It was a pretty laid back weekend around here. Honestly, I had absolutely no plans, and usually, that’s my favourite thing in the world because I can just be lazy – something that doesn’t happen all that often. This weekend, however, I really wanted to stay busy. My roommate was busy helping her sister with preparations for her sister’s wedding on the 12th, so I was left to my own devices. What’s a girl to do?

Well, I decided to check out the fall foliage because, hey, when in New England, do as the the New Englanders do, right? It was beautiful. I can tell you this with utter sincerity. Arizona, if and when that time comes, isn’t going to be able to even hold a candle to this: 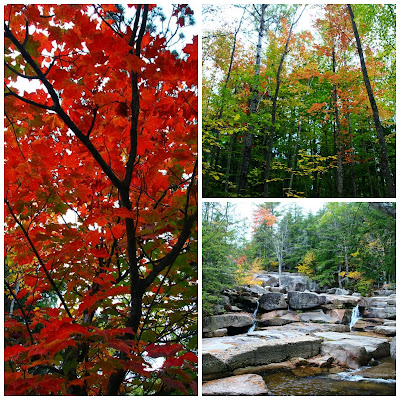 In other news, I spent half my weekend craving Chinese food but abstaining because I fear the sodium content, and I’m doing my best to be a healthy (read: not restrictive) eater. So, I decided instead to try my hand at making my own version, and it was bomb! I made my own version of General Tso’s chicken, plus cauliflower fried “rice” inspired by this. I’ll post the recipe tomorrow.

Other than that, nothing really happened. I joined a gym that agreed to let me join on a month-to-month basis because Ryan’s in the Army, and I don’t know when (or if) I’ll be moving. So, now that it’s back to the grind, I have three more days till I head to Utah! I’ll be visiting some old school/swimming friends and spending some time with Ryan and his family. Needless to say, the countdown is on!