is the fact that Ryan and I are going to have the opportunity to start some of our own holiday traditions.

Christmases have always been spent at my parents’ house in northern New Hampshire.

We’re doing the same this year because we don’t even have a house yet, and we’ll probably do it next year, too.

But still…it’s an incredible thing to think of us finally being able to carve our own niche.

Christmas Eve always involves the most delicious beef Wellington, courtesy of my father,
a midnight candlelight Christmas Eve church service,
plenty of inappropriate board games (read: Cards Against Humanity arrived yesterday),
too many sweets and the best people in the world.

We have our own little New Year’s traditions, too.

When my brother-in-law’s sister, Rachel, lived in New York, New Year’s Eve was always spent in the city.
We’d overindulge in Korean food in K-Town then play board games until the fireworks started.
This year, for the second year in a row, we’ll be enjoying Boston on New Year’s Eve, instead. 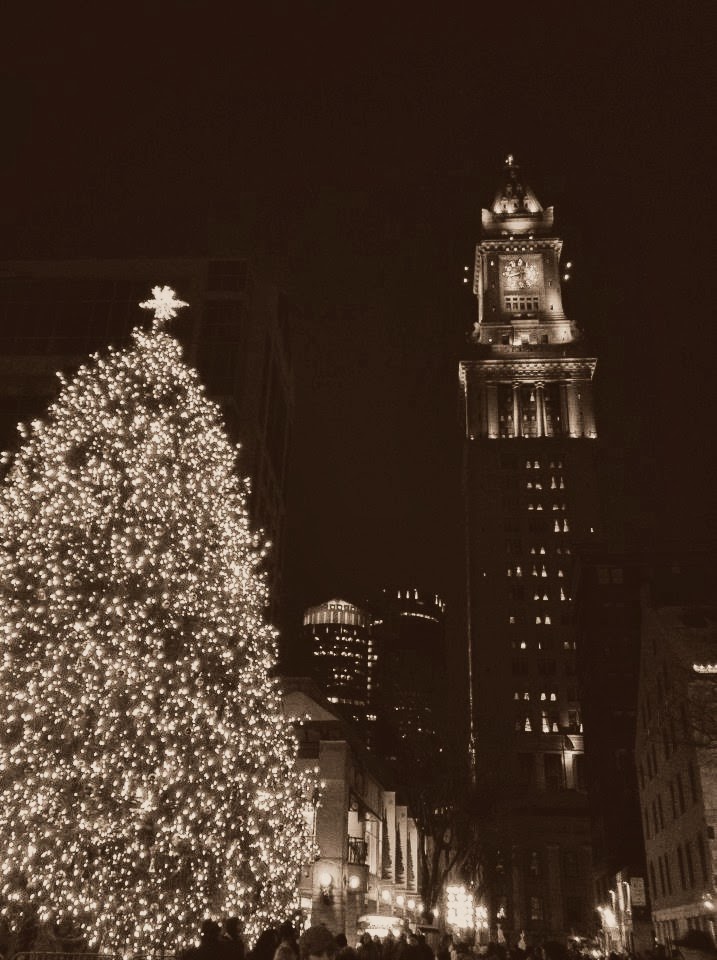 I’m so, so excited that Ryan will actually be able to spend this holiday with us because training
has always prohibited him from doing so for the entire time we’ve been dating.
Now, however, we’re going to overindulge in delicious treats from The Melting Pot,
listen to fun Irish bands at Mr. Dooley’s and ring in the New Year with our loved ones all together!

I have no idea what sort of traditions Ryan and I might have in the coming years,
but I can almost guarantee that they’ll involve standup comedy or karaoke in some way, and I love that.
I have butterflies just thinking about it 🙂

What sort of holiday traditions do you share with your loved ones?