It is less than one month till the big day!

I’ve been procrastinating lately, mostly because there’s not too much to do,

but also because time is dragging, and I’m hoping doing it all in the last few days will make the time go faster.

I’m driving up to my parents’ again this weekend though

because I have my final dress fitting (!!!),

and my mother and I are going to attempt to conquer the centerpieces and favors.

We did decide the actual centerpieces, but I’m saving those to share after the fact.

For the favors, we’ve toyed with a few ideas,

but we think we’re going to stick with our favorites – hot cocoa – and play off the cold winter months.

We also decided we’re not going to do a seating chart.

Instead, we’re going to do simple little place settings,

again, playing off the winter month. Guys, I really can’t express to you how very excited I am.

There are some butterflies,

but they’re most definitely the good butterflies.

Ryan is going to be flying into Boston for Christmas, the wedding and our honeymoon in just two weeks.

It’s getting real now, and we’re getting so so so excited.

I think it’s safe to say that we’re (mostly) ready!

Now, if anyone has some advice on how to write and read my vows without a full-scale meltdown,

that would be awesome.

We’ve got nadda thus far except a few dustings.

I’m really, really hoping that the big day looks like this: 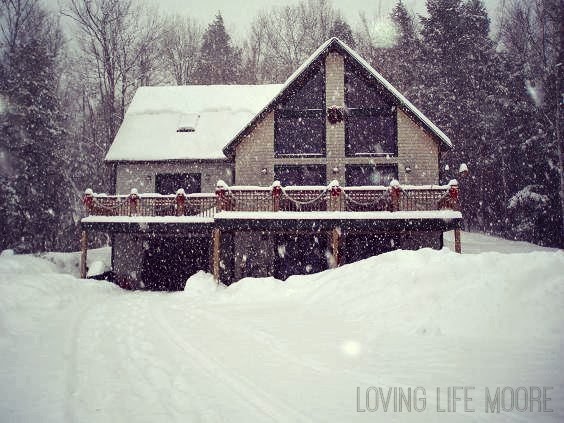 Wouldn’t that just be the most magical thing ever?

Let’s make it snow in New Hampshire for January 4th!