You’ll have to forgive the supreme lack of variety with our pictures thus far.

We haven’t received the full proofing gallery yet, so I’m working with the 20 that I’ve seen thus far.

so I’m sure I’ll share more pictures down the road, as well.

The days leading up to our wedding were rife with blizzard conditions and freezing weather,

but our wedding day was sunny (albeit freezing) and absolutely beautiful.

After getting ready at the manor all day and not seeing him, I was more than ready to marry Ryan,

and the aisle for him to give me away. 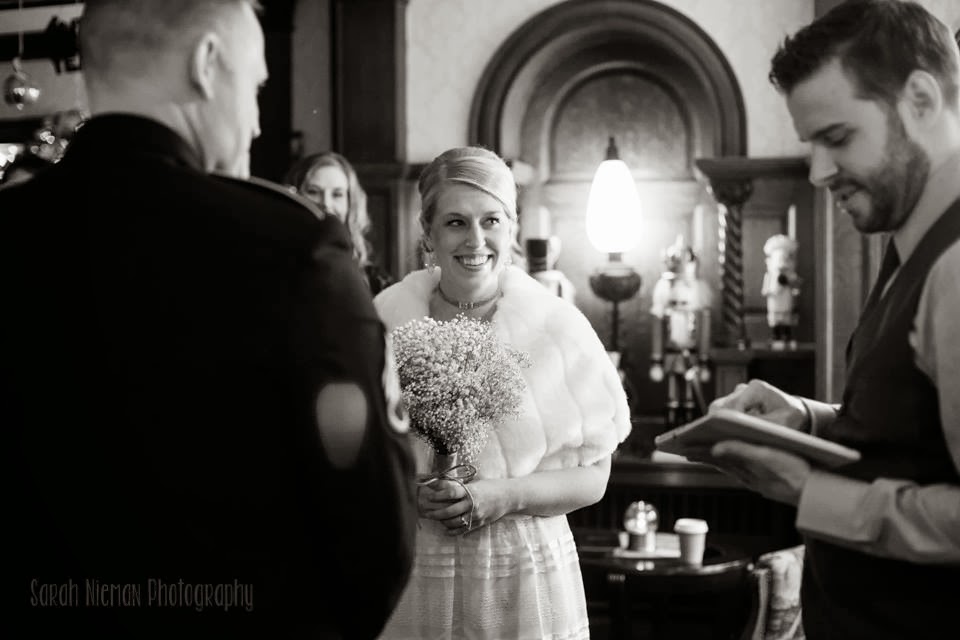 My smile was a mile wide the entire time

except when I said my vows because I was this close to absolutely losing it.

Yet, I held it together as best as I could, paused a few times, and I made it through my vows like a champ!

As an aside, Ryan memorized his vows…he wins. 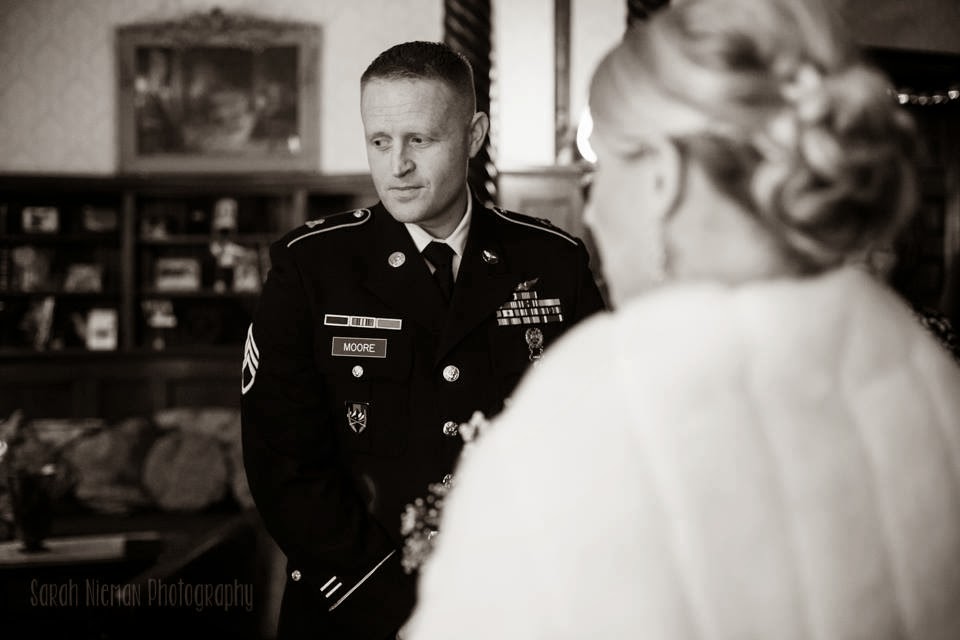 Our minister, Ben, is a family friend, and he perfectly captured the feel of the day in the ceremony.

We wanted a traditional feel with Mormon verses sprinkled throughout, as well,

and I think that Ryan’s parents were really touched that we did this for them.

I can’t explain how fast the ceremony flew by though.

Ashley and I had been texting the days prior, and she told me to breathe and enjoy the moment

because it would be gone before I knew it, and she was so right.

It felt like it was over in mere moments, though the ceremony was close to a half hour.

Before I knew it though, Ben was announcing us as husband and wife, and his grin definitely mirrored my own.

We decided to brave the arctic temperatures for a few outdoor pictures after the ceremony,

and we’ve only received two of our portraits thus far, but we’re absolutely in love with them.

Ladies, I’m a lucky, lucky woman to have this handsome man as my husband! I’ll have a few pictures of the details tomorrow,

and I’ll be sure to post more of our photos once we receive them,

but I couldn’t help but share what we do have in advance because it all just went by so fast.

Ladies, if you’re getting married, savor every single moment because it will be gone before you know it!