I’d be lying if I said getting used to all these changes was easy.

It’s been an easy transition living with Ryan every day,

but living in Arizona, learning to be an Army wife, trying to make new friends & working from home has been tricky.

If I’m being entirely honest, I’d say that I’ve been feeling a bit isolated.

That doesn’t mean that Ryan and I aren’t having an absolute blast though.

My blood sugar was just way too low, so we’re still juicing, but I’ve added some healthy proteins.

Our concoctions have been colorful, delicious and nutritious though! 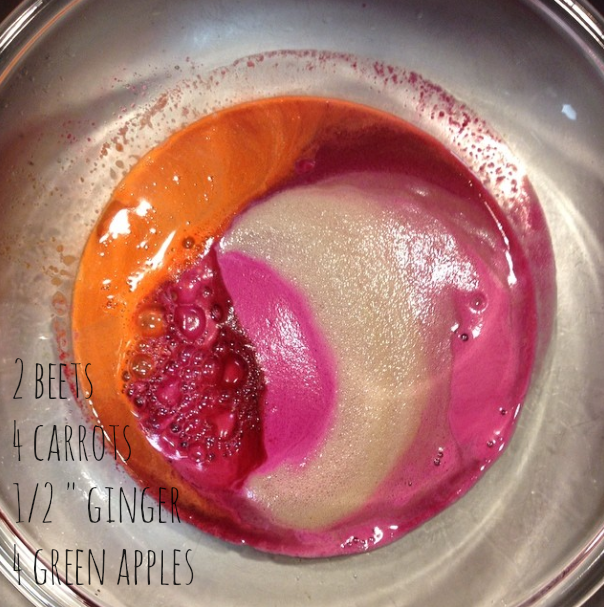 For Valentine’s Day, Ryan hired a masseuse to come to our brilliantly unfurnished house to give me a massage.

It was a sweet, thoughtful and loving gesture because he knows how stressed I’ve been.

This week, Ryan’s been assigned over to nights,

which means his hours for the next month will be from midnight to 8 AM, when he’ll have PT.

I’d be lying if I said I was thrilled about that,

but I also know that it’s harder on him than it is on me, so I need to be strong.

This is going to be a year of changes – good and daunting.

The good thing is that we’re working towards making our little house a home,

and we purchased two couches, a desk to refinish and an incredible bed frame this weekend –

all of which should make all these transitions a little bit less insane.

We also booked a cruise this weekend.

Since Ryan will be leaving for WOCs at the beginning of June,

we decided a Mexican Riviera cruise was in order for late April.

We’ll get to spend some time together before our lives get thrown into a little chaos again,

and it gives us something to look forward to, as well.

I know that my posts probably seem a little down lately,

and I promise I’m really not down.

I am so lucky and so blessed.