I’ve lived on post at Fort Huachuca for a grand total of 2 weeks now.

Two weeks and one day, actually,

and let me just tell you…there are so. many. stereotypes. about Army wives!

Well, I’m sure any military wives, for that matter.

But, seriously, holy hell…it’s pretty insane the things that are said about us.

Yesterday, a snarky man at the supermarket off post

asked why I had organic ingredients and grass-fed beef in my basket,

which the commissary didn’t have the other day.

Before I could answer, he told me that dependapotamus women usually didn’t eat healthy.

When I googled that term, this is what I found: 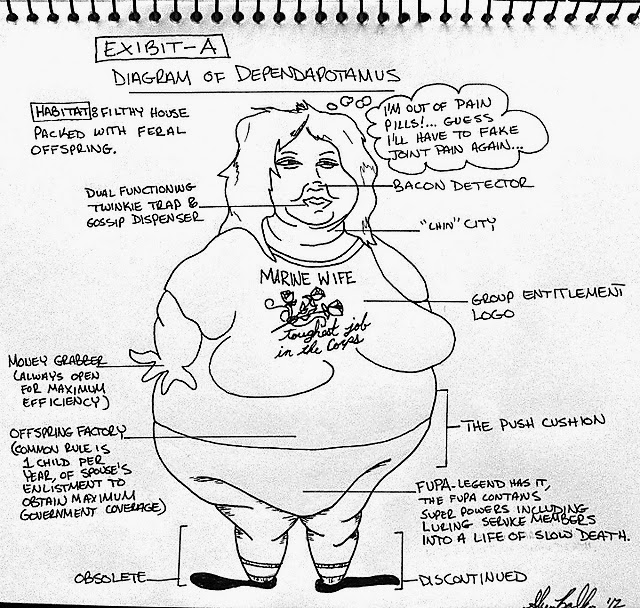 
Yeah, it’s pretty horrendous, if you ask me.
Here’s the thing:
I’m new to the whole Army wife thing, but I will tell you that we shoulder a lot of the burden for our spouses.
We get a bad rap from a lot of people because a lot of our lives are on the government’s dime,
but we do it at a great cost, for the most part.

It amazes me that there’s so much judgment directed towards military wives.
I kind of get why we’re generally a tight-knit group now.

Regardless though, I refuse to fall into any sort of stereotype that people set for us.
Ryan and I signed up for an 8k on post this coming Saturday, in which we’ll probably die,
but we’re going to try our best!
We’ve kept up juicing, but we’ve added in a few proteins,
and we’re feeling like lean, mean, fighting machines.

Bring it on, stereotypes!