with all the insane bodily (and hormonal) changes going on right now,

eating is more often than not just the last thing on my mind – even though I know baby needs eats.

So, Ryan and I have been working hard to get a punch of nutrients whenever and wherever we can.

I seem to be alternating between one really good day and one totally nauseous day,

so we’ve been sticking to juicing and smoothies on the not-so-good days. 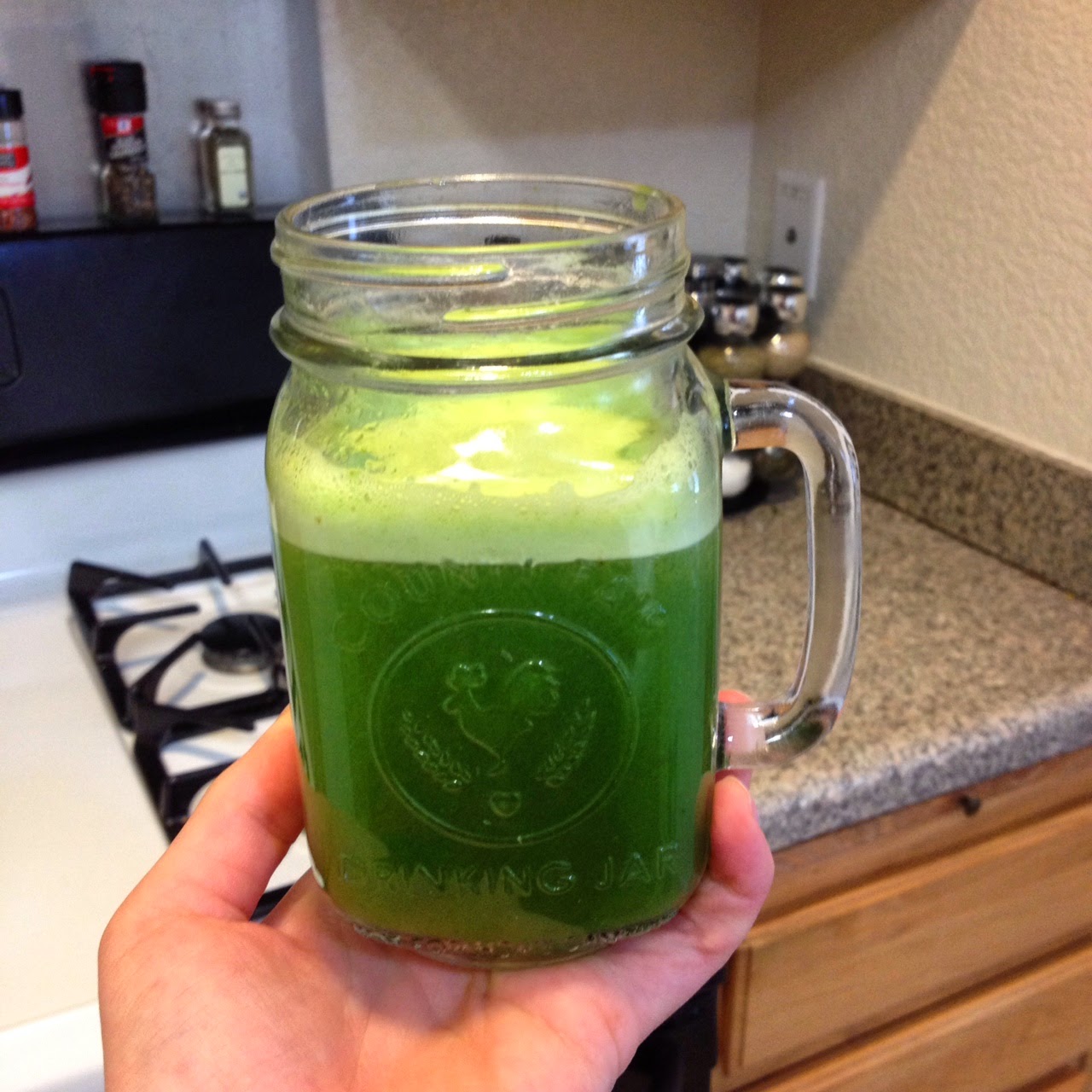 That is a power-packed cup of juice that contains no more than about 70 calories,

but it has so many nutrients in it that even when I’m queasy, I can keep it down.

You might remember that Ryan and I used to juice fast,

and although I’m not fasting anymore, I’ve been working hard to incorporate this into my routine.

For this green juice, we used:

The ginger and the apple give it a sweetness that masks the earthier flavors,

but they manage to keep the sugar content down.

One think we’ve learned about juicing is that the more fruit you use,

the less overall healthy it will be for you.

Other than juicing, I’m sticking to about 5 small meals a day, so long as my stomach can handle them.

Between juicing, smoothies and toast, I seem to have enough energy to run and work out,

which is really my plan for now,

and I’ve been pounding water like there is no tomorrow – if only to flush my system.

The other day I had the most insane and insatiable craving for chocolate milk…with limes.

This baby wanted full fat chocolate milk with limes in it.

It should have been disgusting, but it was like heaven in a cup.

So, to spare you guys future nausea,

I’ll refrain from sharing those disgusting bits, and instead just share the delicious juices…