Cabo San Lucas was our first port of call on our Mexican Riviera cruise,

and it was a great way to kick off Ryan’s and my first real trip to Mexico.

(I say “real” because I’ve been to Mexico before, but it was for hell week in college swimming.)

Since this was Ryan’s first cruise, we decided to do a few shore excursions to get a taste of Mexican flair. 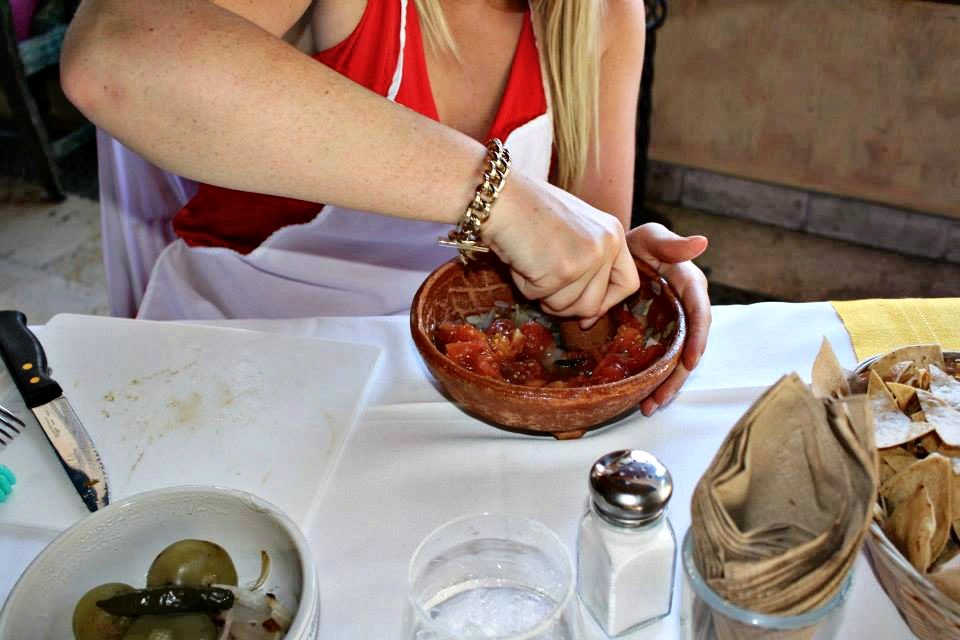 While in Cabo, he requested we do the Salsa & Salsa experience.

Basically, we took three hours at a gourmet restaurant, learned how to make 6 classic salsas,

and then we attempted to learn to Salsa dance.

It really was an attempt, my friends, because what we didn’t know is that there were

margaritas…bottomless, mind you, throughout the day. 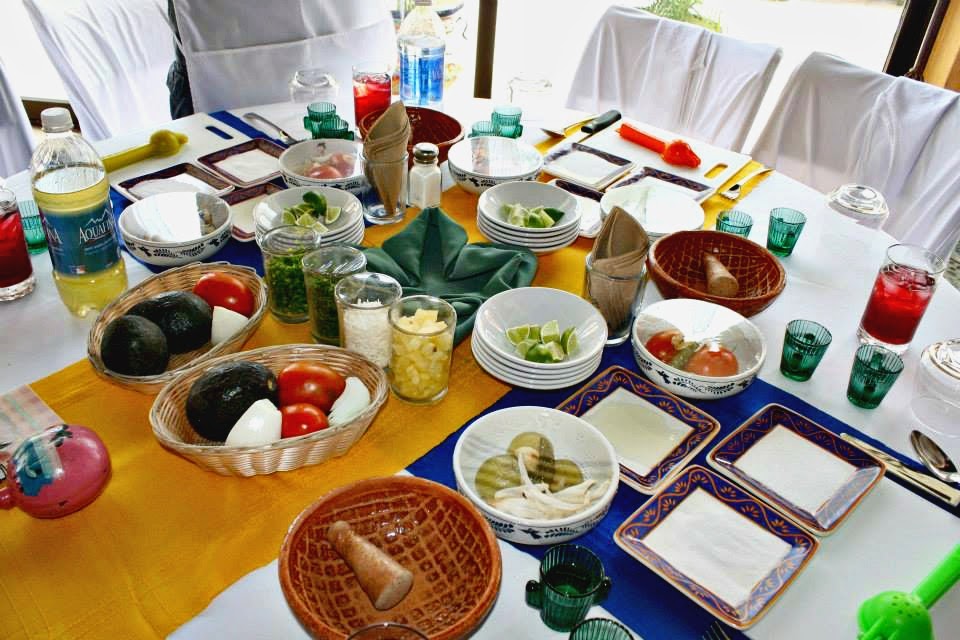 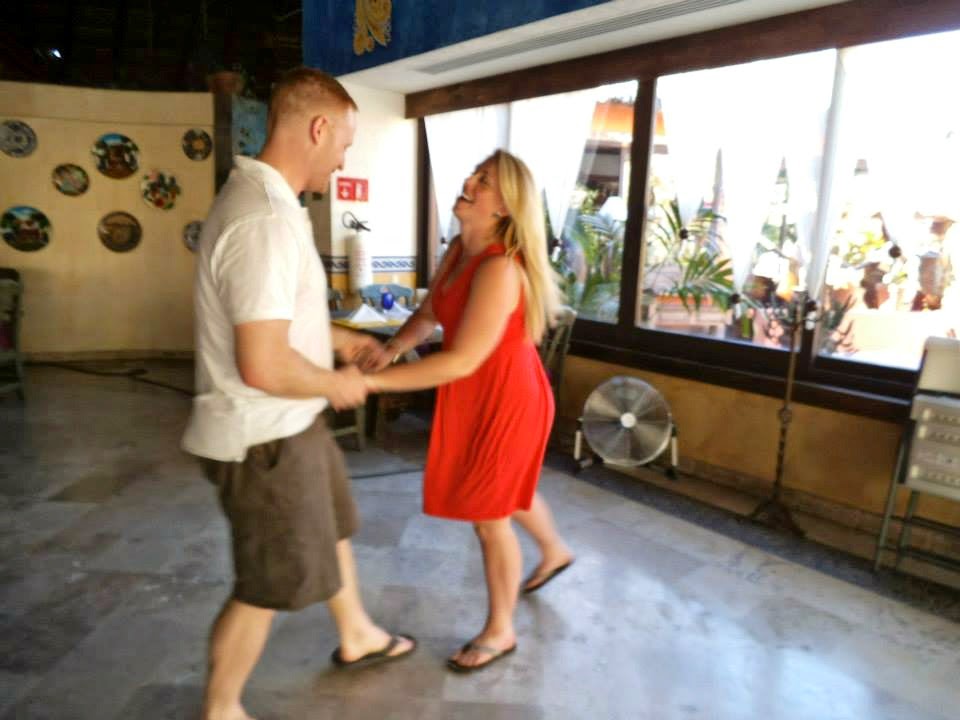 After all of the debauchery, we still had a few hours before we needed to be back on the ship,

so we figured we should take the chance to check out the sights and go to the beach.

Cabo was so colorful and alive – mostly because it was in full spring break swing,

but we really enjoyed the spring colors, the happy people and the great sights. To get to the beach, visitors either have to go by taxi on land or by water taxi.

We decided on the water taxi because it was a great deal ($10 for the both of us, roundtrip),

and he would come back for us at a specified time.

He asked if which beach we wanted to go to, and we told him anywhere but Medano

because all the little college spring breakers were partying hardcore there…and we’re too old.

He took us out to see Los Arcos (the arches) instead,

and then he took us to the locals beach, which was absolutely stunning, quiet and so relaxing. 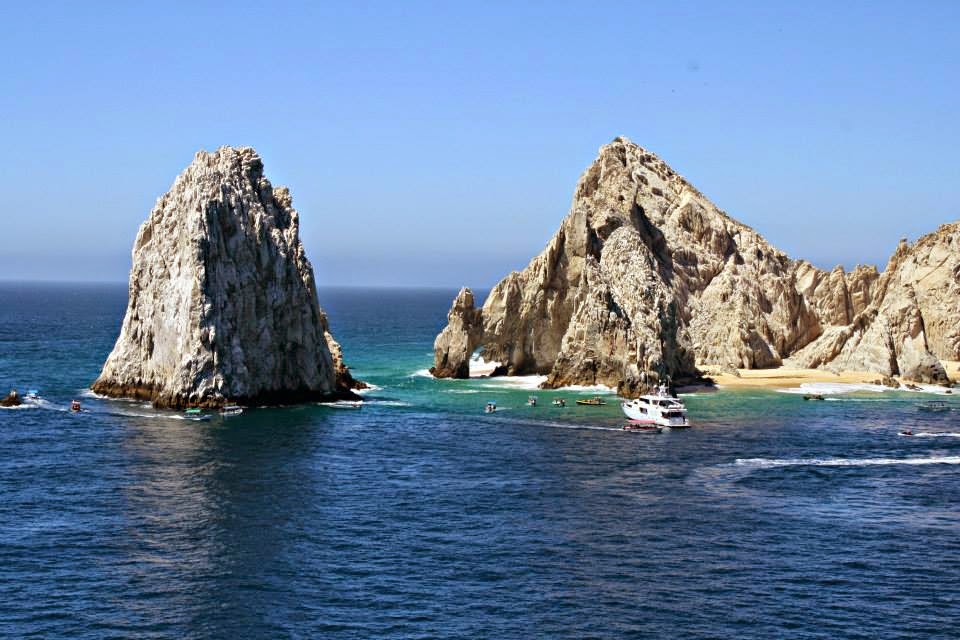 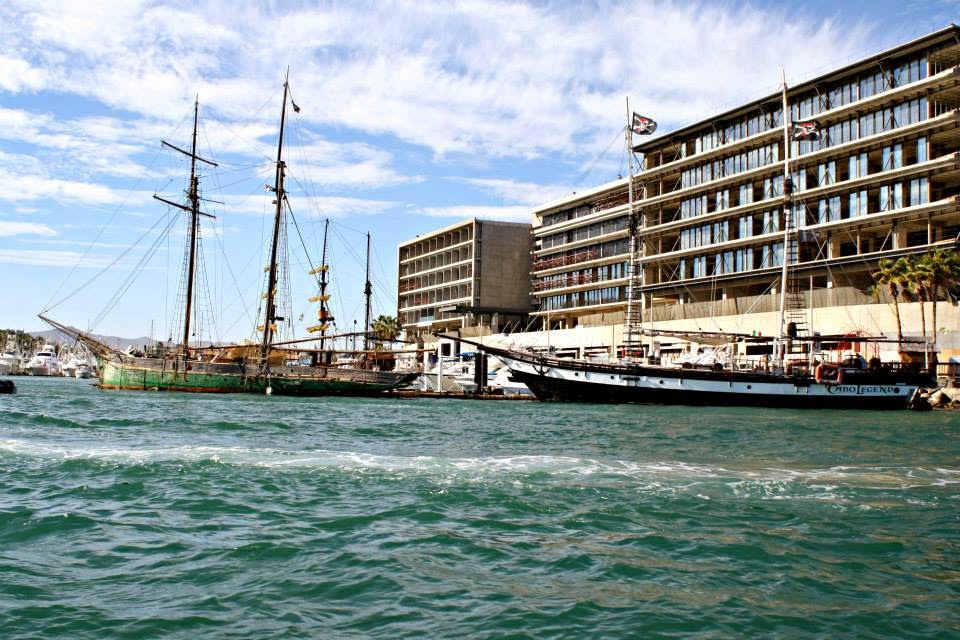 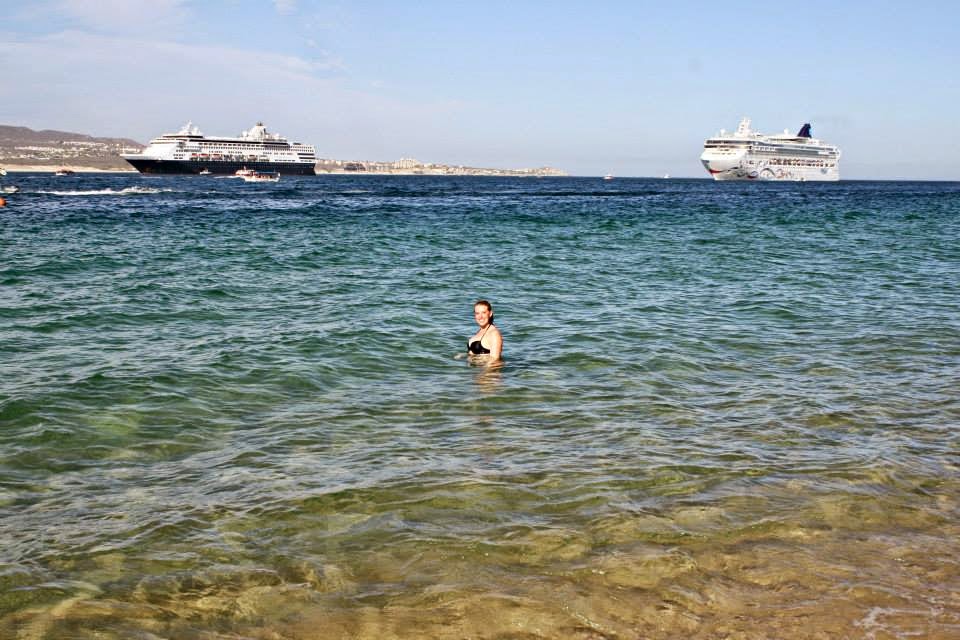 Because Cabo’s port is so small,

the ships tender out at sea, and we take the lifeboats to shore,

so we had a great view of both our ship and the Holland America ship that was following the same itinerary.

The water was warm, but because it was late March, it wasn’t unbearably so,

our first day…Ryan was displeased.

Anyway, he sat in the shade to protect his fair ginger skin while I soaked up the rays

until a local approached us and asked us to hold her iguana. 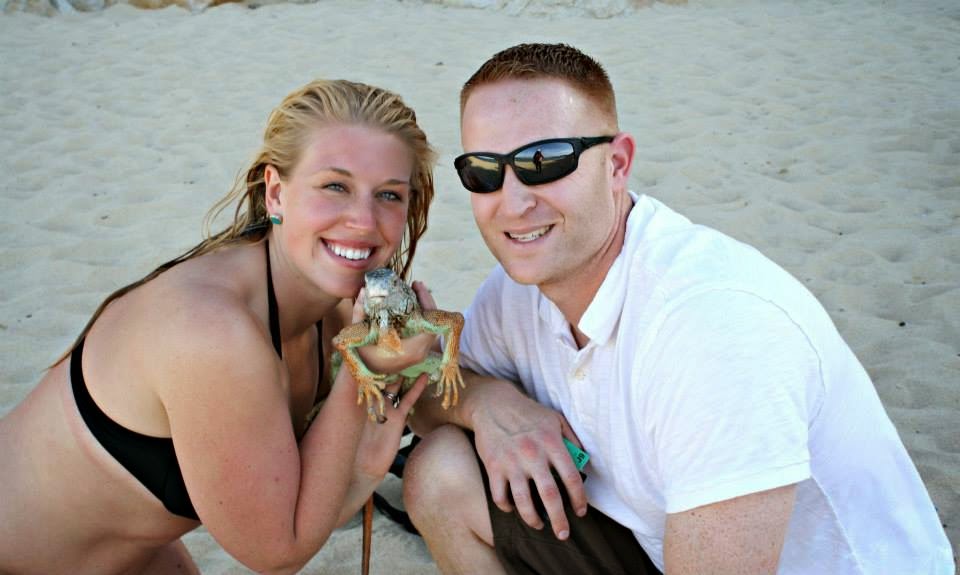 Oh yeah…holding the iguana cost us $5…which we found out after we held the iguana.

Yes. We were those tourists.

Honestly though, Cabo was beautiful.

We wished we’d had a little longer to explore the city and the other beaches,

but we were so happy to eve have the day there.

Trust me – if you ever have a chance to visit Cabo, do it.

I have a zillion more pictures, but I’ll save you from the overload and leave you with these favorites of ours. Tomorrow I’ll be recapping our stop in Mazatlan.

It was about a complete 180 degree turn from Cabo, but we’re still so glad we went,

and we definitely had a ton of fun!