I’m crossing my fingers and toes because besides heartburn & cramps,

morning sickness really hasn’t kicked my butt too hard yet (though I might regret saying this later.
I’ve been working hard to get in the gym every single day that I emotionally can
because I’ve made a lot of health and fitness progress this year that I don’t want to lose.

I’ve learned that pregnancy isn’t all glows and beautiful baby bumps though,
and I’m a big fan of being one hundred percent honest here on the blog,
so bear with me while I reveal some of the not-so-pretty truths about pregnancy, too.

Mood swings are par for the course.
Yesterday, I was having a bad hair day, which quickly escalated into a full-scale meltdown
in which I became convinced that Ryan would leave me after I got “fat and ugly.”
Bless him, he held his laughter in until after he left the room.

Flatulence is an everyday occurrence.
It’s disgusting, my friends, but it’s a truth worth sharing.
Growing a human has made me into a farting machine,
and though I blame it on our baby, which we call “the ficus,”
there’s really no hiding the fact that it’s just not a pretty side effect.

Exhaustion is always lurking around the corner – everywhere I go.
It doesn’t matter if I have 8, 10 or 12 hours of sleep, it never seems to be enough.
Our little ficus has disrupted my sleeping habits and makes me wake up 4+ times a night to pee,
plus apparently 2 AM is an appropriate time to be wide awake.

But, there are some wonderful things about pregnancy, too, I promise!
I swear to you that my skin has never looked better.
My nails are strong and pretty (ready for a spa day this weekend,)
My appetite has diminished, which means I pay less for groceries for Ryan and I.
Annnndddd many naps = many cuddles with my crazy kitties: 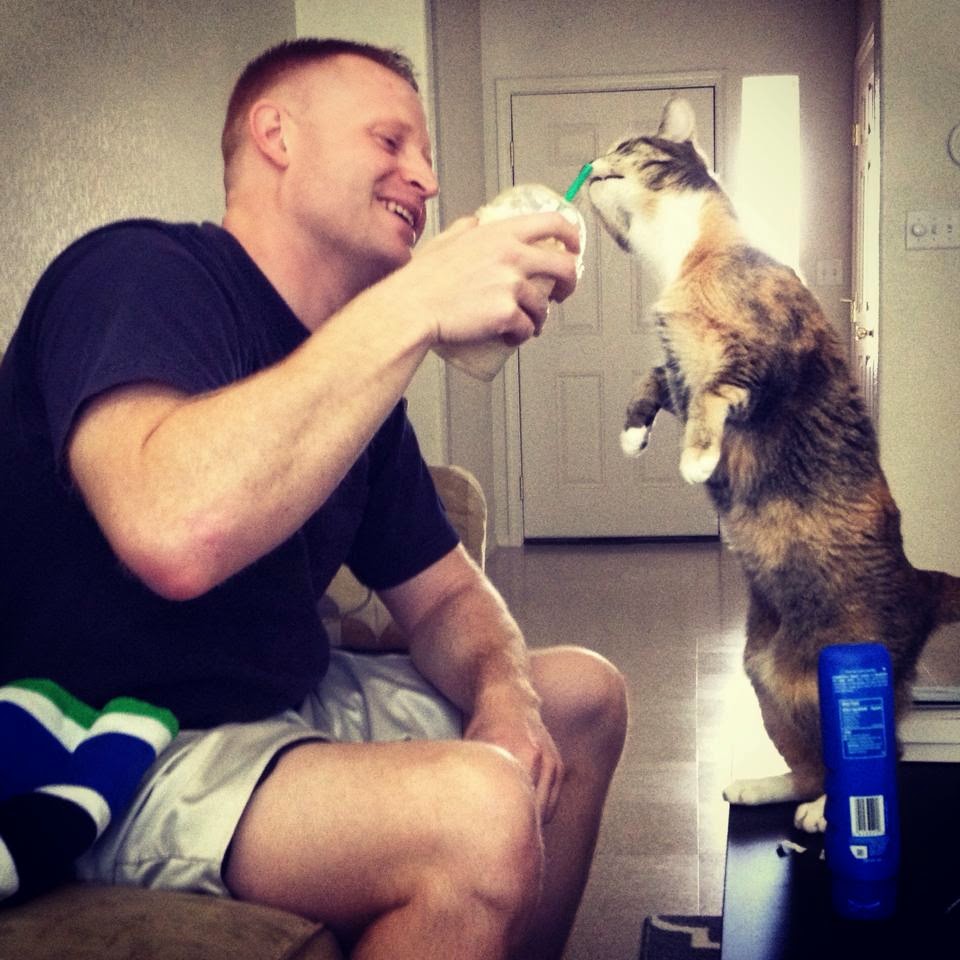 We decided to start documenting the bump, or lack thereof, next week,
though I’m not sure if I’ll share right away because, let’s be honest…there’s nothing to share yet.
Except the bloat…and gas…which I won’t share.