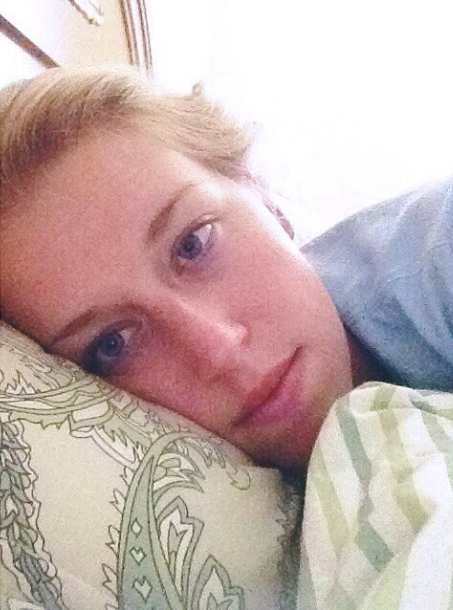 I may be speaking too soon here, but barring the insane fatigue that continues to plague me,

my morning sickness seems to be lessening a little bit.

but I still have those fun food aversions as before,

and I have a feeling those might stick with me for a little while longer.

I’ve been doing a lot of reading and research lately to discover what is normal about my symptoms,

My mother is uber-European, and she told me, sweetly, that morning sickness is an American thing.

Have I mentioned I love her a freaking lot?

But seriously…I’m just ready for this first trimester to be over already.

I know that I’ll be gaining weight like crazy from the second on,

but I figure I haven’t gained anything (except bloat and water weight) yet,

so maybe I’m on the right track.

That’s been alleviating my fears about that aspect of pregnancy thus far.

I’m not looking forward to going through this alone with Ryan headed off to WOCs.

He might bear the brunt of most of my moodiness,

but he’s been a godsend, as well, and he’s kept me mostly sane throughout.

I’ve been fighting my own psyche to get in the gym most days right now,

simply because I feel like I got hit by a truck then run over four times…on a good day, that is.

I’m forcing myself to do my workouts earlier and earlier in the mornings, too,

because by 12 PM, my body is slowly but surely melting down,

and by 2 PM, I could totally go to bed for the night.

We’ve bought one thing for the baby, and that’s a crib.

The only reason we bought it is because I knew exactly what I wanted,

and Ryan, being the saint he is, gave into my pleadings and said we could buy it before the other stuff.

It now sits in a box in the garage waiting to be assembled.

In November, I’m sure.