I’m a terrible blogger, and I’ve come to terms with that fact. Honestly, I’m okay with it because I’d rather live my life in the present and worry later about not having posted. Life is oh-so-sweet lately. Things are slowly but surely trucking along with this pregnancy, and while I’m excited for it to be over, I’m also totally okay letting it drag along for a while longer. Here’s a little bit of what’s going on around the Moore household though…because, let’s be honest, I’m an unreliable blogger at best. 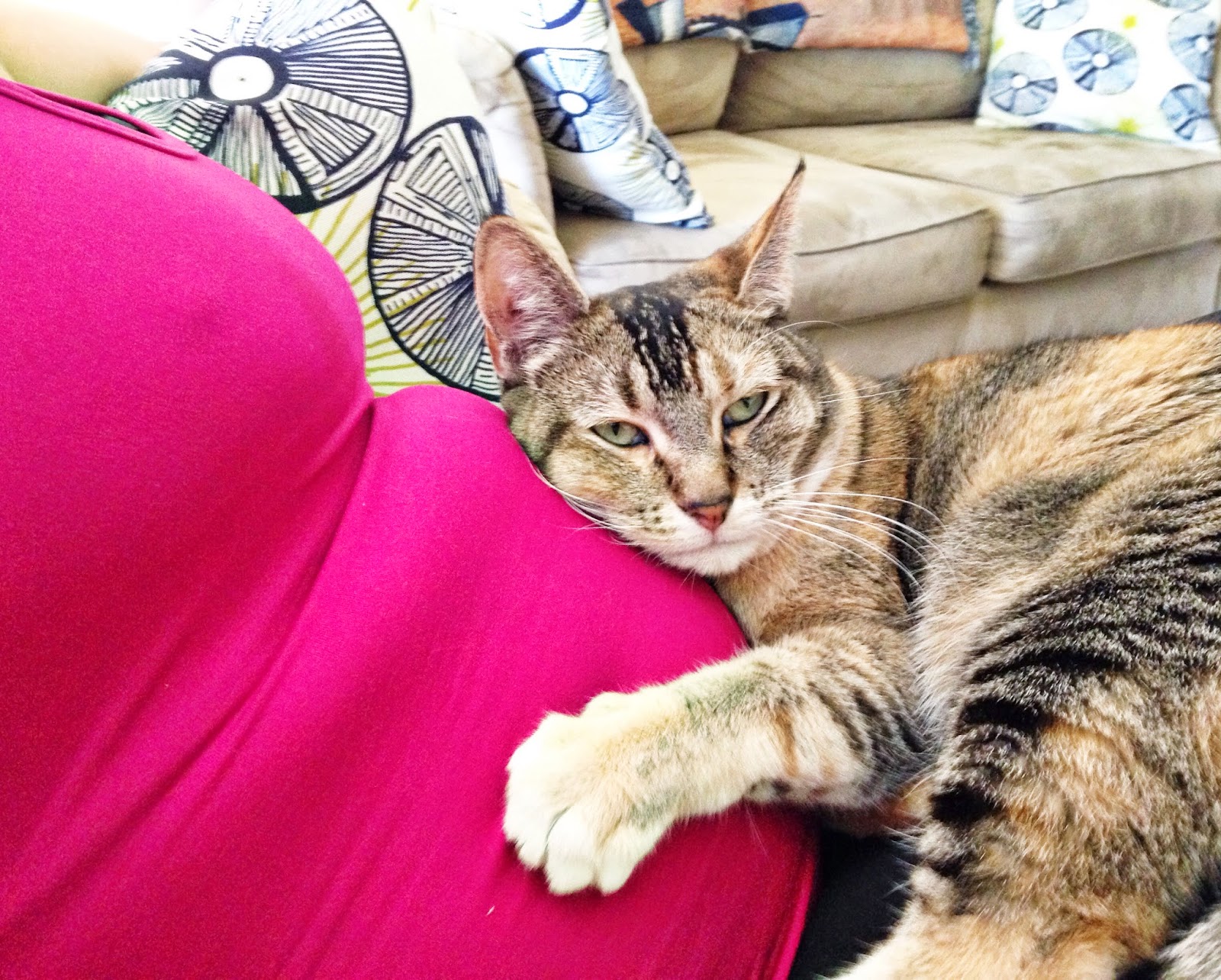 ^^^ Ignore the awkward belly…it was all squished. Stella, however, was giving baby a hug. I died.

~ Ryan is HOME! He was supposed to get back home on Friday the 26th, but he got released from BOLC early, and he got home Tuesday night. I can’t tell you how good it is to have him back. He’s so amazed by this growing baby, and he’s in love with our stroller. He wants our baby to be here just so he can push it around.

~ We’re in the process of deciding when/how to relocate to Fort Drum. Ryan’s current report date is January 2, 2015, but my OB requested an extension through January 26th. We’re hoping to honor that January 26th report date, but planning to move back East just after the New Year. That should give us time to settle in before he’s back to work, too.

~ I am 29 weeks tomorrow, which is both terrifying and exciting. This baby is officially viable, which means he/she would most likely survive if, for some reason, it was born early.

~ I am still running, which is a feat in and of itself! I did a 2-miler yesterday, and it was a struggle, but I did it. I’m also doing a lot of bodyweight exercises and HIIT at home, which feels amazing. I’m pretty amazed by what my body is capable of.

~ My parents are coming to visit in just over a week, and I am so excited. My father is a genius (literally), and he’s so excited to see the UAVs (drones) on post and “learn” from Ryan. My mother will be here for my Arizona baby shower, too, which I’m so excited about.

~ I went to Utah last weekend for a baby shower, and 18 of my college friends were invited, as well as my mother-in-law, sister-in-law and niece. Nobody came besides my family and the hostesses. I wish I was joking buttttt I’m not…and I’m over it now 🙂

~ I am in a constant state of flux between nerves, excitement, joy and sheer terror about baby Moore’s impending arrival. My newest fear is that I won’t love our child enough, or that our freedom will be completely gone. I’m sure I’ll get over these in time.