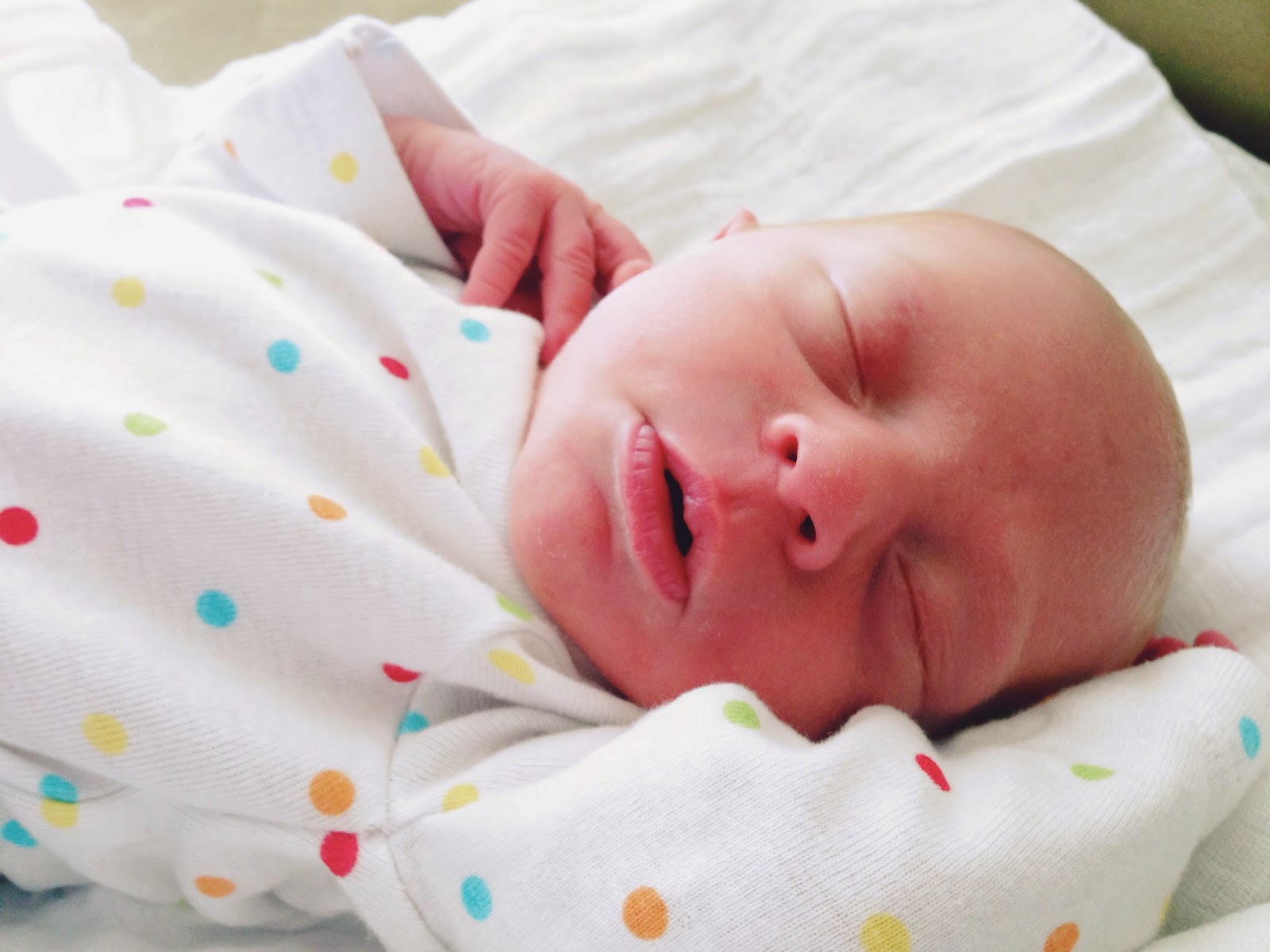 I’ve been meaning to sit down and blog for a few days now, but words can’t describe how very much having a baby changes your life, your priorities…and your daily timeline. It’s been 6 days since this nugget was born, and our lives have changed immeasurably. Of course, there is the extreme lack of sleep, the delirium that comes with said lack of sleep and the mama brain that causes me to forget everything at the drop of a dime. However, there’s also this amazing fullness in our hearts that’s nearly indescribable. Spencer is perfection, and when I look at him, I see his father – and that just about brings me to tears.

I don’t want to write a traditional birth story for little Spencer Bruce, but it was a whirlwind week when he was born. So, I’ll try to process it as succinctly as possible. Last Monday, my OB had ordered a 38 week ultrasound because he thought my amniotic fluid might be low since I was measuring a bit small. We had the ultrasound, peanut looked great, and I expected to hear that the plan was the same – induction on the 8th if baby hadn’t arrived. On Tuesday, however, I had my OB appointment, and he said that the scans showed Spencer had stopped growing around week 36. He said it wasn’t terribly alarming, but since the baby was on the small side, they wanted him out, rather than in.

So, in a matter of an hour, I was scheduled for a mandatory induction starting late Wednesday afternoon on December 3rd. I was to go in, start Cervidil at 4 PM, then start Pitocin at 4 AM if my labor hadn’t progressed enough. It was shocking, exciting and a little terrifying, but we were definitely ready. The Cervidil started contractions pretty quickly, but I didn’t dilate much. Overnight, they noticed Spencer started having decels – his heart rate would go from 150 to 67 in a matter of seconds, then level out again. So, they kept me on the monitors all night, and I didn’t get a ton of sleep. At 5 AM, they started the Pitocin. Let’s just say that that drug did its job. My water broke at 9 AM, and then my contractions really started up; quickly progressing to around 2 minutes apart. Guys, the pain of contractions on labor-inducing drugs is indescribable.

I was also group B strep positive, so I was put on IV penicillin, which compounded the pain. I tried to fight it but by 12 PM, I was in agony, and I opted for the epidural. Though I’d hoped for an all-natural birth, the epidural was amazing, and I was able to get an hour nap before things got real. They noticed that unless I was on my right side, the baby’s heart rate would decel again, so they put a scalp monitor on him and tracked it that way. By 4 PM, I was complete, and they told me I was going to do some practice pushes. My nurses, however, said that it was insane, but they could already see the head.

Once I learned to bear down and push properly, they quickly called for the doctor, saying that they didn’t think it would be long. Frankly, I thought they were exaggerating. I didn’t think there was any way I could be that close, but apparently, I was. I did maybe 12 cycles of pushing with Ryan by my side, counting and breathing with me the whole time. And then, at 4:39 PM, little Spencer Bruce made his appearance known, screaming – and peeing on me – the whole time. It was surreal – I couldn’t believe he was out…and that I was right…we had a son! 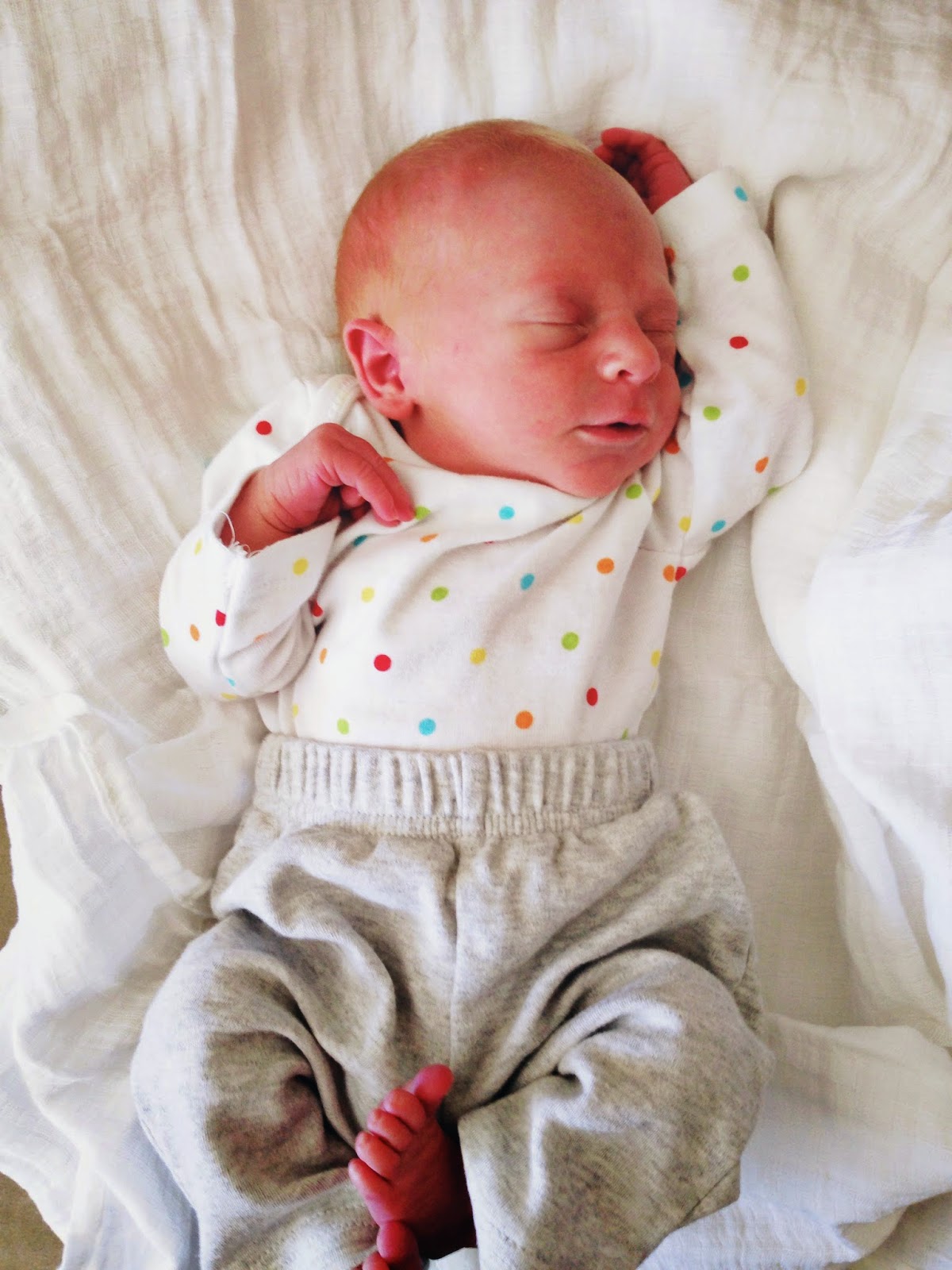 There’s a lot about the night Spencer was born that I can’t really recall…it was so overwhelming. Ryan cut the cord, he was placed in my arms and that was it. We were so in love that it had to be madness. And, to top it all off, Spencer is totally, 100% Ryan’s mini-me, which makes things even more magical. I have two perfect little ginger men, even though Ryan is pretty sure Spence is more blonde than ginger. We’ll see. I have a hunch that I’m right.

We’re learning as we go. This parenting thing is not one-size-fits-all by any means. Spencer has truly been great. He has a wonderful, easygoing temperament, and the only times he really cries are when he’s wet, cold, being changed or hungry. Remedy those things though, and he’s silent as a mouse. He’s observant and sweet, his little old man farts that crack us up, makes the funniest noises when he sneezes and changes a little every single day. It’s remarkable. Even in the middle of the night when I’m at the end of my rope, Ryan’s there to tag-team, and I remember how very blessed I am.

Motherhood is magical, trying, exhausting, emotionally, overwhelming and incredibly, indescribably rewarding. I can’t wait to see what the future brings with our little man. I’ll talk more about Spencer’s name in the coming days, as it has a significant meaning for both Ryan and myself, and I’ll picture overload all your feeds, of course 🙂