Crib training is such a strange process, and I can’t say it’s one that I’m particularly enjoying. In fact, I’ve been dreading it for quite some time. Up until now, Spencer has been sleeping in our room in his Rock ‘n Play. When he was a newborn, it made things a lot easier with the move, plus he was soothed by the gentle vibrations. Honestly, it was a godsend, but at 11 weeks old, we know it’s time to start severing that little cord. 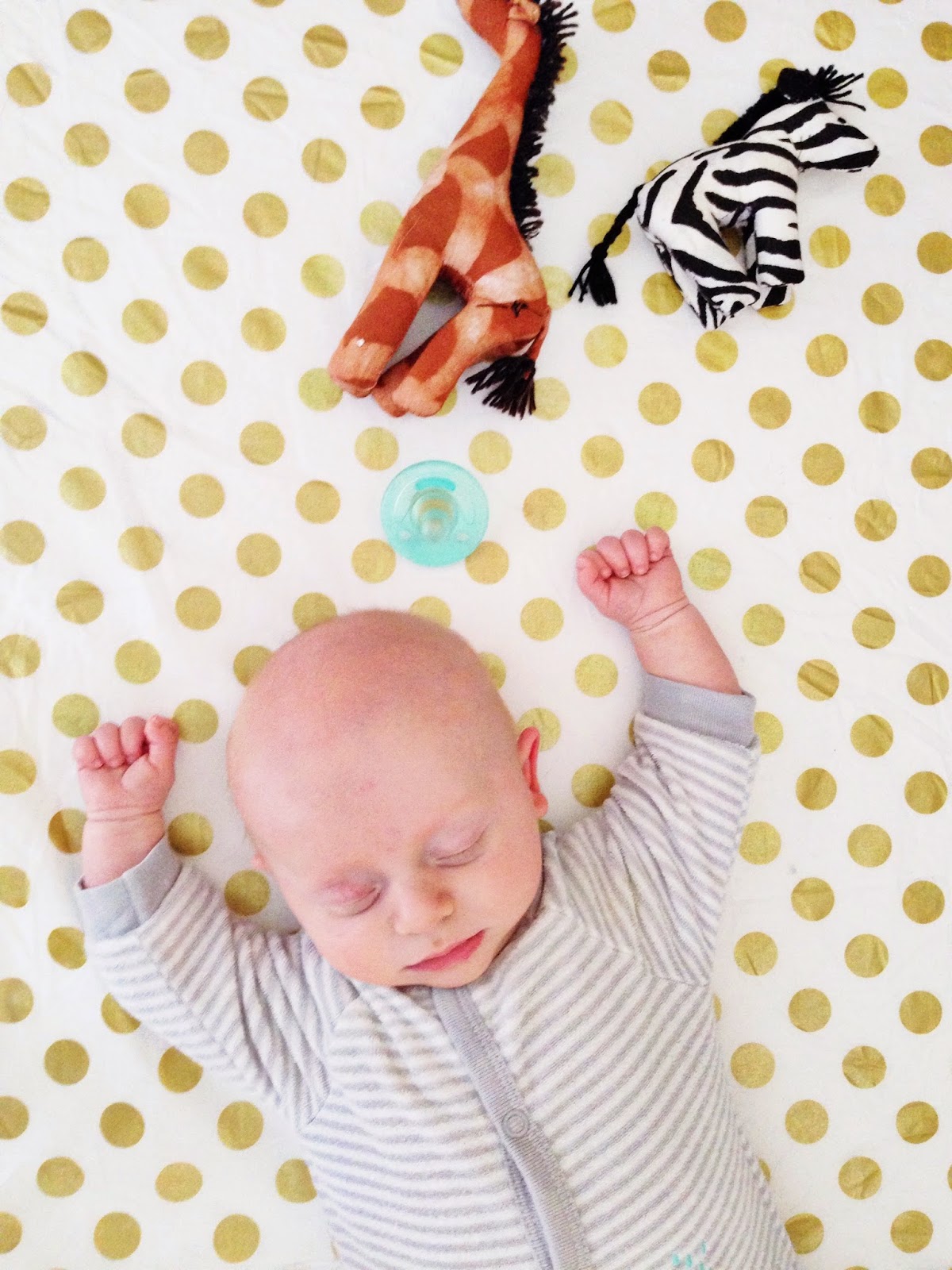 The cry-it-out method isn’t for everyone, and I really haven’t loved it myself, but I know that it’s not harming my son either. With the go-ahead from his pediatrician, we moved him to his crib yesterday, and he’s been doing both naps and his nighttime sleeps there now. Last night was night number one, and it was not easy…like at all. He cried every time he twitched and woke himself up. And while I know it doesn’t harm him to cry, it still breaks my heart to hear his wails.

Cold-turkey crib training is probably not the way to go either, but here’s the thing…if I don’t do it all at once, I’ll be the person to keep him by our bedside till he’s 18 – more for my own sanity than his. As I write this, he’s screaming bloody murder, having just woken himself up by extricating his arms from his swaddle and having a Moro reflex strong enough to wake him with terror.

And yet, while I hear his screams and every fiber of my being is telling me to cuddle him, I can also hear his cries start to diminish as he learns that he can self-soothe. I know he’s okay, and that’s what’s getting me through.

Mama’s…do you have any thoughts or input on crib training? I know it’s very subjective, but I’d love to hear your thoughts!