Two posts in two days?! What is this nonsense?! Seriously though, I now wake up at 5:15 AM. Though it’s super tempting to hit snooze and catch that extra 45 minutes of sleep, it’s honestly not worth it anymore. I have so much to get done during the day and, if I’m lucky, those extra 45 minutes will give me a jumpstart not only on my work day, but the household stuff, as well. Being a mama is an adventure, you guys. If I’ve said it once, I’ve said it a thousand times, but truly…it’s a trip…and I have some confessions to make. 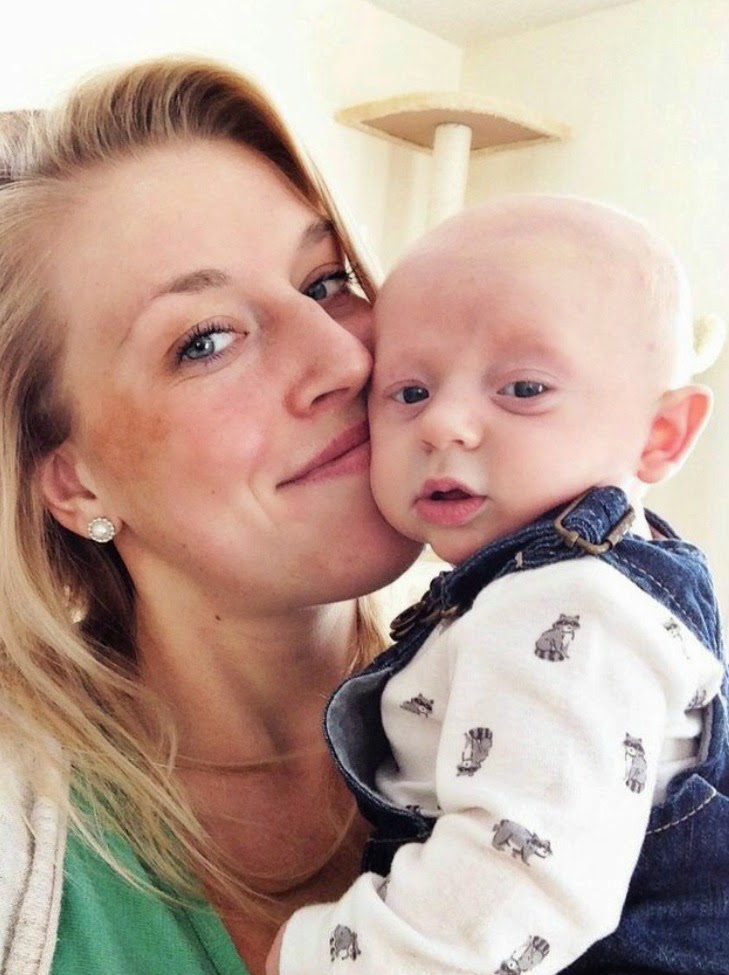 I’m not sure whether that suspicious stain on my sleeve is poop or spit up. And that residue under my nails? Pretty sure that might be poop, despite the fact that I’ve washed my hands five times in the last five minutes.

That faint odor you smell? Breast milk. I swear it’s the most common constant in our lives these days. If it’s not somewhere on my shirt, it’s probably somewhere on Spencer’s. My apologies. Two loads of laundry a day is not enough.

I inevitably time all my errands around feedings and nap times. If he’s napping, I’m good to go. If he might be getting hungry in the not-too-distant future, I’ll hold off an hour or two…and maybe the errands won’t get done.

Sometimes I put Spencer in his Bumbo when he clearly needs to poop. Something about the combination of gravity and being able to bear down forces poops out a little better. Granted, it does lead to the inevitable blowout… 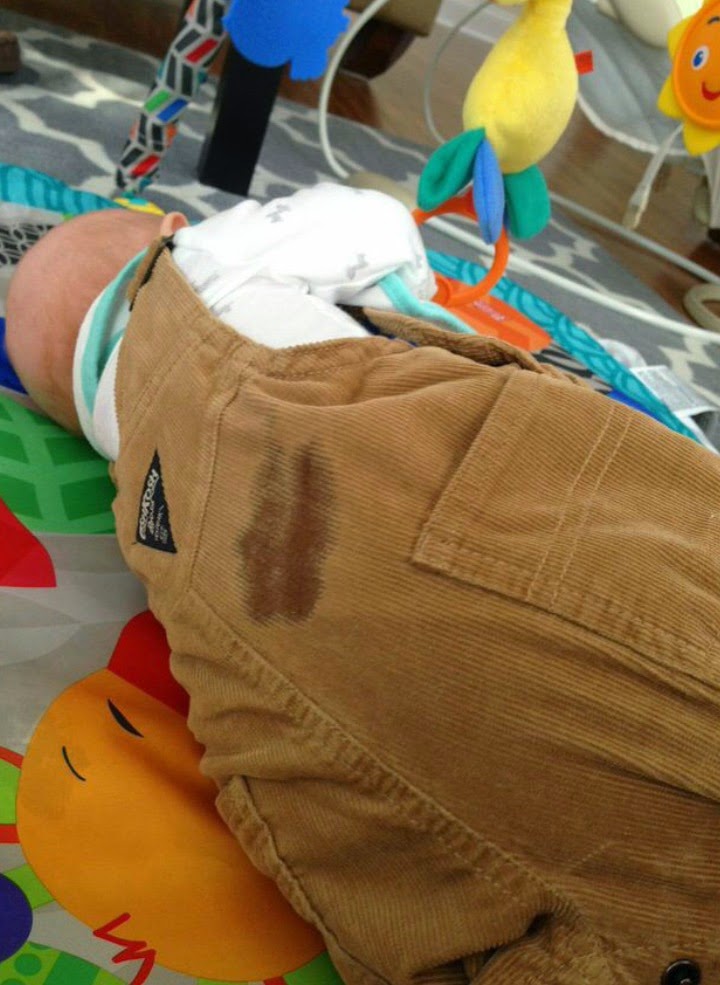 That telltale stain? Yes, my friends, that’s a blowout, and no, the onesie did not survive this episode. There are some stains that just won’t come out.

I’m uncomfortably comfortable with fecal matter these days. Mostly of my son’s variety.

I prefer to have my husband wash my son’s boy bits. This might make me a bad mama, but seriously…I think it’s a little more comfortable if Daddy does that. 😉

My son has approximately one a half billion skin folds. Each and every one of them somehow captures some sort of spit up, vomit, poop, etc residue. Every single one needs to be cleaned, or my son starts to smell like a dirty little monkey. As an aside, I didn’t know that neck rolls could have yeast infections. True story.

I very rarely do my hair these days. In fact, I’m contemplating the mom chop. Truth.

Motherhood is simultaneously disgusting and hilarious, sweet and horrifying. In all honestly, I love it, but my husband and I both agree that babies are the biggest messes we’ve ever had to deal with. It’s a good thing they’re freaking adorable. 🙂

For more amazing mom confessions, please check out Steph’s blog post…hers are much more eloquent than my own.