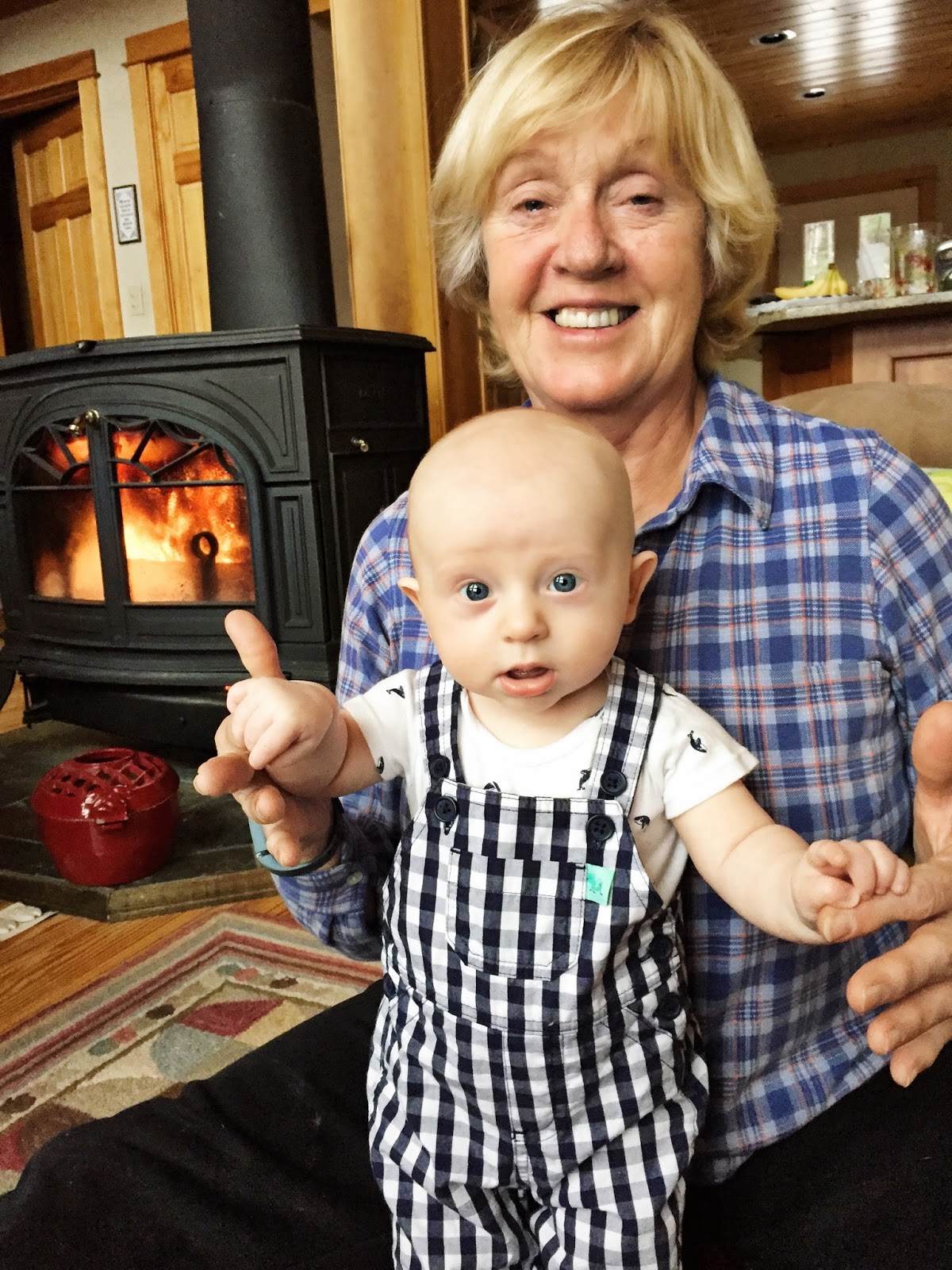 I can barely write this post without tearing up. Spencer Bruce is 4 months old today. That means that Ryan and I have kept this boy alive for 1/3 of a year. (High five, dad!) He is just the sweetest little man who is discovering the world around him and love it more and more every day. He’s got the biggest, bluest eye, chunky little legs and a strong desire to be a mobile baby. I keep telling him to slow down!

Weight: Spencer weighed in at 13 lb 7 oz last week. He’s in the 22nd percentile, but I take those very lightly. He eats, he poops plenty and he’s growing steadily. We were recommended to start solids at 4 months, but I’ve decided to wait until 6 months or until he tells me he’s ready.

Clothes: We’re on the last legs of his 0-3 month clothing. He’s almost 25 inches long now, so he’s been pushing the limits on the onesies for a while. His legs are a little shorter, so he can still wear his 3 month leggings, but even those are a little snug now. We’re going shopping this weekend for 3-6 months!

Milestones: Spencer discovered his voice this past week…big time. He’s always spoken a good bit, but now he found this noise like a pterodactyl, and he giggles! If you nom on his ribs, he giggles so loudly, and it’s pretty much the best noise ever. He’s sleeping like a boss in his crib, and sometimes he’s up once in the night after 8 hours, but he sleeps through a lot of nights, as well. He started playing in his exersaucer this month, too, and he loves it. He much prefers being upright to lying down these days. 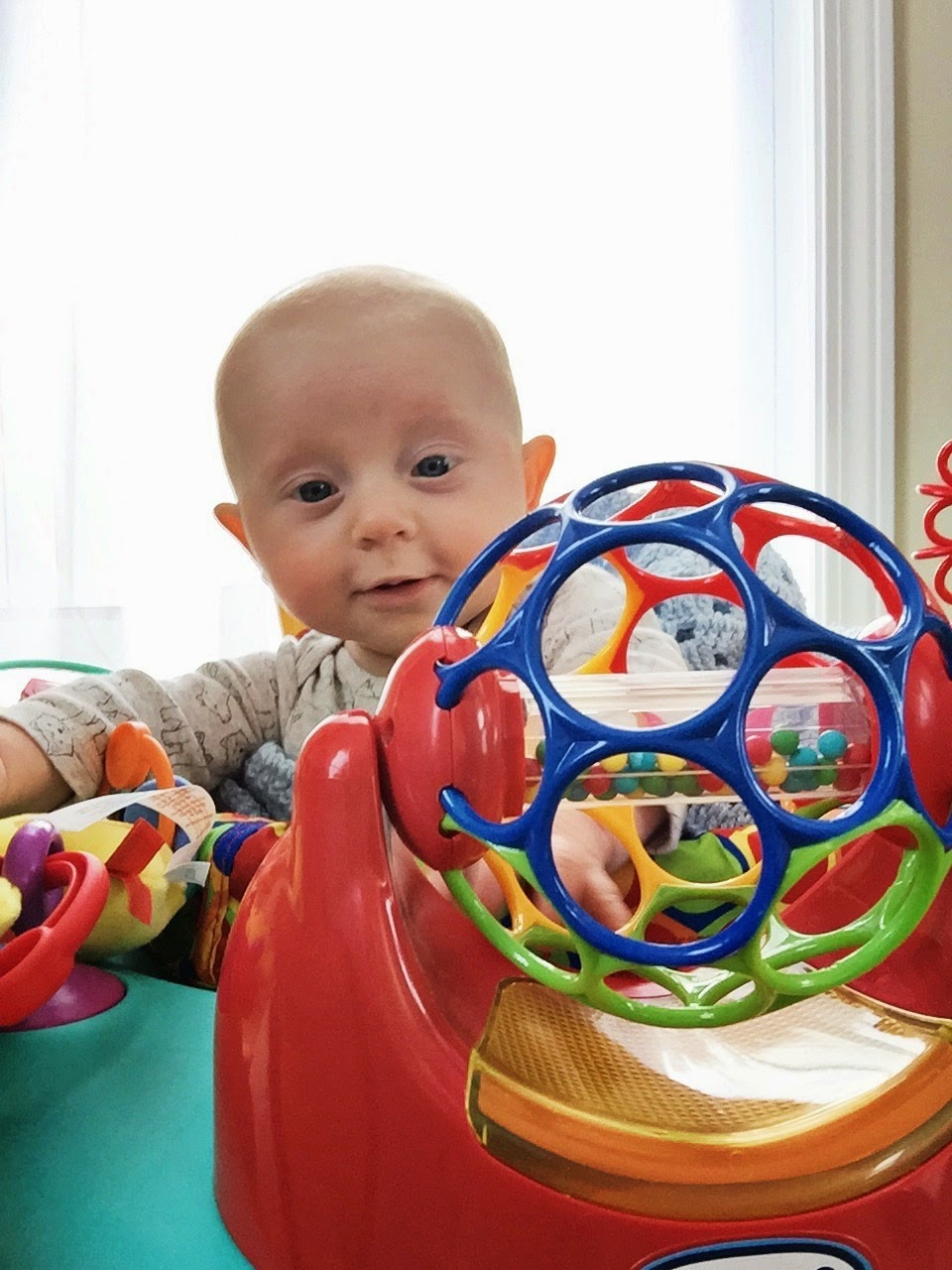 Spencer’s Favorites This Month: He loves his bath time more than anything in the world. We’ve started using Dr. Bronner’s 18-in-1 Magic Soap, and it smells so nicely of lavender. He’s also a huge fan of his exersaucer and his Sophie la Giraffe teether. He’s been gumming anything that will make its way to his mouth.

Mama’s Thoughts This Month: I say this every month, but this is my favorite month of Spencer yet! His personality is so defined and so congenial, and I love having our moments together. I’ve found it more challenging with work lately, but I’m so blessed to be able to work from home. I wouldn’t trade any of this for the world. Love, love, love my little man!