I’m so far behind on blogging. I had the best of intentions the past couple weeks. I wanted to blog every other day. Ryan’s on block leave though, and we decided to enjoy this time as a family…and that meant that the blog went by the wayside a little bit. So, let me back up to one of the most important monthly events, and then I’ll recap the trip later this week(end). Spencer Bruce turned 7 months old on the 4th of July! We spent his 7-month birthday with his Aunt Kristina and Uncle Josh in Philadelphia, and it was a grand ol’ time. 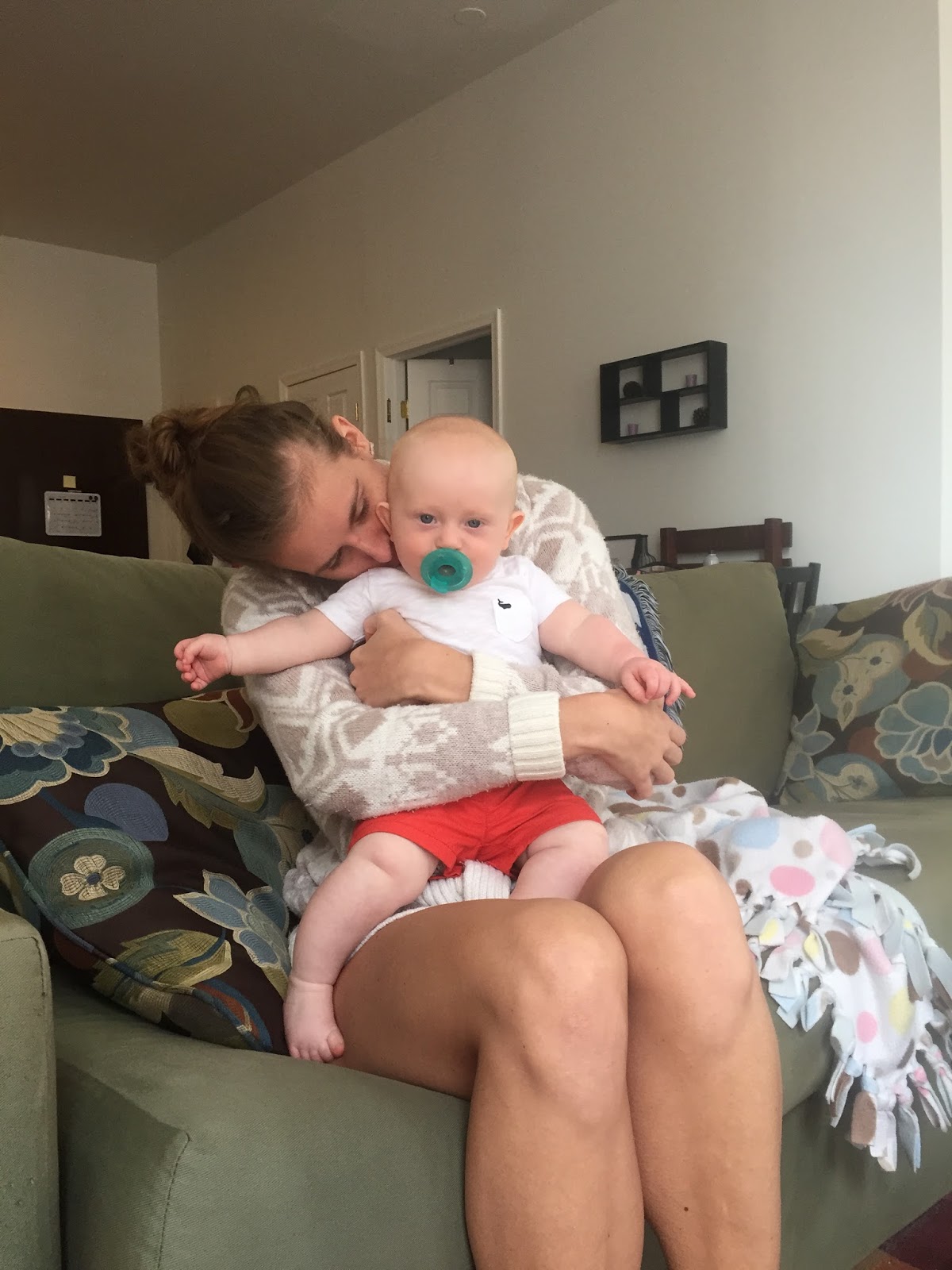 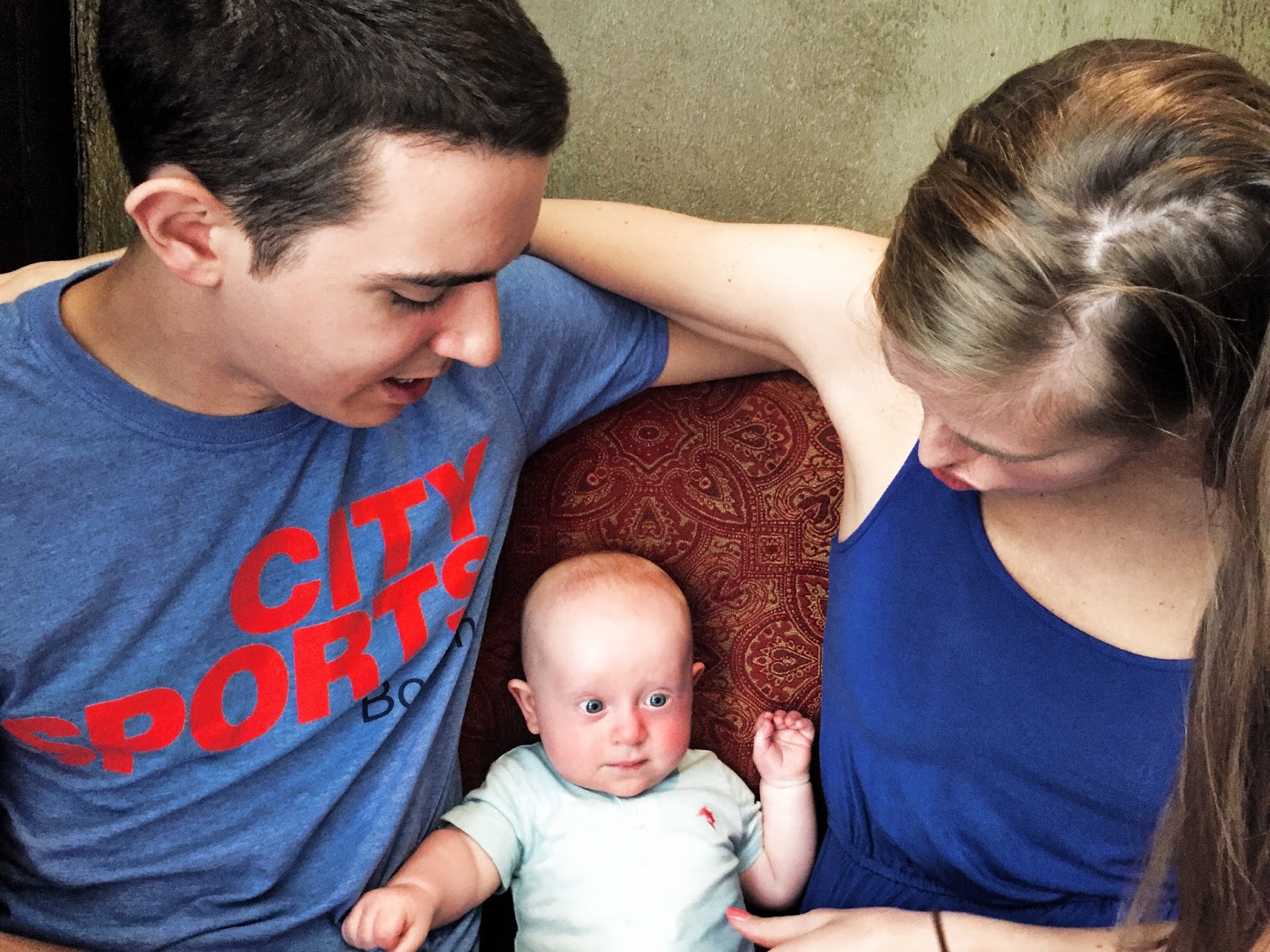 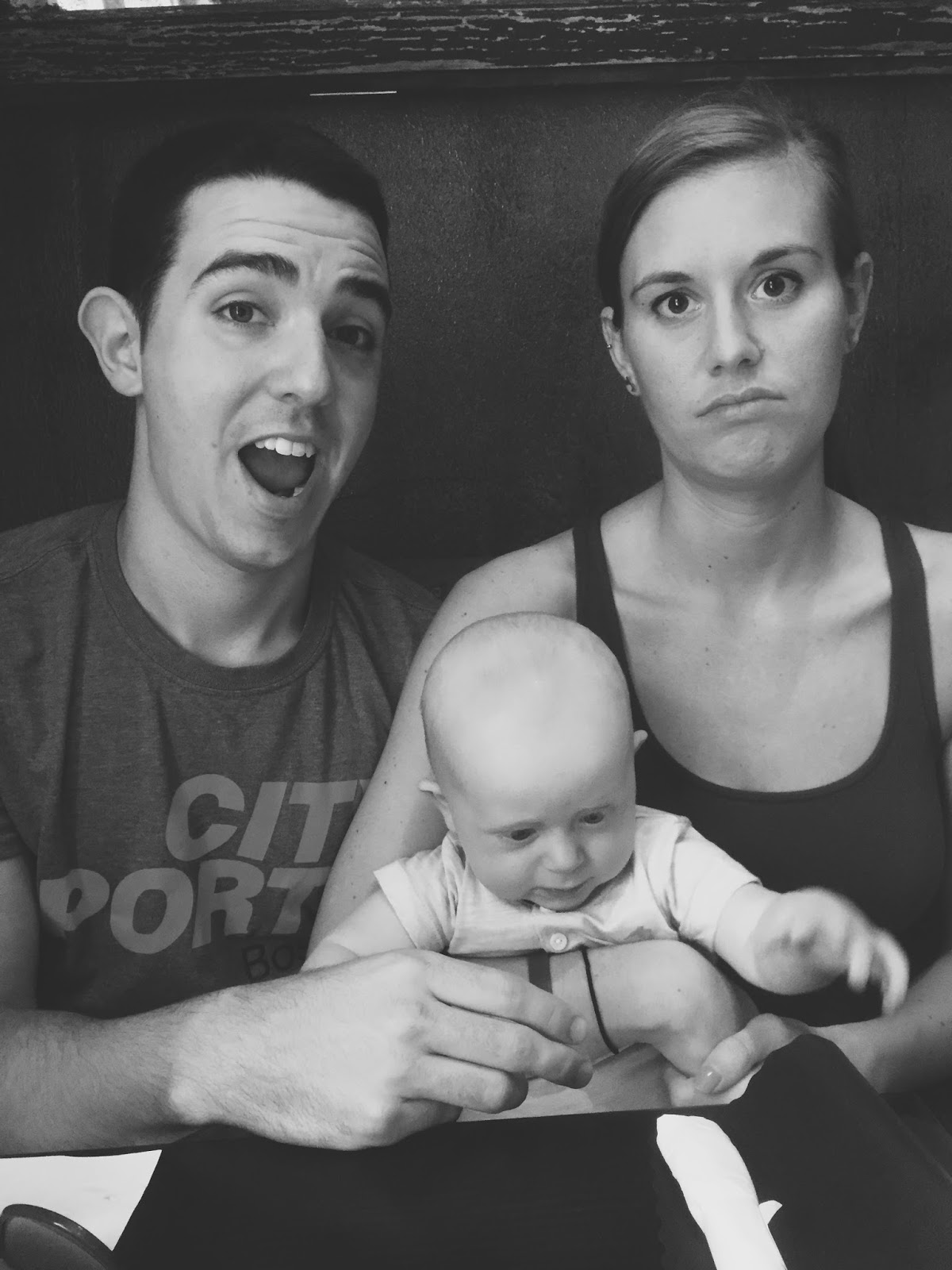 ^^^ mid-destruction of everything around him

Weight: This little man is not so little anymore! Weighing in at a whopping 18 lbs, he has rolls on rolls on rolls, and I just love it! His goofy little pot-belly is the best thing ever.

Clothes: We’re still pushing our 6-month onesies, and he’s firmly in his 6-month pants and shorts now. I think we’re nearing the tail end of the 6-month tops though because a lot of them look a bit like v-necks now. He’s in firmly in size 3 diapers, and we switched to The Honest Company after one too many blowouts in Pampers. It’s funny – they didn’t work when he was a newborn, but we love them now.

Milestones: What hasn’t he done this month?! On June 18th, this boy cut his very first tooth, and just 8 days later, the second little tooth came in, so he now has two little bottom teeth, and it makes me super happy! He scoots around a lot now, and flips over onto his belly if you ever set him on his back. He hasn’t mastered crawling, but he scoots backwards under the couch all. the. time.

He enjoys a few solids now, though not too regularly. He likes apples and pears, so we mix them with broccoli and other veggies to ensure he’s getting the best of both worlds. We’re starting to investigate weaning, since Ryan and I are going on a cruise in November, and he’ll need to be weaned by then (or mostly weaned). We also discovered he has a few allergies – raspberries, and he got hives when he had a dab of Ryan’s milkshake. To add some fun, he now gags whenever we try to give him avocado.

Sleeping was rough for a while, but we seem to be in a decent routine for the moment. He sleeps at 7, gets up around 12:45 to nurse, and then he sleeps through until 7, which I can deal with.

Spencer’s Favorites this Month: He has literally no interest in his toys anymore. However, if you give him an empty water bottle, or something that crinkles, this boy has the time of his life! Oh, and he loves his jumperoo, and that makes me a happy momma.

Mama’s Thoughts this Month: Honestly, I thought teething was going to be worse. He usually has one really fussy day before the tooth actually cuts, but other than that, it’s no better or worse than usual. I love love love love love him, and I’m hoping that Ryan can cram all these baby snuggles in before he leaves next month (more on that later).