There’s something about sunshine, cicadas and throwing open all the windows that just soothes my soul…even if there is approximately 109328903284% humidity in northern NY right now. Ryan’s block leave ended yesterday, and we managed to soak up the sun and those last few moments before his work picked right back up over the weekend. I’m so thankful we had the time.

Spencer had his first time in the real pool on post. We ditched the ugly old blowup pool we bought because I didn’t want to deal with the mess and refilling it all the time. So, we took him to the pool, and he loved it. This happy momma thinks we might just have a water baby! 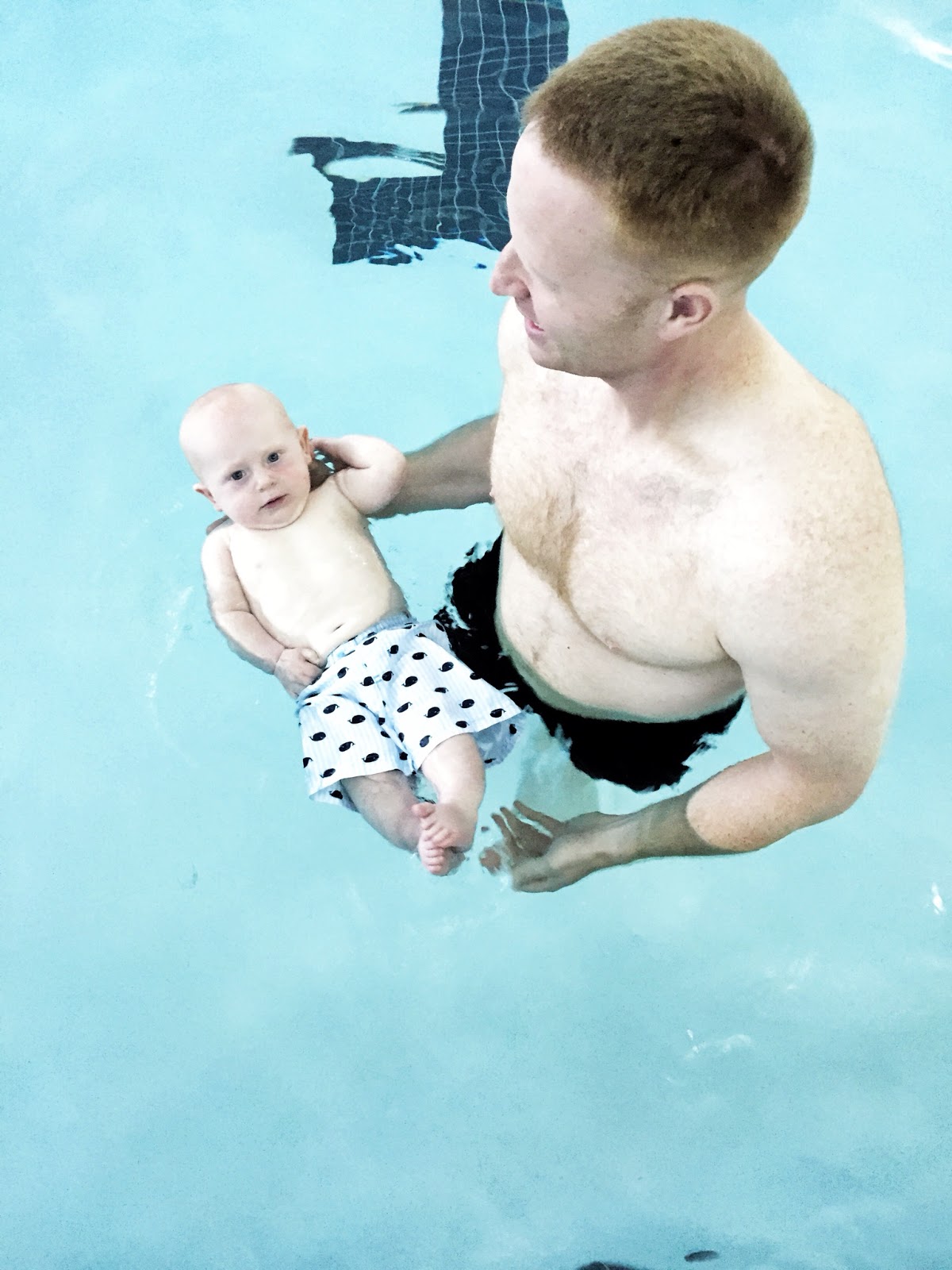 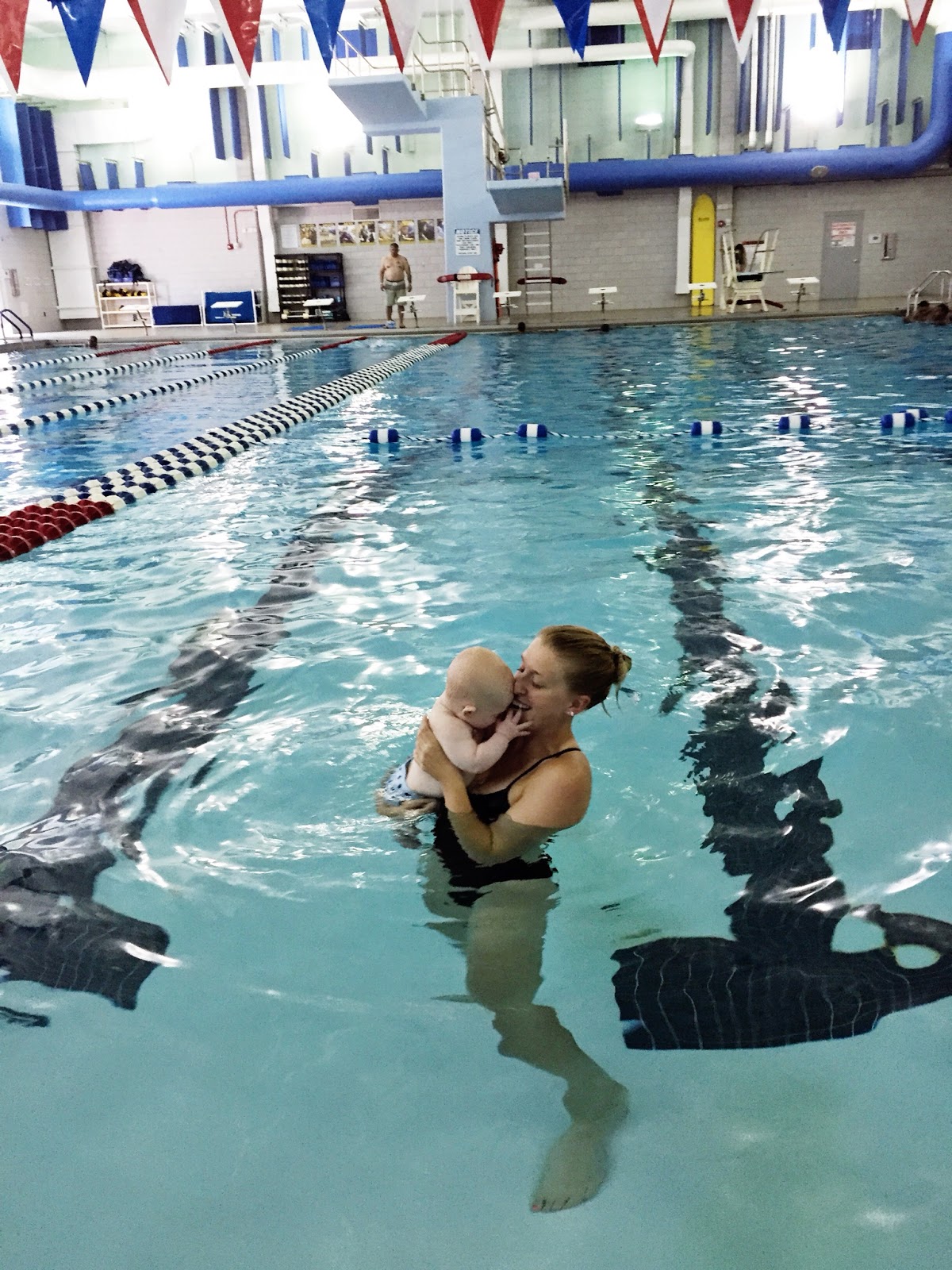 On Sunday, since we were all recovering from nasty colds we picked up somewhere in Canada, we played hooky from church and just caught up on some rest. Spencer’s been taking naps (I don’t want to jinx it) in the afternoon again, so we actually all got a little extra sleep.

To wear him out a little more though, I set up a little faux-pool in the backyard. We’ve been trying to work on him sitting up more, and I figured this was just the ticket, since he loves the water so much. I filled a plastic storage bin about halfway with water, plopped it in the sunny backyard, and we just played and played…until he pooped 🙂 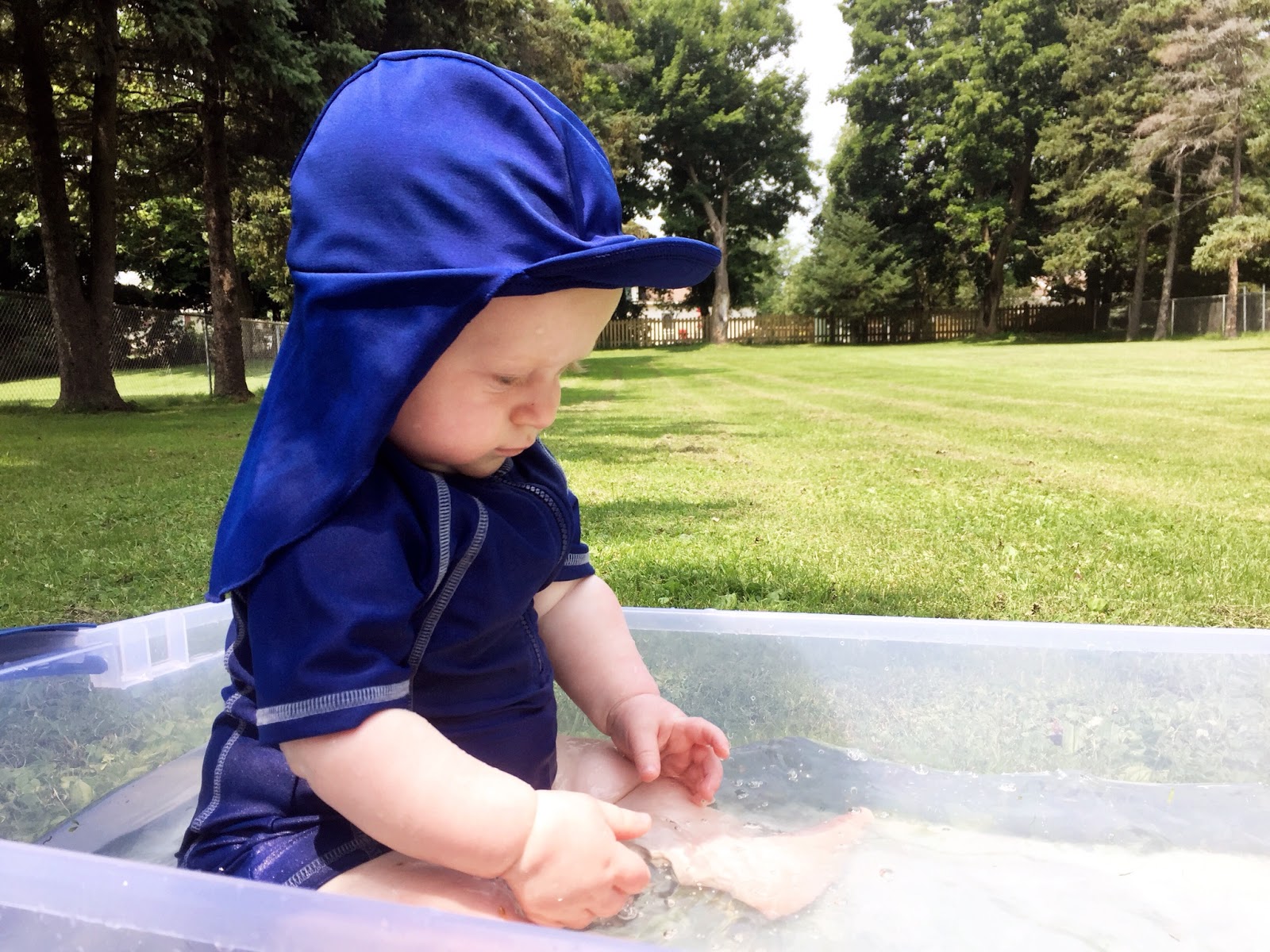 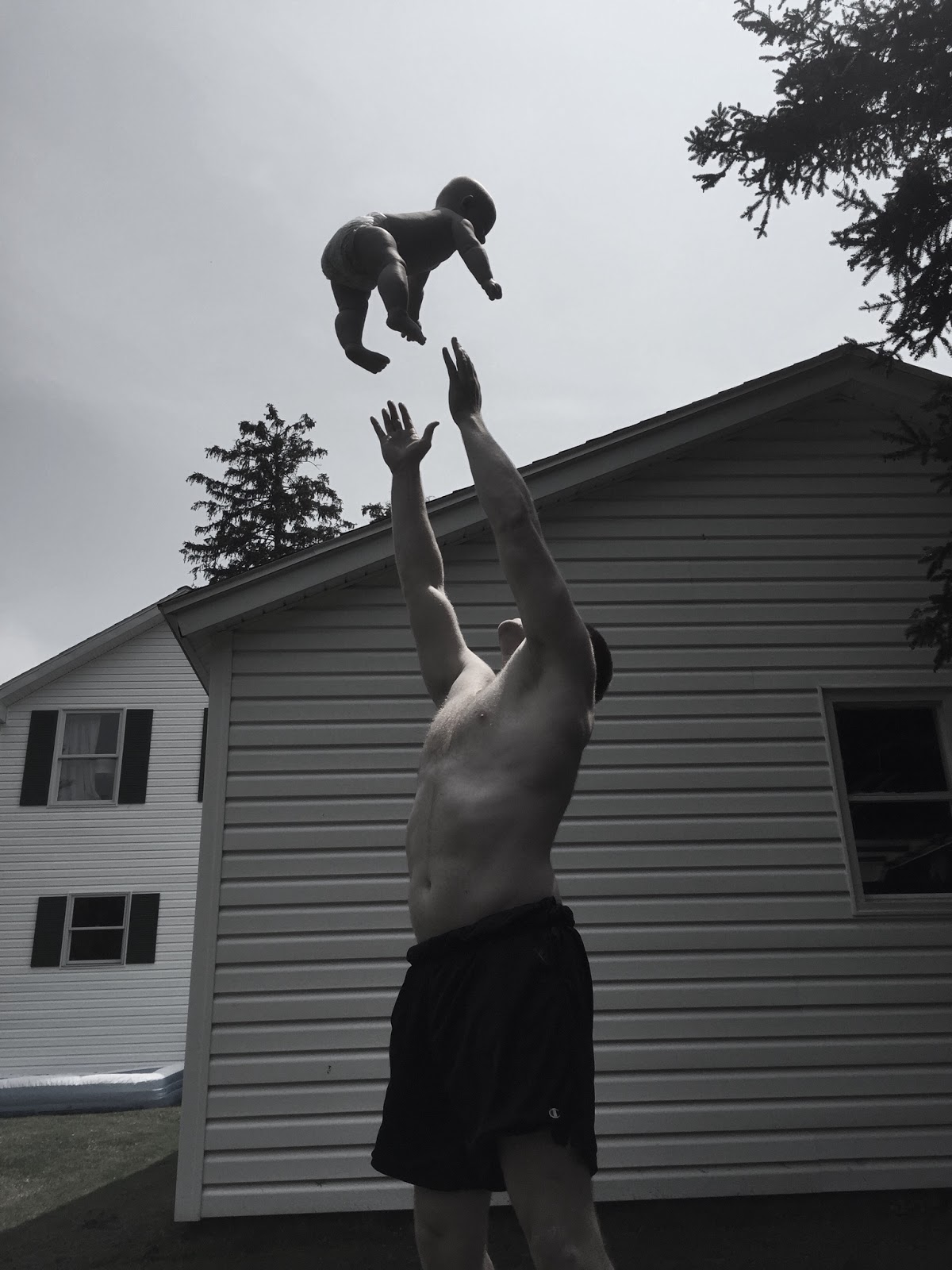 Also over block leave, we got news that Ryan’s overseas trip has been confirmed, so he’ll be leaving next month for about 6 weeks. For OPSEC reasons, I’m not going to say where, but this momma is nervous about being a single parent for so long. I’m truly thankful it’s not a real deployment this year, but holy moly…Spencer and I are in for a treat!