Cue momma tears. I’m an emotional mess right now anyway since Ryan just left for an overseas trip – read: very little contact and single parenting for a while. It’s not a deployment, thankfully, but it’s still our first time as a family in which I’m a single parent here, and that’s insane. Plus, I miss my best friend, and I think that’s the most challenging part by far. Luckily though, Ryan was able to be here yesterday for Spencer’s 8-month birthday, and we celebrated having this little guy in style. 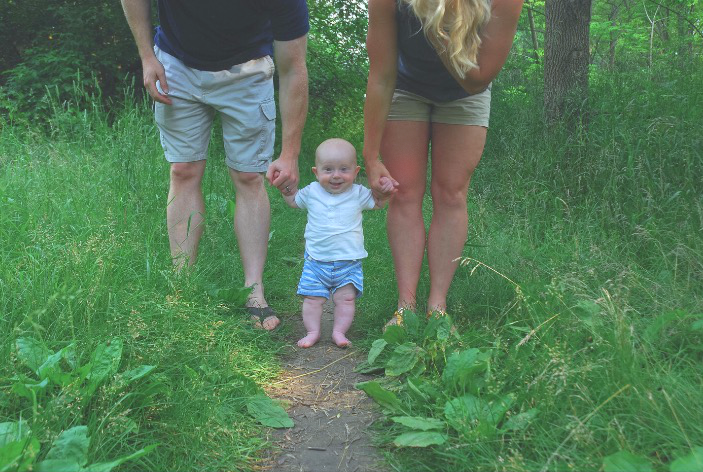 Weight: His weight gain seems to have leveled off a bit this month, and he is a nice 18 lbs 6 oz. He feels huge to me, but I’m watching all his little rolls lean out, and I realize that my baby isn’t such a teeny little baby anymore.

Clothes: We literally just retired his 6-month onesies yesterday. Spencer is firmly in a blend of 6-9 month clothes and 9-month onesies – though the onesies are still a bit too big on him. I’ve found that I really dislike the onesies lately, too, because with the heat, he gets very swampy. We’ve been doing a lot of t-shirts and shorts, and he seems to enjoy that more.

Milestones: This guy likes to jump in his jumperoo like a boss. He’s also determined to hold himself upright in a standing position, and his new favorite thing is to hold onto the stair railing and pretend he’s standing all on his own. He also tries really hard to climb the stairs, but (thankfully) fails miserably. Crawling is on the horizon right now for this guy. He very easily gets up on his knees and rocks back and forth, but he’s still working to consistently move those knees and hands forward. He scoots though!

Food is his favorite! He eats like a champ now. We made the difficult decision to start supplementing with formula this past month because of my inability to keep up with the amount he needed while at the sitter. He usually gets two 4 oz bottles a day, and then nurses the rest. He eats solids at night – usually a blend of kale, spinach, pears, greek yogurt, carrots, etc – and suddenly loves them all. He still hates avocado though.

Sleeping has been a mix this month. For the most part, he goes down really well around 7 PM. Then he’ll sleep until about 1, when I change and nurse him. Usually he’ll sleep again till about 7 AM. There have been a couple bad nights though, including one where I actually had to drive him around until he fell asleep…a first in the 8 months we’ve had him. 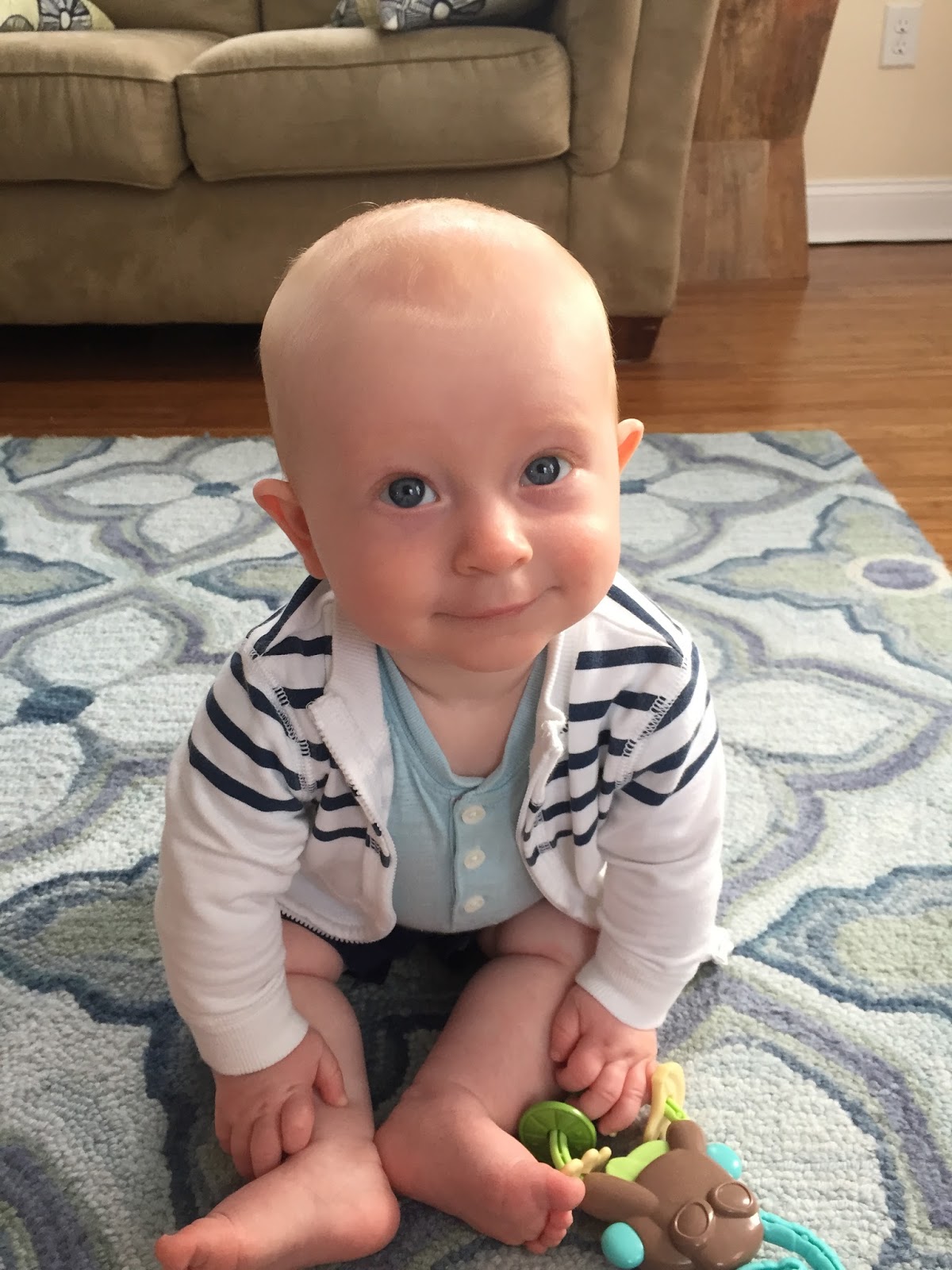 Spencer’s Favorites this Month: He loves love loves Baby Einstein Puppets. I swore up and down we wouldn’t be those parents, but if he’s happy in his fussy “witching hour” by watching some Baby Einstein, so be it. He also loves to pull Stella’s tail, “climb” the stairs and play on the swings.

Mama’s Thoughts this Month: This little guy is really developing a personality, and we’re loving it. With the good comes a touch of bad though, and I will admit that he’s learned that he can throw tantrums a little bit. He doesn’t do it often, but when it’s around 5:30 and he wants to eat, he wants it right. now. We’re working to ensure he knows that we will be firm but gentle in telling him that it’s not allowed or accepted in our home. Yes, 8 months is young, but I believe in raising my son knowing he can’t be entitled…even if he’s too young to understand.

All that said, I’m loving watching him learn, grow and explore the world around him, and I can’t believe how fast time is flying. This baby boy is going to be a year before I know it.