We found out I was pregnant about three weeks ago. While we weren’t trying, per se, we weren’t not trying either. We knew when we had Spencer that we wanted our children to be close in age, especially since life in the Army is so unpredictable. Spencer would have a guaranteed built-in playmate, a best friend from birth and someone with whom to grow up – all of which were so important to us. 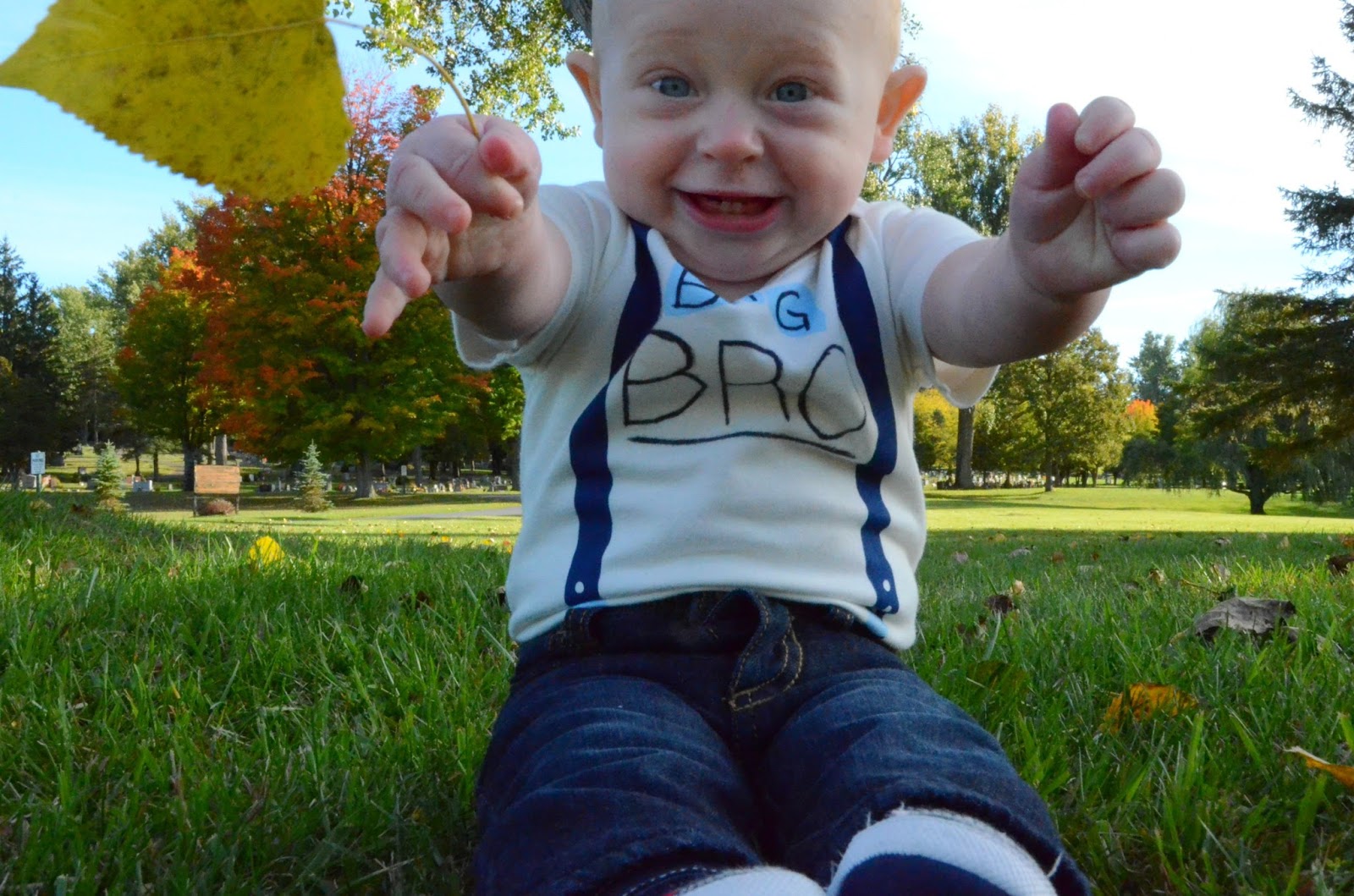 I didn’t really suspect I was pregnant, to be honest. I was a little late, but it’s so common for your lady time to be a little off after childbirth, and my time has always been between 3-5 early or late since Spence was born. I wasn’t concerned. Six days hit though, and I was a little nervous. I didn’t feel nauseous or anything though, so I didn’t think too much of it. All I really felt was exhausted, but who isn’t exhausted with a ten-month-old baby and a full-time job?

I asked Ryan if he thought I should test, and he said I should just wait a week. With Spencer, it took over two weeks of being late for a test to show positive, so I agreed, and just tried to put it out of my mind. When I went to the commissary that afternoon though, I was still thinking about it, so I bought a test – just to be safe. I really didn’t think I was pregnant.

We got home, and I took the test and left it on the counter while I changed Spencer and got him busy playing with toys. After about ten minutes, I remembered I took the test, went in to check…and there it was. Two very obvious pink lines. It was definitively positive. I convinced myself that I let it sit too long, so it was my fault and it was a false positive, so I took the second test and checked in exactly 3 minutes. Still very, very positive.

I don’t remember breathing for a minute. I felt my cheeks and chest flush and had a moment of panic, then excitement, then all logic went out the window. Now, bear in mind I really wanted to surprise Ryan this time around when we found out we were expecting. I wanted to do something sweet and surprising and beautiful. So, how did I do it? Not that way at all.

I called him at work and said, “I need you to come home.” He’s in the middle of gunnery and very busy, so he knew something was up. I wasn’t sure how to tell him, so I just blurted it out…”How do you feel about giving Spencer a little brother or sister?” He was so excited that he yelled out! Ladies, there’s nothing more wonderful than a man excited to be a father – whether it’s the first, second or third time. It put my heart at ease, and calmed my nerves.

Since finding out, I’ve had my first ultrasound to confirm dates, and we saw a steady, healthy heartbeat at 122 beats per minute. I think I was in denial until the point. We’re looking at a June 1st due date, and we couldn’t be more excited.

And yes…I’m nauseous as heck. This pregnancy is nowhere like it was with Spencer. I’ve had very little – if any – relief, and I’m going to be put on diclegis to hopefully help me function a little better. I do, however, feel really excited and blessed to be carrying Spencer’s little sibling, and I can’t wait to see what the future has in store for our family of four!