Inspired by the lovely Chelsea at Anchors Aweigh, I’m confessing a few things over here today because this has, inadvertently, been one heck of a week. We drove back from New Hampshire on Monday (doozy), then Ryan and Spencer have been battling nagging colds (double doozy) and finally – the icing on the cake – I got a call from Spencer’s daycare yesterday that my peanut got hurt. They were playing with sensory toys, and Spencer tripped and fell. One of the bigger boys tripped over him and accidentally kicked him in the mouth. Exhibit A: 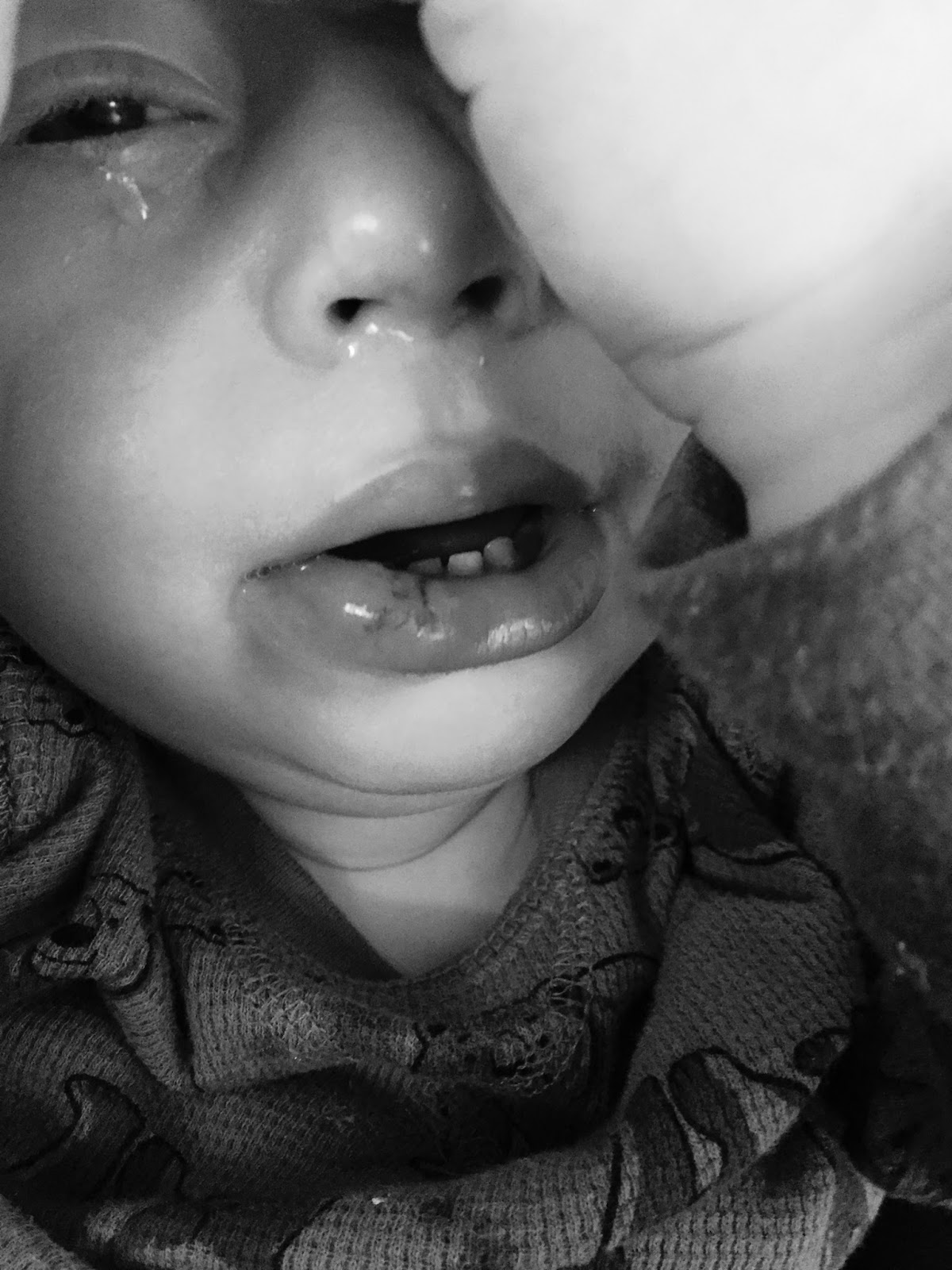 Cue extreme mama guilt. I went over there, picked him up, took that picture for urgent care and our neighbor who’s a nurse, but the consensus was that it didn’t need stitches. He just needs to heal on his own. We spent the afternoon snuggling, eating popsicles and with mama hovering over him because my. poor. baby! He’s doing so much better today, his lip looks almost normal, and I’m recovering from the trauma of baby blood. So, onto my confessions.

I confess that I haven’t worked out in 8 days. Like, at all. It’s been cold, my boys have been sick, I’ve been sulking, and we were visiting home. I stepped on the scale today though, and I really didn’t like that number. I’ll be getting a quick bodyweight workout in today.

I confess that although I stopped drinking coffee for a while there, I’m back on the bean. Oh, sweet bean, you taste glorious at 6 AM when I’m getting up to get things done!

I confess that I’m not that excited about turning 30 next week. I’ve never been the biggest fans of birthdays, and I swear, this mama is feeling her age this week. I think that pregnancy isn’t exactly giving me a glow either.

I confess that my Garmin watch tells me at least 13 times a day to MOVE! I work at a desk, you darn watch! What do you think I’m going to do? Laps around the house? Actually, that’s a good idea!