I feel like such an old lady posting this, but I also feel somewhat excited! You might remember that for my 2016 goals, I mentioned that Ryan and I are really working towards financial peace this year. It’s been a few weeks since we started Financial Peace University now, and I feel like we’re just now starting to turn a tiny bit of a corner.

We’ve never had a budget before. We never really needed one. We have two incomes, we don’t have credit card debt, but we are at a point in our lives now with one child and a second on the way that it’s time we really start getting down to business.

Truth time? Making a budget is hard for me! And, truly, the hardest thing is the realization that I fear money. In the lessons, I’ve learned that I’m really not alone. There’s usually one partner (more often than not the woman) that has a trigger fear response to money and budgeting. That person is me. I’ve always had a bit of a fear with money, but it’s nice to know I’m not crazy now!

Big things are coming this month though, and we’re really tracking every expense so we can figure out exactly where our money is going, how it’s being spent and when our bills are being paid. I think that this is becoming a bit more of an exciting than a tedious time now, which is a relief. I was a bit reluctant going into this because, let’s be honest…what woman doesn’t like to spend a dollar or two online, or on baby clothes, or on house decor. (Wayfair, you’ll be the death of me.)

Yes, this is a boring post, but I think it’s also a bit of a cool one because it’s a landmark time for Ryan and I in our marriage! Life in the Army is full of uncertainty, but we aren’t willing to be just another statistic in debt. We’re taking on our finances, building up our emergency fund (almost at 3 whole months of expenses already!) and working on snowballing our debt soon. The biggest thing? We’re starting this before Ryan deploys, so we’re really getting out ahead of the game, and I can’t wait!

I promise much more exciting posts in the coming days, but I wanted to get this one off my chest and really look back and reflect on it when I want to spend money on frivolous things 🙂

And, because we’re talking budgets and being budget-friendly, we’ve worked on two budget-friendly DIYs here in our living room to start nailing down an actual design palette, and I love them! 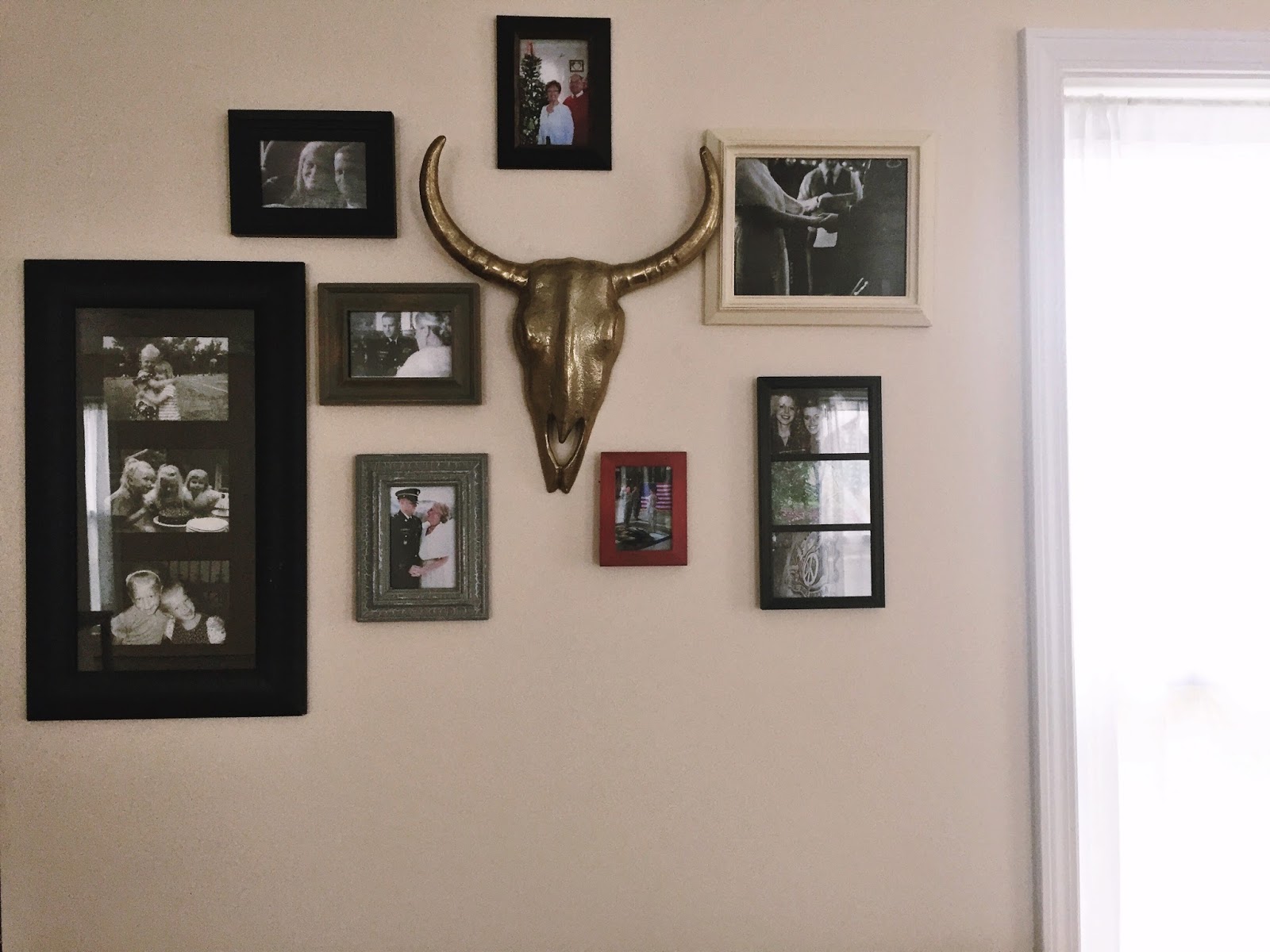 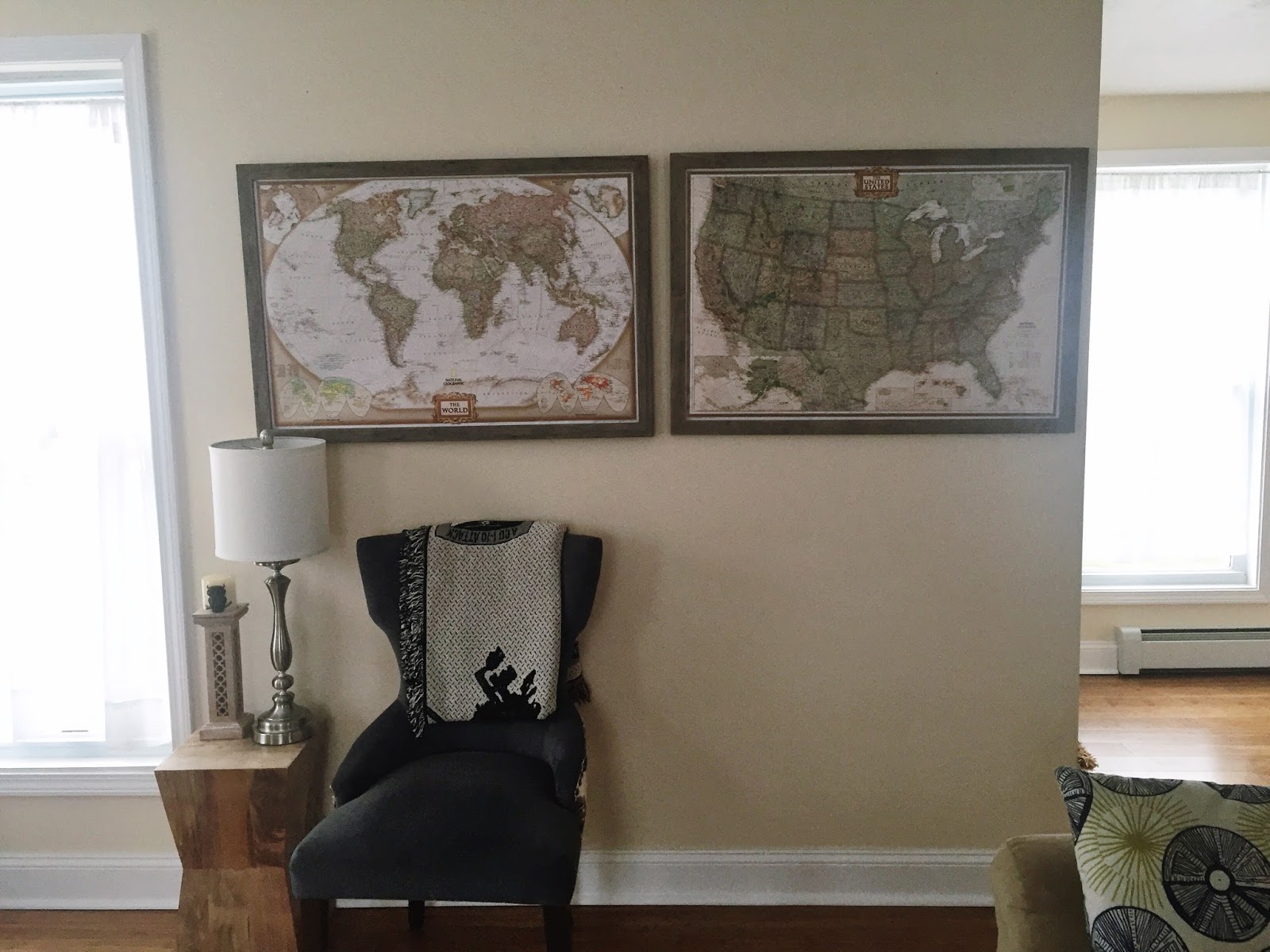 I did a gallery wall, which we recently updated with some thrifted frames and a wallet-happy Target steal (plus, it’s gold. duh). On the opposite wall, we have a DIY map project in which a modge-podged two maps onto cork, then built a frame around both. We can pin all the places we’ve been – interactive  AND fun! Next up are some DIY curtains that I’m so excited to share because they won’t break the bank, and they look awesome.