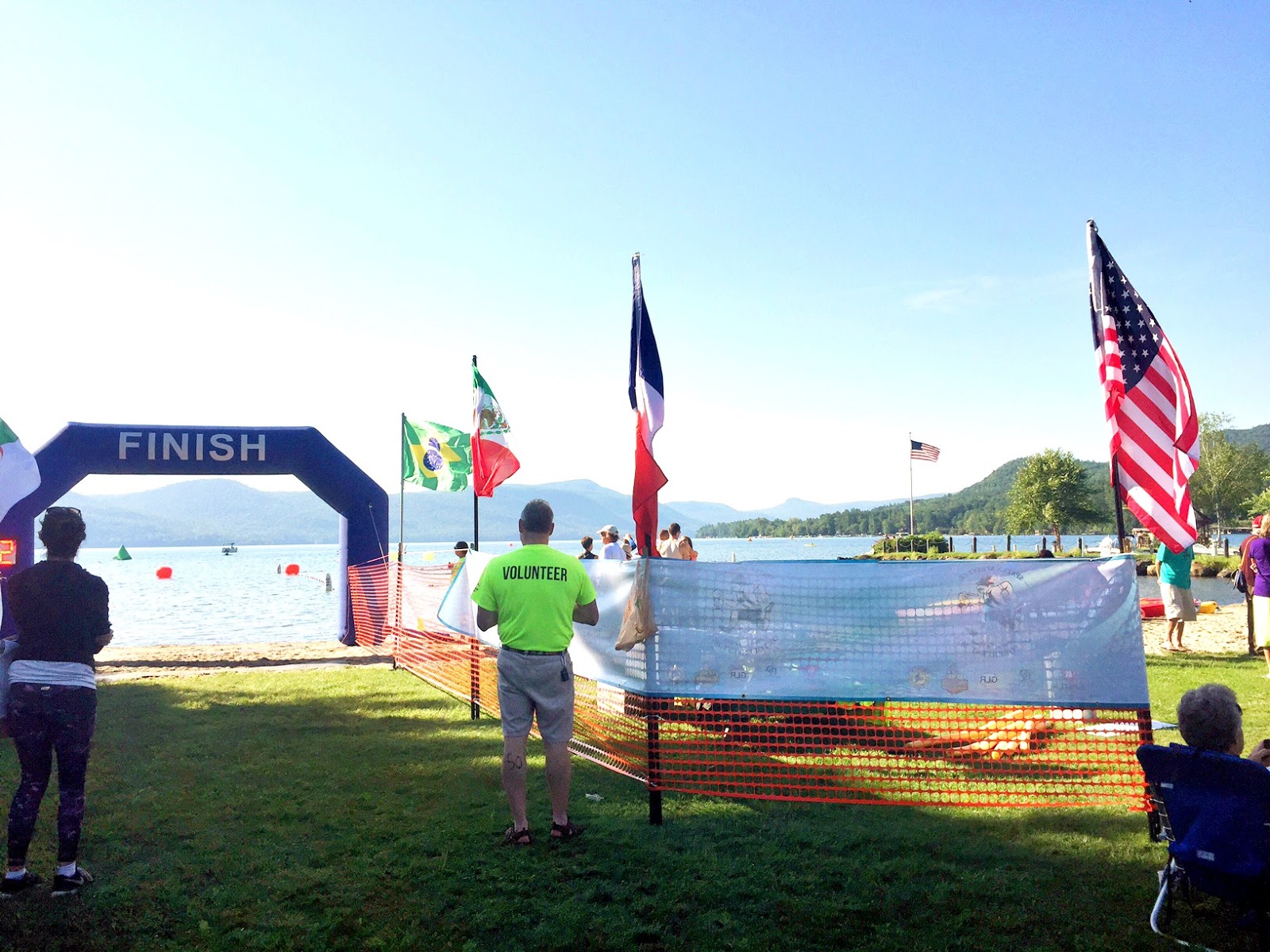 This past weekend, Ryan and I braved the 3.4 hour trip from Black River to Lake George, NY for me to compete in a 2.5 km open water race. I haven’t competed in a proper open water swim since the Boston Sharkfest in 2013, so it’s literally been three years in the making. Ryan’s been trying to convince me for a while to sign up for a race, but I’ve kept putting it off for one reason or another. This time though, I decided to make it happen.

We left Black River around 6:30 PM on Friday, and we finally made it to Queensbury, where we stayed the night in one of the only available rooms in town. It’s a summer resort town, so it was insanely busy, and we booked late. Guys, it was legitimately the worst place we have ever stayed. We got in at 10:30 at night, unloaded the boys, got Spencer settled, and Ryan discovered a live squirrel in our toilet. I’m not joking.

They gave us a new “non-smoking” room that smelled like an ashtray and was barely cleaner than one. I had half a mind to just sleep in the car, but we made it work, and we both got a grand total of about 3 hours of sleep. (Never, ever stay at King Hendrick Motel & Suites). We got up at 5:30 to start the final 30 mile drive to Hague, NY for the race, and finally got there for the last 15 minutes of race check-in. Let’s just say, I didn’t expect much from this race at all. I didn’t get to warm up, I barely had time to plan my attack of the course and I went in the water cold. Literally. 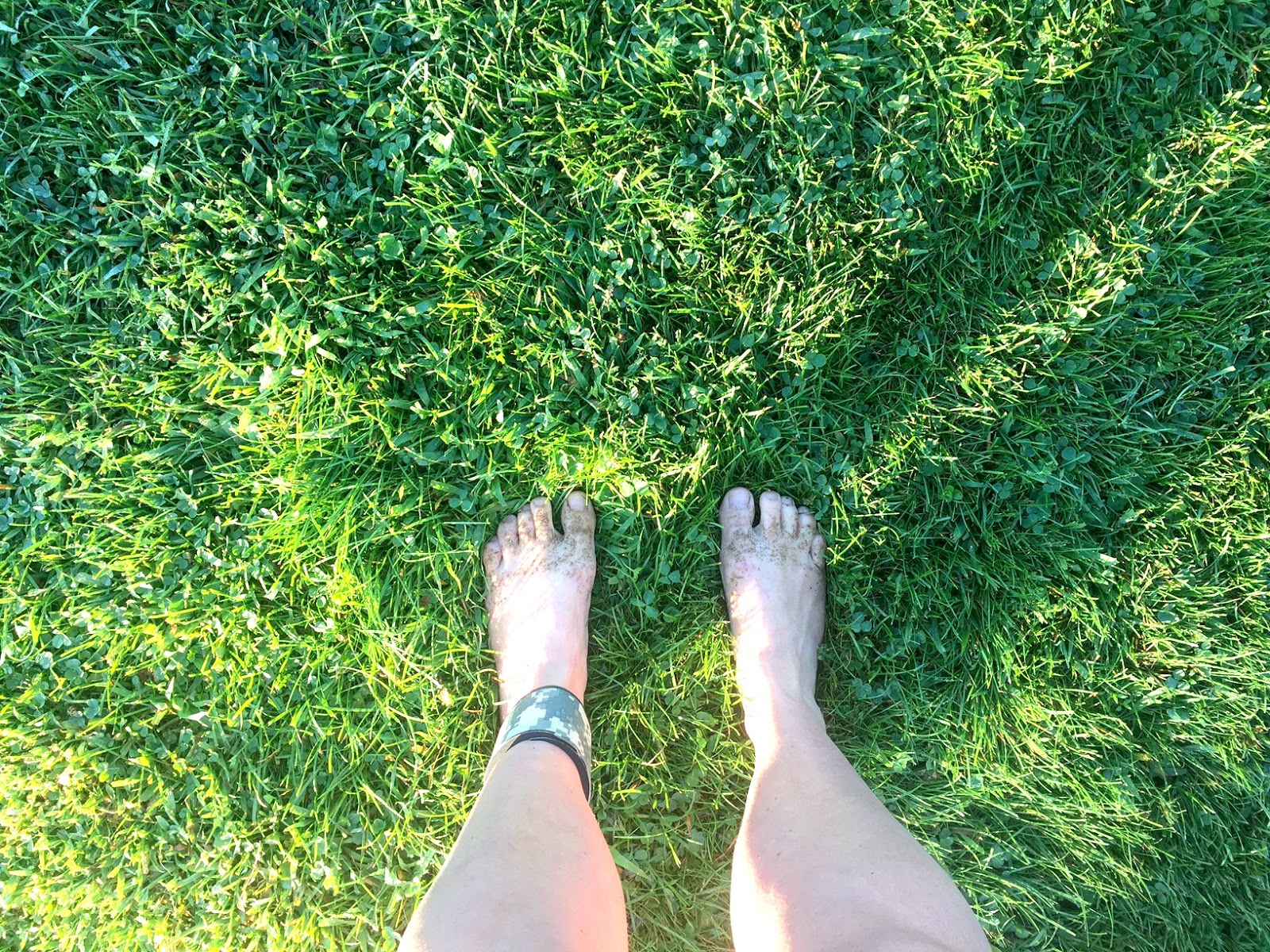 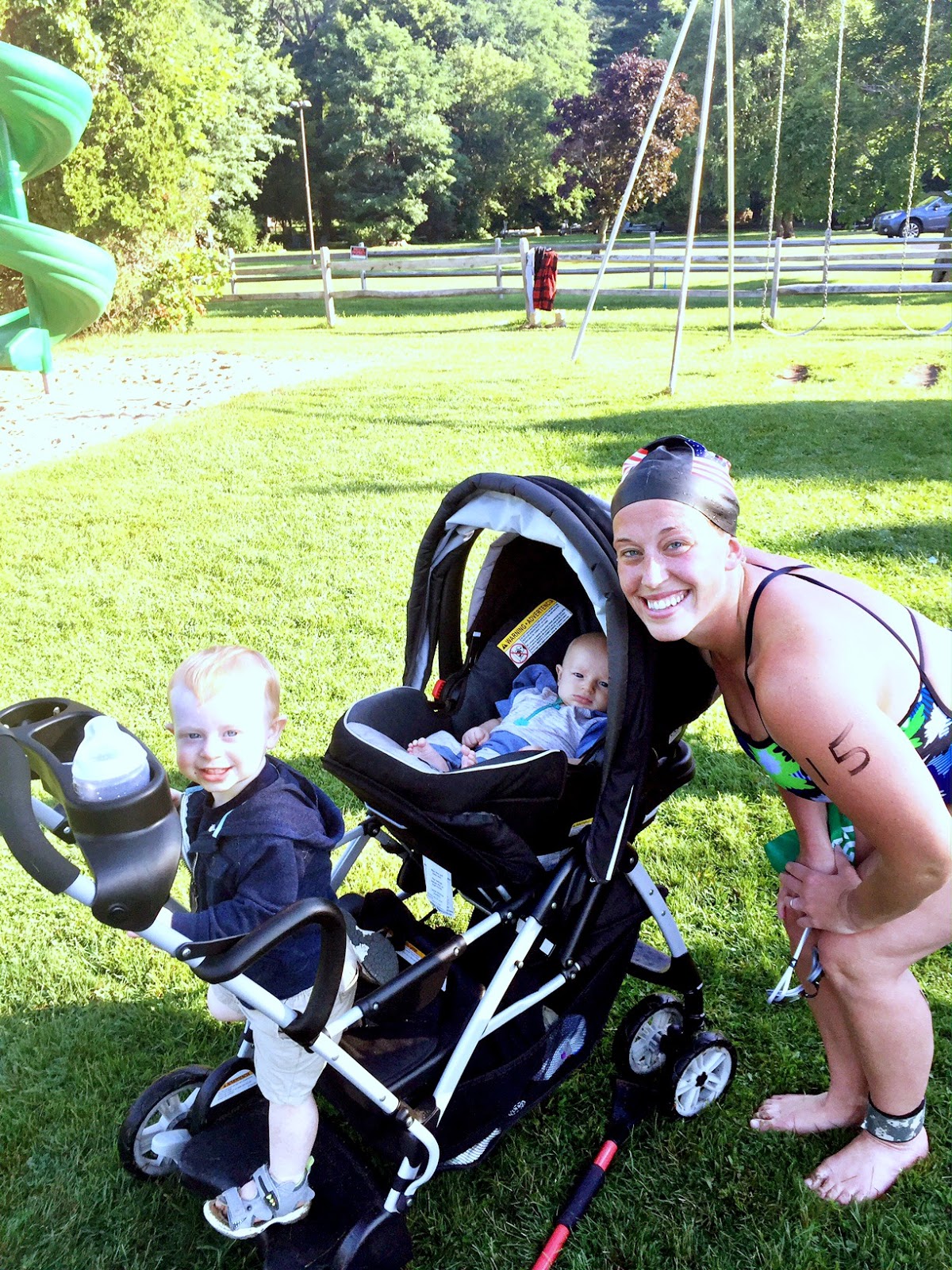 The race was so well-executed by the staff though, that it would have been hard to have a bad race. The water was about 10 degrees warmer than the air – and crystal-clear. The course was well-marked, too. Keep the yellow buoys to your left on the way down, turn around the green buoy, keep the orange on your left on the way back, then race to the blue arch. Simple enough! I decided to start at the front of the pack. It’s always risky with elbows and knees as people fight the start crowd, but I didn’t want to have to fight my way forward if I was doing well, either. It was a good move!

I had a pretty clean start, and I only got a couple elbows in the ribs. People were actually quite considerate, and race officials warned us early on that unsportsmanlike conduct would result in a DQ. I felt strong…out of shape, but strong. I focused on sighting mid-stroke and just kept a fairly clean tempo. I didn’t try anything heroic. I had no idea where I really was in the pack, but I just kept pushing, and I upped my tempo on the back half.

I finished in a time of 43:15.06, which was a little better than I’d expected. I’d hoped for around 45 minutes, since I’ve barely been training, and I wanted to just use this race as a bit of a stepping off point, if you will. I finished 6th overall, and I placed 1st of all the women, so I was pretty excited about that! Next year, I’m hoping to do the 10 km there. Now, I’m just getting ready to start up cross-training and pool training more seriously and register for my next race. We’re looking seriously at the Swim Miami 10km, but who knows?

Ryan was amazing this weekend. He watched the boys while I did my race and managed to stay sane keeping both a toddler and a baby content. I can’t thank him enough for supporting me and encouraging me in this because I don’t think I could do it otherwise! 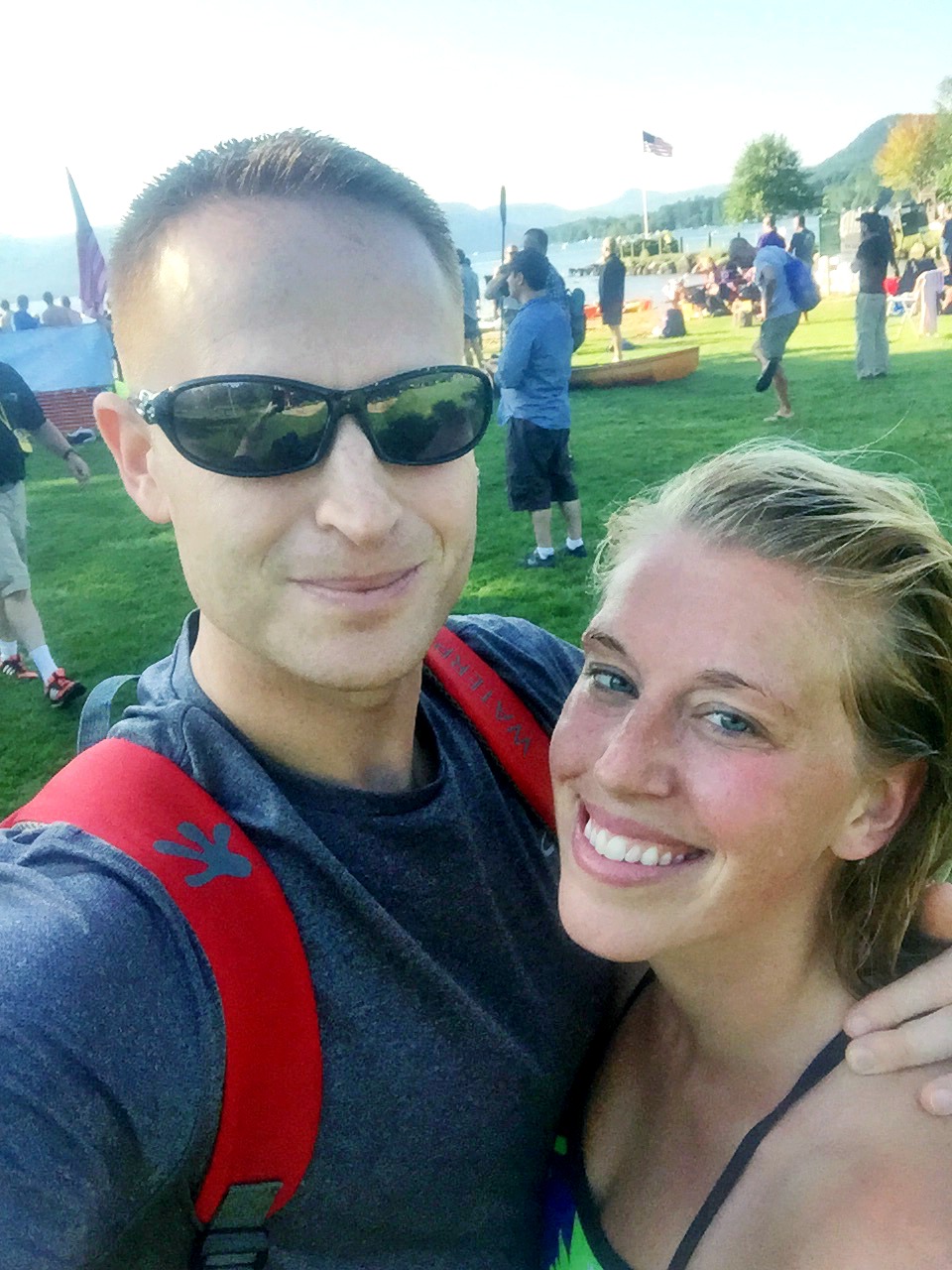 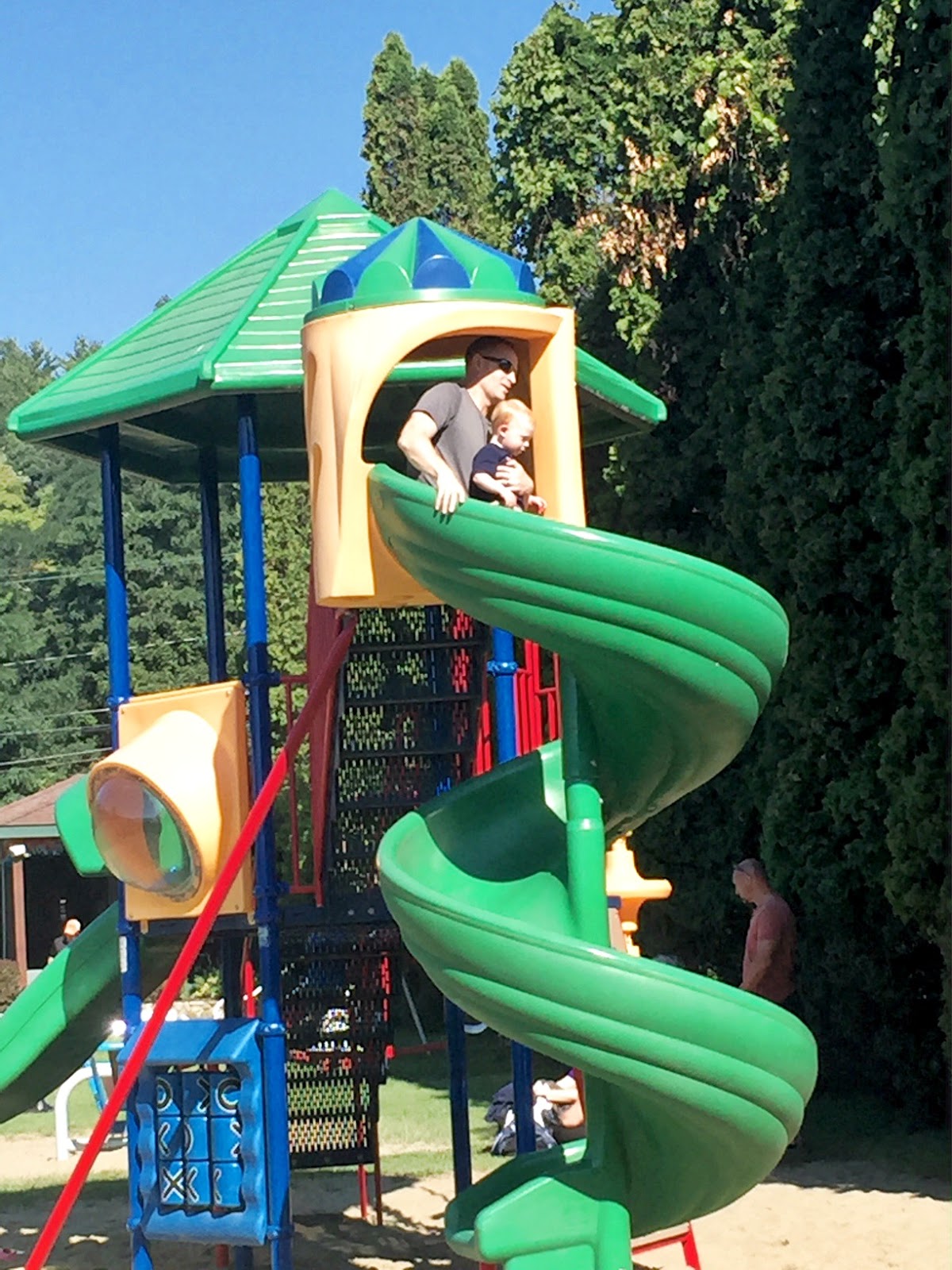 It was a pretty great weekend full of both good (the swim) and bad (the hotel) memories with my sweet family. I think I had a bit of a letdown after getting home yesterday because I had so much fun competing again, but I’m going to use it to fuel me going forward. Moms can still have fun and compete, too! Who knew?