I’m a few days late here…so what? Happy November, friends! I can’t believe how quickly time is flying right now, and I can only assume it’s because I actually want it to slow down. Halloween this year was so special for us though because this was the first time that Spencer went trick or treating! You may remember that I said I was going to make my boys’ costumes this year. With the sudden onset of being sick, I didn’t, and I readily bought their costumes instead. New philosophy: when my kids can tell me what they want to be, I’ll make their costumes 🙂

And so, this year, Spencer was a tiger, and Porter was a pumpkin. And it was awesome. 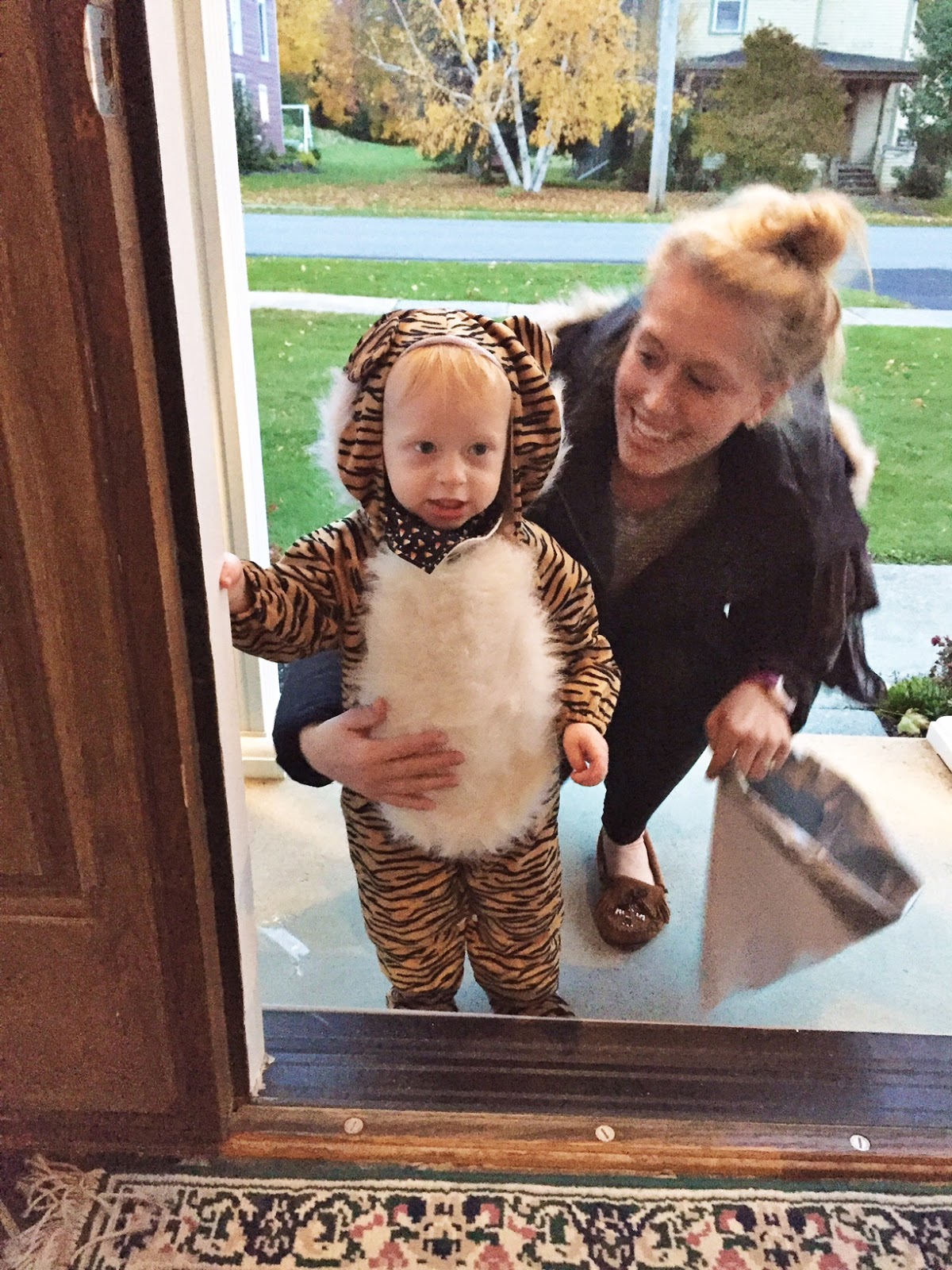 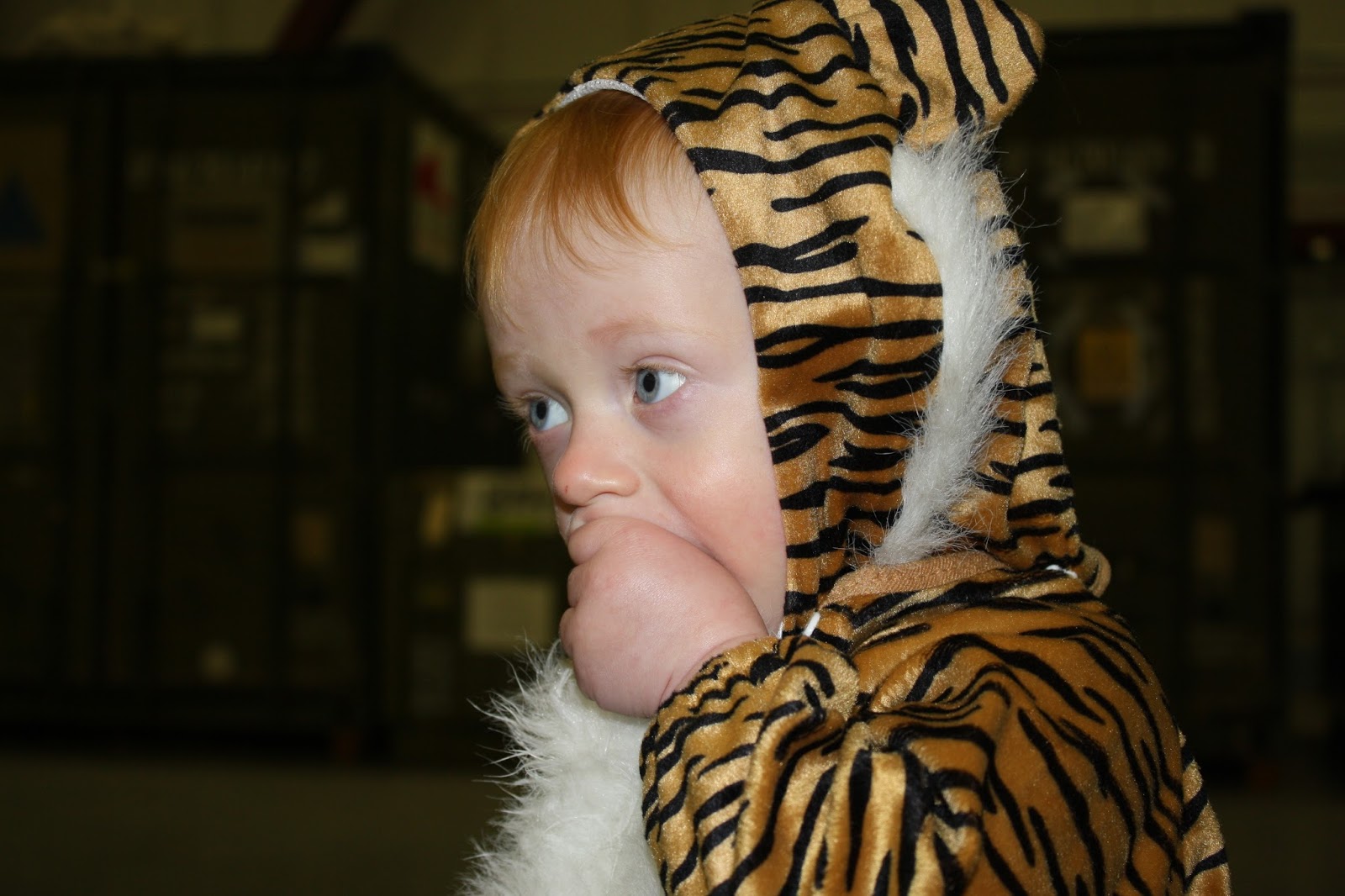 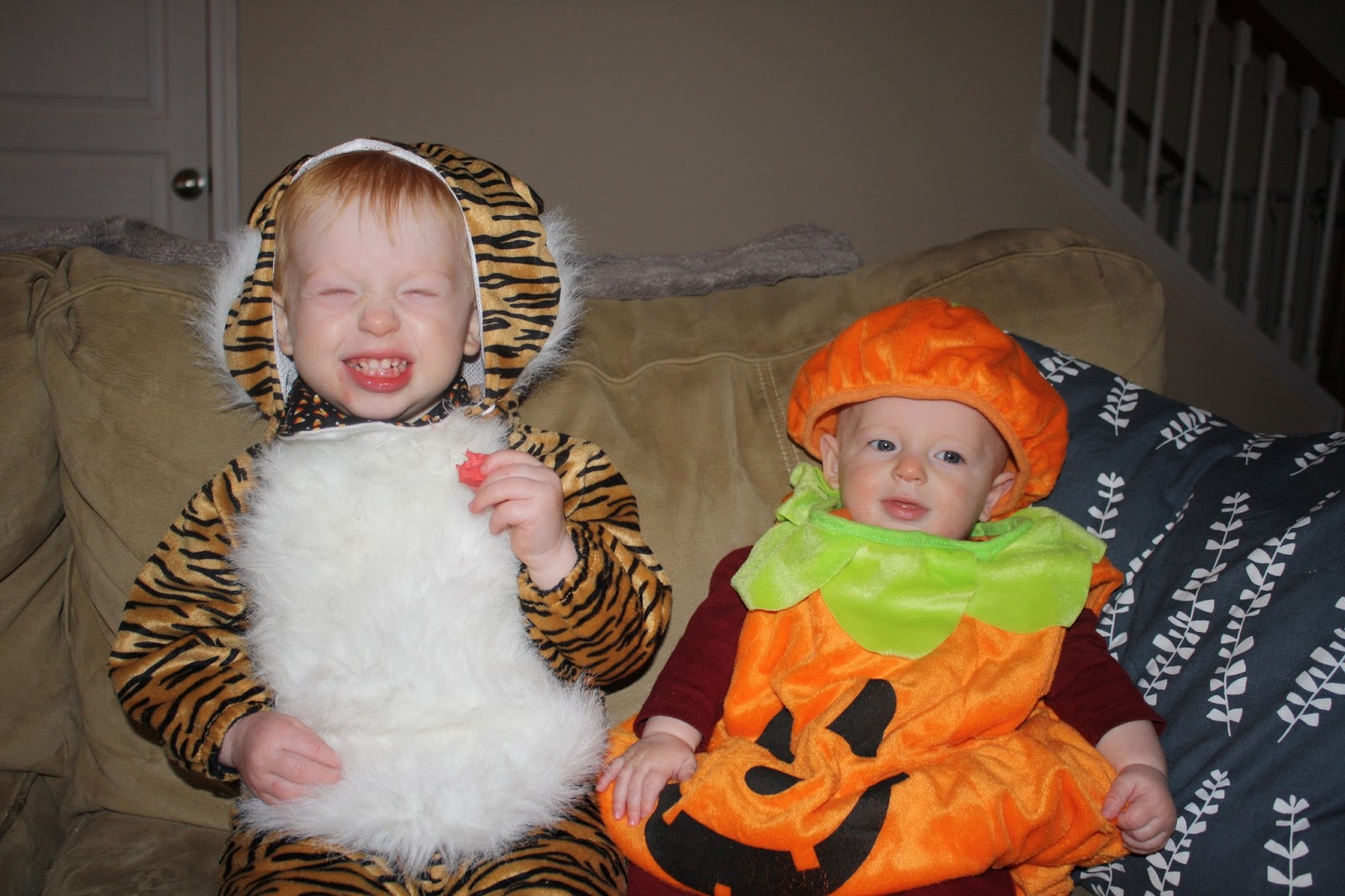 Our sweet neighbor kindly took that first photo of Spencer and I at our first house, where he proudly walked up the front steps and gently rapped on the door saying “kick kick, kick kick.” Translation: knock knock. When she answered, he very seriously and without the hint of a smile said “tick or teat.” Proudest mama moment ever.

We went up and down the street together, and he roared at the passer-bys who all swooned because, well, he’s adorable, and we got him a whole bag of candy. I let him pick a piece for along the way, and he picked a lollipop, which he enjoyed all night long.

We discovered we live in Halloween mecca, and we had almost 200 trick or treaters, went through 8 lbs of candy, and we actually had to give most of Spencer’s haul away, too, before we turned off our lights and called it quits for the day. (Don’t worry – we saved him some of the good stuff.)

Basically, it was perfect. Porter stayed home with Ryan and answered the door with him and Danny in his pumpkin costume, and we loved every second of it. It’s like the seasons have come full circle now, and it’s so special to experience them from the adult side now.