I’d be lying if I said it was an even remotely tolerable first week of deployment over here in the Moore house. I like to put on a brave face and seem invincible, but it’s been awful. Last week, Spencer was crying about his ear hurting, so while my mom was still in town, we took him to urgent care since it was after hours. They said he was fine.

Fast forward two days, and he’s crying more, and barely sleeping. I took him to his regular pediatrician after my mom left, and his eardrum had ruptured, and he has an inner ear infection in the other ear. Add a fussy teething baby, and mama’s borderline crazy already.

On Friday, I had to run a few errands before I picked the boys up from daycare, so I got Danny in the car to take her to Petco to pick her Valentine’s Day present. It was uneventful, and she chose some truffles. We went and picked up the boys and got home around 4:30. Easy peasy. We were ready for a nice, relaxing Friday evening. When we got home, I opened up Porter’s door, and before I could clip Danny’s leash on her, she jumped out and started running down the driveway towards the street. She saw that our neighbor was home and knew that her friends were coming out to play. 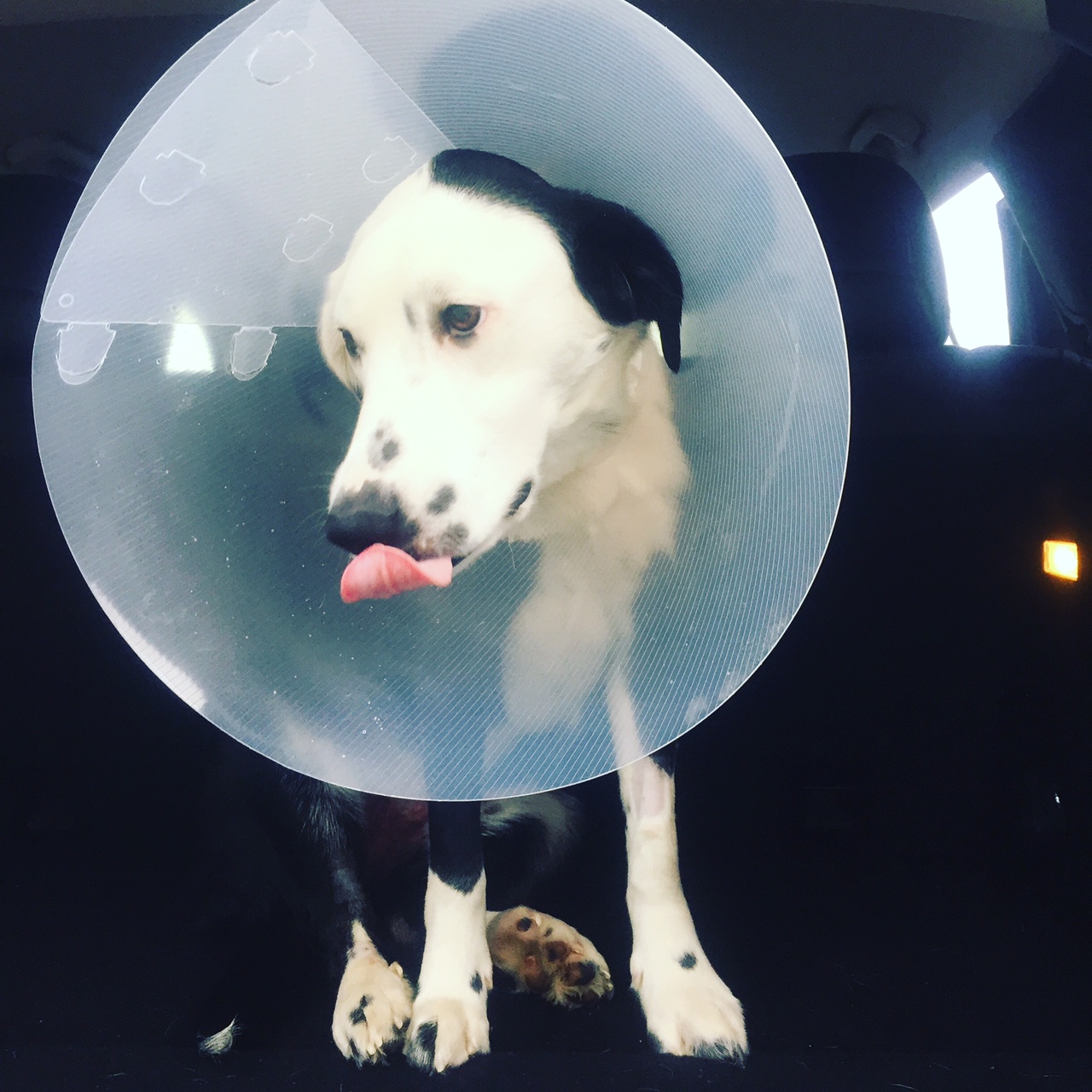 It felt like slow motion as I raced after her, watching a Ford F-350 speed down our road, miss her with his front tires and then hit her with the back. You guys, it was the worst thing I’ve ever seen in my whole life. She flew like a rag doll, and I knew it was bad. Porter and Spencer were still waiting to go inside as I grabbed hold of my injured dog and pulled her to the side. She was in so much pain that she was biting me in the process, but I knew I had to get her out of the road.

My incredible neighbors came within moments. Meredith took the kids, Colby called our vet and took Danny, then Emily and Jo Ann came and helped me and my boys inside while we waited for information.

They called about 45 minutes later and said she was stable, but she’d definitely broken her left hind femur. She had blood clots in her bladder, but no pelvic fracture, and her spine looked okay. They didn’t, however, think she could spend the night alone, so I needed to take her to the 24-hour emergency vet in Syracuse.

Jo Ann and Meredith jumped into action without a second thought. We made the boys dinner, and they volunteered to stay with them. Emily said she’d take me to Syracuse because I was in no condition to drive, and we went to get Danny to take her the hour and a half to the e-vet. Once there, they took her on a stretcher inside, and she gave me a few kisses – just to let me know she was there and okay(ish).

Danny stayed there for 36 hours, and she came home last night. She went into our normal vet this morning for surgery to put a plate and four pins in her femur. She’ll spend a night there, and then she’ll come home to recover. She is, for all intents and purposes, the luckiest dog ever. The vet said that if a passenger car had hit her, she would’ve died because she wouldn’t have missed the front of the car.

I’m so, so, so grateful that my dog is going to be okay, and I’m so thankful for the amazing support system we have here in New York. I may not love this state, but our people are the absolute best.

Now, here’s hoping things can only get better from here…