Poor Porter. He’s definitely become the victim of second-child syndrome. I’ve literally done, like, one update on that sweet boy’s life. But, we’re nearing his first birthday, and I figured it was high time we do a little update on this biscuit boy. Porter’s been keeping us on our toes lately with some chronic health issues, but he’s truly such a good baby. Minus traveling. He’s the worst traveler. And by that, I mean that he’s fully capable of screaming for four hours straight when he wants to. But, that’s neither here nor there…here’s a little update on our man. 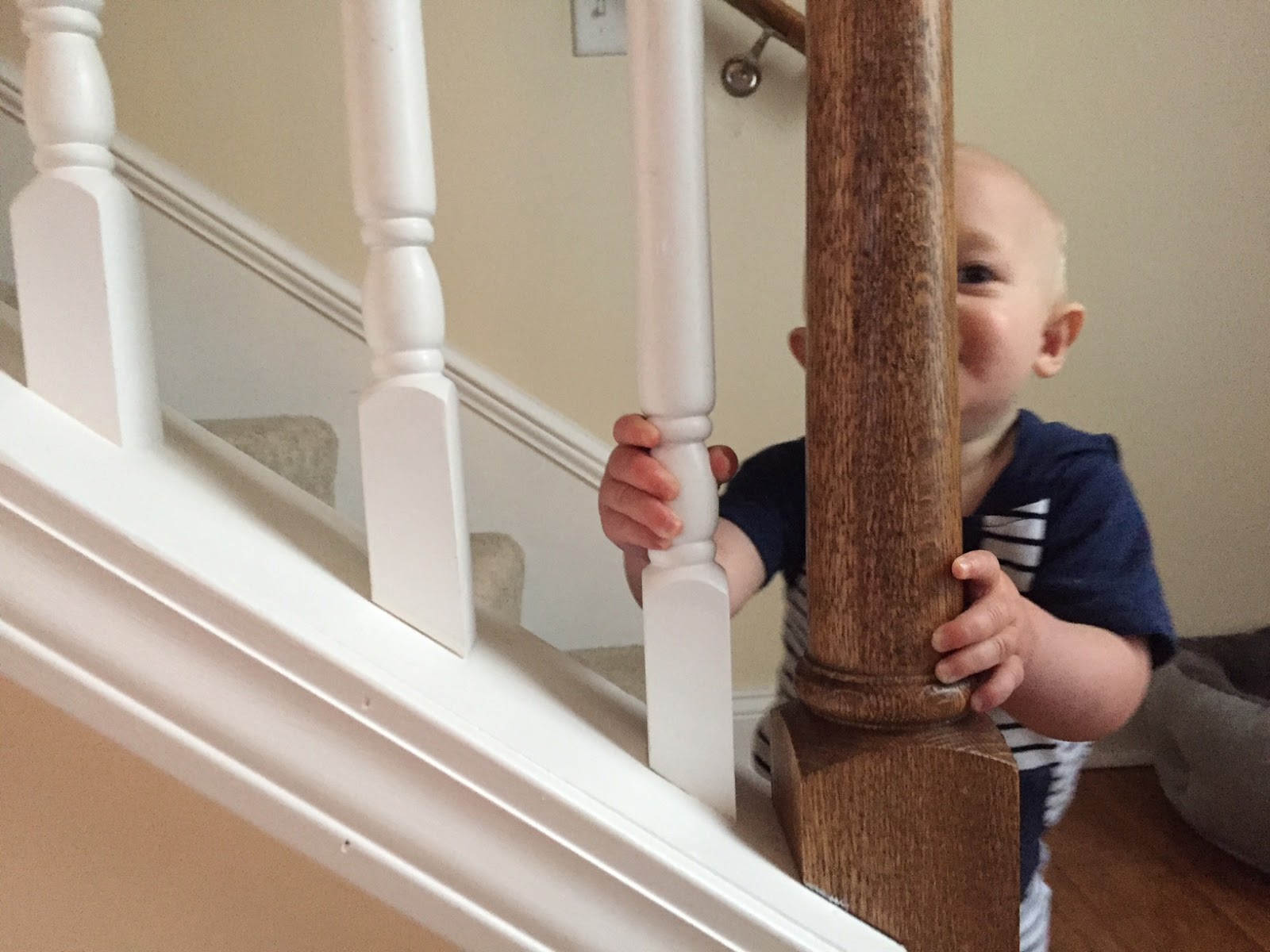 Weight: This is our primary concern with our little guy right now. He’s long and lean, and he’s recently lost a good bit of weight. He currently weighs in at 18 lbs, and he rocks the 0 percentile.

Height: Porter is a tall guy! He’s currently 30 inches, which is just 4.75 shy of Spencer. Maybe he has some of my family’s height going on?

Clothes: Porter rocks 12 month clothes with ease right now, and I find myself wishing my boys were born in the same season! Hand-me-downs haven’t been much of an option, especially since Spencer always erred on the smaller side.

Milestones: We finally have our first tooth! While we were in South Carolina, I finally saw a little pearly white peeking through on the bottom right. I hope there are a few more coming behind it because he really loves to eat all the foods. He’s also very close to walking now! He can stand solo right now for about 5-10 seconds at a time, but he hasn’t walked yet. He’s also really into climbing the stairs, so I think that the baby gates need to go back up.

Porter’s Favorites This Month: He’s a big, big fan of the tub finally. He wants to play with all the bubbles, and he desperately wants to play with Spencer! Big brother isn’t really having it right now, but I’m hoping they get around to playing soon. He also really loves his new daycare. He sits in a big-boy chair (okay, for little toddlers/babies), and he has so much fun playing big kid.

Mama’s Thoughts This Month: I can’t believe my little babe is almost a year old. I’m a little worried about his guts. Because he’s been losing weight, and he’s been consistently struggling with a really awful diaper rash, including impetigo, the doctors really want to do some tests. We did a full blood panel the other day, as well as a stool sample, and if he hasn’t gained weight by the 26th, he has to go to Syracuse for a biopsy. Please think good thoughts for our boy!