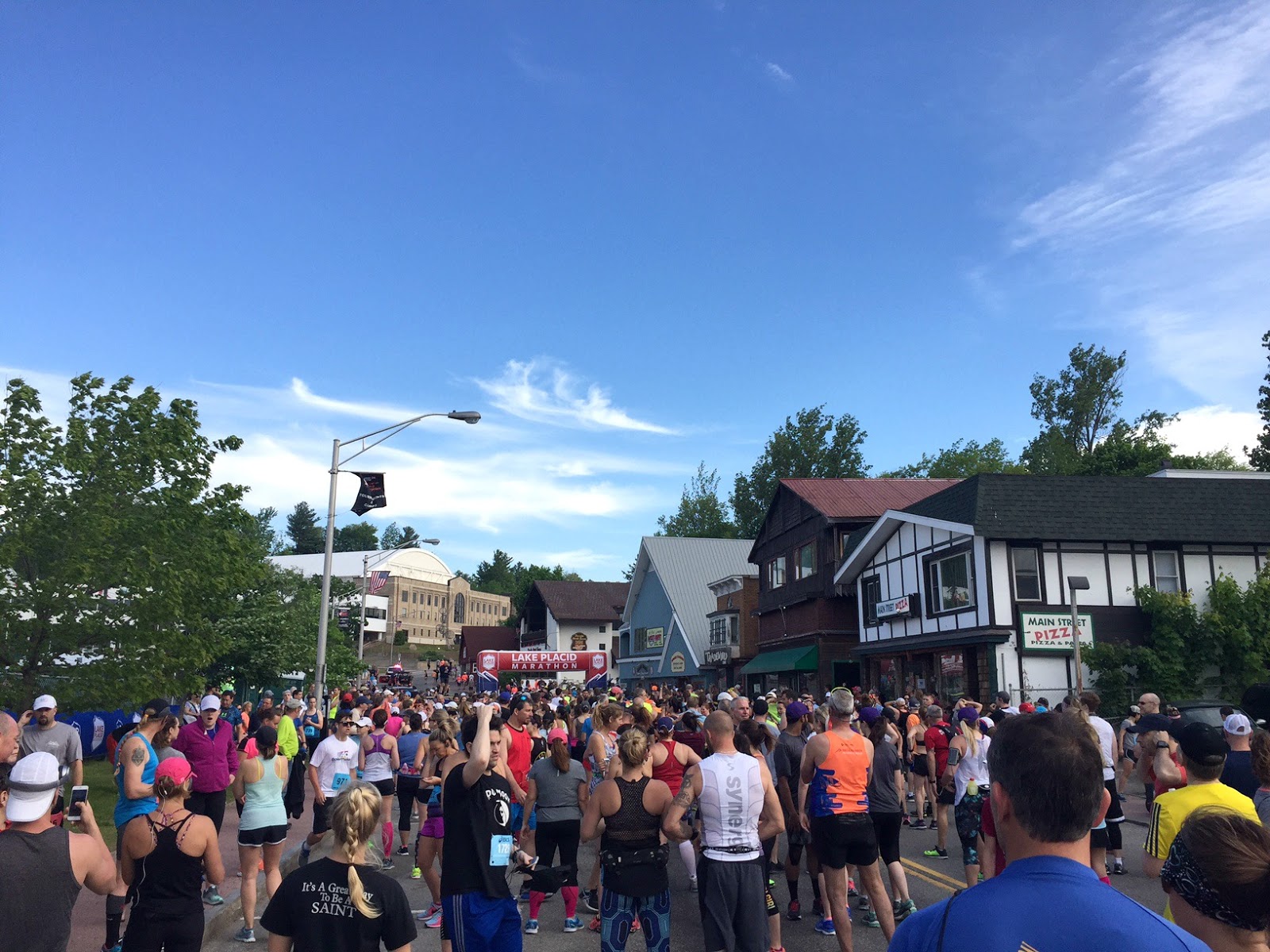 This past weekend, the boys and I traveled the 2.5 hours to Lake Placid, NY for the half marathon. This is the second time I’ve done the race, and the last time I did it, it was actually my first half marathon. Spencer was 6 months old at the time, and if I remember correctly, I had to nurse him right after I finished because he refused the bottle my parents tried to give him. Honestly, last time we didn’t do it right. We stayed too far away, we weren’t relaxed, and we had a very attached baby, all of which made it hard to enjoy.

This time, we went up on Saturday morning and booked a stay in town at the Lake Placid Summit Hotel & Suites, which is about a half mile from the start at the Olympic Oval, and along the actual course. My parents came up on Saturday afternoon, and the boys were thrilled to see them. We did our packet pickup on Saturday afternoon – also much better than trying to pick it up the morning of the race, which we did last time. 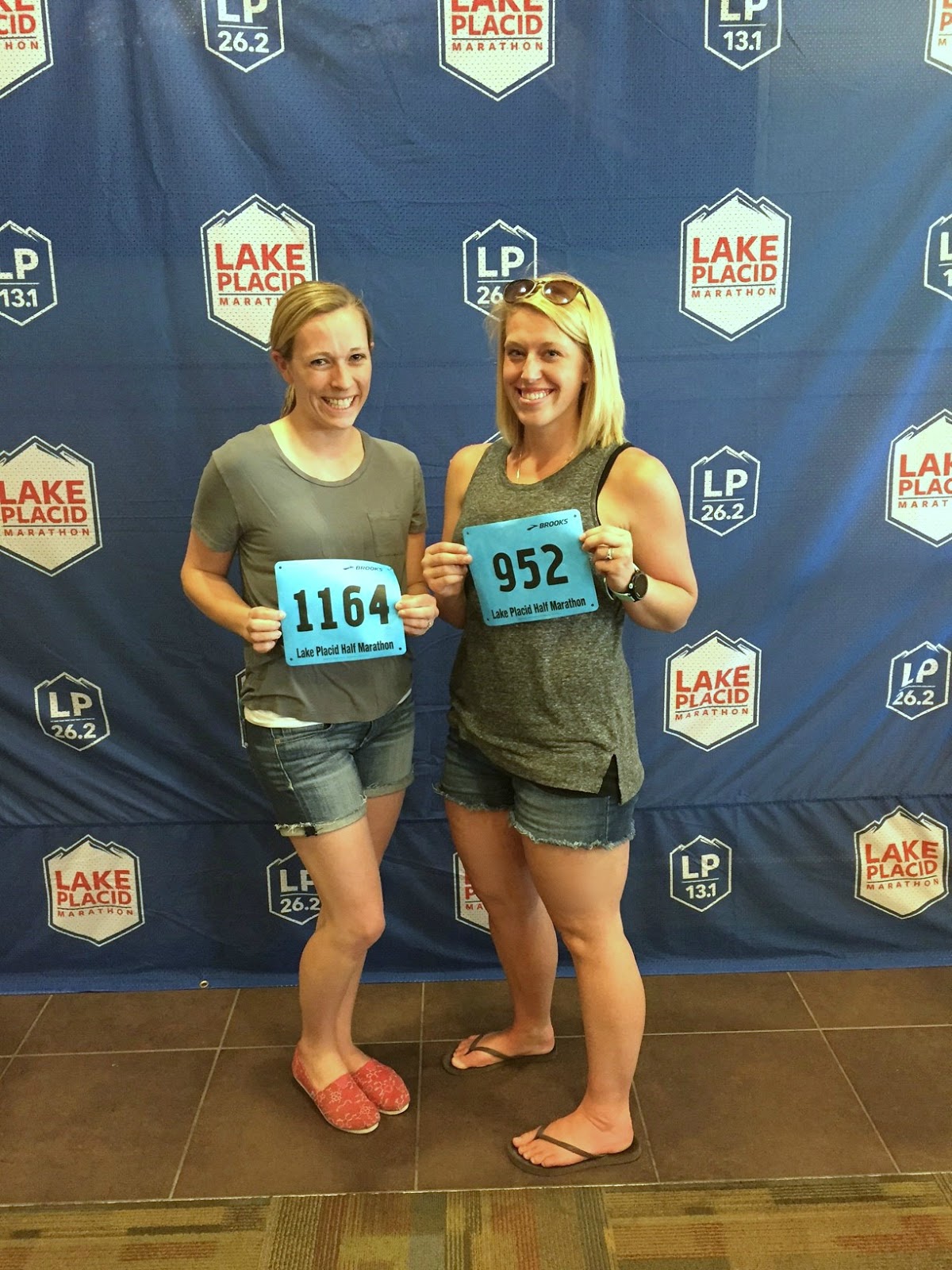 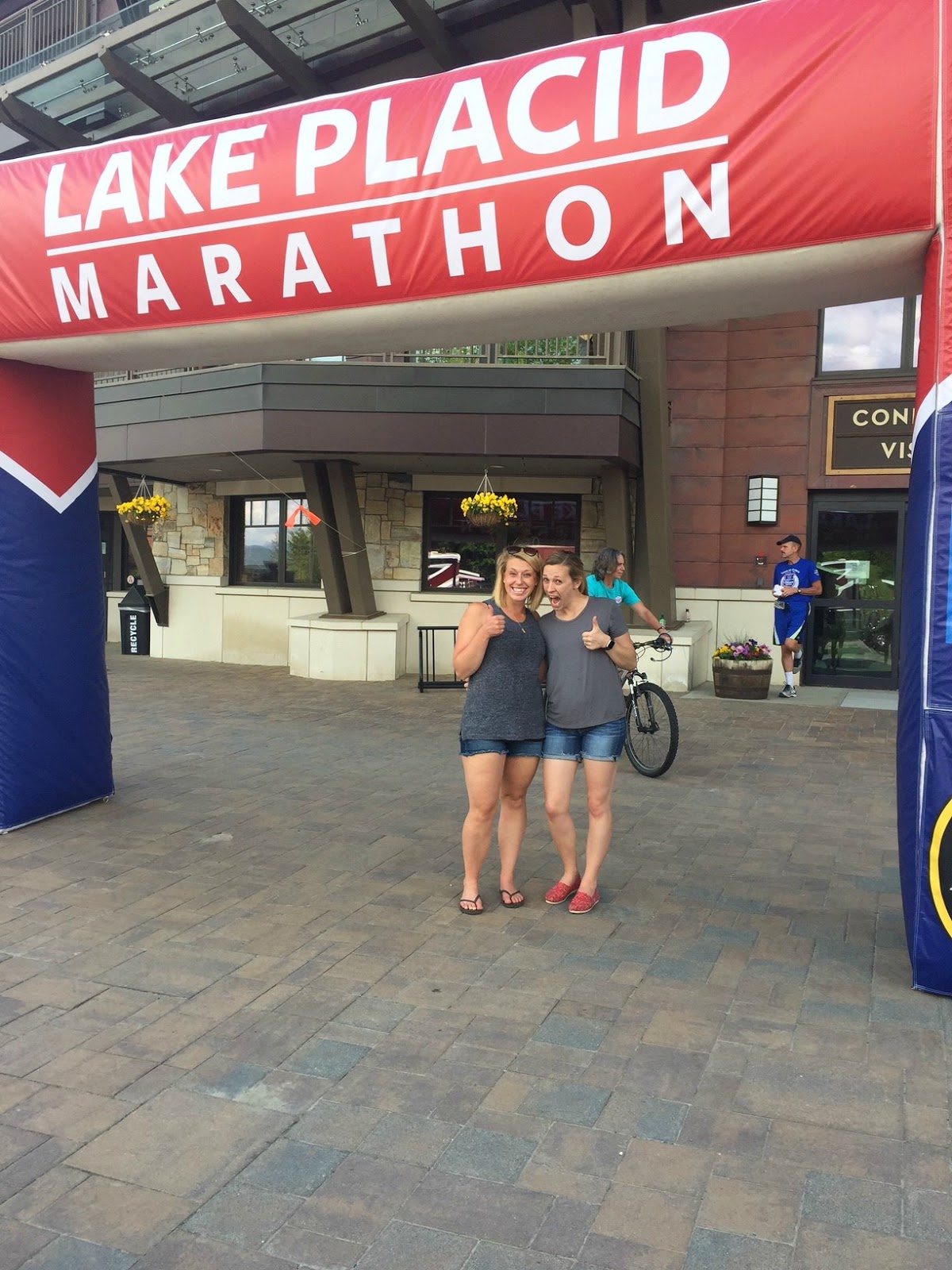 Our neighbor, Emily, decided to do the race with me, and this was actually her first half marathon! It’s been fun having a training buddy, and I’ve enjoyed being able to experience this with her. We spent the evening before the race enjoying main street and downtown, and we had a great dinner at the Lake Placid Pub & Brewery. As an aside, they have a kids’ playroom on the top floor right where we dined, and it was so nice. Spencer, Lindsey and Porter had a blast playing until we ate dinner, which was delicious. They’re also the brewery that made the official race beer – the LP26.2 🙂

We got a fairly early night back at the hotel, and once the boys were settled, Emily and I went over our gear, planned for the morning and packed it in pretty early. The boys slept much better than I did. I find I can never really sleep that well the night before a race. We were up at 6, and we left the hotel at 7 to get to the race start, where we stretched and got ready. And then we were off!

This race, despite being obnoxiously hilly and hard, is so well-run. There are aid stations almost every mile, and they’re well-stocked with water, gatorade, gu, bananas and more. Honestly, it’s one of the best-planned races I’ve done thus far, and I really enjoyed running a familiar course. The first 9 miles felt really strong. I was going a steady pace – not fast, not super slow – and I had a great rhythm. Right after the turnaround though, you begin to hit the uphills, and when I got to the ski jump at mile 10, I hit a wall. I clearly need to up my mileage and drop a few more lbs to really get in gear. I walked the last hill since that last mile is almost completely uphill, and I finished in 2:22.17. It was 8 minutes faster than my last race in NJ, and it was 16 minutes faster than the last time I did Lake Placid. It was definitely not a PR, but it felt like a good jumping off point. 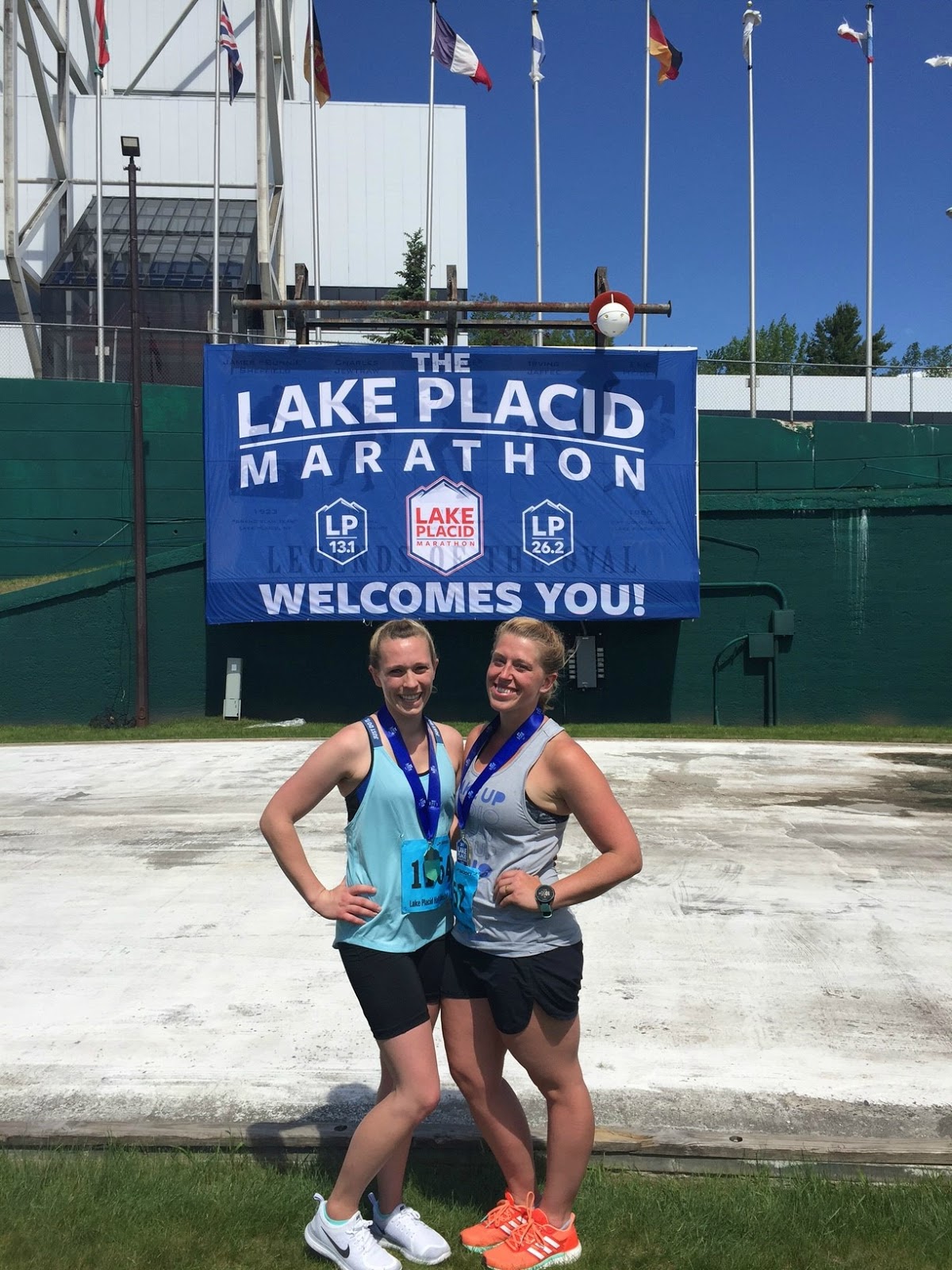 All in all, this is one of my favorite races to do, and I’m really glad we bit the bullet and did it. It was also my first race in my new shoes from Fleet Feet in Syracuse, and they worked great, which bodes well for training! We’re going to really kick things into high gear starting this week, and I’m excited to see how things progress. Our next race is just a 5K here in town on the 25th, then we have a break in races until August 27th, when we do the 18.12 challenge.

Until next time, Lake Placid, you’ve been great! 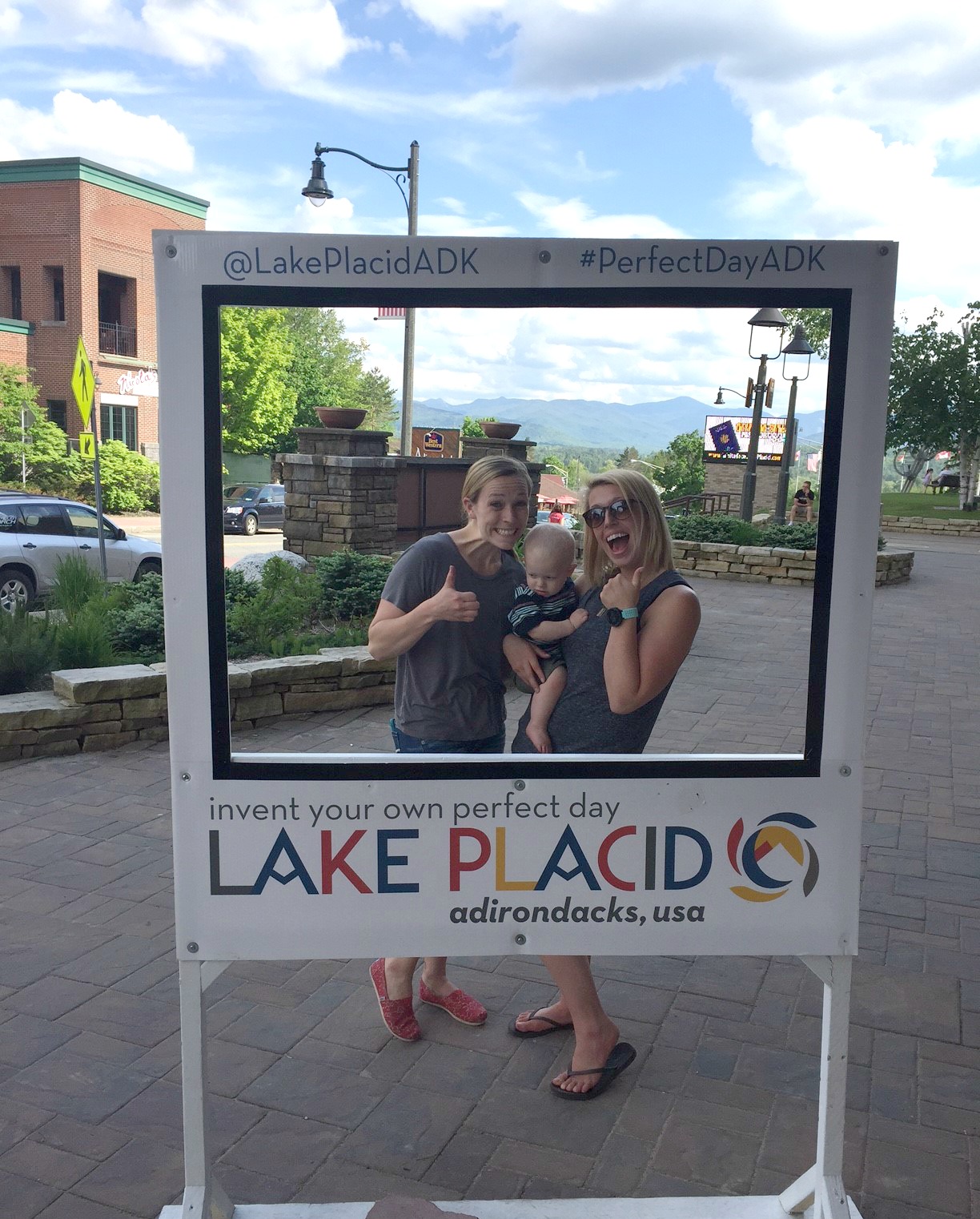 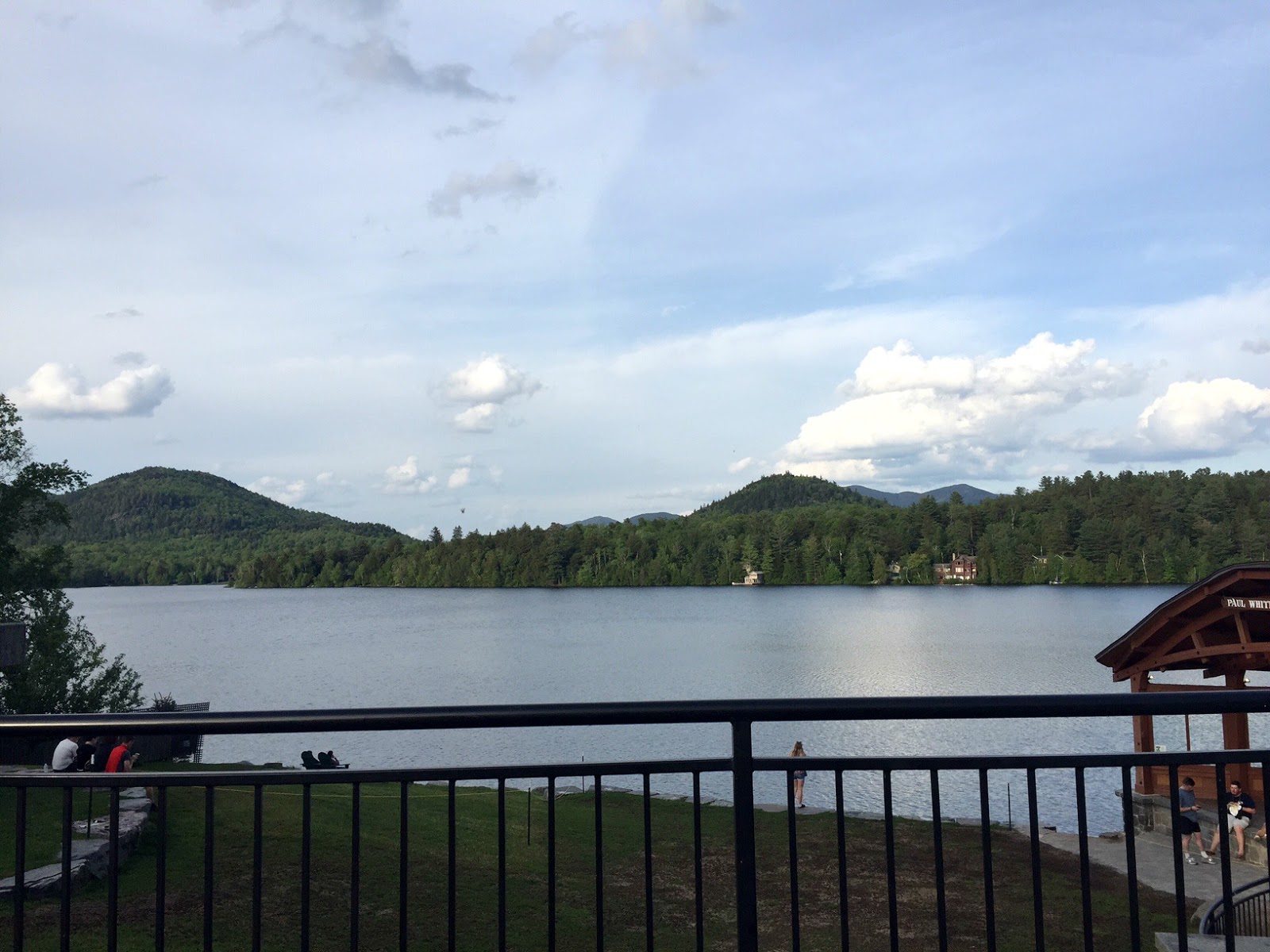