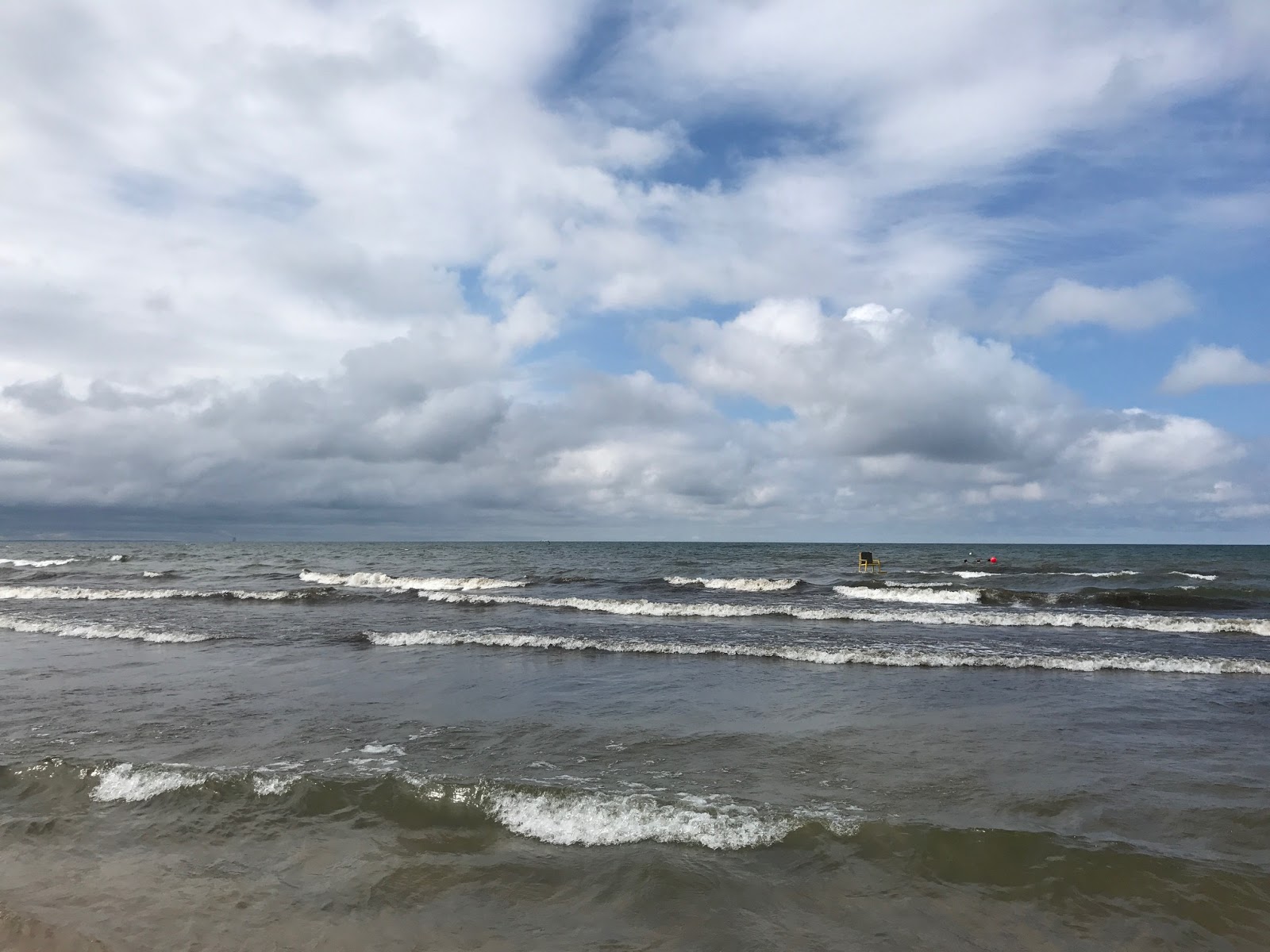 It was super hot and humid this past weekend here in Black River, but it really was pretty much perfect weather after a rainy Saturday morning. Despite not being sure it was going to turn completely around, some friends and I from the FRG decided to go ahead with our plans and meet up at Southwick Beach State Park in Henderson. It’s about a 45 minute drive from here, so we left at about 10:30 to ensure we would get plenty of time.

For those unfamiliar with life up here in the North Country, we really don’t have any real beach access. By that, I mean we don’t have direct access to an ocean nearby. We do, however, have access to lakes, and Southwick is on Lake Ontario, which turned out to be just as amazing as the ocean. 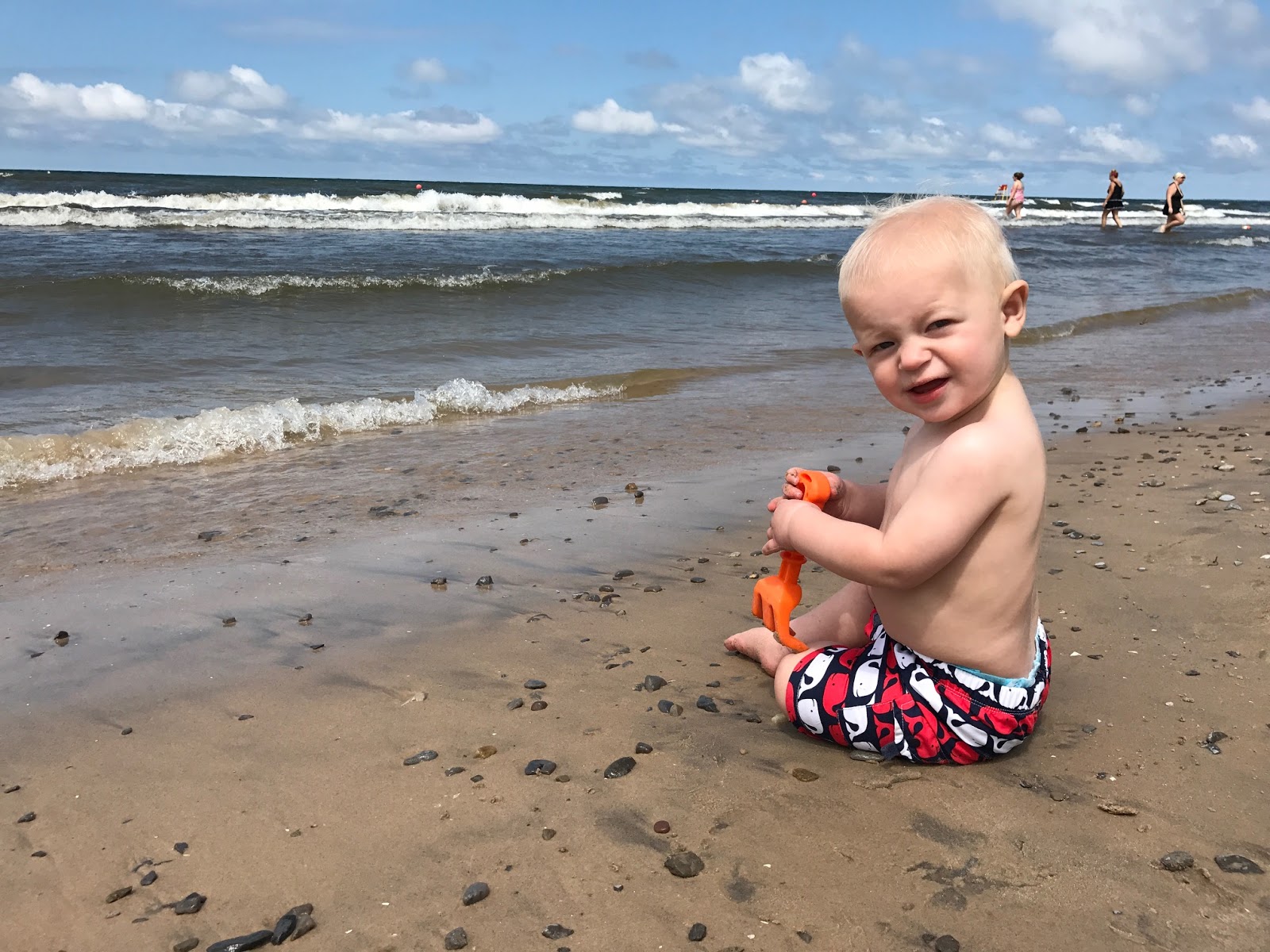 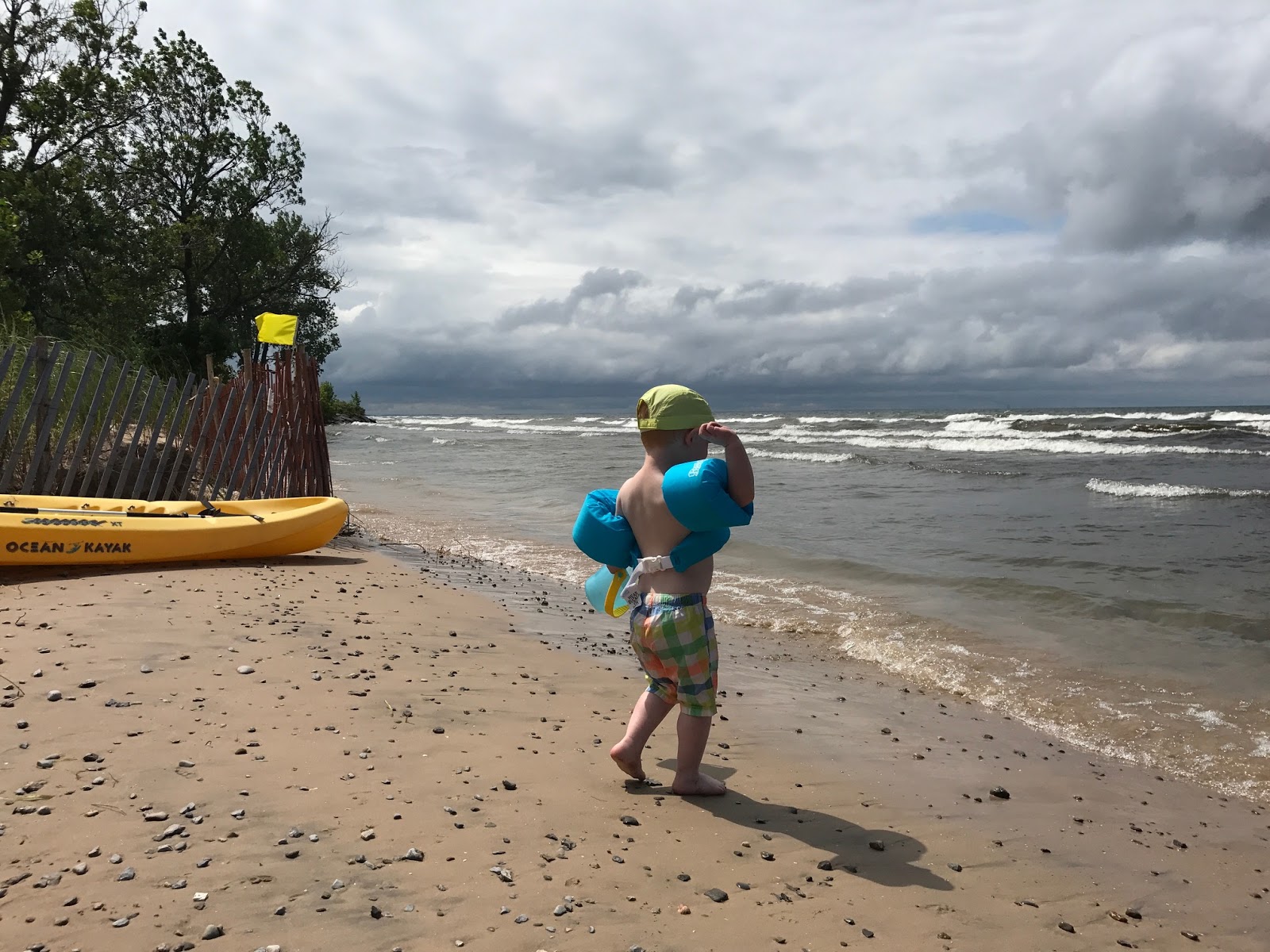 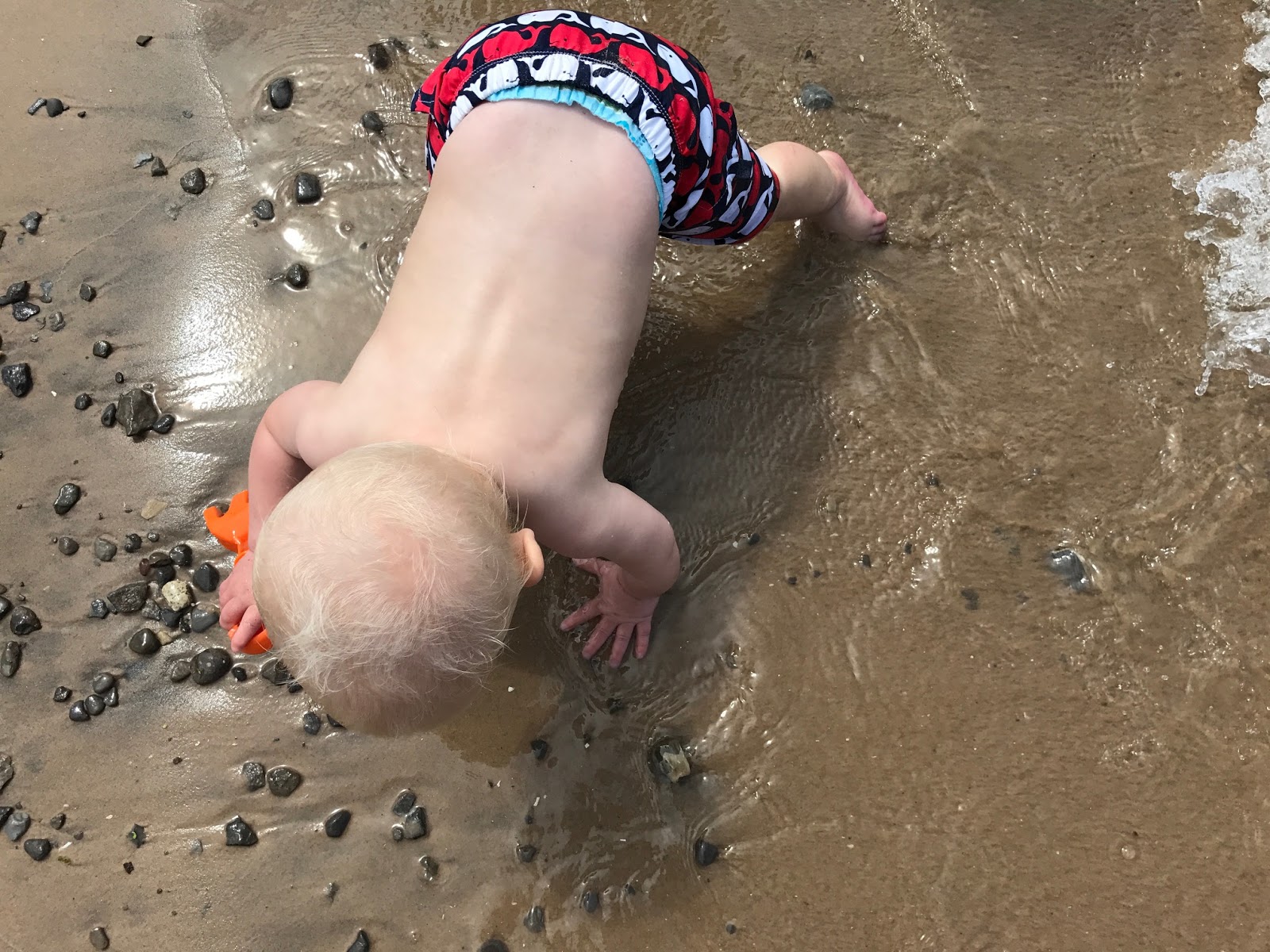 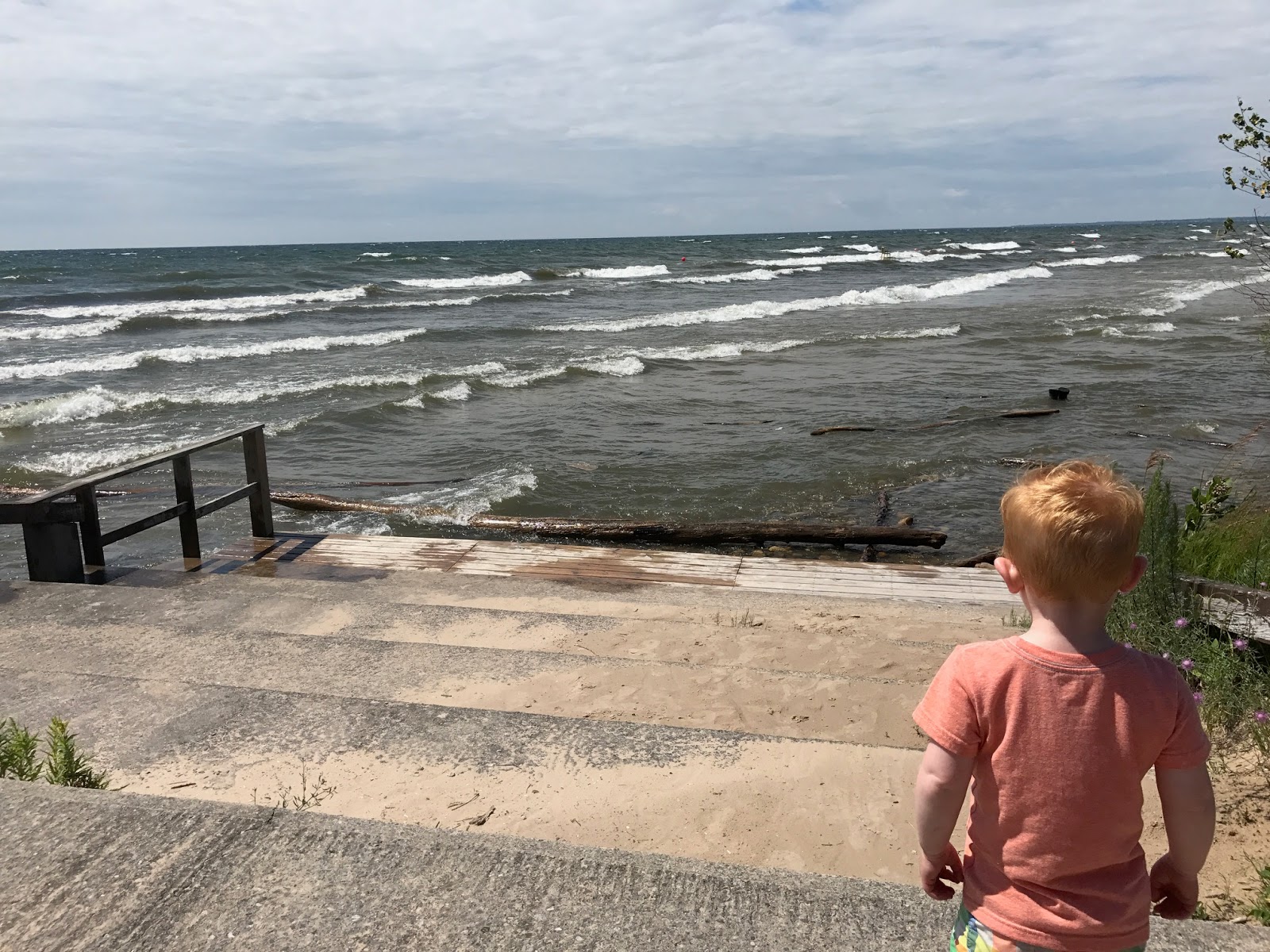 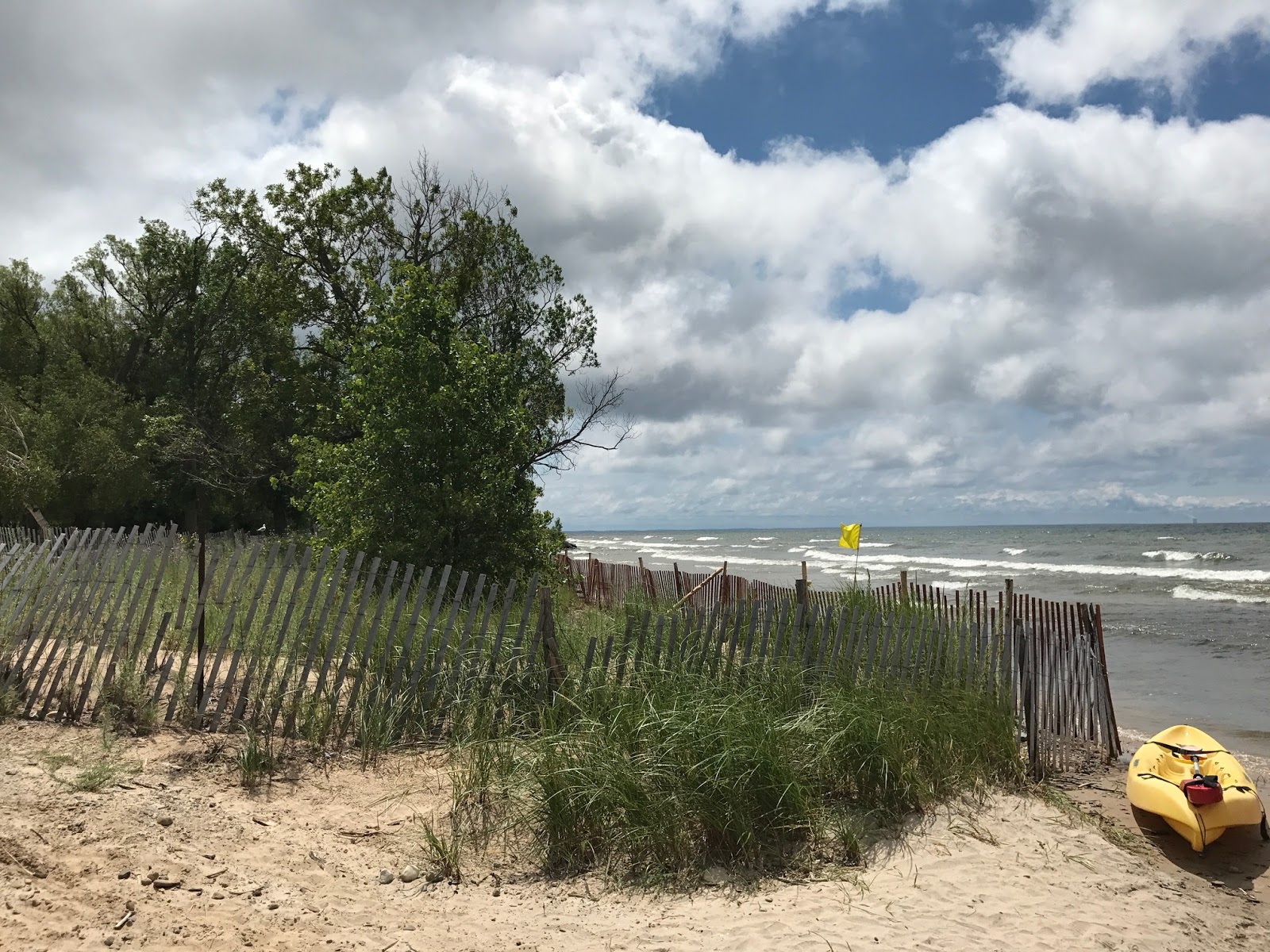 If I didn’t know any better, I honestly would have thought we were at the ocean. Because we’ve had some storms lately, the wind was quite strong, making it seem like there was an actual tide – and kicking up the waves. Spencer and I had a blast playing in the water, and Porter would have loved to join, but it was a little rough to manage two little ones while keeping them both safe.

Southwick also has a playground area, and when the kids were sufficiently cooled off, we had a picnic lunch, and they played for an hour on the slides. If I’ve learned one thing lately, it’s that Spencer has no fear. That boy goes headfirst down the slides, climbs the ladders without assistance and generally goes wild. It makes my mama heart so happy to watch!

I made the decision to forgo naptime on Saturday because it would’ve meant leaving early, but both boys conked out in the car and slept for a good hour, guaranteeing a fairly happy late afternoon back at home, too. Honestly, there’s so much to do here during the summer, and I’m so grateful for that. This week’s mission? Figure out Porter’s passport card. I want to take the boys to Canada!