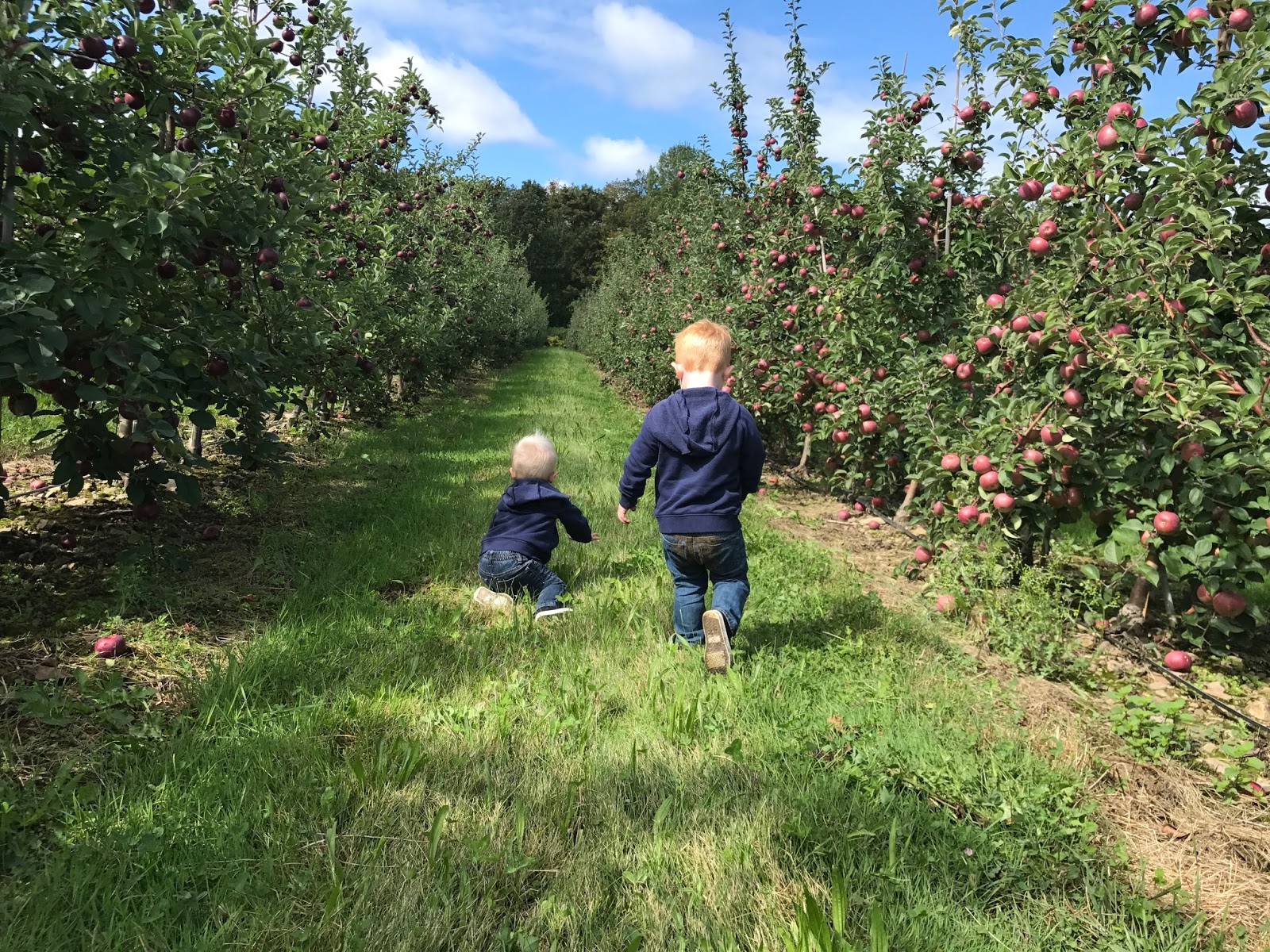 This past weekend actually felt like fall. The days didn’t get out of the mid-60s, and the boys and I were ready to soak up some of the last sun of the season after being so sick lately. On Saturday, we decided to head down to Appledale Orchards in Mexico, NY in search of the first apples of the season, and it was heaven! It’s about an hour drive from us, so I knew that the boys would likely be doing nap time in the car on the way home. Planning on that, we left home around 9:30 and got there before the crowds. 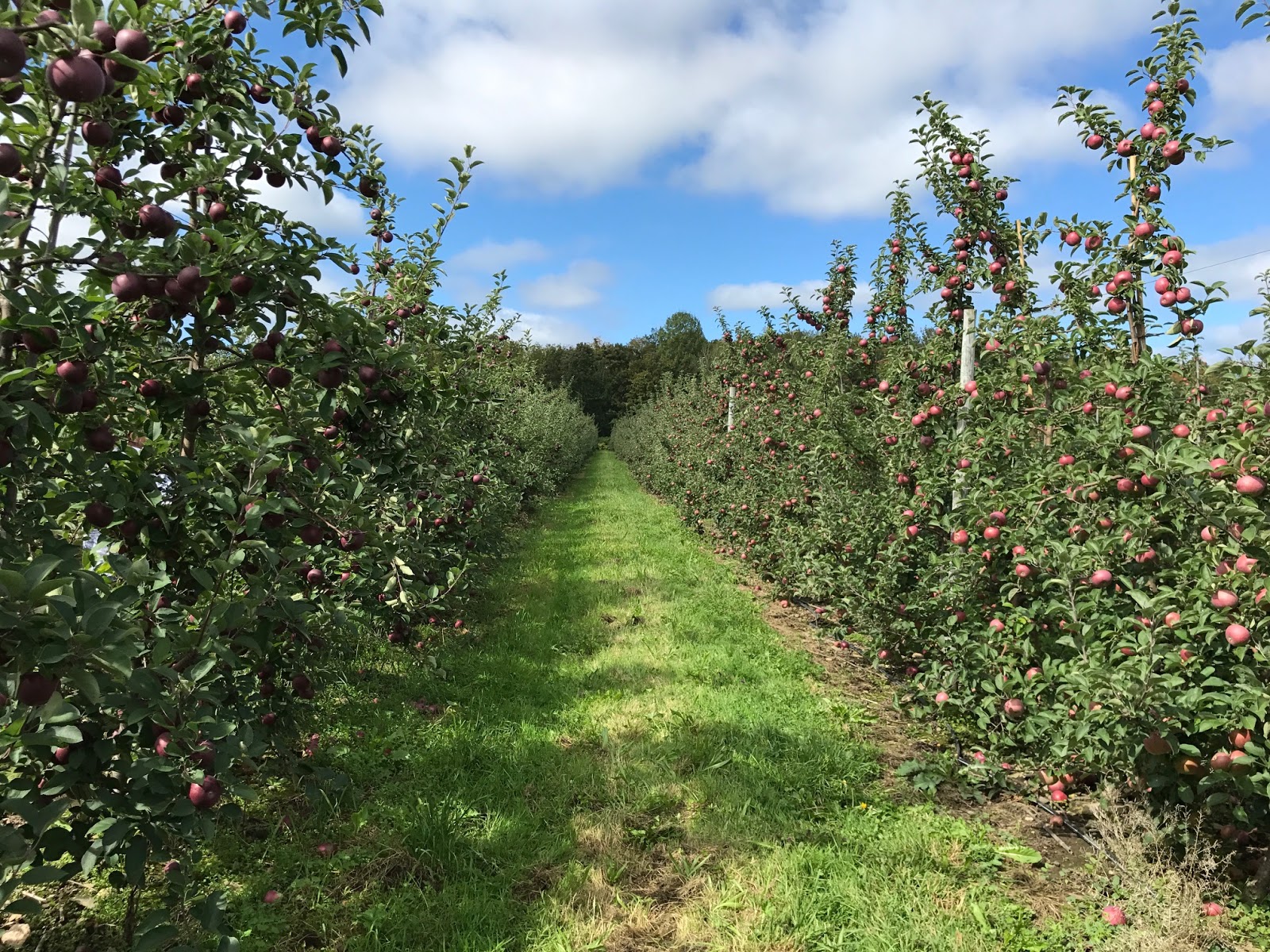 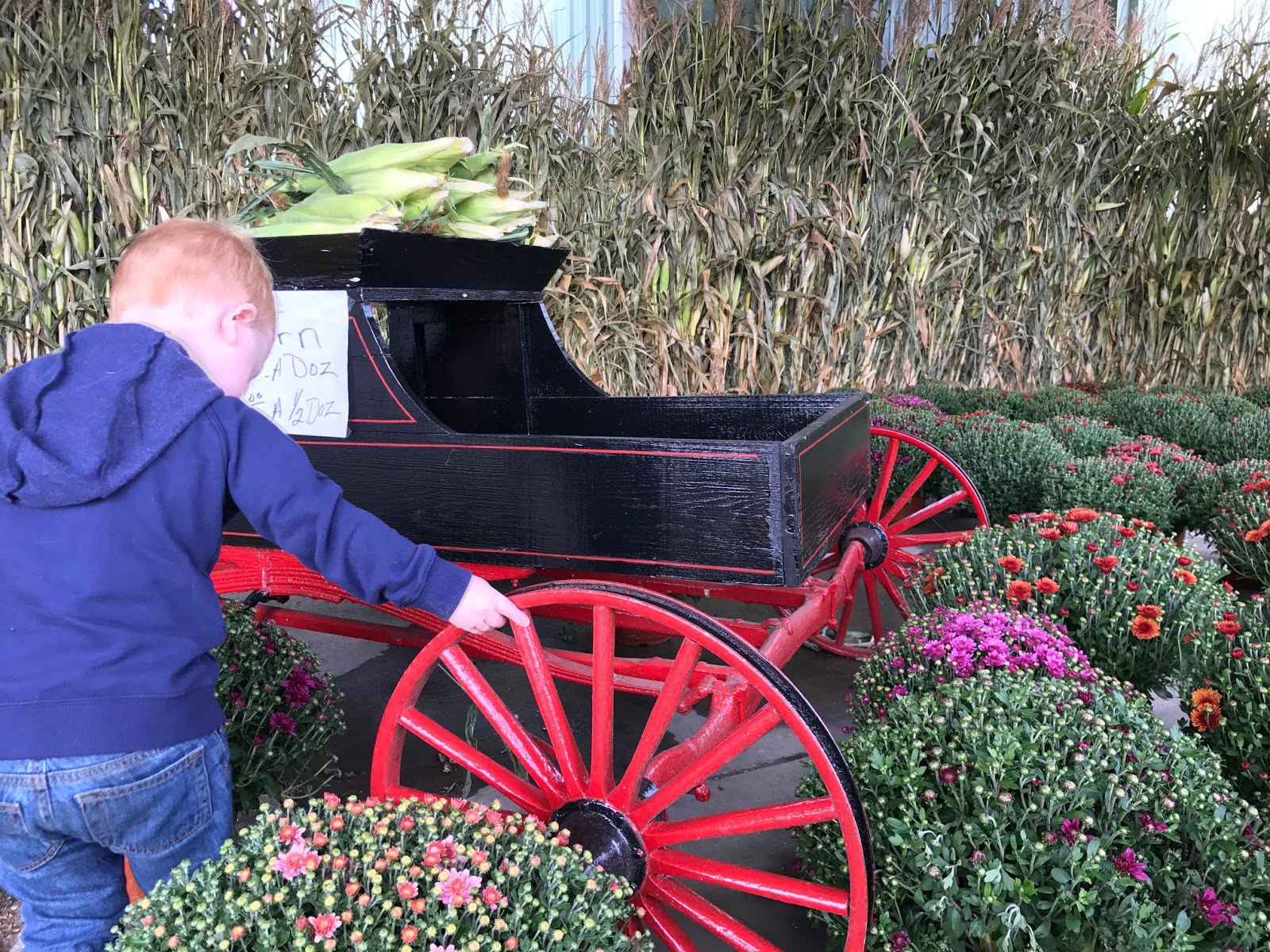 Available for picking this past weekend were both Macintosh and Gala apples – neither of which are my favorites – but will make for some great applesauce (more on that later this week). Spencer was a little more interested in picking the apples than Porter, but both had a blast sampling mama’s apples and placing them in my bag. We made our way down quite a few rows and picked some juice red ones, as well as some slightly green ones because they’re more tart. Am I the only person that only loves the tart ones?

We left with a whole bushel-full, and we made our way over to the market next door where we bought some apple wine, some gummies for the boys, and we shared a fresh cider donut. There’s something about fresh cider donuts that just screams fall (and delicious). 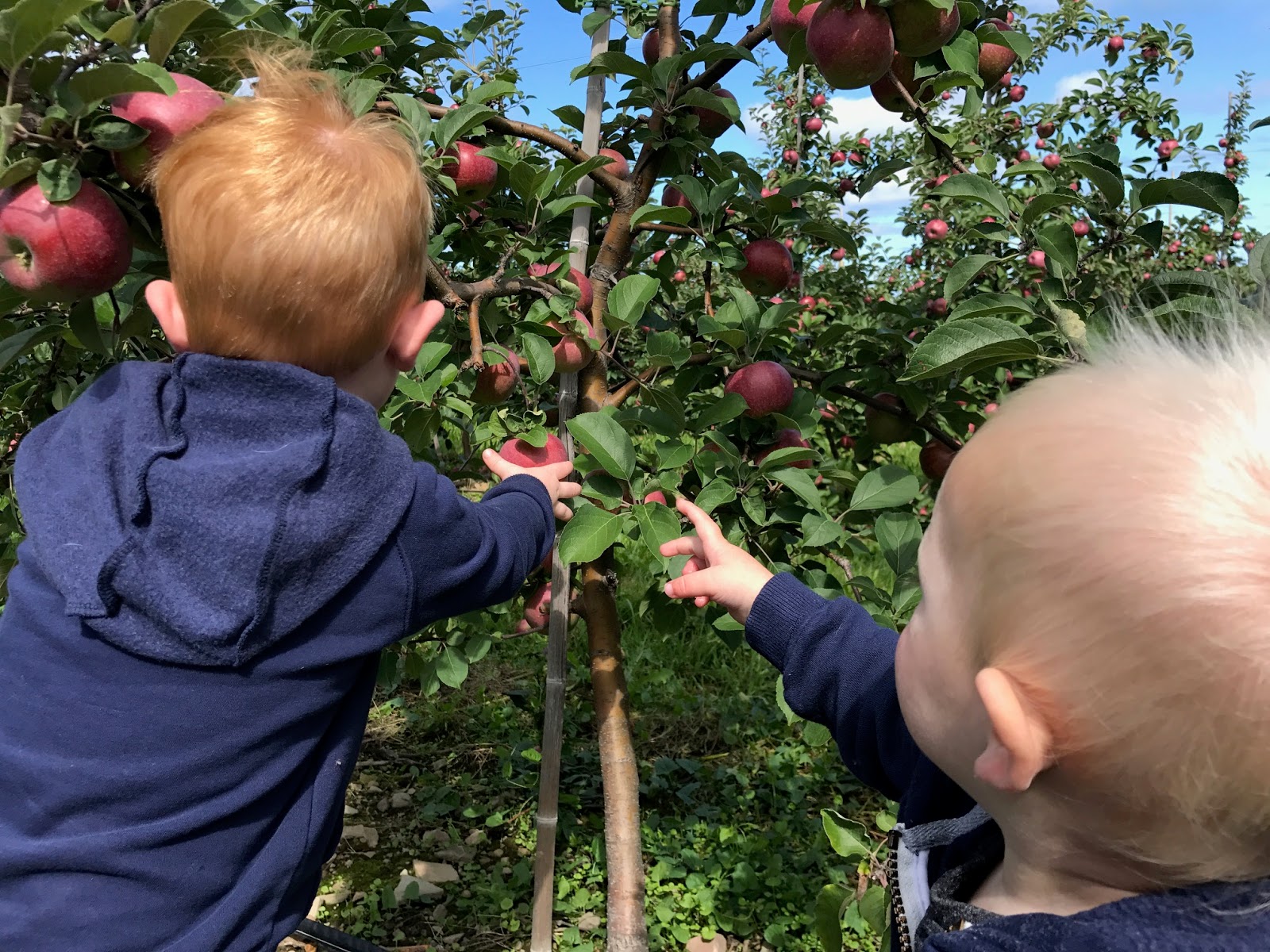 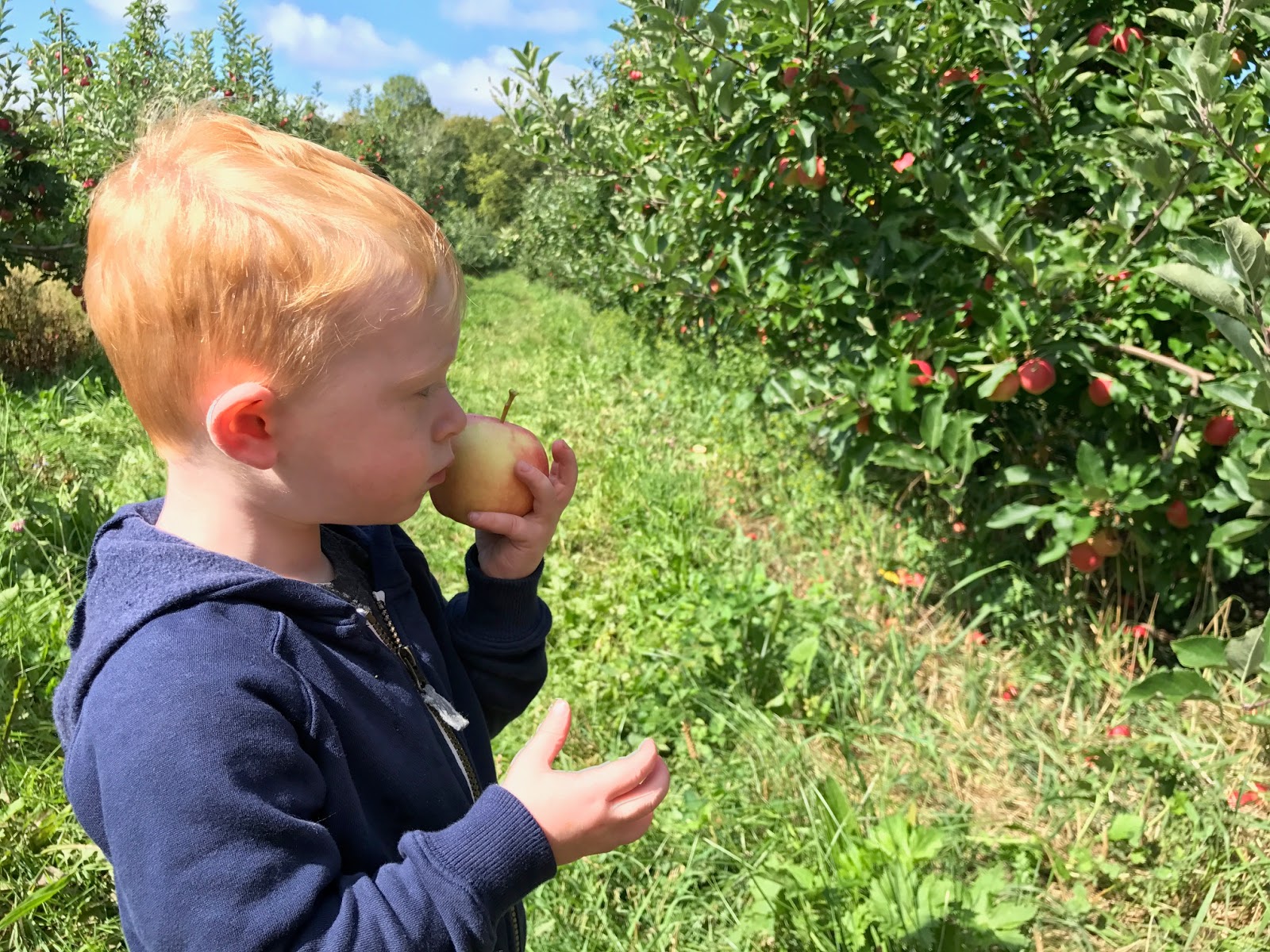 On Sunday, the boys and I took advantage of our zoo membership to Thompson Park Zoo again and got to see the animals bright and early. The boys could have spent all day watching the otters play, and frankly, I could have, too! It was a blast.

I was talking to Ryan about it this weekend, and I realized that as hard as this deployment has been, the boys and I have seen more of northern NY this past summer than we have in our entire 3 years here. It’s not that it’s really any easier packing the boys up to go on an excursion. It’s just that it’s worth it. We feel better when we get out and do stuff together, and that makes all the difference.