Last week started like any other week. My mom (Oma) was heading out of town, and I was ready to tackle a week of training after the 18.12 Challenge. But Spencer hadn’t been feeling well all weekend, and he seemed worse than ever on Monday morning, so I took him to the doctor. Within a couple hours, Spencer was admitted to Samaritan in Watertown – not at all what I’d expected to happen. When we got to the doctor, his pulse ox was dangerously low – 81 – and after a dose of prednisone and two nebulizer treatments, they could only get it up to 86. And so, we were sent to the hospital.

We spent two days and nights there, and we left with the knowledge that Spencer now has asthma, and any time he has a cold, or the weather changes, he’s prone to an asthma attack. We have a rescue inhaler, a nebulizer and prednisone to combat these things, but yikes. What an ordeal. Oh, and while Spencer was in the hospital in Watertown, Porter had to go to the hospital in Syracuse for further testing.

It was a really awful week. I kept trying to find time to blog, but computers were the last thing on my mind when my babies were unwell, obviously. But now, we’re all home and healthy, and now we get to play catchup since it’s officially September…what?! I finished my 18.12 Challenge right before life went crazy last week, and it’s seriously one of my biggest accomplishments to date! I felt amazing during it. Emily and I went out slow – around an 11:09 pace – but right at about mile 9, I started feeling the urge to move a bit faster, so I decided to listen to my body and did it. I ran the entire thing. That’s a feat in and of itself.

The biggest feat though is that I did it in 3:16:27 – a whole 16 minutes faster than my 18-mile training run. It was a fantastic course, and there were aid stations every 1.5 miles, which made it even more bearable. The weather was great, though it started getting hot at the end, and I’m thrilled that I had the chance to do this race in NY. If you’re a runner, and you’re ever around for the event…do it! You won’t be disappointed. 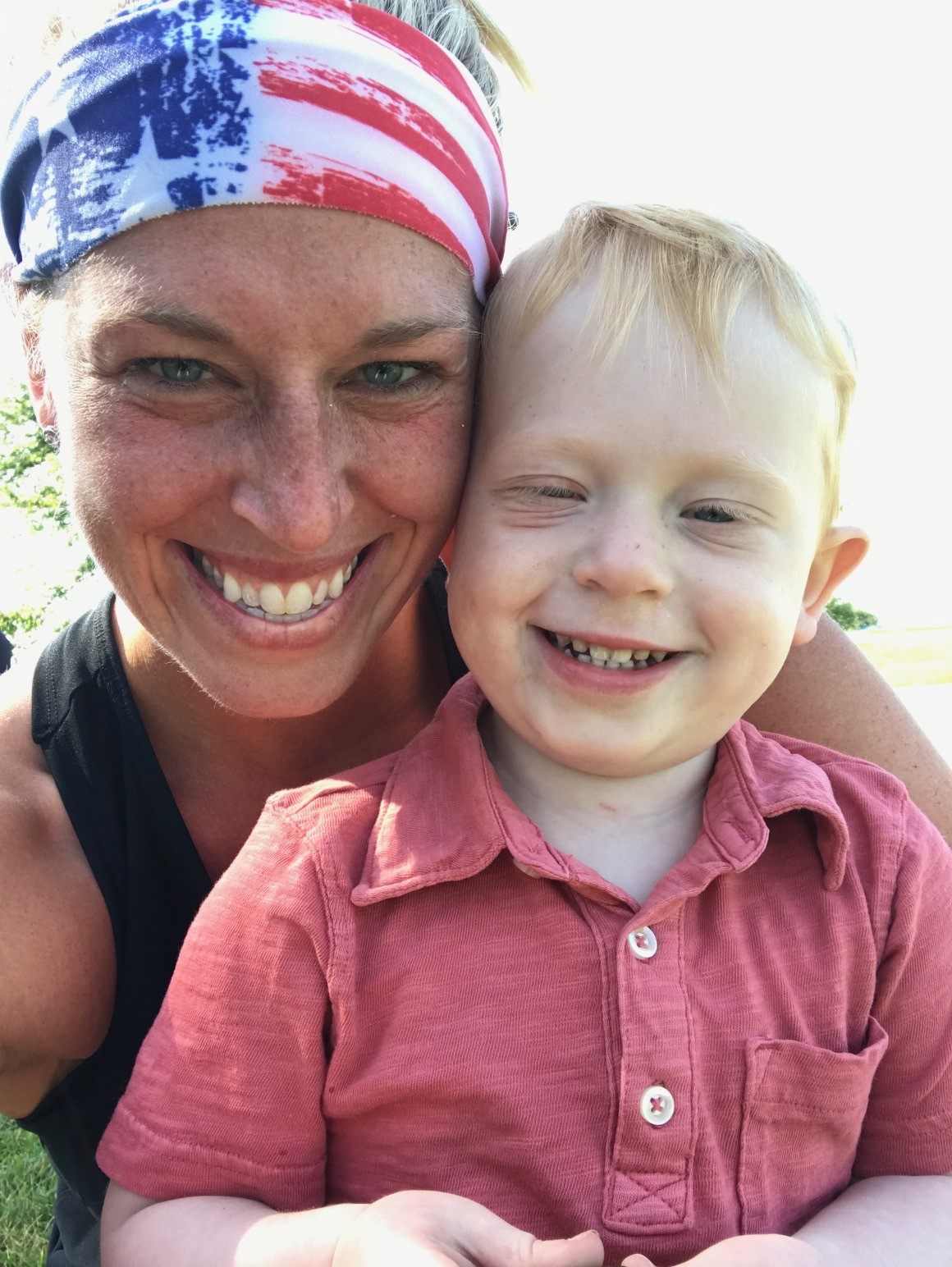 And, though my sweet Spence looks so sick in this picture, I have to share it because he was so excited to see me cross the finish line. He’d been having issues all weekend before his hospital stay – including his eyes swelling shut – but my gosh, I sure do love my boys, and I love that they get to watch mama run! I love that I get to teach them by example.