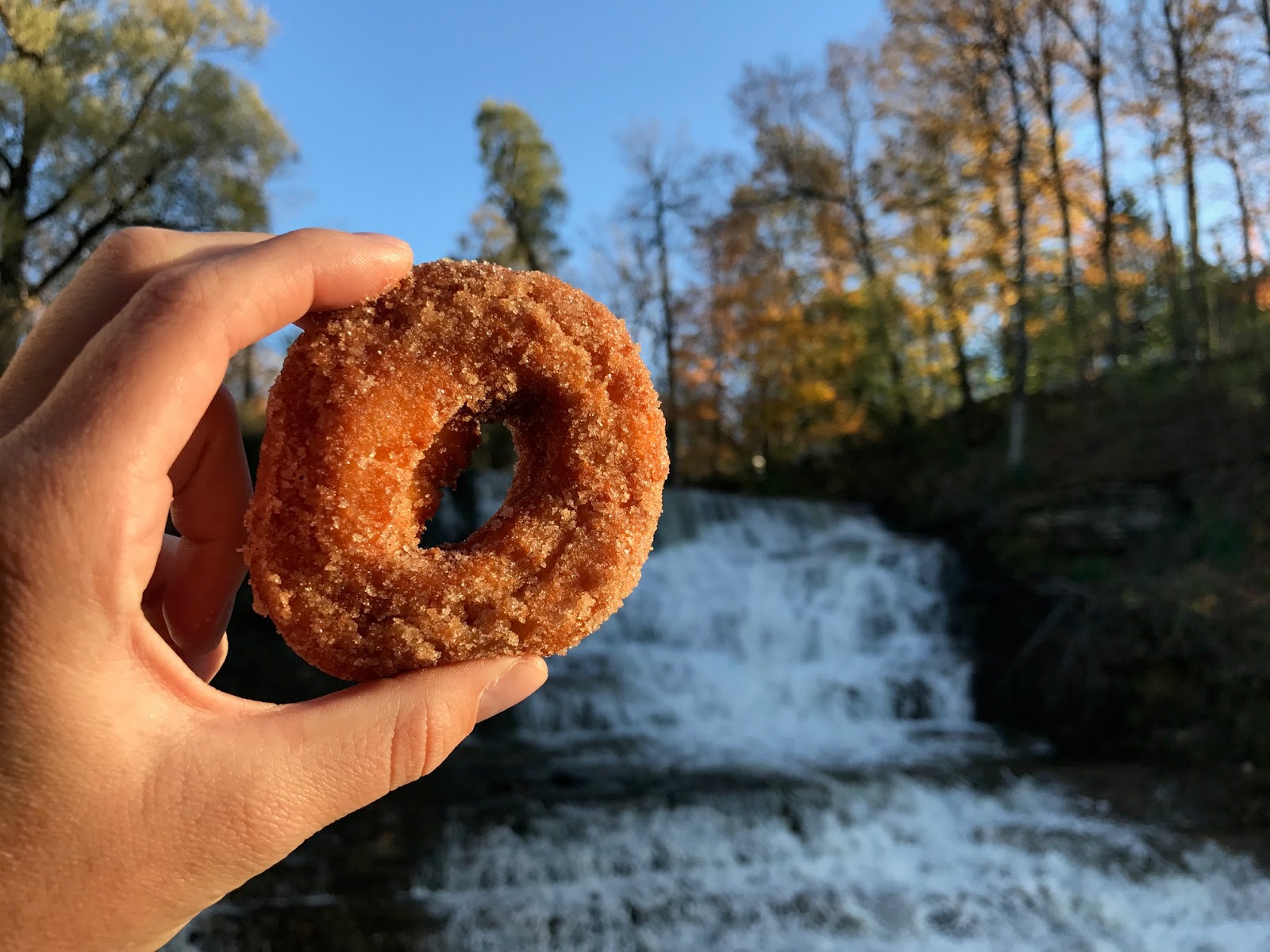 Porter’s been sick for a few days now, and it’s been hard on all of us. He came home from daycare with a fever on Monday, so he was home with me yesterday, and he was just darn miserable. The poor boy really wanted some fresh air, but I needed to make sure that he got a good nap in him first. So, after a long day of negotiations with the tiny terrorist, he finally napped, and when he got up, we went to get Spencer and headed over to an old favorite of ours, the Burrville Cider Mill.

We got there later in the afternoon around 5 PM with just one real intent – get the boys some cider donuts and maple popcorn (yes, it exists), and to see the waterfall. I was pleasantly surprised to see that they’ve done some significant renovations and that, not only is there more parking this year, but the apples for selection are now under a covered area, which keeps them out of the direct way of driving in and out.

We headed right in and got three donuts – one for each of us – and then the boys and I went all the way to the back of the building, climbed down the stairs, and watched the waterfall as we ate our treats. Funny enough, Spencer was not into the donuts this year! He just wanted the popcorn. Porter hasn’t wanted to really eat because he’s been sick, but dang it, I enjoyed that donut! 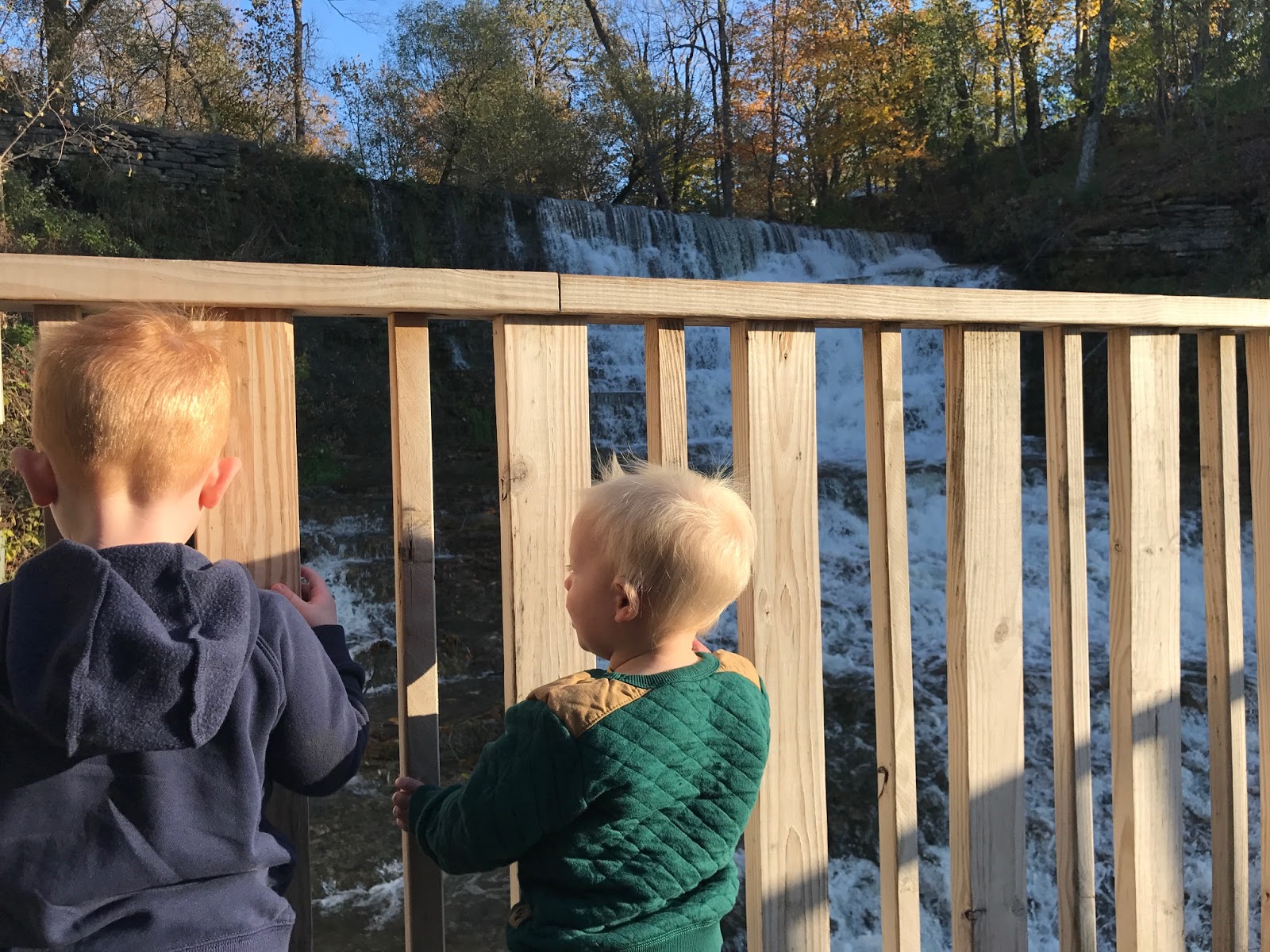 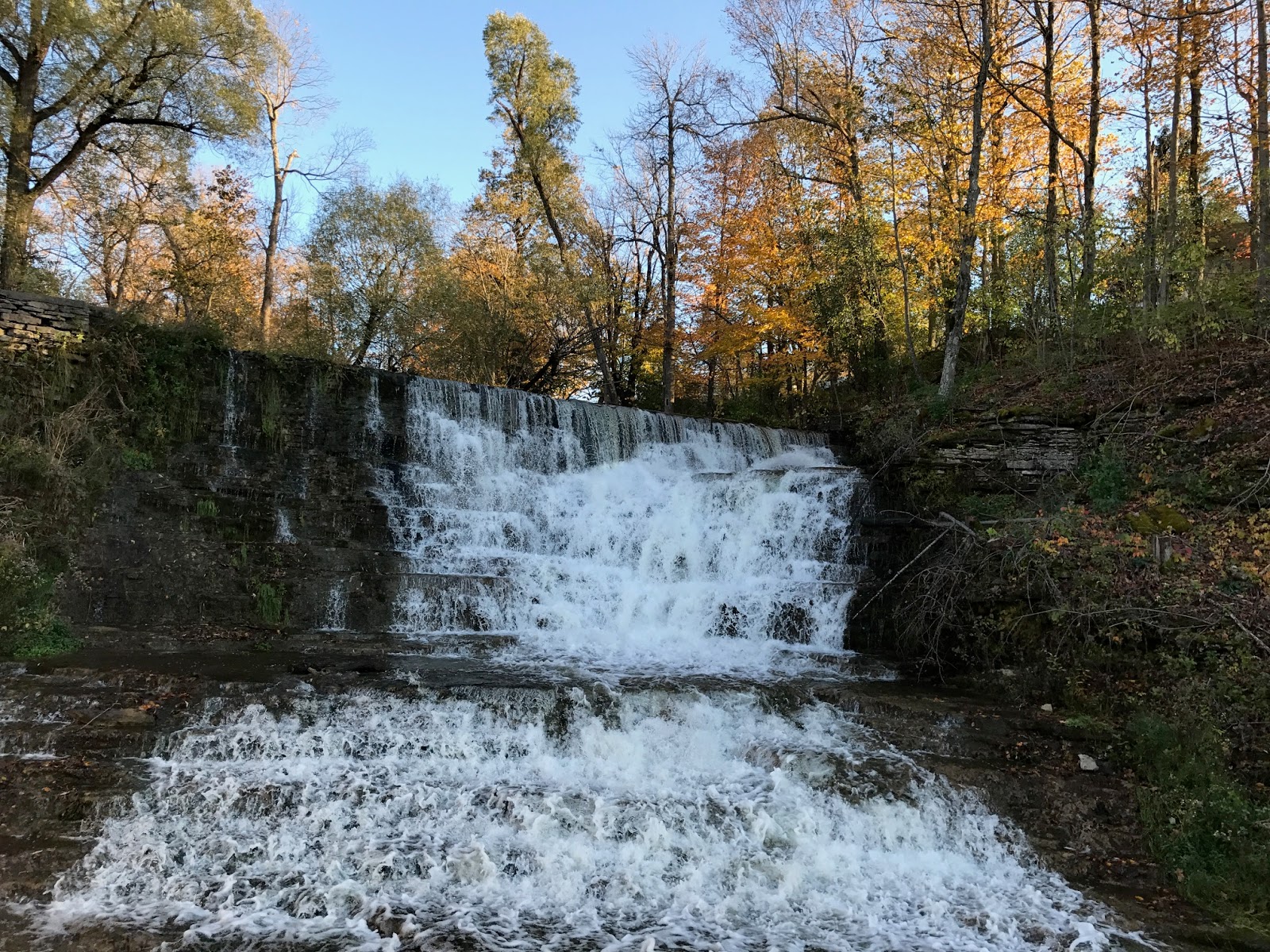 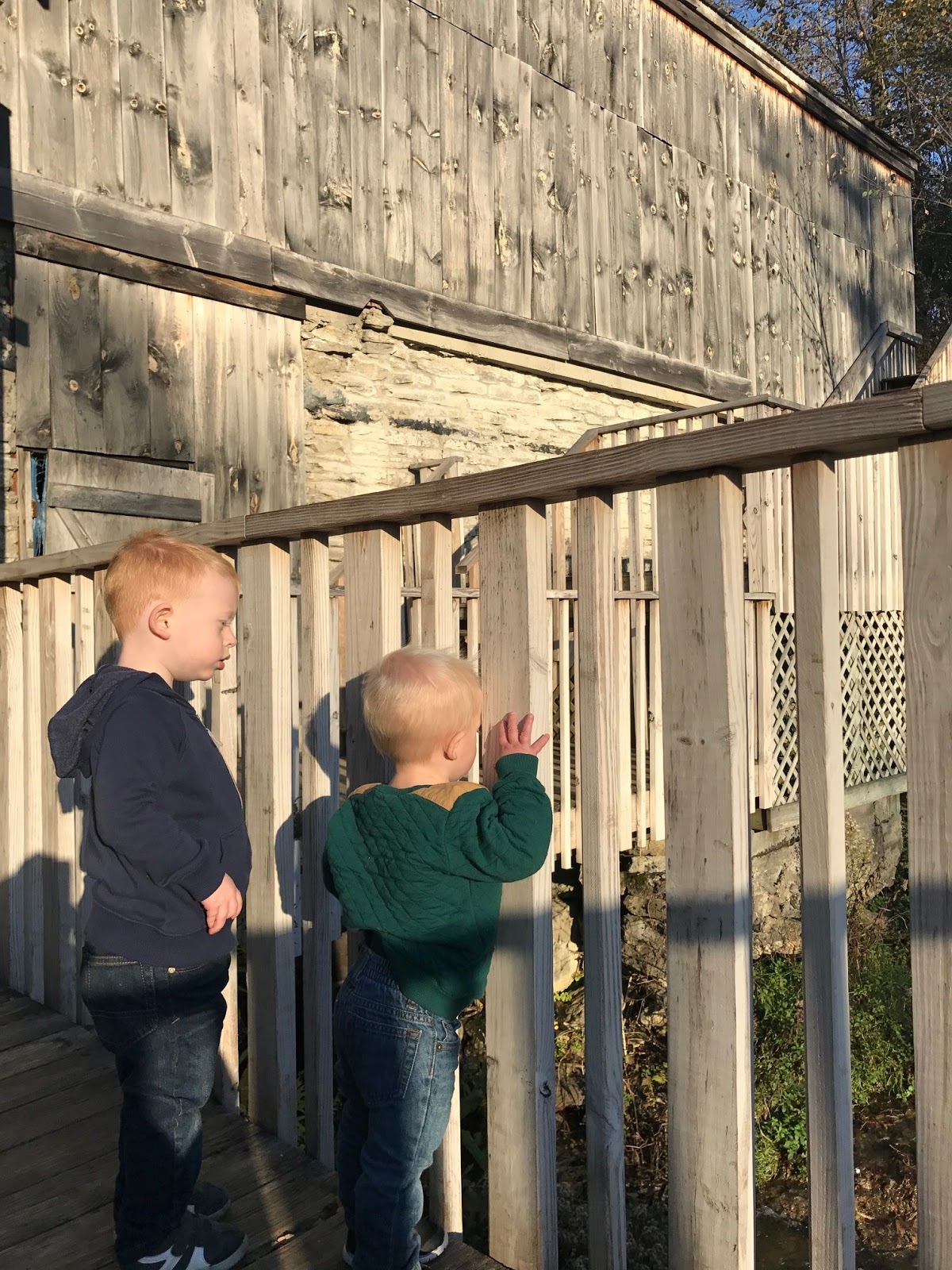 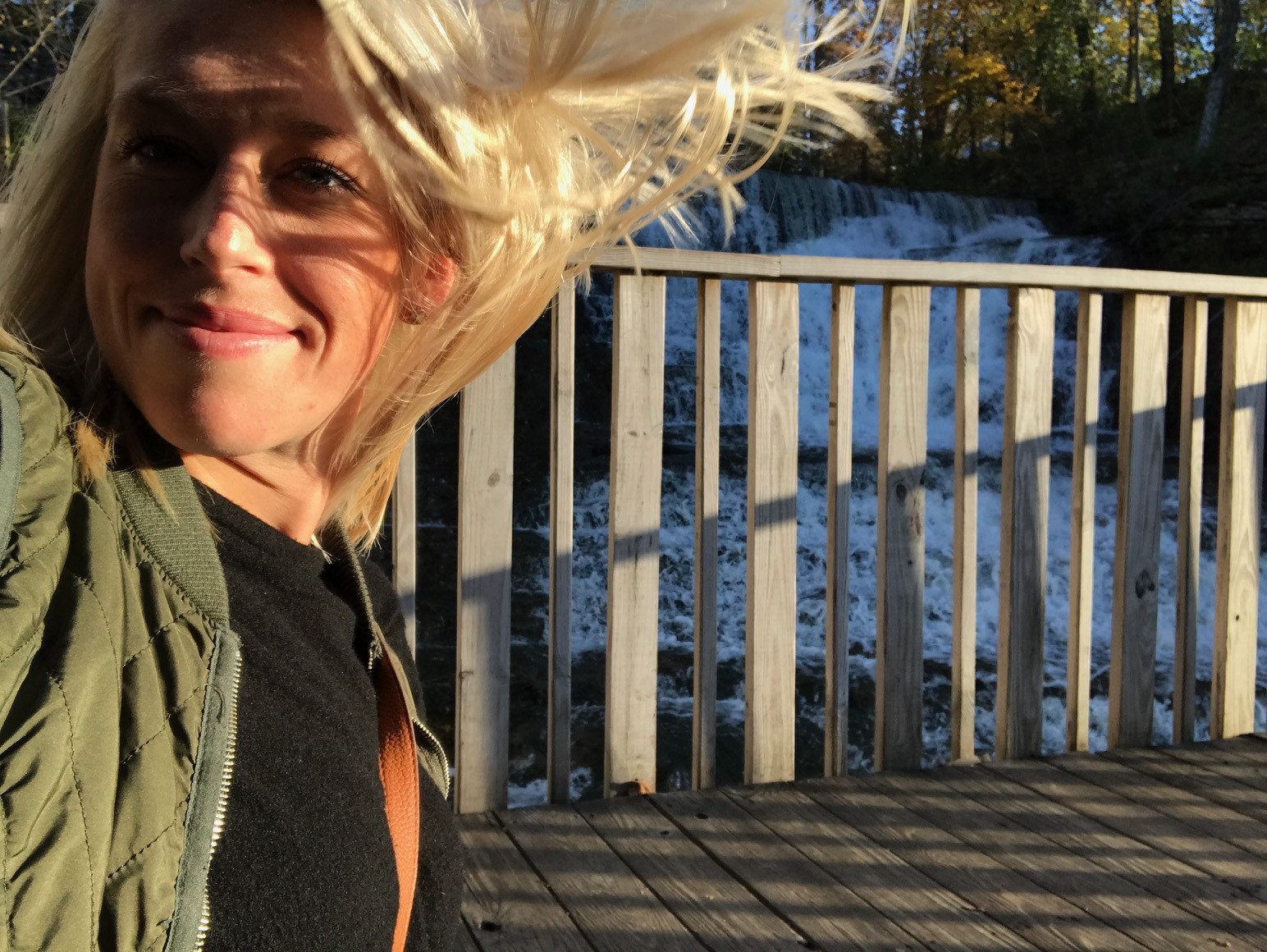 Northerners who love cider donuts (because yes, they’re way better than PSL), these can’t be missed. We got ours just fried and positively smothered in cinnamon sugar because, let’s be honest, if you’re not covered in sugar by the time you’re done, the donut wasn’t done right.

It hit me when we got there that this is likely one of our last trips to Burrville, as we will have moved by fall next year. The boys probably won’t remember this place, but we will. We went when Spencer was less than a year old the first time, and we went again last year with Porter when he was just a baby. This time was even better than both times before.

You never fail to impress me, Burrville! I sure will miss you!