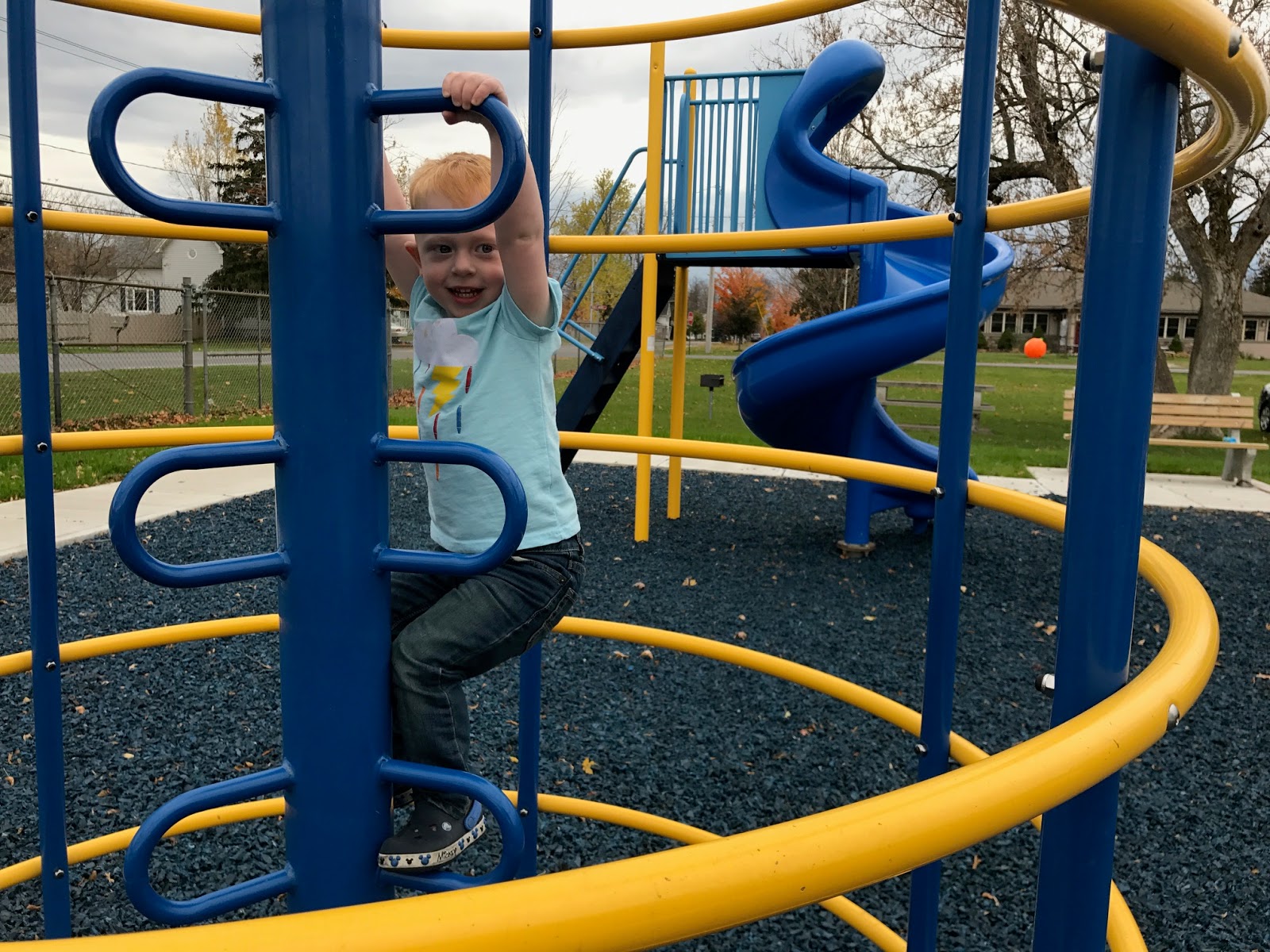 I know I’ve mentioned it quite a few times, but this is our final fall here in Black River (assuming the Army doesn’t throw us any curveballs), and what a fall it has been! This fall hasn’t been a real fall by any stretch of the imagination. The weather has felt more like summer than summer did. Missing my husband has kept me super busy, and the fact that we have to start house-hunting soon has dominated my thoughts pretty much nonstop lately – along with the fact that we have a lot of semi-little things that need to be done around the house here before we rent it when we move.

But, I put those things aside this past weekend, and the boys and I decided to take advantage of the last two warm days of the season. I don’t know how it is where you all live, but since Saturday night, it’s been raining cats and dogs nonstop. The leaves are gone, and frankly, it feels like the end of days with these torrential downpours! However, we had a simple weekend with friends, days at the playground and enjoyed our last few days as just the three of us because some exciting things are happening this week, guys! You’ll see 😉 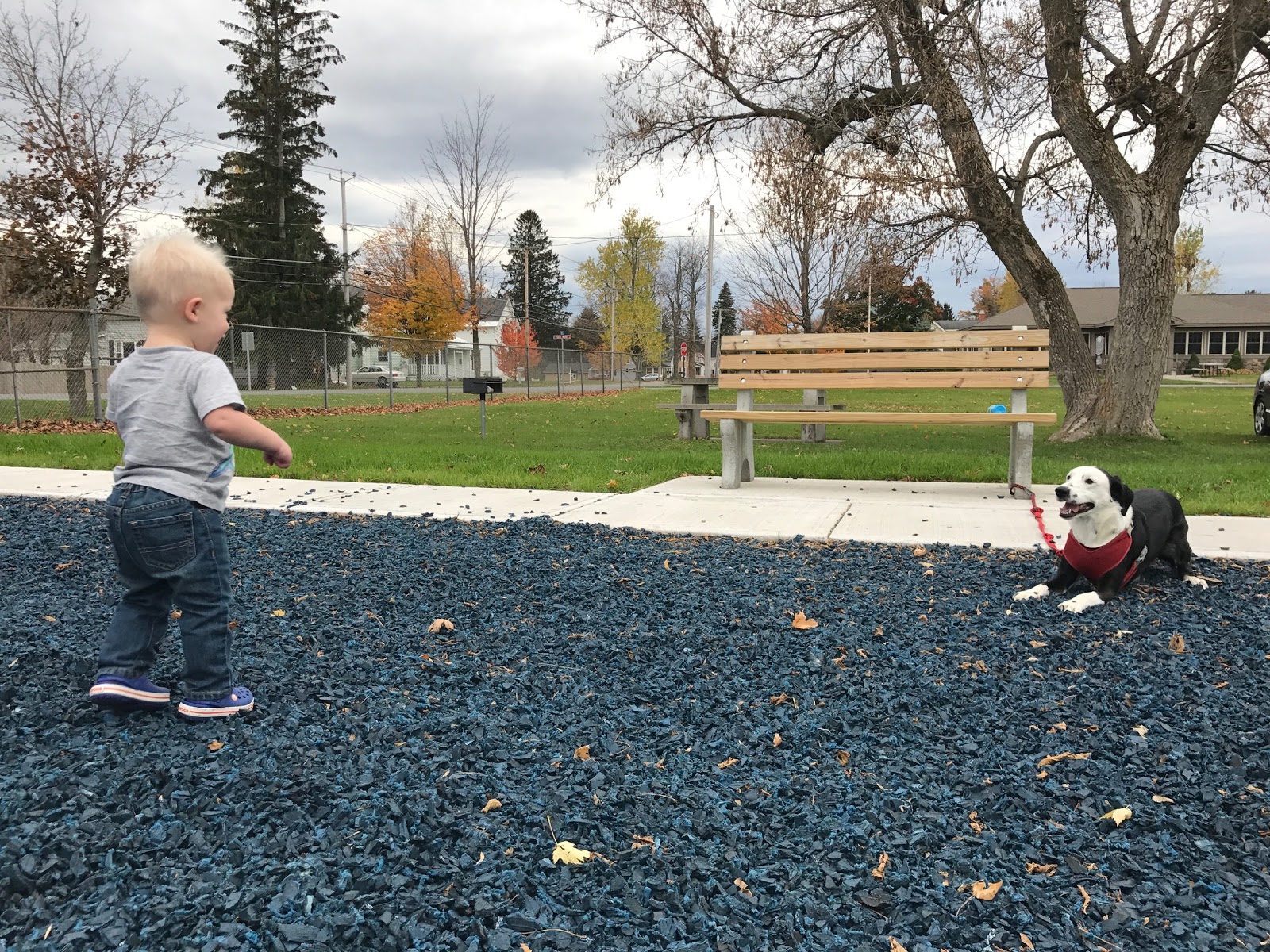 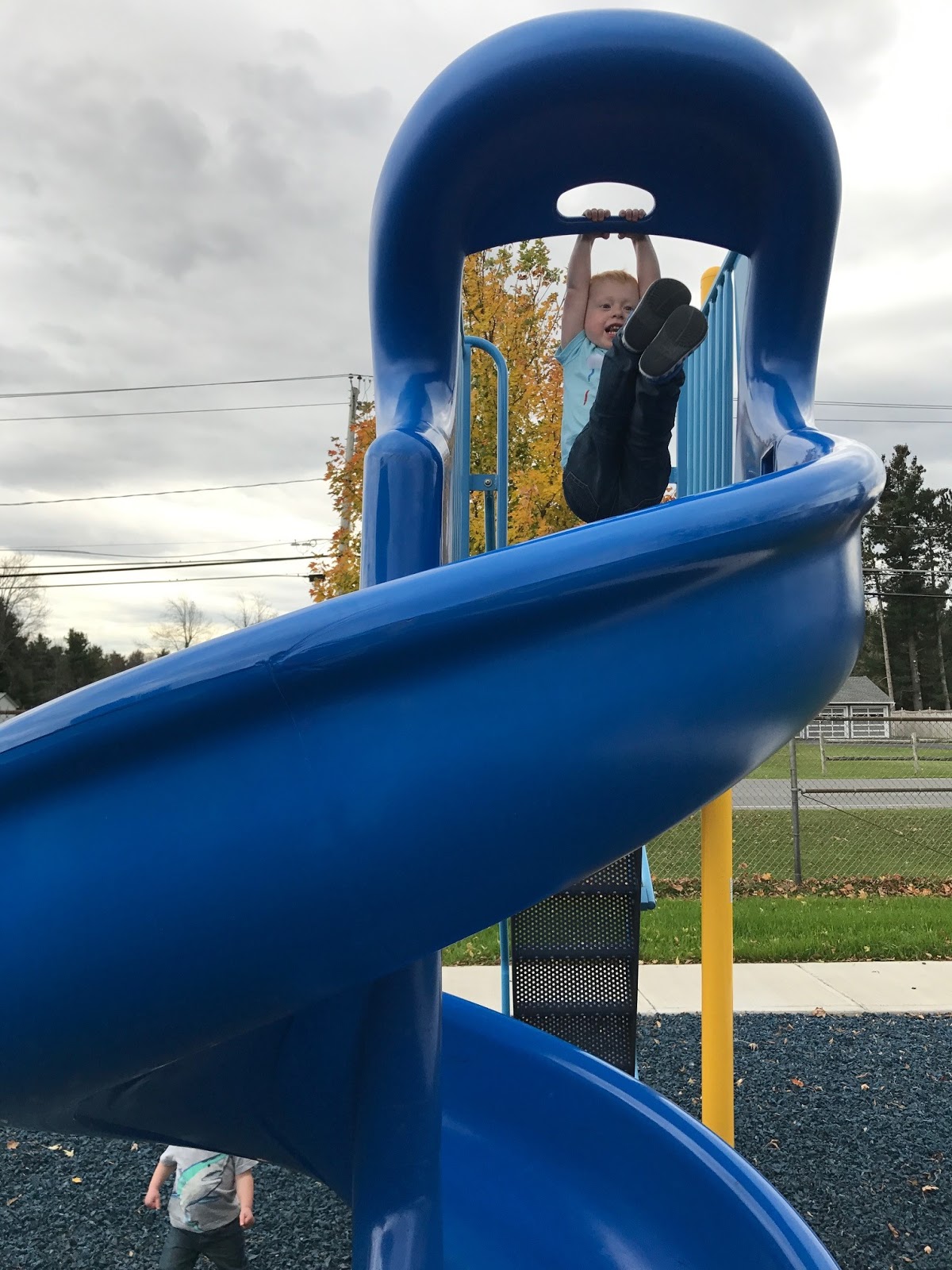 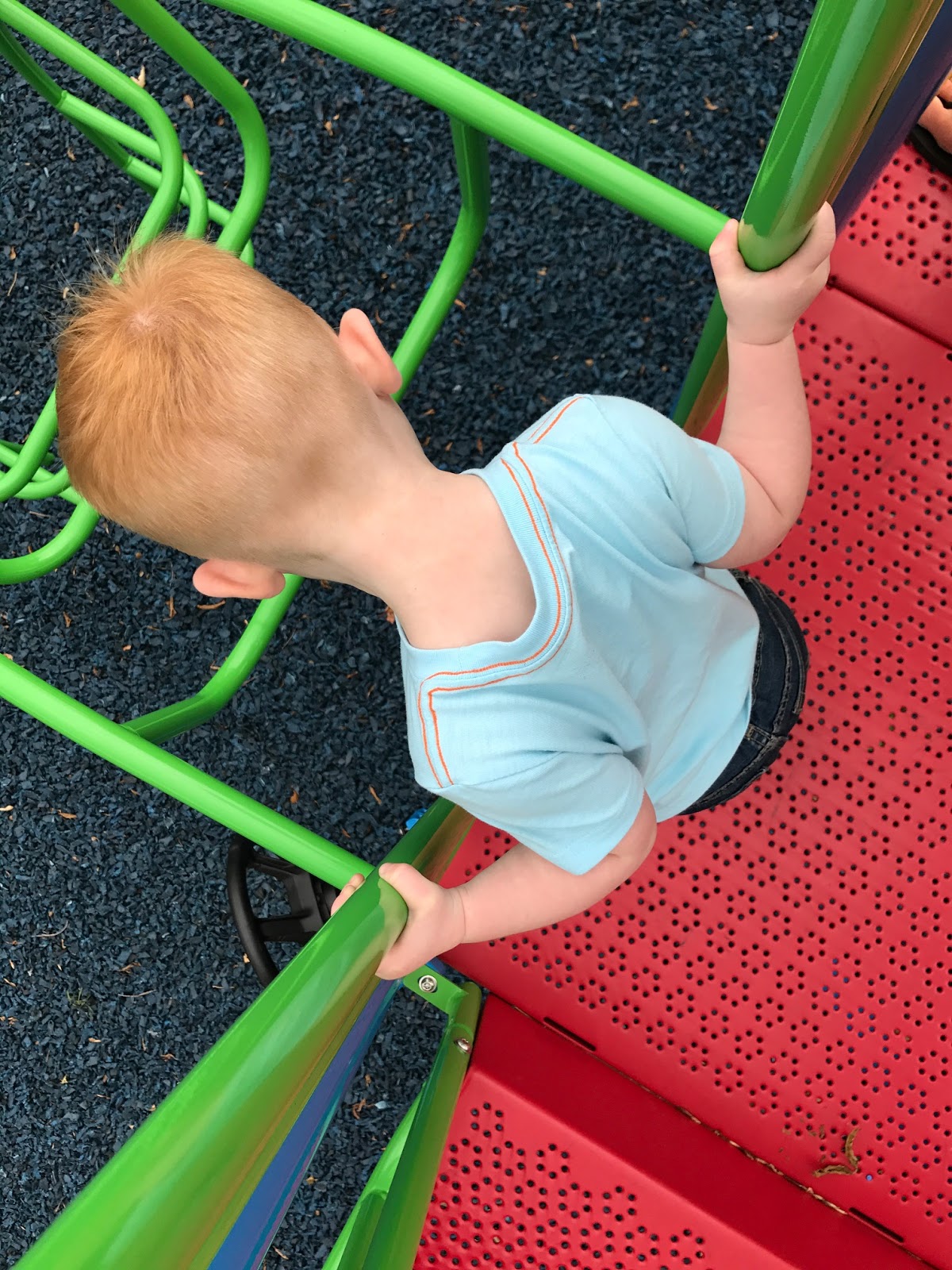 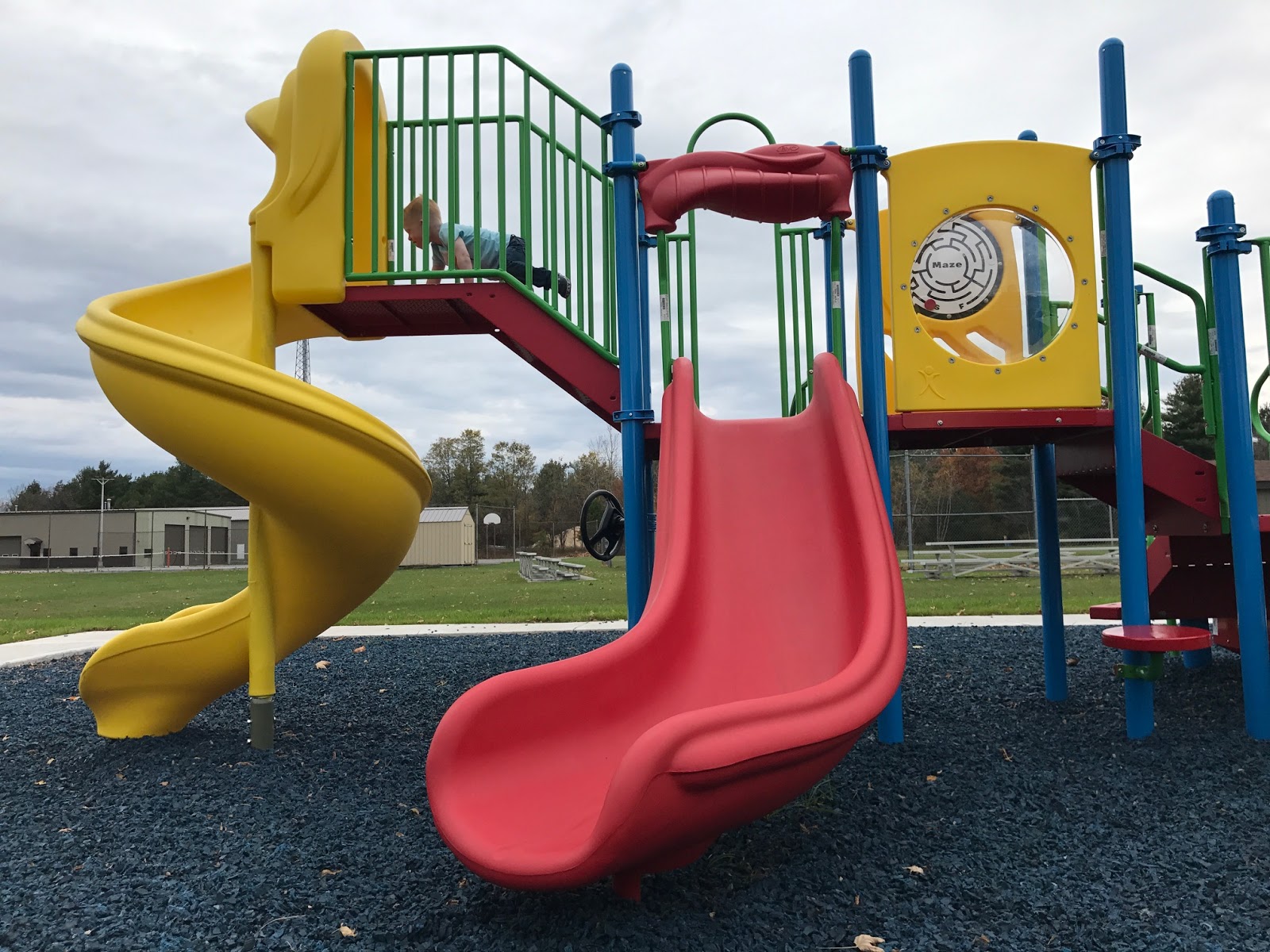 On Saturday, we spent our morning visiting Loralee on post, getting lunch at the PX (something we never do, seriously), and just having fun outside. We visited the playground in Black River after naptime, then we decided to hit up Primos de Ticos in Great Bend for dinner. Funny story about that restaurant – it used to be two separate places. There was a place called Primos, which was a locally-owned Italian joint, and there was a place called Ticos, a locally-owned Mexican restaurant. Both are by Wheeler Sack Army Airfield. Both were struggling. And so, the two combined forces, moved into Primos location and became a Mexitalian joint. Loralee and I had queso and margaritas for appetizers, and then chicken parm for dinner. Best of both worlds? I think so! (The boys loved it, too!)

On Sunday, the rain had been going for about 10 hours already, and though we’d wanted to do the playground, we decided to let the kiddos roam the mall instead. We met up with Mareike, Marie and Ava, and the littles ran around like little mad people, and then we had lunch at the food court before nap time. It wasn’t the most exciting weekend, but I’m honestly just passing the days right now, waiting for Ryan to get home. I can’t wait to start doing all the fun things with my entire family back together again! SOON.