I don’t know about you guys, but I’m usually a fan of little diners. They don’t always have the world’s best food but, occasionally, you can find those little local hole-in-the-wall joints that have some of the tastiest food – and not break the bank to do so. Ryan has off for Veterans Day, so we decided to do breakfast together because I still have to work. The boys were in daycare, so we decided to hit up Bombay Duck Pickle Cafe again – but they don’t actually serve breakfast (sigh).

We briefly considered waiting to go back for lunch, but we were both hungry, so we decided to try a popular local joint, The Church Street Diner in Carthage, NY. It’s literally just around the corner from where we were, so we popped in out of the cold. 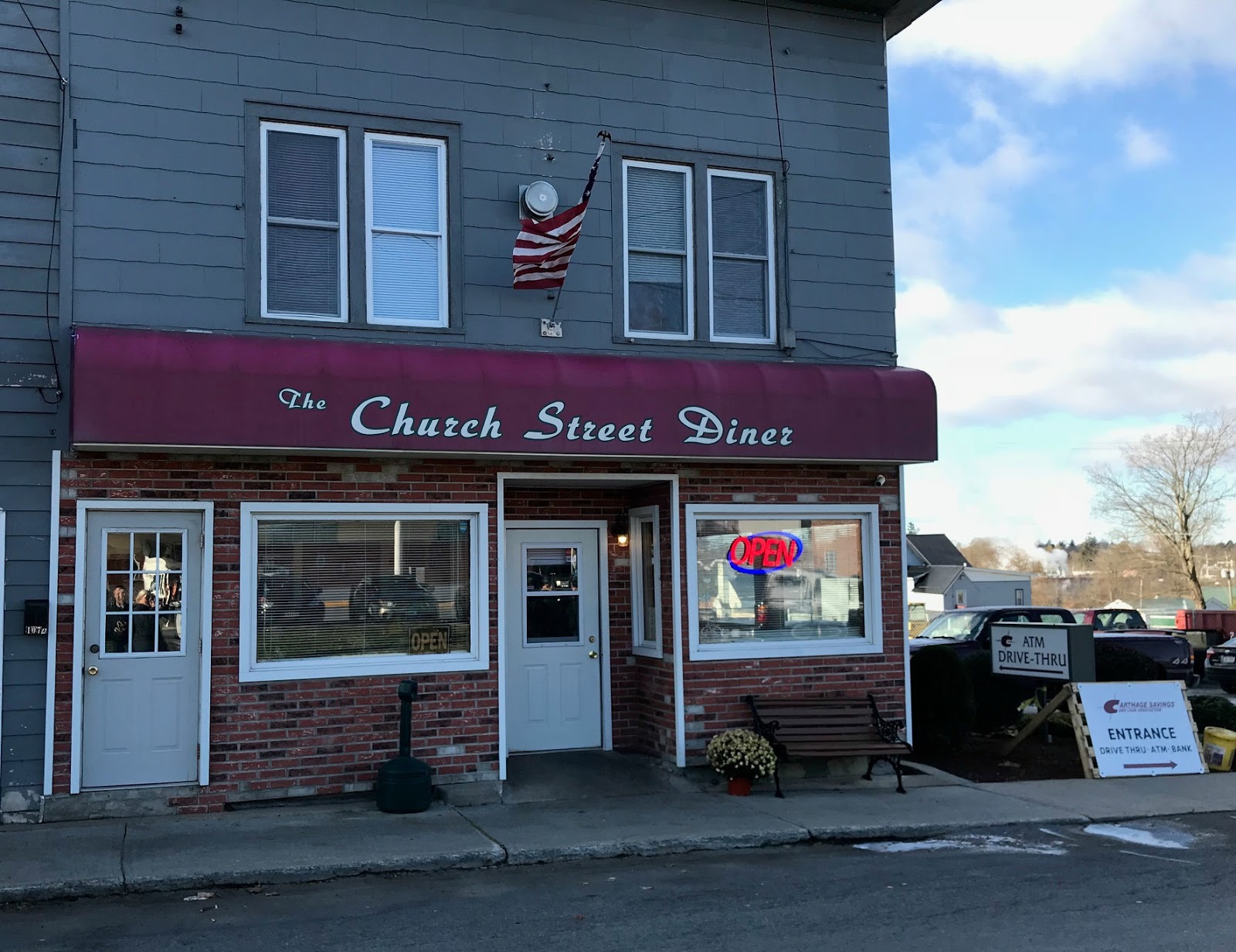 It’s a pretty nondescript building when you drive past, but it’s always busy, so we decided to give it a go. The place offers somewhat family-style seating, but we managed to snag a two-top table right by the kitchen, and our cups were quickly filled with hot coffee, which was much appreciated. It’s dang cold up here today, so we each had a few cups. The coffee wasn’t really anything to write home about, but our waitress was attentive, and we never had to ask for refills.

We both decided to order the special – the Philly Cheesesteak Omelette with toast. I got rye, and Ryan chose wheat. The kitchen is open, so the smells in the entire place were pretty darn heavenly the whole time. Despite being pretty busy, it wasn’t terribly noisy for such a small place, and everyone seemed super friendly. And, better yet, our waitress had our food out within ten minutes. 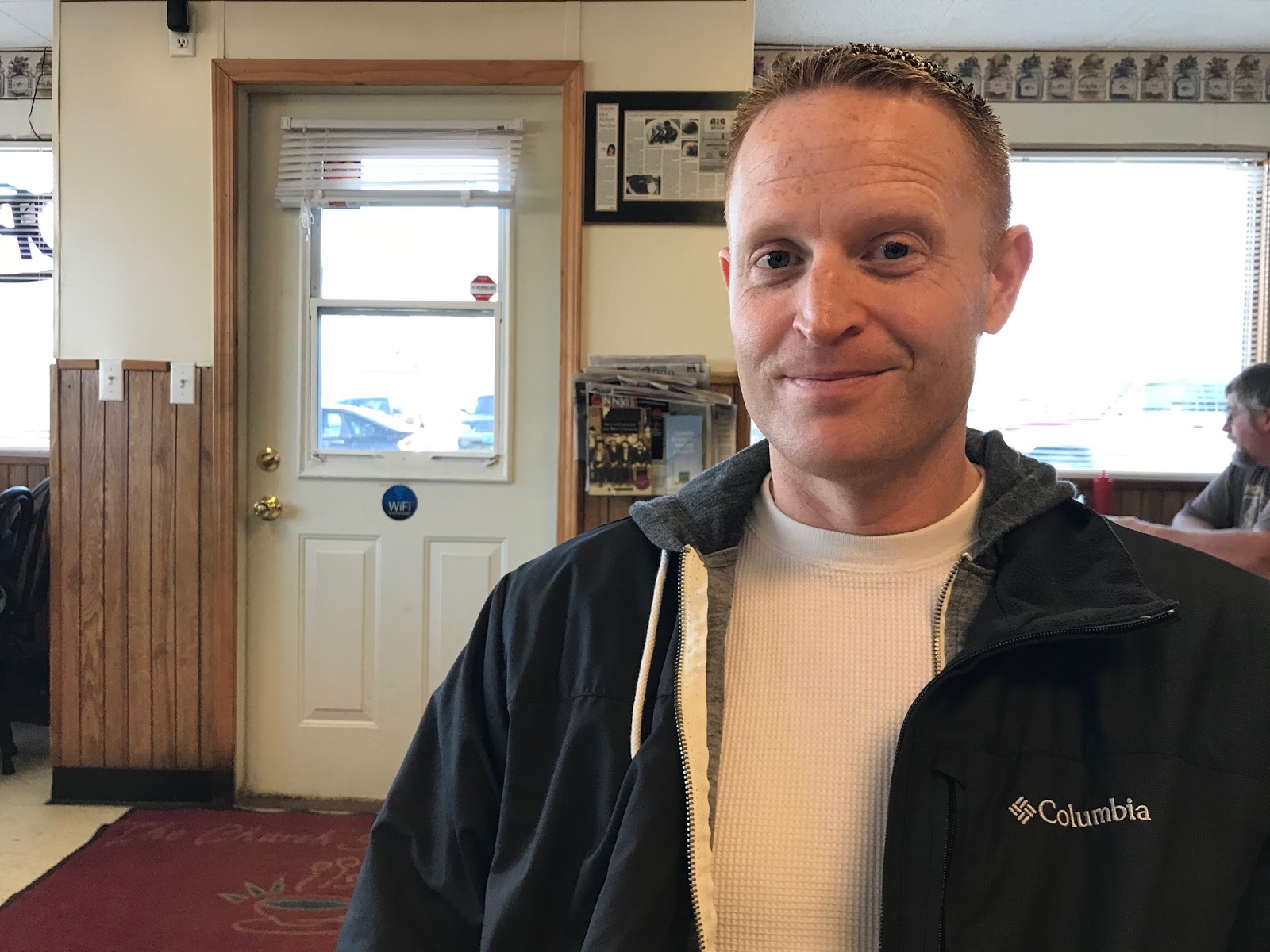 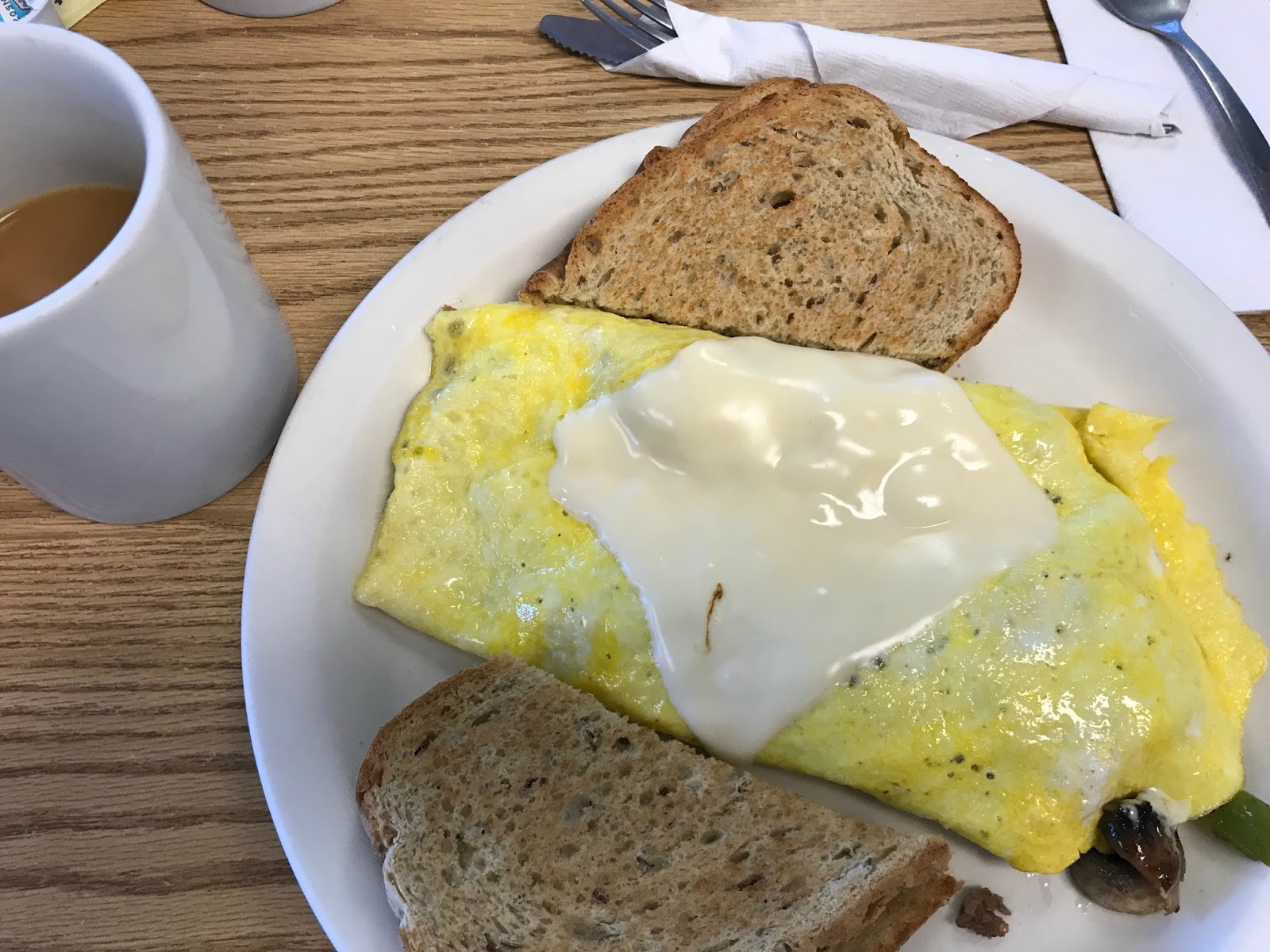 It wasn’t the best omelette I’ve ever had. The steak was a bit dry, and there’s something about a square of cheese on the top that’s a tad bit off-putting, but the toast was good, and the flavors were definitely there. Plus, with fast service, and a grand total of just $19.96, it was a pretty successful diner date.

I’m a nerd, but I told Ryan I want this to be a thing. Some of the hidden gem places you find are the little local hideouts that look like they’d be less than stellar from the outside. This wasn’t the best food I’ve ever had by a long shot, and it’s probably not a place I’d go out of my way to try again, but it was comfort food, had great service, and it was definitely filling for the cost.

So, if you’re in Carthage, NY, or you’re stationed at Fort Drum looking for a local watering hole that won’t break the bank, it’s worth a shot! They serve breakfast and lunch all day every day, and they serve dinner Fridays and Saturdays.

PS – look at my patient blog husband up there. Thanks for putting up with me, honey 😉

PPS – Don’t forget! If you want a Christmas card from the Moores (because we love sending cards), please leave your address here so we can send one your way before we head to Africa!