It was a busy weekend here in northern New York, and I wouldn’t have it any other way! It’s finally cold here in the North Country, and we can feel that winter is nipping at our heels. Actually, as I write this, it’s snowing softly outside – spitting snow, they call it. We managed to get outside and enjoy a great weekend before it got too frosty though, and I’m thankful for that!

Saturday was our quiet(er) day. Ryan had a massage in the morning, so we kicked off our weekend with breakfast at Cracker Barrel with Mareike and the girls, plus her husband, Justin, who returned with Ryan just over a week ago. We had our Christmas photos scheduled for later in the day, so we had an early nap time before we braved the cold and went for our shoot in Carthage, NY. I don’t want to share the pictures too early, so here’s a little behind-the-scenes sneak peek of a chilly ginger toddler instead. 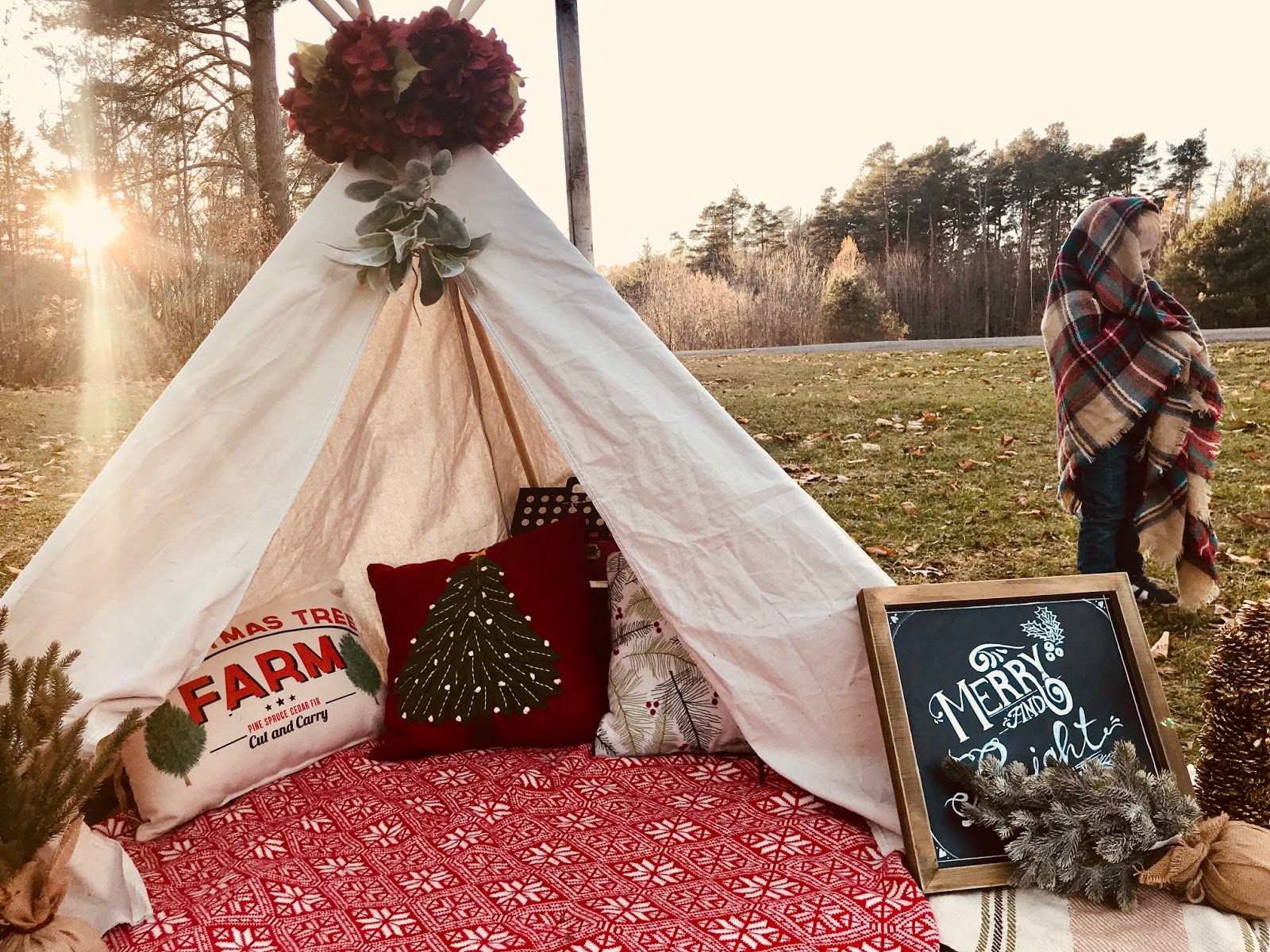 Sunday, we decided to head up to Kingston, Ontario in Canada because we really wanted to get out and explore, but we feel like we’ve really king of maxed out the area here. We’re a mere 30 minutes from the Canadian border, so we want to make sure we’re taking advantage of our proximity here while we can. Plus, we got Porter’s passport on Friday, and we wanted to make sure they’d let us in after the fantastic picture we got from him – they did 😉

We didn’t have big plans while we were up there. Honestly, we wanted to eat some poutine because it’s the best thing in the world, and we wanted to go to Fort Henry because we’ve  heard the views are impressive, and we like to explore a touch of history whenever possible. We accomplished both, but we also realized that Fort Henry actually shuts down for the winter (shocker), so we just walked the long way around, checked out the cannons, and took advantage of the views. It was chilly, but it was so fun to finally do something as a family again! 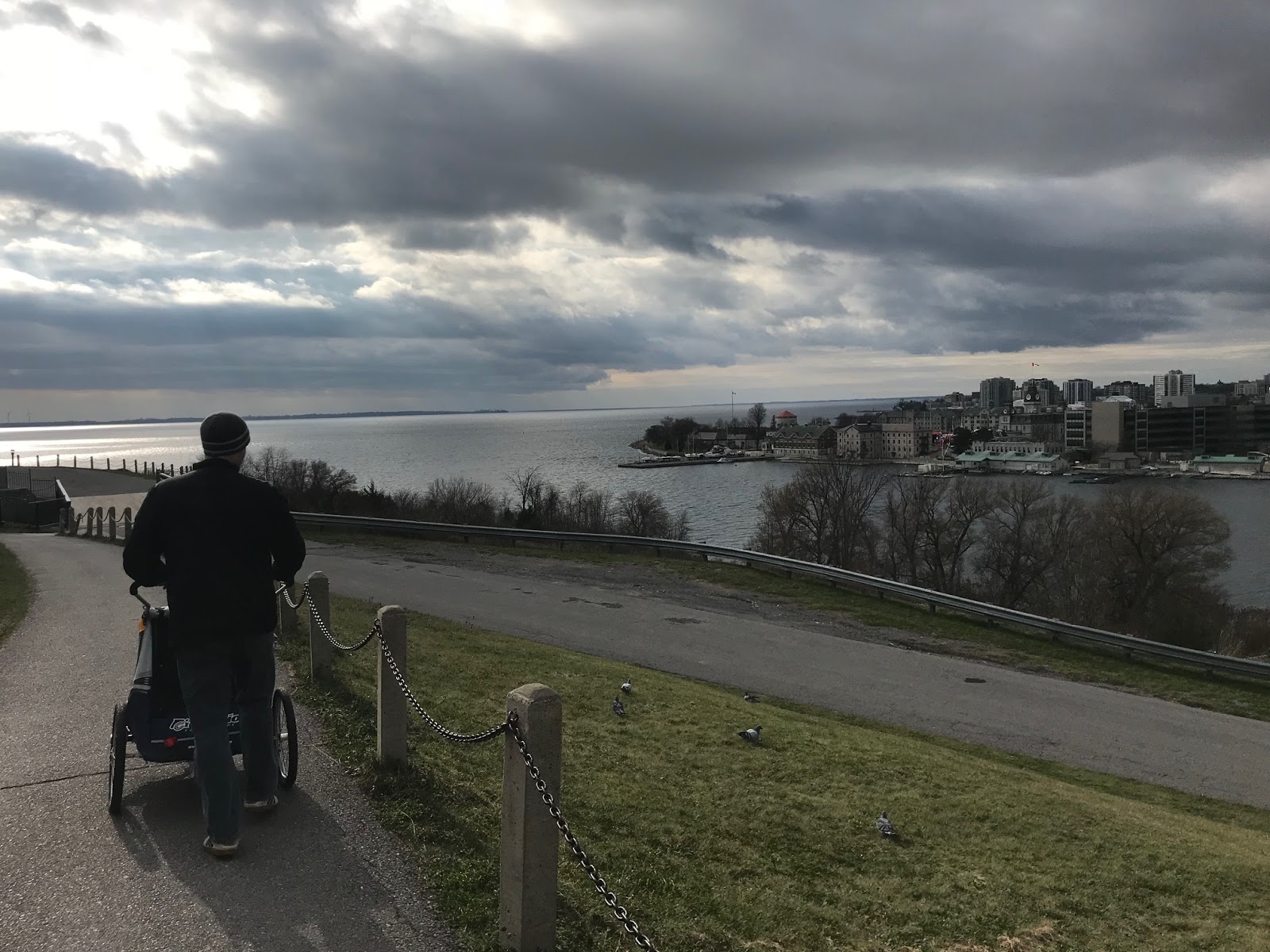 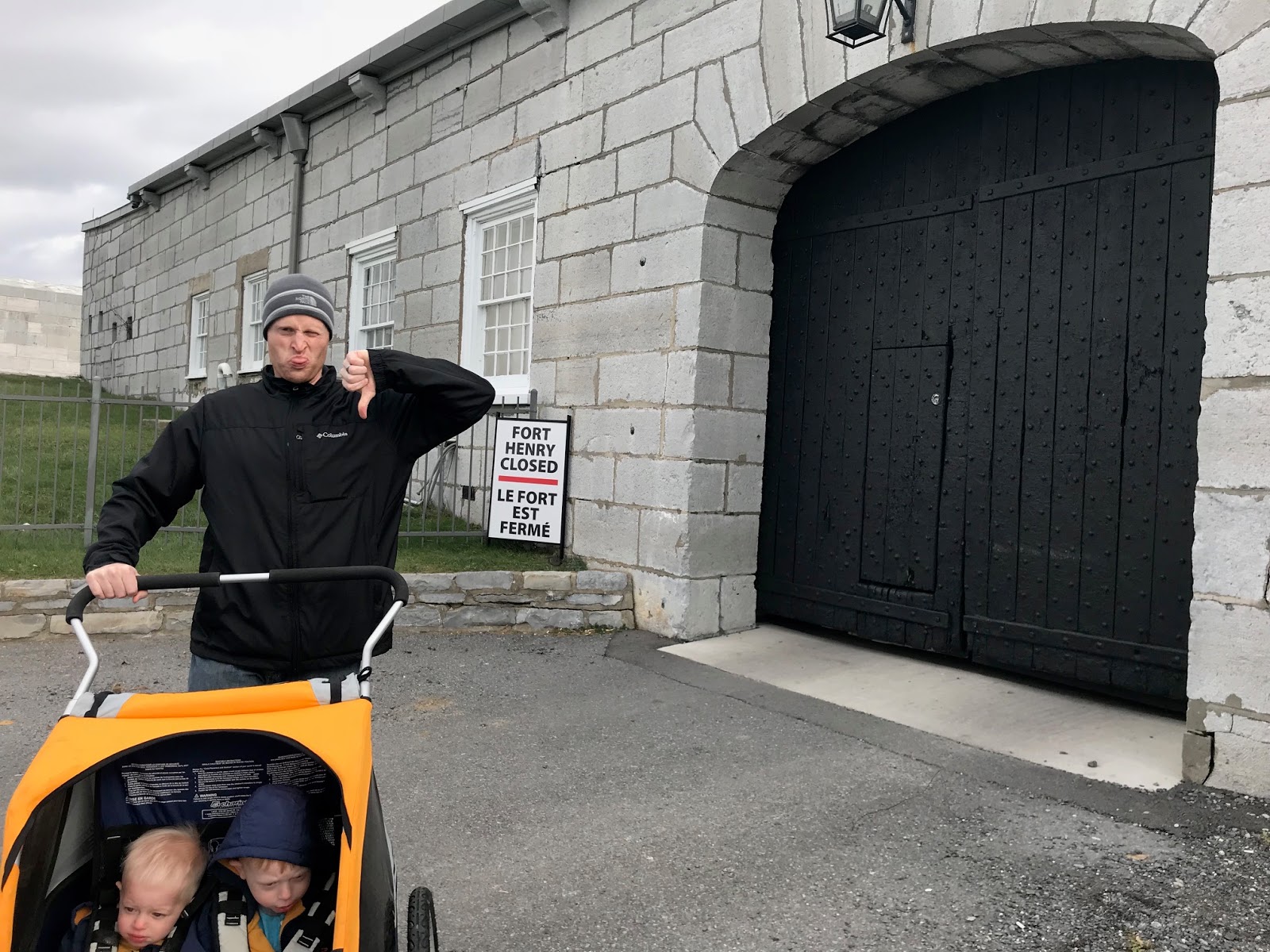 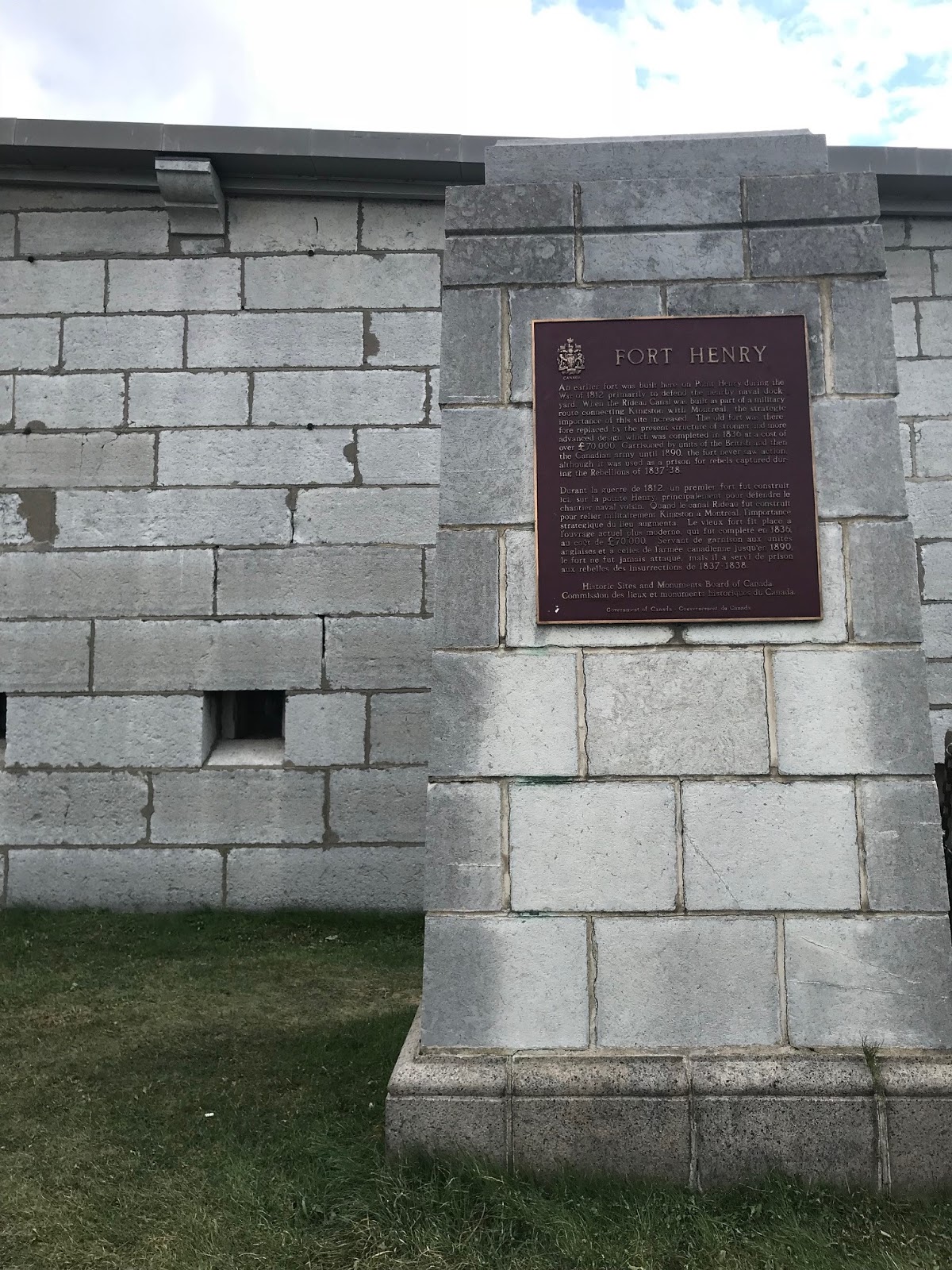 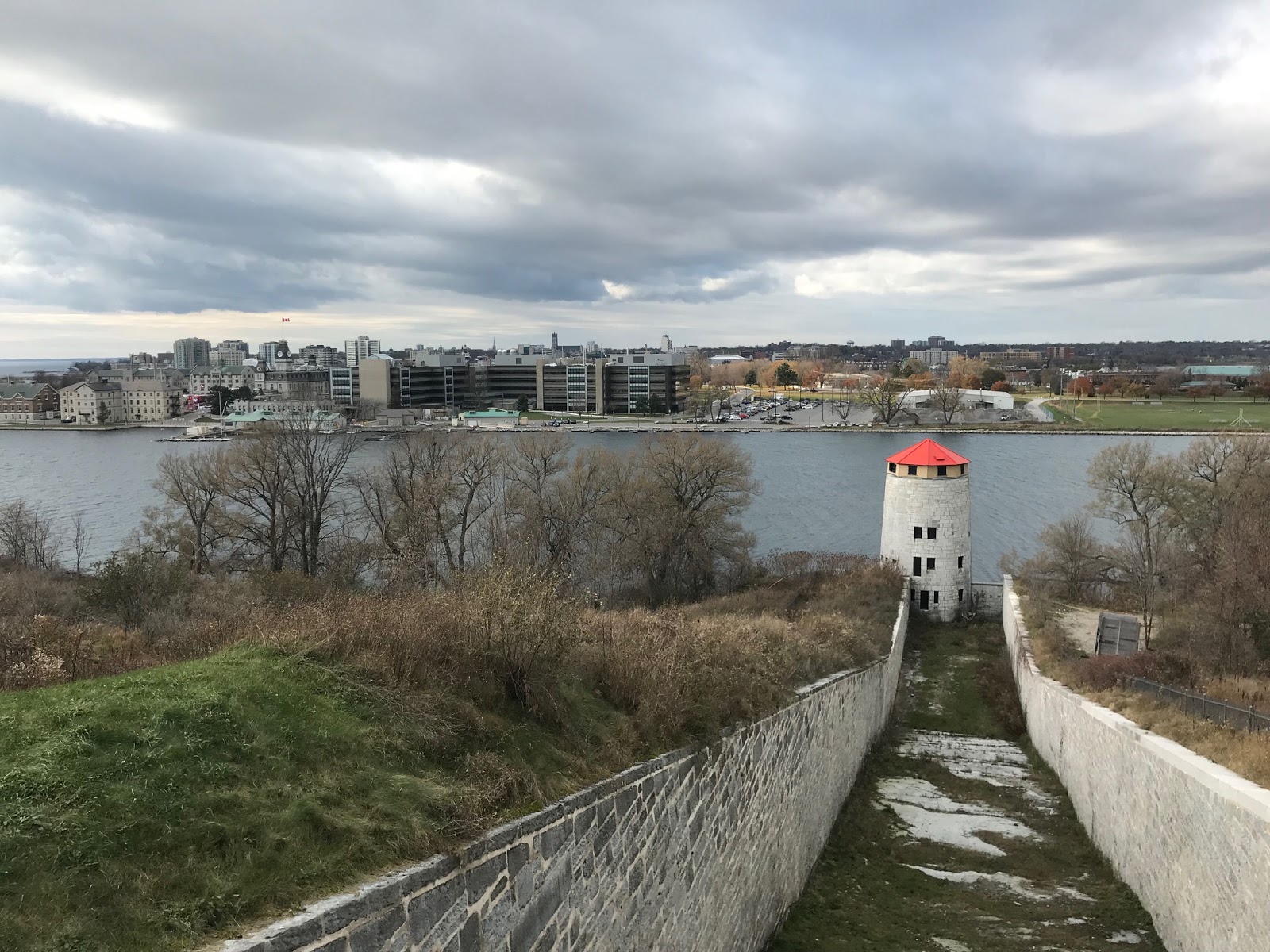 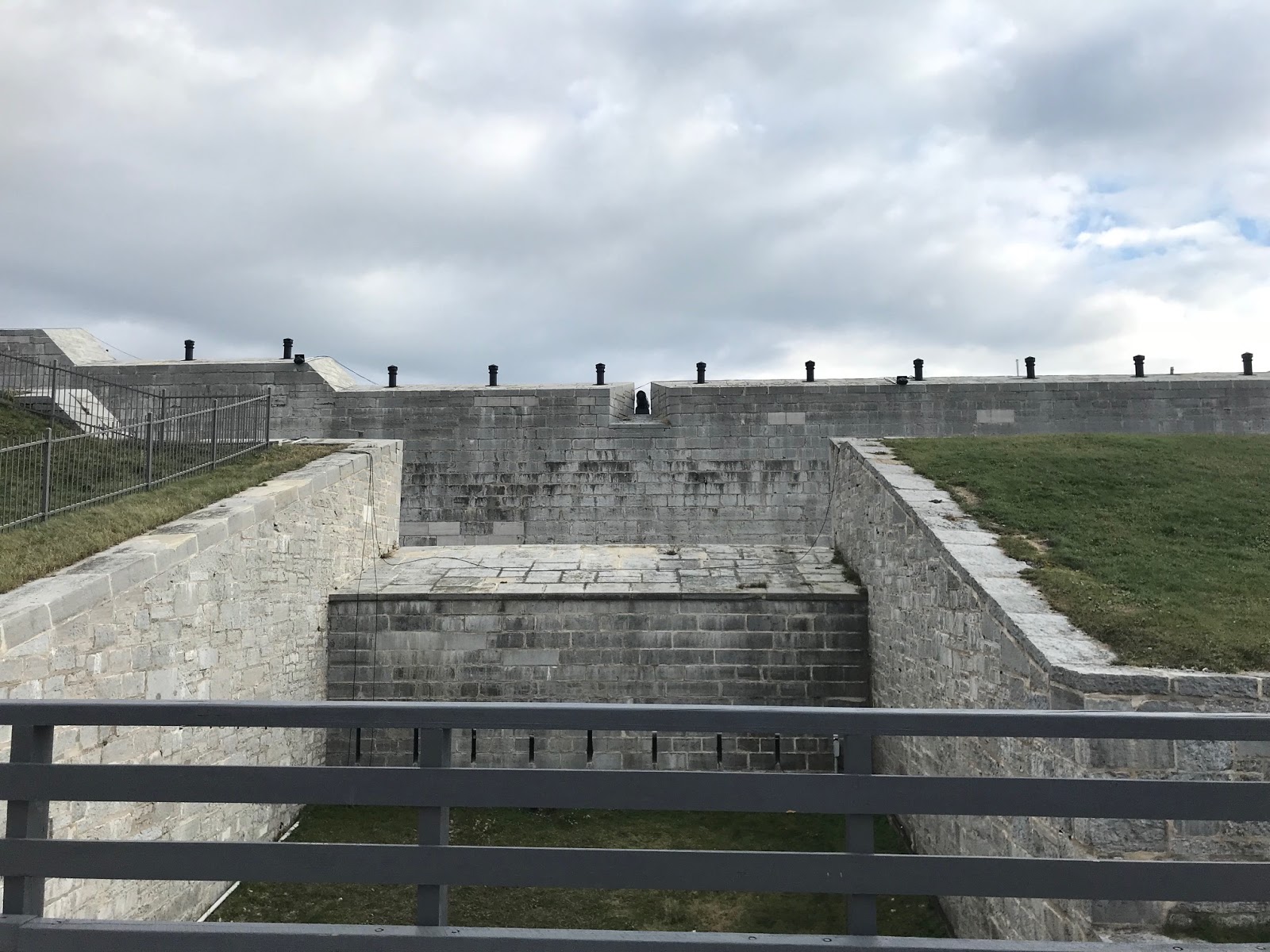 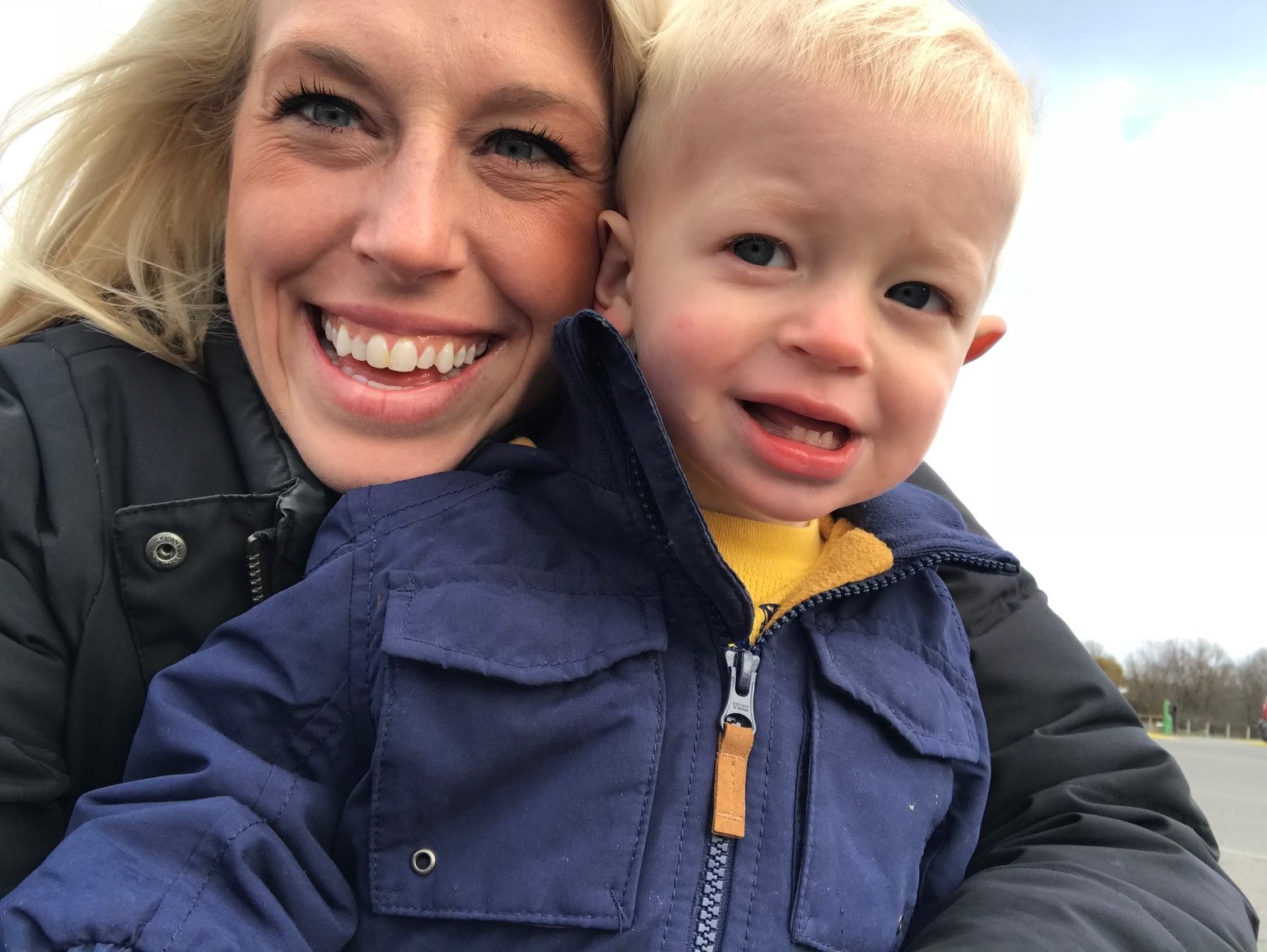 Before we got to Kingston, we took to Yelp to check out recommended poutineries, and the most highly-rated was Smoke’s Poutinerie. It’s a chain, with locations across Canada, as well as a new one in Philadelphia, PA, too (what?!) They boast an impressive menu which, for poutine purists, might seem like blasphemy, but we were pretty excited. We chose to stray from the original, and Ryan got the Pulled Pork Poutine, while I got the Bacon Cheeseburger Poutine. I have to say I think his was better, but they were both delicious. The boys shared the Hogtown Poutine, and Spencer loved it. I mean, is there anything better than fresh fries with cheese curds and gravy? I think not. 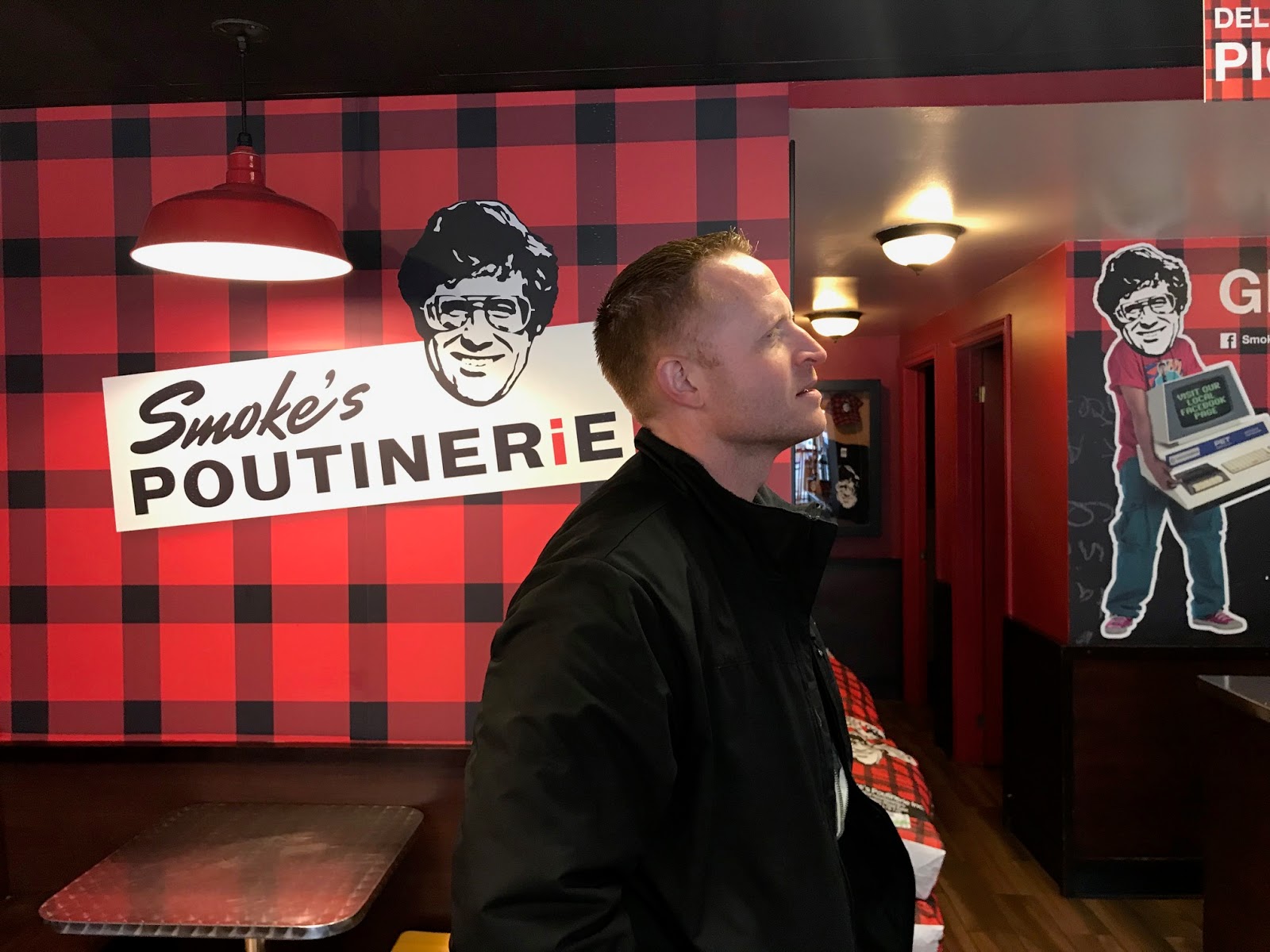 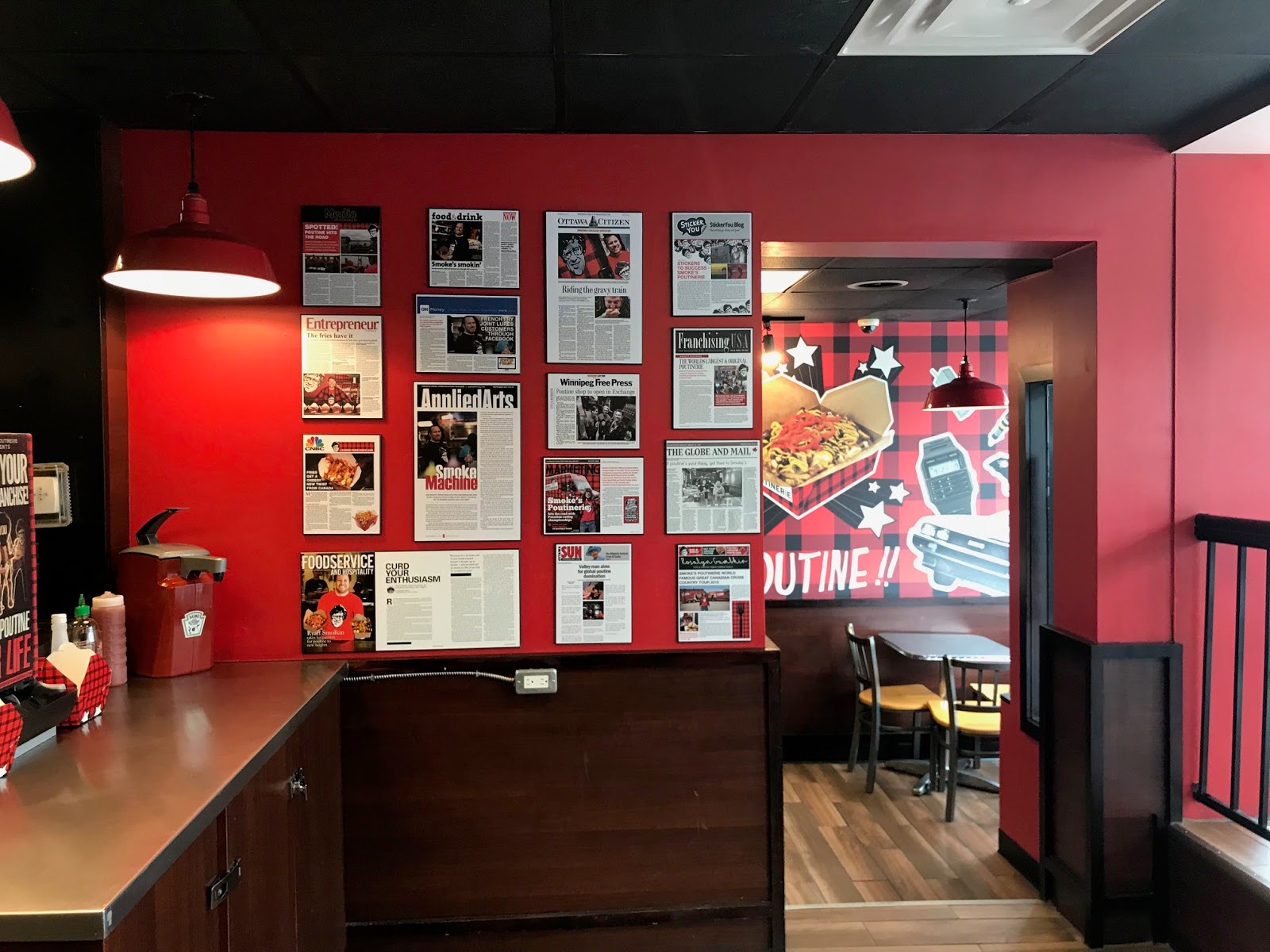 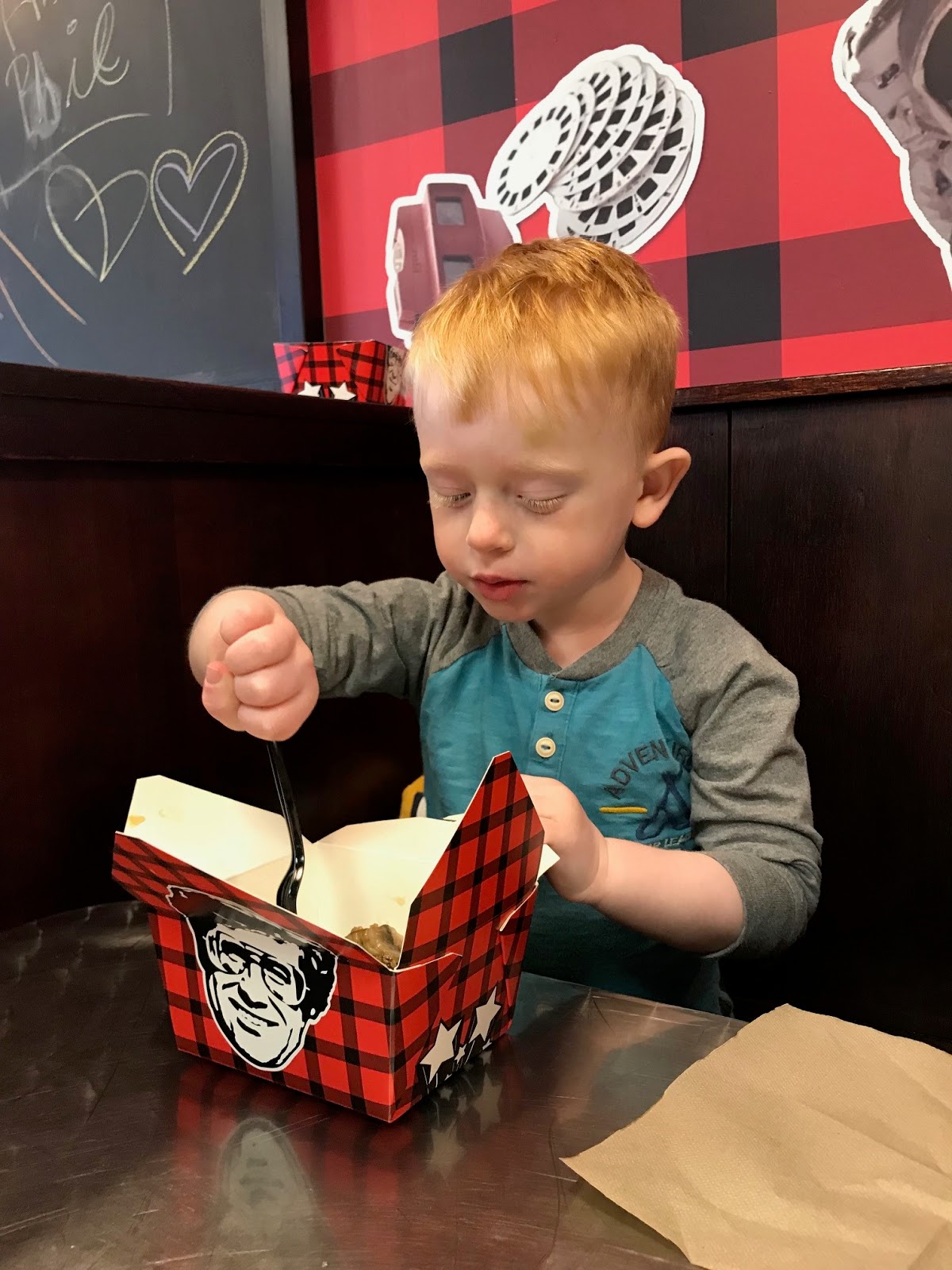 It was a great weekend – the best in a long time. As we drove back and the boys napped in the car, we agreed that we need to go back up again soon. There’s a whole town center with great shopping that we want to try, and it looks like such a vibrant city with a lot more culture than we’ve had around here for a long time. Don’t get me wrong. This really is a great area, but we love to explore, and getting the boys out was just the ticket.

I hope you all had wonderful weekends, too! Here’s to a great week ahead.