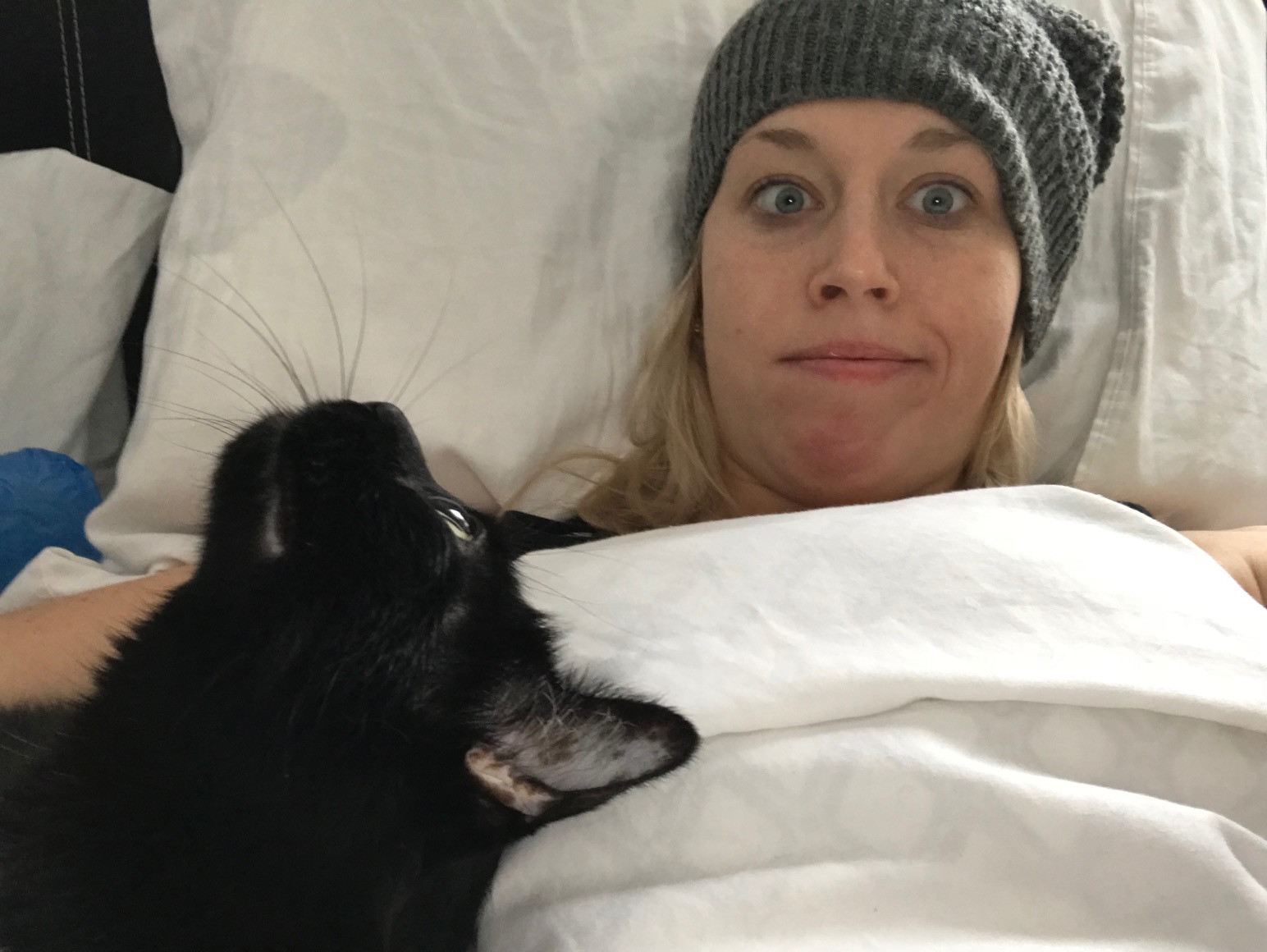 Well, here we are, two days post-op. I’m feeling a little saner today. I was allowed to shower for the first time since Monday, so that was heaven. Obviously, I can’t stand in the shower, but I could sit and let the hot water run over me, wash my hair, and feel a little more refreshed. My surgery was at 7:30 on Monday morning, and while I knew what I was getting myself into, I also didn’t really…if that makes sense. 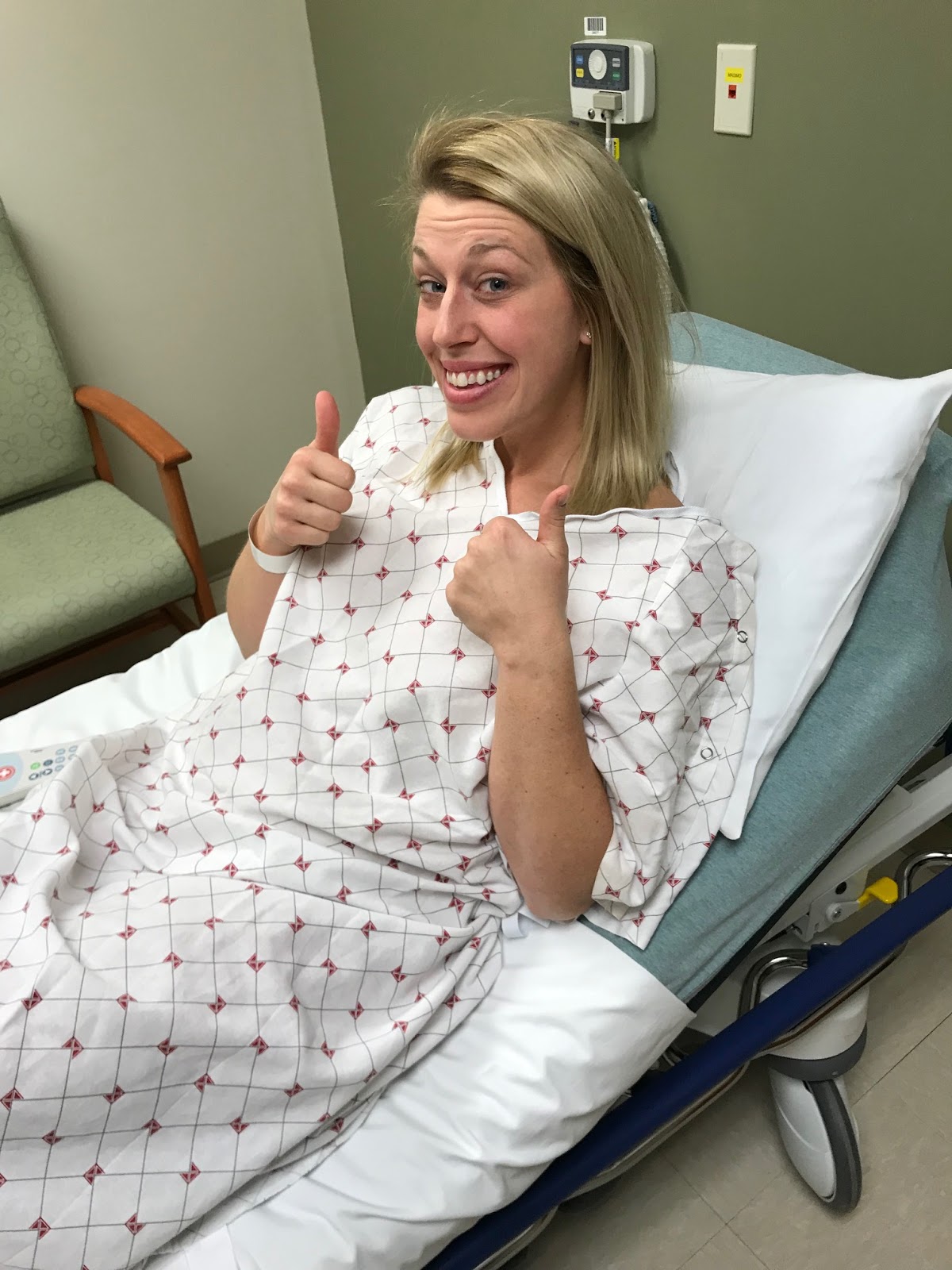 They gave me a nerve block since they’d be playing around with the ligaments, as well as two IV drugs and general anesthesia. The surgery took about two to two and a half hours, but everything went well. I had a little nausea post-anesthesia and ended up throwing up twice, but other than that, I was just glad to be able to go home. My boys thought my barf bags were the best toy in the world. Spencer said, “Thank you, mommy! Thank you for my cat-in-the-hat surprise!” I couldn’t stop laughing. 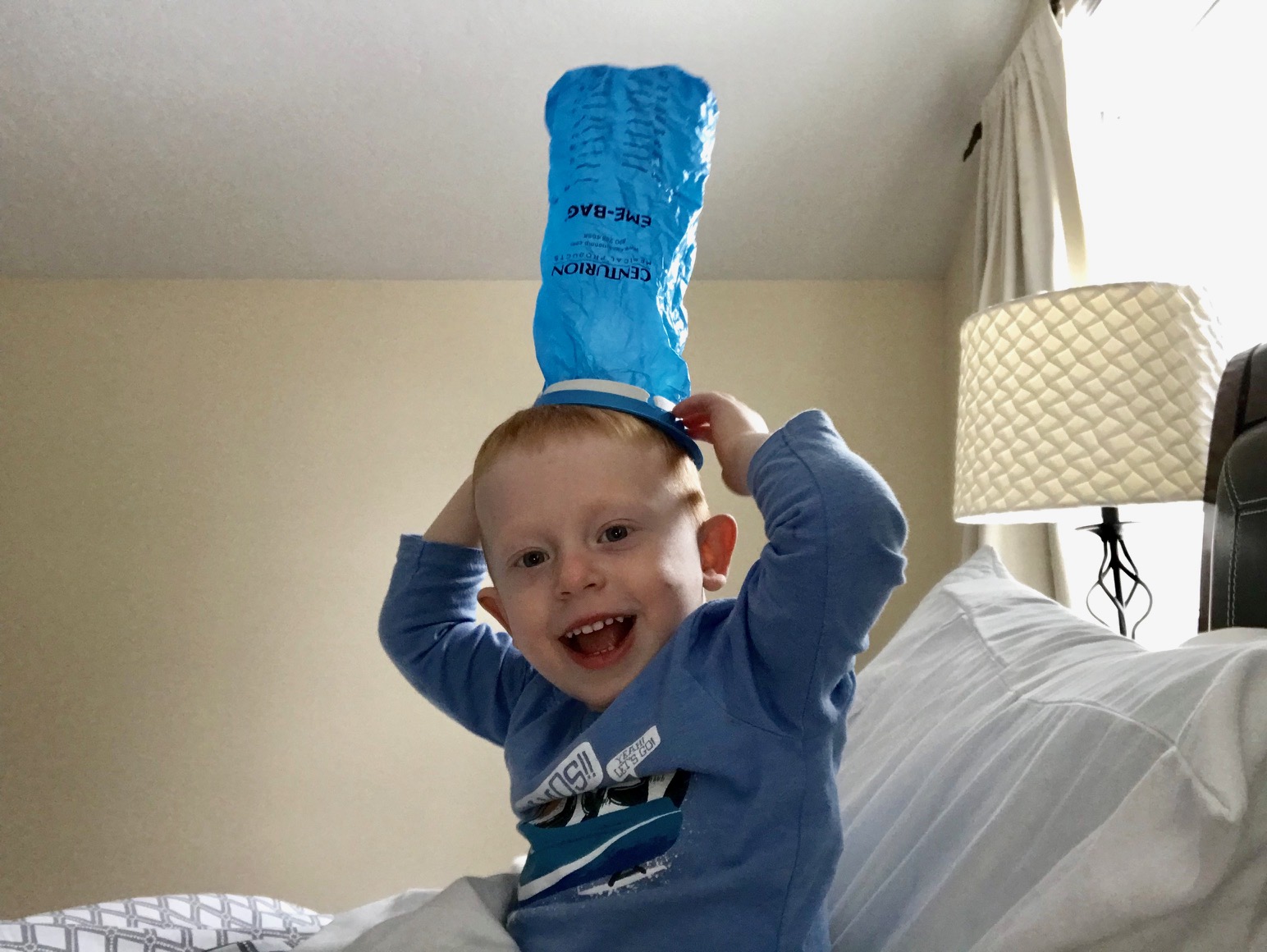 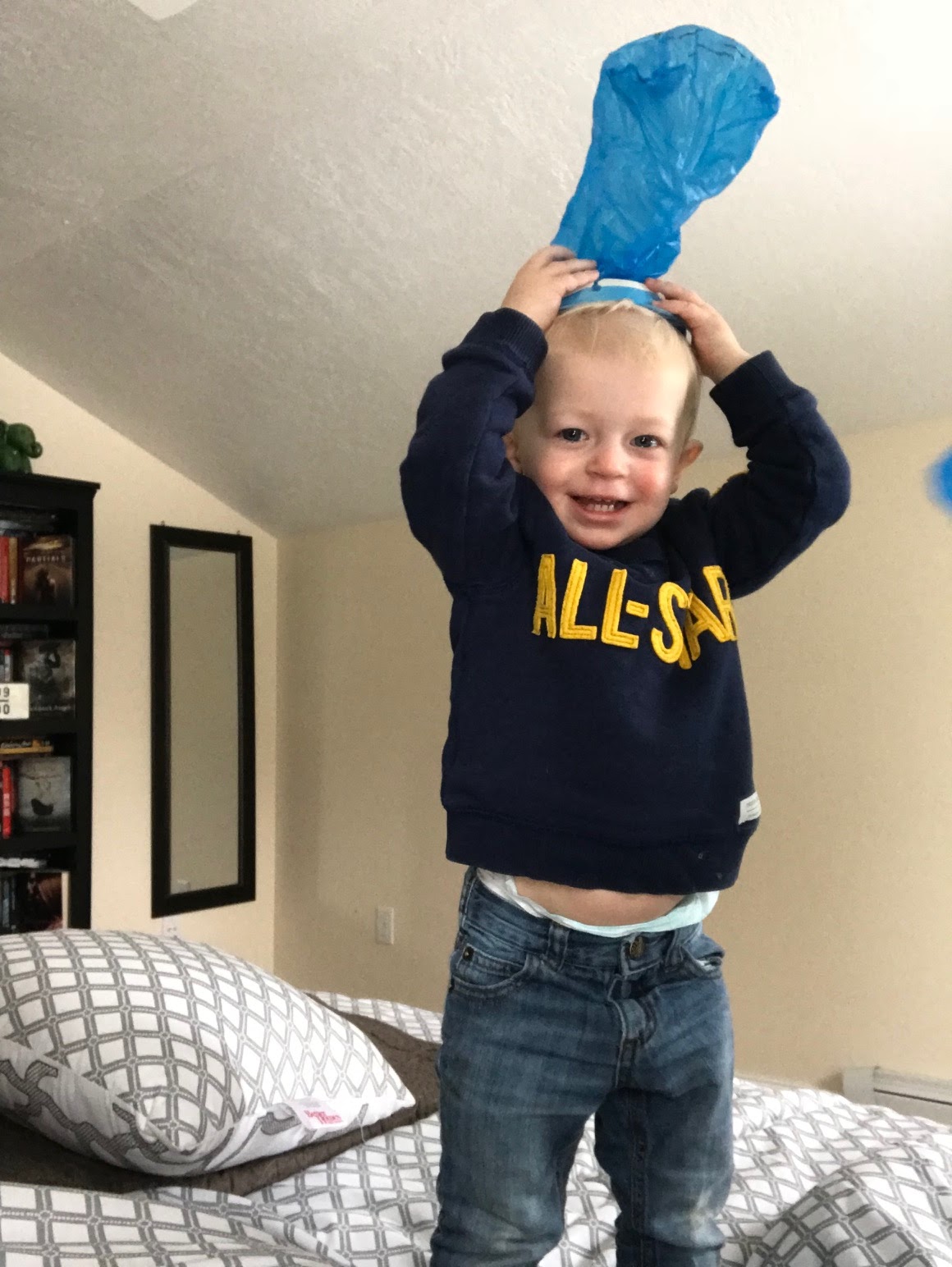 My nerve block wore off around 3 AM that night, and my pain went from about a 3 to a 9 in a matter of a half an hour. It was excruciating. They grafted a piece of my hamstring to reconstruct the MPFL, so that compounded the pain. I’m not a big fan of pain relief drugs, but this is no time to be a hero. I’ve been popping them like pez (okay, in moderation), to moderate the pain.

I took another two pain pills before bed, and I actually slept well last night, which was fantastic. I took another around 3 AM, and I finally got about 9 decent hours of sleep. That, plus my shower, has me feeling like a new woman. 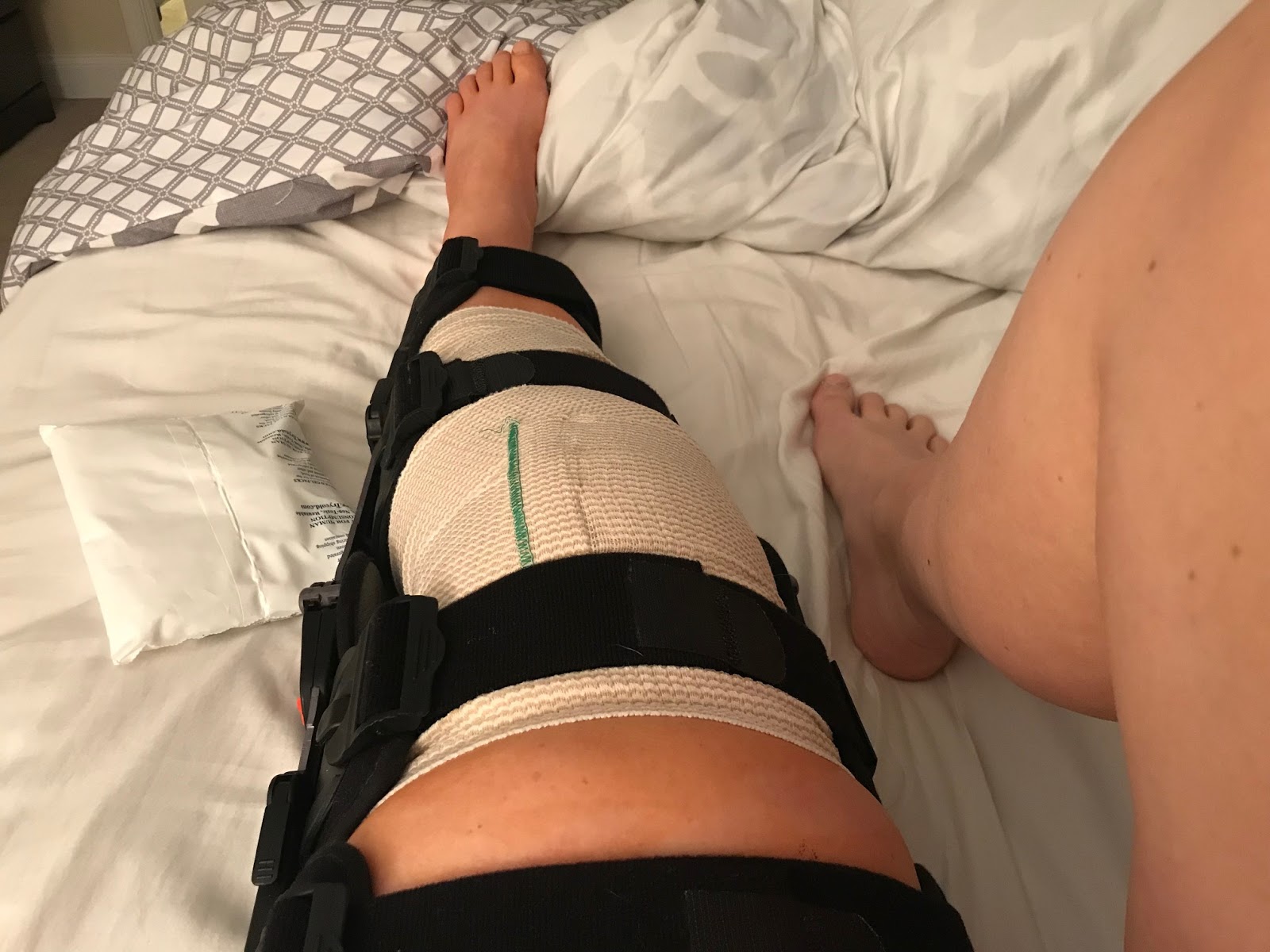 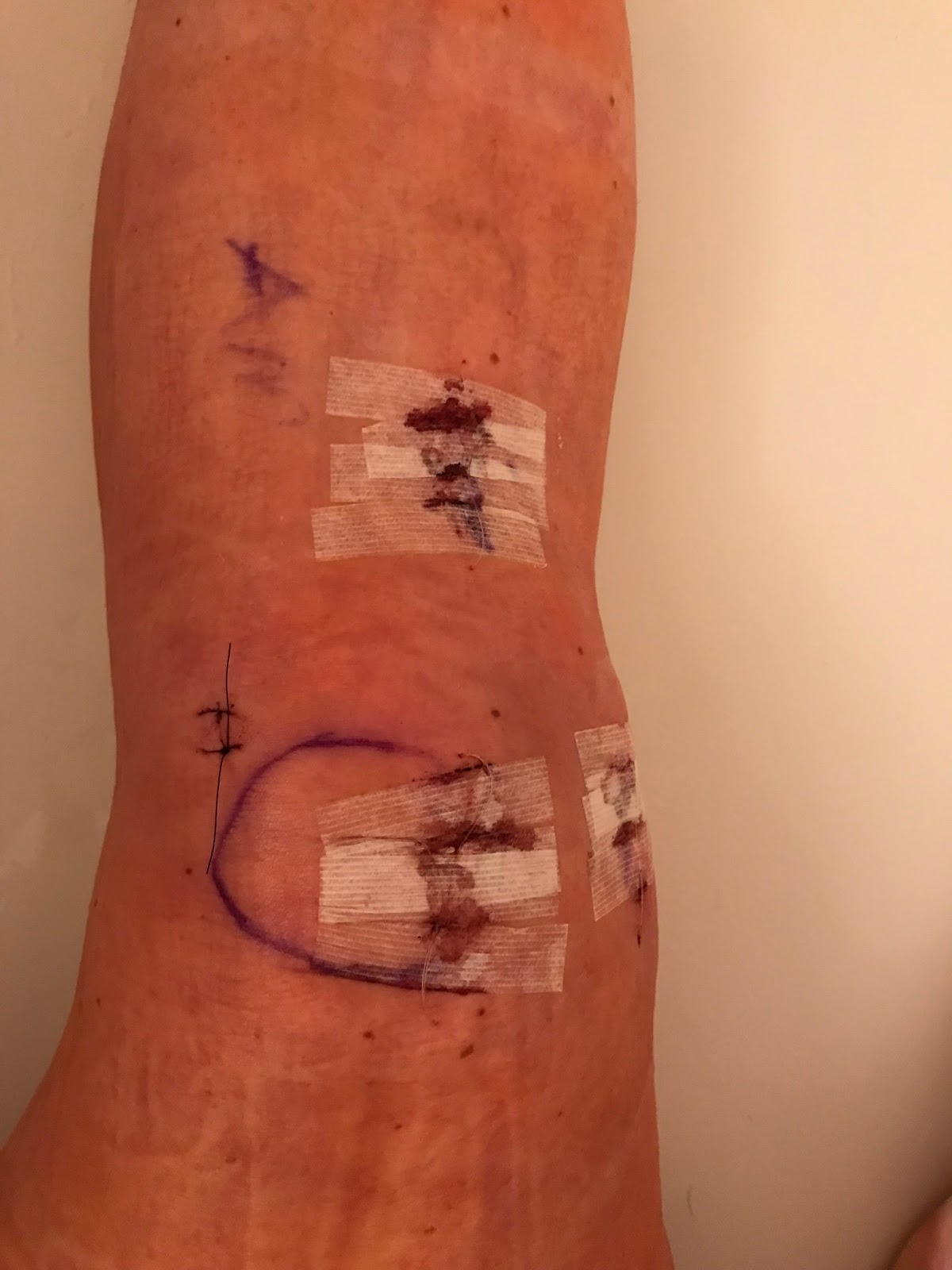 I was able to take the bandages and brace off only for the shower today, and I was able to see the leg. It looks gnarly. Good, all things considered – but still gnarly. My first post-op appointment will be next Wednesday, and I’m excited to hopefully start talking about starting PT sooner, rather than later!

I’m going to chronicle my recovery here, so I hope you’ll all bear with me as I do! One thing I’d really hoped for prior to this surgery was a blog on which I could really read into their MPFL journey and recovery. There are a few, but I think it’s an important resource for people, so I’m hopeful that maybe, just maybe, it’ll help someone else.

If this post is loopy, it’s because I’m a little drugged, but I’m hoping my next posts will make more sense. Happy Wednesday, friends!