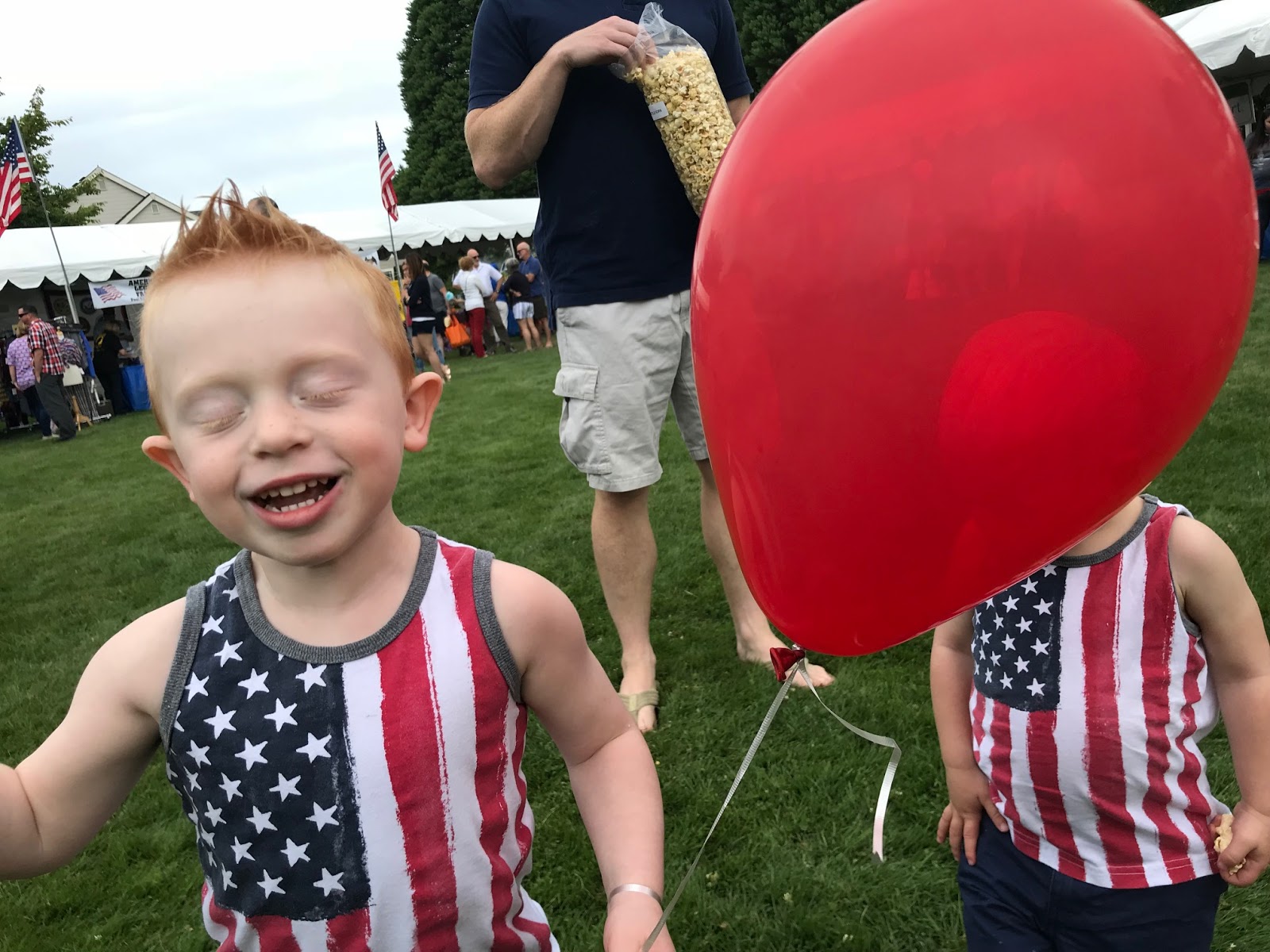 Well, that’s a wrap on our first fourth of July here in Washington. We weren’t sure what to expect really. The fourth is big in New York, but it’s nothing like it is here! They throw a big live-music event at Clocktower Park just a five-minute drive from our house starting with a pancake breakfast in the morning and culminating in a firework show around 10 PM on the golf course. It was so fun to see how festive people are here. And, though fireworks scare the dickens out of Porter, we got to see a bunch from our home before we all crashed hard last night.

After spending a quiet morning at home, we explored the party at Clocktower Park, bought some delicious kettle corn, and the boys were able to meet the firefighters, sit in the trucks, and turn on the lights! They were so happy. Talk about making a little boy’s day right there. Spencer also got to meet  “Spiderman,” and he was in awe. I couldn’t help but giggle as he said “Hi Spiderman! What are you doing here?” His imagination never ceases to amaze me. 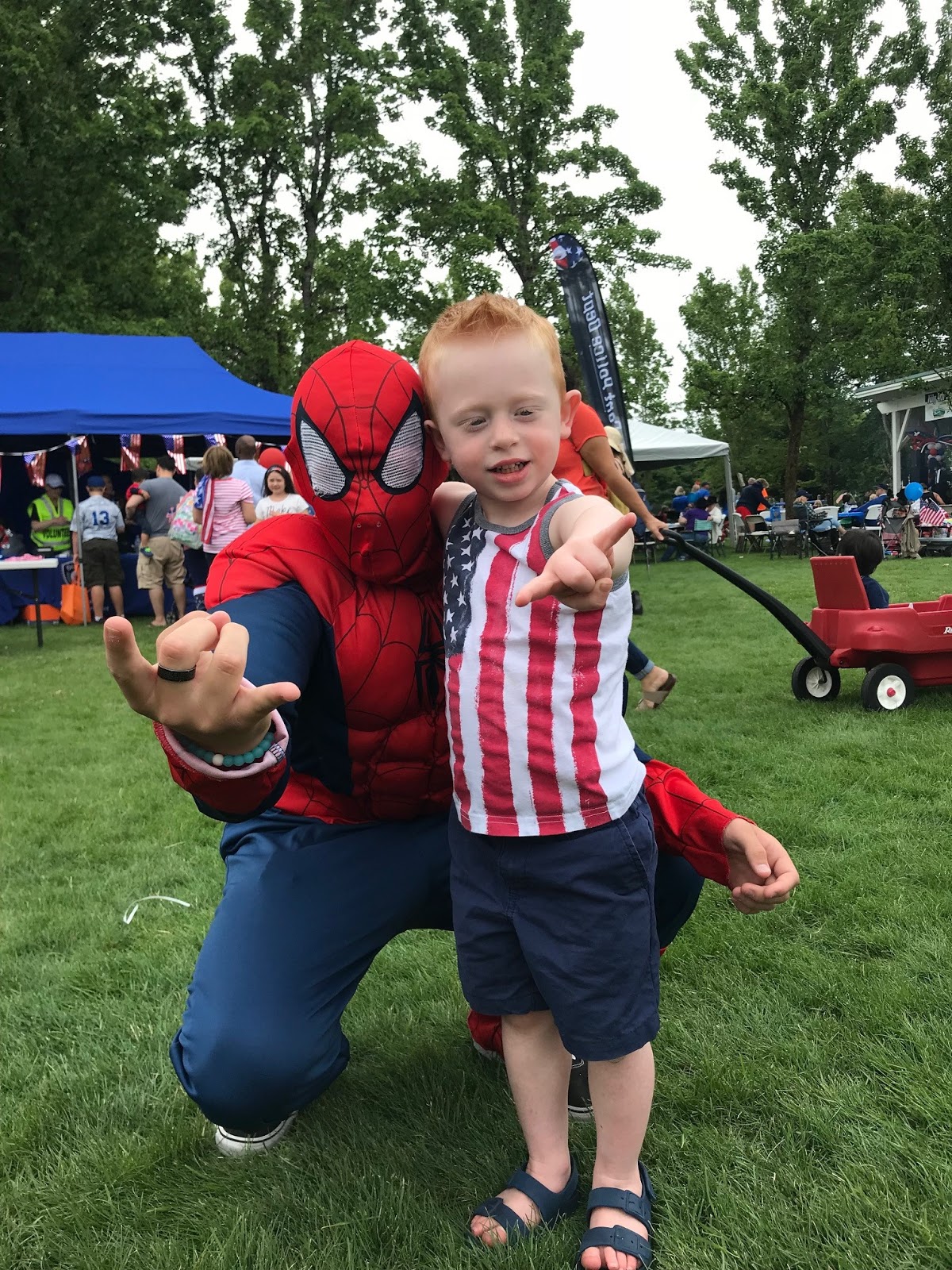 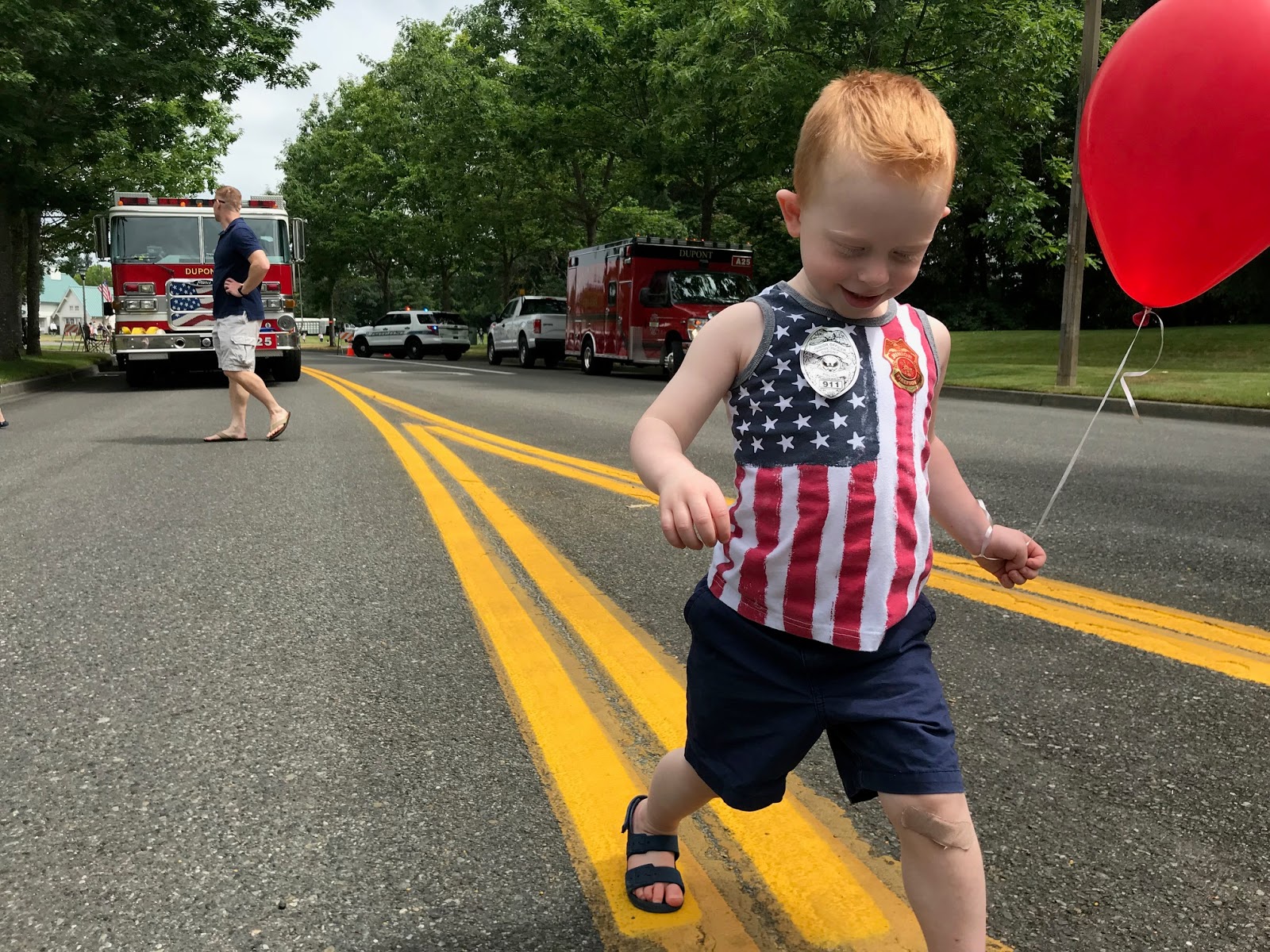 One of the best parts about moving to Washington has been that we’re now closer to Ryan’s family. So close, in fact, that we were able to spend the evening of the 4th up in Gig Harbor where the boys got to meet their cousins, play lawn games, and I was able to finally meet some more of Ryan’s extended family.

Most of them live in Oregon, so it was really special to be able to take the time to spend all together. It wasn’t anything fancy, but we blew bedtime, and we spent quality time playing outside, watching the fireworks, sharing a meal with fantastic people, and enjoying quality time with family. It was also so special because I got to see Ryan in his element with his people – and yes, I obviously mean gingers 😉 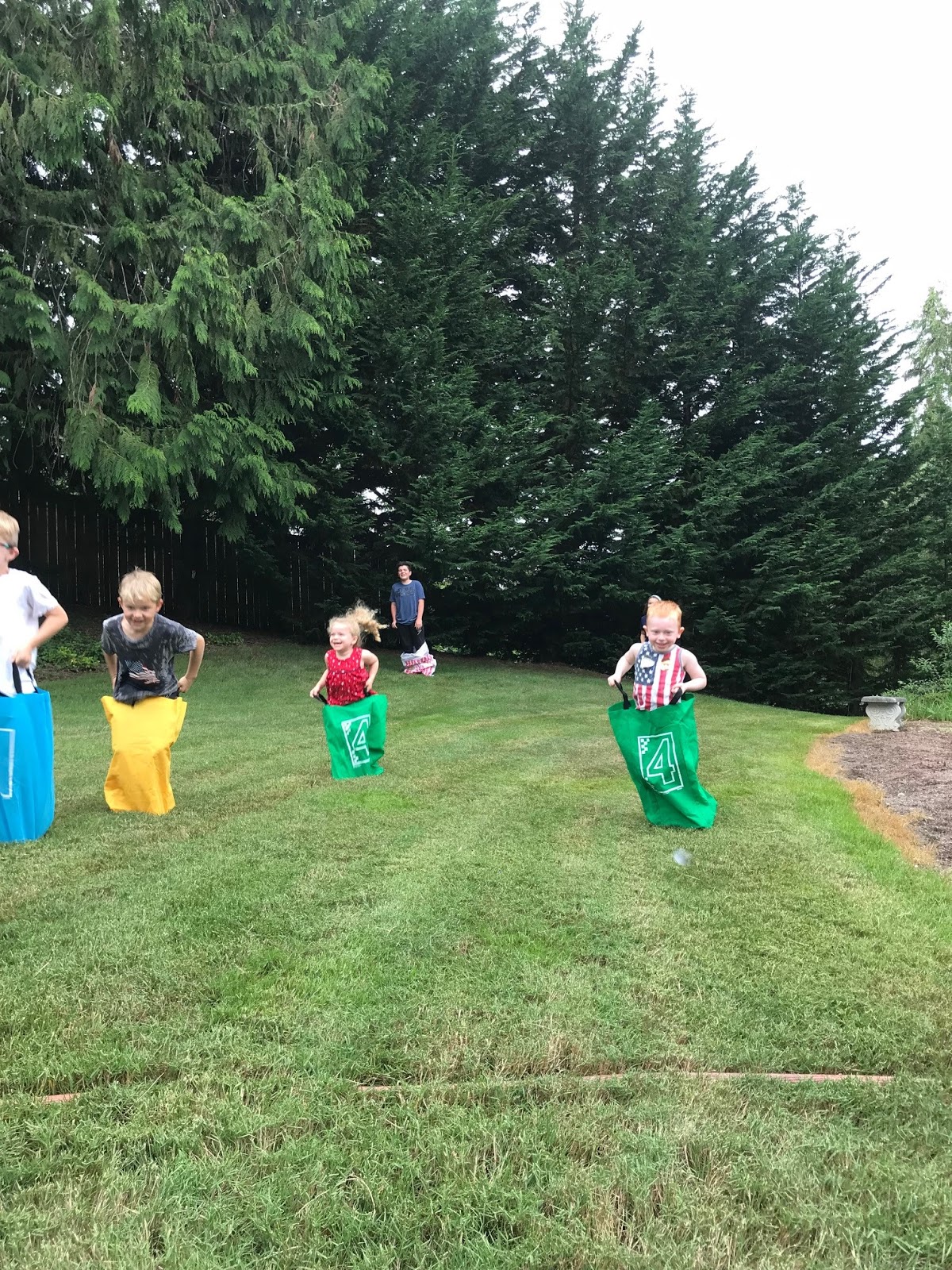 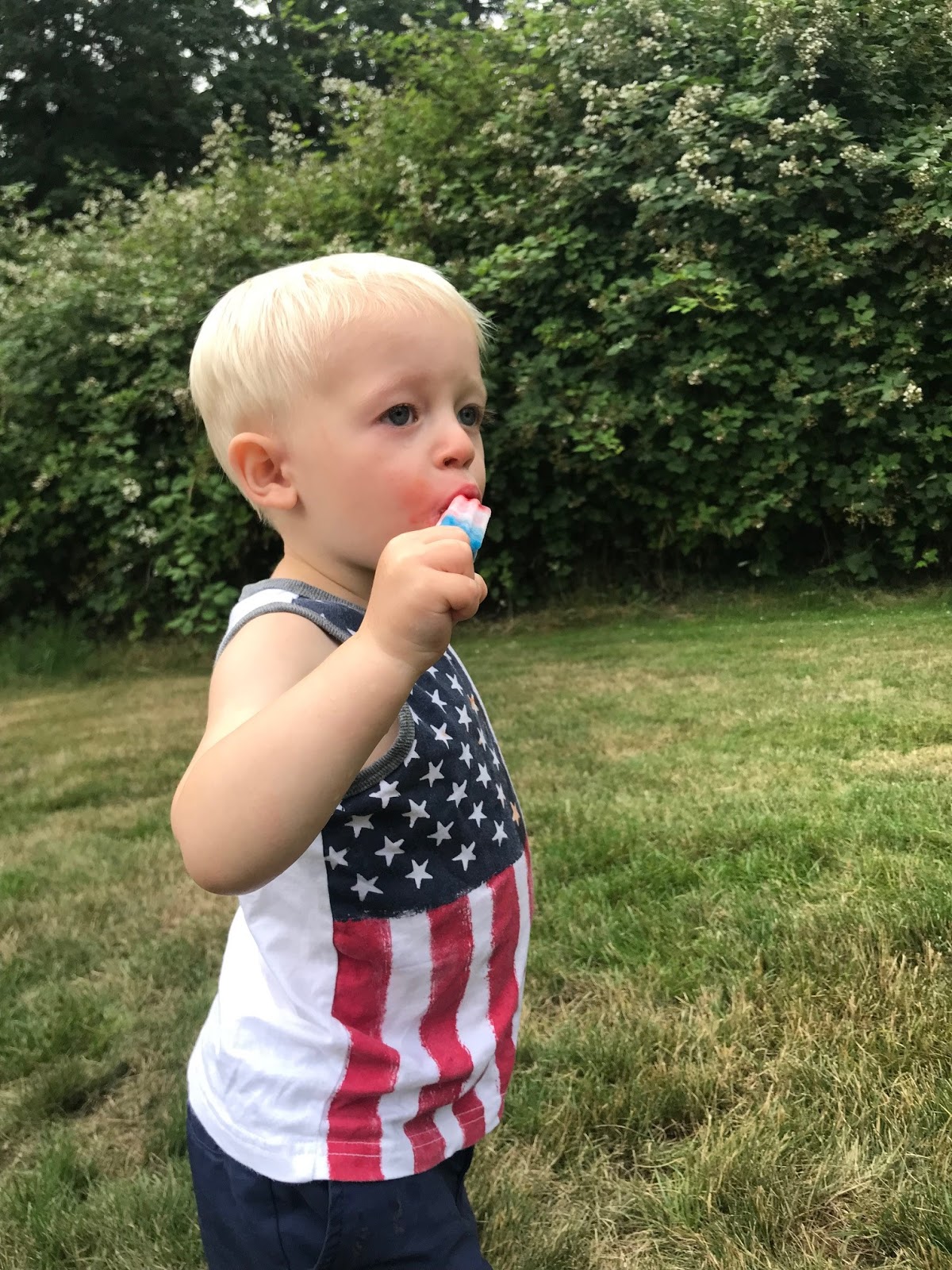 I feel like summer’s always so fleeting. We wait all year for it, then we chase those summer nights until they’re, once again, enveloped in the colder season, under wraps until the next year. I know I sound like I’m waxing all nostalgic, and maybe I am, but there’s just something about summer that speaks to my soul. We’ve been spending almost every possible waking hour that we can outside. When I pick the boys up from daycare, we either go play out on the playset in our yard, or we go to the park.

This past week, we went ahead and bought Spencer a big boy bike – training wheels and all. He learned how to pedal his tricycle shortly before we left Fort Drum, and he’s been getting too big for it. So, we bit the bullet and surprised our big boy after school a couple days ago, taking him to Powderworks Park where he saw his brand-new Lightning McQueen bike (we’re alllllll over Cars right now) for the first time. Needless to say, he’s still the happiest boy on the block. 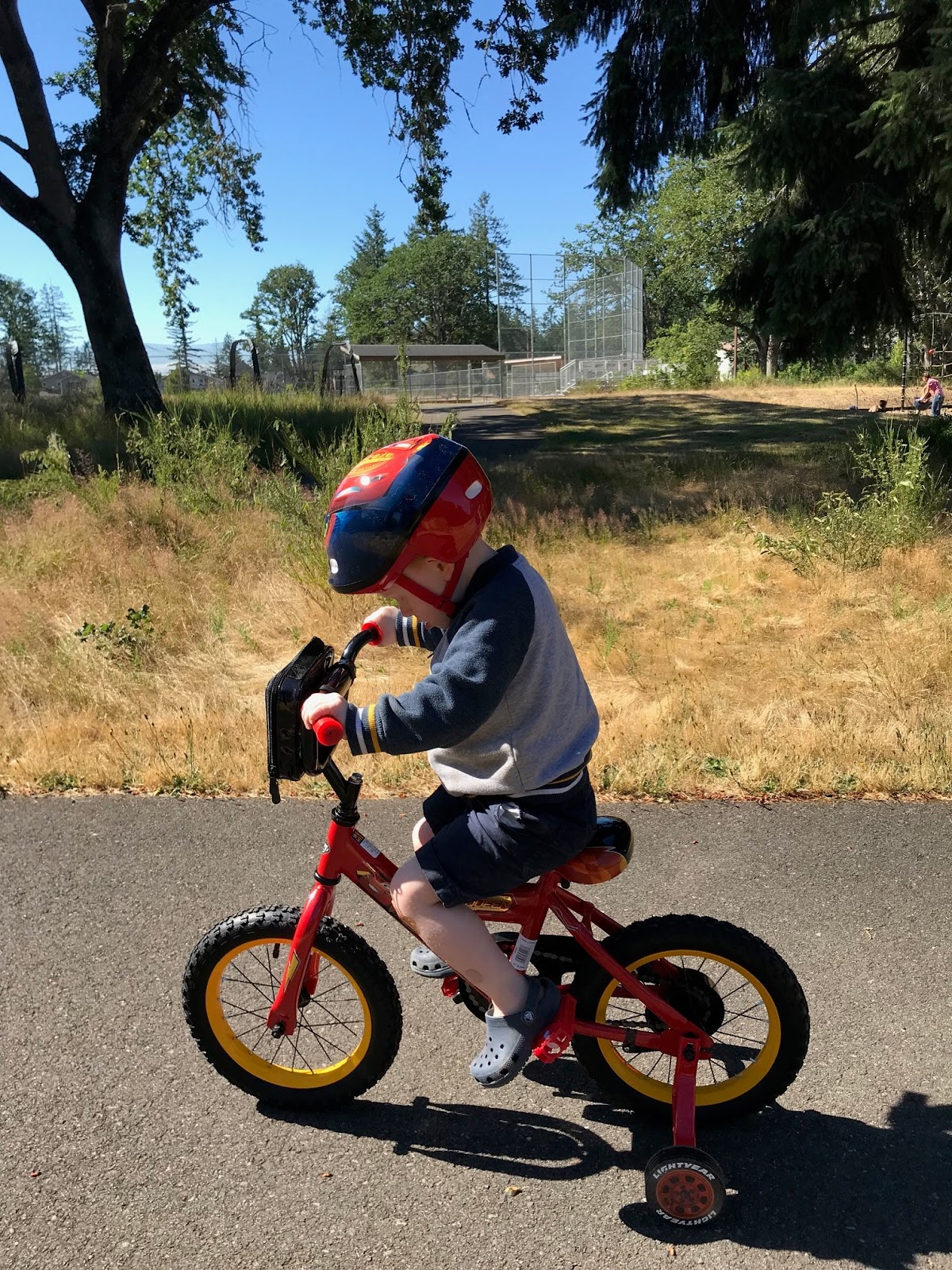 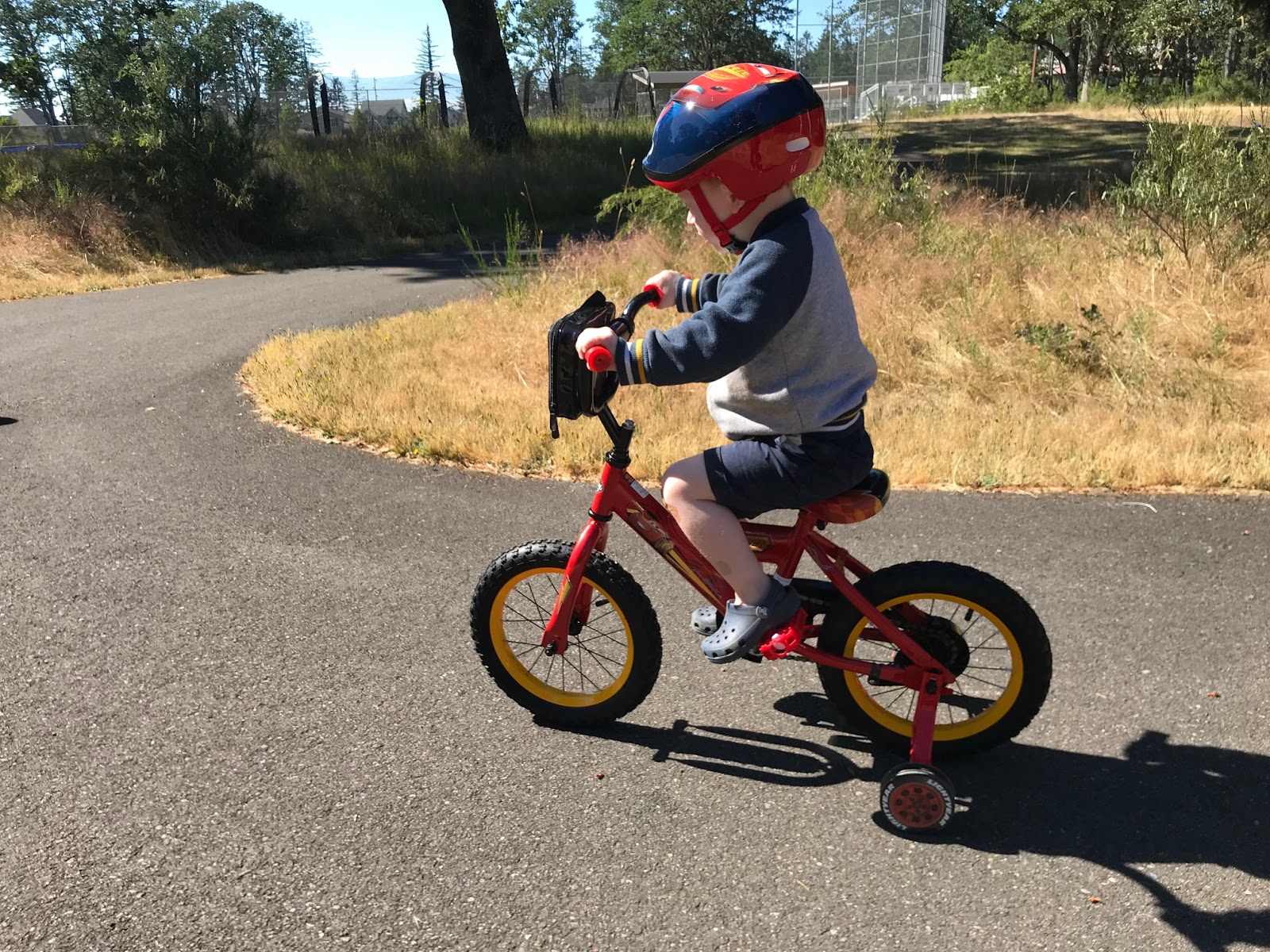 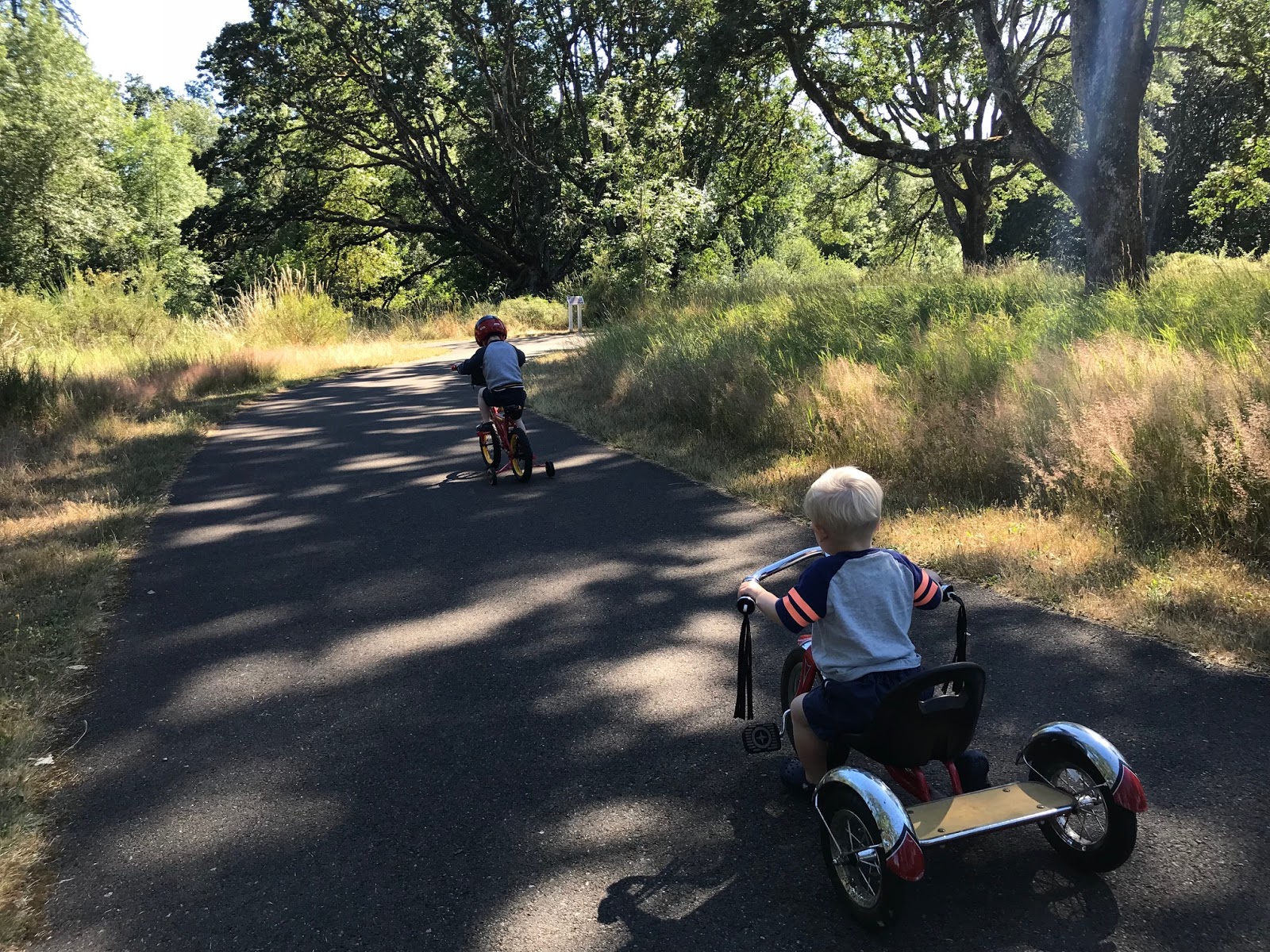 Ryan leaves again next week for another stateside TDY, and I’m anxious about it. Obviously, Washington is still a little unfamiliar, and this house doesn’t feel like home in many ways – in large part because it’s a rental. I know we’ll settle in, but the thought of another upheaval of sorts is scary in its own right. If you do think of us in the next few days, we’d sure appreciate a few little prayers – more for the boys than myself – as we work yet another season of transition.

Have the best weekends, and I hope you all had a fantastic fourth of July!