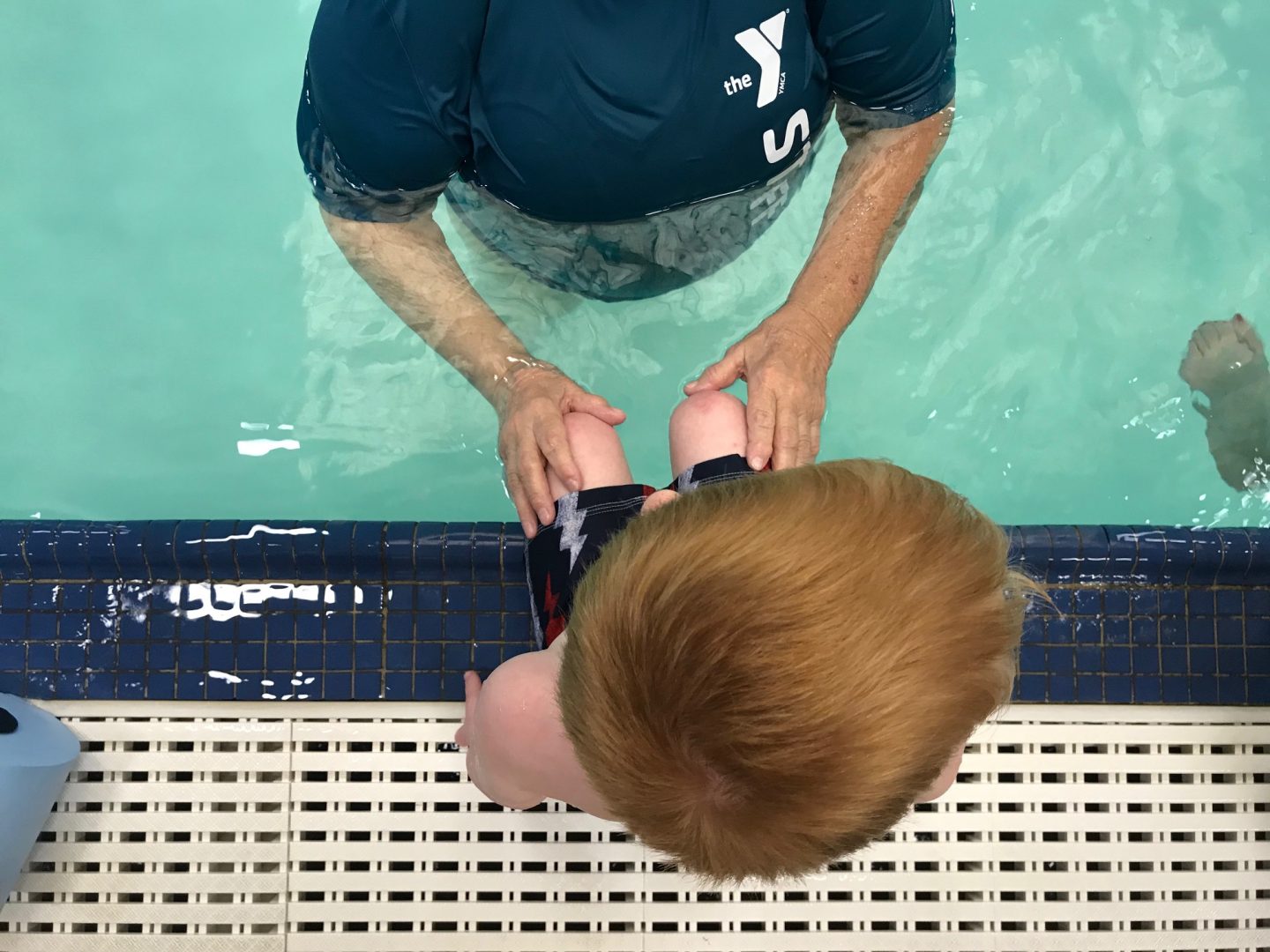 I wish I could write about all the amazing things we did this past weekend, but the truth is that we really didn’t do much at all. This first trimester is absolutely kicking my butt over here, and it has been for the past week now. My little men are troopers though, and even though they don’t understand, they’ve been patient and sweet as mama navigates nausea and extreme fatigue. We did manage to do one thing this weekend though, and it was by far the most important thing to me – and to Ryan!

A few weeks ago, we found out that a friend of mine’s sweet daughter drowned in their home pool and passed away. It took 30 seconds of that little girl being unsupervised (to no fault of her amazing mama) for the unthinkable to happen. I was flooded with panic for my own boys since water is pretty much a constant in our lives. We are always in the ocean, the lake, the pool – you name it, we’re in it. So, we bit the bullet and signed up for a Y membership where the boys could get much-needed lessons. 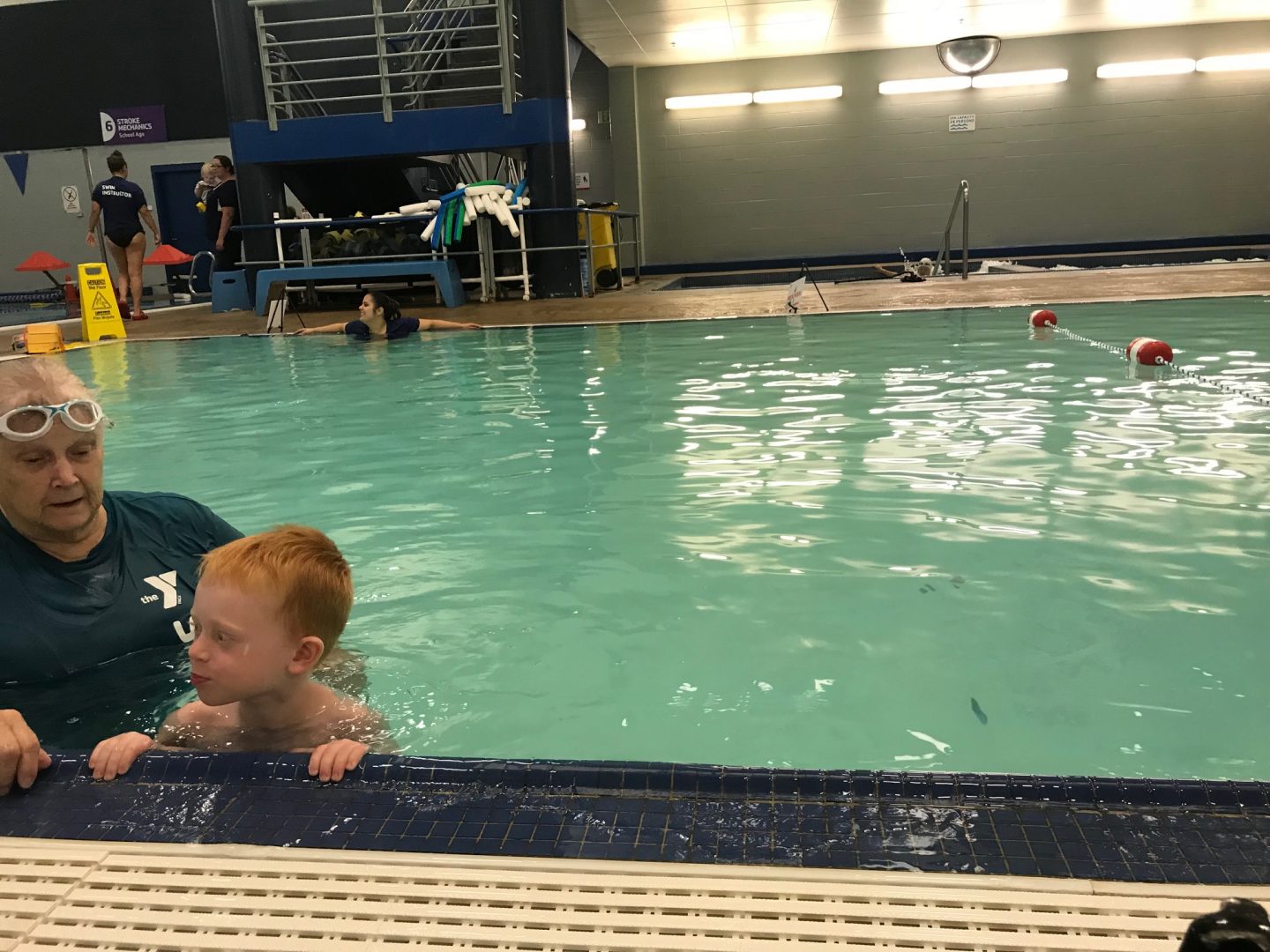 Saturday morning was their second week of swim lessons, and Spencer is taking to them, well, like a fish to water. I’ve already seen drastic improvements in him. He’s always been overconfident in the water, but now I see him really trying to kick, paddle, and hold his breath underwater. He can push off the bottom and the wall, is working to keep his body afloat, and really pays attention when Grandma Bonnie (his sweet instructor) gives him directions.

Porter and I do a mama-and-me swim introduction class at the same time. He’s less than interested in the little things they’re learning – blowing bubbles, which he can do, pulling himself out of the water, which he can also do, and splashing, which he’s a huge fan of. But, he’s doing great, and he’s getting acclimated, which is so important to us. 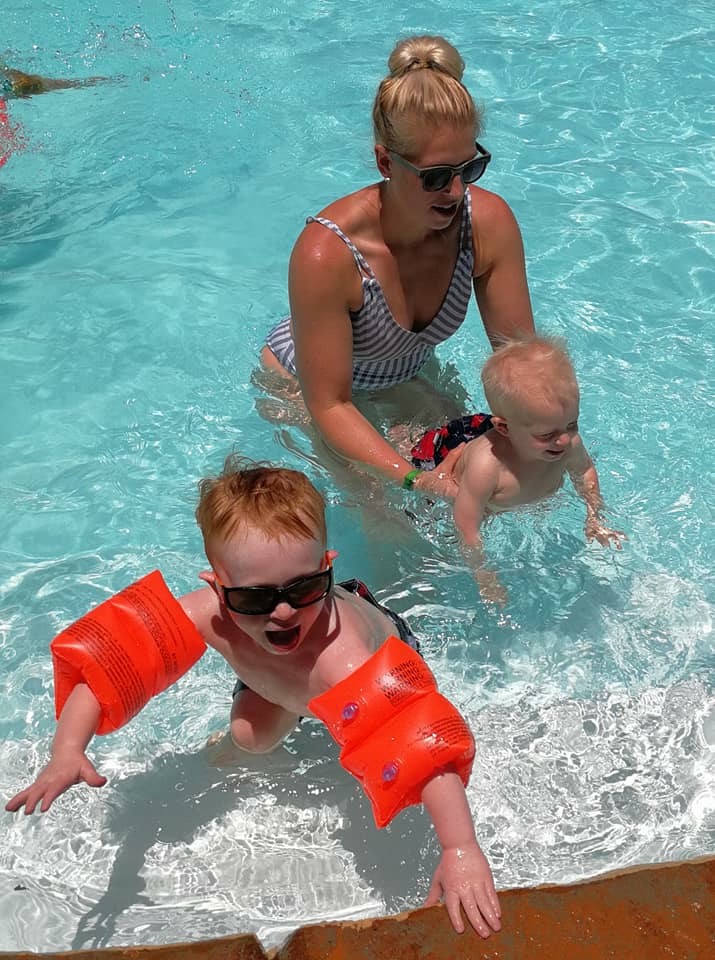 Some of you have asked why, as a swimmer, I don’t teach my own kids how to swim. It’s a great question, really, and I thought I’d be able to do it myself. I learned, however, that I’m not comfortable teaching them to swim and, frankly, they don’t take me seriously when I do try. They listen much better when another adult – a professional – is teaching them, and if that means I have to pay money for someone else to teach them, I’m willing to pay it.

We do a lot of swimming on our family trips to places like South Carolina and South Africa, and the PNW obviously has tons of water everywhere. We go to Tolmie State Park and the Puget Sound so often that it’s imperative they’re comfortable. Our sincere hope is that by the time we go to South Africa again this winter, our little guys will mostly know how to swim, or at least perform self-rescue if needed. We put water wings on Spence last year, but the swimmer in me wasn’t happy with it. I worry he’ll simply get too reliant on them. 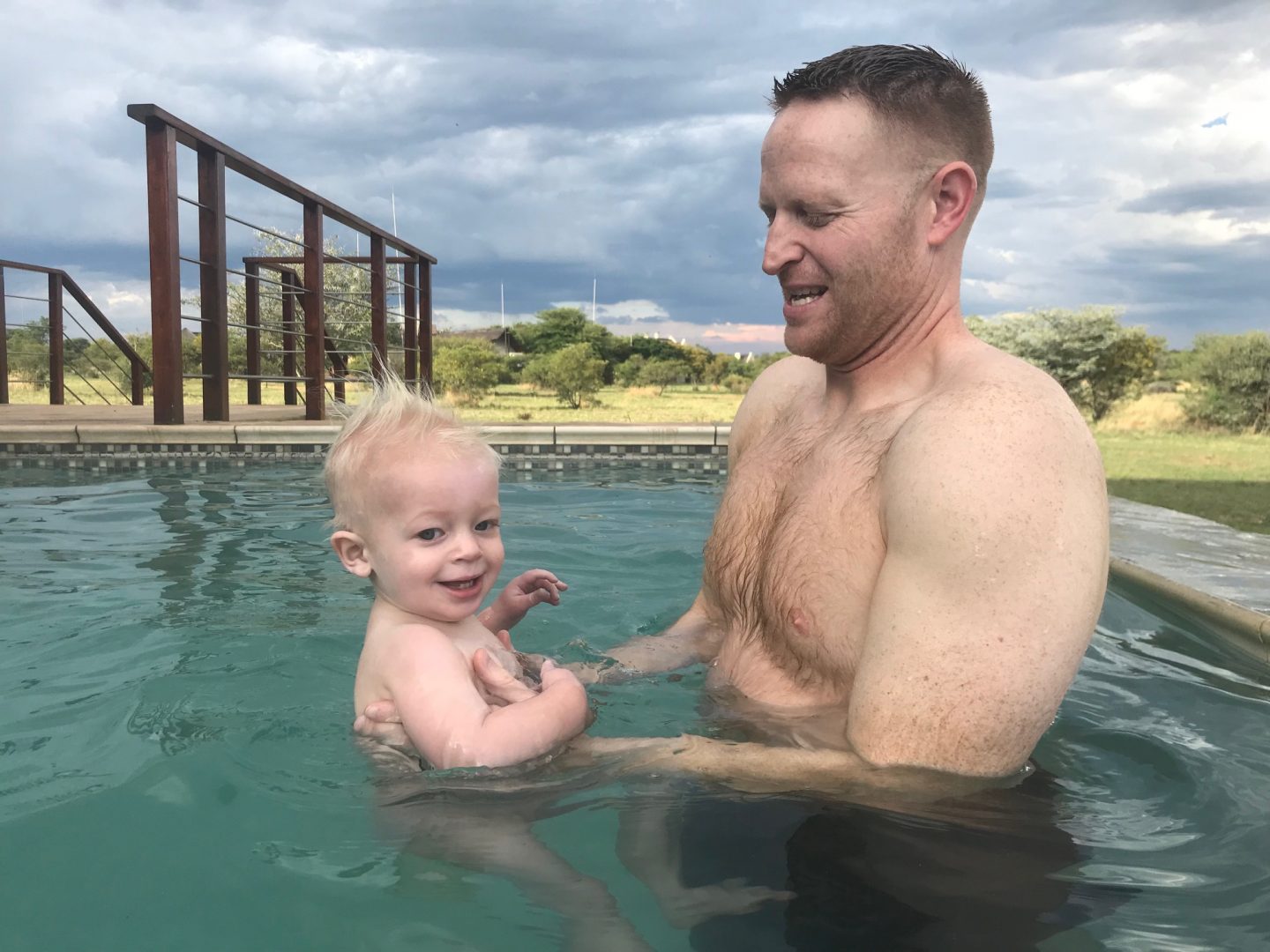 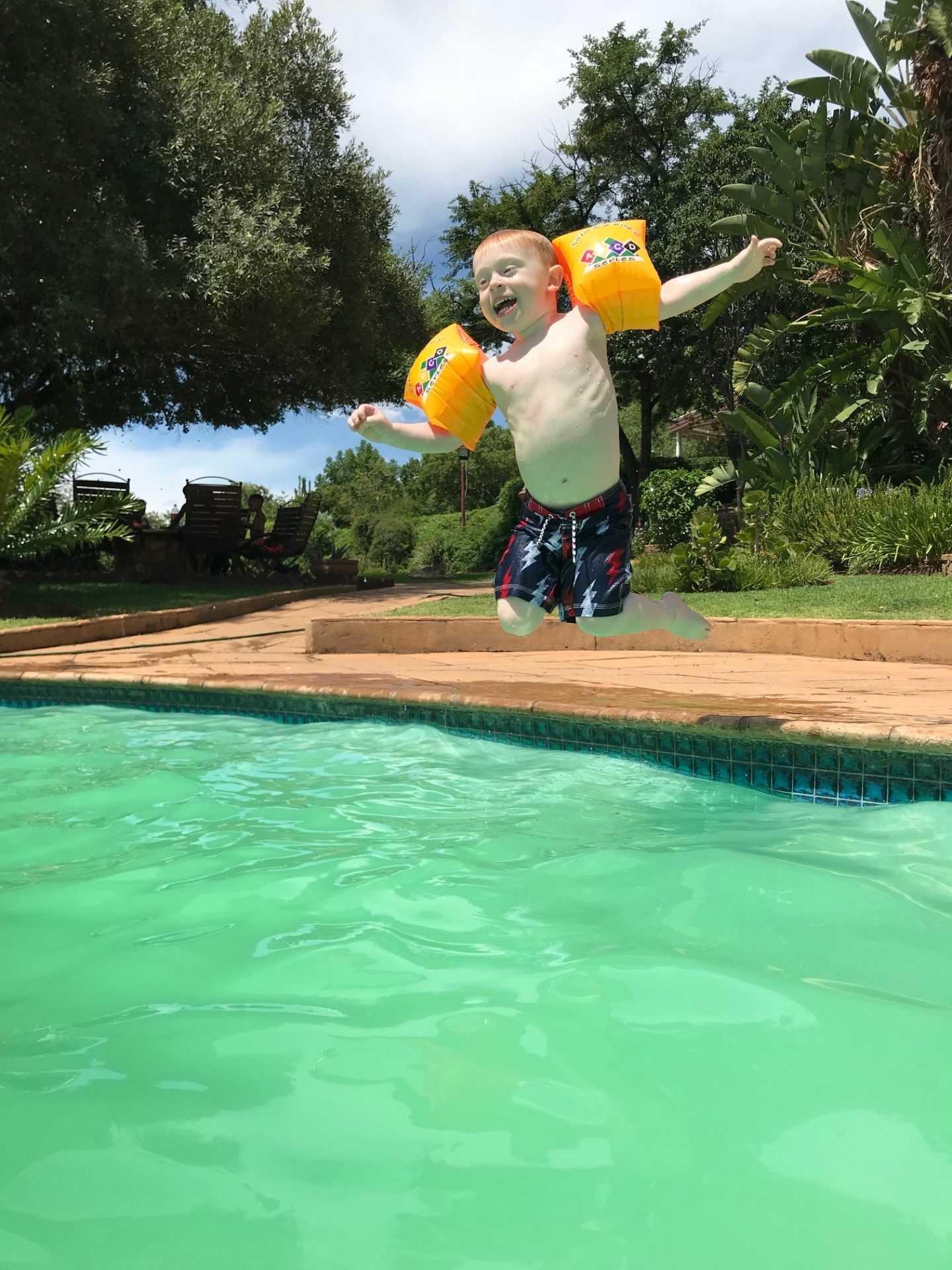 While this was the only thing we really did this weekend, I’m so glad we did it, and it makes my mama heart happy to see them splashing around! I have an open water race on the 26th – my first since the Lake George open water swim I did in New York – and it’s my hope that it helps inspire my boys even further! Most of all though, I want my boys to have a love and a respect of the water. It’s beautiful and magical, but it’s also a force to be reckoned with. While national water safety month was in May, for me, I really want to keep it going all year long.

Do your kids know how to swim? At what age did they learn, and what sort of lessons did they take?