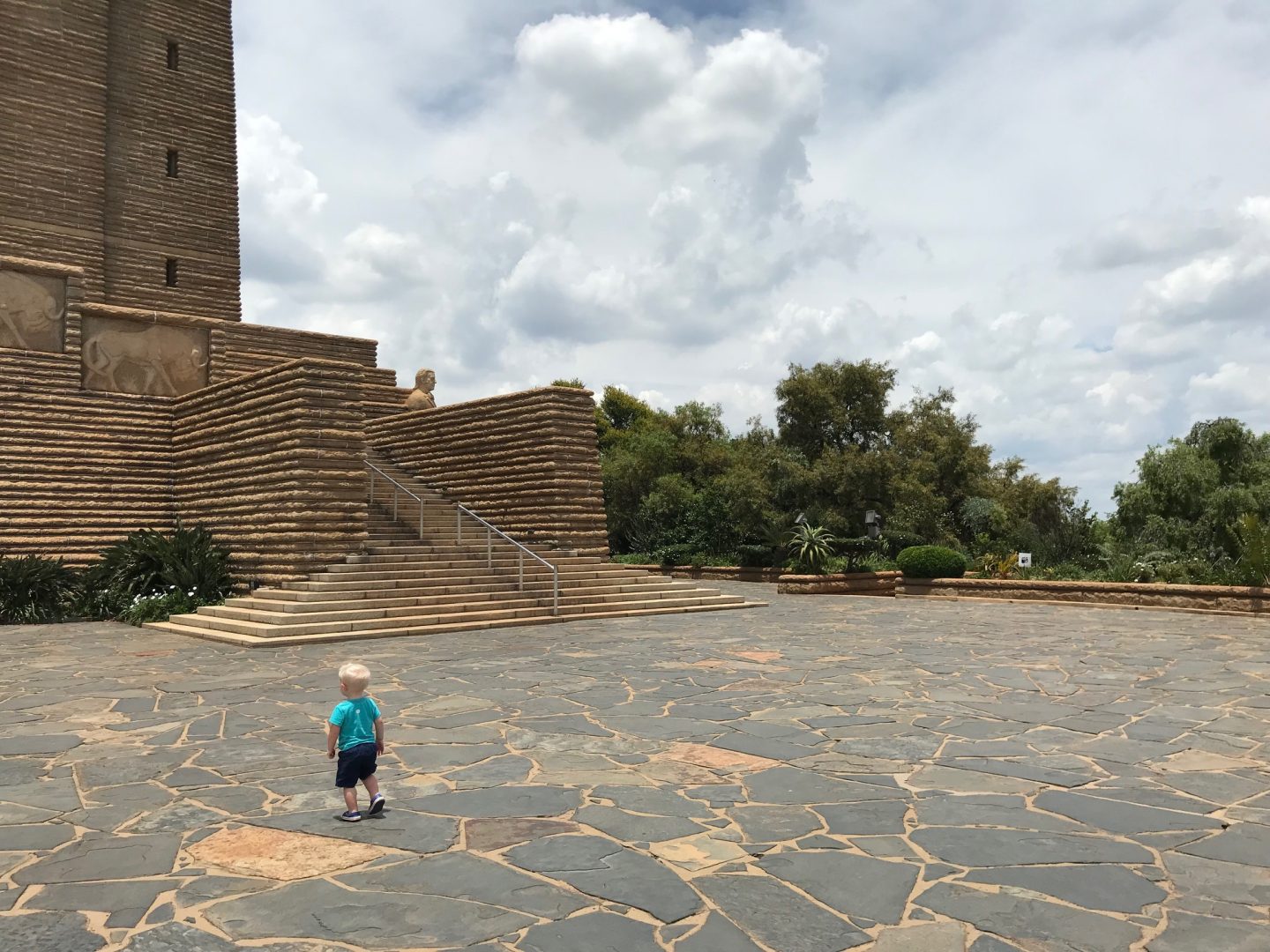 I was going through photos on my phone the other day, and I realized that in the throes of moving, TDYs and all the chaos of late winter/early spring, I never recapped half of our trip to South Africa. I know, I’m awful. But, since we’re planning our next getaway to South Africa, I figured now was a good time to talk about some of our little side trips while we were there. Today, I wanted to share our trip to the Voortrekker Monument in downtown Pretoria, South Africa.

Since this was Ryan’s (and the boys’, obviously) first time visiting South Africa and my family overseas, we thought it was really important for them to see as many of the local sights as possible. A little-known fact – Ryan’s actually a history major, so learning history, reading about it, and delving into the past, is right in his wheelhouse. The Voortrekker Monument is located just South of Pretoria, and it was designed to commemorate the Voortrekkers who left the Cape Colony between 1835 and 1854. 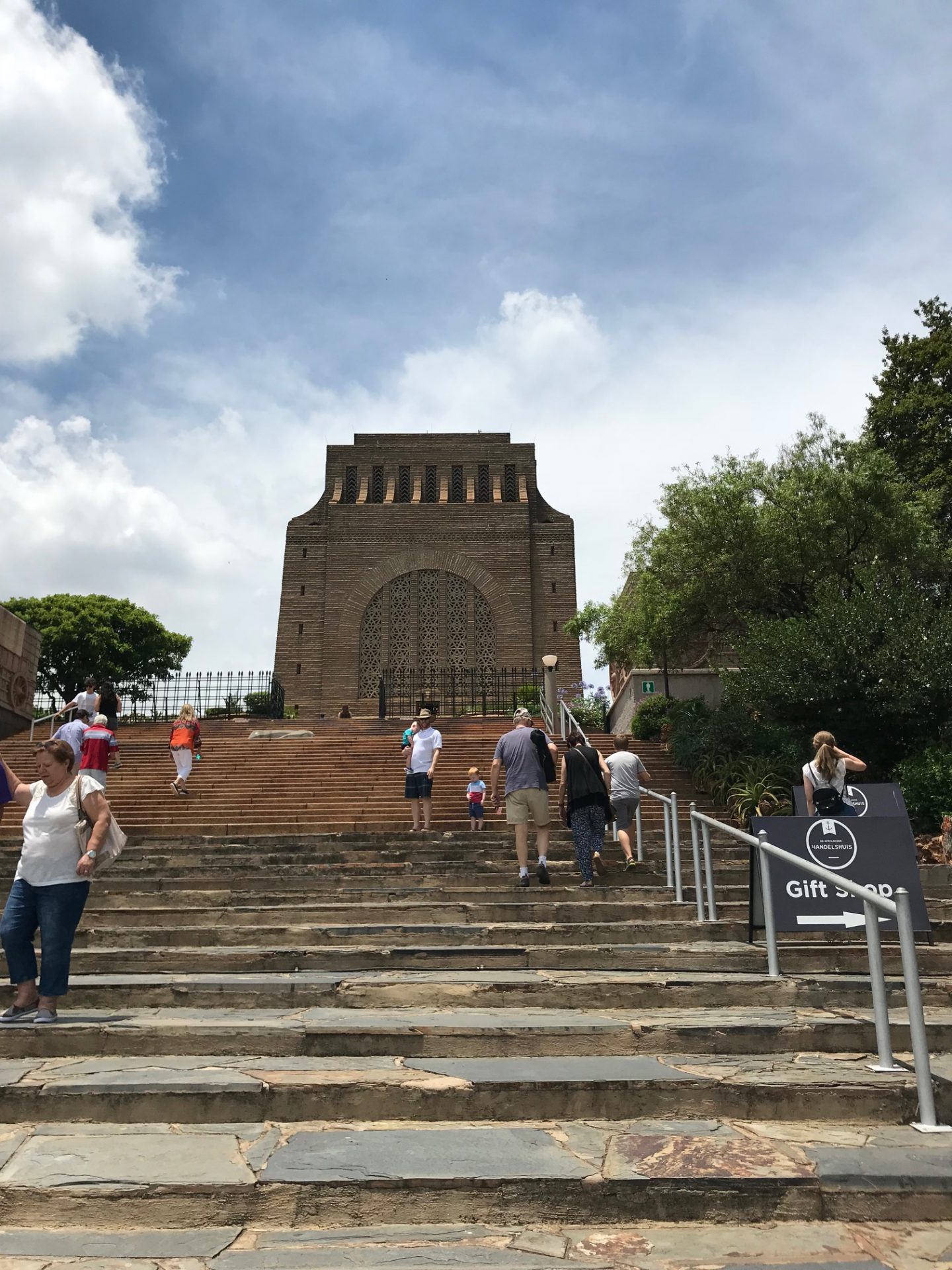 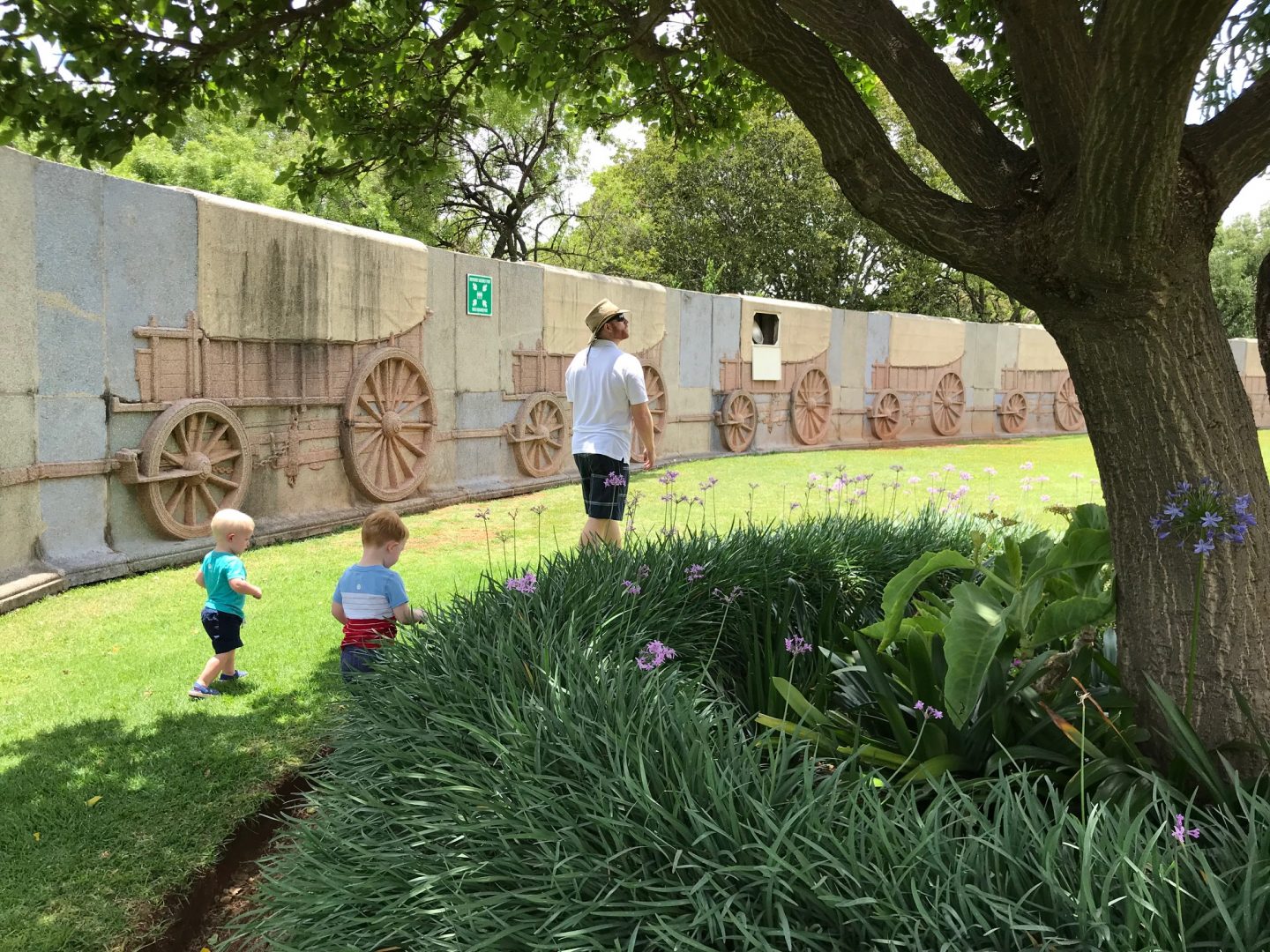 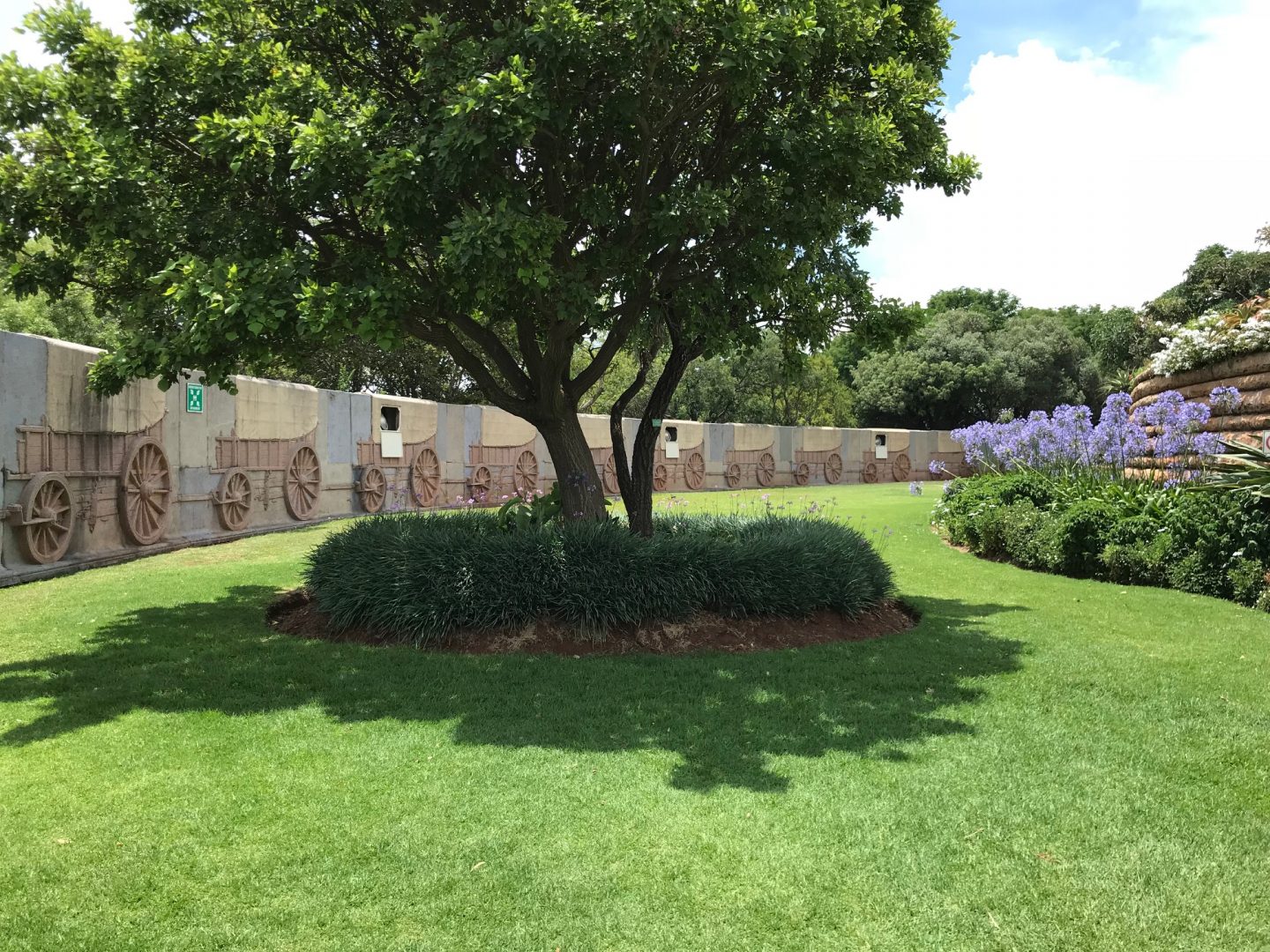 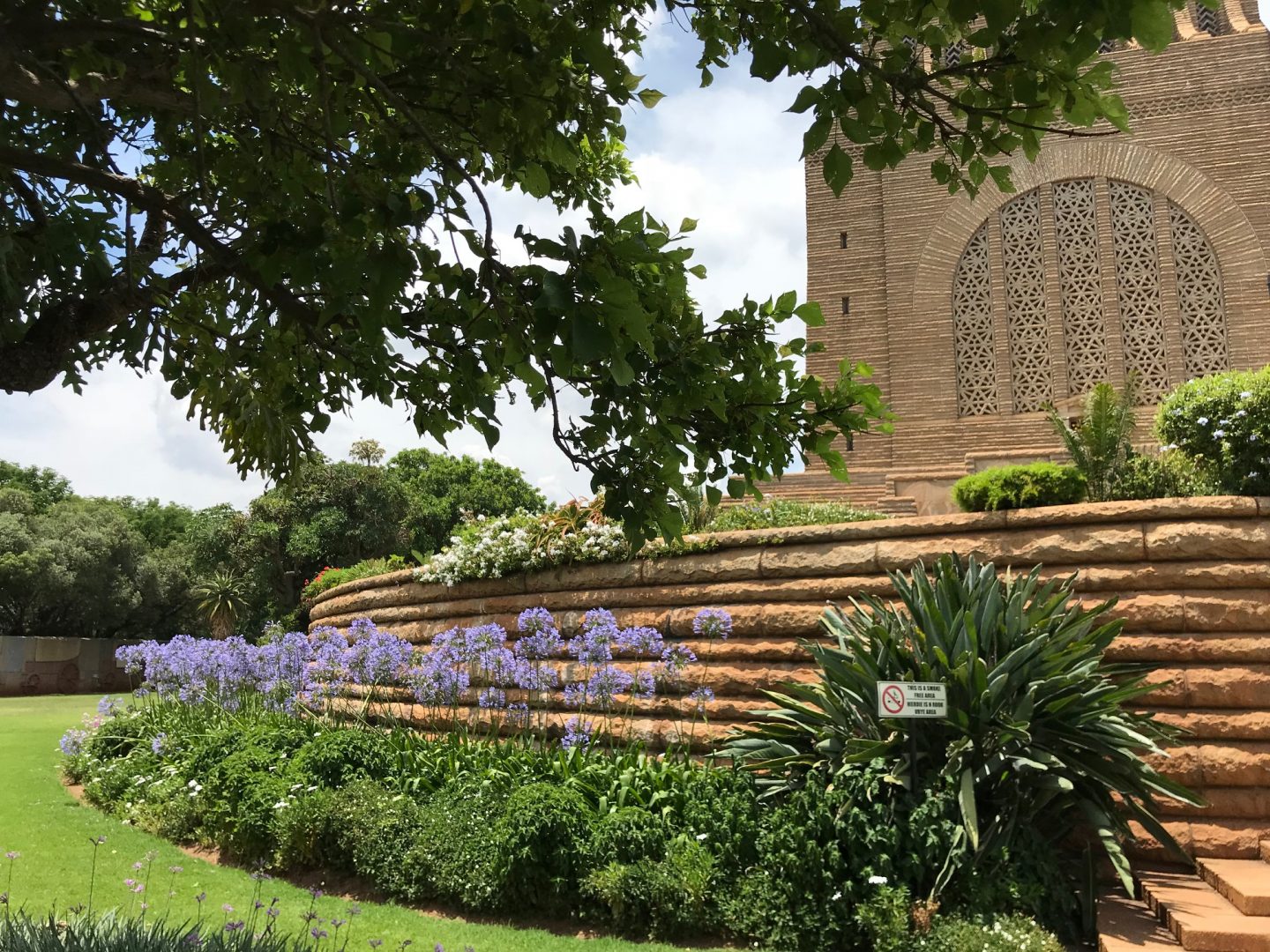 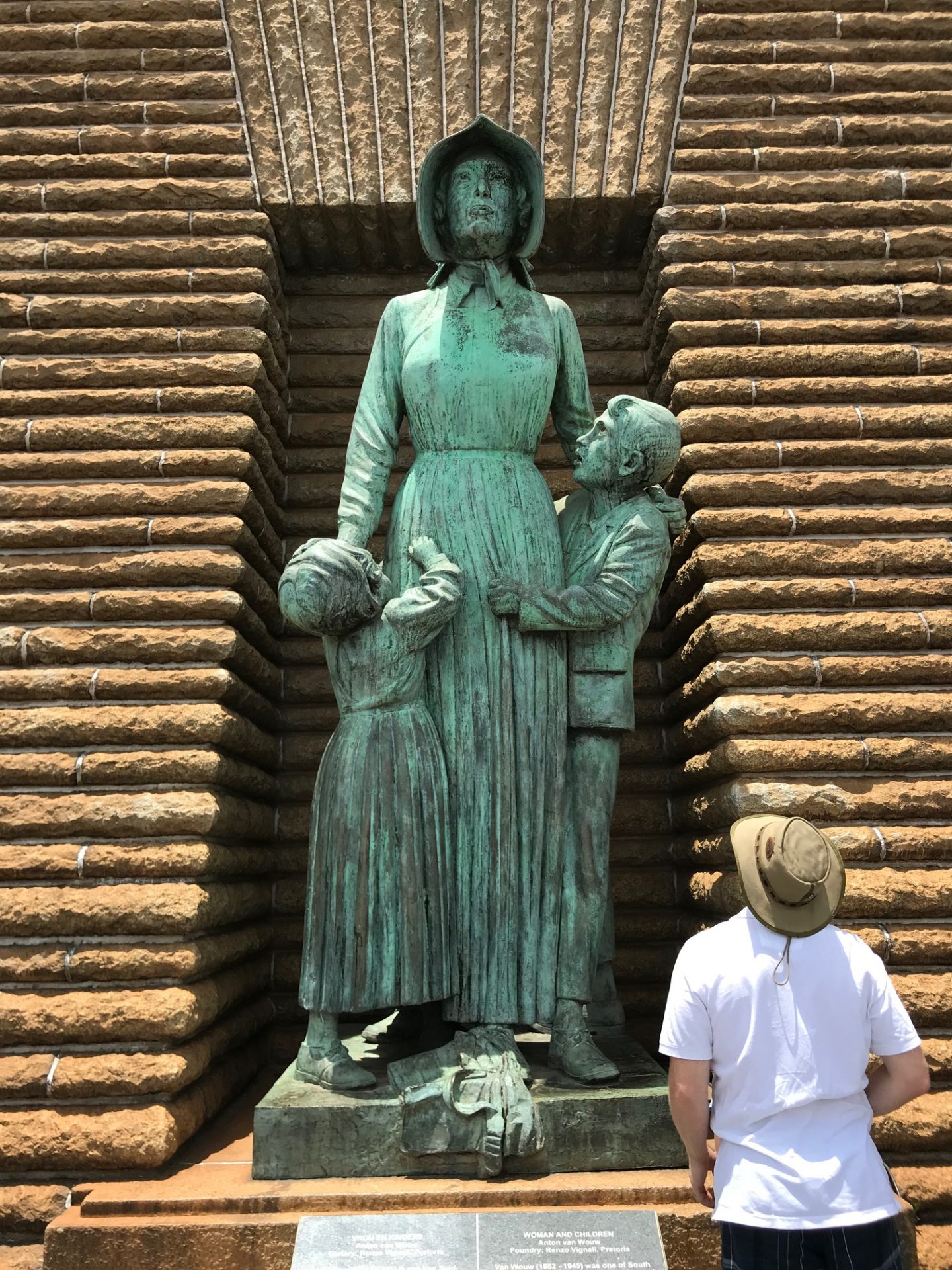 Perched high on a hilltop, the monument is surrounded by gorgeous gardens and stone walls adorned with 64 oxen-pulled wagons, the exact number of wagons that were used at the Battle of Blood River. At the foot of the monument is an enormous statue of a Voortrekker woman and her two children – a testament to the strength and courage of these pioneer women. There is also a statue of Piet Retief, one of the Voortrekker leaders at the corner of the monument.

Once you climb the many, many stairs to the monument entrance, you enter the aptly-titled, Hall of Heroes. the marble-adorned walls are intricately carved with facades of the battles and historic moments of the Voortrekker’s journey. There’s also a large, circular opening, and when you look down, you’ll see the cenotaph below in which is carved “Ons vir jou, Suid Afrika,” which loosely means, “We’re for you, South Africa.” On December 16th each year, the domed ceiling above shines a light directly onto the cenotaph – something that draws crowds every year. 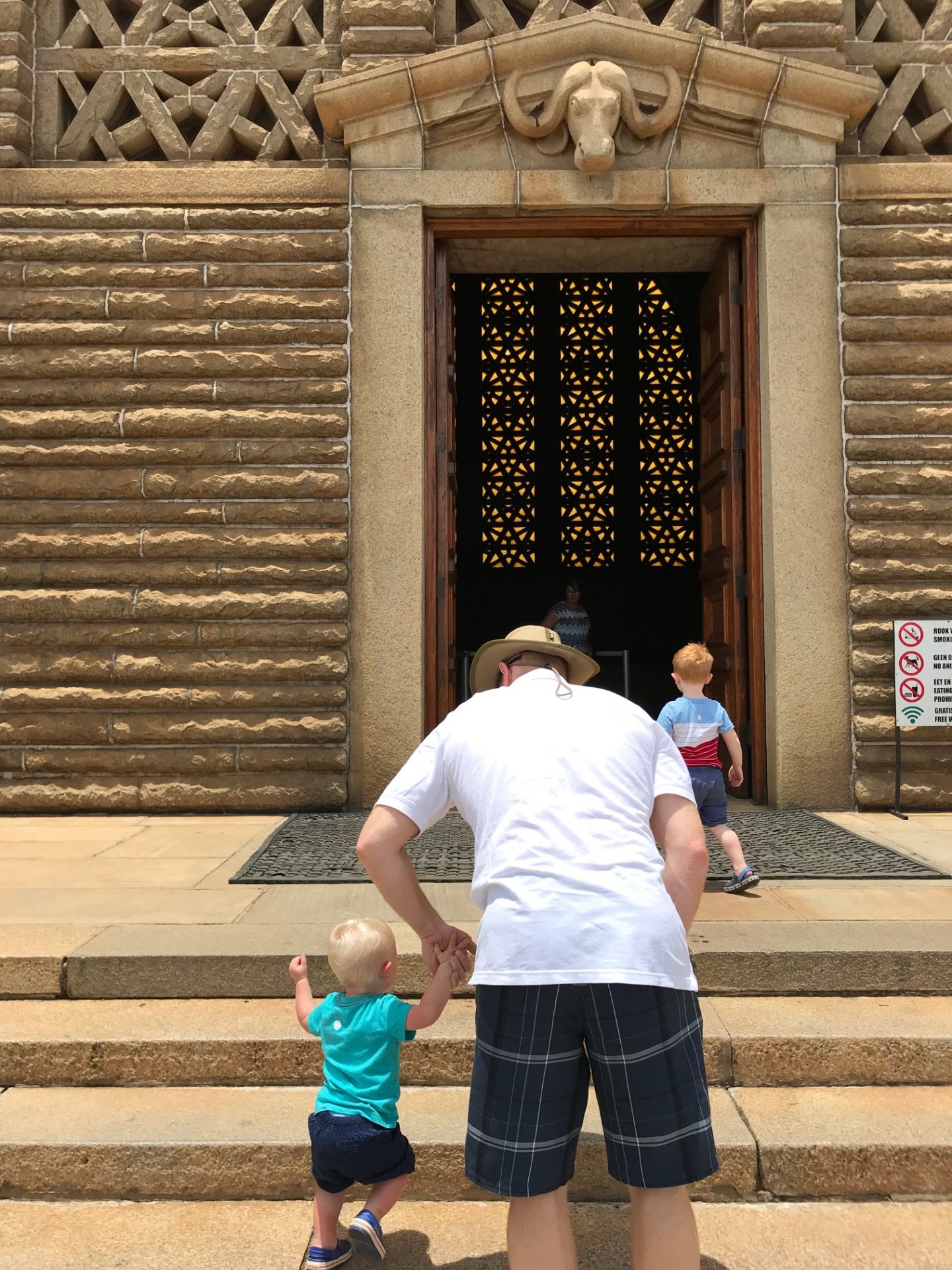 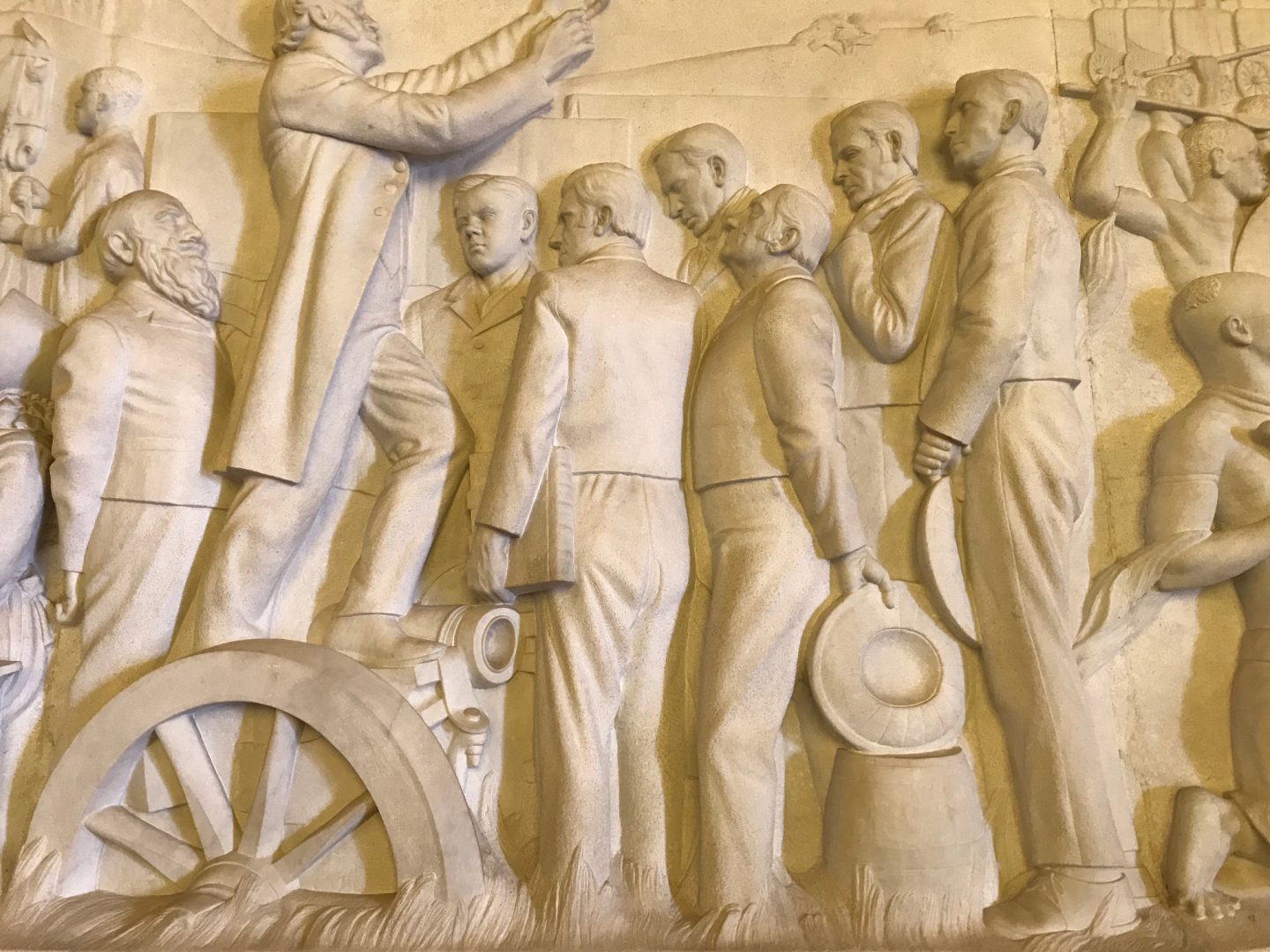 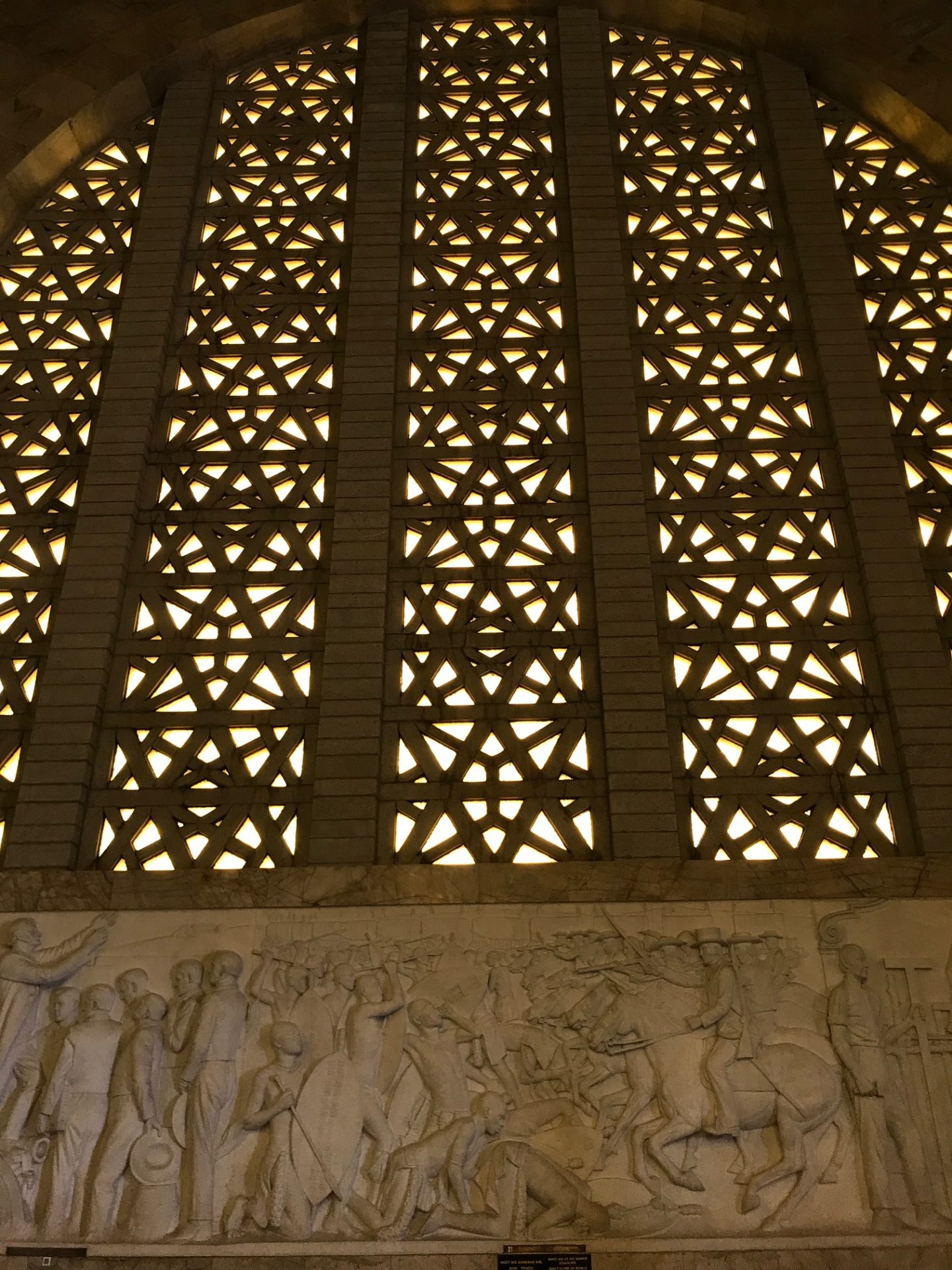 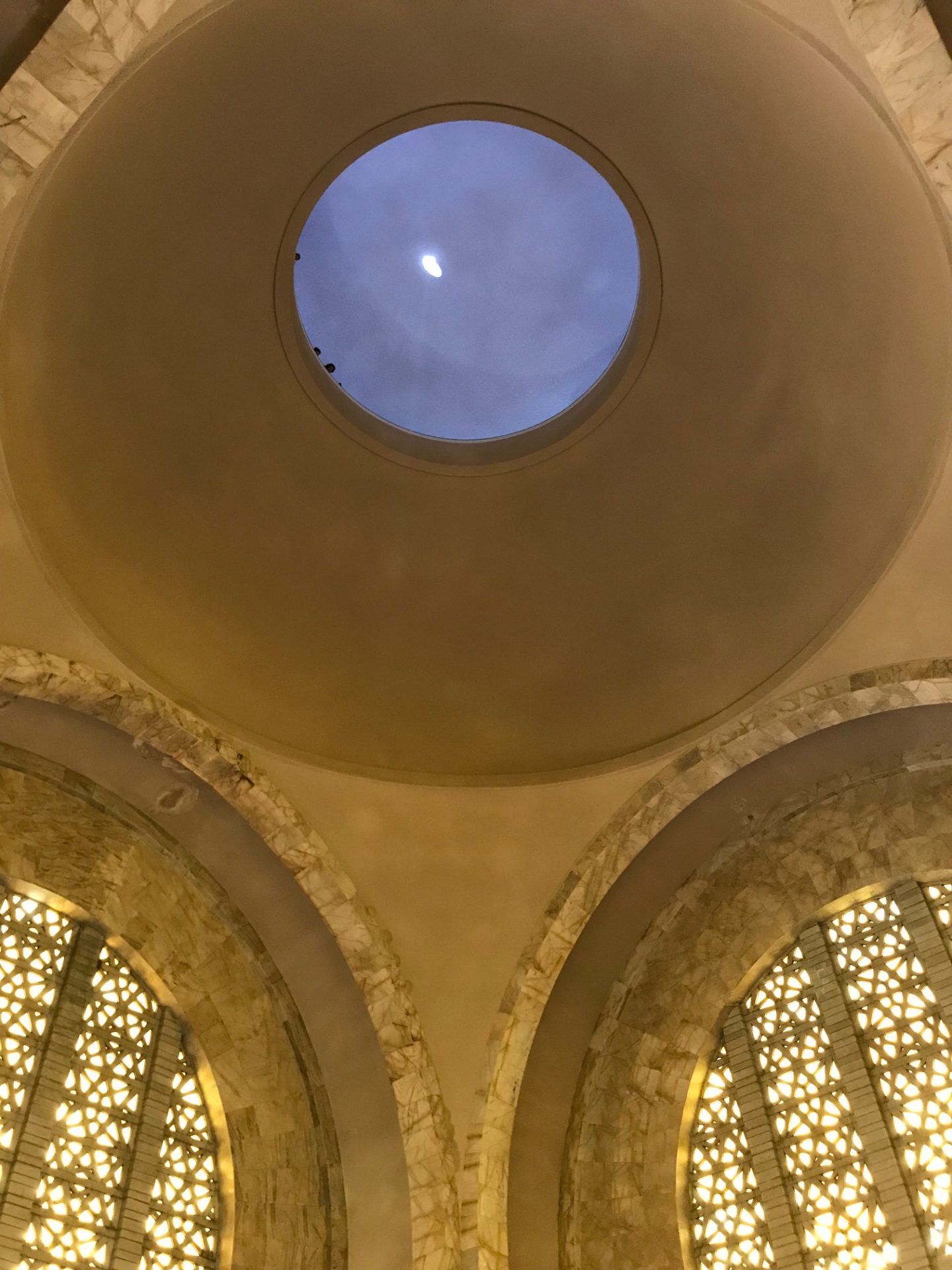 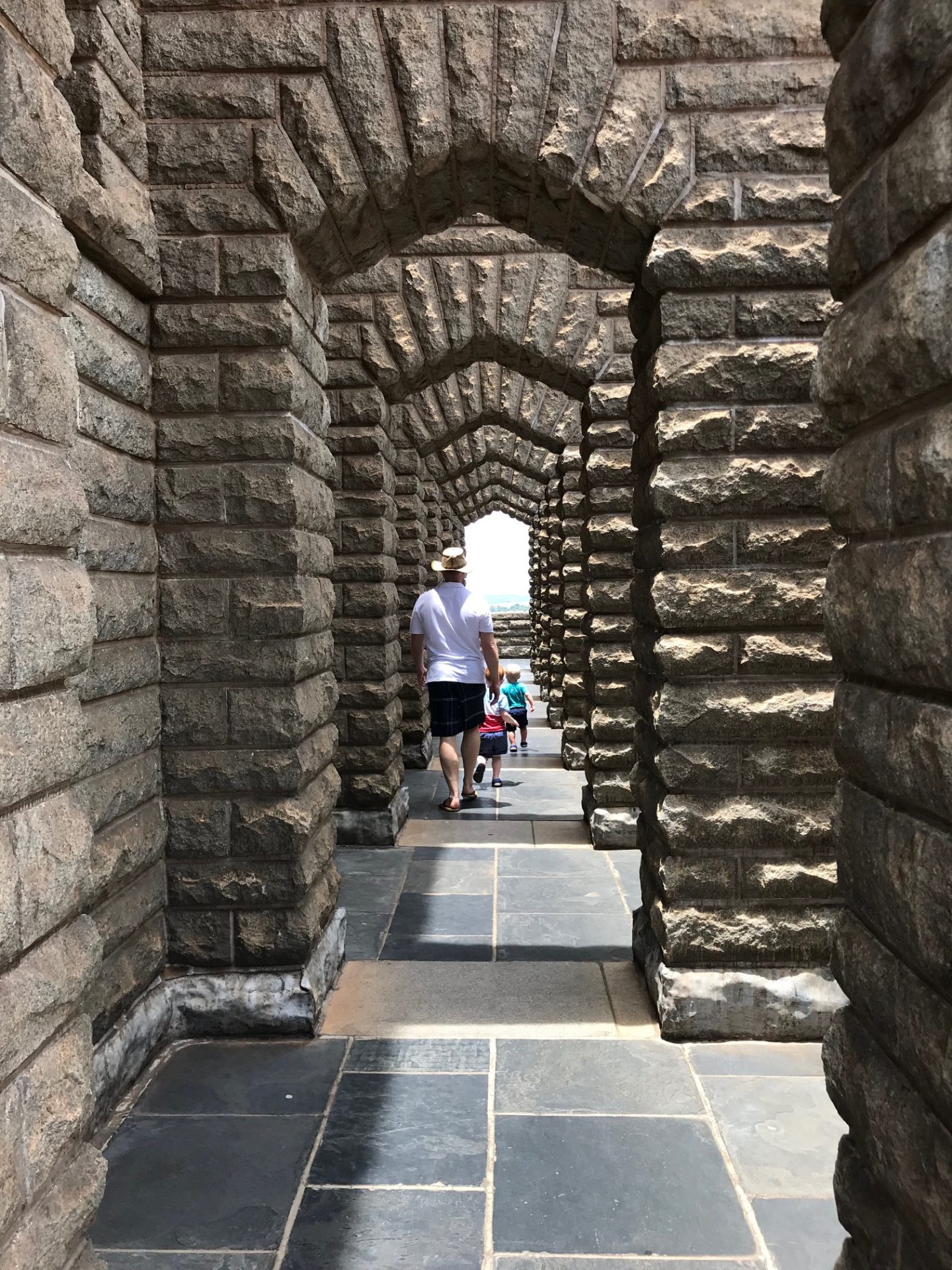 I’ve been to the Voortrekker Monument before, but this was the first time going with kiddos, and I doubt we’d take them again. The boys loved running, jumping, playing – the lot – but it’s a museum and a monument to South African heritage, first and foremost. We had a hard time keeping them from climbing on the cenotaph and trying to touch all the artifacts. I think that when we go next time, Ryan and I will take a day trip together so he can really spend some time exploring the whole monument.

A pro-tip, if you will – take the stairs or elevator all the way to the basement. Some of the coolest artifacts and displays are at the bottom, and there’s a lot more to see. While you’re at it, make sure you go all the way to the top, too. The views of Pretoria proper are spectacular and can’t be missed. And, when you’re done – and if you did brave the monument with littles – go blow off some steam on the grounds. There’s a cafe and gift shop just above the parking lot, so if you need libations and souvenirs, you’re covered there, too.

Do you like exploring museums and monuments when you travel abroad? What’s one of the best you’ve seen?