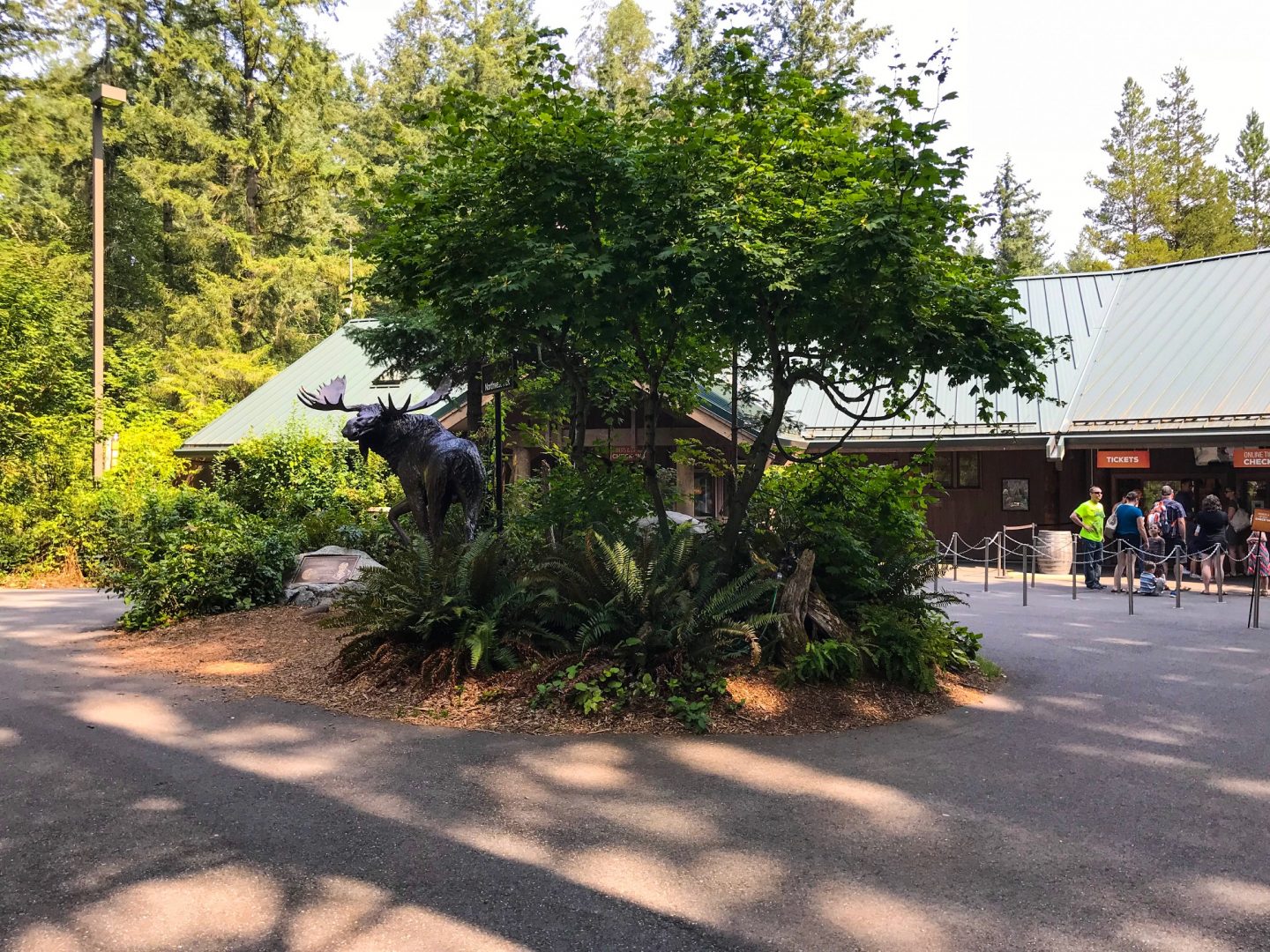 We’re nearing the end of this TDY, and I swear I couldn’t be more grateful at this moment. I’m also feeling a little awful because I’ve resented the last week or so if doing this solo, simply because I’ve been so exhausted. It’s hard to admit that, but rather than paint all the things in rose-colored hues, let’s be real. This military life is hard, and we all bear the burden of it in some way. That’s not to say the boys and I don’t have fun together though, and we do. A lot of fun. For example, yesterday, we decided to make the trip to the Northwest Trek Wildlife Park in Eatonville, WA. I keep seeing signs for it when I take the boys to swim lessons, so I figured it would be a fun Sunday excursion.

It’s not too far from Dupont and JBLM – only about 27 miles – but the trip is mostly backroads, which makes for a longer trip. Honestly, had I known it was so off-the-beaten-path, I probably would have had another adult go with us, simply because focusing on the kids and that sort of drive is hard. It’s in the direction of Mt. Rainier though, so it was kind of cool getting my bearings in that direction. 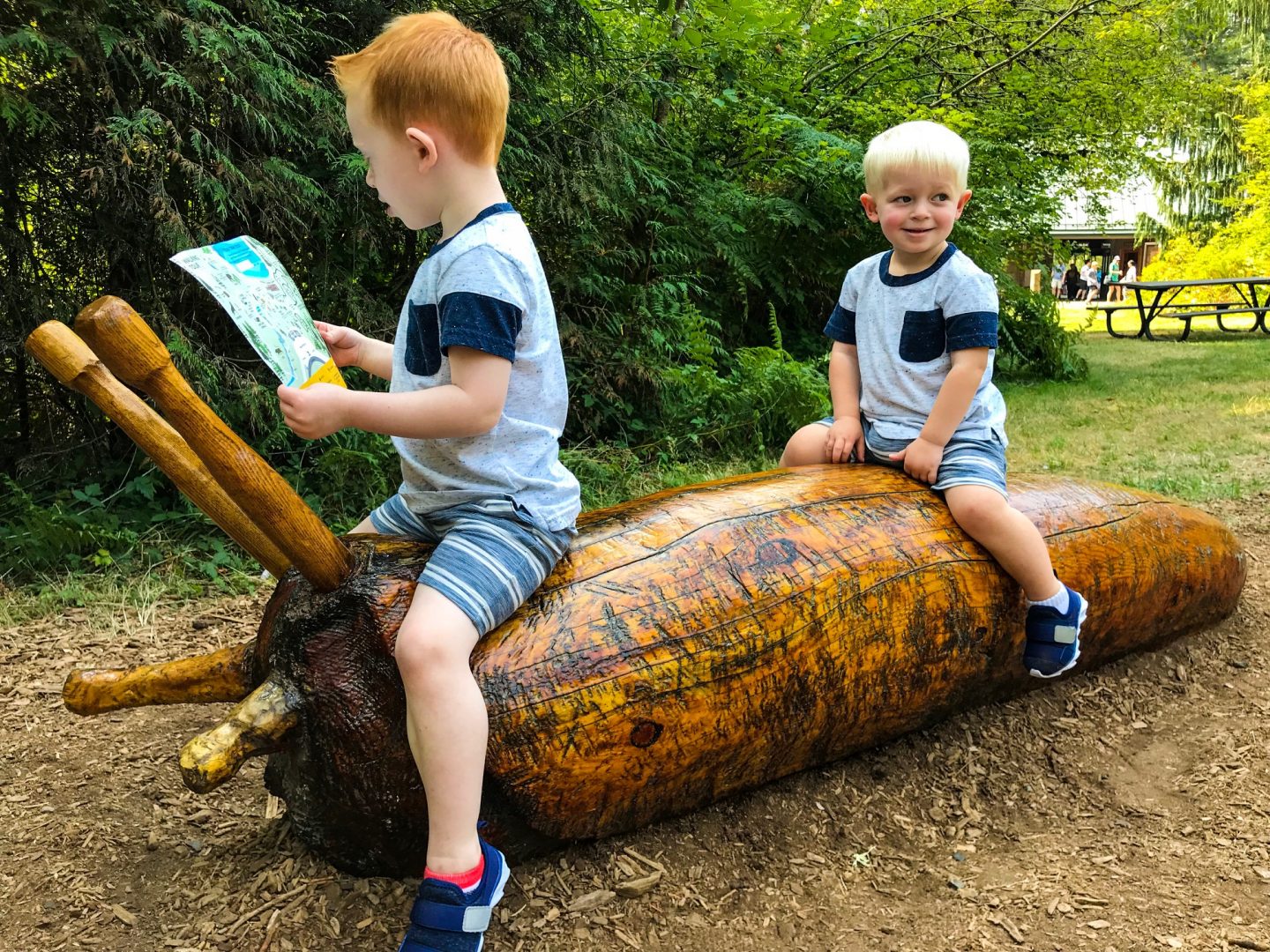 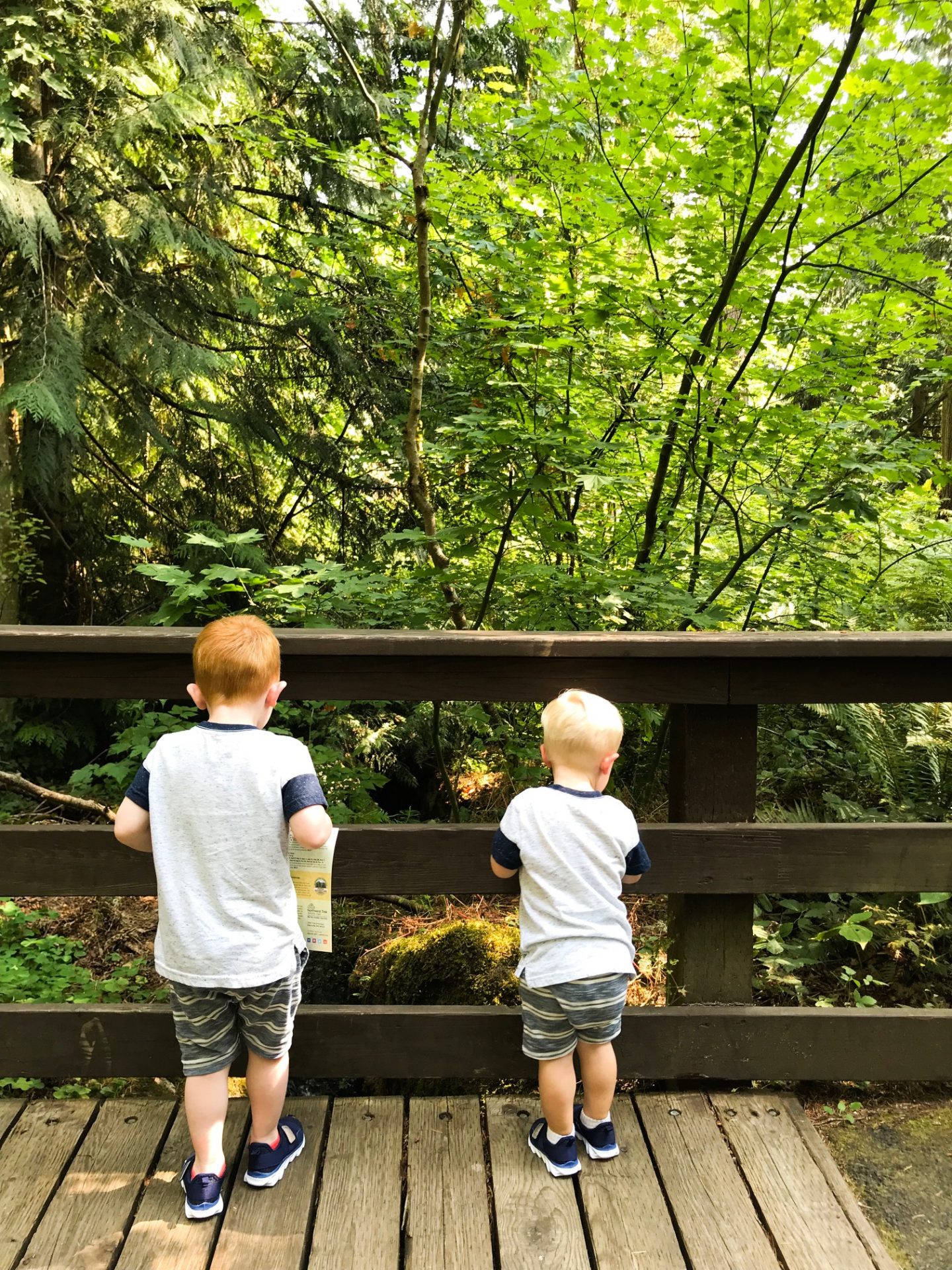 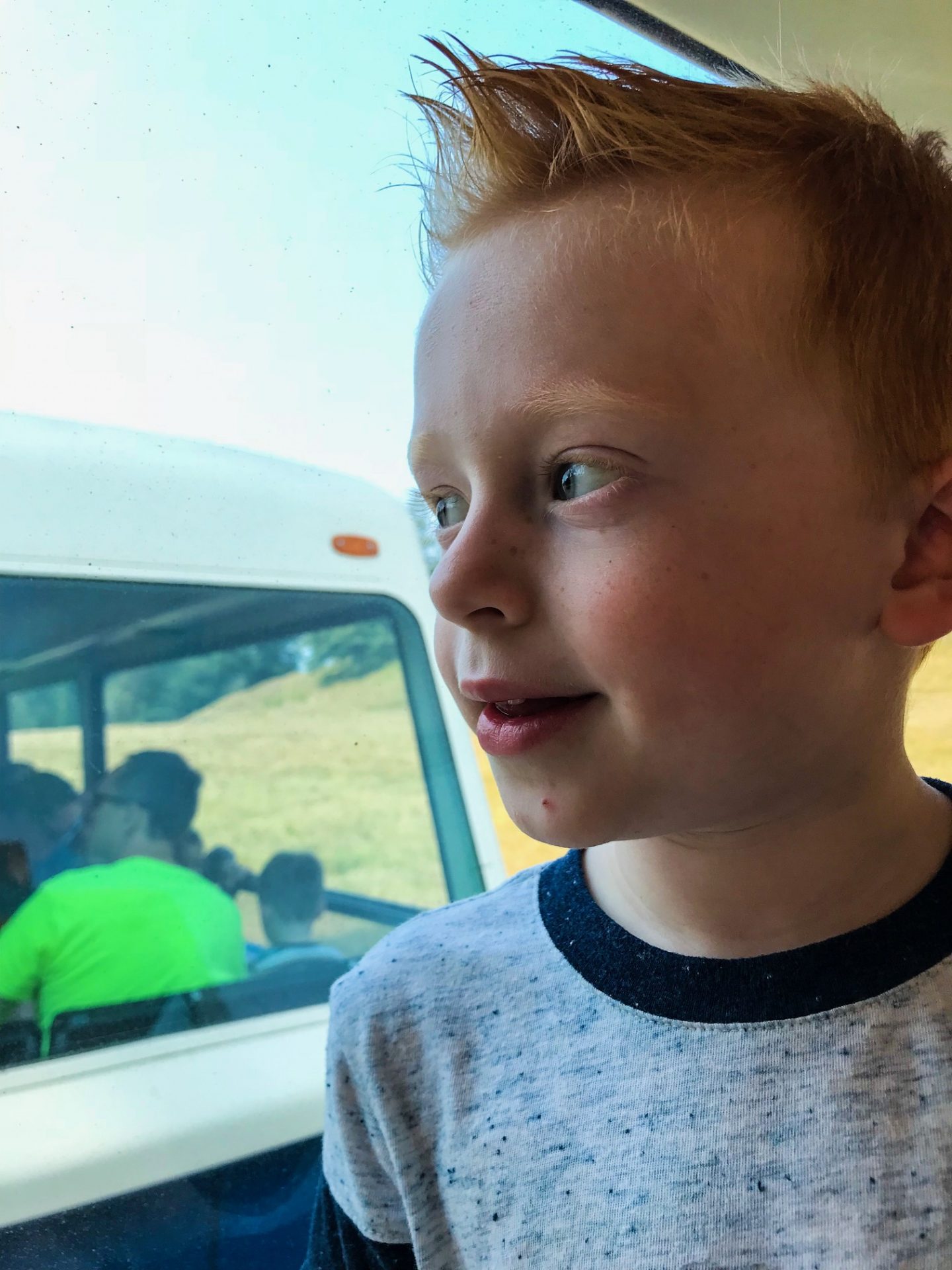 For some reason, I thought this park was going to be like our beloved Thompson Park Zoo back in Watertown, NY. I couldn’t have been more wrong. Northwest Trek Wildlife Park is an expansive, well-funded, beautifully-thought-out park designed to educate, familiarize, and intrigue, all of which it does well. The park is so large, in fact, that it has a tram, which takes you on an optional trek around the park on a nearly hour-long tour.

The boys and I opted to do the tram tour since we got a later start in the day, and I wasn’t sure how long they were going to want to run around. We had about 40 minutes to explore before our tram, so we ventured over to the predators’ exhibits where we saw a lynx, as well as a very large cougar taking a snooze in the far back corner. Like the little boys they are though, they were much more intrigued with the ponds, the fish, and the running water, and Spencer thought our map of the grounds was a treasure map, so he was in heaven. 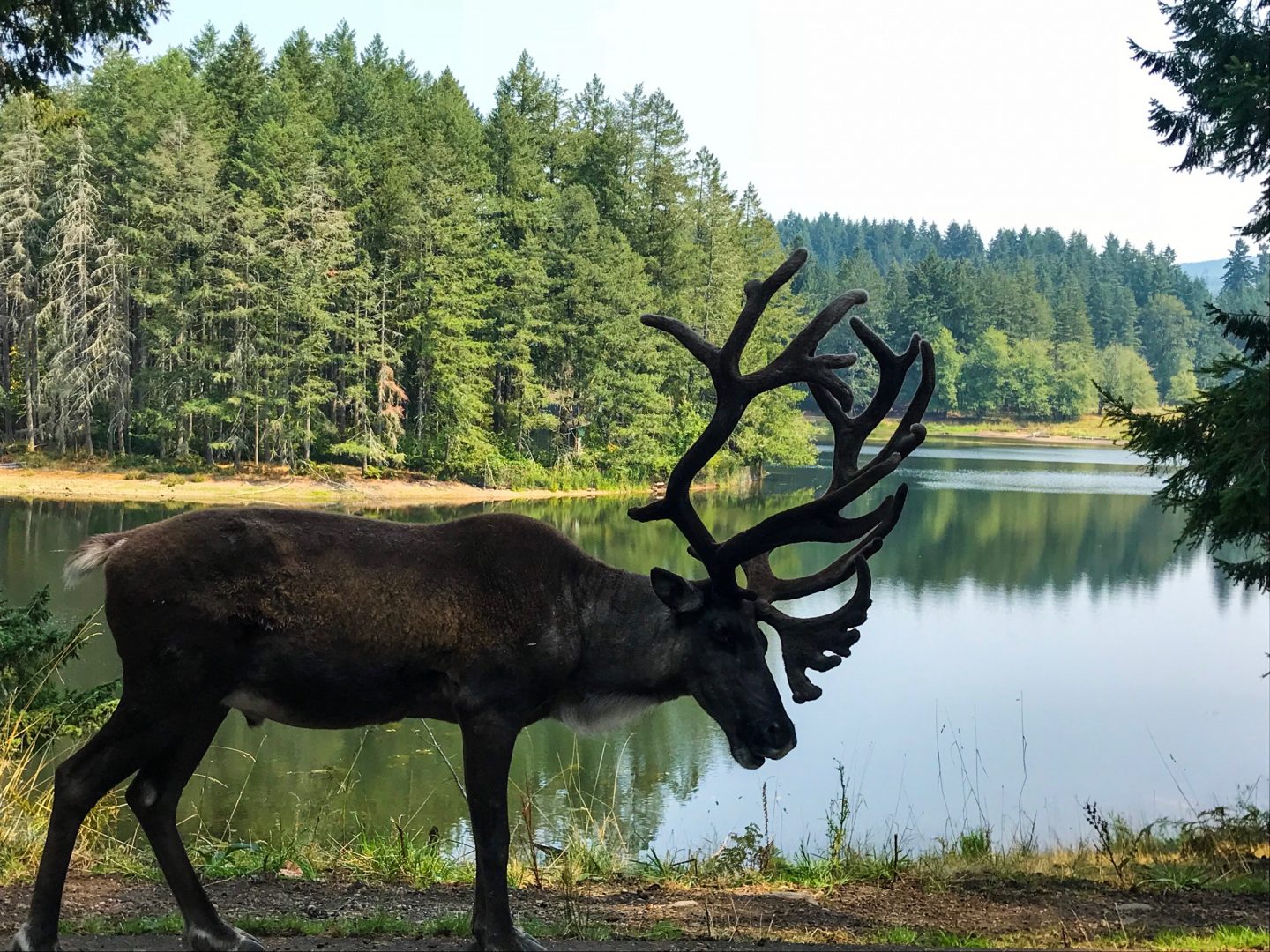 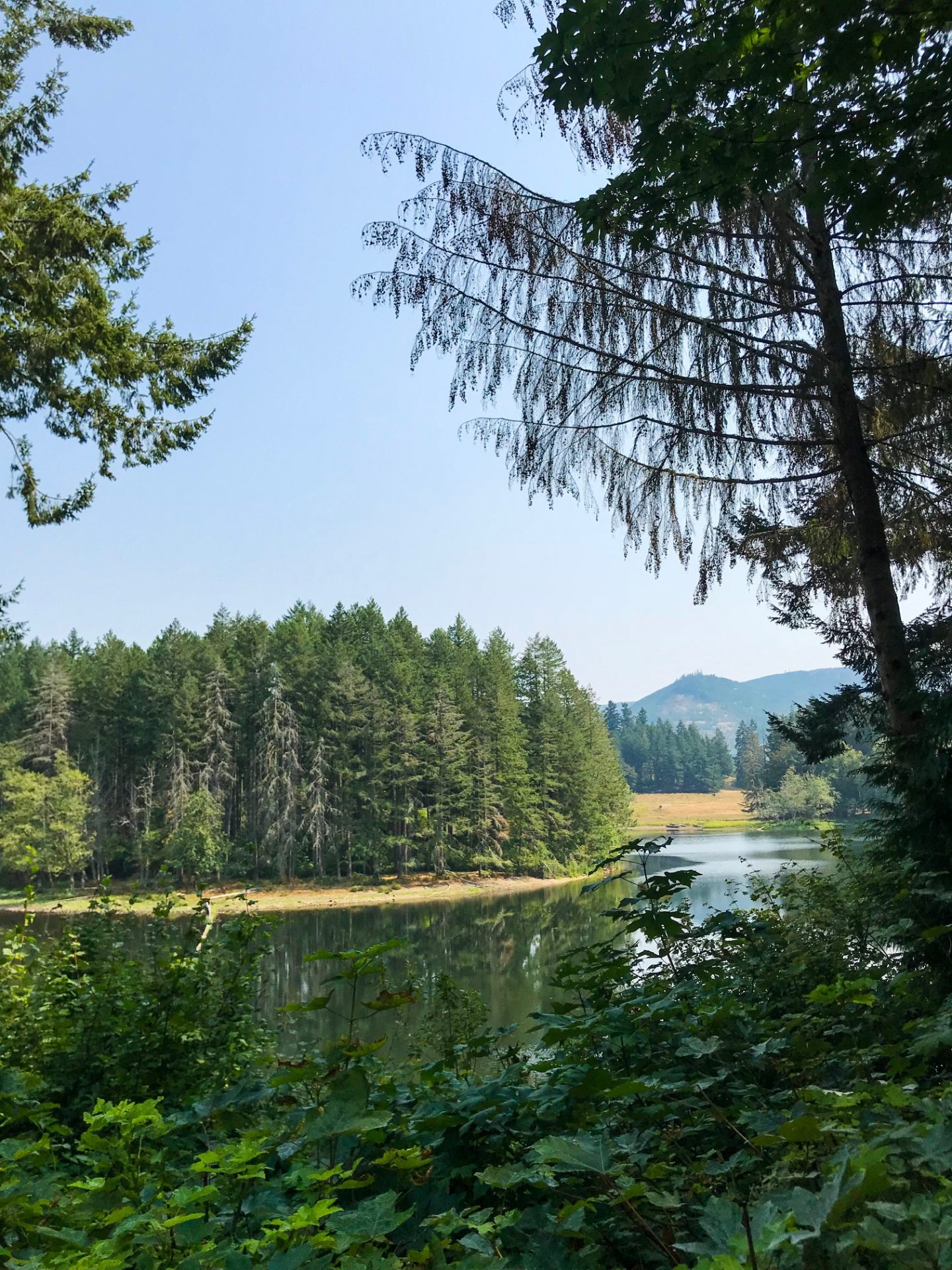 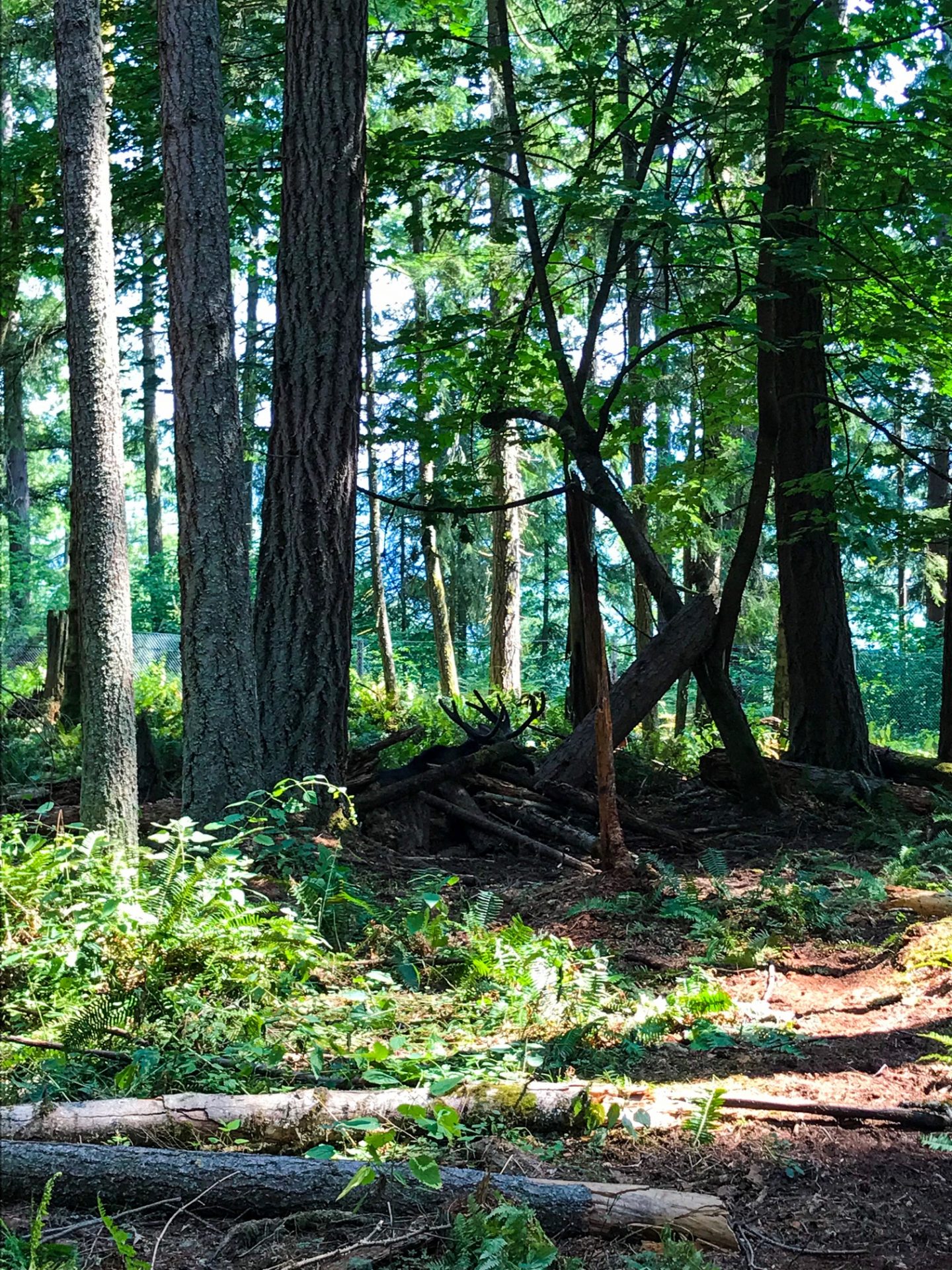 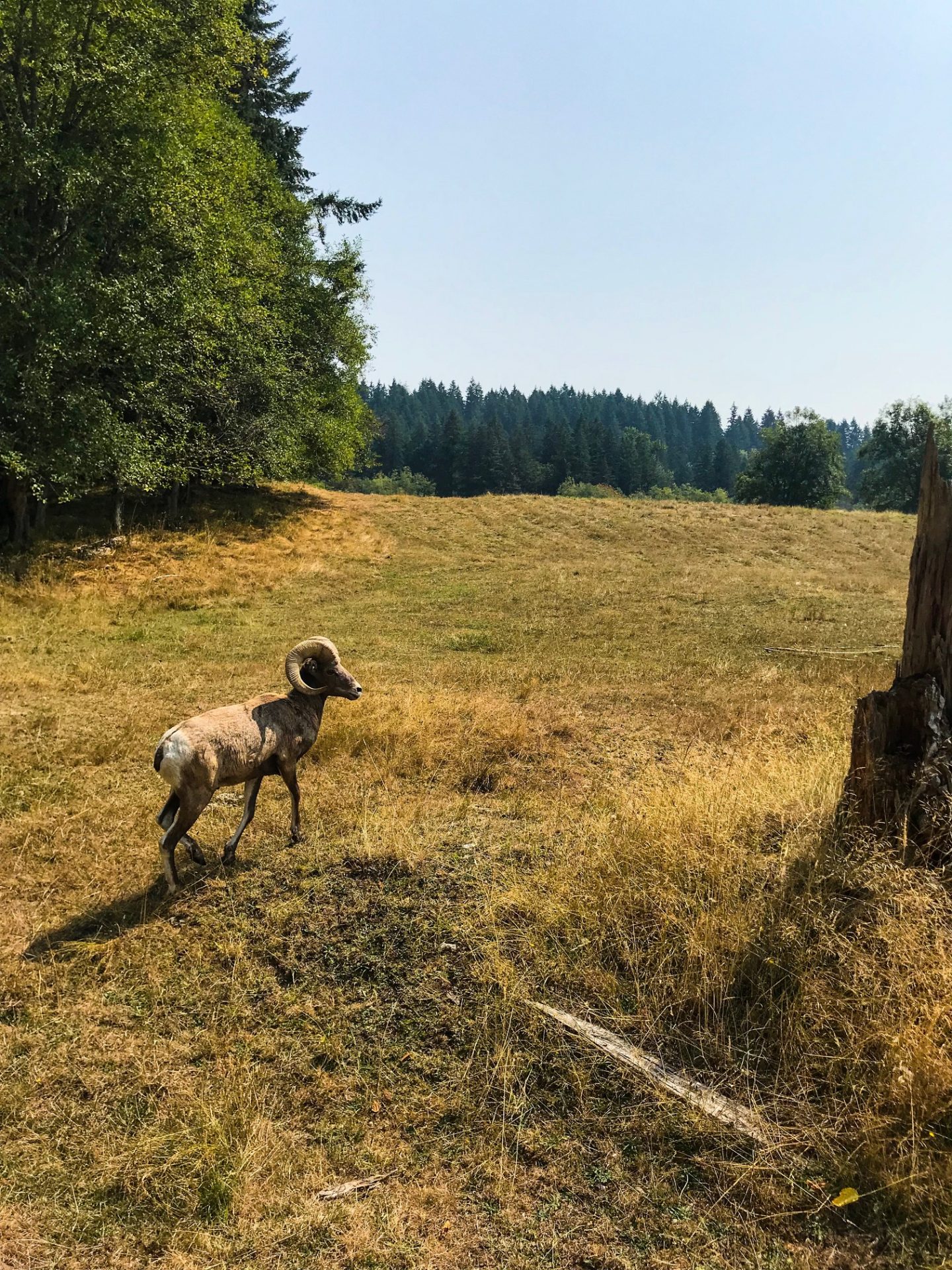 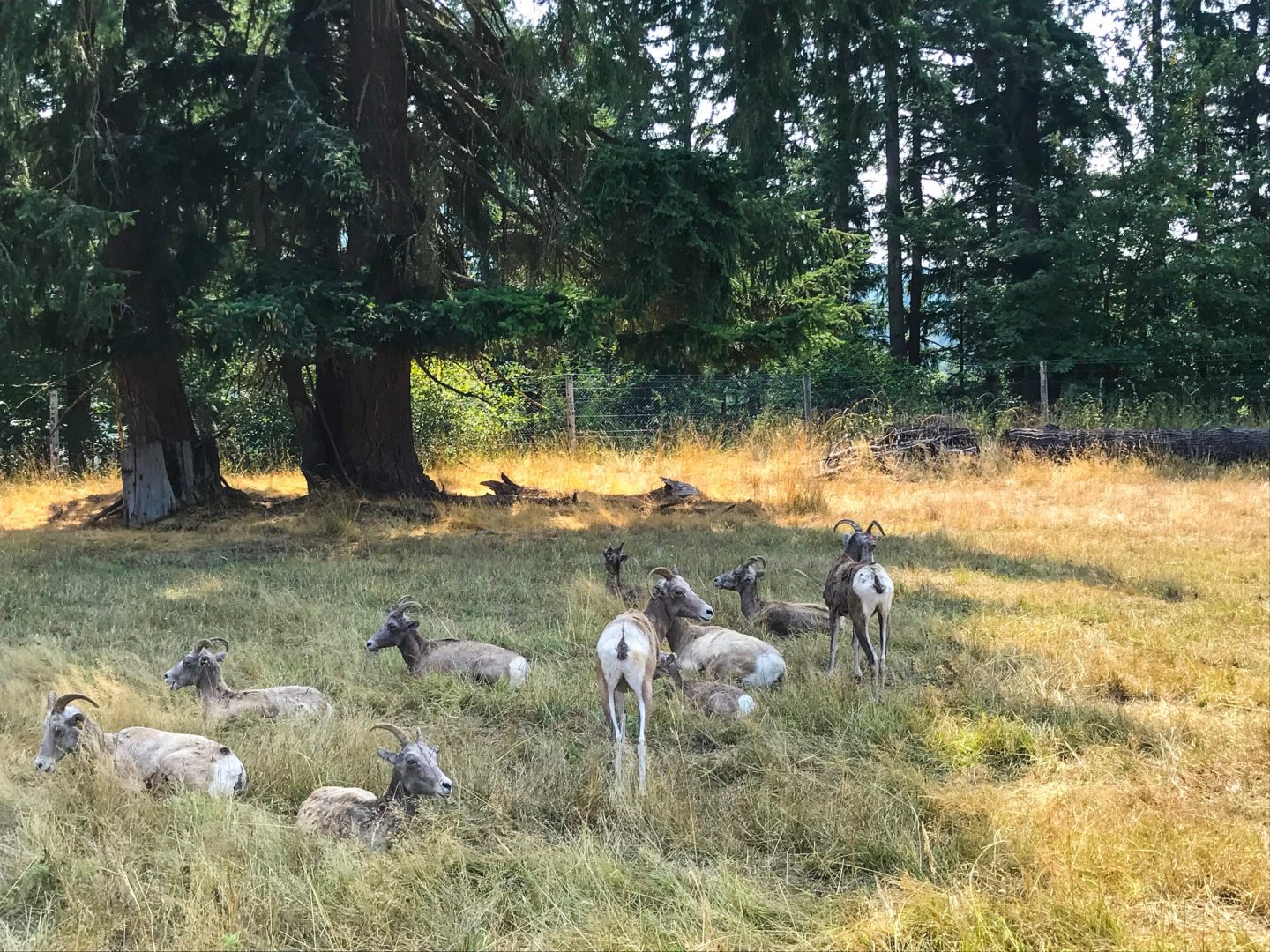 The tram ride, itself, was very well done. Though it’s in high demand, the seating was pretty spacious, and we were lucky enough to be in the back row in the middle, and all our fellow passengers loved kids. They were more than happy to accommodate handsy little toddlers, which was a relief to this mama. We saw big-horned sheep, bison, elk, caribou (who were very friendly, swans, moose, and more. The predatory animals are obviously enclosed. All predatory animals onsite are there for rehabilitation purposes. Some were orphaned, others were injured, and some simply can’t live in the wild anymore. These animals have so much space here, and I love patronizing places that work heavily with conservation. 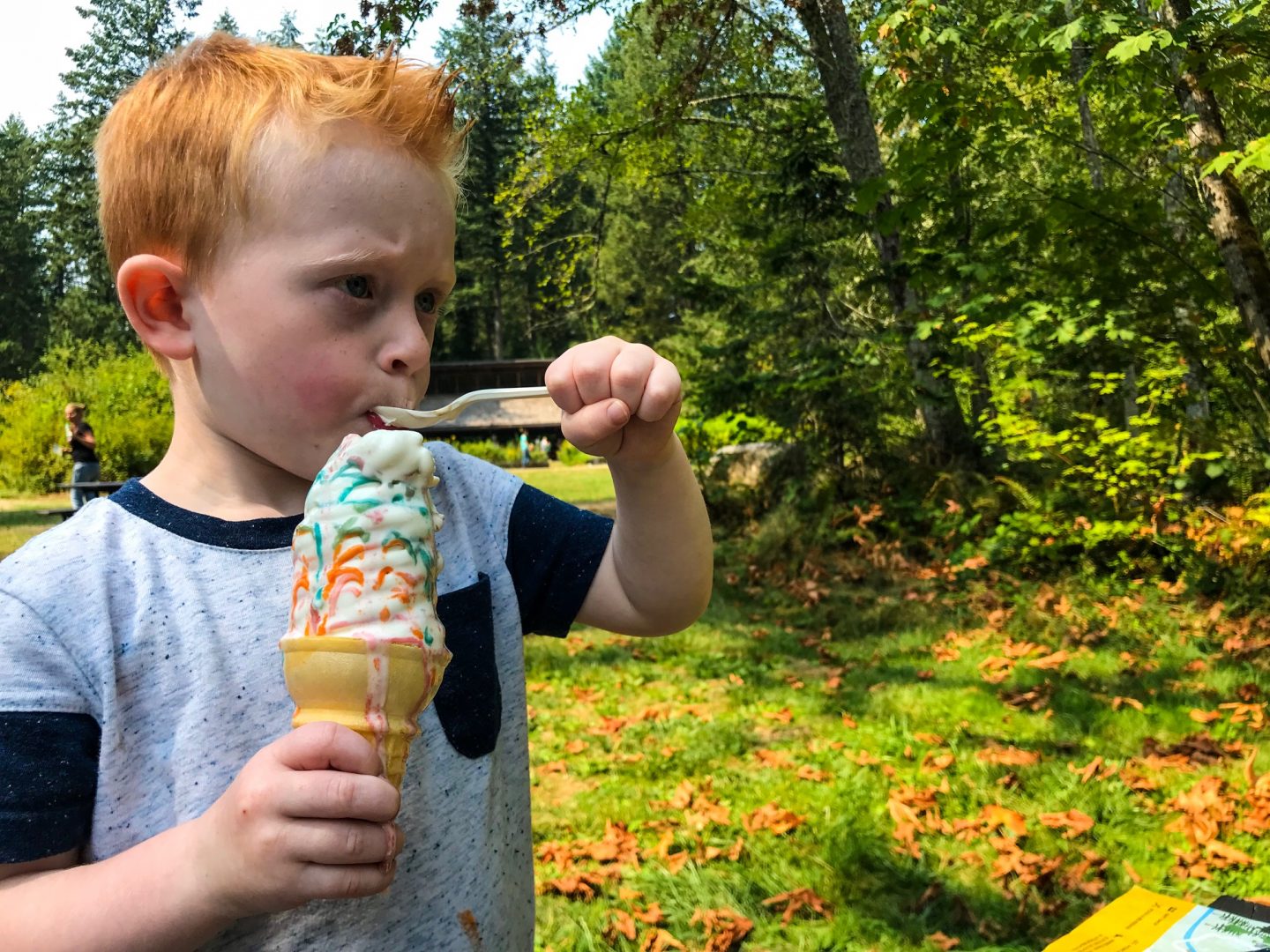 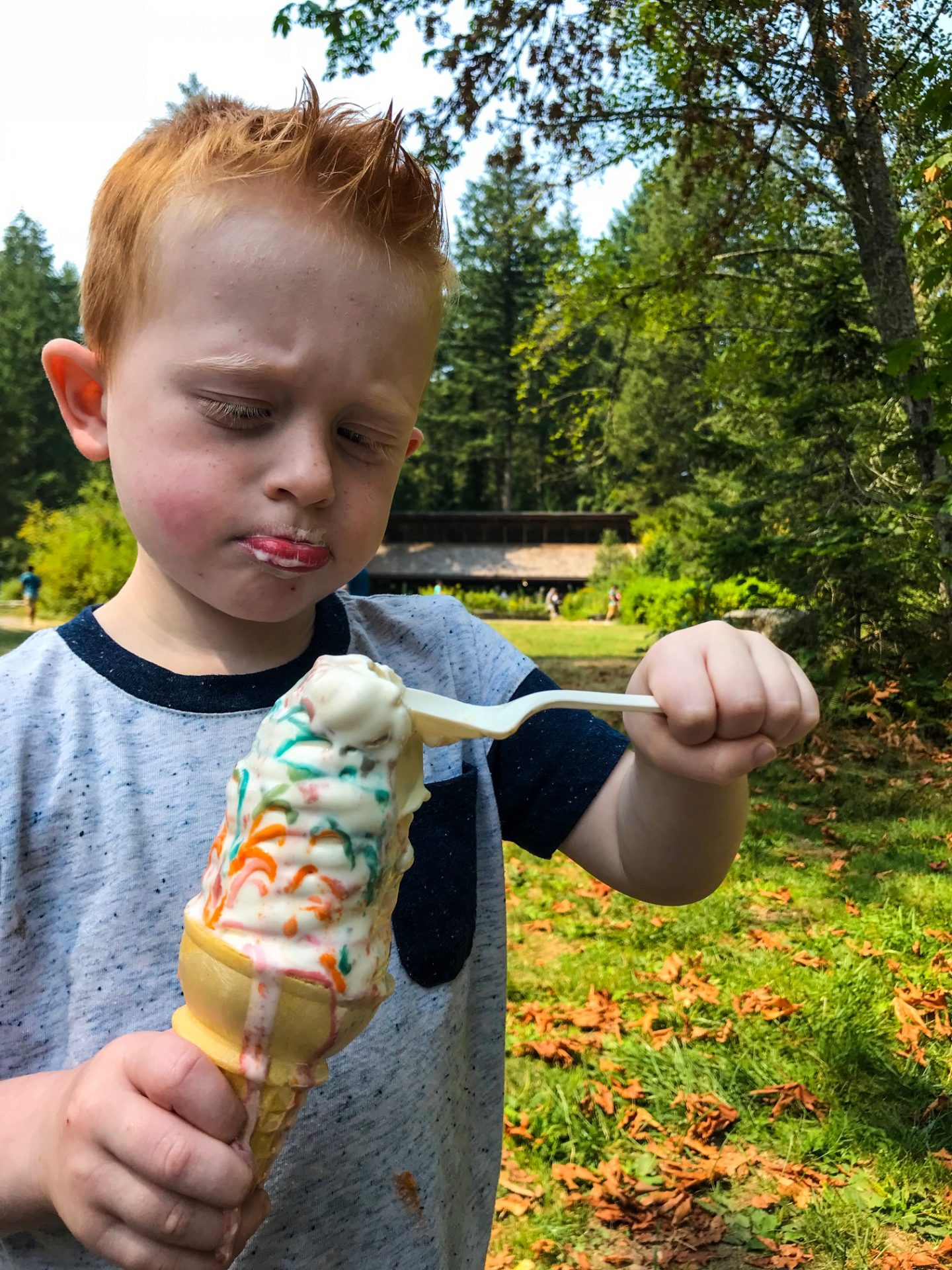 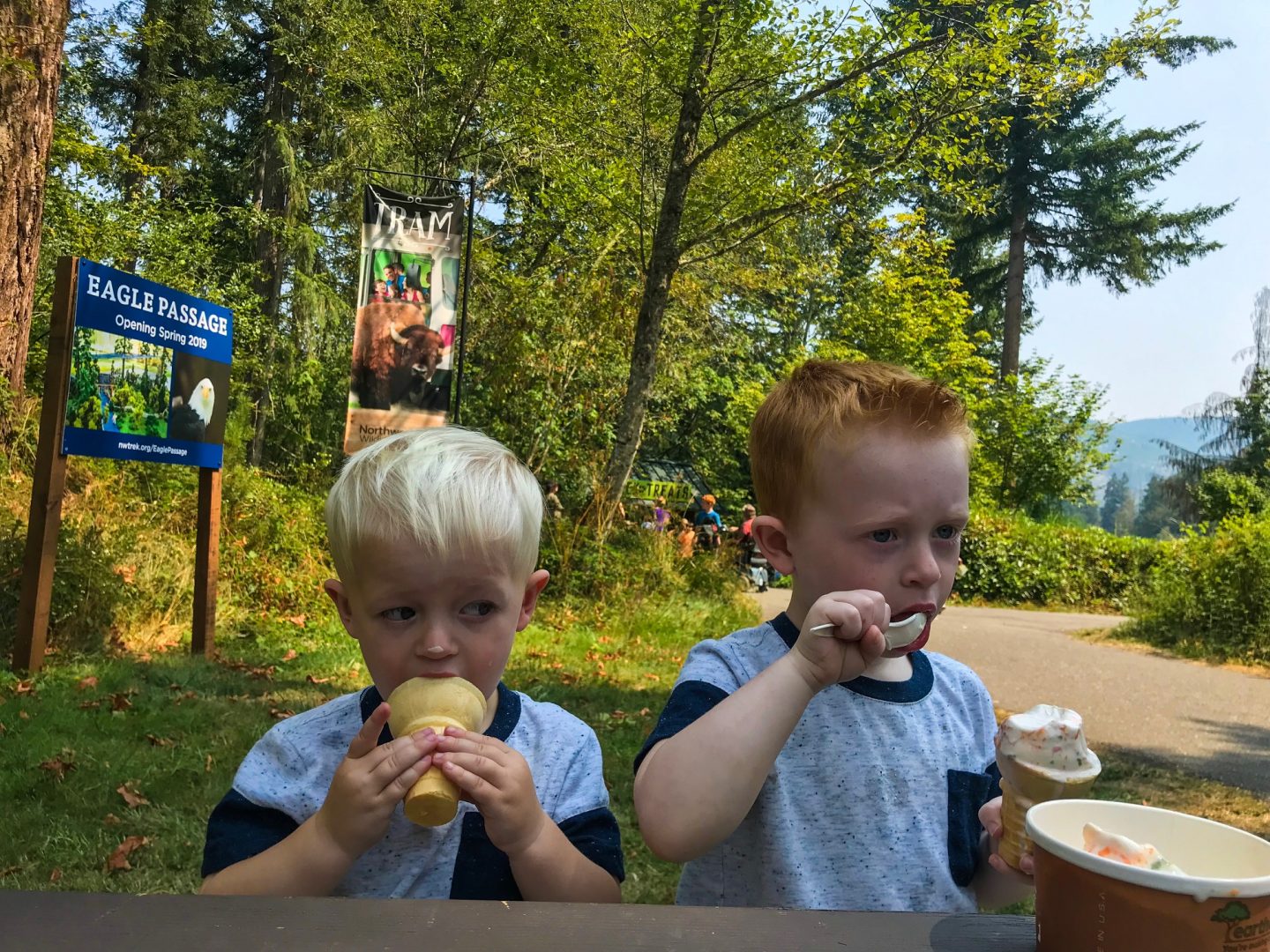 We’d hoped to make our way over to the Kids’ Trek area where there’s a splash pad, climbing area, and more, but after a stop for a delicious frozen treat, the boys were done. It was hot, it was after nap time, and they called it quits on mama, so we packed it in and headed home. Here’s a mom win, too – they were asleep the whole drive home. We’re definitely going to have to go back once Ryan’s home though because I think they’d have a blast at the play area.

A few tips if you think about heading to the park

Do you like visiting nature reserves or local zoos? What’s been your favorite that you’ve seen?