I honestly can’t believe I’m already typing up this post. It feels like just yesterday that I announced we were expecting our third little Moore, yet here I am, 20 weeks pregnant and halfway there! Time is flying, and I’m fairly certain that it is, in large part, simply because we’re so busy with the boys, work, and another deployment. Add in the holidays before baby, and we’re looking at a flurry of nonstop activity from now to nearly the finish line, so I’m sure things will only move faster as we go.

I had my 20 week appointment with my OB yesterday, and I’m scheduled to have my routine 20 week ultrasound this coming Monday. We’re excited to see the bean again and, hopefully, confirm the gender so we can officially start preparing for baby Moore’s arrival. I am, however, going to be switching OBs again, much like I did while pregnant with Porter, simply because I’m unhappy with the standard of care. Mamas-to-be, I can’t tell you enough how important it is that you’re comfortable with your doctor. I’ve decided to switch the a birth center that’s a little further away but much more personalized. But that’s neither here nor there…here’s a little update on how baby and I are doing! 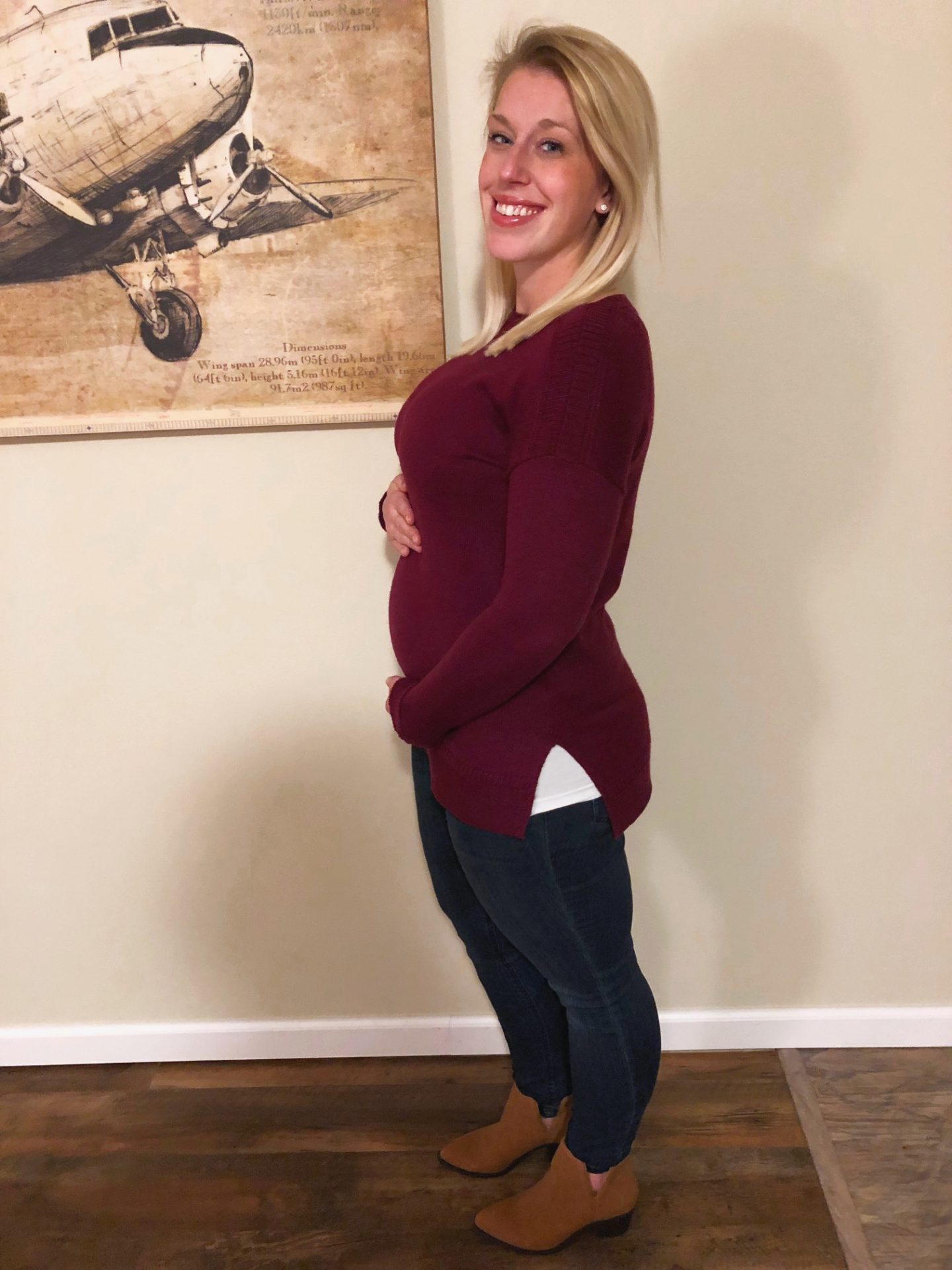 What we’re most excited about // Seeing this babe’s sweet face on the screen again next week and confirming the early ultrasound we had at 13 weeks! I’m also just so excited to show a bit more so Spencer and Porter better understand and see that a baby really is coming. I mean, it’s kind of debatable right now whether I’ve just let myself go, or if I actually look pregnant.

What we’re least excited about // This is kind of a mixed bag. I’m not excited about having to process my records to my new birth center, and I’m not thrilled about giving birth alone. For the most part though, I’m fairly content about the whole thing, and I think Ryan can probably say the same, as well.

Movement // So, for the longest time, I felt nothing. Like, literally, no flutters, no pops, nothing. I was actually pretty worried, but it turns out that I have an anterior placenta, which “muffles” the movement of baby. As we discovered via doppler today, baby’s in there doing barrel rolls, and I’m finally feeling tiny flutters and petite kicks. So much for that mellow baby I was hoping for, eh?

Symptoms & how I’m feeling // After being so sick my entire first trimester, I was pretty certain I’d never start feeling better. I turned a corner right around the end of 17 weeks though, and I’m feeling pretty great now. I always have to go to the bathroom, and I get dehydrated pretty quickly, but other than that, I’m feeling really healthy. Plus side, I’ve only gained three lbs total, and I think that’s because I started this pregnancy a bit heavier than I’d wanted.

Cravings // Still mostly sweet, though I’ve definitely started craving some of the foods I wanted while pregnant with Spencer, as well. I really like everything bagels with cream cheese and tomato again, but I get full fast.

Things we’ve purchased // Honestly, not much. Cheryl and Ryan’s other cousin, Amanda, said they hope to throw me a baby shower, which is too sweet, and I’ve been waiting to have things confirmed at our 20 week ultrasound before buying too much. It must be said that very little survived the boys though, so either way, we have to purchase most things new. We have a crib haha that’s about all that made it through. 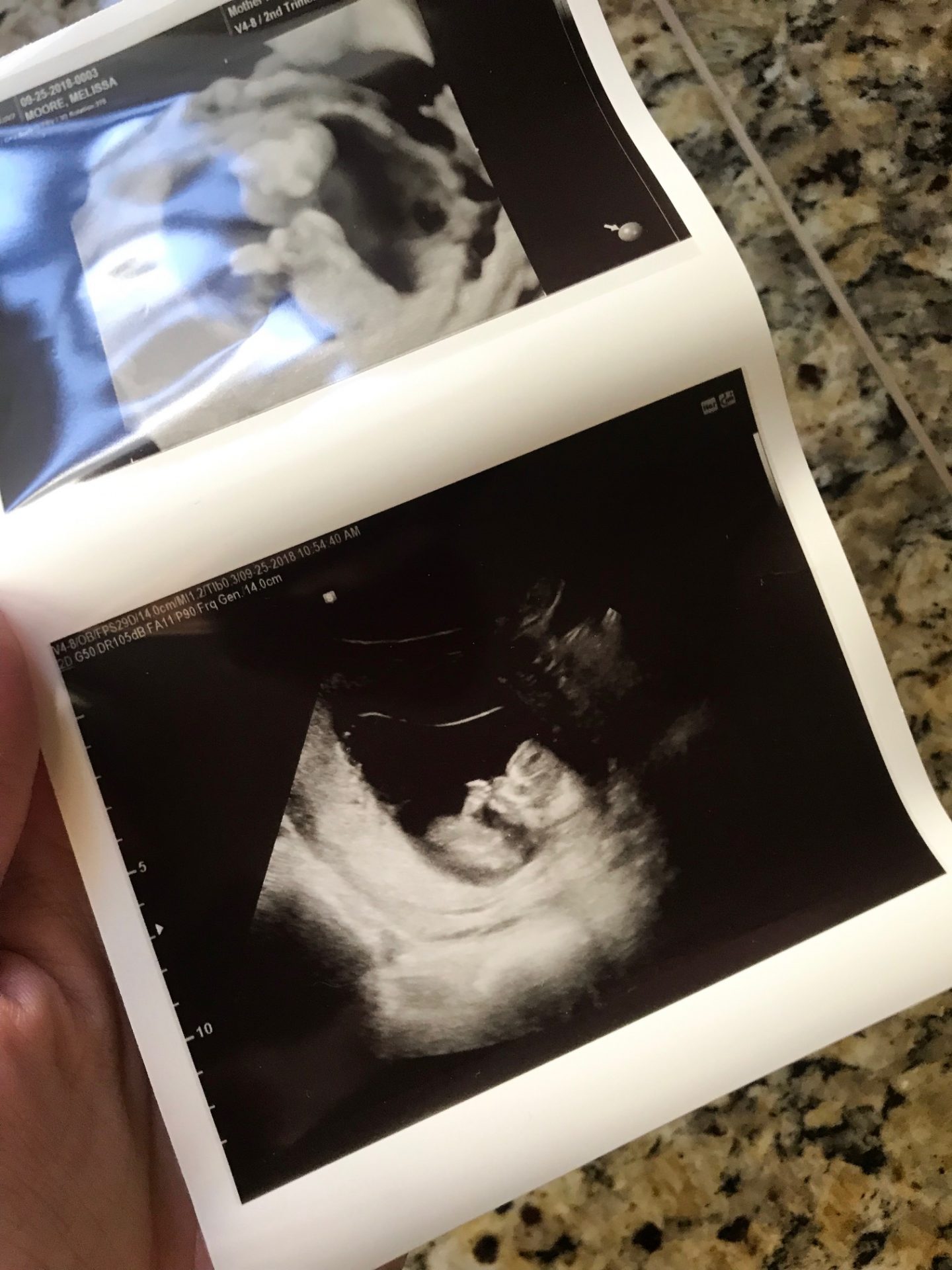 Overall, things are going very smoothly besides the hiccup with my OB and switching to a birth center. I feel really good about the decision though, so I’m fairly certain that only good can come from it. Because Ryan won’t be here until after the birth, I’ve started creating a bit of a “birth plan” unlike my prior two pregnancies. I’ve been trying to get my people in place, just in case my mom hasn’t arrived yet. She’s planning to be here a week before my due date, but just in case, I’ve been lining people up to get me to the birth center, watch the boys, etc. It’s definitely different with that wrench in the occasion, but I’m sure things will work out the way they should. All in all, cheers to the halfway mark!