Oh, what’s up, Monday? It’s been downright chilly here the past couple days, and as I mentioned on Friday, we didn’t have big plans ahead of us for the weekend. Since Spencer spent most of last week sick, we didn’t plan anything big. Instead, we had an eventful weekend of flu shots, a little dinner with our friends, the Linenfelsers, who moved here from NY a few months before us, and everything else was gravy. We also had high hopes of making it to church this weekend. Spoiler alert: we succeeded! We made it and stayed for sacrament, then we were all pooped and headed home.

We were a bit wary of getting the boys’ flu shots because they haven’t had/needed shots in a while. Spencer’s old enough to get his in his arm now, and Porter’s was likely his last in his chunky little thigh. Seriously, weren’t they just babies? But I digress. We chose to get their flu shots because I got hit hard with the flu last year, and it’s just not worth the risk. They had zero reactions, they handled the shots with very few tears, and we got them celebratory ice cream afterwards. I mean, don’t these look like the happiest boys? 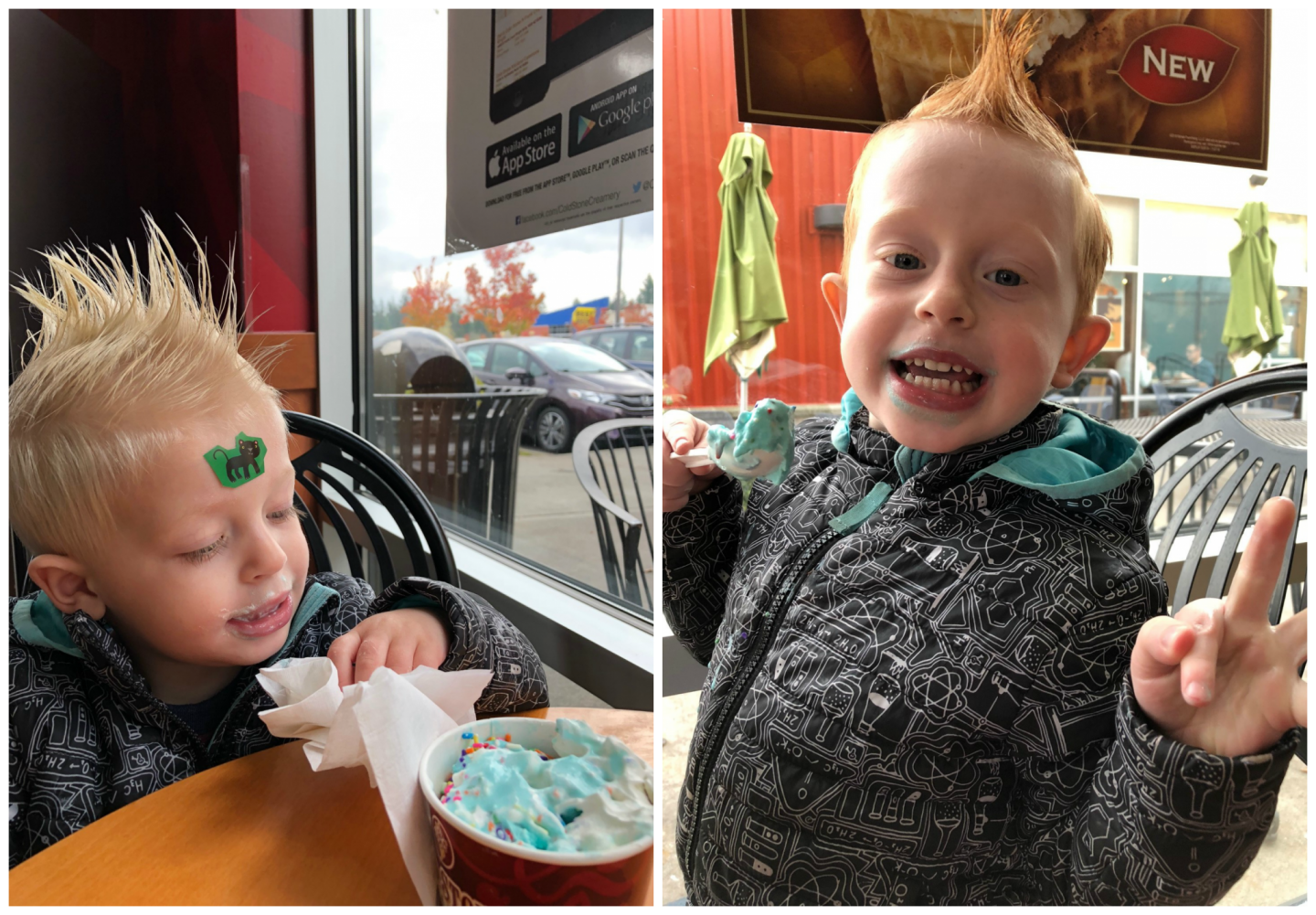 Sunday morning was spent “sleeping in”…I say that sarcastically because in the weeks, months and, heck, even the years before Spencer was born, I could easily sleep until 10 AM. We like to refer to those years as B.S. And yes, we mean it. Nevertheless though, we slept in, and we managed to get ready in time for church. Our church sacrament meeting is at 11 AM, so we had plenty of time to get dressed, get ready, and spend some time being lazy in the process. As an aside, I needed to get the boys some new shirts and pants since they’re growing like weeds, and Old Navy has an amazing sale right now. They looked adorable. My dress is from last year from Piper & Scoot. I adore their dresses, in particular, because they fit before, during, and after pregnancy, and they’re such good quality! Even though it was chilly, I had to document that I do actually try from time to time. 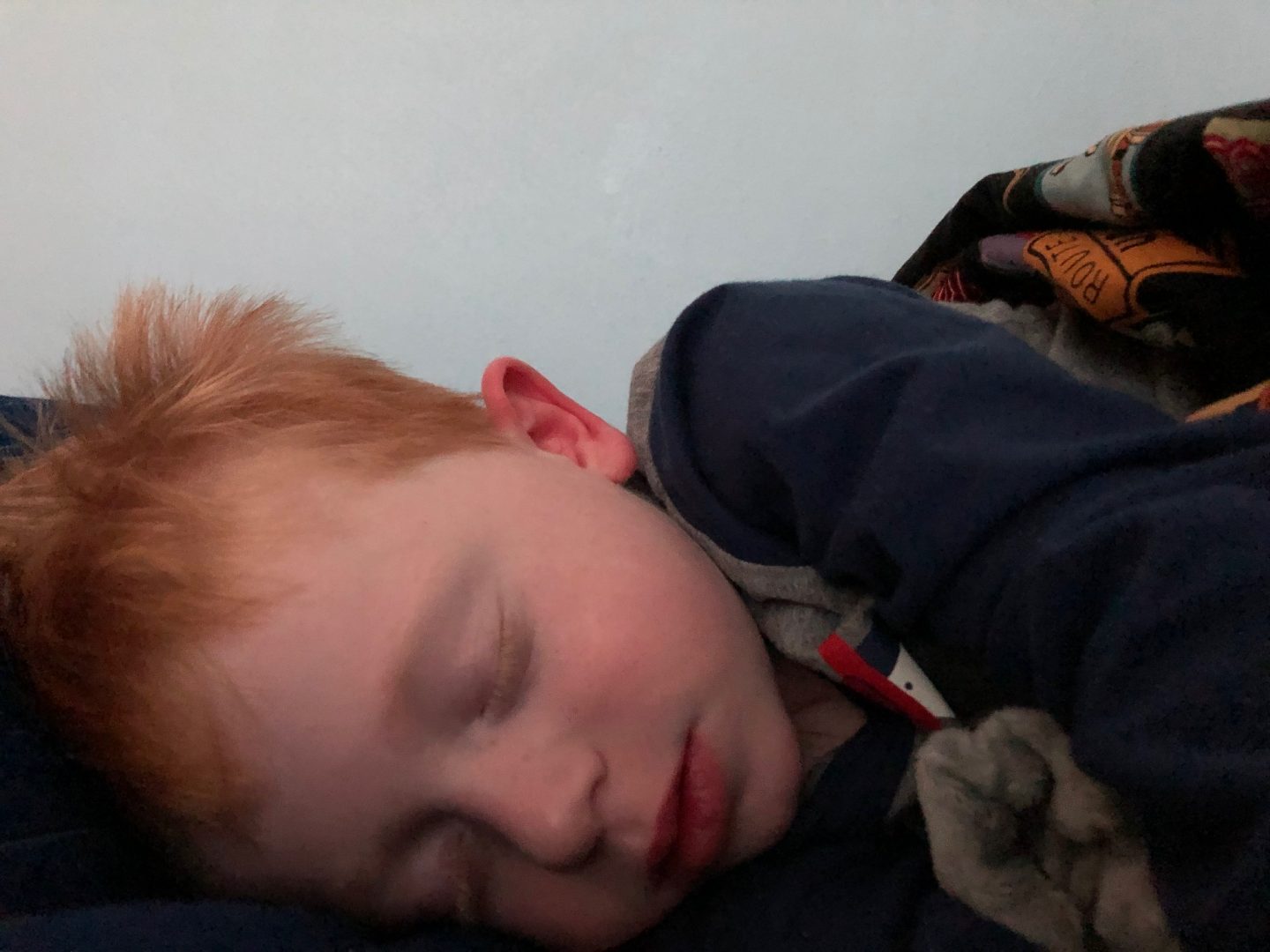 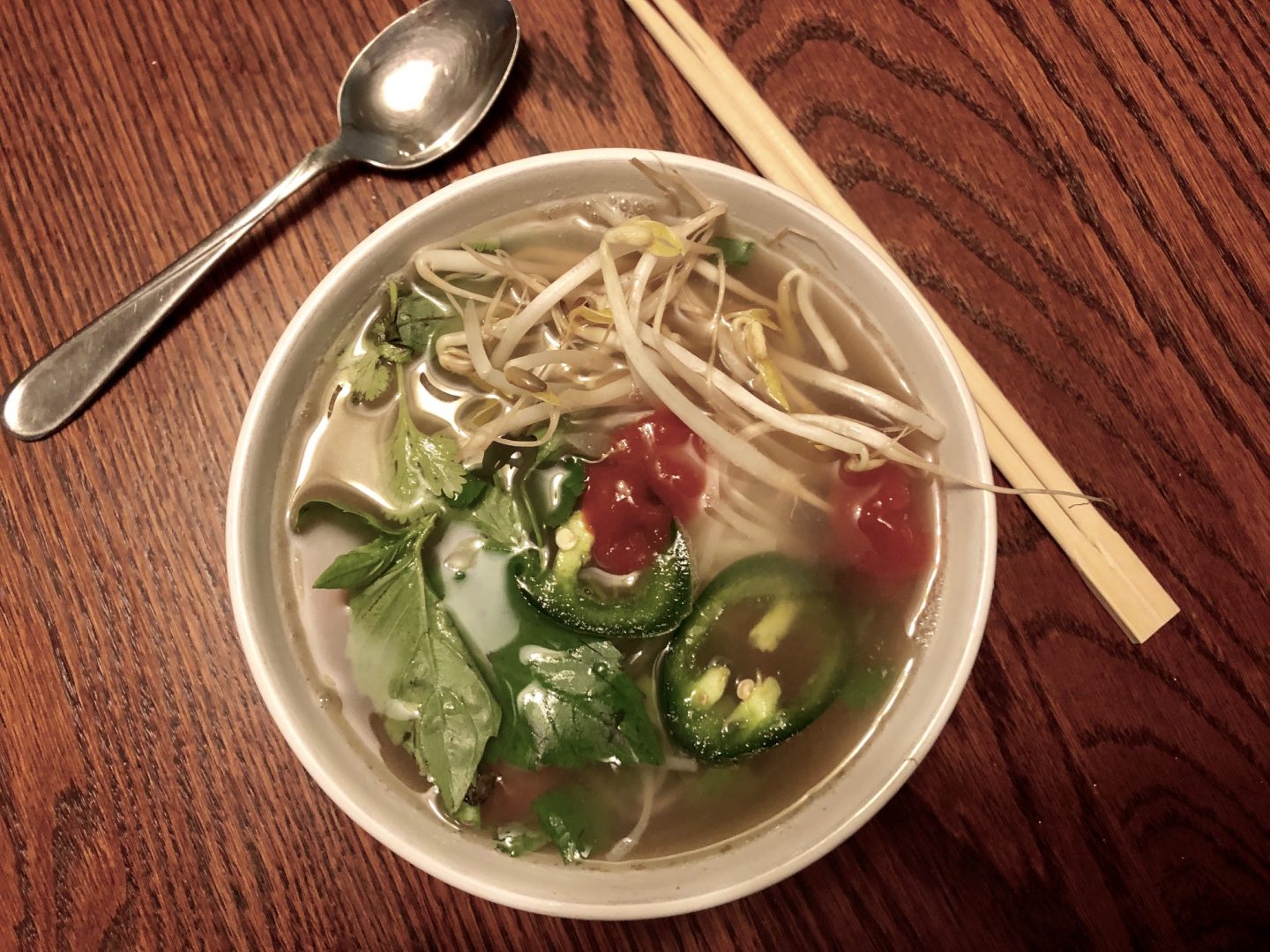 Other than that, our day was spent with naps for Spence, Port, and yours truly, takeout pho from Hot Ginger because it’s delicious on a chilly night when everyone’s just a tad under the weather, and chasing two tiny humans around the house. It wasn’t the easiest or most adventurous of weekends, but it was another one that we got to spend together, and I’m grateful for that – and for the fact that we had our favorite Veteran home with us this year. It doesn’t get better than that 🙂