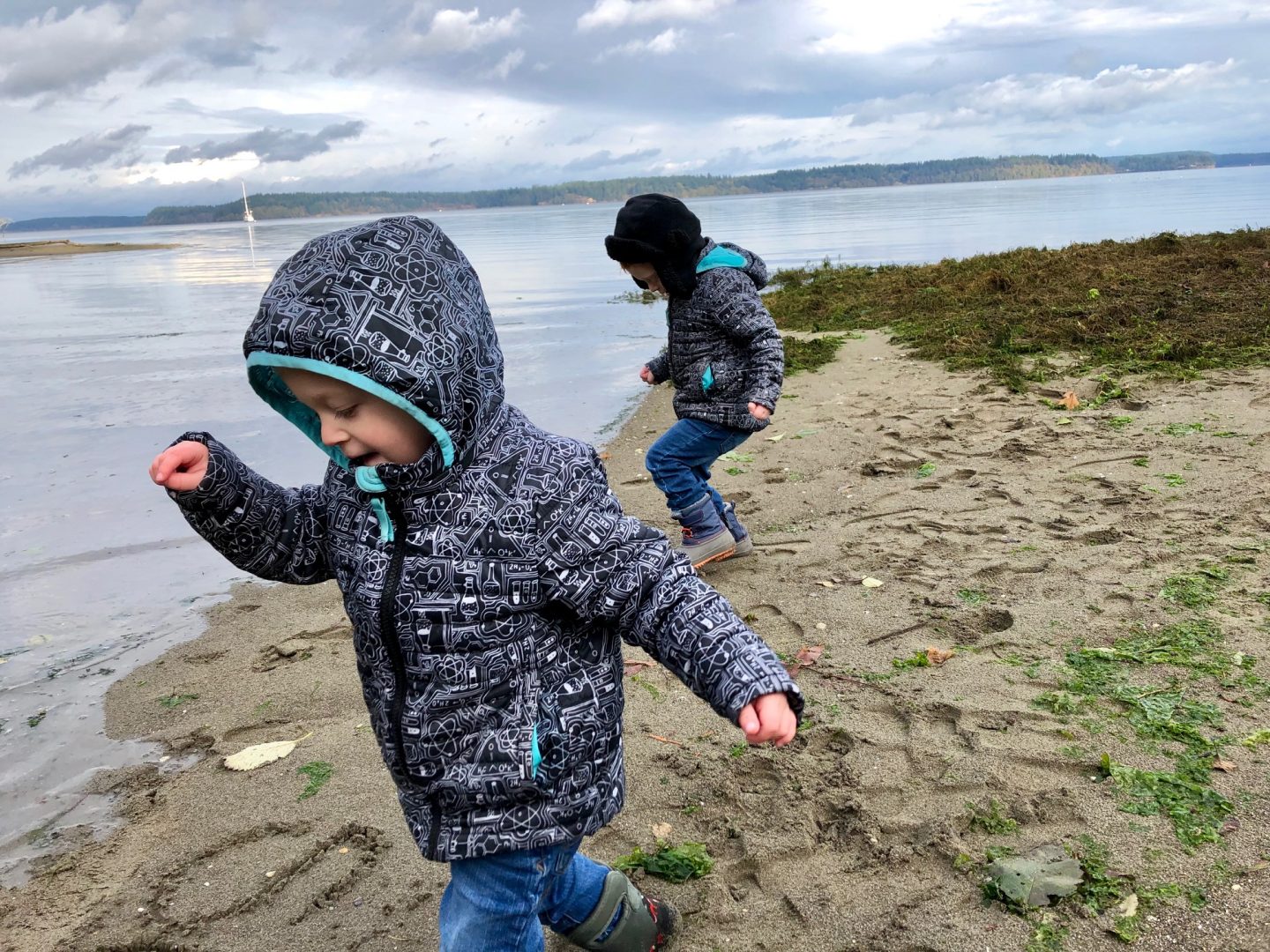 After the hustle and bustle of the days and weeks leading up to Thanksgiving, I think I can speak for both Ryan and myself when I say that we were extremely grateful for a quiet end to our four-day weekend. Ryan’s parents, sadly, had to head back to Utah on Friday morning due to an impending snowstorm, but it was wonderful to see them for the time they were here, and the boys were in heaven with their other set of grandparents. Though we did and accomplished a lot both Saturday and Sunday, we managed to take the time to focus on us, our time together, and really just soak it all in, which I think is equally important.

As we get closer to Ryan’s next deployment, it gives me pause in several regards. First and foremost, his boys are significantly older than the last time he deployed. Porter was just eight months old, and Spencer was barely over two. This time, Spencer will be four, and Porter will be two and a half. They’re so cognizant of Ryan’s comings and goings, and it’s both a good and scary thing. It means that we really need to savor the time we have before it’s up. On the other hand, there’s that subtle fear in the back of my mind of Ryan missing so much of this third baby’s first year. In fact, I’m less scared about giving birth alone than I am about his missing those moments. 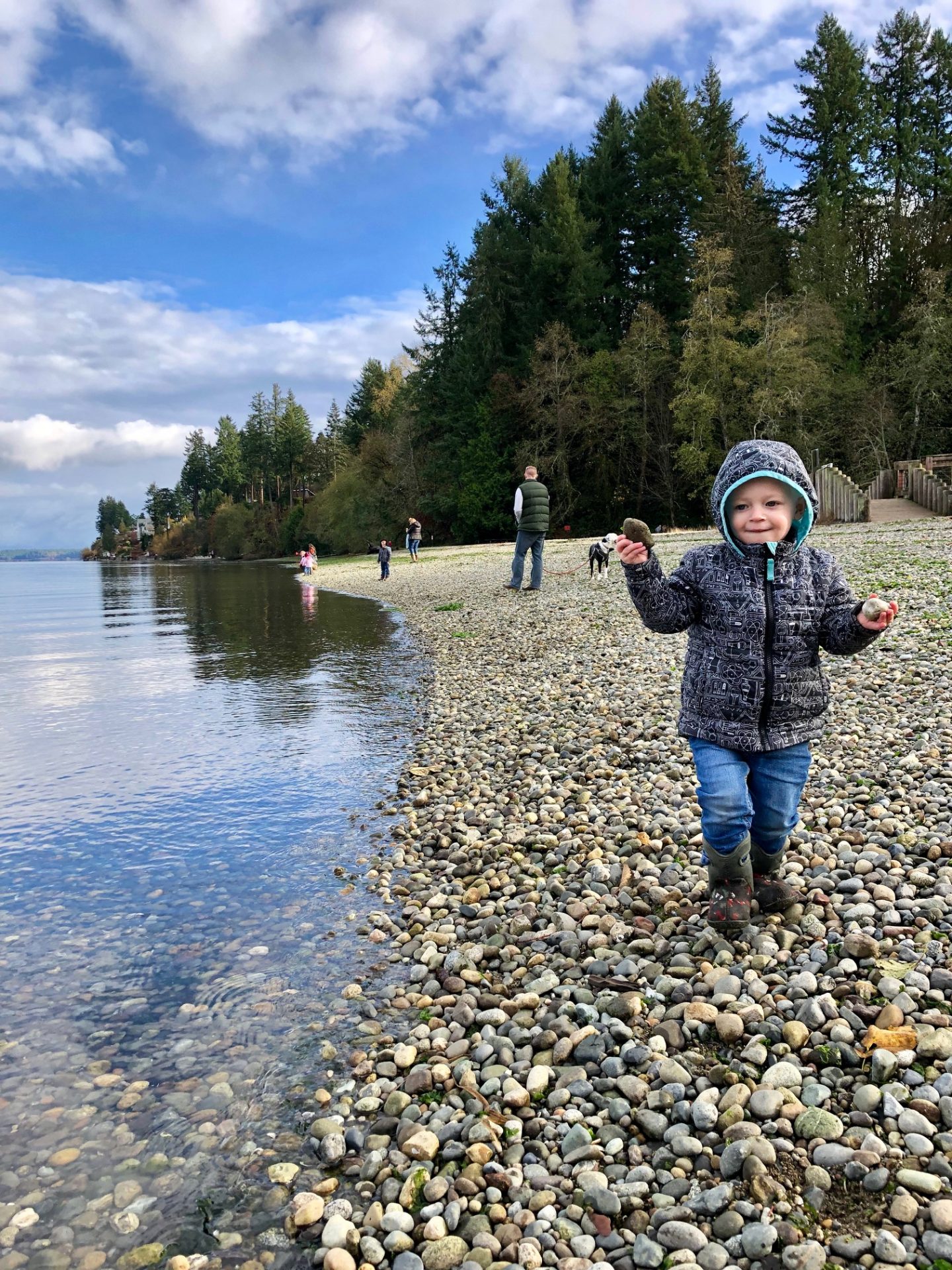 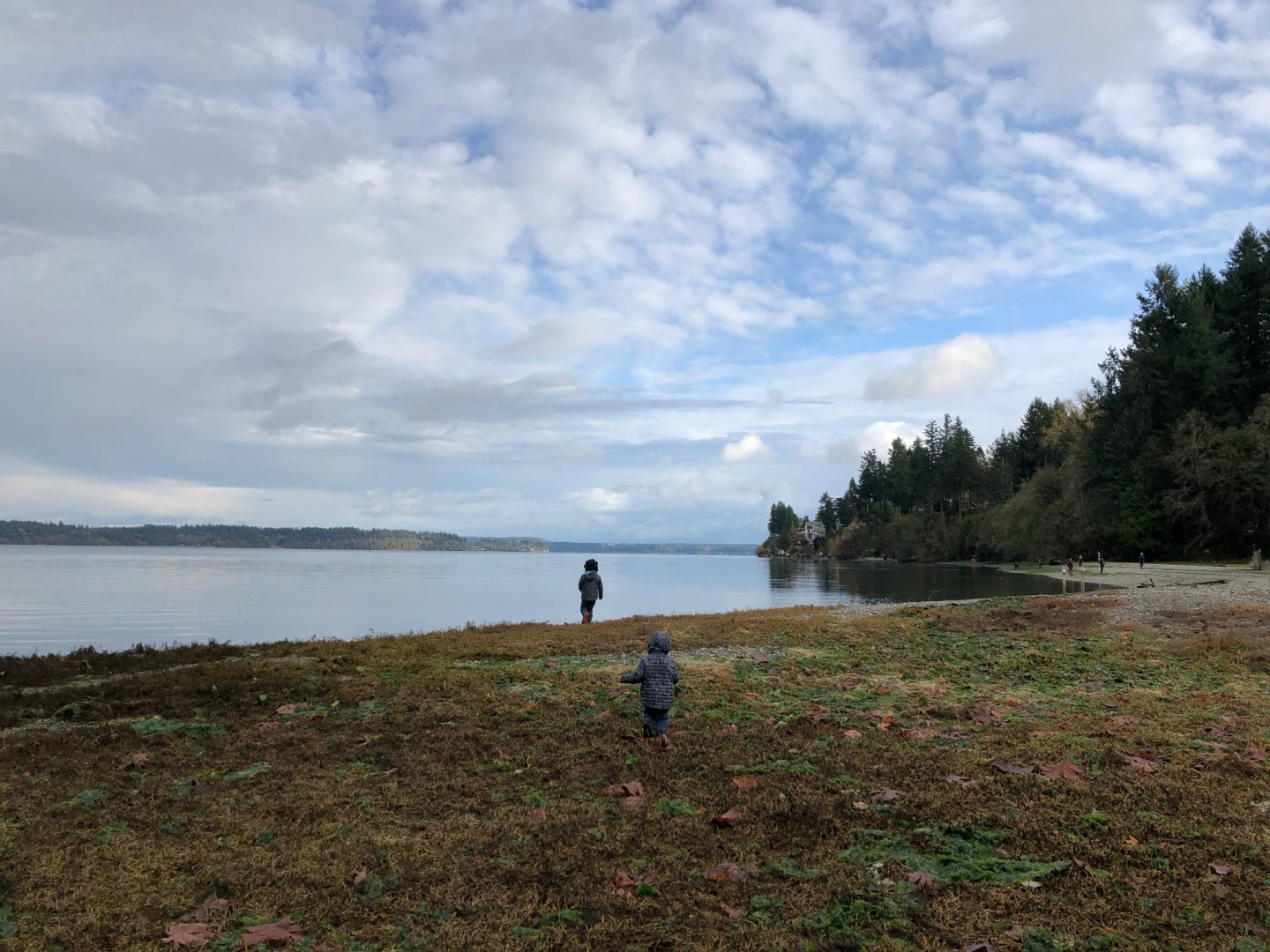 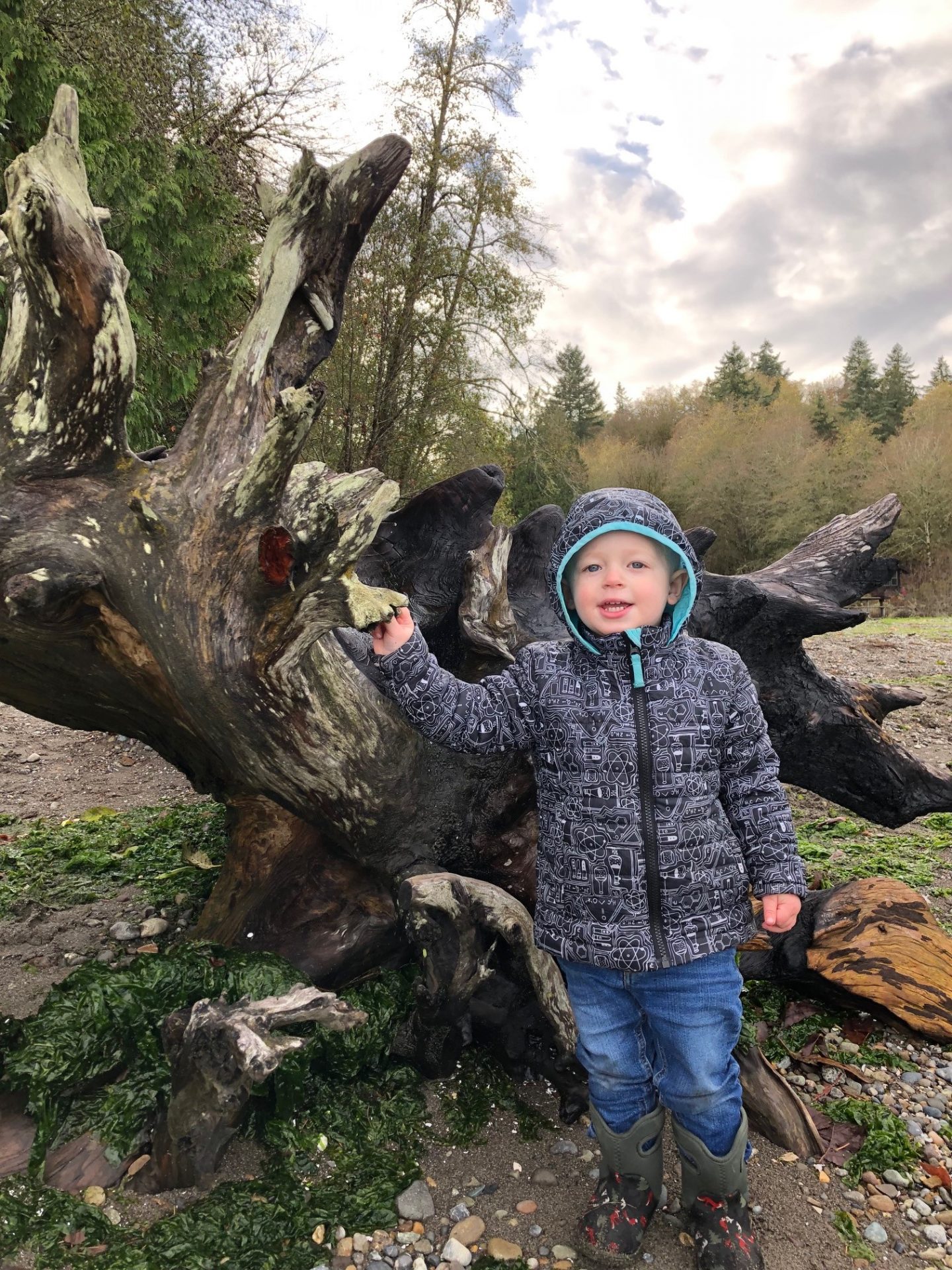 In the same breath though, it makes the time we do have together so much sweeter – even when the stuff we do is fairly minor and, in the grand scheme of things, so simple. Take, for example, a late afternoon trip to Tolmie State Park. We’ve been there before a few times, but this time, we just kind of went on a whim to get some fresh air and enjoy a break in the rain, literally. The air was nippy, the sky was just clearing, and we just went to toss pebbles in the water, watch Danny run, and savor the time together. Was it incredibly exciting? No…but also yes.

I read a quote this past weekend that really stuck with me, and if you follow me on Instagram, you probably saw it on there. It says, “Each day of our lives, we make a deposit in the memory banks of our children.” It’s with that simple thought in my head that I do my best to help our little family find balance each day. It’s a balance between getting stuff done – like folding the laundry, seeking out where we’ll be moving in June, and selling excess furniture – and the fun, simple things, like trips to the playground or the beach. 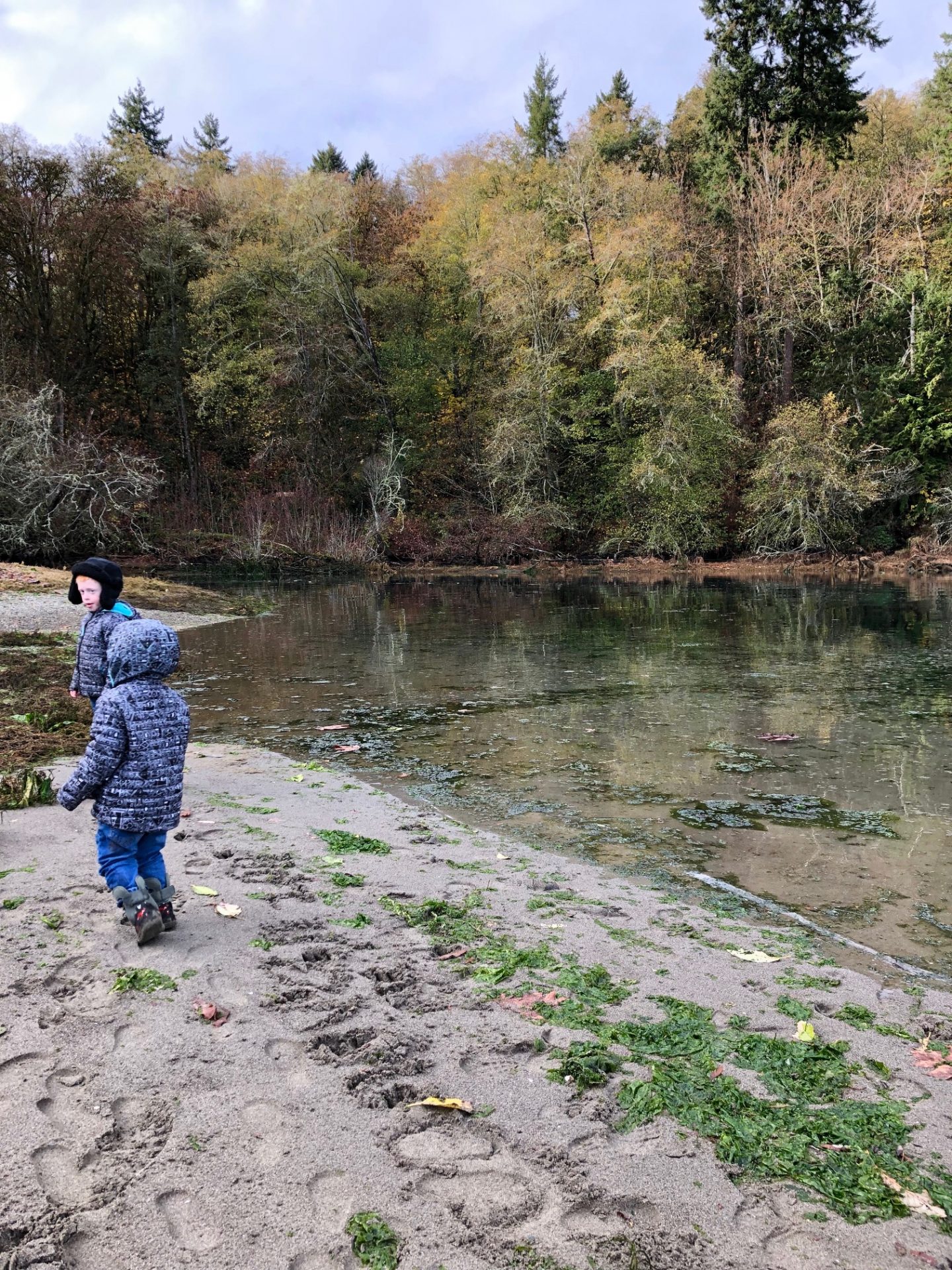 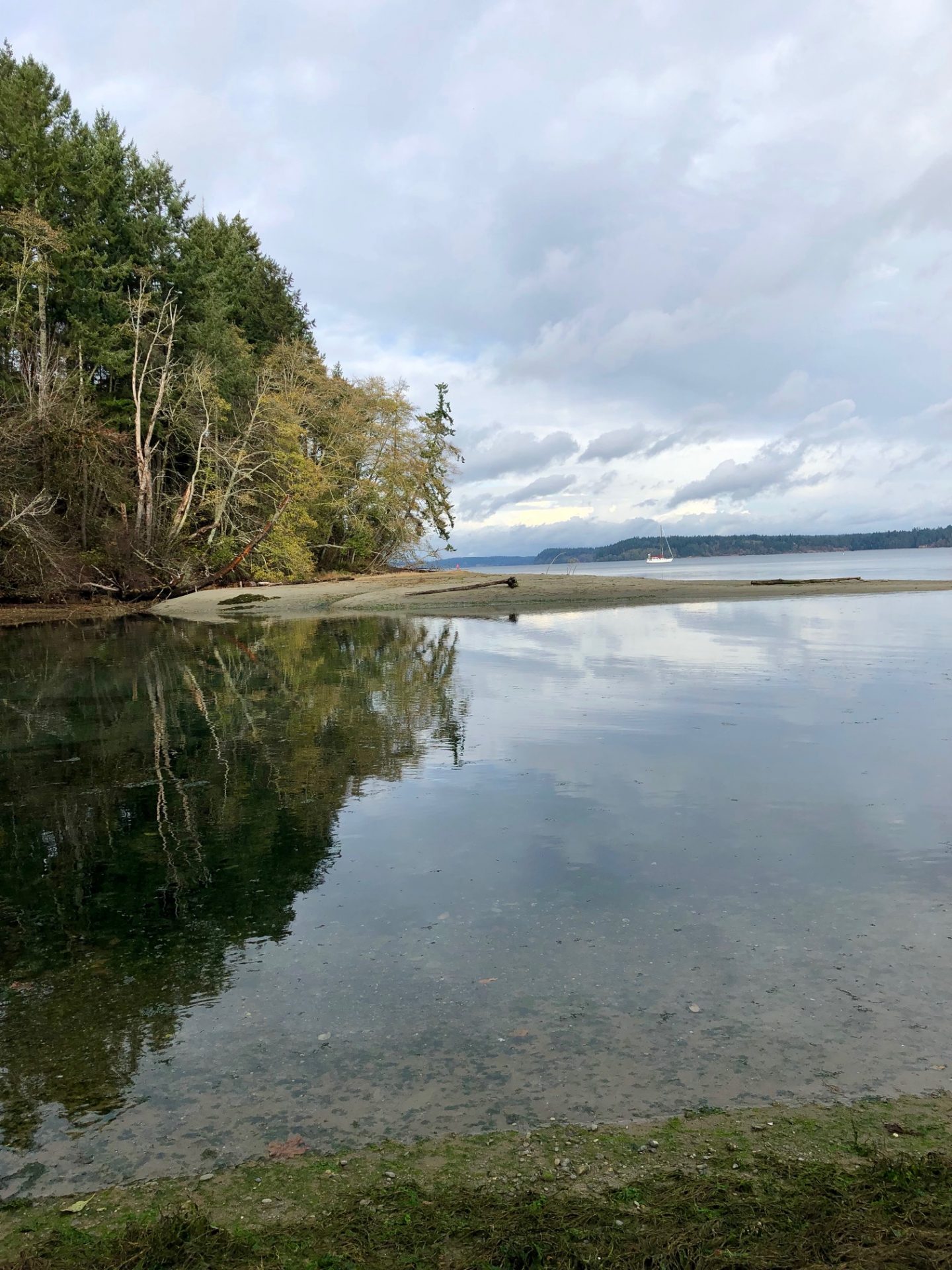 And that’s why Black Friday, though tempting, was low on our list of priorities, too. Our minds and hearts are focused on the present, and neither us, nor our children, want or need anything bad enough to waste a night on stuff. These are the moments we’ll remember, even in the hard times like deployments. So, yes, it was a good one, and we’re moving into a busy week with full hearts and clear minds, ready for the days and weeks ahead.