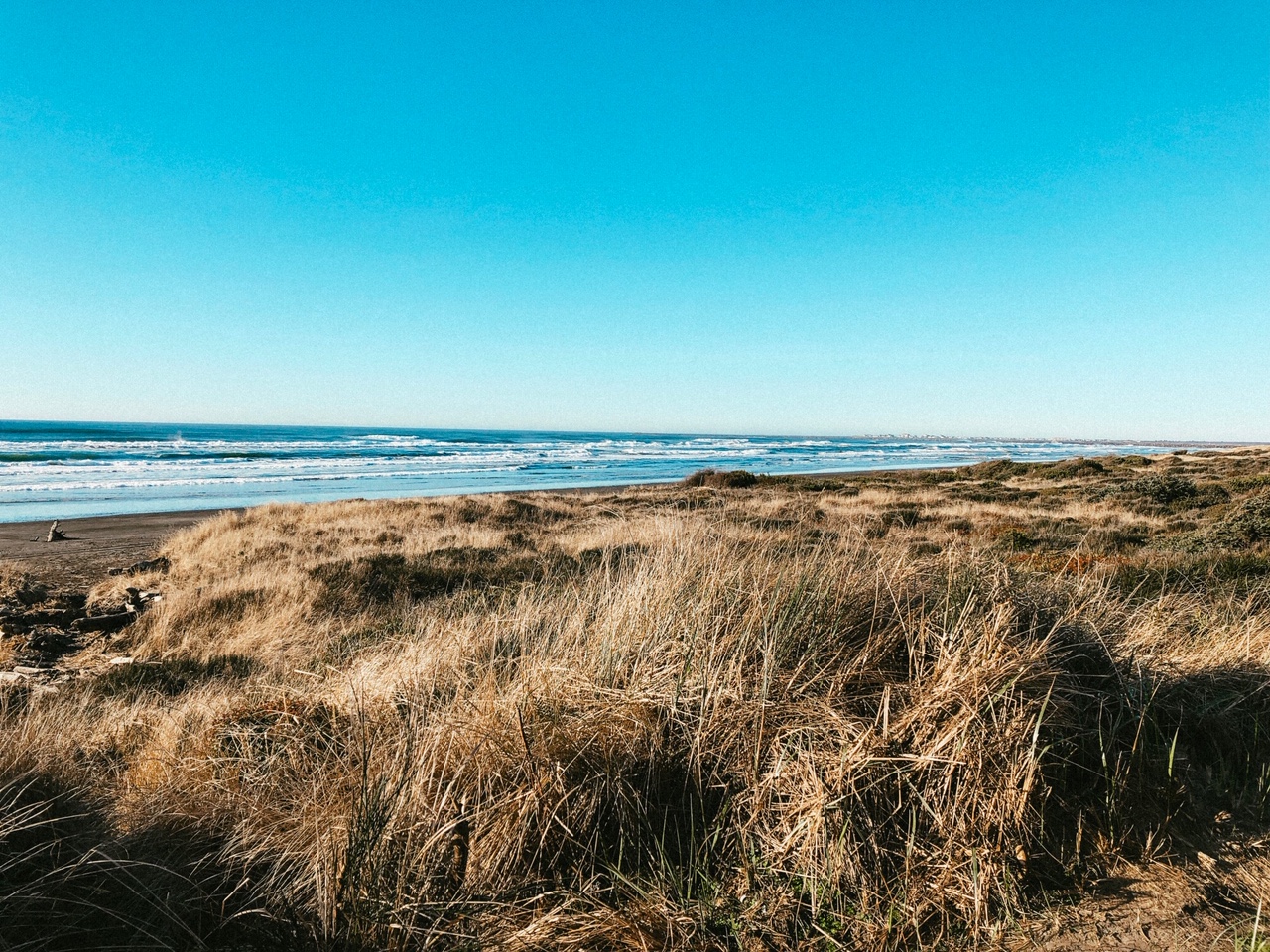 It’s (nearly) unheard of, but we had two of the sunniest weekend days on record for the month of January here in the beautiful PNW. Okay, so, I’m exaggerating. I don’t know if it was really on record, but it sure felt like it! After a week straight of rain, when I saw there were two days of partial sun in the forecast, I knew we had to make the most of it. Oh a whim, Ryan and I decided to pack up Danny and the boys and make our way out to Westport Light State Park in the beach town of Westport, WA. This was my boys’ first time seeing the Pacific Ocean, and they loved it! They’ve seen the Atlantic plenty of times – including a few trips to Litchfield Beach in South Carolina – but this was a first out here. 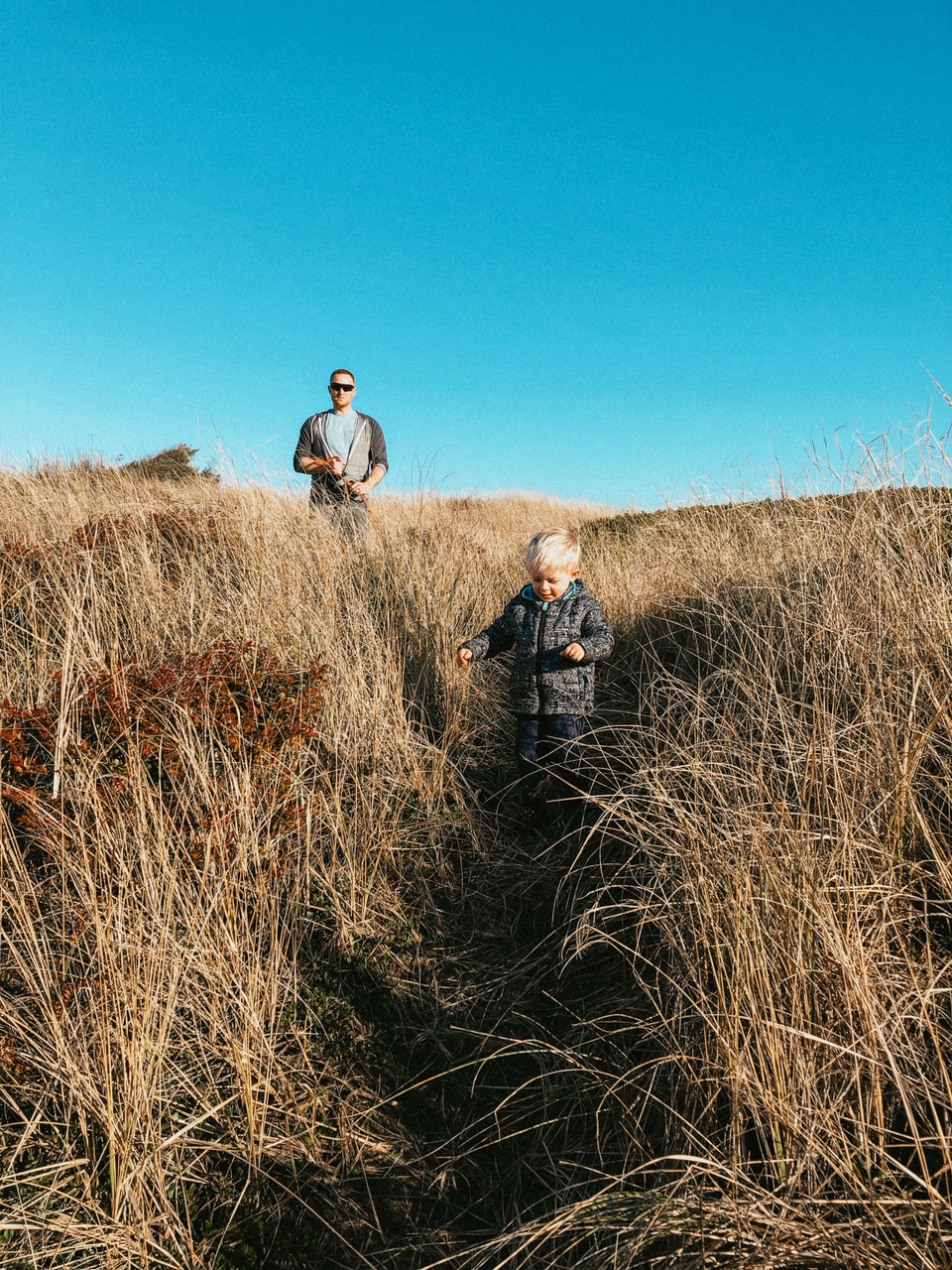 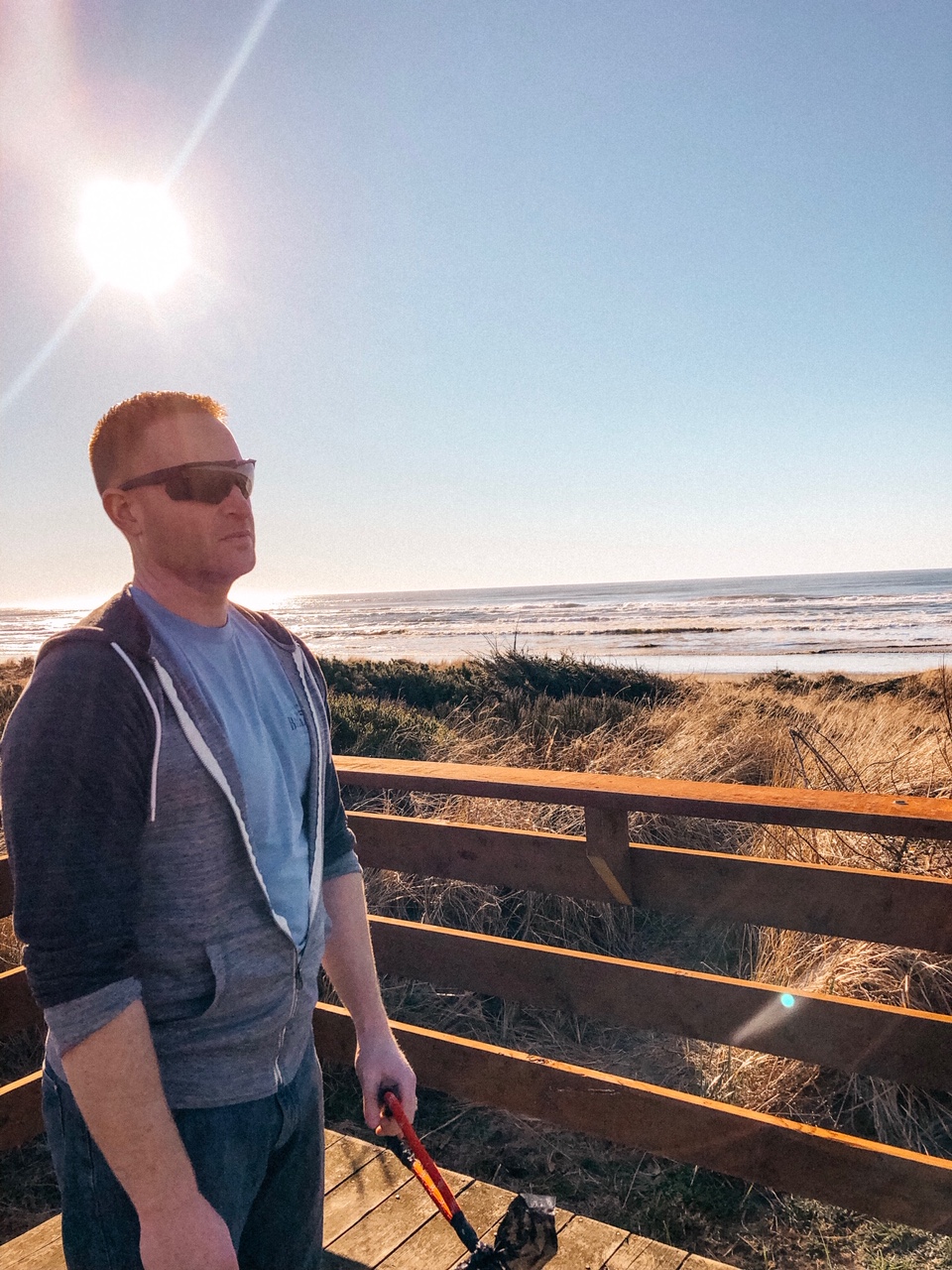 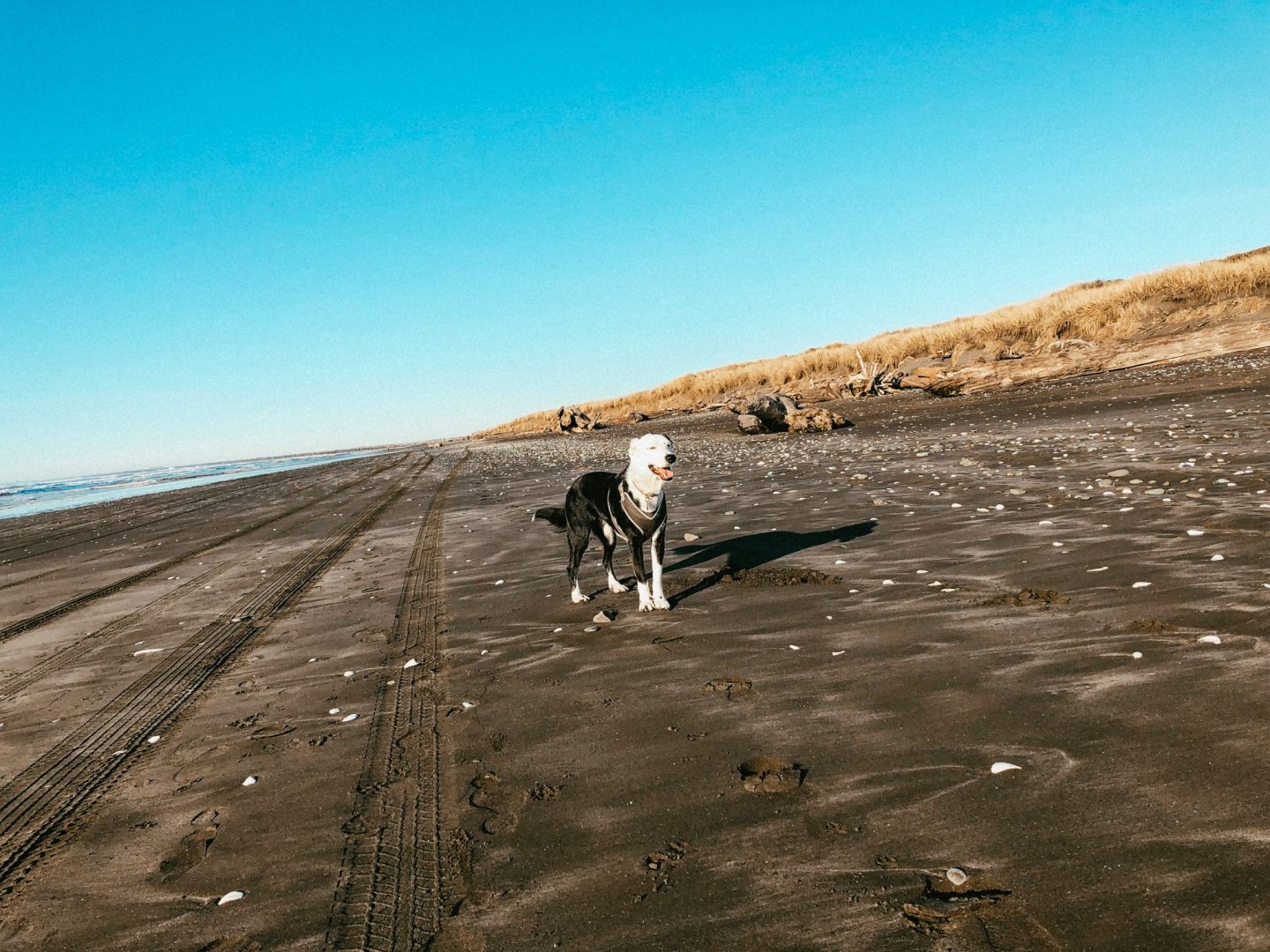 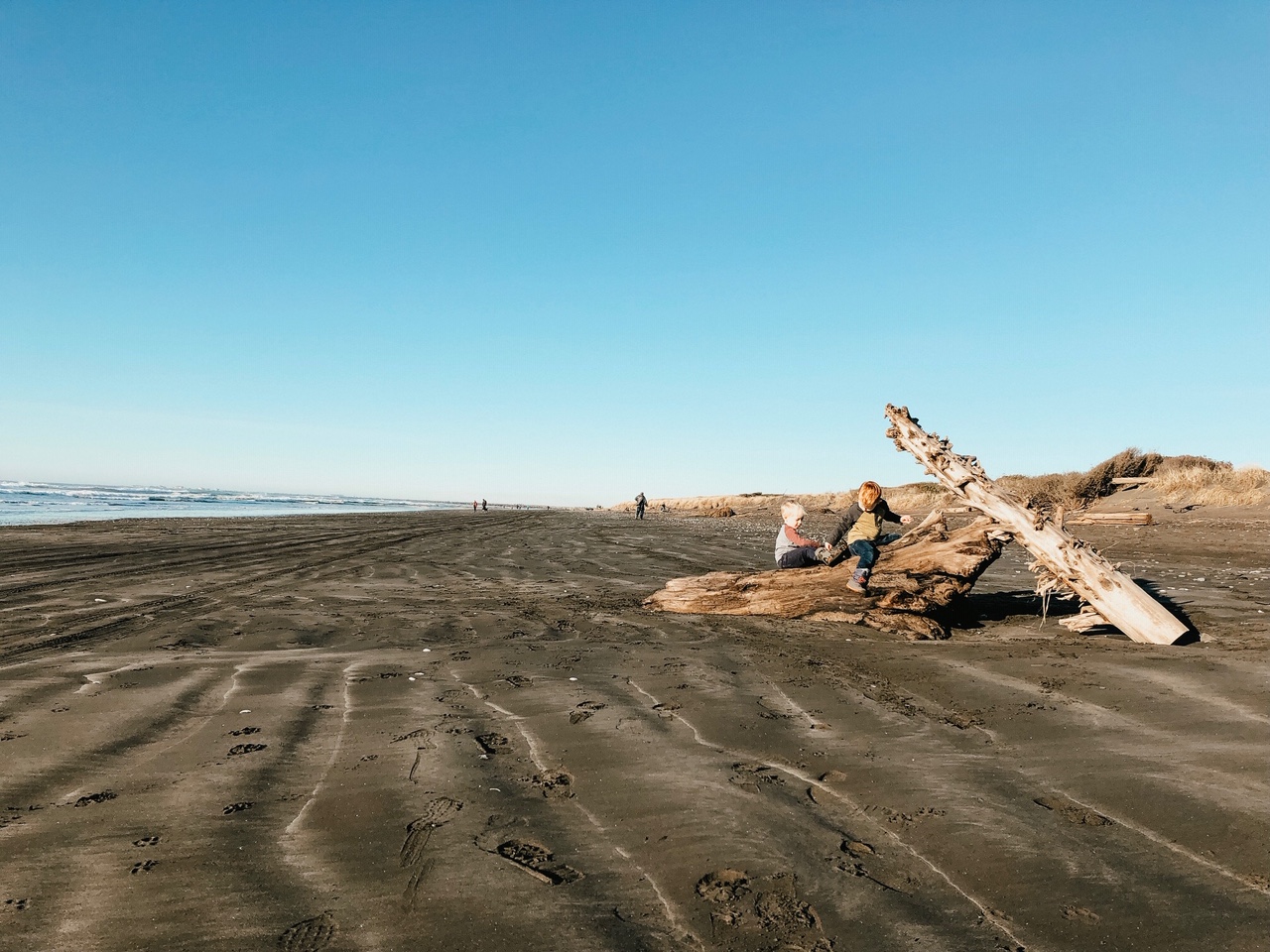 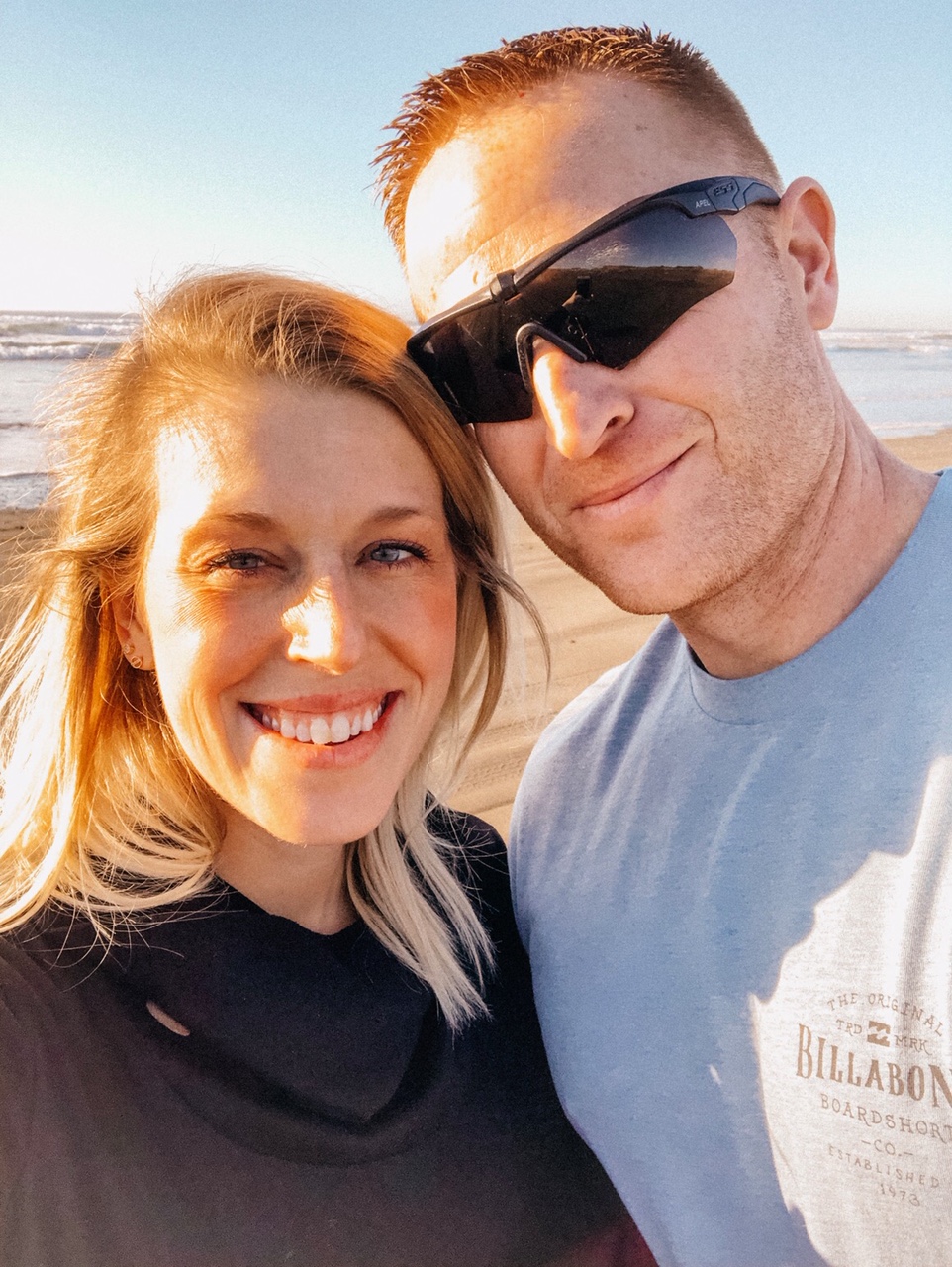 With temperatures hovering in the low 50s all day, the sun shining and not a cloud in the sky, we made it to Westport Light State Park around midday and headed straight out to the beach. The beach area is known for its old lighthouse which, surprisingly, we chose not to go to. Instead, we headed straight out to the trail to the beach. I’d done enough of research ahead of time to know that the path went about two miles along the shore, and there are multiple paths through the brush and dunes, which aren’t protected here, and they led straight to the black sand beach.

Because it’s off-season, Danny was allowed on the beach, and there were plenty of four-legged friends soaking up the sun just like her. We were prepared this time and wore boots just in case, and we made our way down to the water, felt the chilly waves, and learned almost too late that the tide was on its way in. We played for a while, racing the waves into shore, letting them lick at our heels, and the boys just had the time of their lives trying to outrun them. We found sand dollars, those these were different than the ones we found at Tolmie State Park, and the boys dug around in the black sand, relishing in the sun. 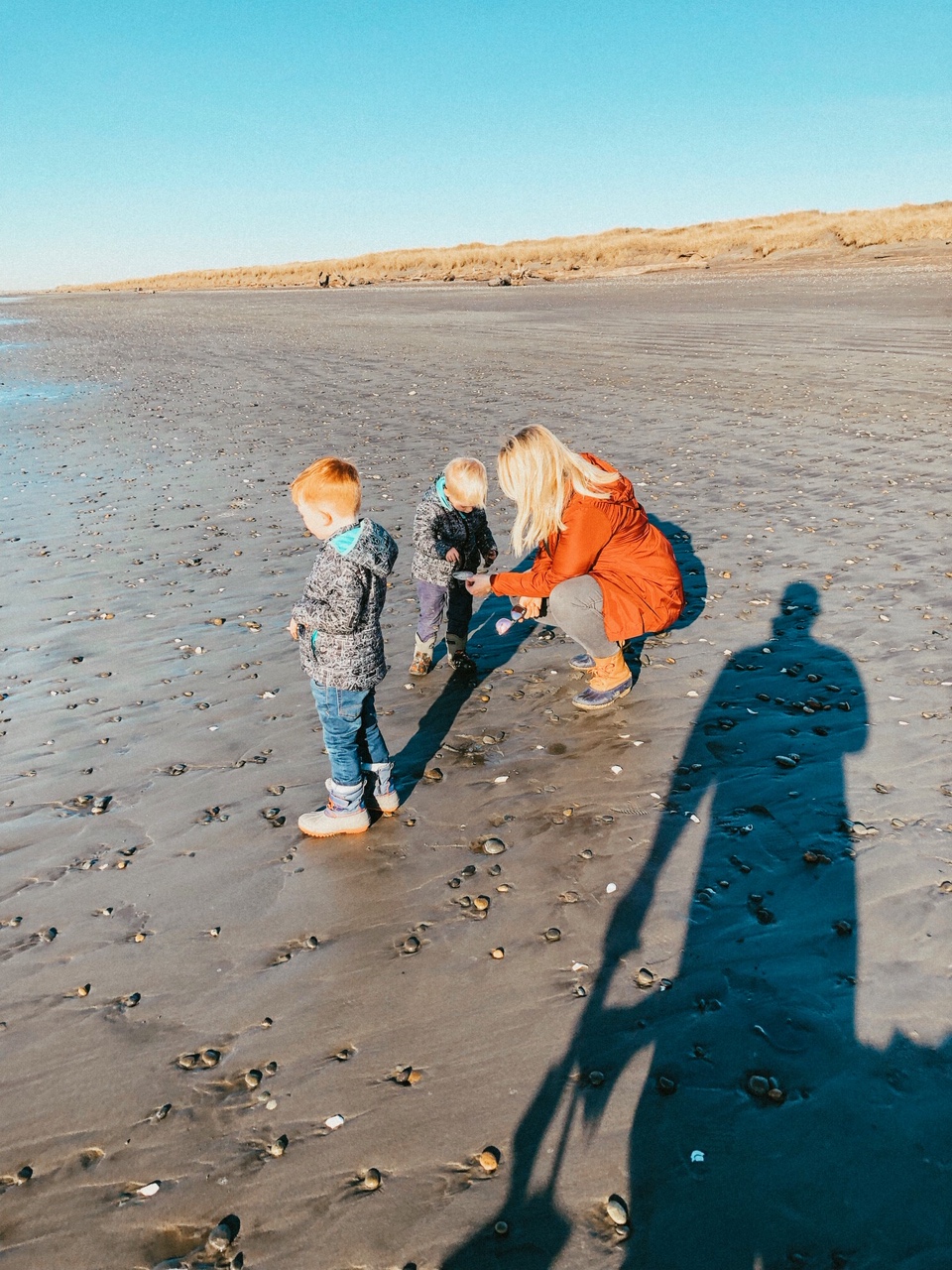 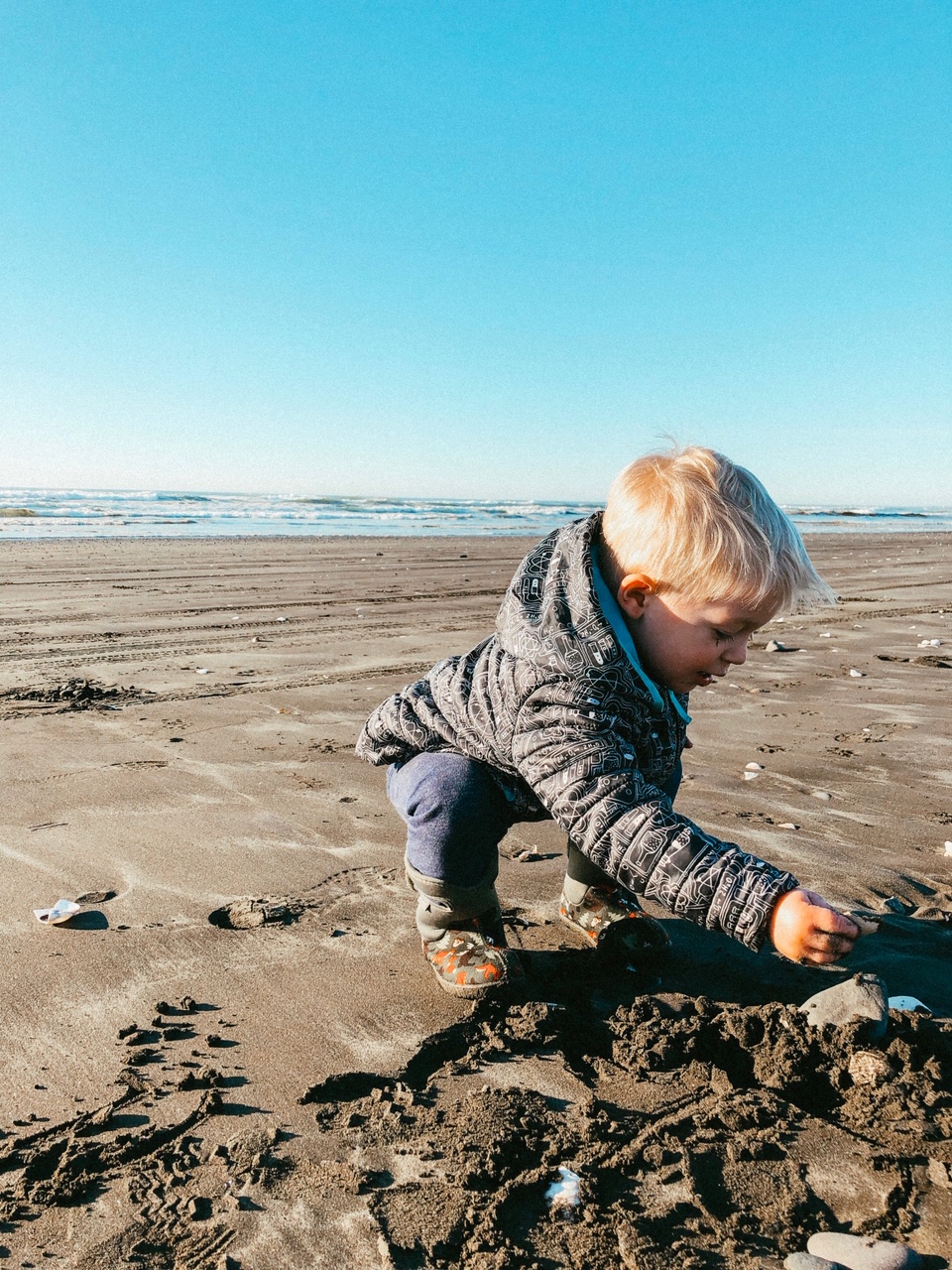 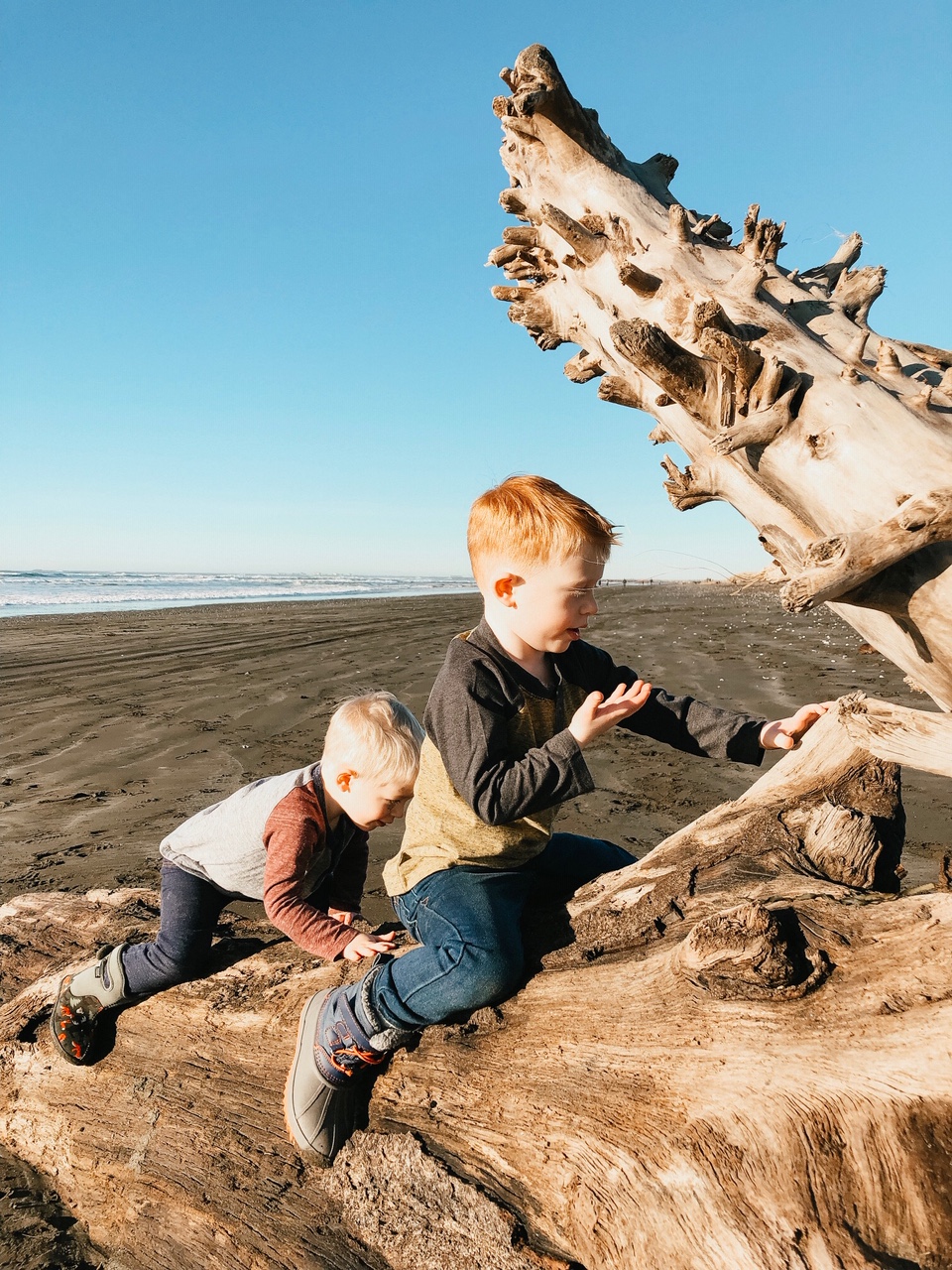 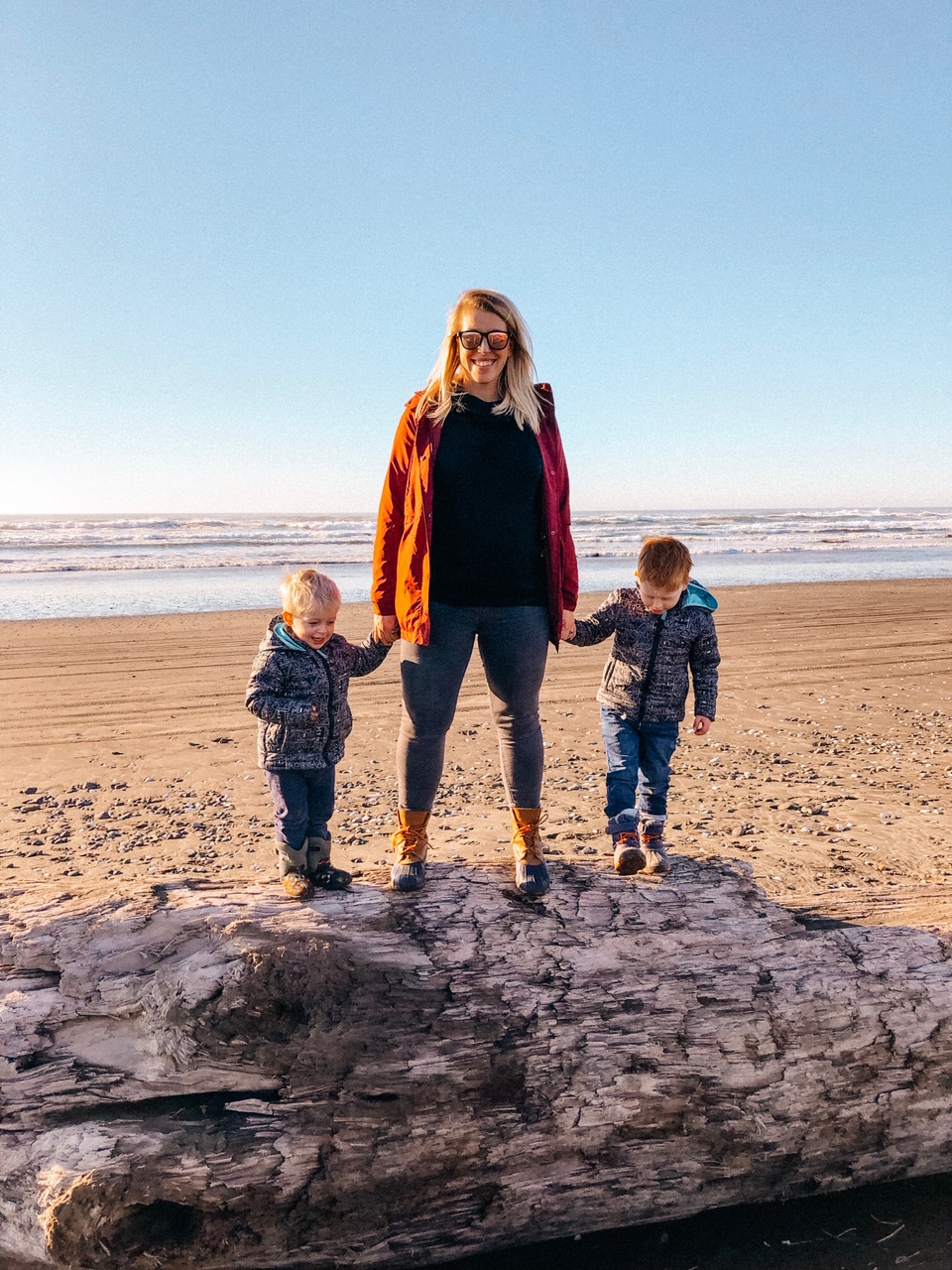 There’s something about sunshine and fresh air that had me feeling that, despite Ryan’s deployment being way too close, things are going to be okay. Day trips like these aren’t always the easiest, but they’re totally worth it. Westport Light State Park is about 1.5 hours from JBLM, so it’s not necessarily the easiest of trips, but it’s completely worth it. If you want a fun, family-friendly beach in the PNW, trust me, this is it. Plus, my boys are getting better and better traveling the more we do it.

I think finding a balance between getting stuff done and going out and exploring is so important. All work and no play leads to stressed out parents, moody children, so while everything is chaos around here, escapes like these are so important and so refreshing to us.