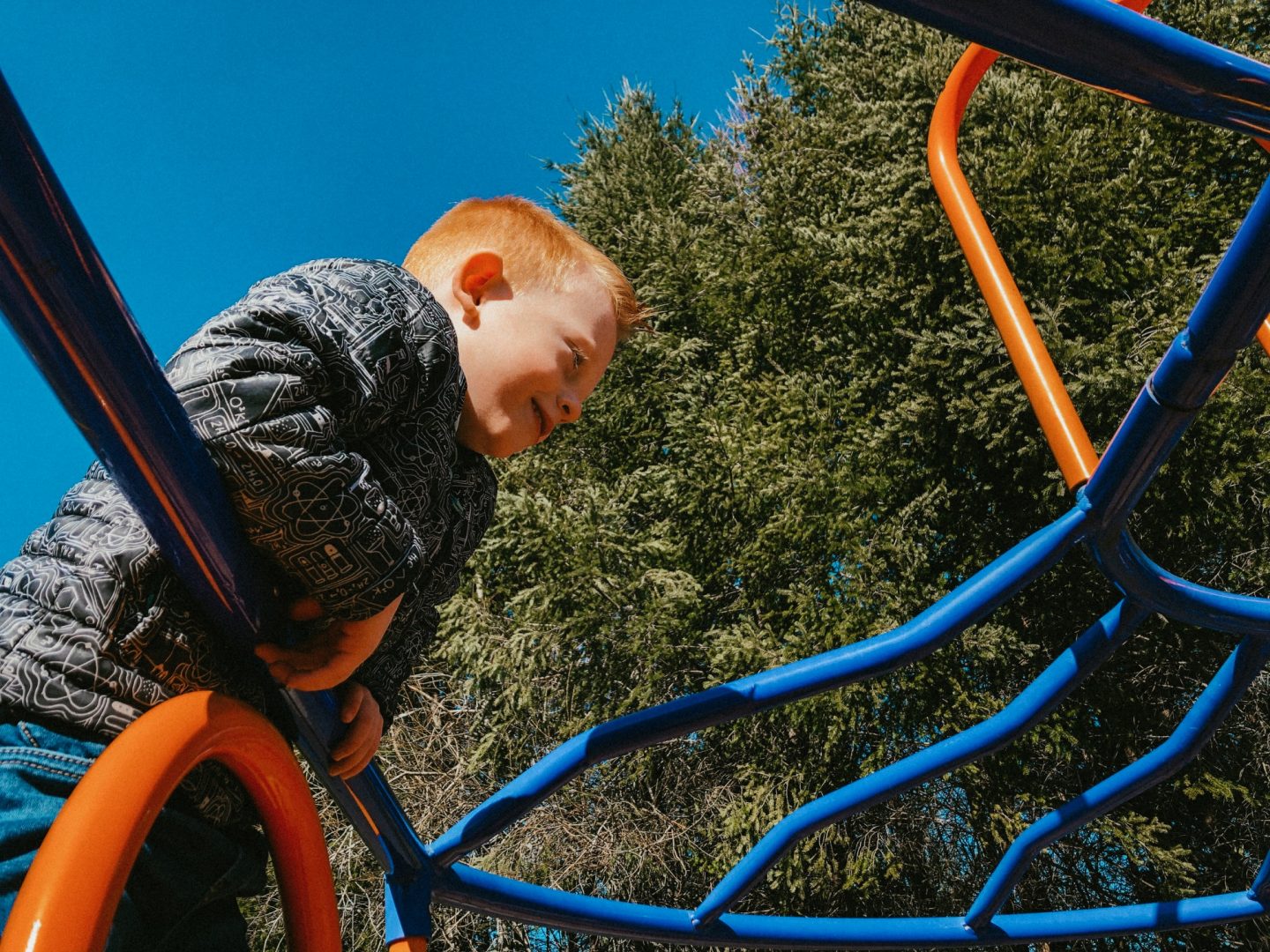 One of my biggest fears moving to JBLM was that the sun would never shine in the PNW. You’ve all heard the stories about how it always rains here, right? Here’s a newsflash for you though. As taxing as those endless stretches of gray, drizzly days may be, the sun shines in the PNW. It really does. In fact, we’ve had about four straight does of sun, blue skies and near-50s temps in the past week and, in all truth, it’s been heaven. I liken it to the days living at Fort Drum when the upper 30s meant spring was on the horizon. People would pop their heads out of their houses, go for walks, play at the park…everything. The same goes for life in the PNW when the sun shines.

Each deployment is hard in its own right, and with two entirely mobile little men and my nearing the end of this pregnancy, life has been pretty difficult to keep up the pace. The beautiful thing here, however, is that there is no shortage of parks and playgrounds here. The boys are happiest outside, and though I’d remiss if I didn’t admit that my boys do watch more TV than I’d like during the rainy days, or while yours truly is trying to catch her breath the days, we get out, and we move. 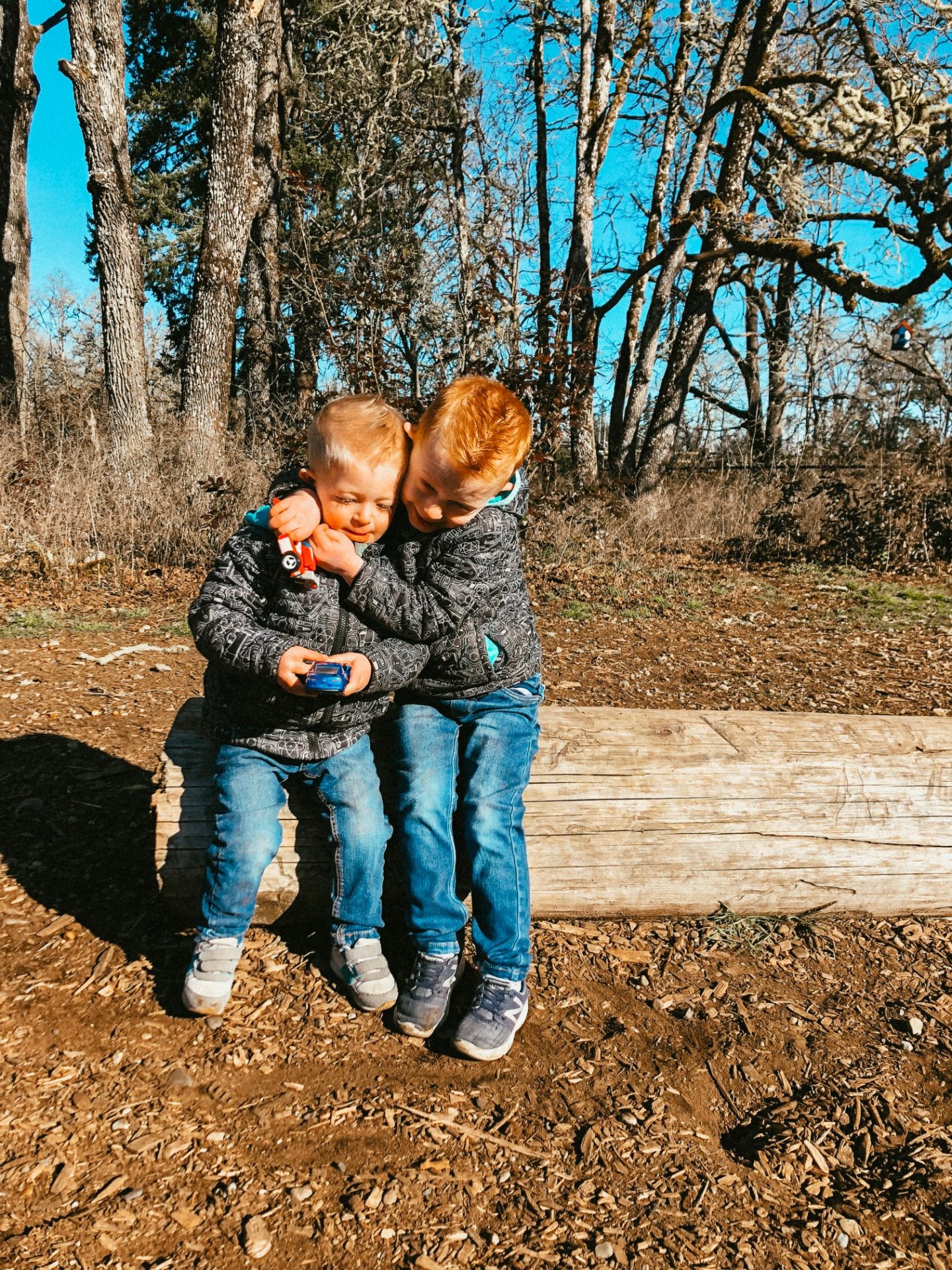 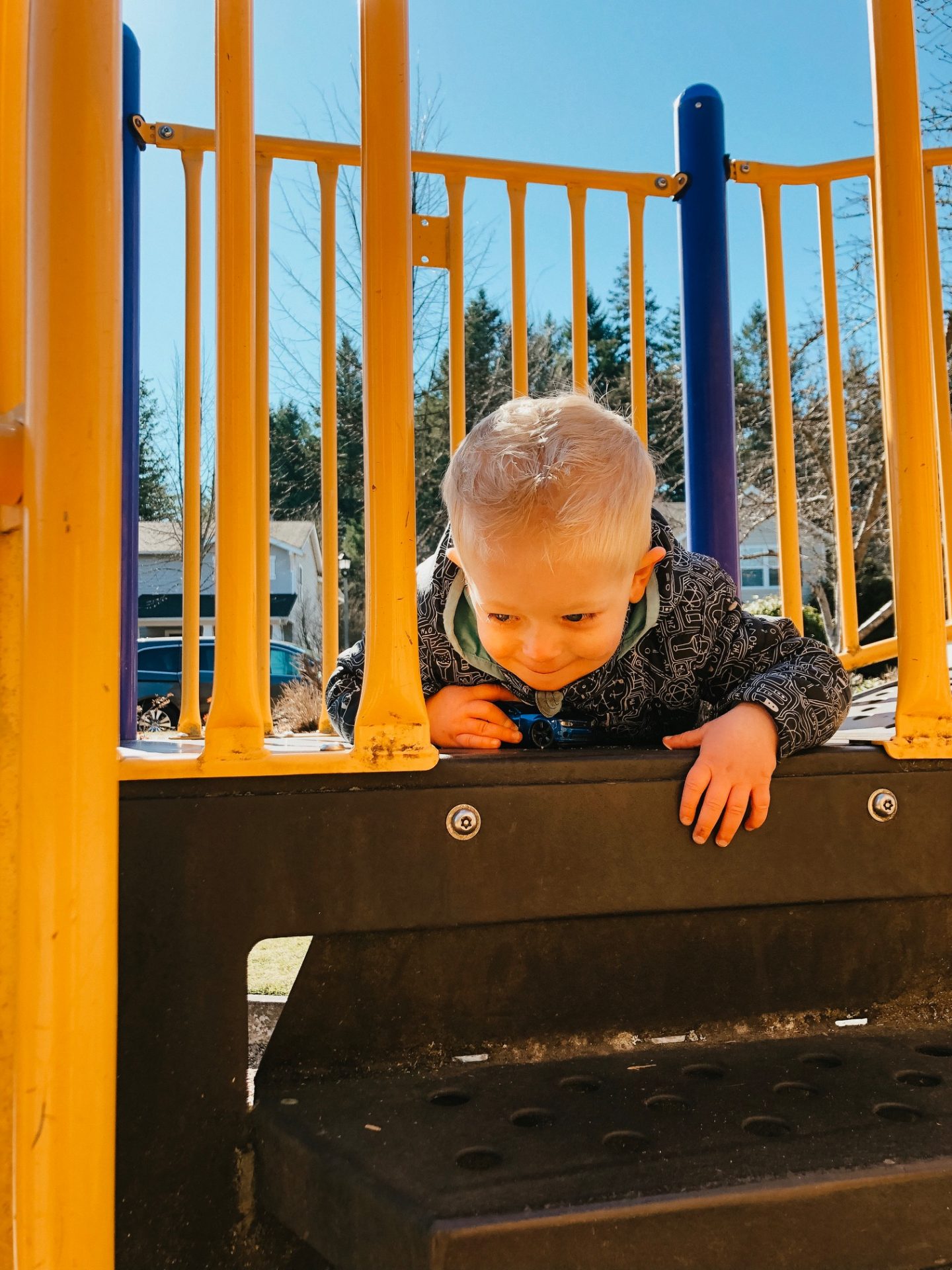 From the dog park to the playground, to Tolmie State Park to skip rocks, and beyond, we’re on the go. Right now, we’re laying a bit low with the upcoming move this week, but we got out, and we absorbed every single bit of vitamin D that we possibly could this weekend, and it was heaven.

You may remember that I mentioned Porter was supposed to have his eye surgery today. Unfortunately, we got a call from the hospital on Friday that our insurance had yet to authorize the procedure. After a lot of back-and-forth on the phone with our insurance, we were informed that they’re “understaffed” and “backlogged about three weeks,” so they were unable to authorize his procedure in time. This is the crappy side of Tricare, sadly, and while I’m furious that our bean has to deal with this issue longer, I’ll admit that, perhaps, rescheduling may make for a slightly easier week on all of us. 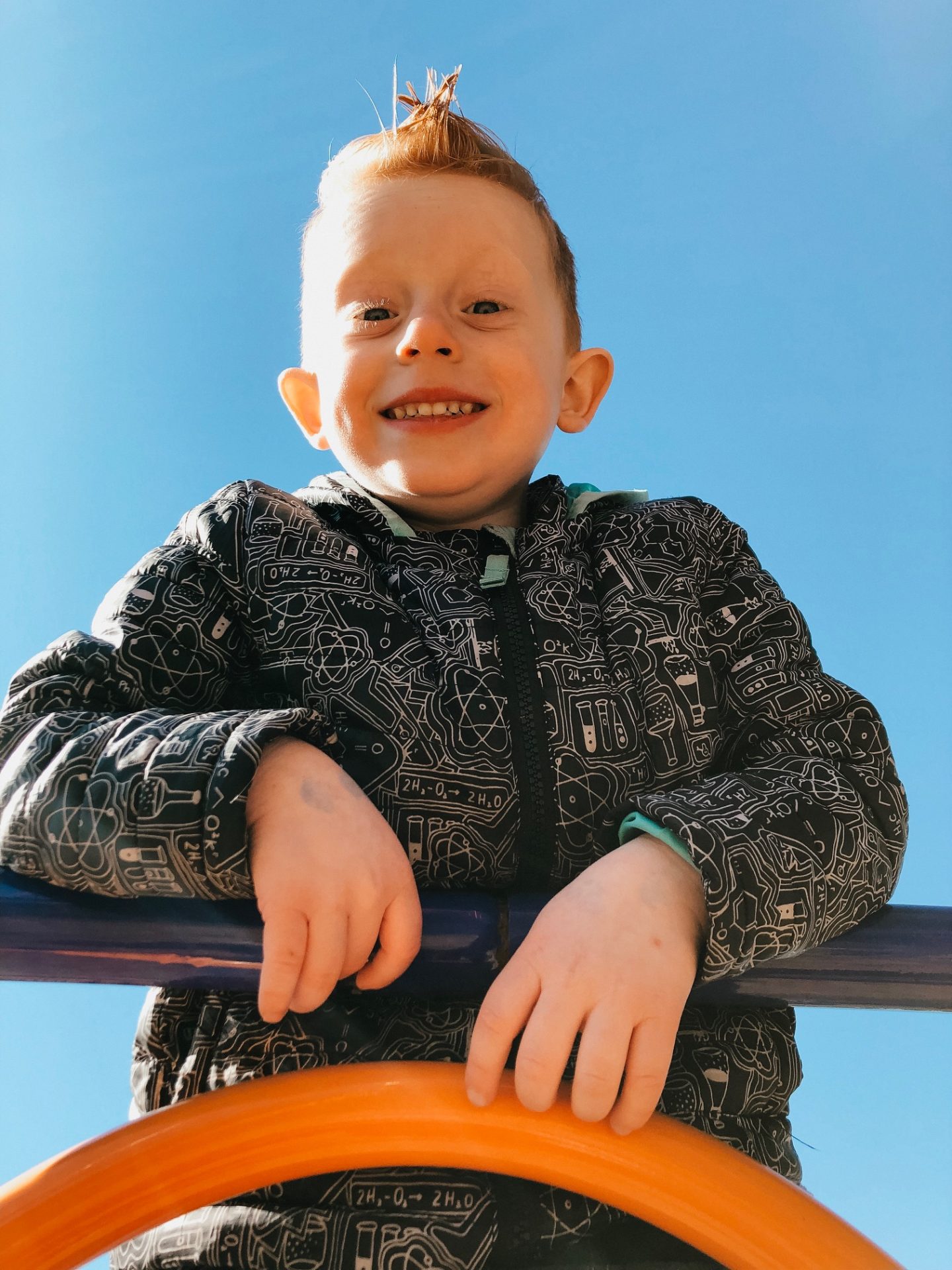 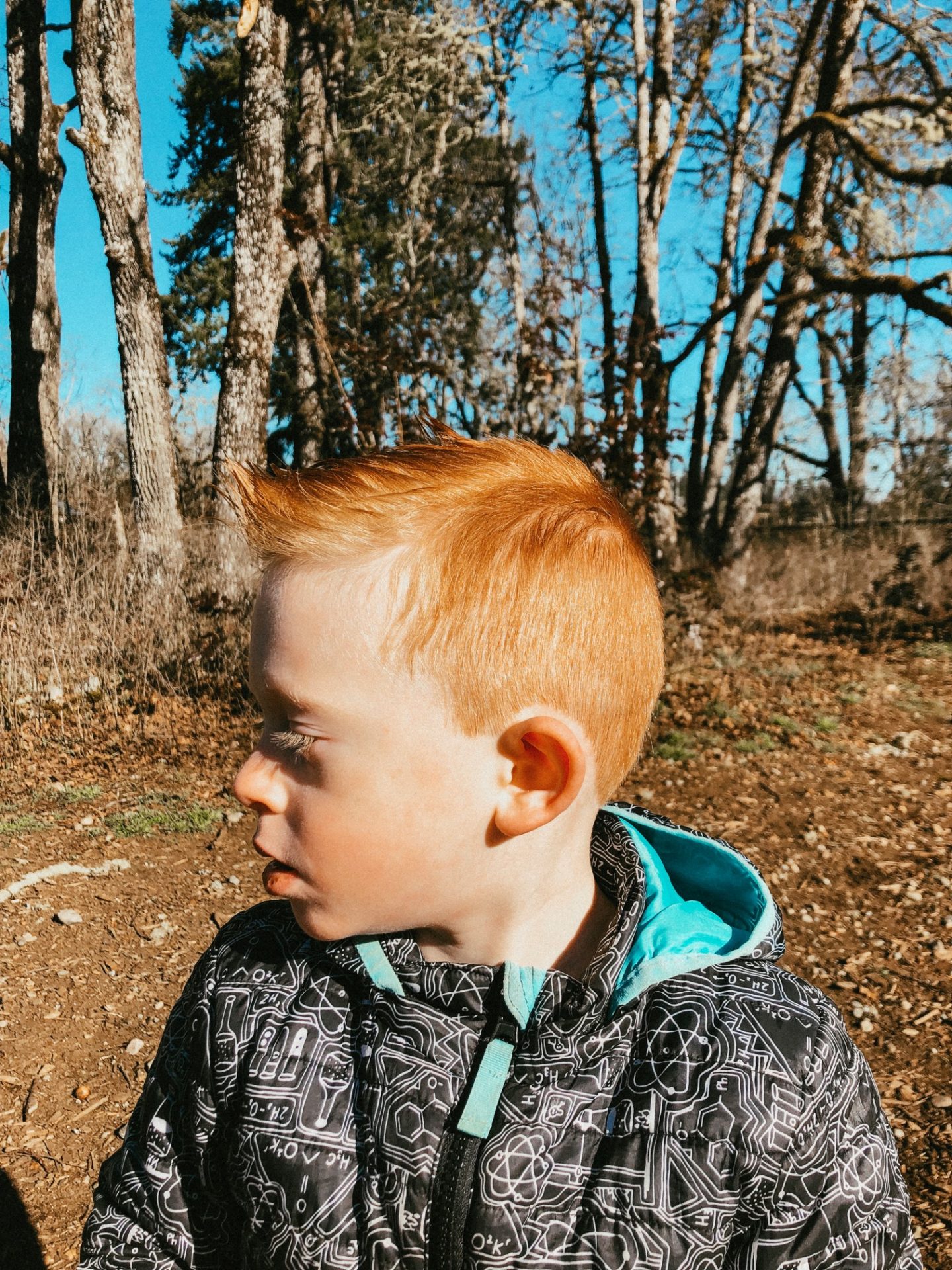 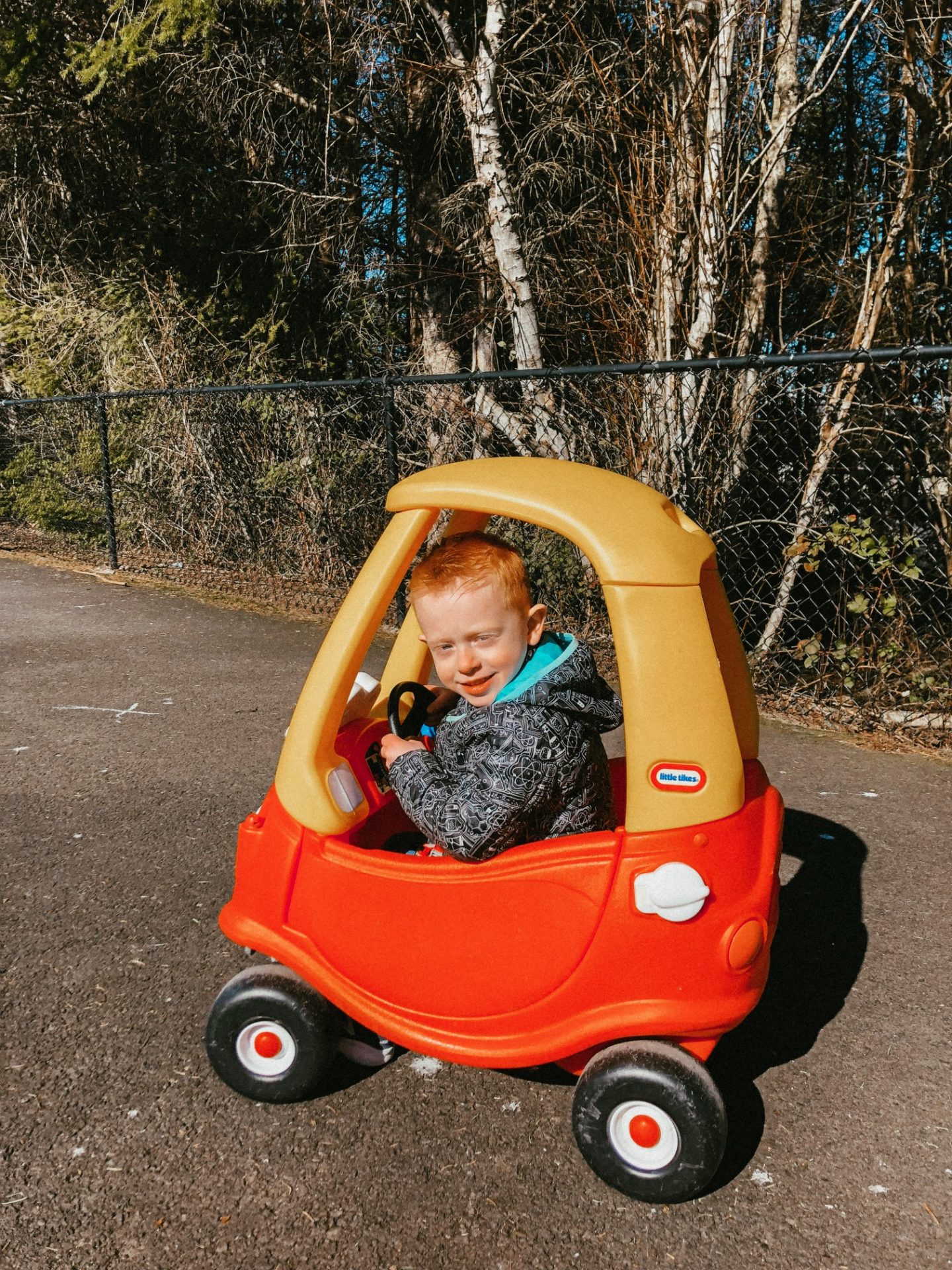 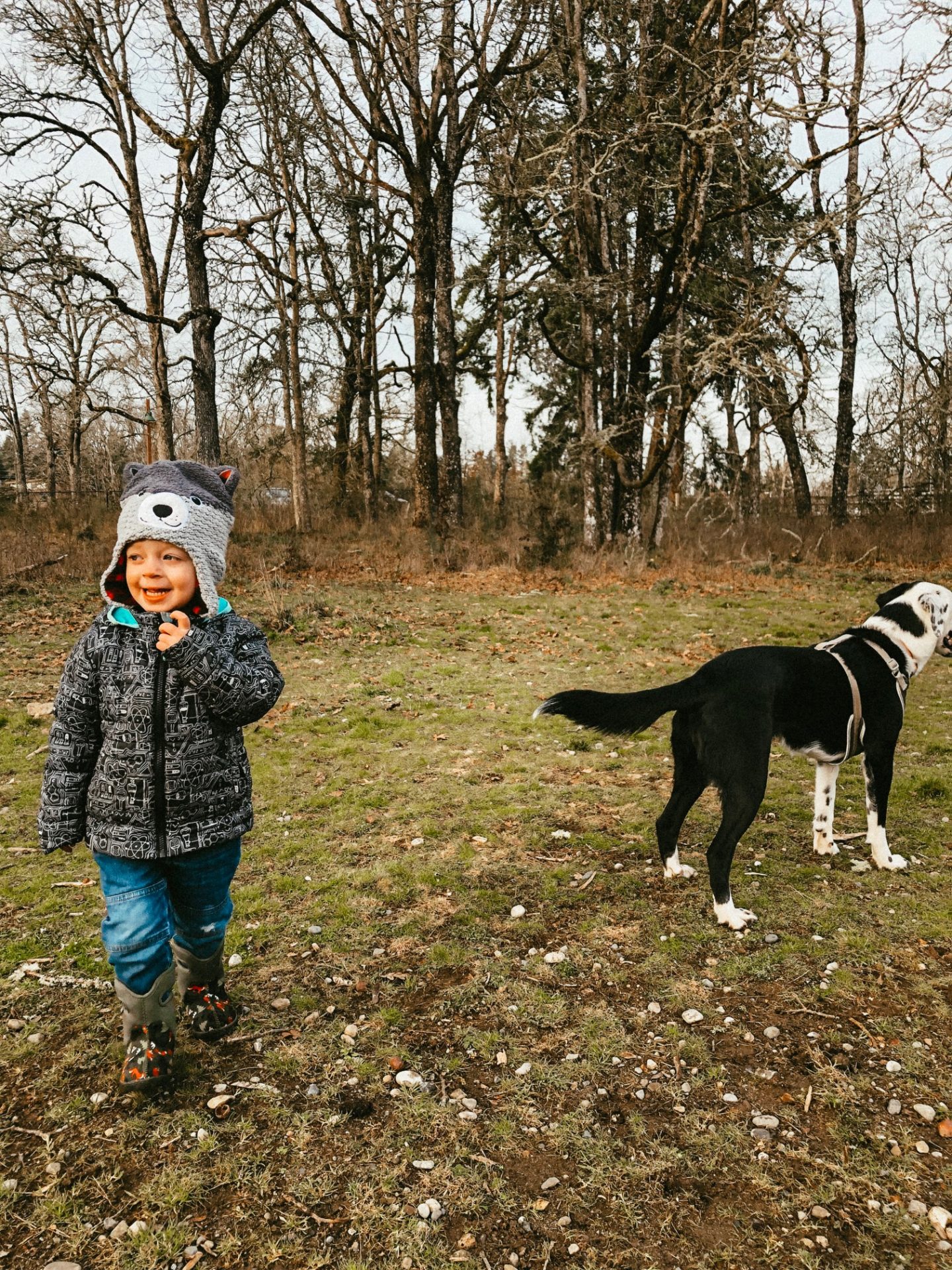 Knowing that though, we were able to relax a little more this weekend, and the bean was able to enjoy a meal he would’ve otherwise had to skip because, y’know, anesthesia and all that. I like to think that everything happens for a reason, so we’re rolling with it as much as possible – all while rolling our eyes at this so-called healthcare system, too.

For now though, we’re gearing up fora a couple more sun-shiney days, and I’m so thrilled to share all the excitement and chaos to come this week as it unfolds. It’s a new little chapter for the Moore family here at JBLM, and we’re ready to gear up for a great time ahead. Happy Monday!