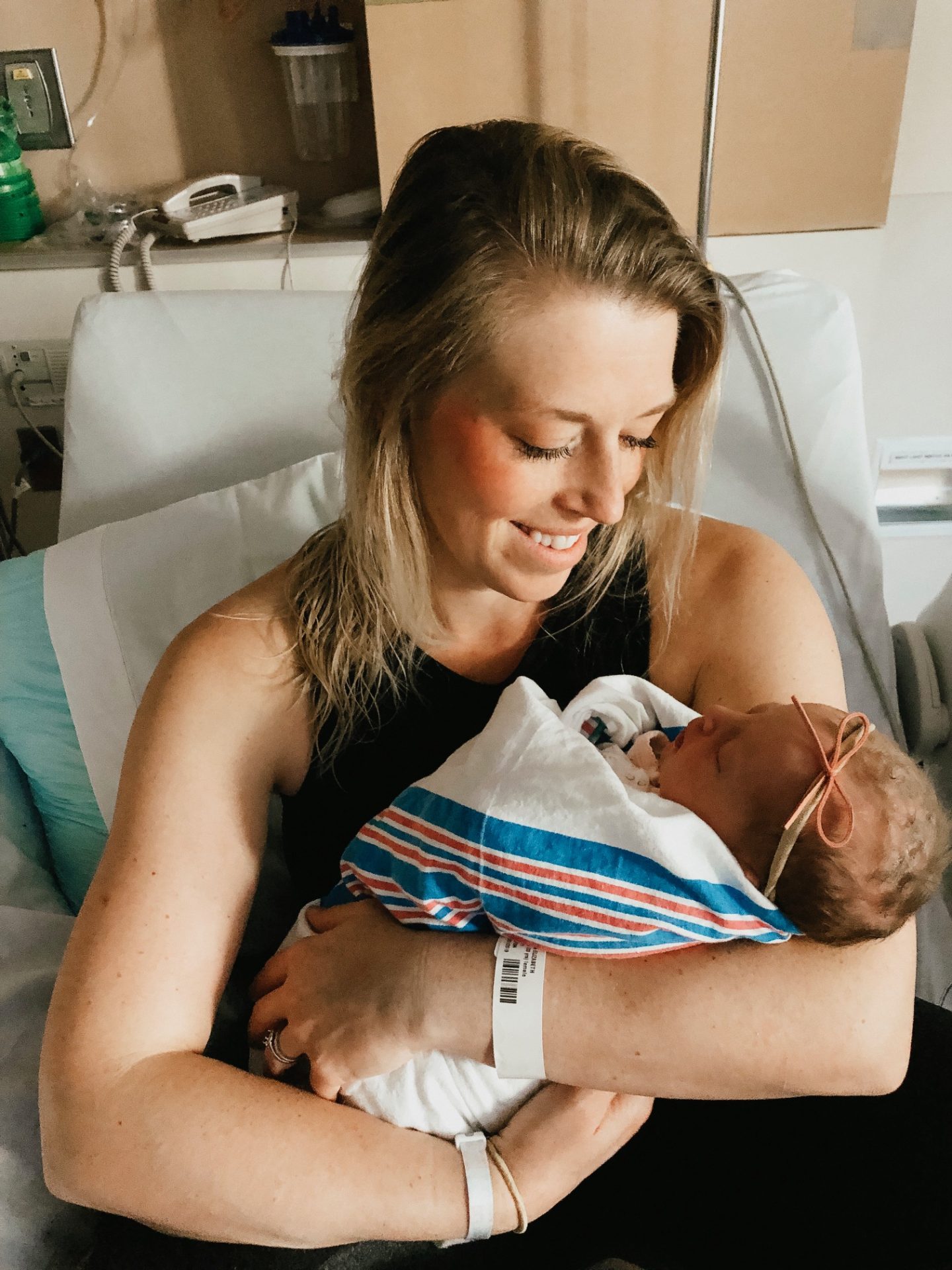 I’ve been trying to figure out how to write Mieke’s birth story for the last week; honestly, since she was born. It was nothing like I’d anticipated, whatsoever. Throughout my pregnancy, I prepped for natural birth at the birth center. I practiced hypnobirthing, pain management techniques, and prepared myself for giving birth at the birth center. True story? This birth was nothing like I’ planned or hoped for, but I can honestly say that, despite everything, the end result was well worth it. But let’s start at the beginning, shall we?

On Thursday, March 26th, our time, Ryan was preparing to fly Space A from his deployment home to us. Unfortunately, there was no space available on the flight, and he didn’t get a seat. We had two options; Ryan could wait till Tuesday, April 2nd (my due date) to try Space A again with no guarantees, or we could pay for a commercial airline ticket at a hefty fee. After very little deliberation, we decided on the latter, and within a few hours, Ryan was scheduled on a flight to arrive in Seattle the next day, the 27th, our time.

We savored two blissful days home with Ryan before my contractions began in earnest the evening of March 29th. They were routinely about 8-10 minutes apart, but I didn’t want to go into the birth center too soon, so we went to bed, and they spaced out to about 2 an hour. They were intense and woke me up, but they weren’t consistent, so I tried to play it off and get some rest.

I felt awful the morning of the 30th, which was Saturday. My boys have been begging to go to a different playground, so we decided to take a family walk after breakfast so they could get some of their crazies out. It’s only about three-quarters of a mile, but the walk was hard, and she felt extremely low the whole time. I started having contractions on the way home around noon, and they were around 6-8 minutes apart. I texted my doulas, Megan and Ashley, and they asked to Facetime me to see how I was dealing. They said I was wrong…they were 4-6 minutes apart, and they recommended I call my midwife, Tracy. I did so, and she told me to come in. We’d had some plans for the boys, but since I was unconvinced that this was really it, we decided to bring them with us until labor was confirmed. 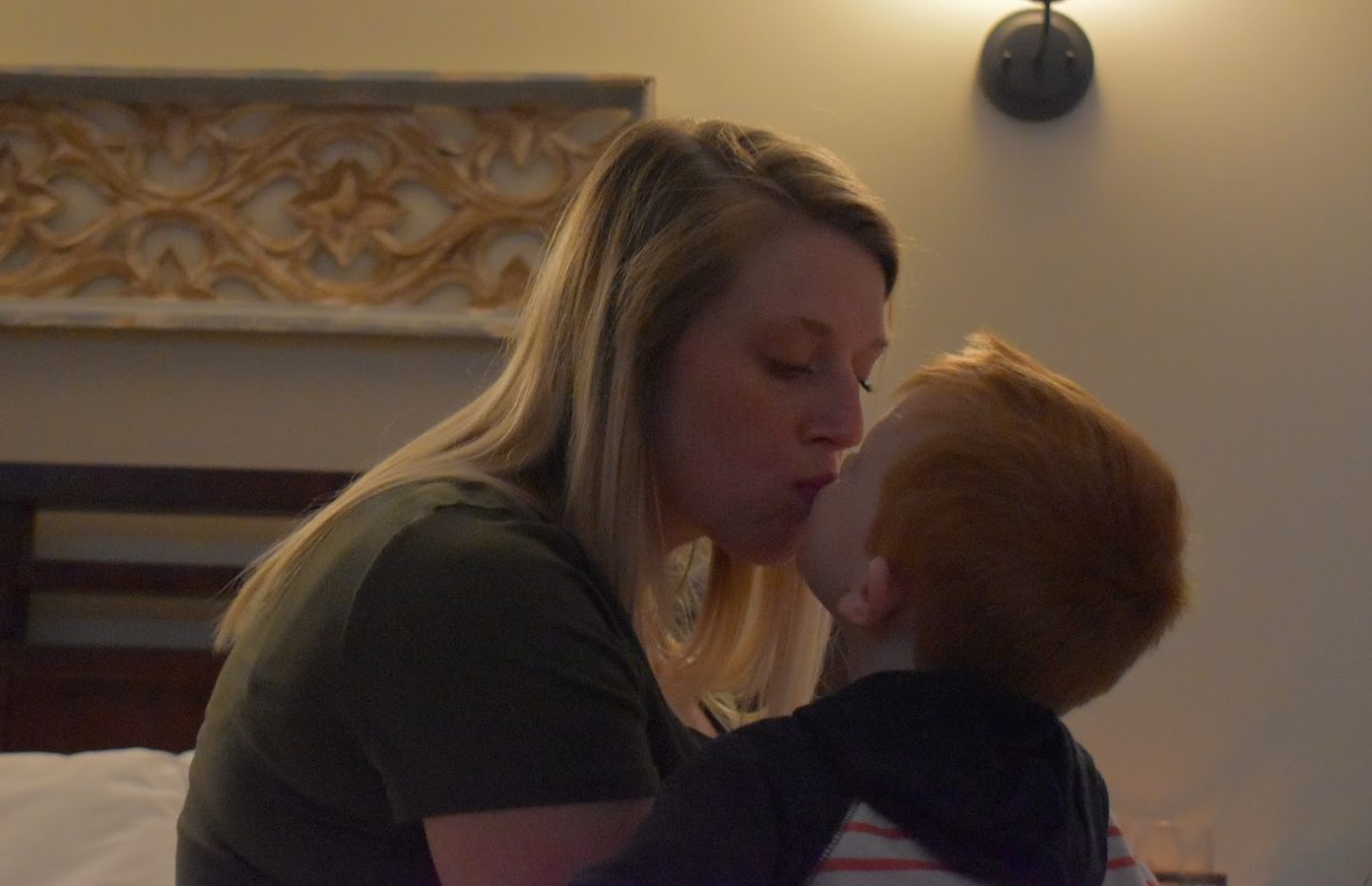 We got there around 3:45 PM, and after being checked, I was 4 cm, actively laboring, and having consistent contractions. All signs pointed to baby, so Ryan got the boys to Auntie Cheryl’s, and then headed back our way to Renton. I worked with my doulas to manage intense contractions that weren’t too painful, but definitely uncomfortable. I couldn’t walk or talk through them, but we worked through different laboring positions, and I managed it. I was checked around 8 PM, and I was about 5-6 cm. I was pleased with my progress, and we kept working…but my contractions got wonky and spaced out again. Then they’d start. Then they’d stop. We continued through the night, but by 6 AM, I was still 6 cm, and I was making no progress. My midwives presented me with a few options. I could stay at the birth center and try to progress doing the same things. I could go home and try to labor there with no guarantee I’d make it back in time. Or, I could be transferred to the hospital across the street.

Ryan and I talked about it, and we decided the best option was to head to the hospital since the contractions weren’t stopping, but I wasn’t progressing. They checked me in around 7:30 AM, and they started pitocin to boost my contractions around 10 AM (something I had definitely not wanted, but I wanted by then…). Baby was sunnyside up, making the contractions strong, but ineffective. Essentially, they were trying to turn her, rather than progress me. With the pitocin, however, things started to pick up, and throughout the next few hours, they gradually pushed my pitocin higher and higher, and back labor kicked into high gear. I’d really wanted to go all natural, but I was so exhausted and in so much pain, that I opted for an epidural at 7 cm around 4:30 PM on the 31st.

Once it kicked in, I managed to doze a little for about an hour, rest with Ryan and my doulas, and wait. I started to feel a ton of pressure, but I was too tired to say anything about it and, instead of asking to be checked again, I took a bit longer to nap. Around 7:30 PM, my new midwife at the hospital, Angie, came in to check me and said that I was right – it was go time. We got set up, and she asked me to do a practice push before the baby nurse came in, but quickly told me to stop because baby was crowning. Two pushes later – for a total of three pushes after 37 hours of labor (sigh) – Mieke Jean was born weighing 7 lb 4 0z at 19 3/4 inches long. 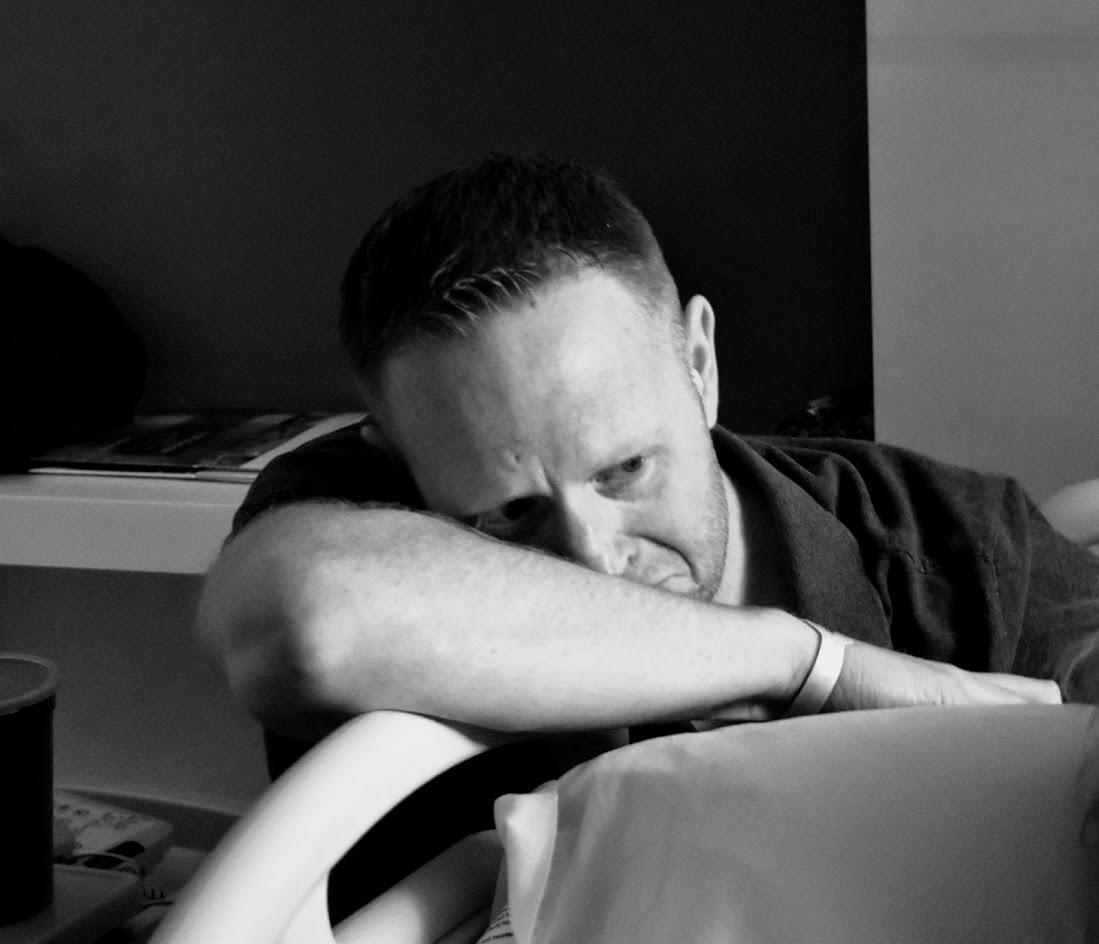 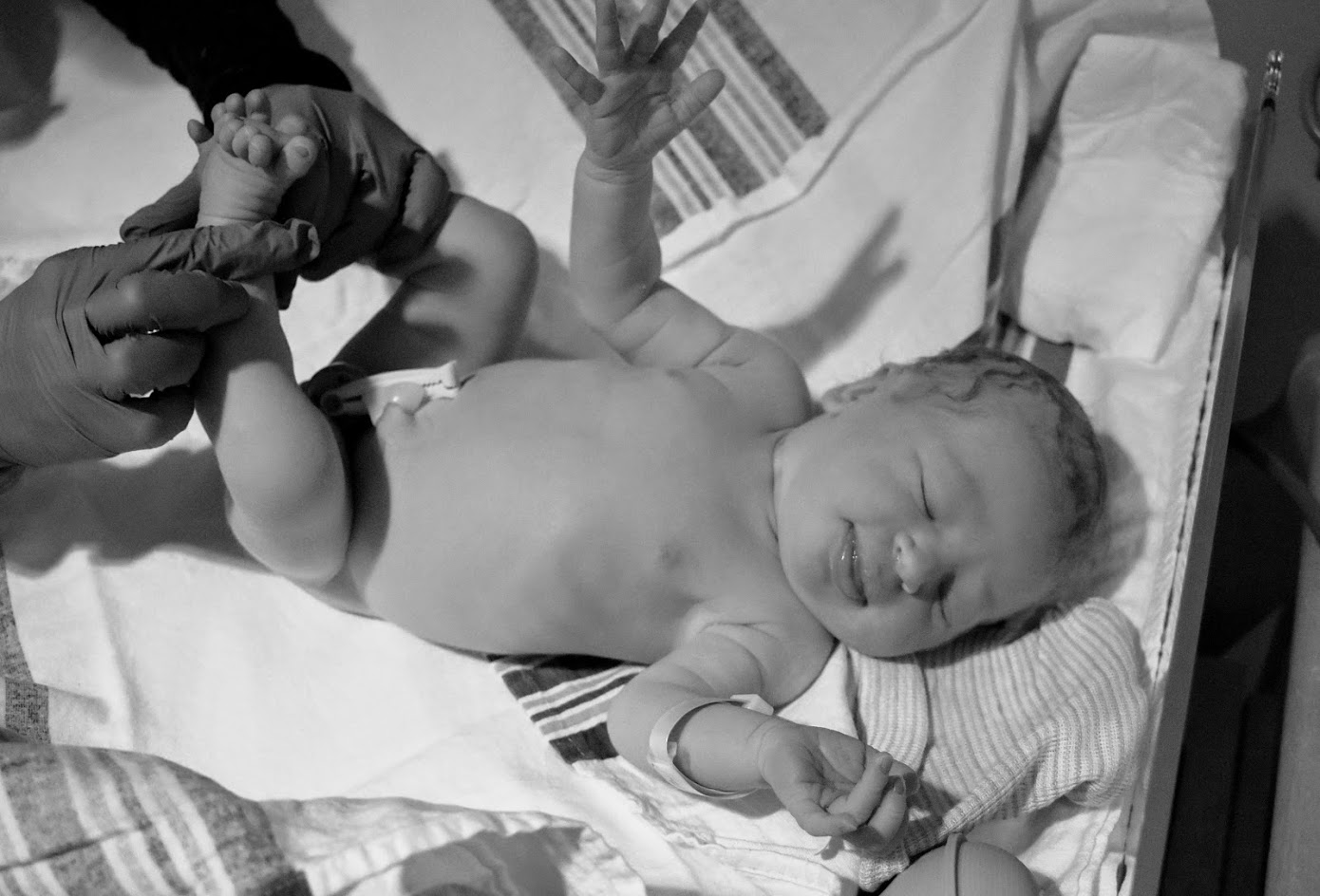 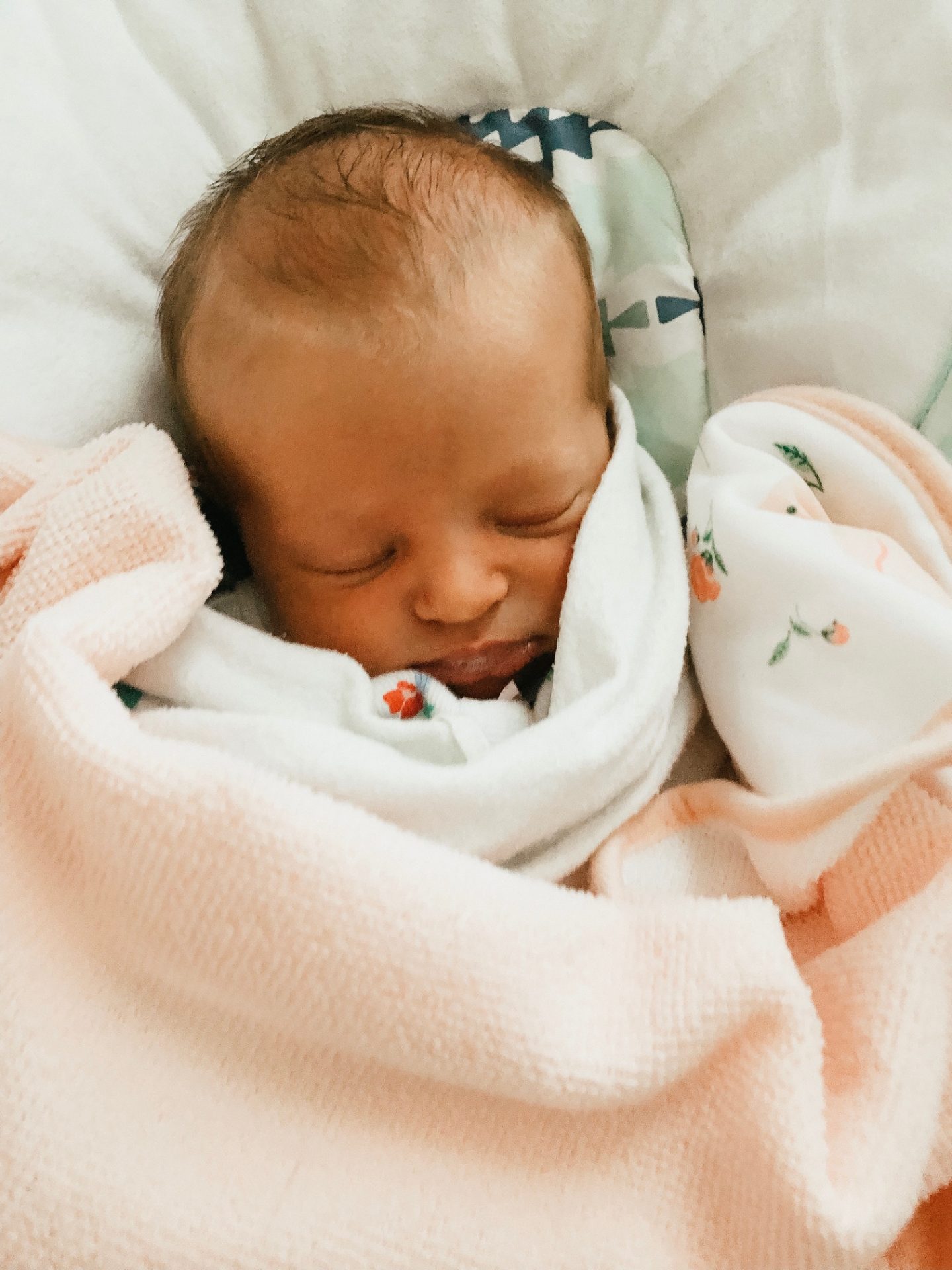 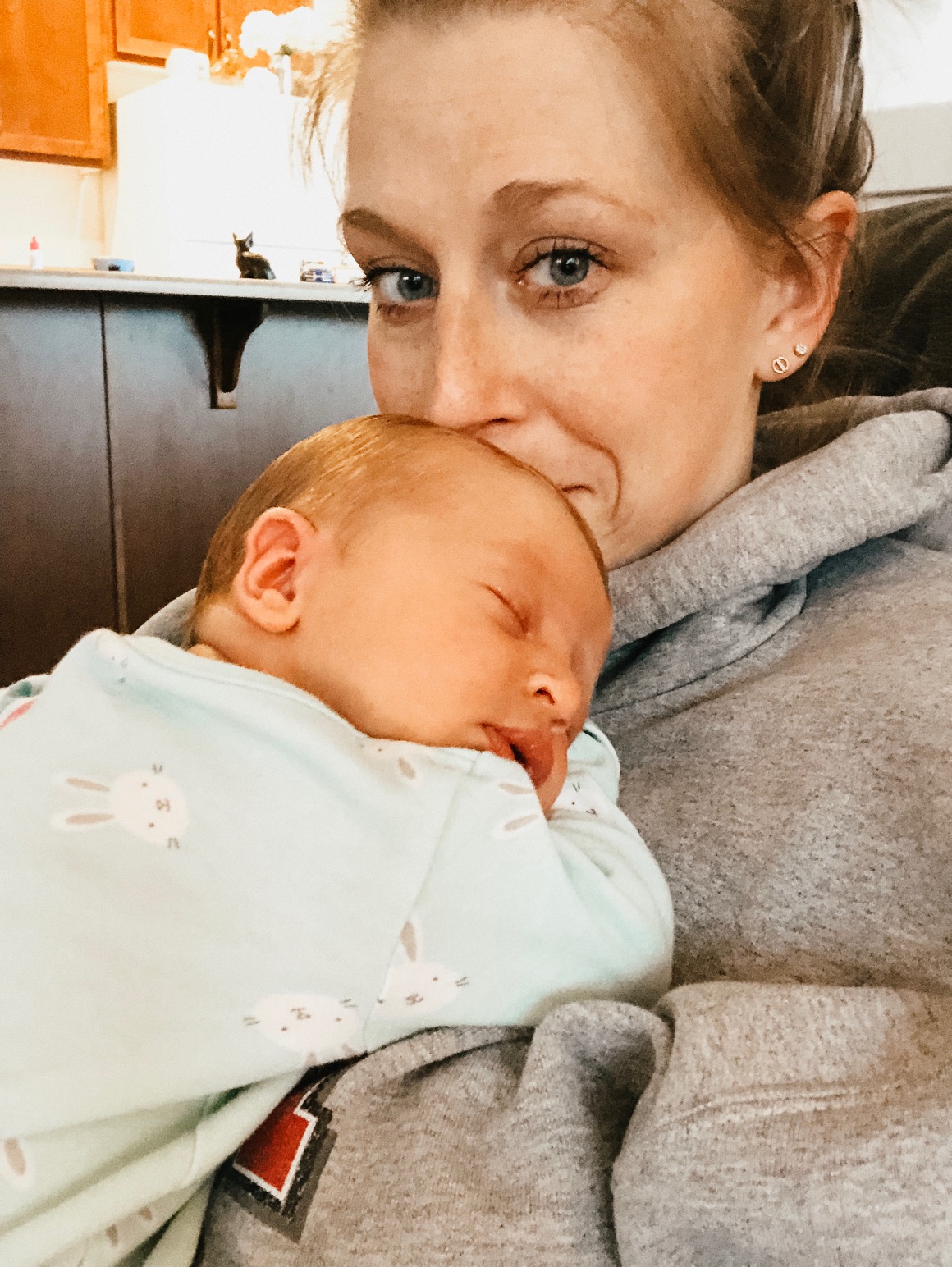 I would never wish a labor like that on anyone, but the delivery, itself, was easy, and I’ve recovered so well. I like to say that I do better with my babies out than in, and I honestly feel like a new woman! Mieke is a pretty easy baby thus far, and she’s the perfect missing puzzle piece for our little family of five. While this birth was nothing like I’d prepared for or hoped for, frankly, I wouldn’t change it for anything, and we’re just so grateful that Ryan made it in time and that she arrived safely and healthily. Each of my birth stories have been so different. Spencer’s was rather quick and exciting. Porter’s birth was pure chaos, and Mieke was our little wild card, but heck…we’re just so happy she’s here now!