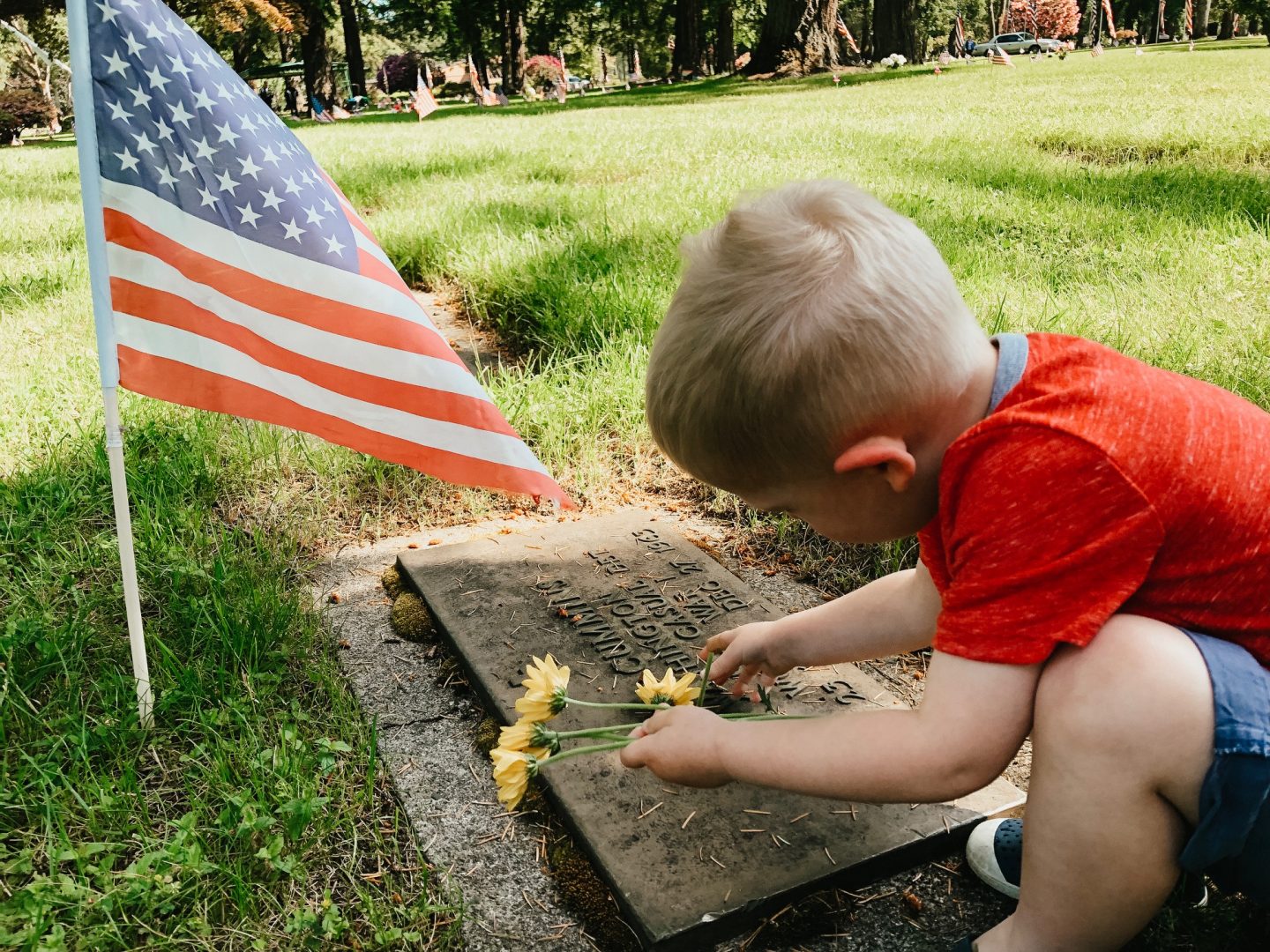 And just like that, the first real three-day weekend of this deployment has come and gone, and that’s a wrap on Memorial Day. This was my first long weekend with three children solo, and I’m so grateful that I didn’t actually spend it alone. Instead, we got to spend the day with friends. I was lucky – or blessed, depending on how you look at it – to meet a fellow mama with a kiddo in Porter’s class. As fate would have it, the two of them play well together, Spence loves being the big kid of the group, and she has twin girls who just turned 7 months old. Lucky for me, she was spending her Memorial Day solo, as well, so we decided to sister wife it up, and fun was had by all.

Before anything else though, the boys and I decided to make good on our promise to Daddy that we’d continue our Memorial Day tradition while he’s downrange. Last year, we visited one of Black River’s local cemeteries to lay flowers for fallen soldiers. I honestly wasn’t sure if I had it in me to go with three kiddos solo, but I didn’t to forgo a tradition and the chance to teach my children what the holiday is all about. So, at the eleventh hour on Sunday evening, I placed a last-minute grocery pickup order of yellow daisies, and we picked them up bright and early Monday morning. 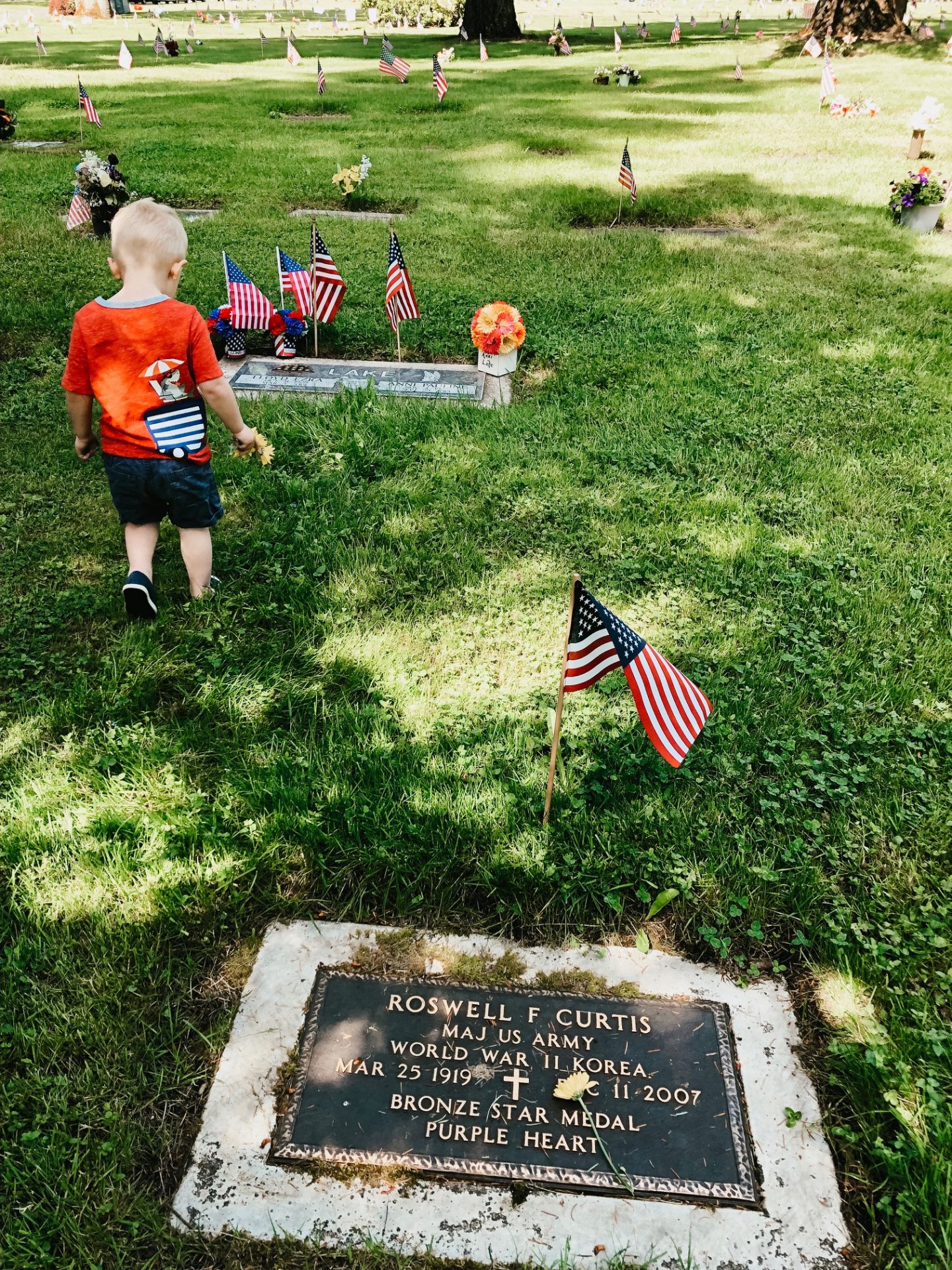 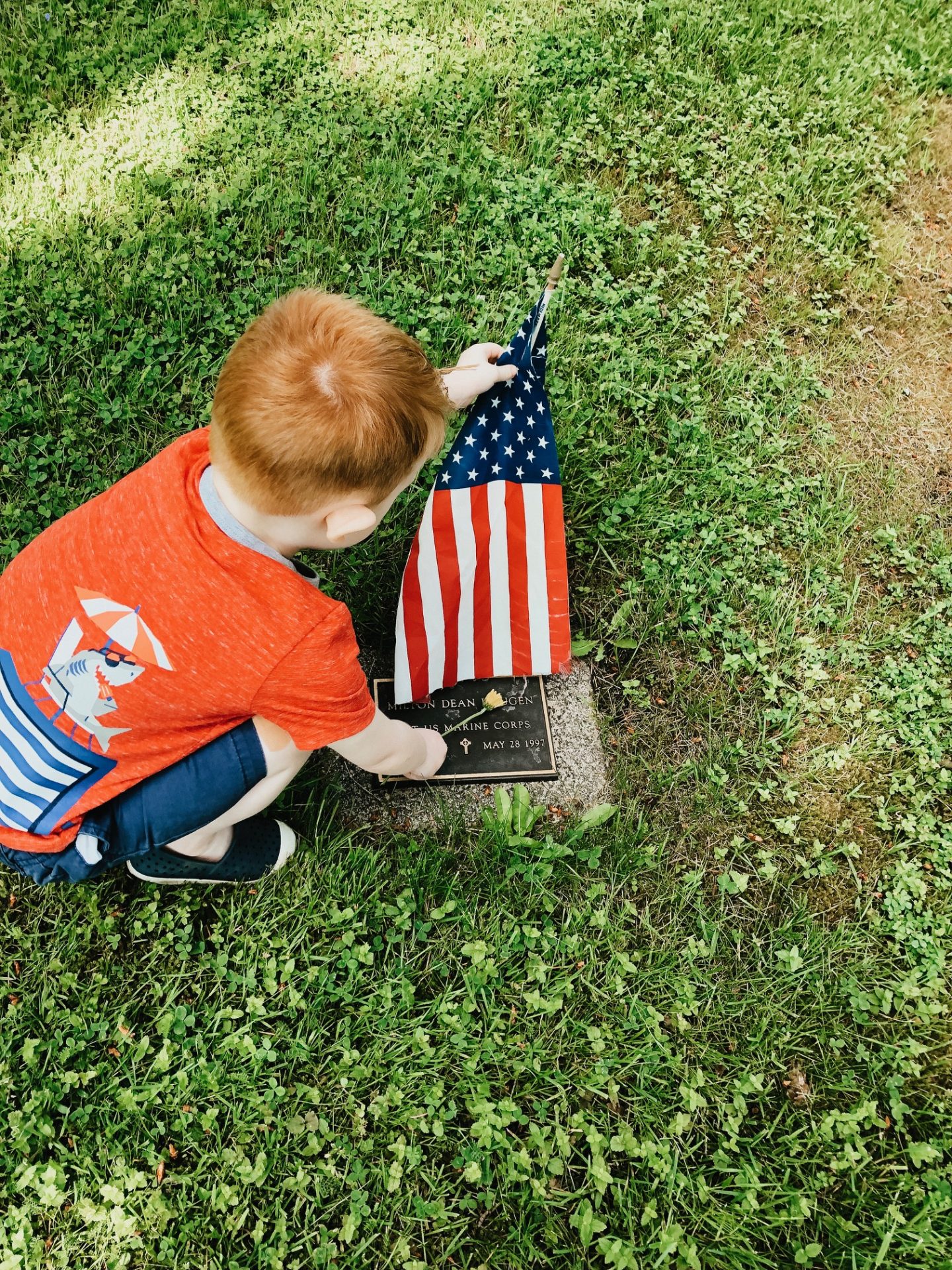 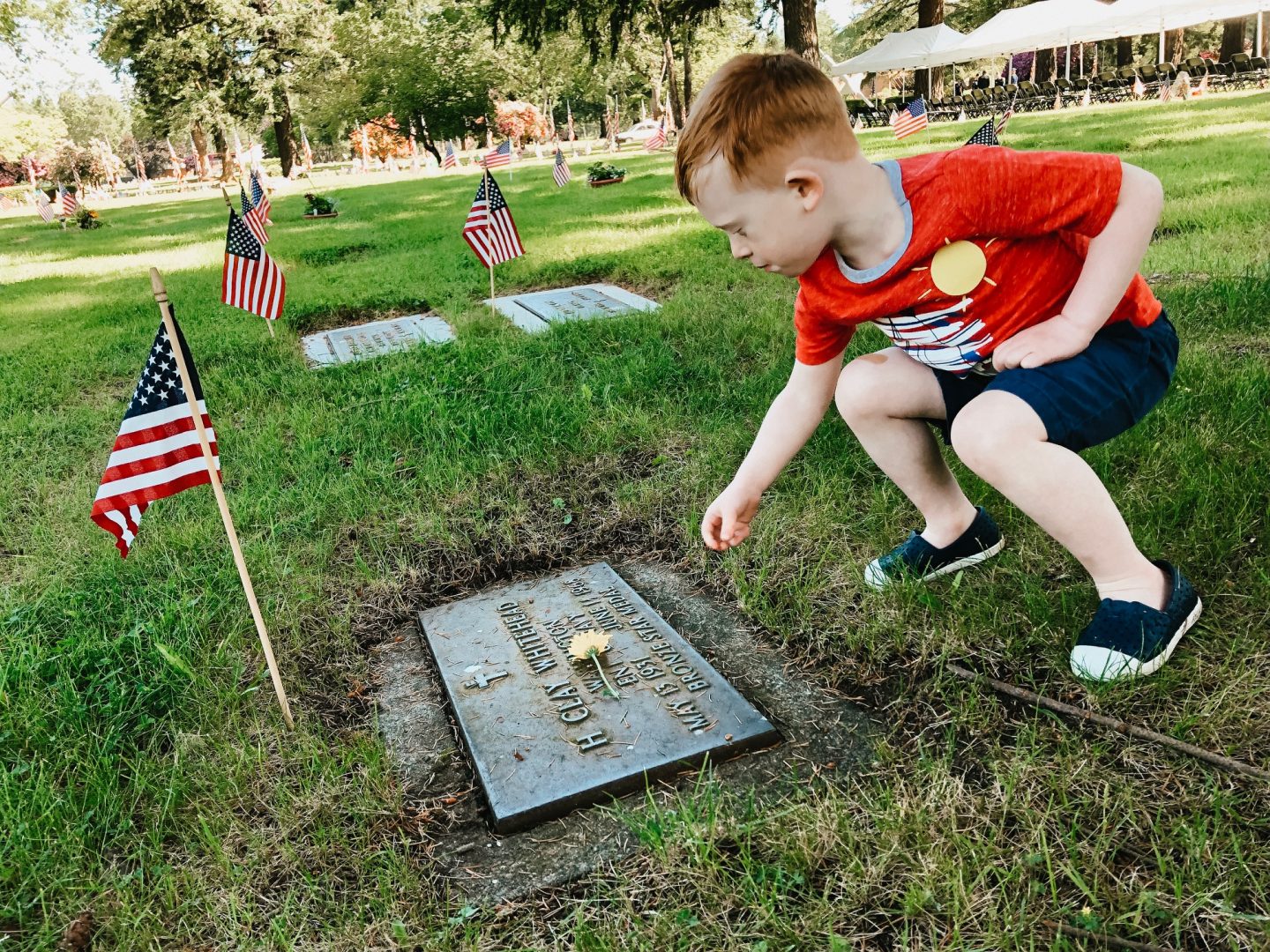 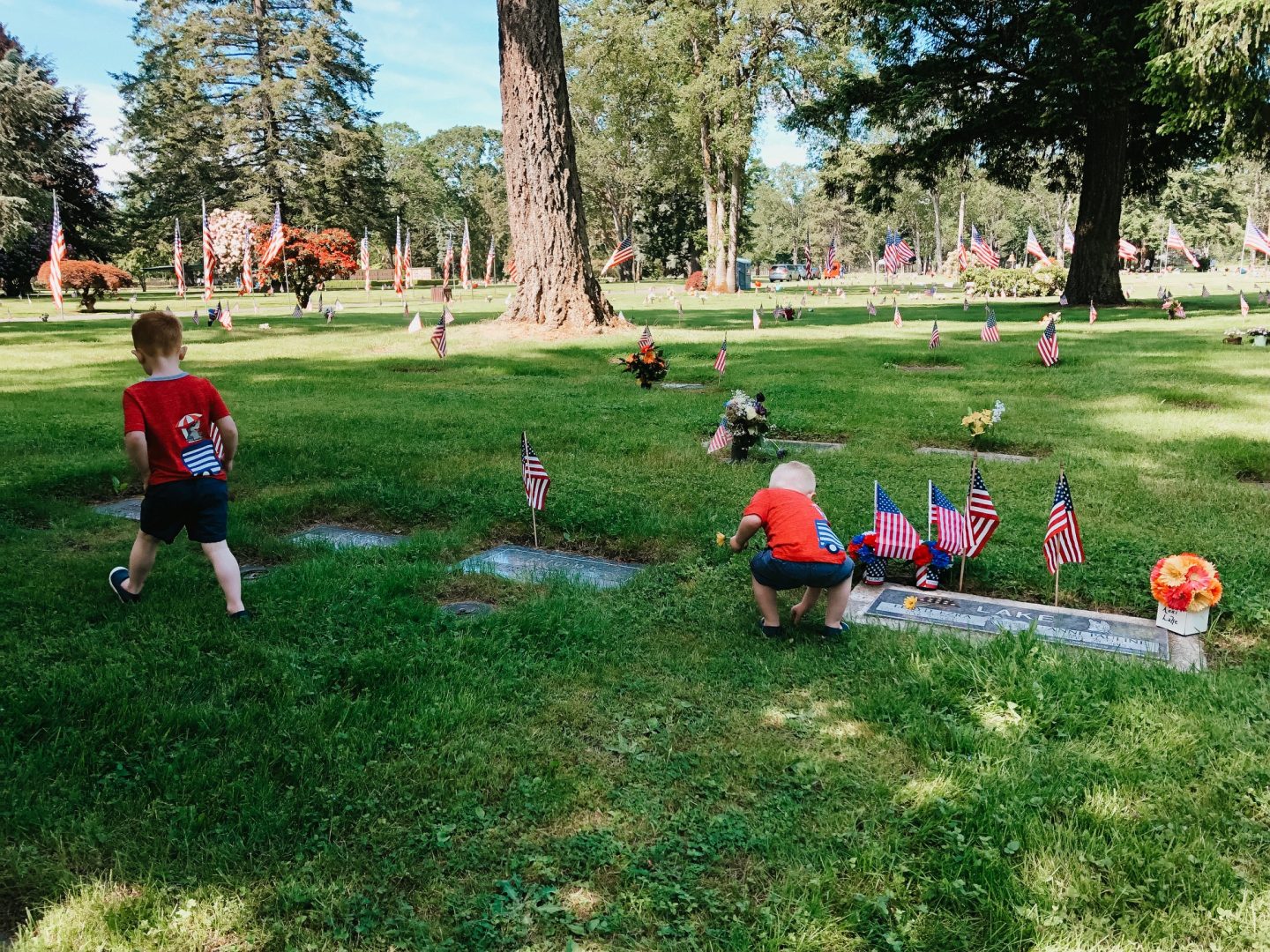 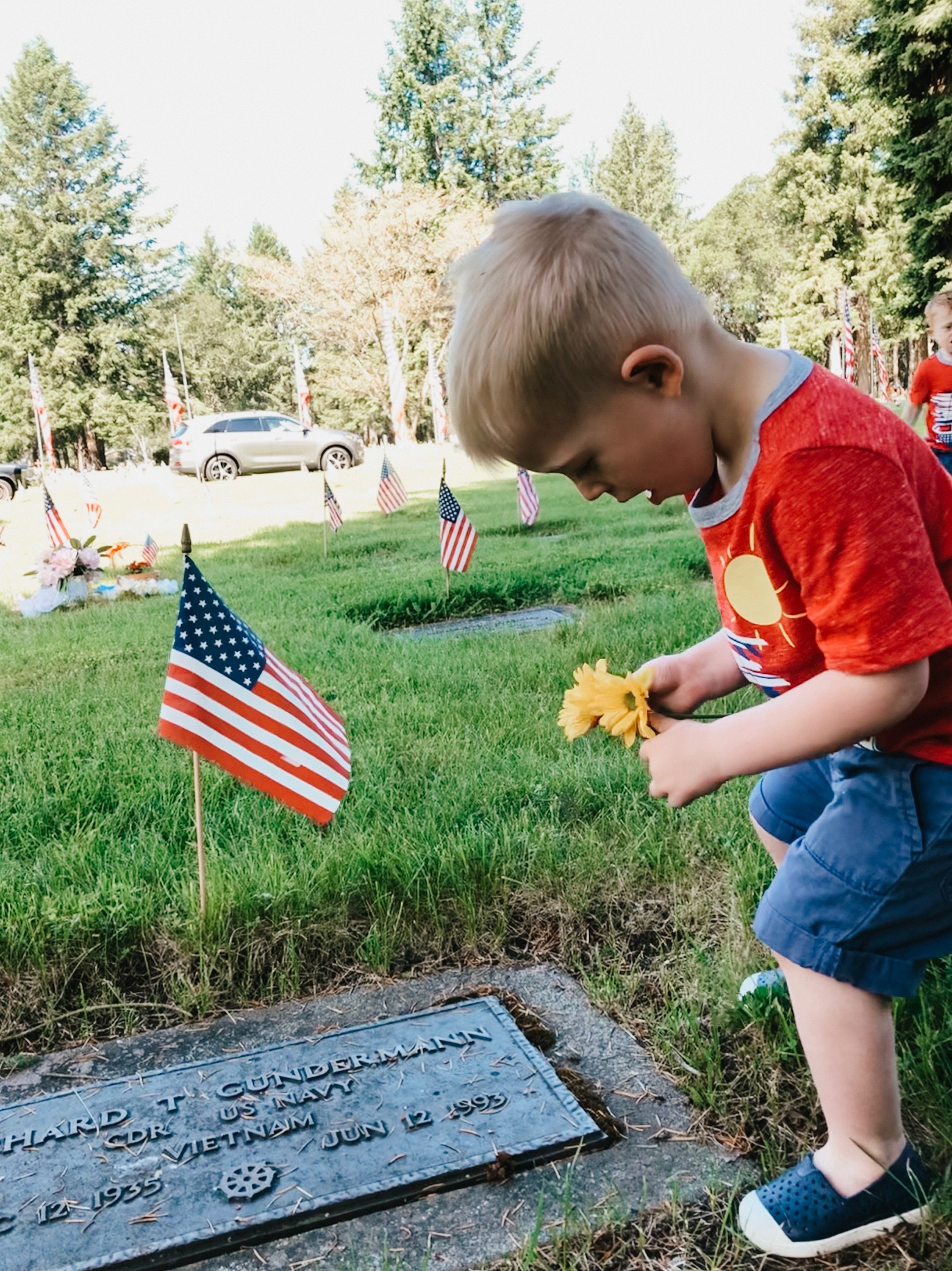 After a hefty search the evening prior, I decided to head to New Tacoma Cemetery…mostly just because I knew where it was. I wasn’t sure anything would be well-marked, but I was immensely surprised to see that the entire field was adorned with mini flags, and a fire truck parked near the entrance held a massive flag aloft, welcoming you into the gates. I’ve since learned that they hold a Memorial Day ceremony, an we were there prior. The boys and I took the time to lay flowers carefully, as I showed them the little details. Some were veterans of World War I and World War II, many were from Vietnam and Korea. Some were far too recent.

I’m not sure how much of it sinks in at this age, but I like to think that these little traditions plant a seed somewhere deep inside them so that later in life they’ll understand the significance of holidays like these. They were little troopers taking it in stride while Mieke snoozed away, and they were well rewarded with the opportunity to sit in the aforementioned fire truck. 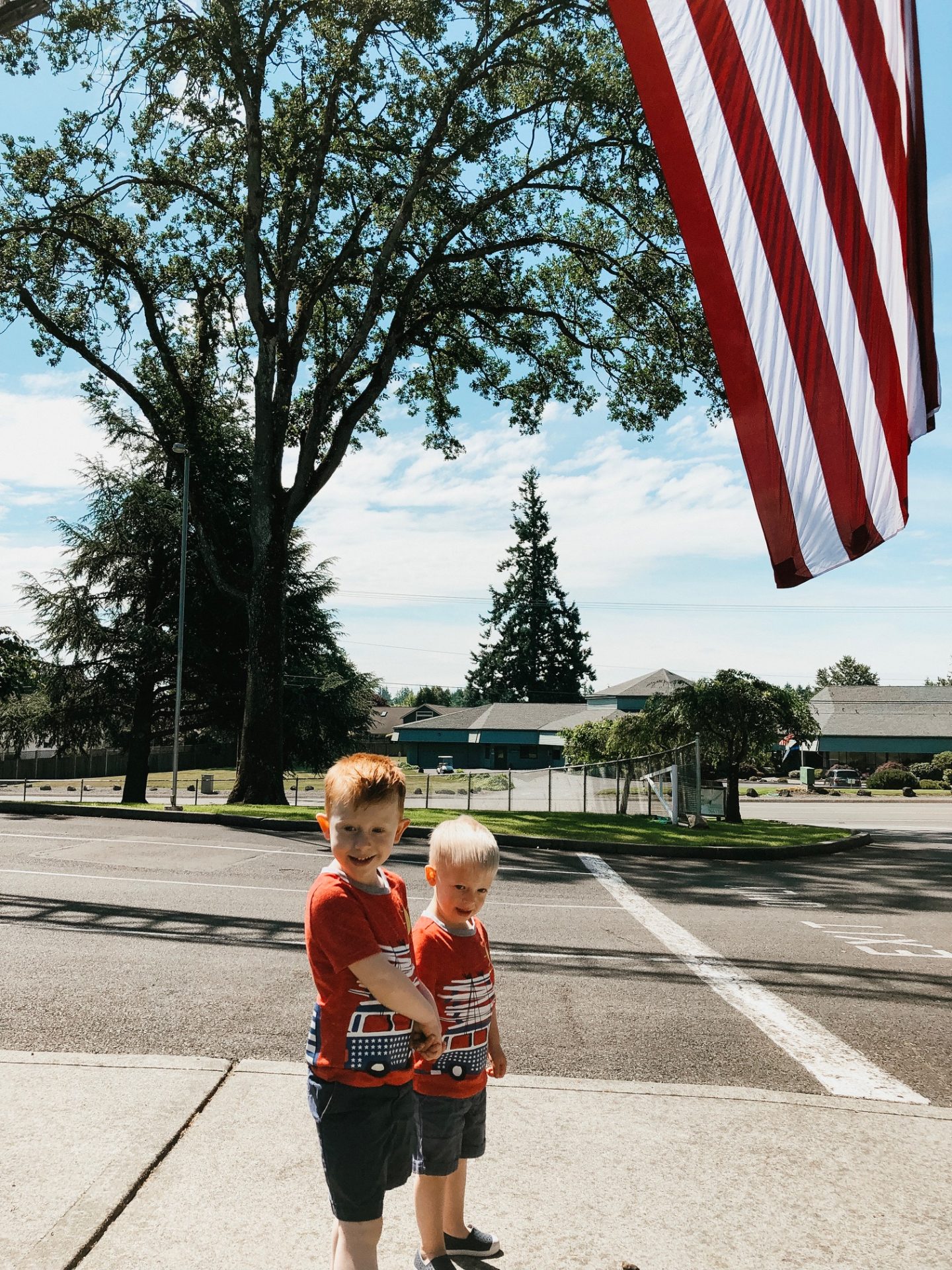 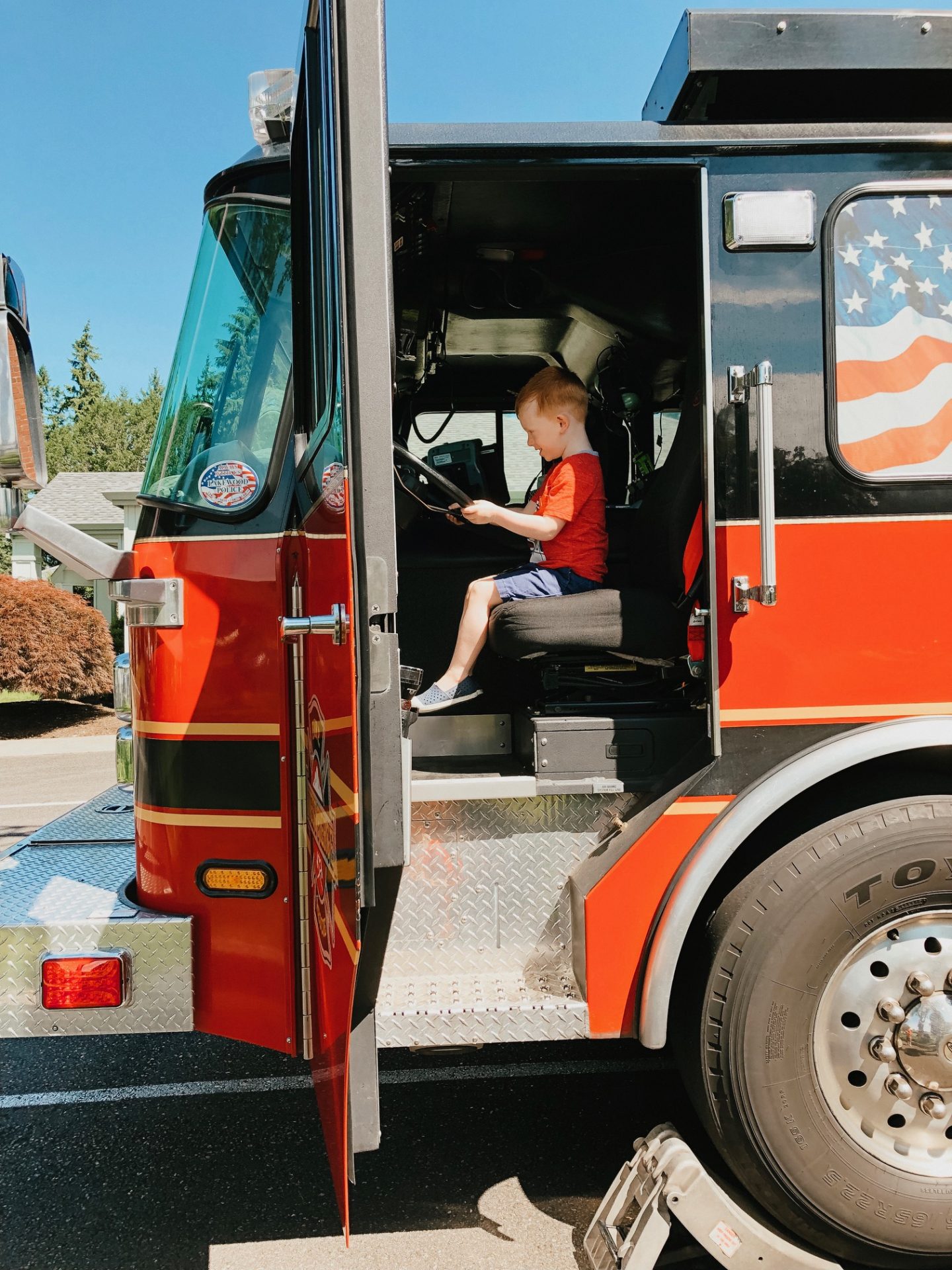 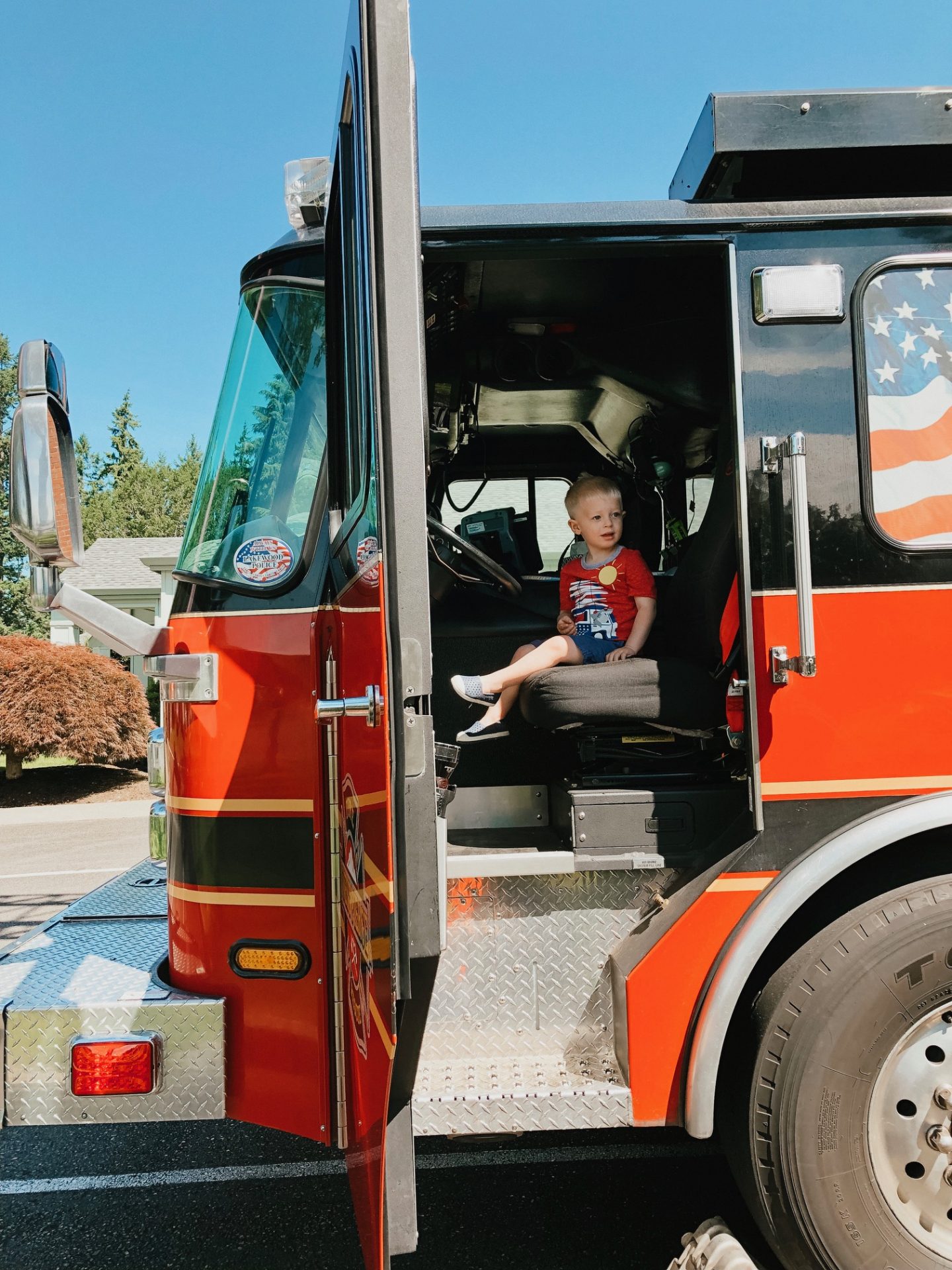 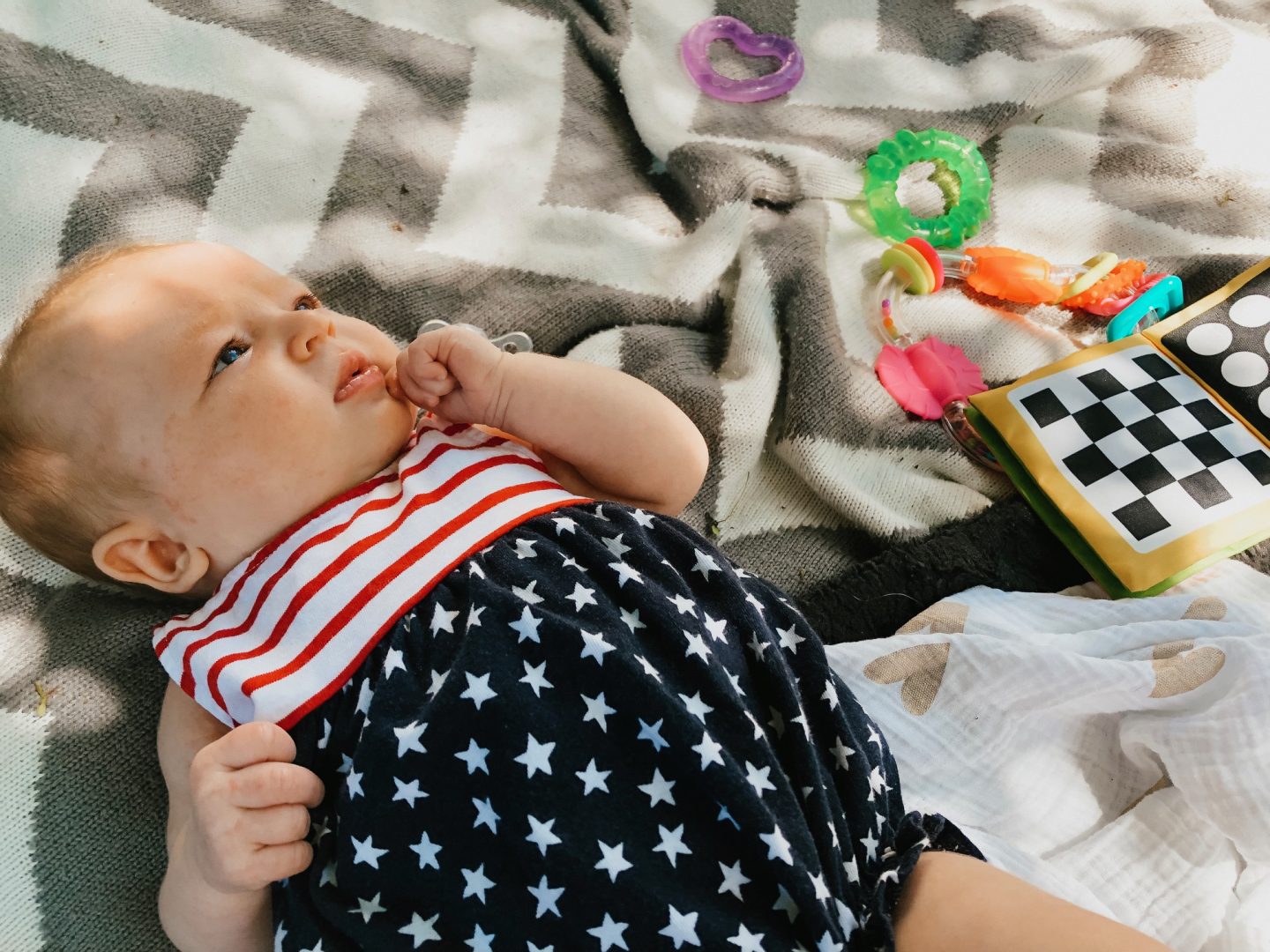 It was a simple holiday with great people who’ve become fast friends, and I was pleasantly surprised by how wonderful the day actually was. Maybe it was the fact that I took some time for self-care on Saturday, or perhaps it’s the fact that we’ve actually met some friends with whom we enjoy spending time. Or, maybe the universe is rewarding us for doing hard work even when it’s inconvenient. Whatever the reason, this Memorial Day was oh-so-sweet.