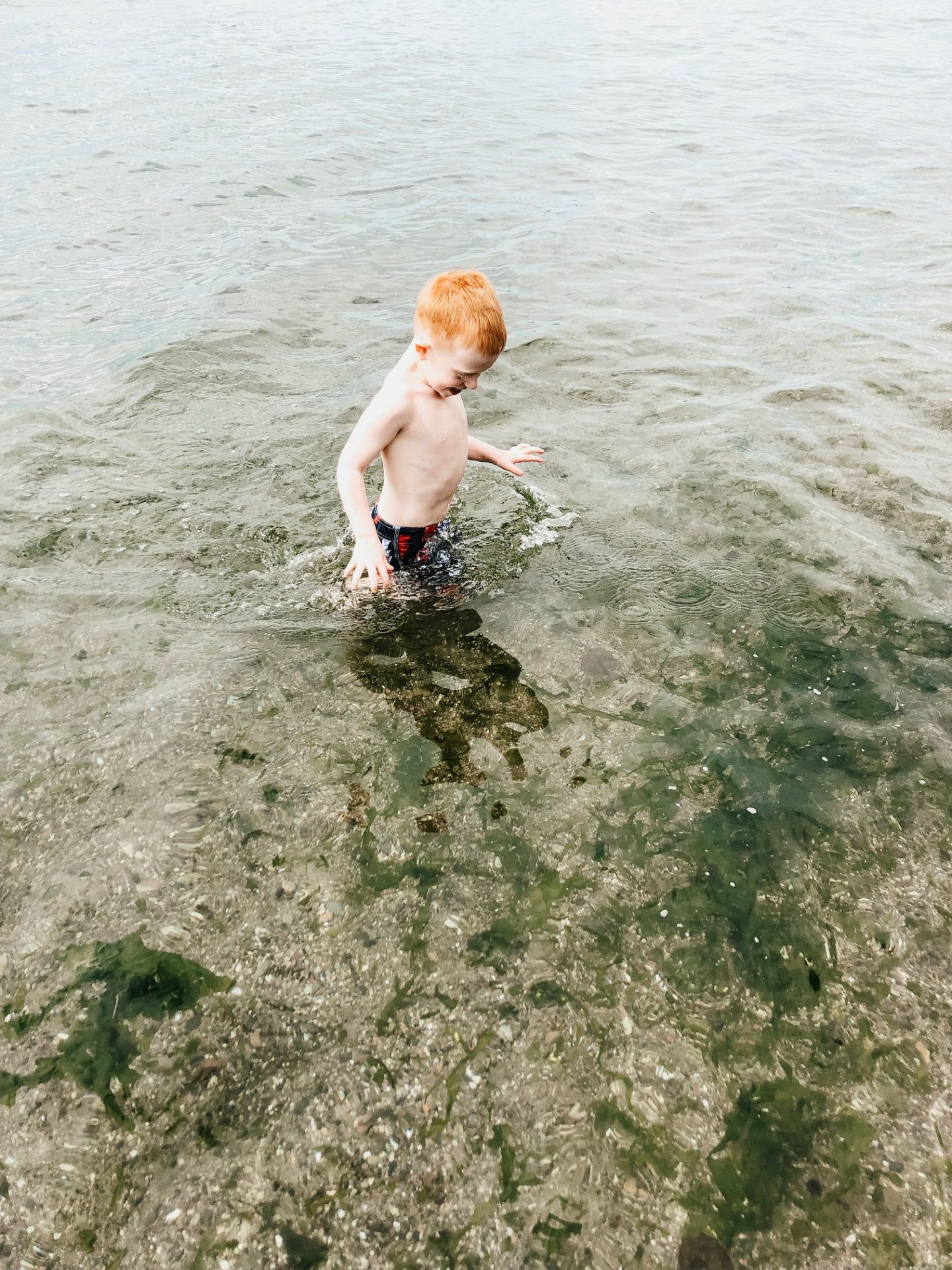 After a fickle spring and even more fickle start to summer, it appears that the PNW has finally gotten the memo and delivered in spades. While the sun is out, you’d better believe this mama is living it up as best she can, and I got all three kiddos to Sunnyside Beach Park in Steilacoom, WA. A mere 10 minutes from JBLM North, it’s a local rocky beach in close proximity to the base, making it highly appealing to those stationed here. Funnily enough though, it never gets too busy, ensuring it’s still just as popular with the locals.

Sunnyside Beach Park offers a petite stretch of dog-friendly rocky sand beachfront, just a level or two below the train tracks, which run directly parallel along the Sound. There’s a playground and beach volleyball nets directly adjacent to the beach, making it the ultimate summer hangout, as long as you’re willing to pay for the $5 parking pass which, apparently, deters a lot of people. Not us! I scrounged up all the change in my car, stuck it in the little pre-pay bin, and we made our way down to the beach. 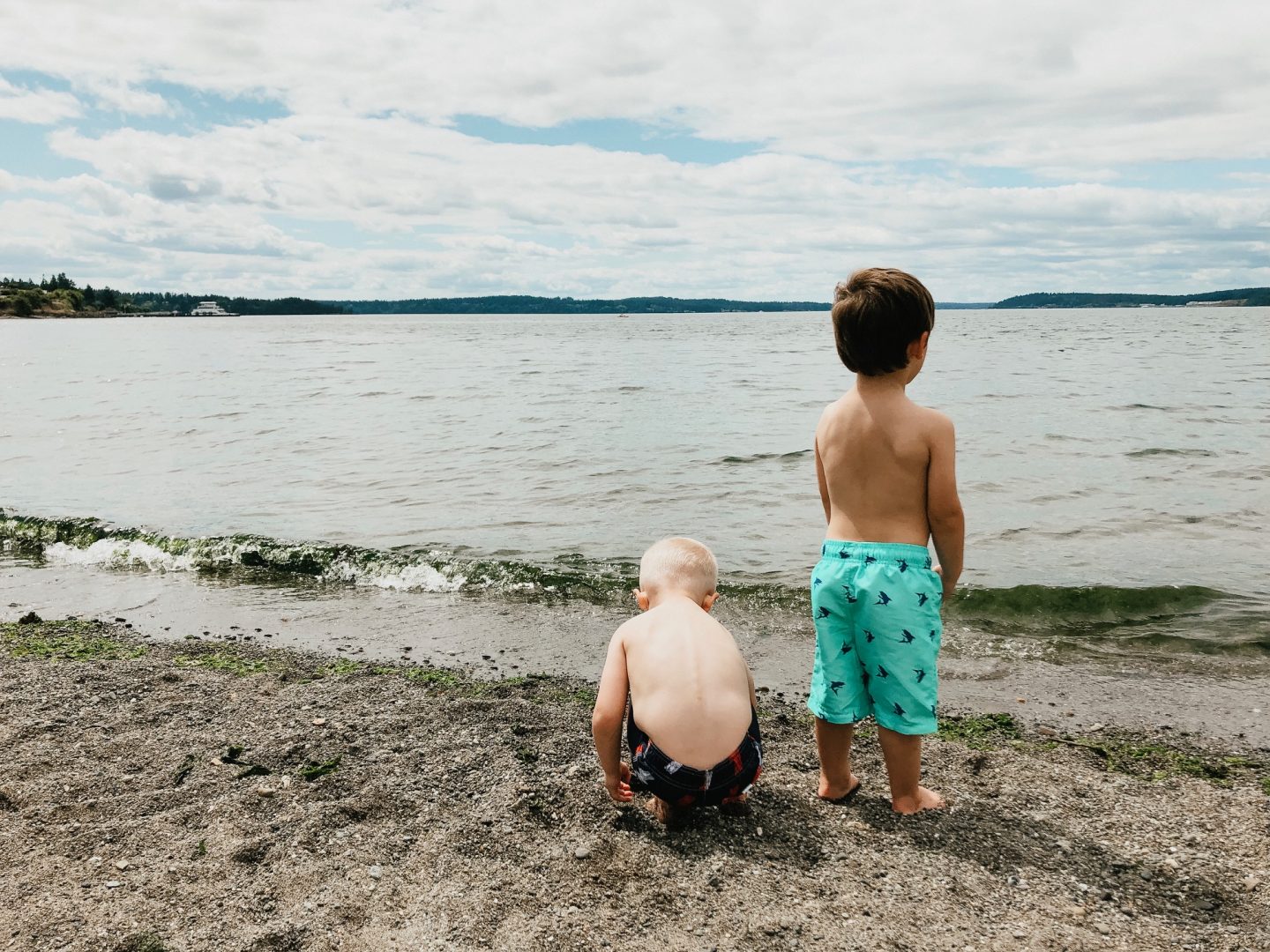 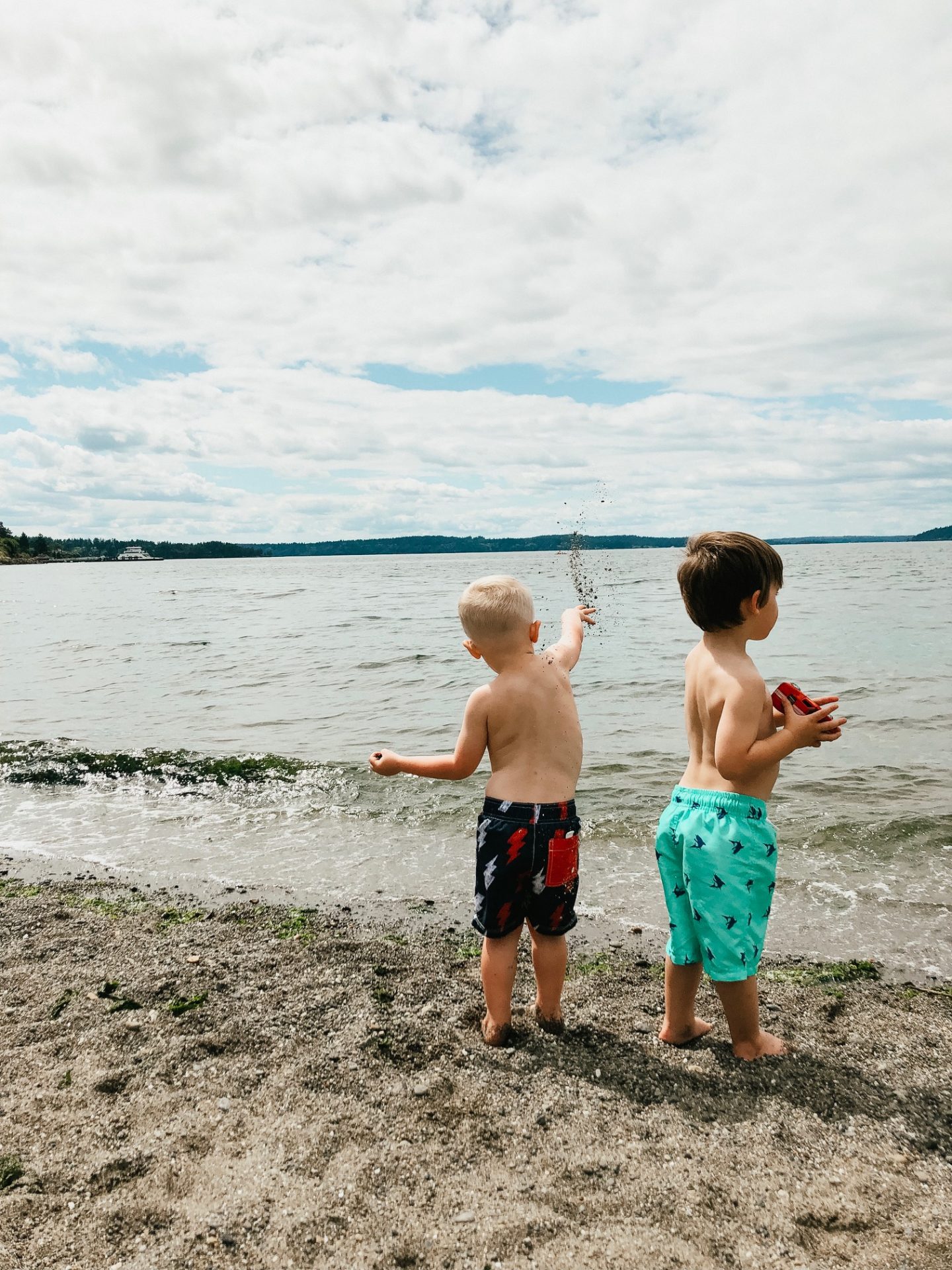 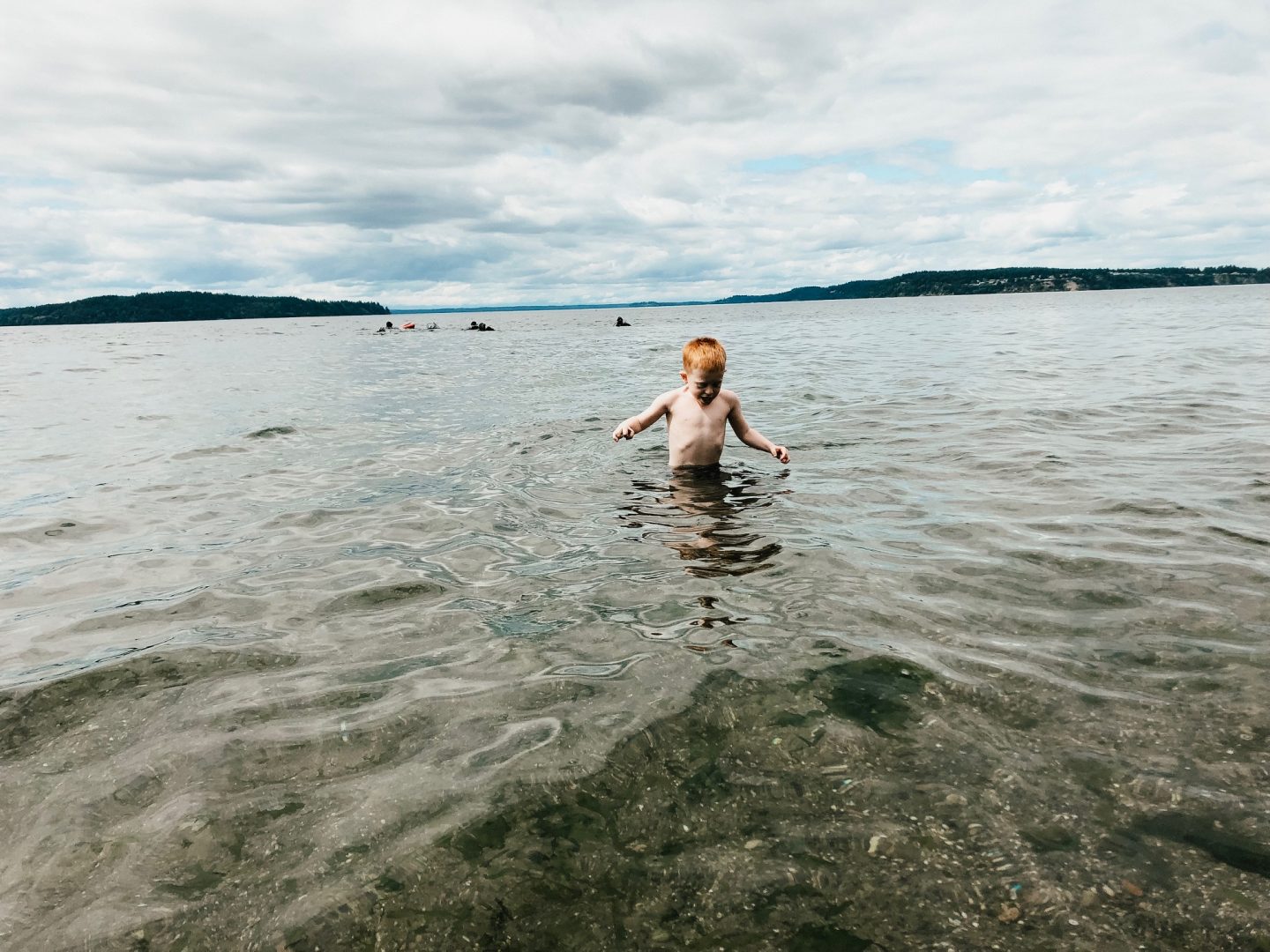 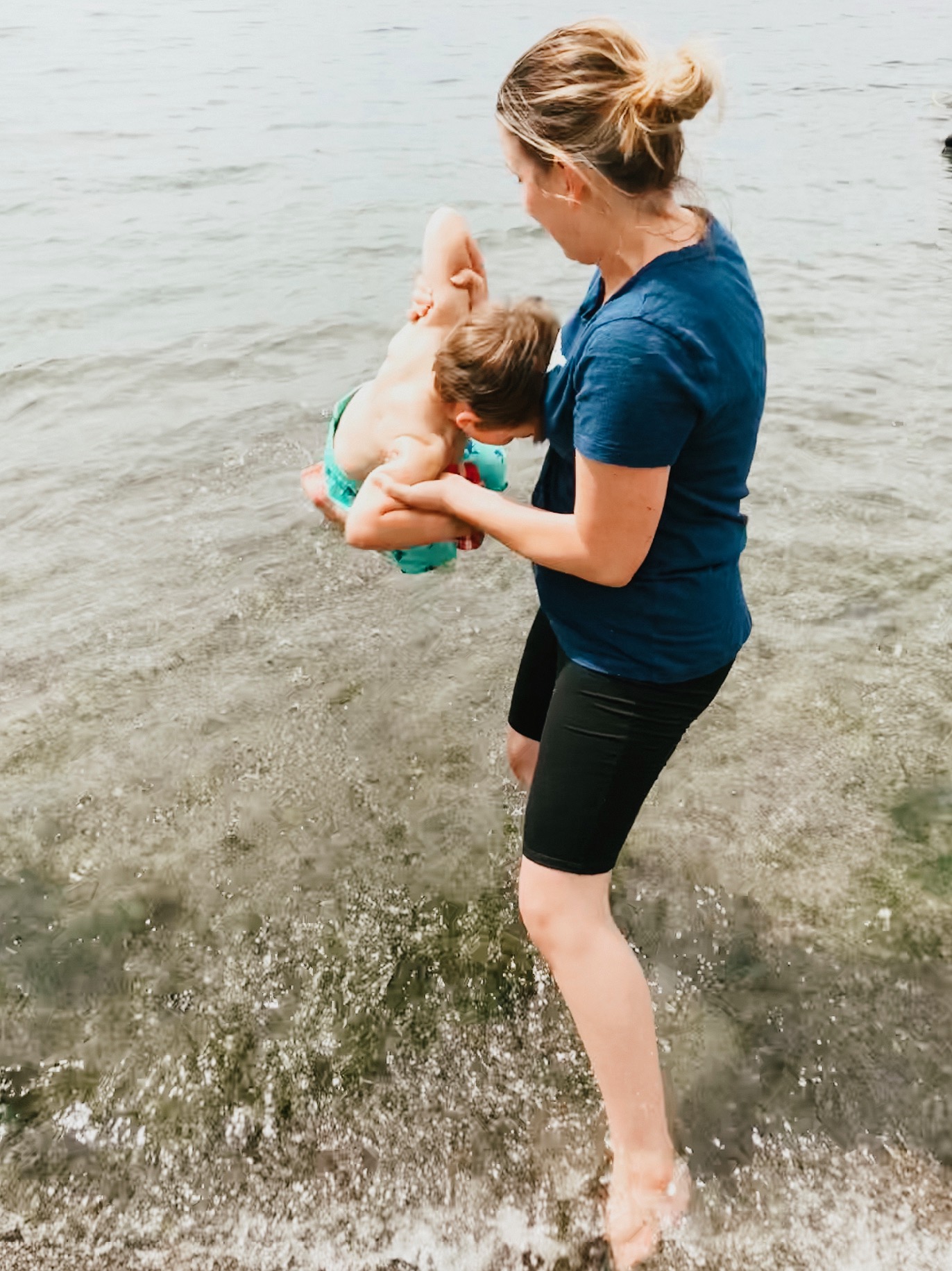 We were quite the picture. I had Mieke strapped to my chest, Spencer and Porter in tow with their beach buckets, a bag full towels and snacks, and our amazing popup beach tent, which was a $49 impulse buy from Costco. As an aside, if you’re looking for something easy and affordable for sunny beach days, you should get this Lightspeed beach tent! My friend Hannah and her son, Elliott, joined shortly thereafter, and we enjoyed a lazy summer afternoon in the sun together.

Dare I say there’s no better way to pass the time of deployment than to just embrace the suck, get out there even if it’s uncomfortable, and make memories? We had a blast. My kiddos were exhausted and melting down by the time we made it to the car, but it was perfection. They threw rocks in the water, Spencer continued to charge back and forth into the chilly water, if only to fill his tiny little cup with water. Even Mieke dipped her toes in the water, though she was less than impressed. 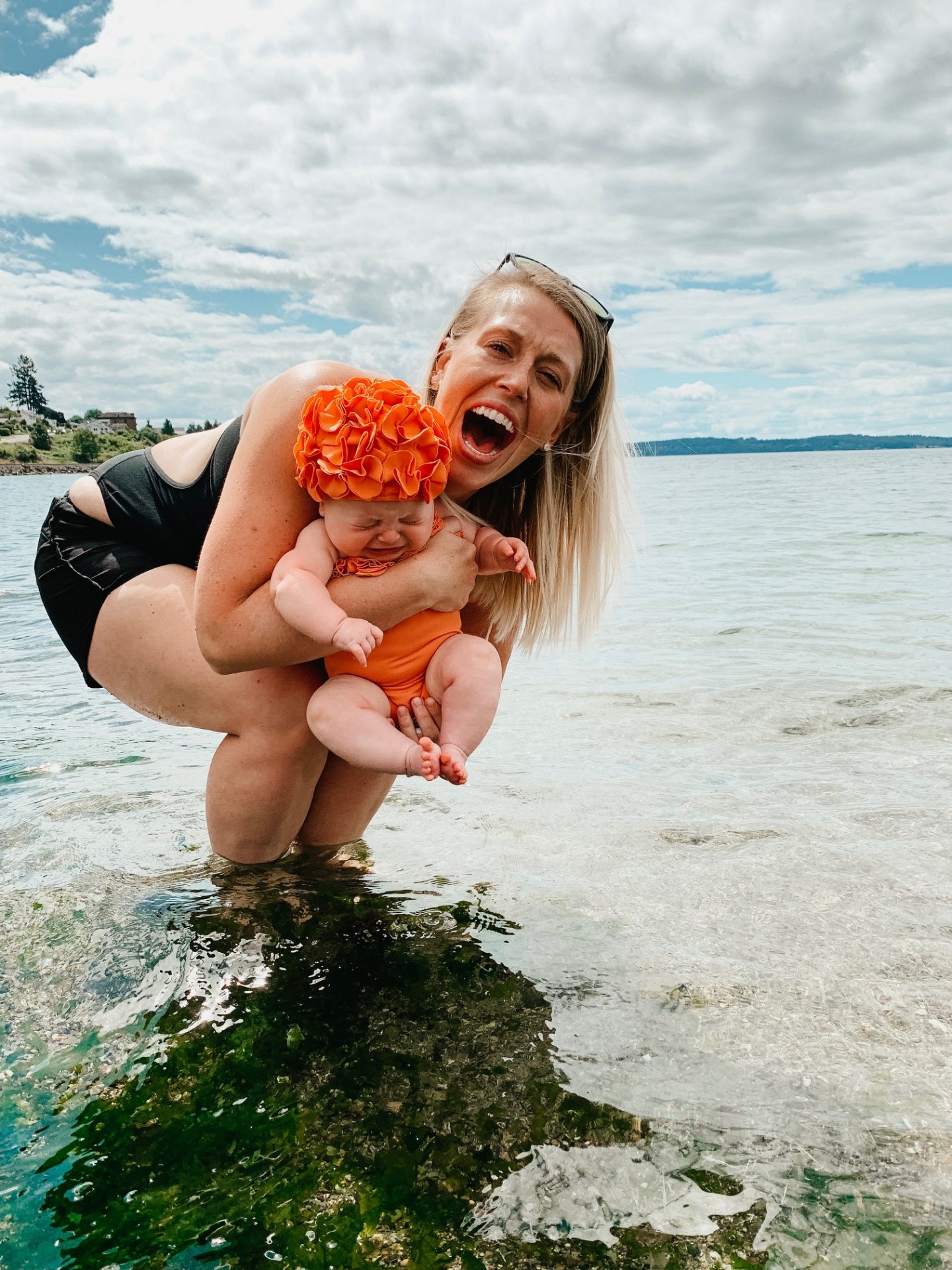 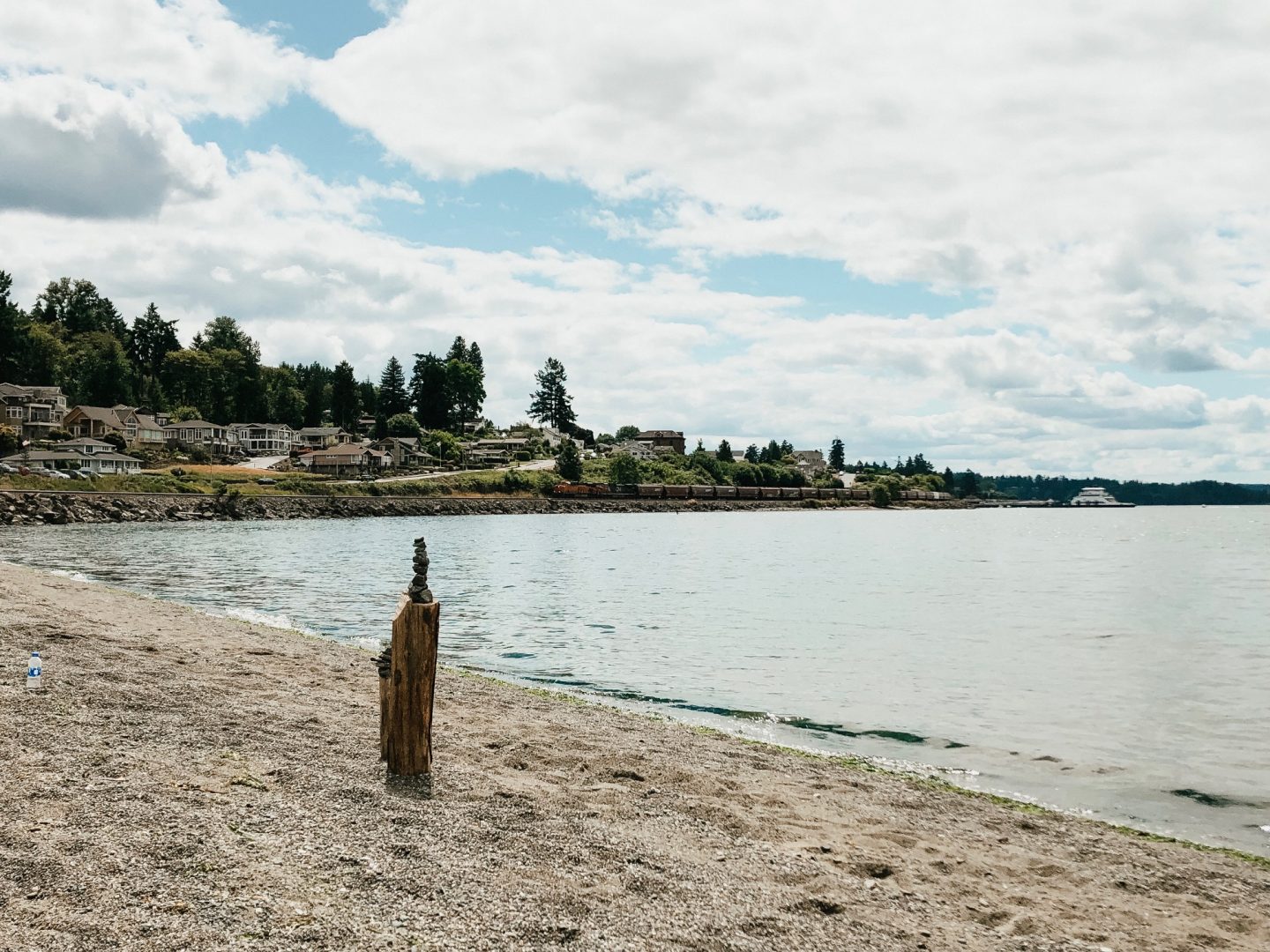 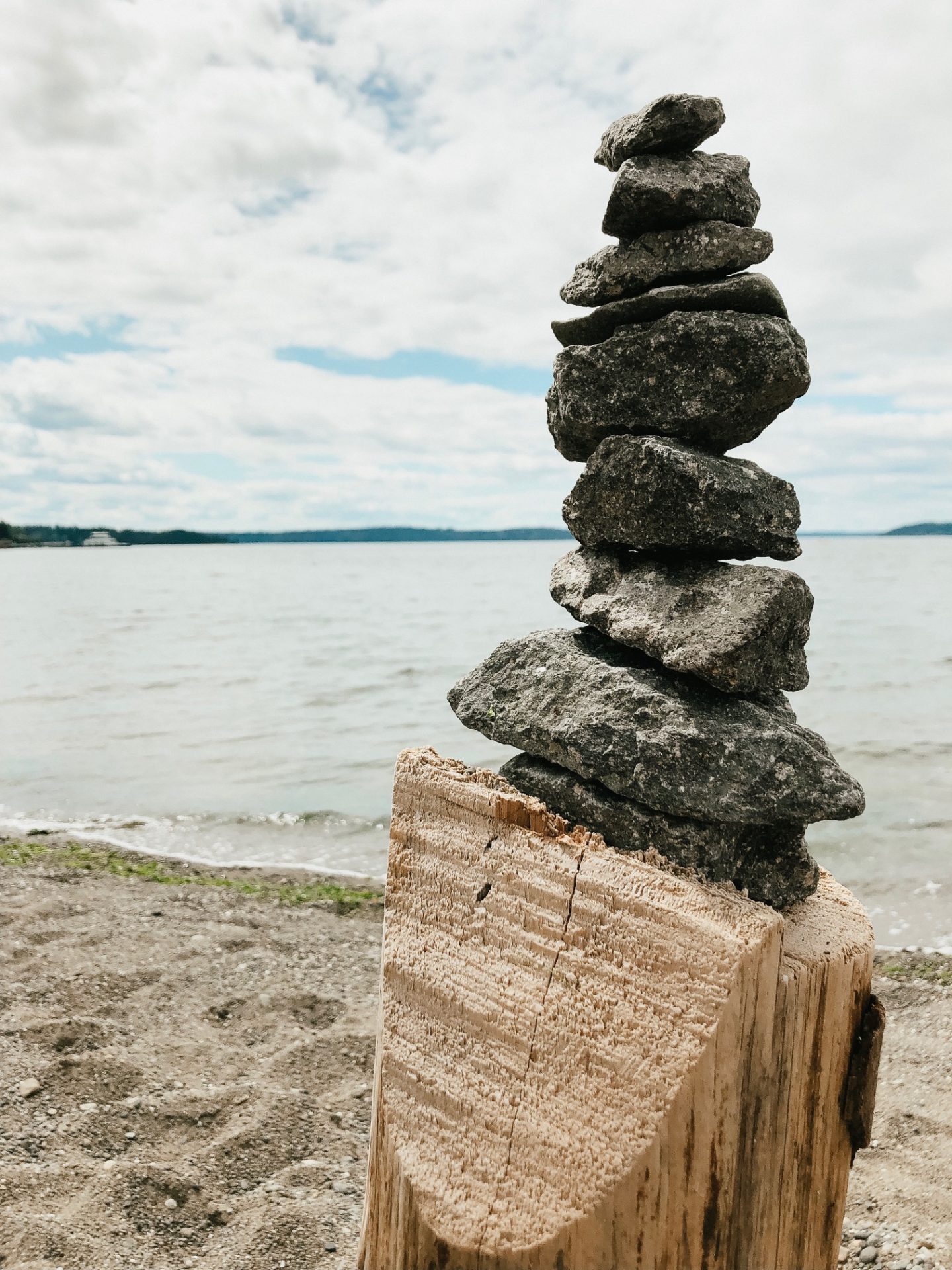 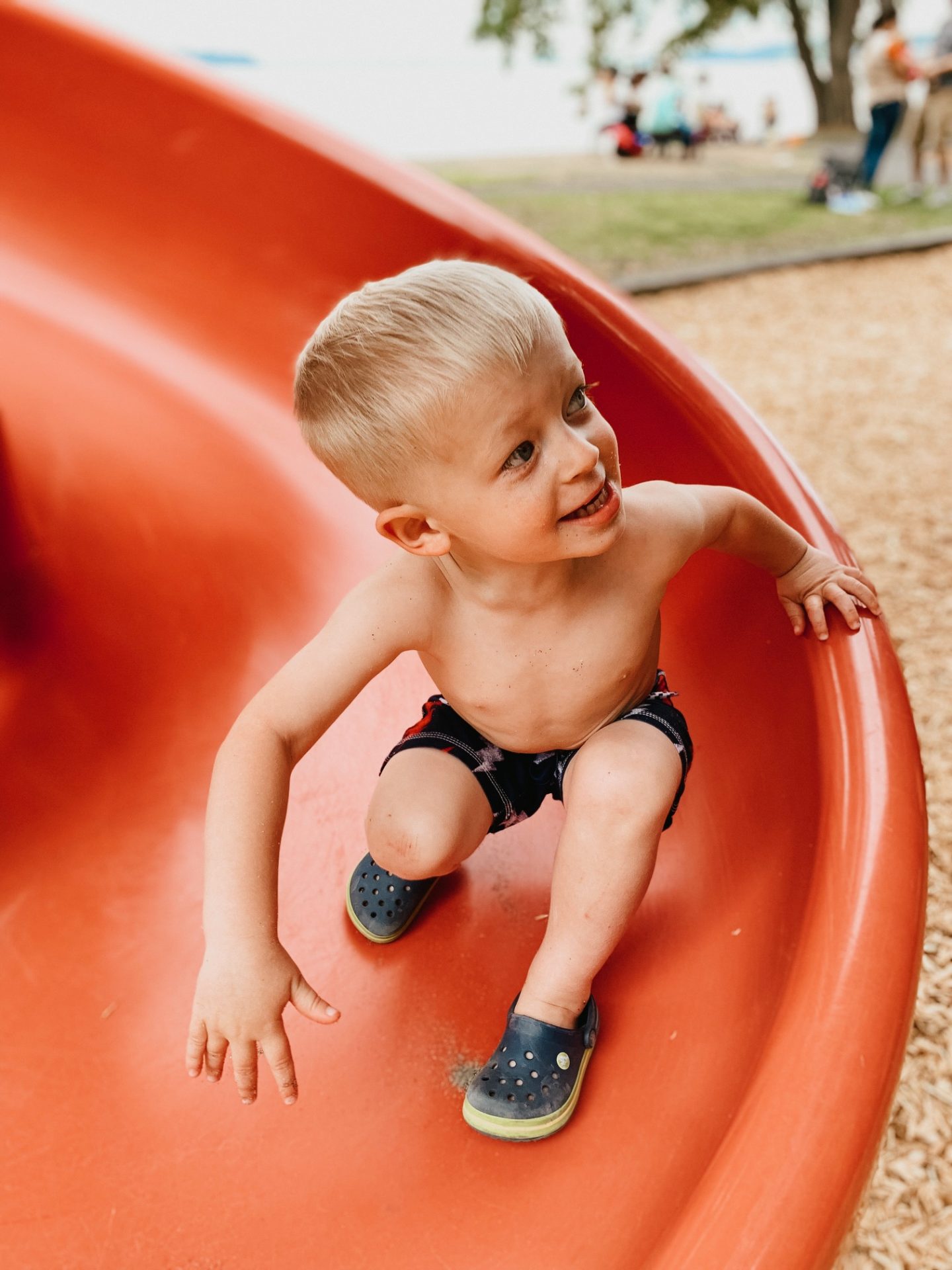 I remember lamenting at Fort Drum at first that there were not enough activities for kiddos. We turned things around, and we found a million options for adventure, and there is definitely no shortage of options here. From beaches to ballgames, parks to playgrounds, restaurants to outdoor adventures, JBLM has everything, so long as you’re willing to look (and bear the i-5 traffic). Plus side here? No traffic, local beach, and a million little memories made in one single afternoon at Sunnyside Beach Park.