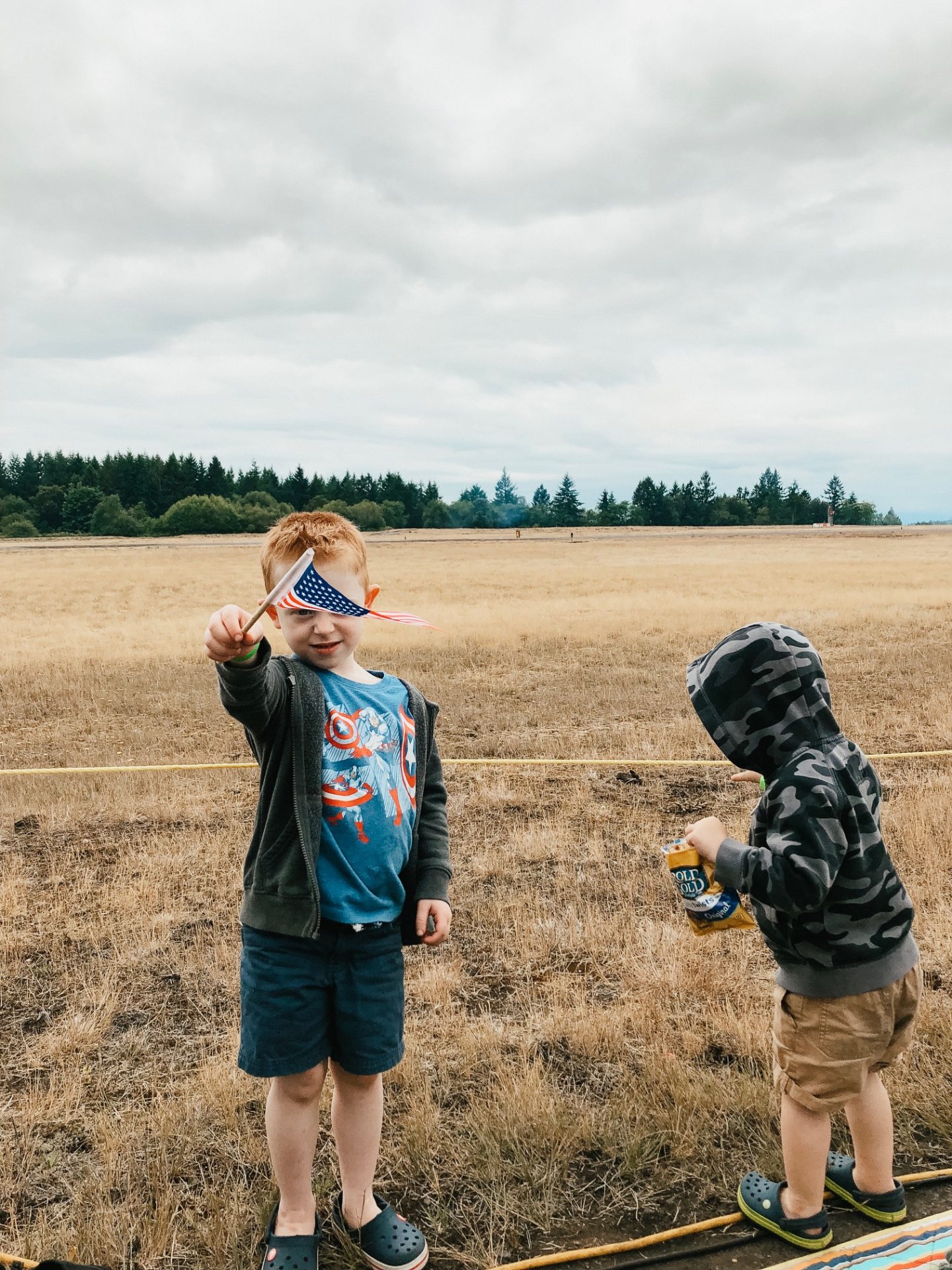 This weekend, for the first time since Mieke’s birth three months ago, I decided to be really bold. I loaded all three children into the car and headed out to Gig Harbor Wings & Wheels solo. To be honest, I was terrified. I was outnumbered, slightly overwhelmed even getting them into the car, and entirely unsure as to how it would go, but I wanted to do it. I’ve had my eye on Gig Harbor Wings & Wheels for a while now since it popped up as a suggested even on Facebook. So, I threw caution to the wind, and I decided to do it because #yolo…and we only have two more summers (at the most three) left in Washington.

Wings & Wheels is an annual event, now in its ninth year, hosted at the Tacoma Narrows Airport. It features World War II era fighters, aerobatic exhibitions, a massive car show, food, arts, crafts, vendors, and more. It’s a happening event and, as an Army aviation family, I knew this would be something Ryan would have loved to see with his boys, and I was positive that it would be something the boys would enjoy. 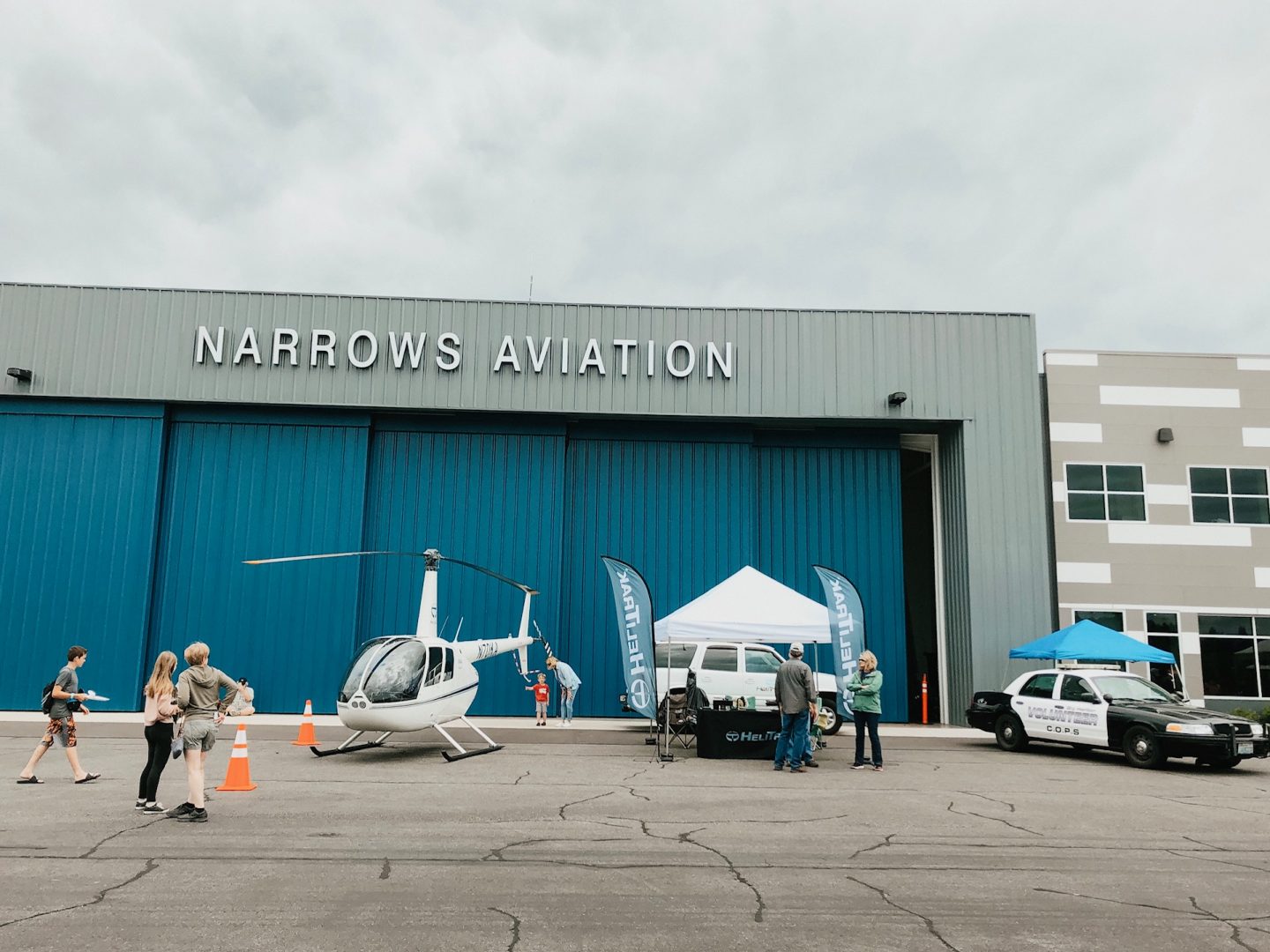 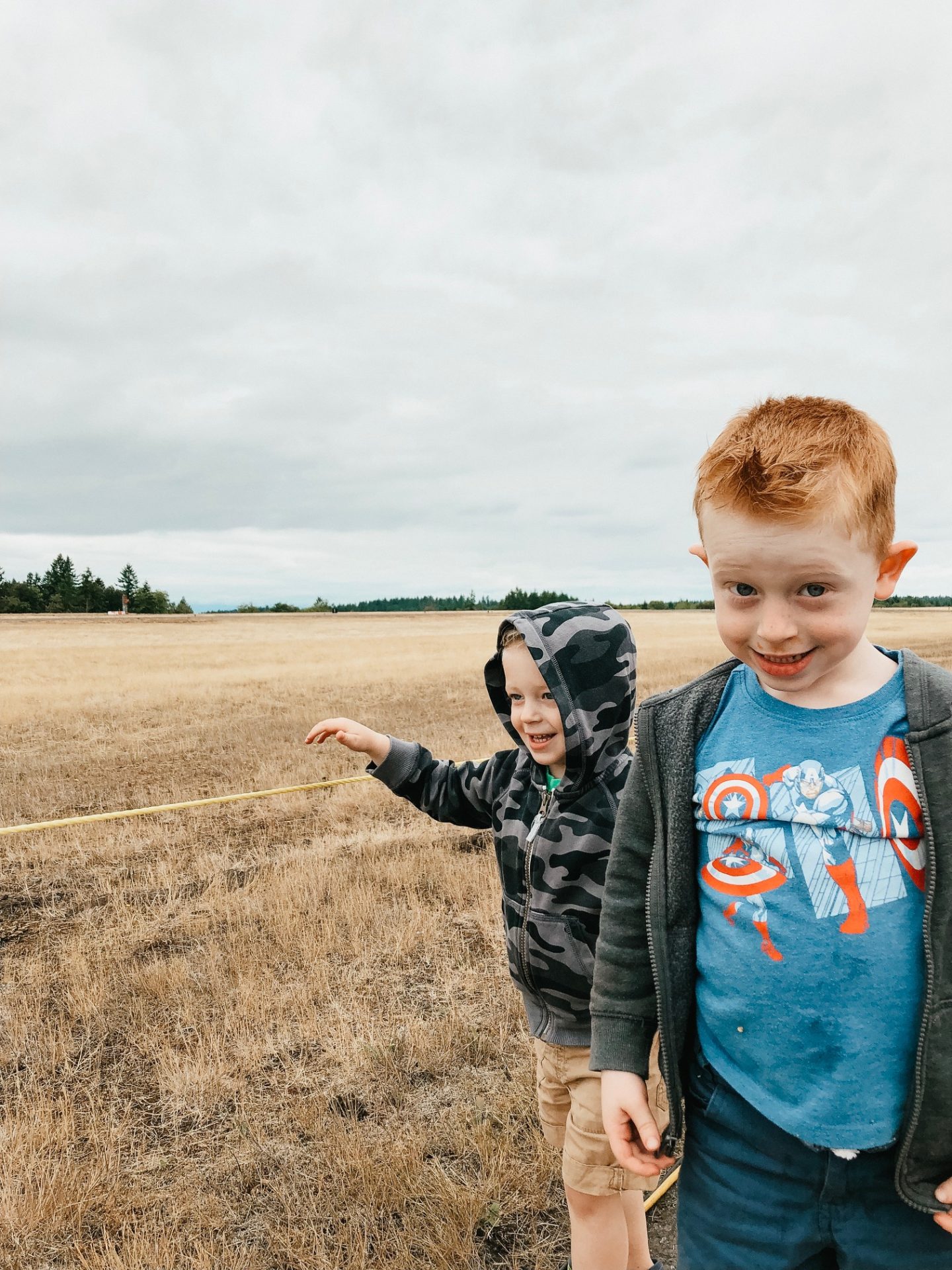 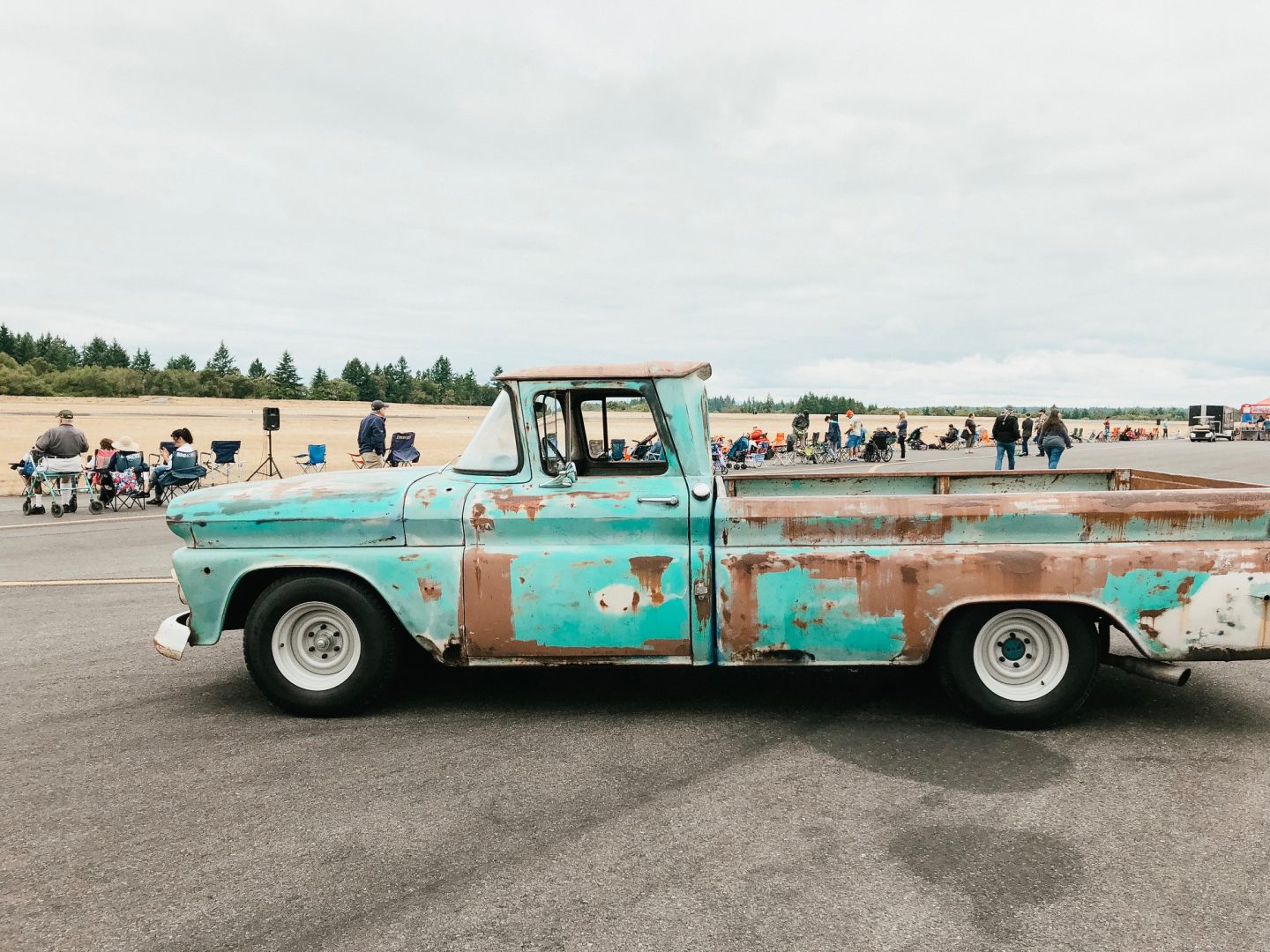 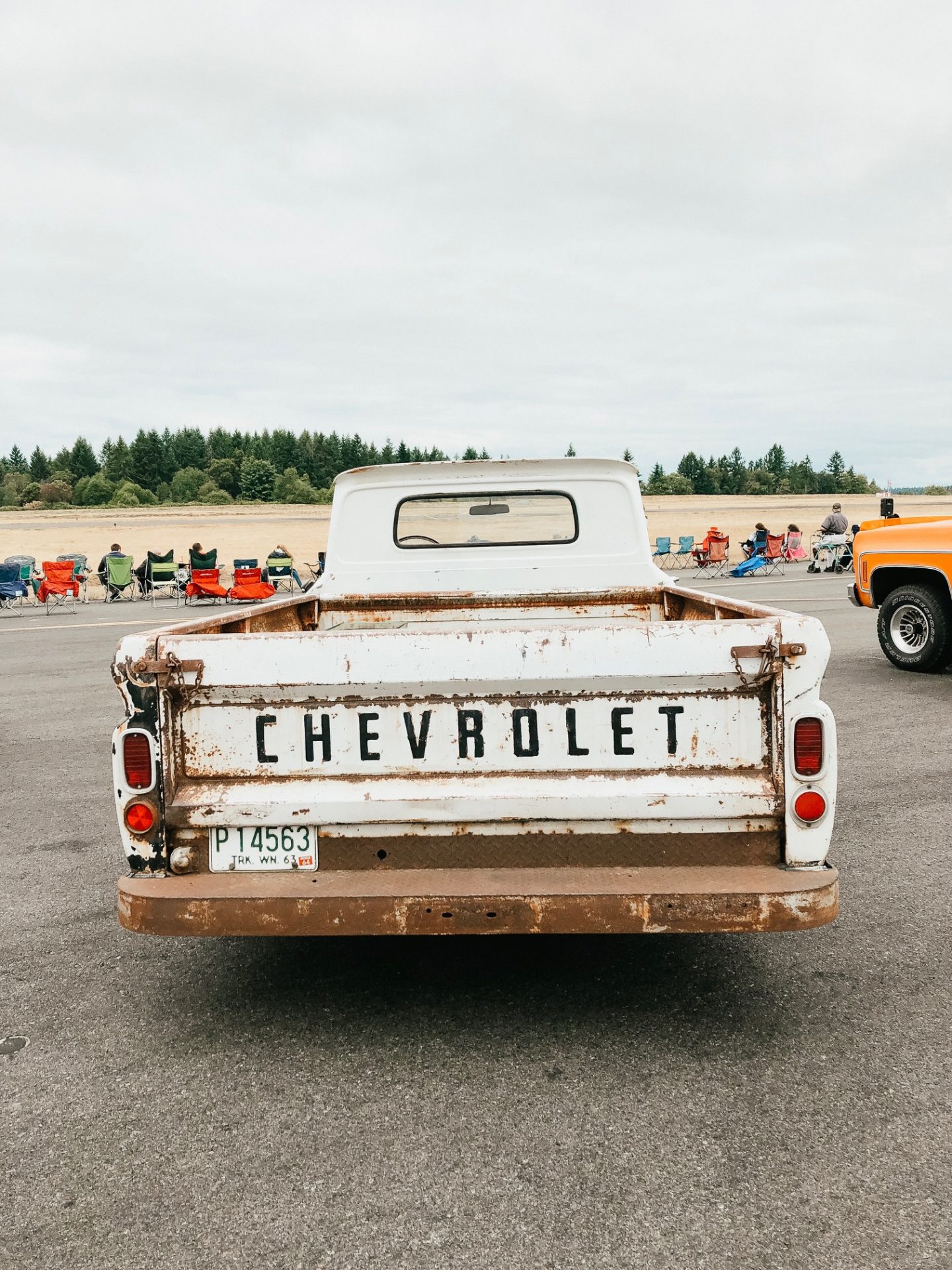 There were a few types of tickets available. General admission was $20 for adults, and parking was just offsite with a free shuttle bus running every 15-30 minutes to and from the event. VIP parking was at the end of the tarmac and cost $75, but it included four general admission tickets. Kids under six were free; easy peasy. I waffled a bit on cost because I’m cheap in regards to some things, but I bit the bullet, and I decided to pay for the premium parking. Logistically, it was my best option in terms of shuttling the boys, the wagon, chairs, and the baby.

Ryan and I went to an air show back when we lived in Arizona, and I didn’t appreciate nearly as much as I did this time with the boys. They were mesmerized. For some reason, seeing the show through the eyes of my kids made it even more spectacular, and they loved every second of it (as well as the bounce house onsite – insert eyeroll here). It didn’t hurt that I spoiled them with some tasty treats onsite, either. As for Mieke, she’s a trooper, plain and simple. This is the first time I felt bold enough to actually get out there with all three beyond our proverbial comfort zone and really do something, and I’m so glad I did. Ryan and I both wholeheartedly agree that experiences like these are what we want to give our children, first and foremost. 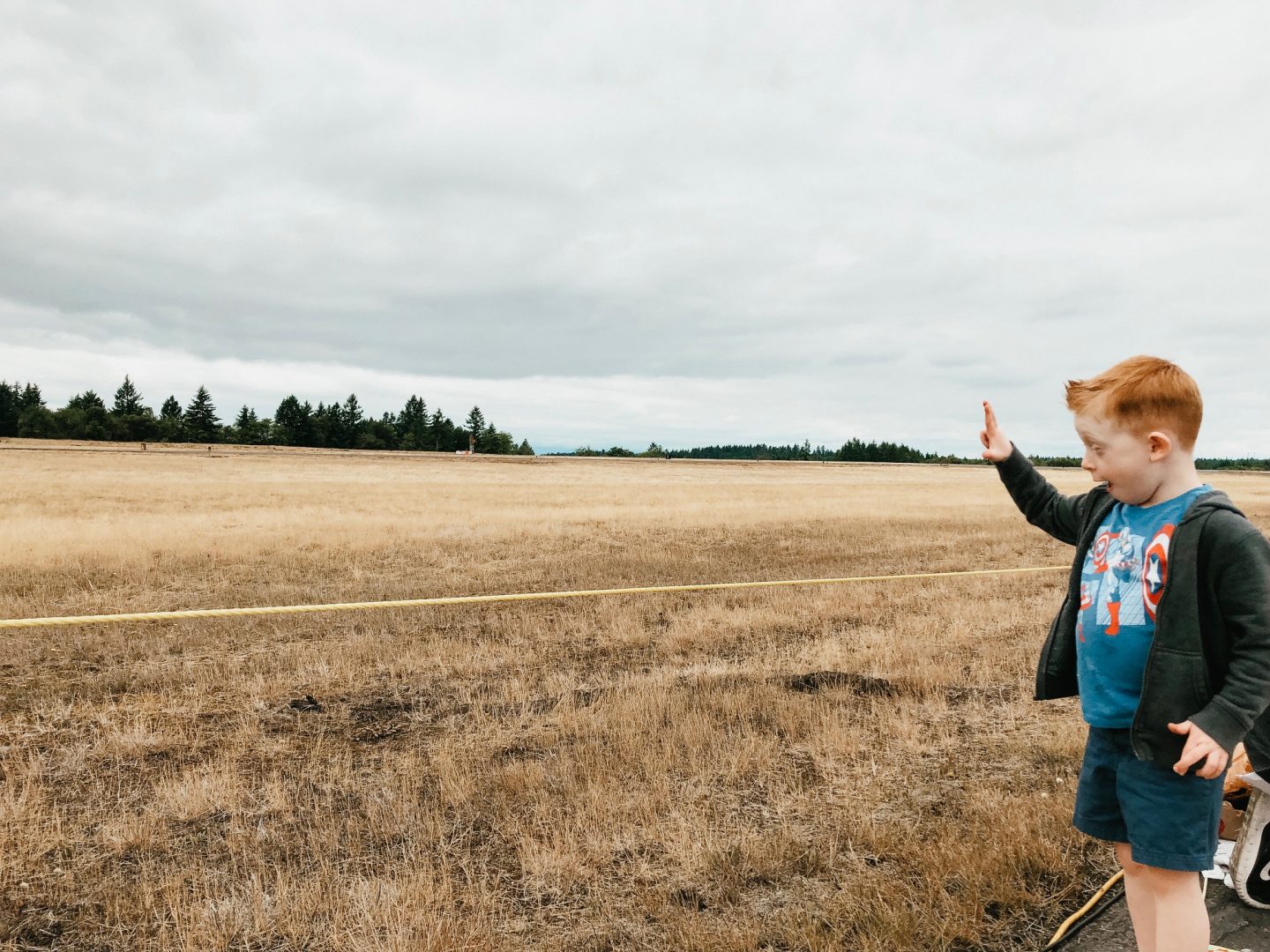 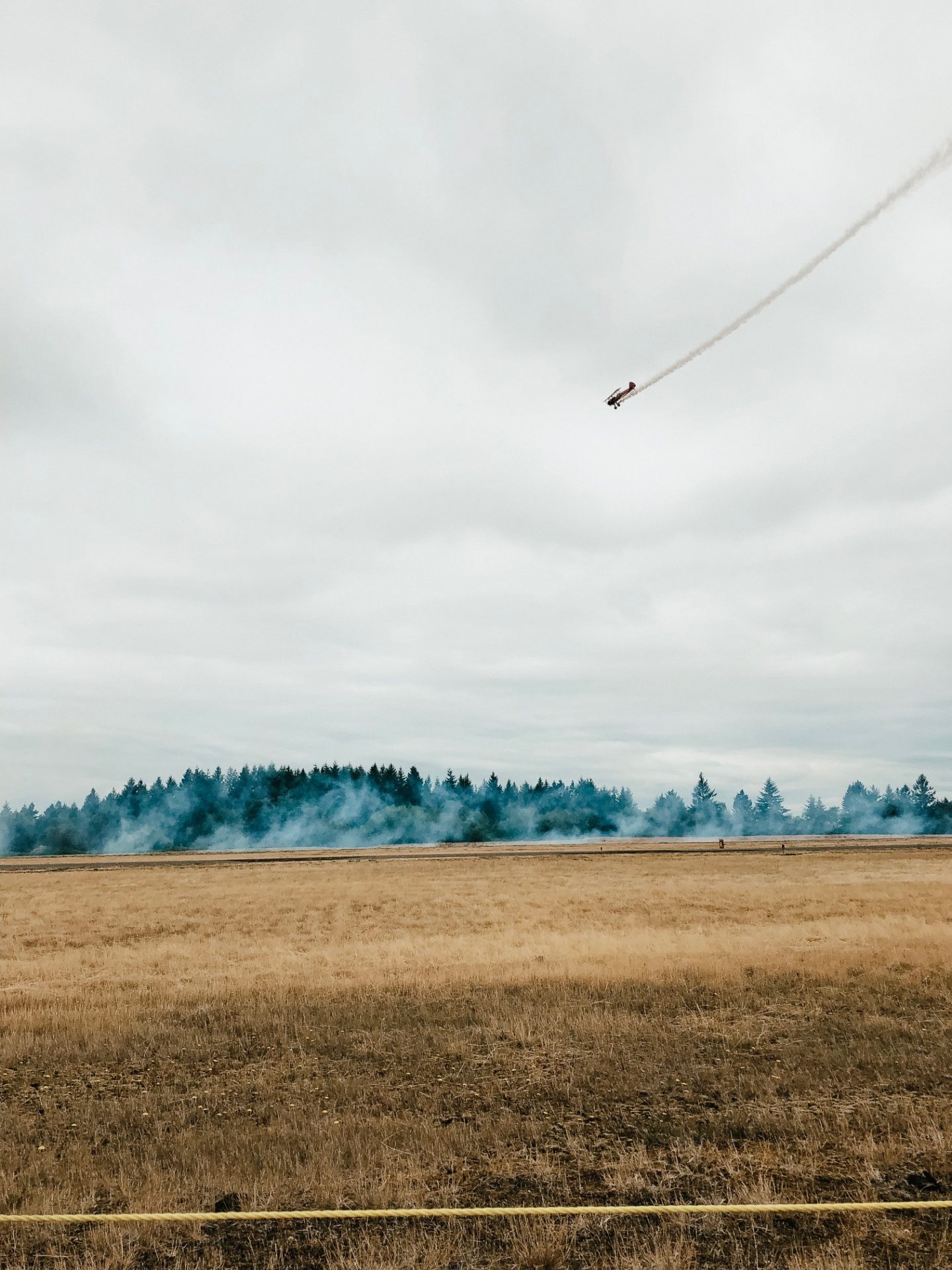 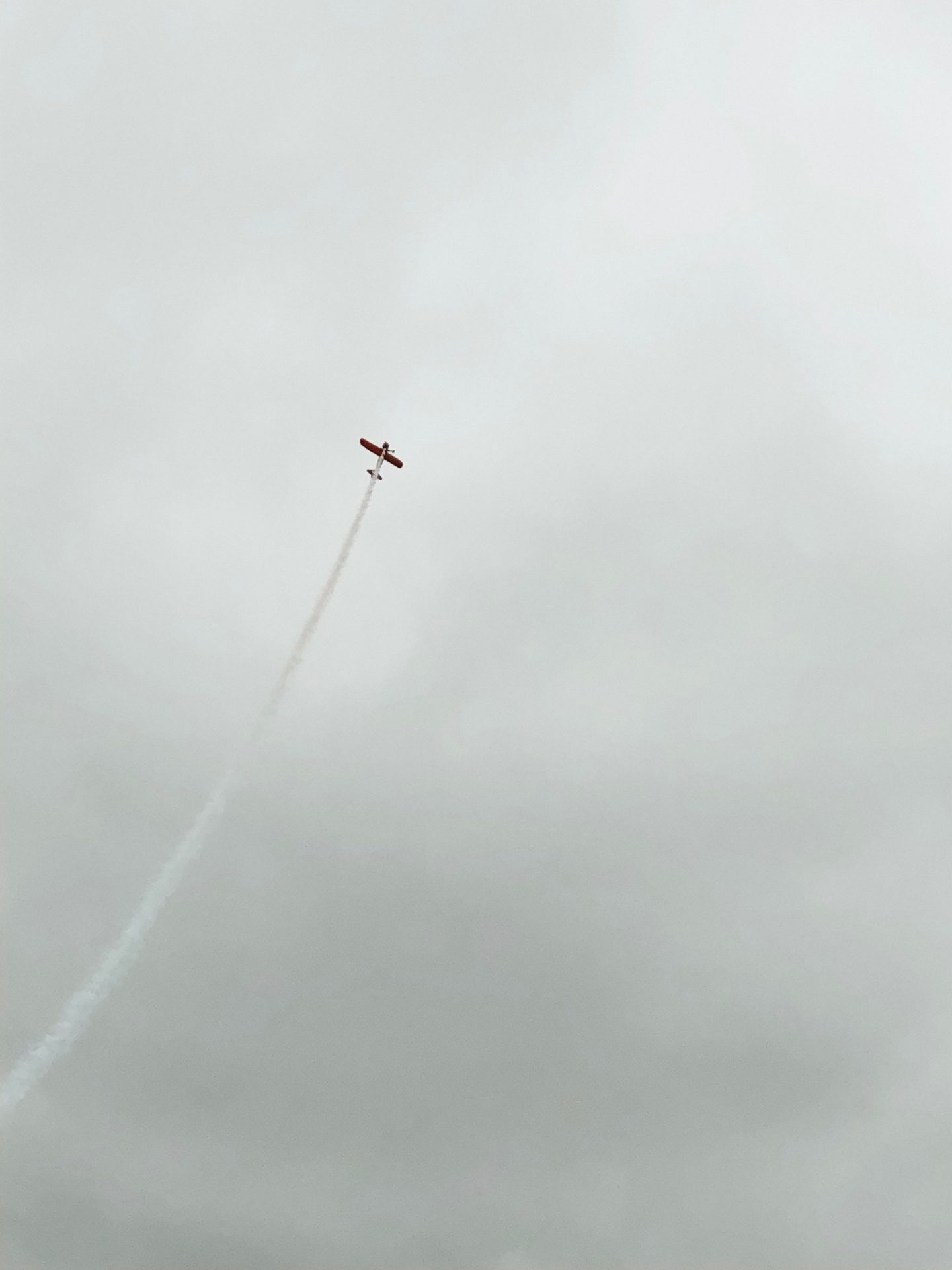 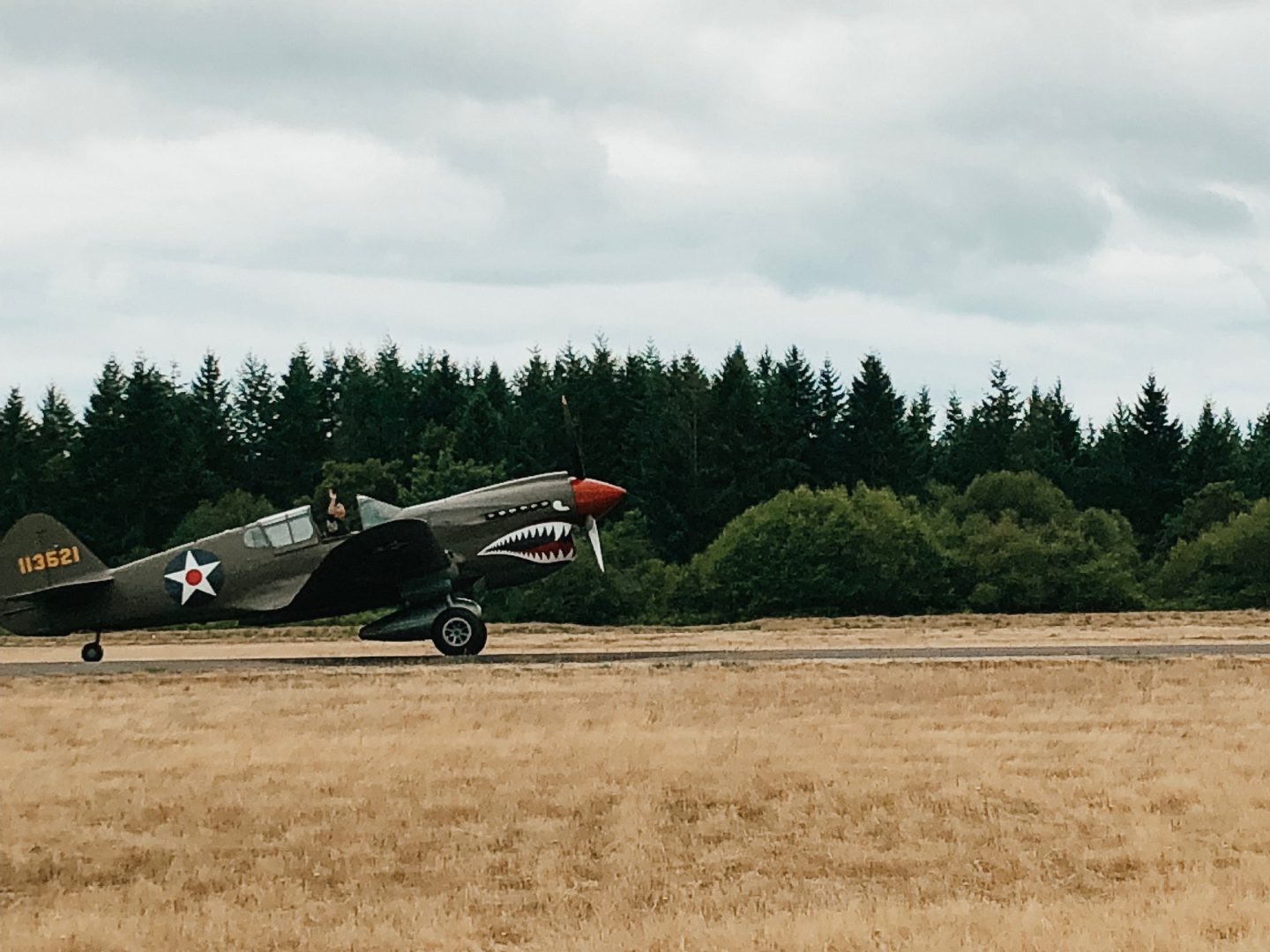 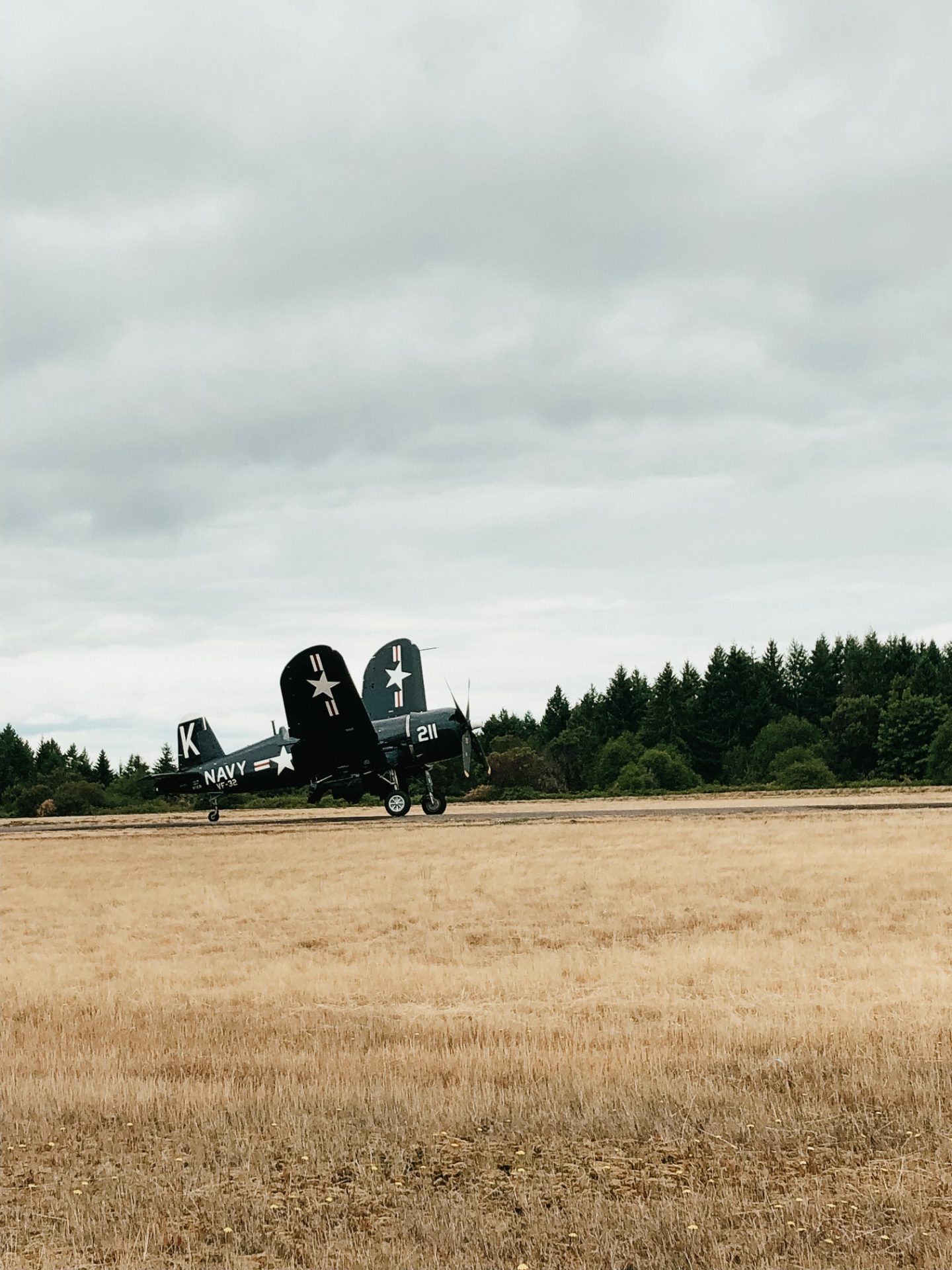 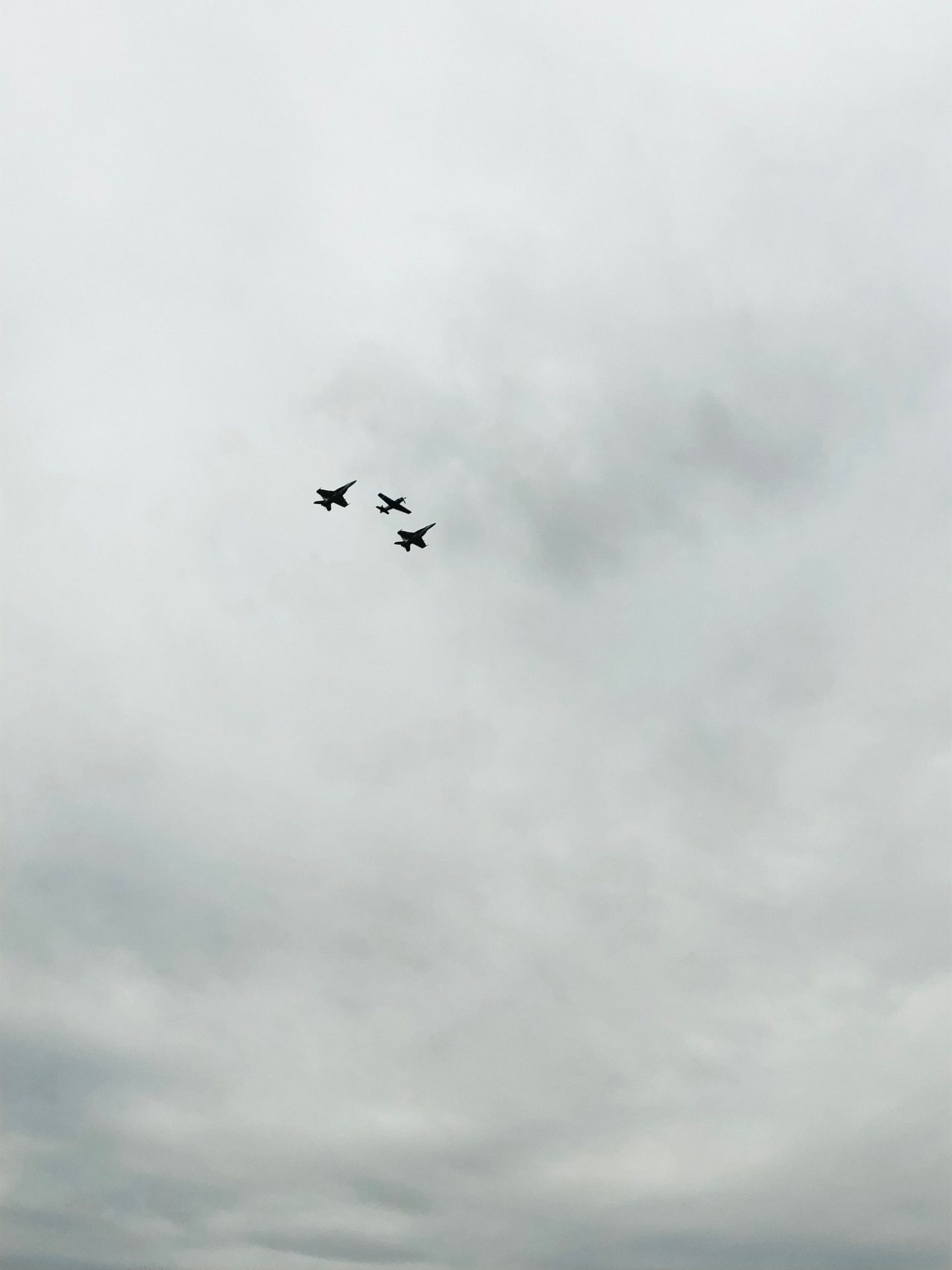 As I mentioned before, Gig Harbor Wings & Wheels is an annual event and, as such, it’s likely to be continued for years to come. If you live in the JBLM area, it’s a great family-friendly event, but here are some things to consider beforehand: 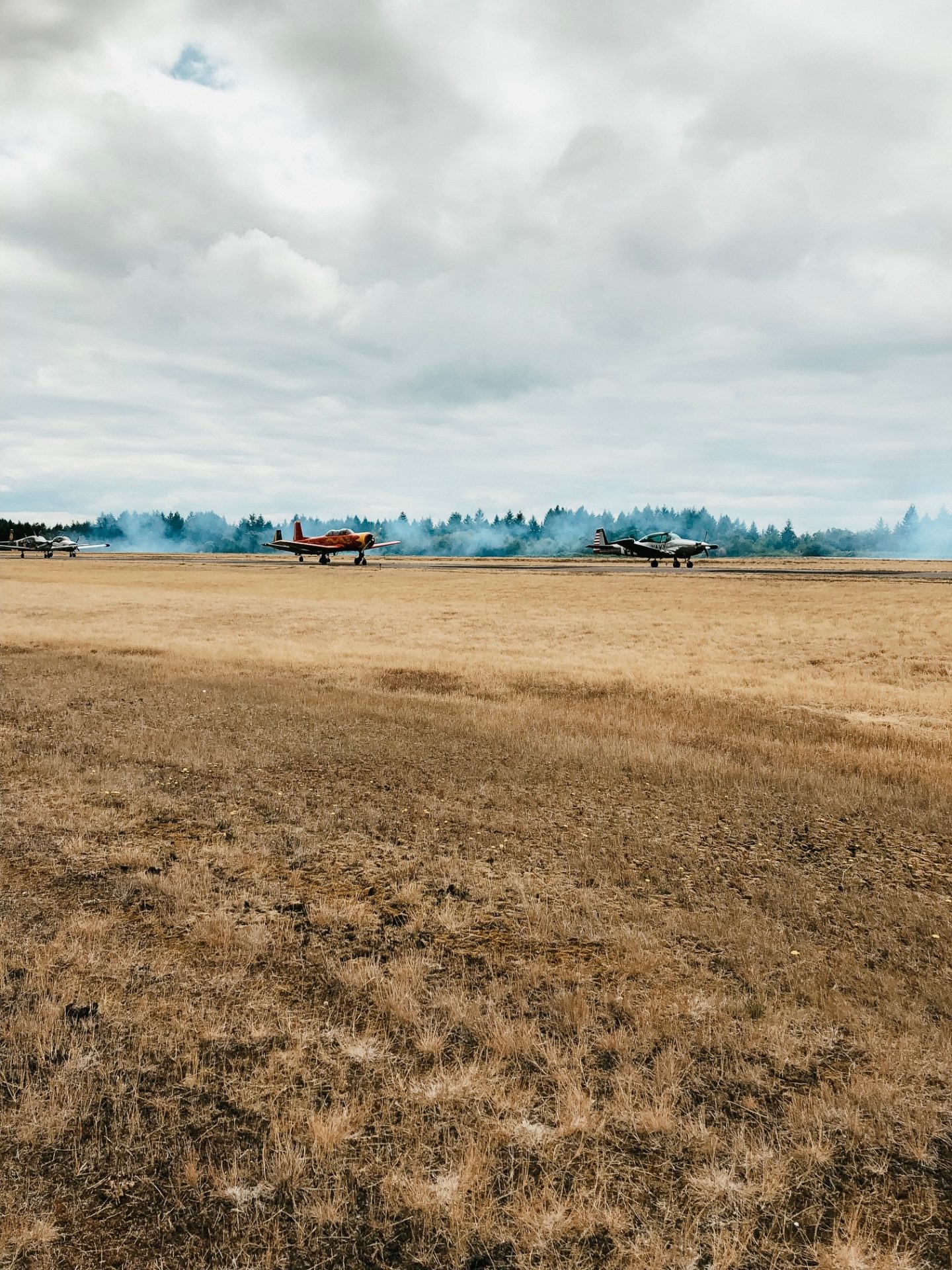 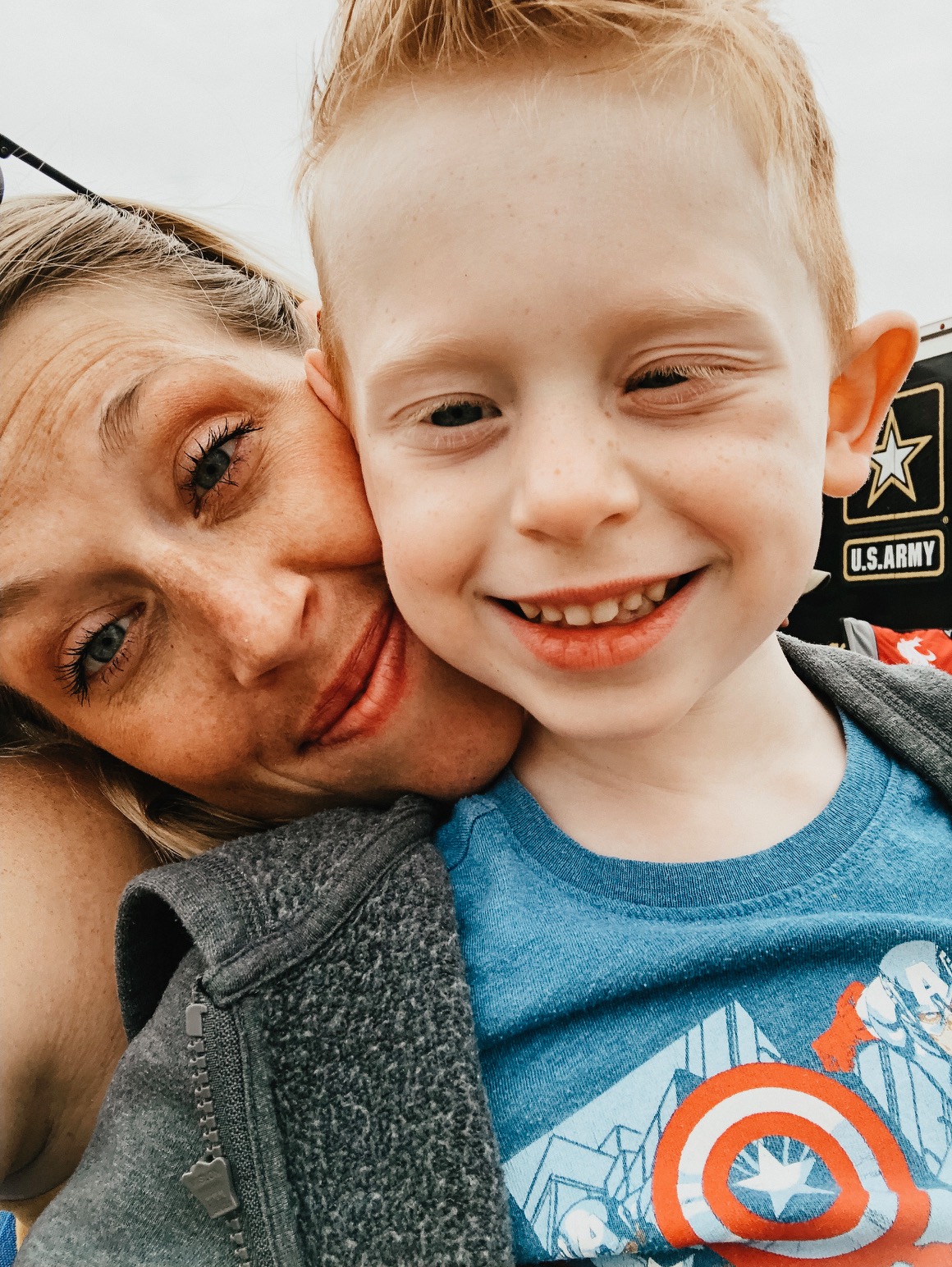 One thing I’ve learned since starting to venture out with three is that people are innately gracious. Don’t get me wrong. I’m basically losing my mind every time we head back home, but people are usually incredibly willing to go the extra mile when they see my overfull hands. From people clearing the way for a better view to seasoned mothers commending me and telling me I’m doing a great job when the armor starts to crack, it’s refreshing, and it’s heartening.

Moral of the story? It was inconvenient, but I’m so glad I decided to take the boys because this is one event that I’m sure they’ll remember for a good while.