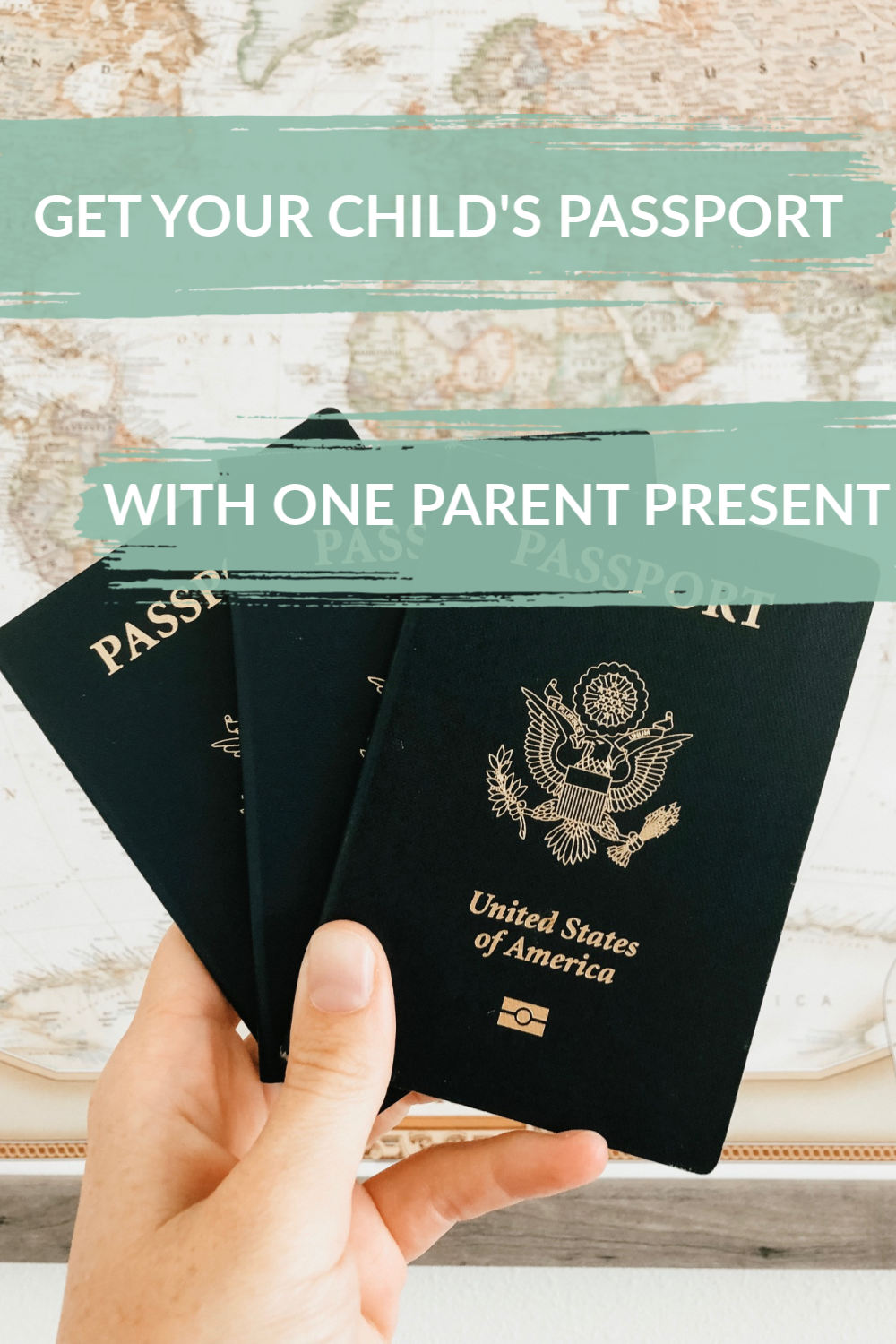 We were lucky the last time we had to get passports for our children. Ryan was around, and we quickly did a Google search on how to get a child’s passport. This time, however, we had an added hurdle. Because Ryan was deploying before Mieke’s birth, we knew that, in all likelihood, I’d have to get her passport solo. We’ve mentioned before how important it is to us to travel with our children, and we have another trip back to South Africa scheduled for this December, so time is of the essence.

There are a few important things to note about minor children’s passports. While children and adults 16 and over have passports valid for 10 years, passports for minor children are only valid for five years. In our case, Spencer needs a new passport, and Mieke needs her first passport. Because I did the research and many a military (or single/solo) spouse might be looking, I’m sharing how to get a child’s passport with only one parent. 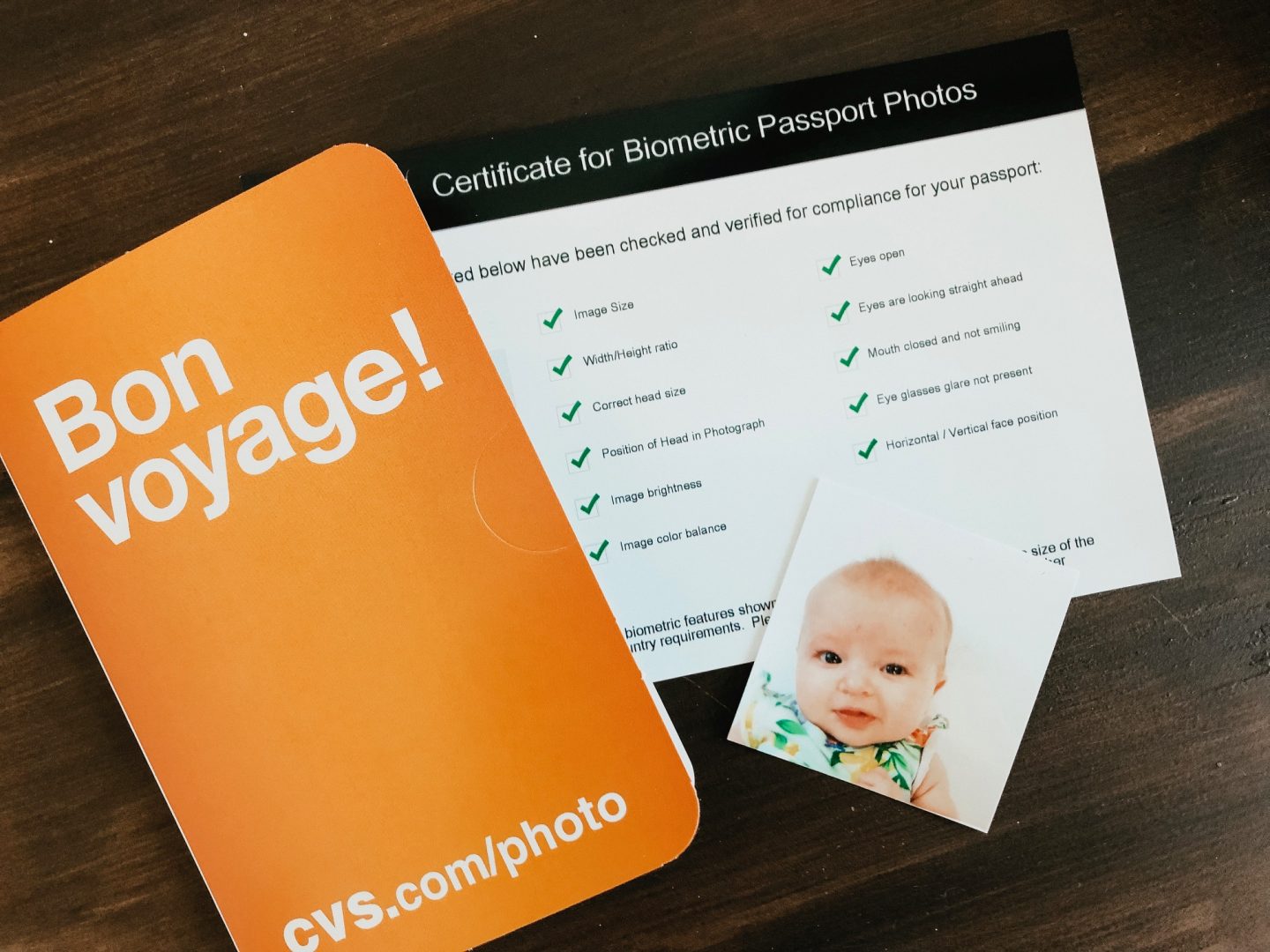 Fill out Form DS-11 – Simply put, this is the United State’s applicable for a U.S. passport. You’ll need a few things to fill out Form DS-11. First, make sure you have your child’s birth certificate. Second, you’ll need their social security number. If they do not have a social security number, you’ll need to have a signed, dated, and notarized statement that reads, “I declare under penalty of perjury under the laws of the United States of America that the following is true and correct: [child’s name] has never been issued a Social Security Number by the Social Security Administration.”

Obtain a Signed and Notarized Statement or Form DS-3053 from the Second Parent –  This is one of the most important parts. Because only one parent is present, you need to provide physical evidence that the second parent consents to the passport application. To avoid any legal issues, we went ahead with Form DS-3053 because it’s the government’s form, so there’s no room for error as long as it’s notarized and complete. Additional forms of consent are required if you have sole legal custody and can include a court order, an adoption decree, etc.

Present a Photocopy of the Second Parent’s Government-Issued ID – To do this, you’ll need a photocopy of both the front and back of their ID. If you have only the front or the back, they’ll deny your application.

Provide Evidence of the Child’s U.S. Citizenship – There are a few ways you can do this. First, you can provide their prior, undamaged passport (whether expired or not). Second, you could provide a U.S. birth certificate including all pertinent details for both parents and a registrar’s signature. Alternatively, you could have a Certificate of Citizenship or Consular Report of Birth Abroad.

Bring Your Government Issued ID – This can be a passport, valid state driver’s license, a U.S. military or military dependent ID, a valid government ID, certificate of naturalization or citizenship, etc. Note that if you’re providing out-of-state identification, however, you’ll need two forms of ID.

Display Parental & Familial Relationship – This should be covered by the birth certificate provided as evidence of citizenship. Additionally, since Ryan is deployed and not present, we presented our valid marriage certificate, but you can provide a divorce certificate, if necessary.

Get Passport Photographs – While some agencies will do passport photos in person, they’ll likely only do it if the photos you submit are not acceptable. You can get your child’s passport photos done at any CVS, Walgreens, or Rite-Aid, as well as most USPS locations.

Bring a Personal Check or Money Order – To pay for your child’s passport in person, most agencies will not accept credit or debit cards. They will, however, accept personal checks and money orders. You can calculate your fees online based on the type of passport for which you’re applying and pay in person.

Apply in Person – This is, perhaps, the most important detail to note. You cannot apply for a minor child’s passport online. You have to appear in person with the child for whom you seeking a passport.

It’s important to note a few things; many countries will not grant you entrance if a passport is within 3-6 months of expiration. For example, Spencer’s passport is set to expire in March of 2020. Since we’ll be traveling in December 2019, rather than run the risk of customs denying entry due to the time frame, we’re obtaining his new passport in advance of its expiration.

Finding information on how to apply for a child’s passport can be tricky as the information often conflicts, but this is what worked for us! Have you ever had to do this solo? What advice do you have?