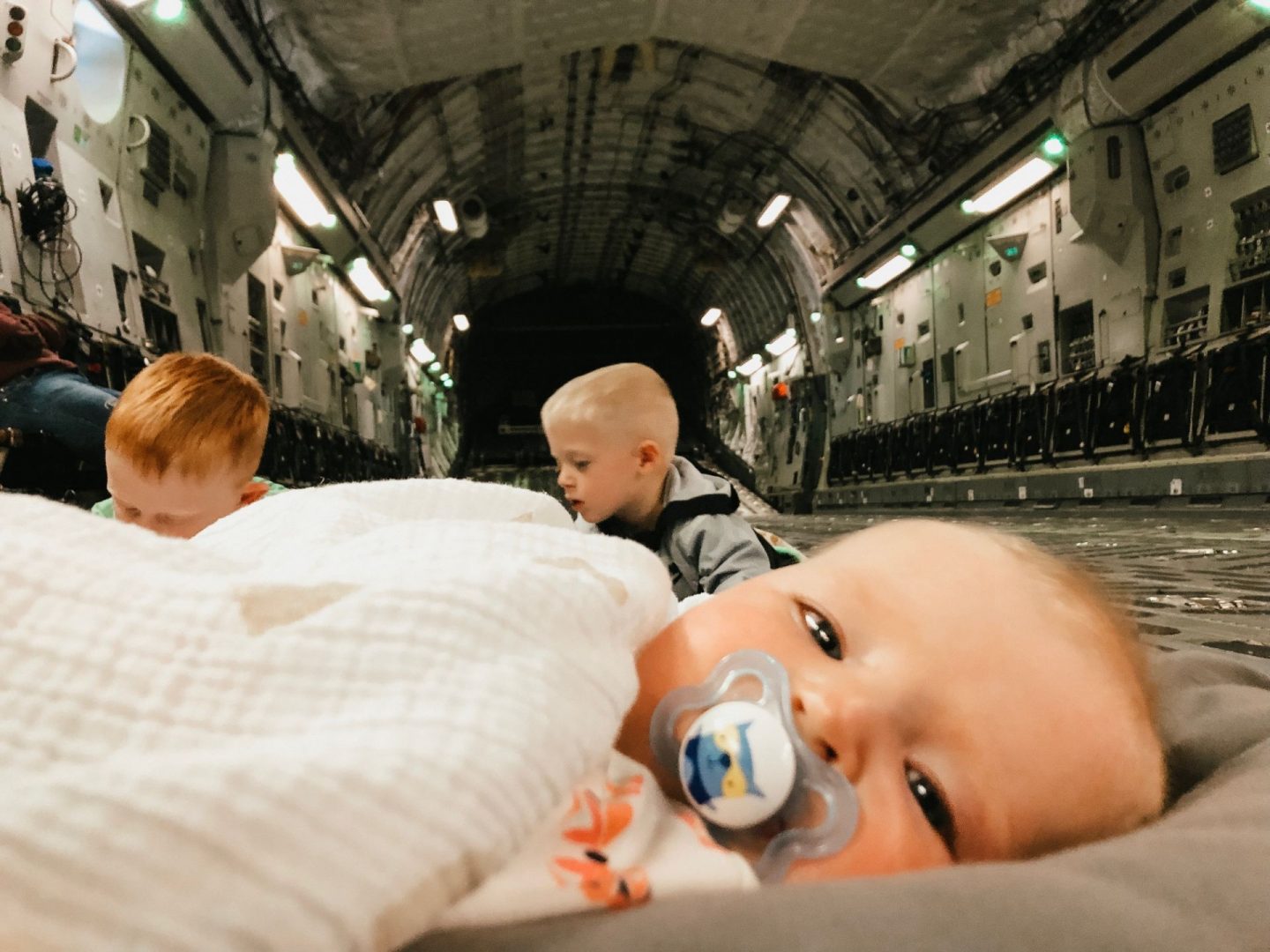 Well, after a long, extremely eventful week, I can officially say that I’m coming at you from beautiful New Hampshire! That’s right, folks, this mama flew across the country this week solo – with three children. And not only that…I flew Space-A across the US from JBLM to Newburgh, New York, where my sweet mama met us and drove us back to New Hampshire. To say that it was an adventure would be an understatement. The only way I can possibly wrap my head around it is to type it all out, so, let’s start back at the beginning, shall we?

I’ve been hoping to go home for a while. Between losing my sweet Stella, Porter’s surgery, my sister’s impending baby shower in NH, and more, I knew I needed a break, and I wanted to go home. Tickets, however, were absurdly expensive. We’re talking over $2,000 for the kids and I to fly from Seattle to Boston. I could not justify that price, so I decided to go a different route. I started scouring the Space-A passenger schedules. For those unfamiliar with military jargon, Space-A is a military flight on which civilians can basically hitch a ride and take the space available. Hence, Space-A. 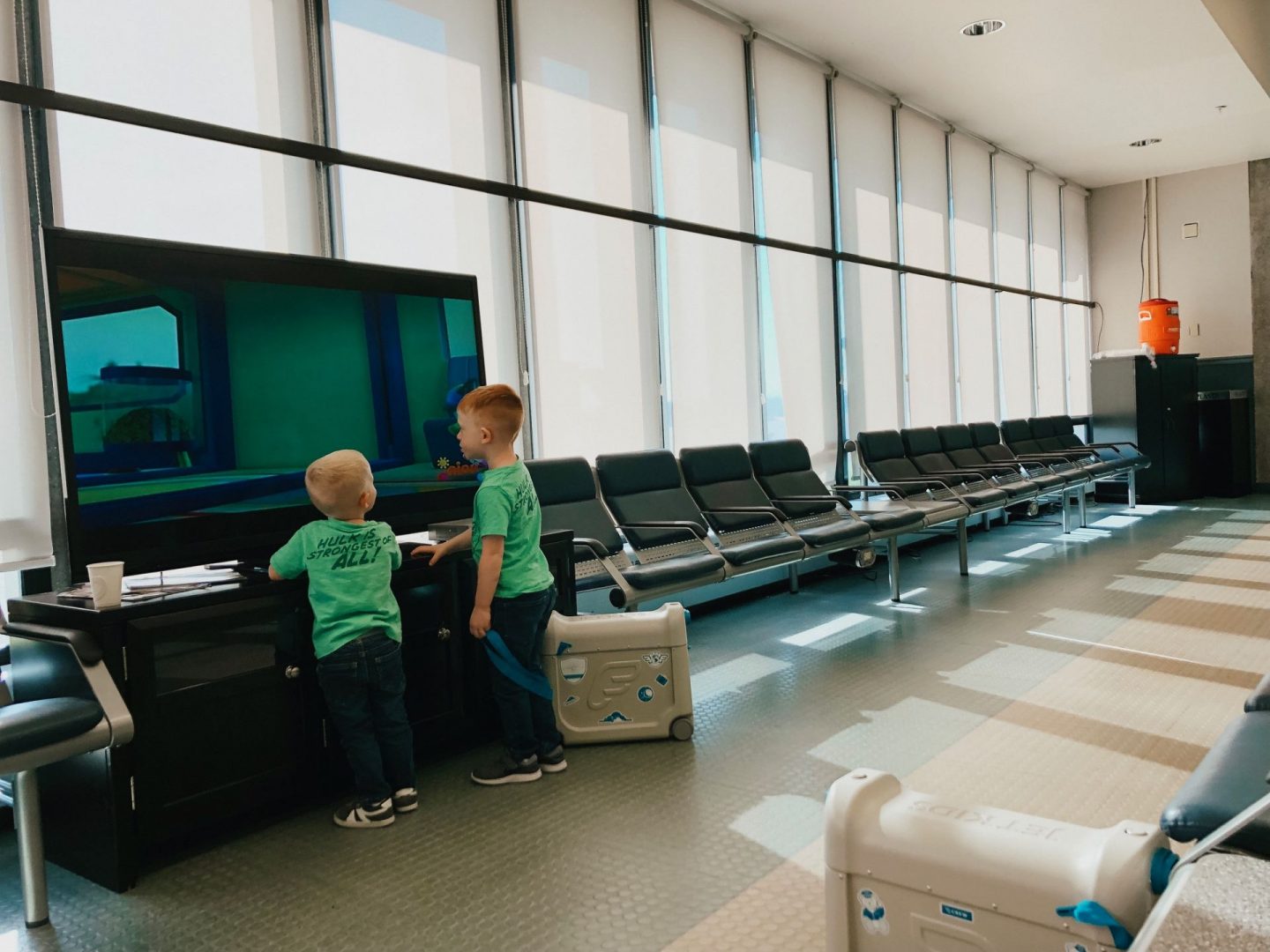 On Monday morning, a flight popped up on the schedule for a mission heading to Newburgh, NY – Stewart Air National Guard Base. Around five hours from my home in NH, I decided it was worth it, and I scrambled to get ready. On the other side of the country, my mom scrambled to accommodate my crazy plan because Space-A is notoriously unpredictable. The schedule had  a show time of 0745 on Tuesday morning, so I got the kids ready bright and early, and we headed to the passenger terminal, bags in tow.

Then, the airmen called us through security and boarding, and the kids and I rode the shuttle to the c-17, prepared to fly. Everything went smoothly, we were briefed, and we got locked and loaded. We took off on a loud, incredibly exciting adventure, then the crew chief came over after about 30 minutes. He told me they smelled smoke, so we were turning around and heading back to JBLM. I knew Space-A is never a guarantee, so I couldn’t do anything but laugh as we landed. 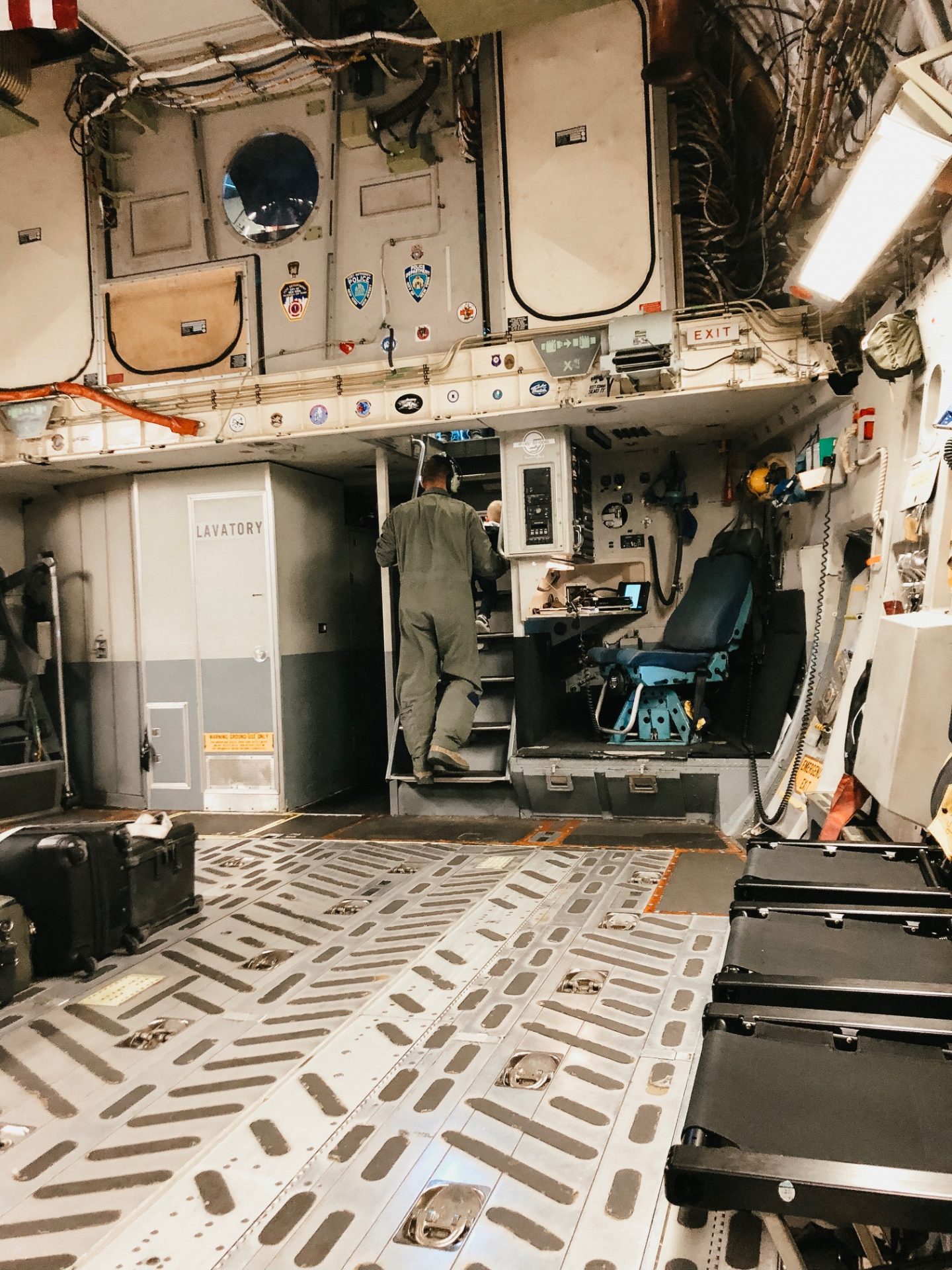 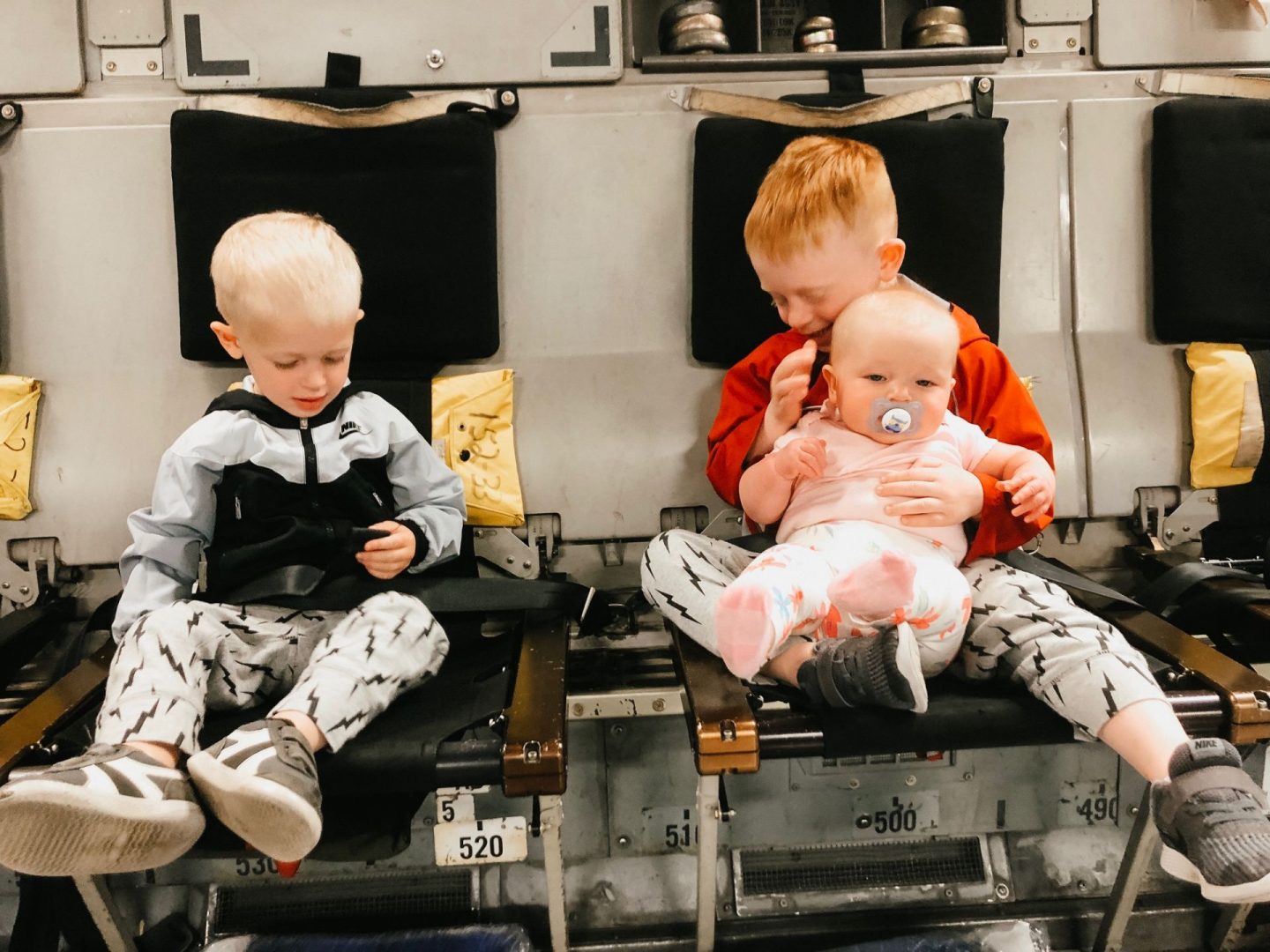 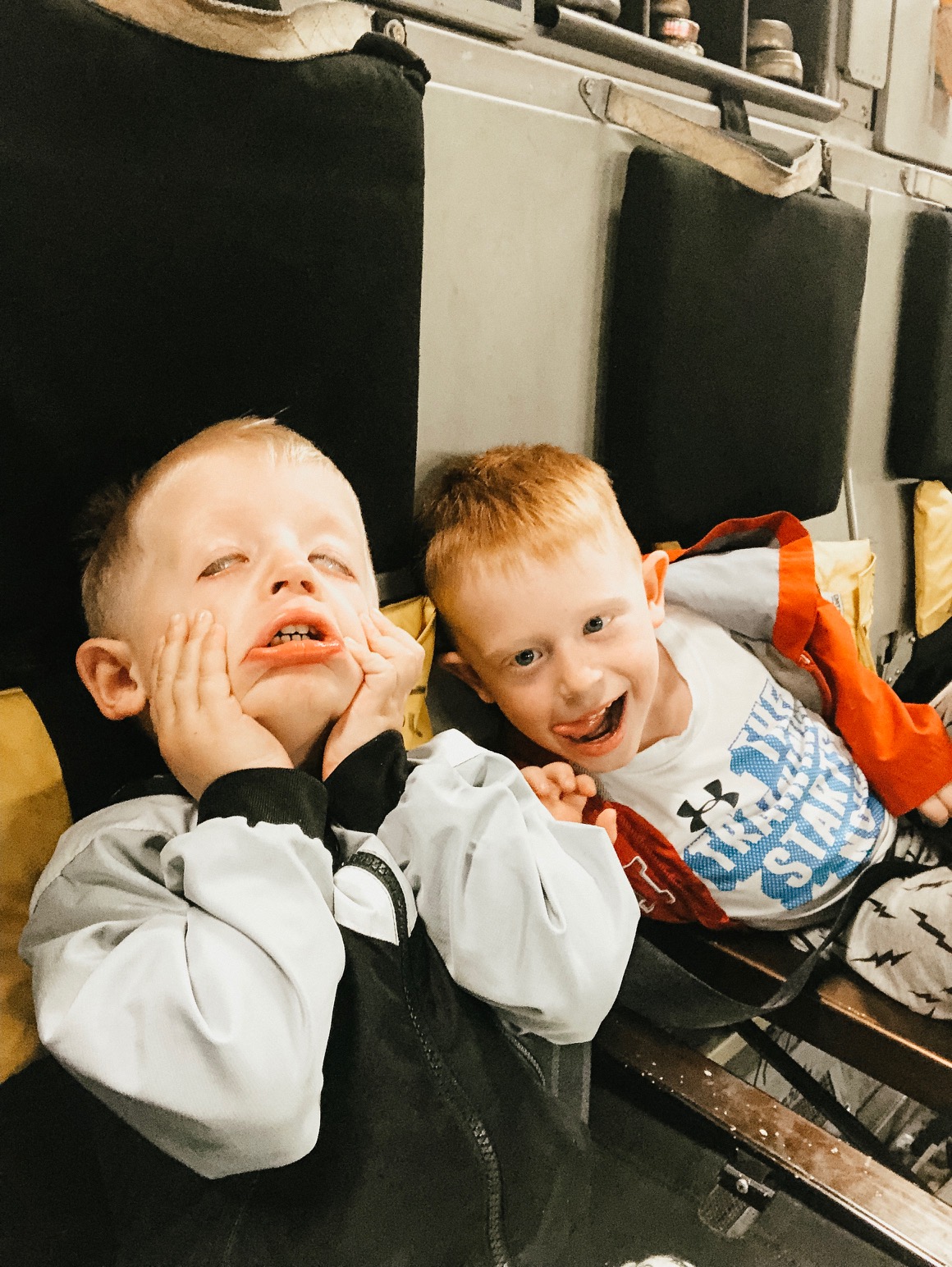 They took us back to the family waiting room for about two hours, then called us back, and we headed back to the plane. They’d found the issue. Problem solved! We buckled back up, did a quick refresh, and took off again – off to NY.

About 45 minutes in, the crew chief looked at me, shrugged, laughed, and mouthed, “I’m sorry.” We turned back around and headed back to JBLM again. This time, the aircraft had a wing issue, and at around 1600 (4 PM), they called it a day. They apologized profusely, and I couldn’t help but laugh because, seriously, it was crazy! The pilot told me they planned to get the mission going around 1045 the next day and recommended I call the terminal in the morning because they didn’t plan to manifest the flight to the public, but said I was welcome to fly again when they left.

Wednesday morning, the kids and I got to the terminal at 0715, checked in, repeated the process, and waited again. At 0930, we went through security and sat in pre-boarding where we waited. And waited. And waited. Finally, they told me they were having a mechanical issue and recommended we head to the family room to wait. So, we did, and we waited until 1305 (1:05 PM). Finally, they told me we’d be ready to fly in about an hour…then called us to the plane about 15 minutes later, and we headed back over. 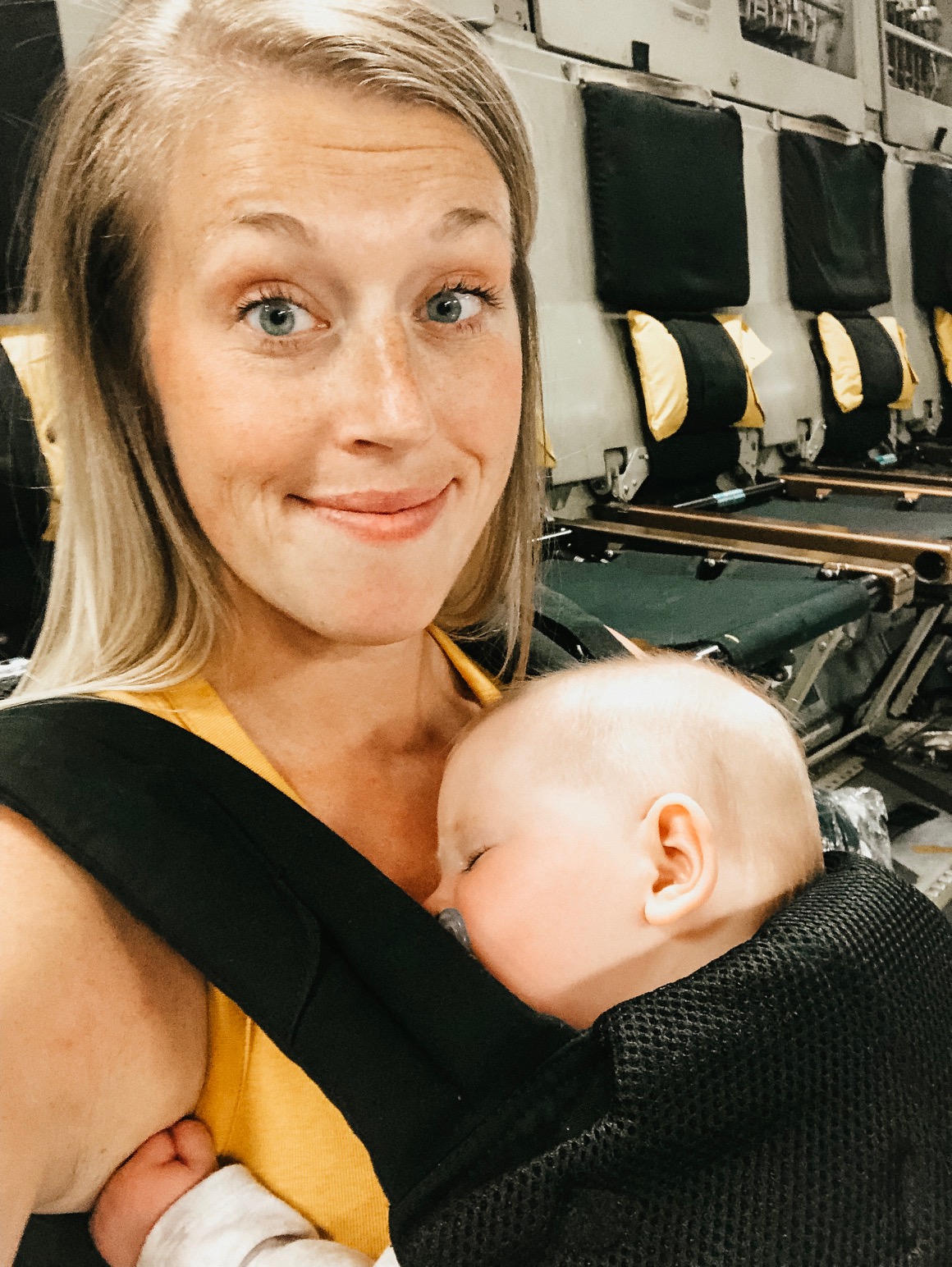 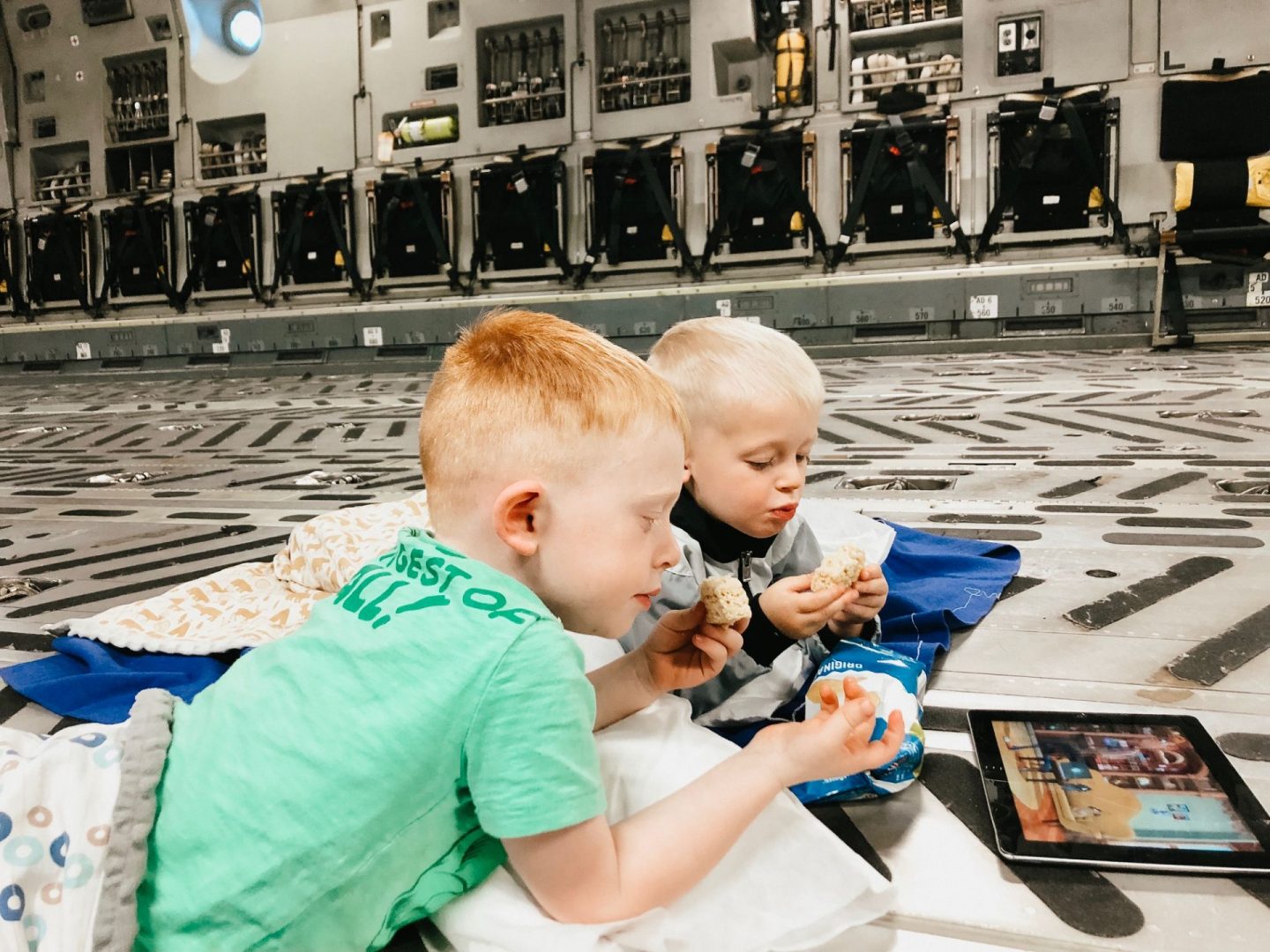 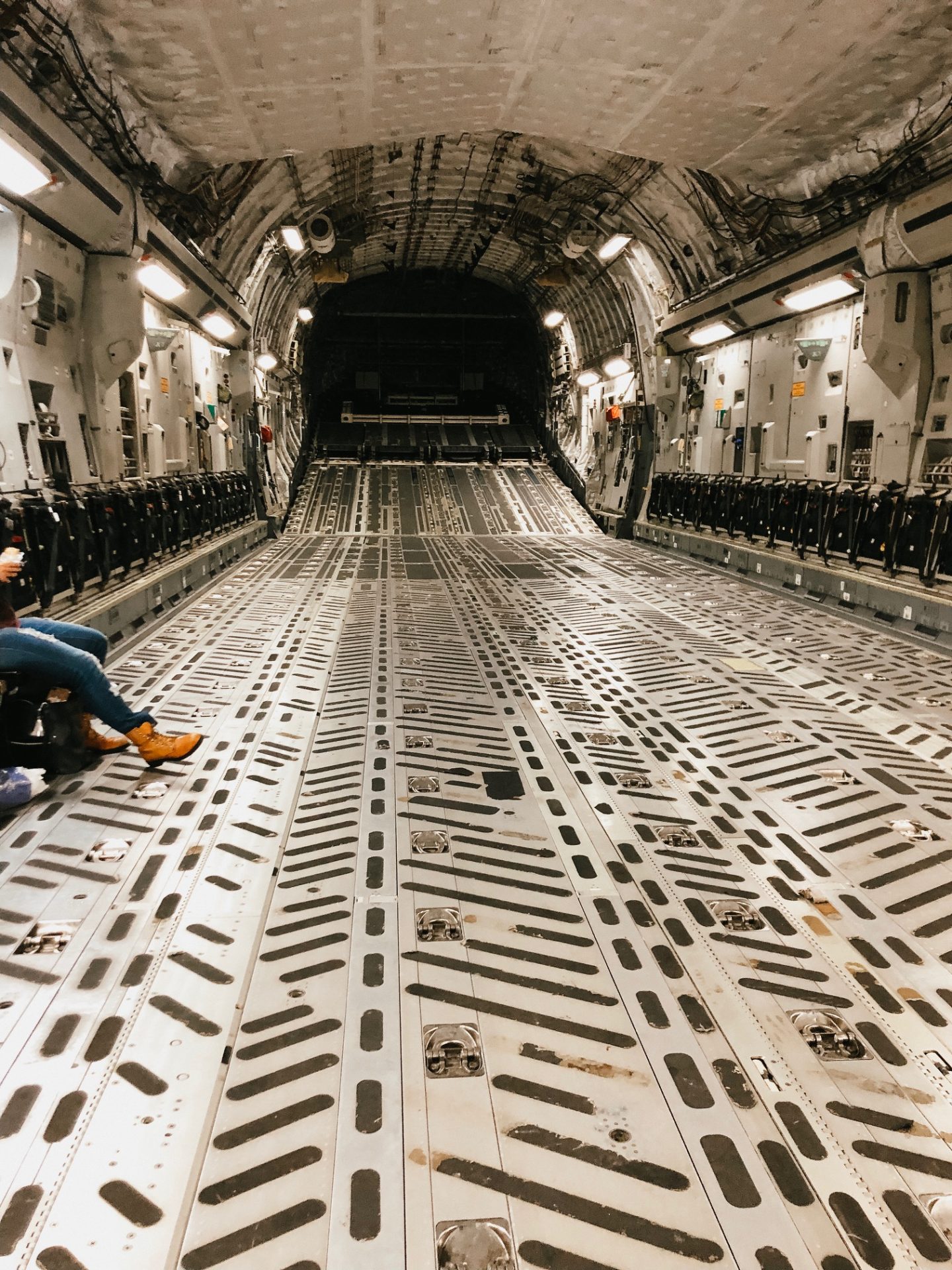 We boarded and strapped in, this time with one other woman on the plane. And we sat. And sat. And sat. Then, MPs came in. Then, civilian police. At this point, I was pretty sure we weren’t going to fly, and I knew this was our last shot. After about 45 minutes though, they said we were ready to fly. It turns out a bunch of non-essential equipment was missing from the cockpit overnight, and they had to file a police report before we could leave.

After all of it though, we flew Space-A across the US. The flight, itself, was awesome. Crazy. Uneventful. Exciting. Exhilarating. The boys were in heaven walking around the plane and exploring throughout the flight. They got to sit in the cockpit, and I got to see Mt. Rainier from above. And, as always, Mieke was a dream baby, rolling with it all. My mother, too, did two days of driving in. a. row. to get us, then drove us back yesterday. I’ll have a whole post Monday with my Space-A recommendations, tips, and tricks, but I wanted to share our adventure first because, even with the chaos. Holy hell. Awesome. We made it home!