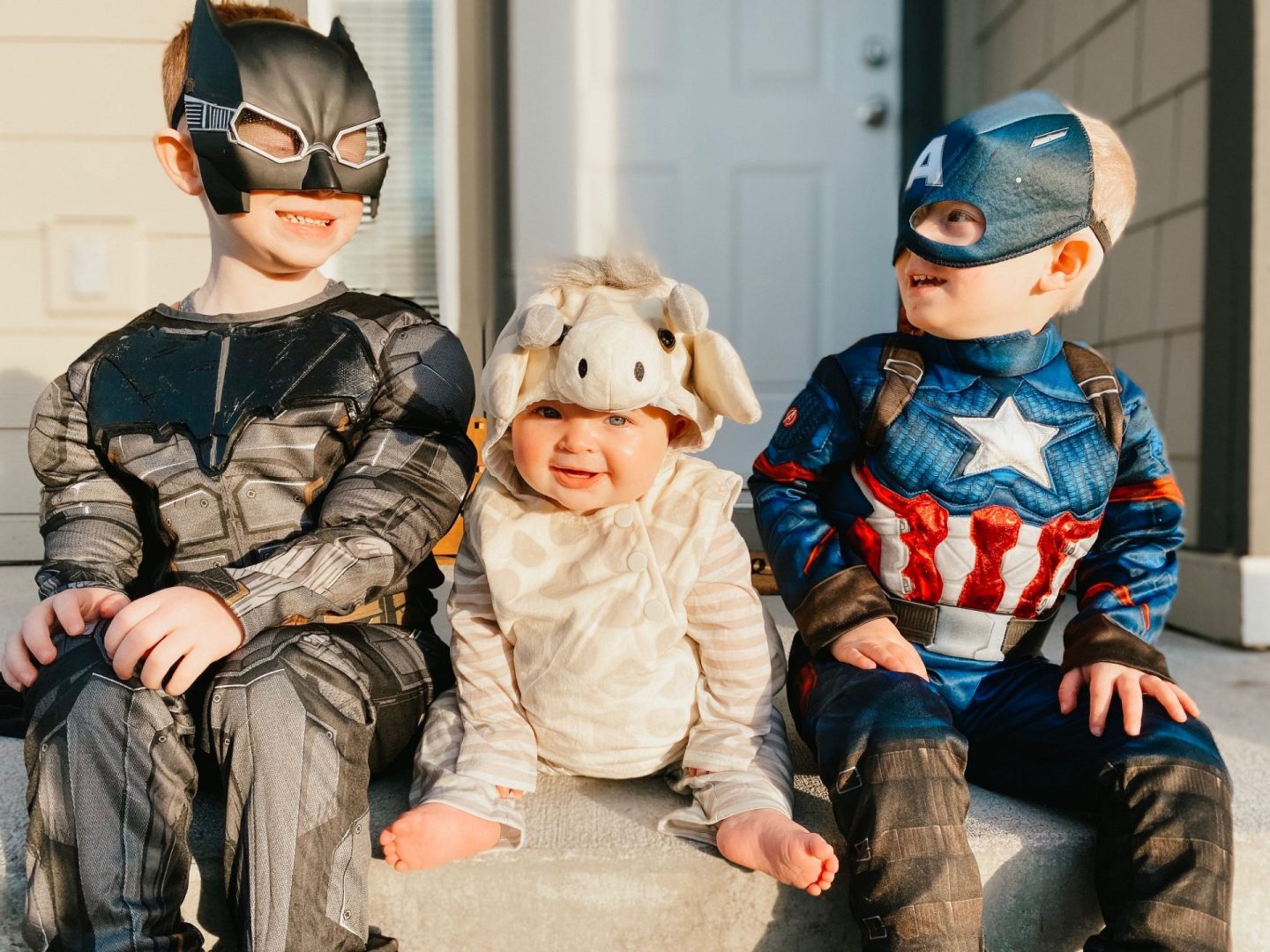 And just like that, Halloween 2019 at JBLM is done and dusted. My boys have been looking forward to Halloween since, well, last Halloween, so you can image this has been a very long time coming. They chose what they wanted to be a few months ago (finally). Spencer settled on Batman though, to my knowledge, he’s never actually seen Batman. Porter chose Captain America. Obviously, these were well-loved costumes this year, but I was happy to oblige. To be honest, I was lazy with Mieke’s costume this year, but she looked adorable as a baby giraffe, nonetheless. She goes to sleep so early that it didn’t make sense to really dress her up this year.

The boys, however, had the time of their lives. We invited some of the boys’ friends over, and we decided to to trick-or-treat on post. JBLM does Halloween well with trick-or-treating between 6 and 8 PM. It was the perfect time of day, just enough time to get through most of the neighborhood, and incredibly safe, all things considered. Halloween, though fun, was chaos in DuPont last year with a ton of teenagers and way too many people. On post, the MPs (military police) were patrolling the neighborhoods, which made things feel a bit safer for us.

Ryan stayed home to keep watch over a sleeping Mieke and hand out candy. The boys and I embarked on a candy quest around Meriwether, our neighborhood, with our friends. It was too fun. 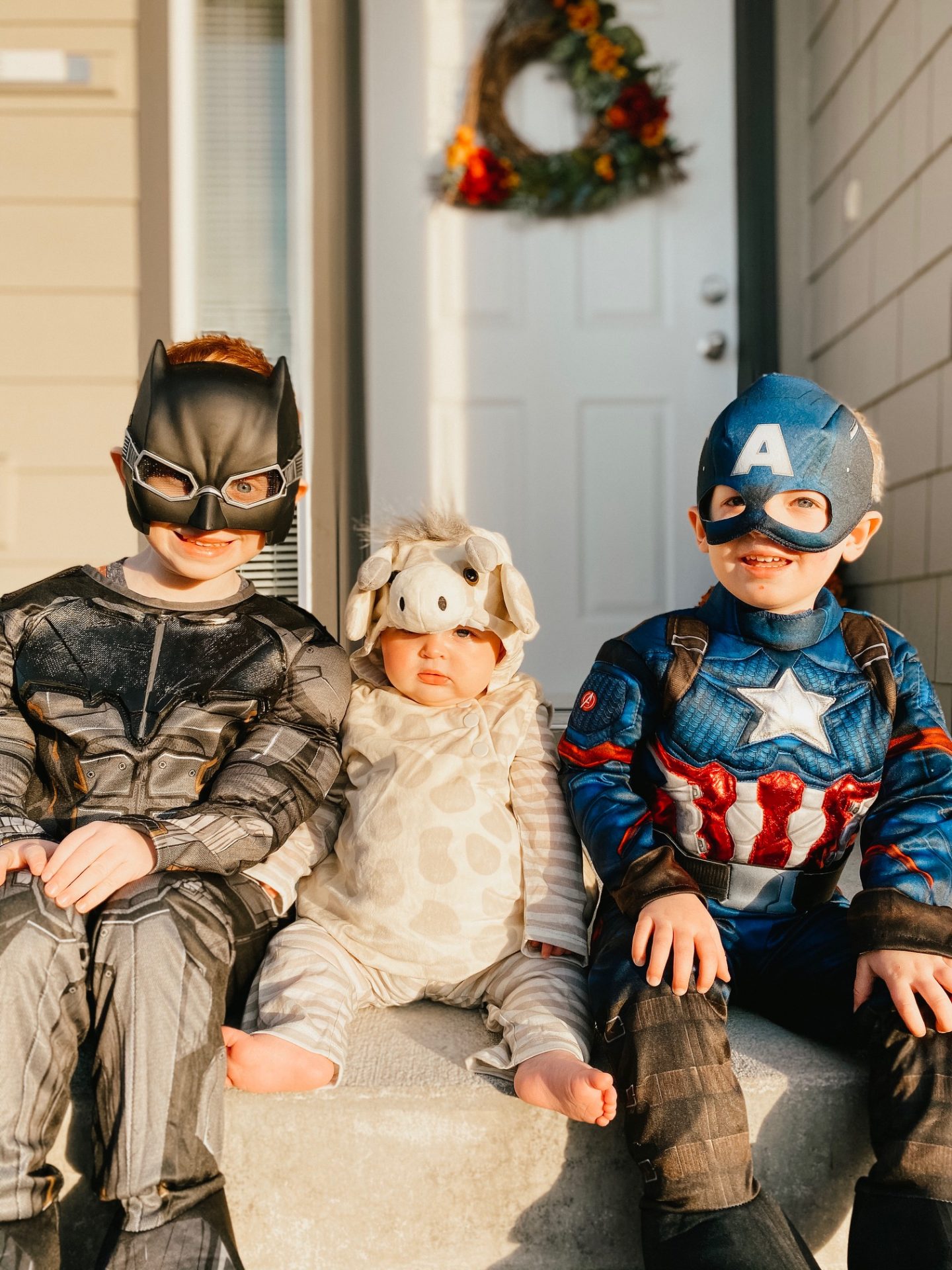 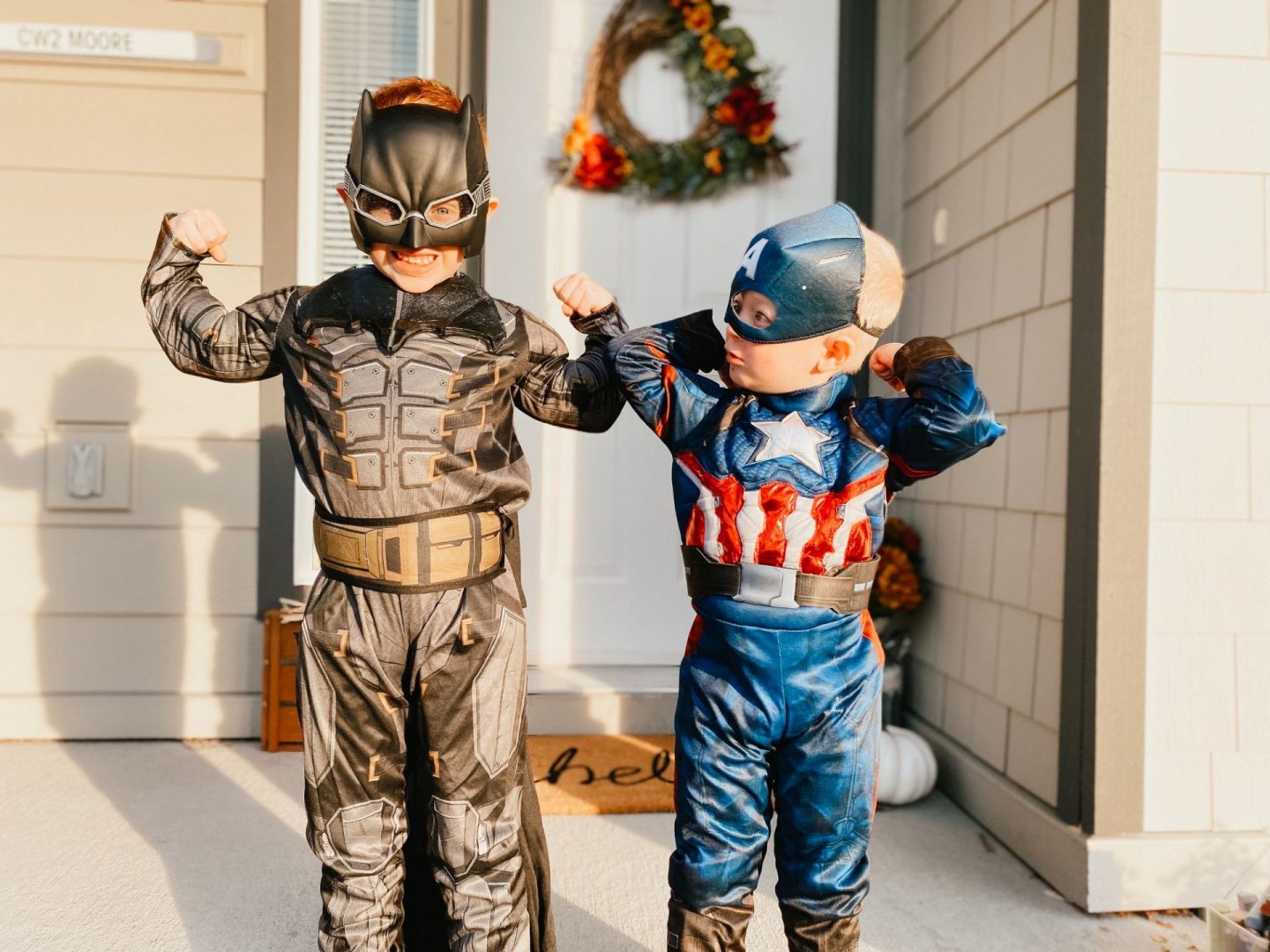 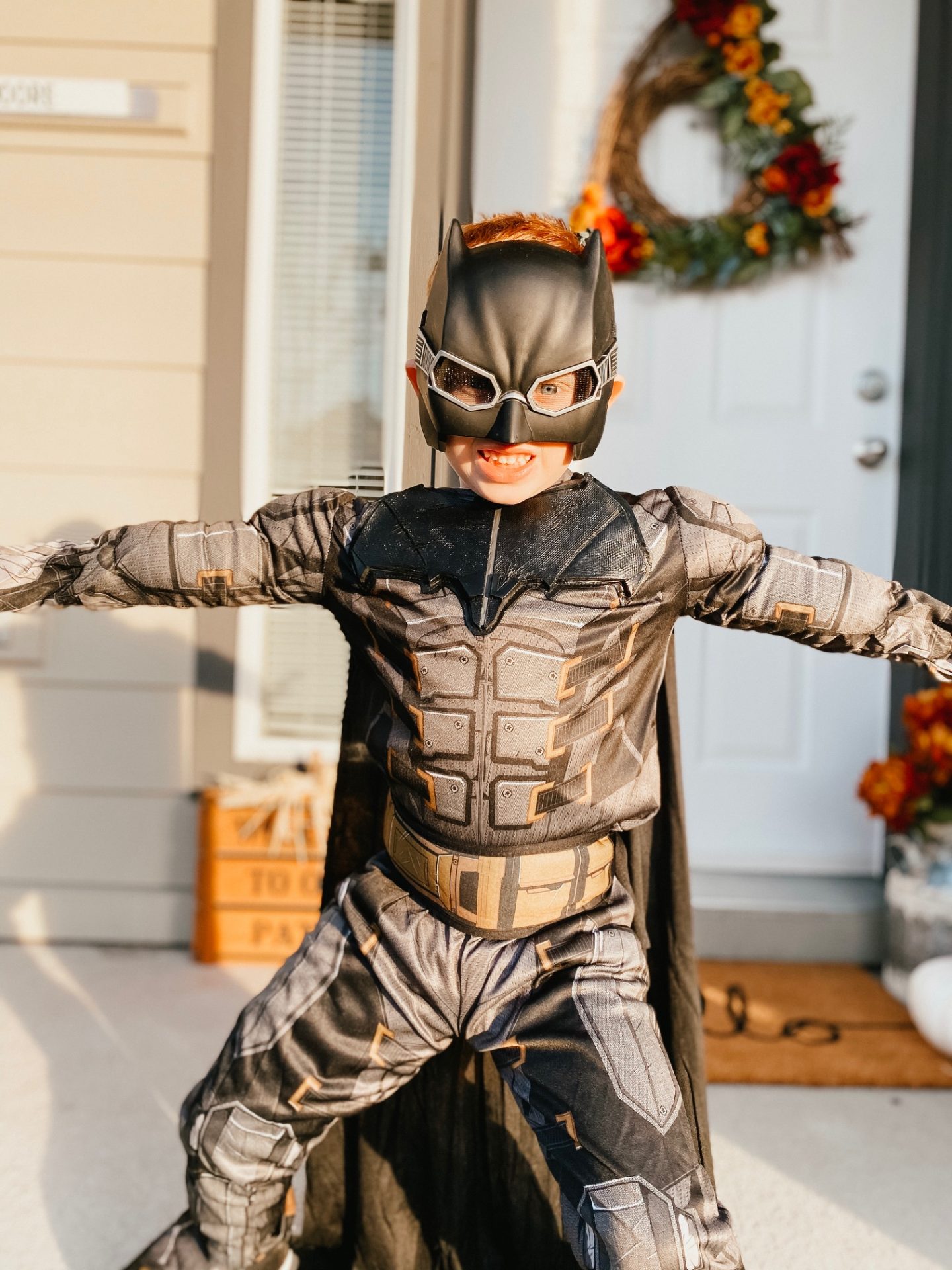 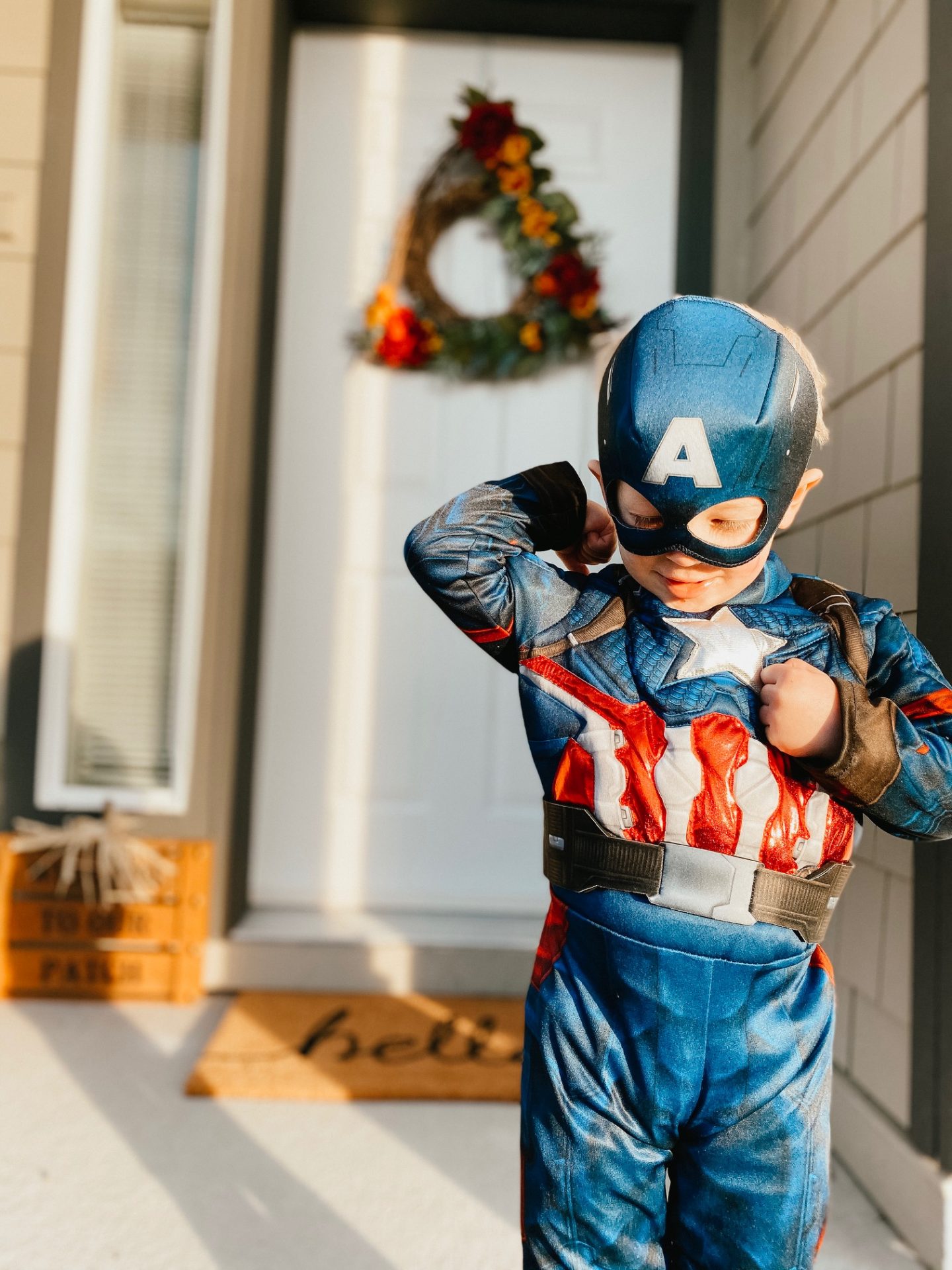 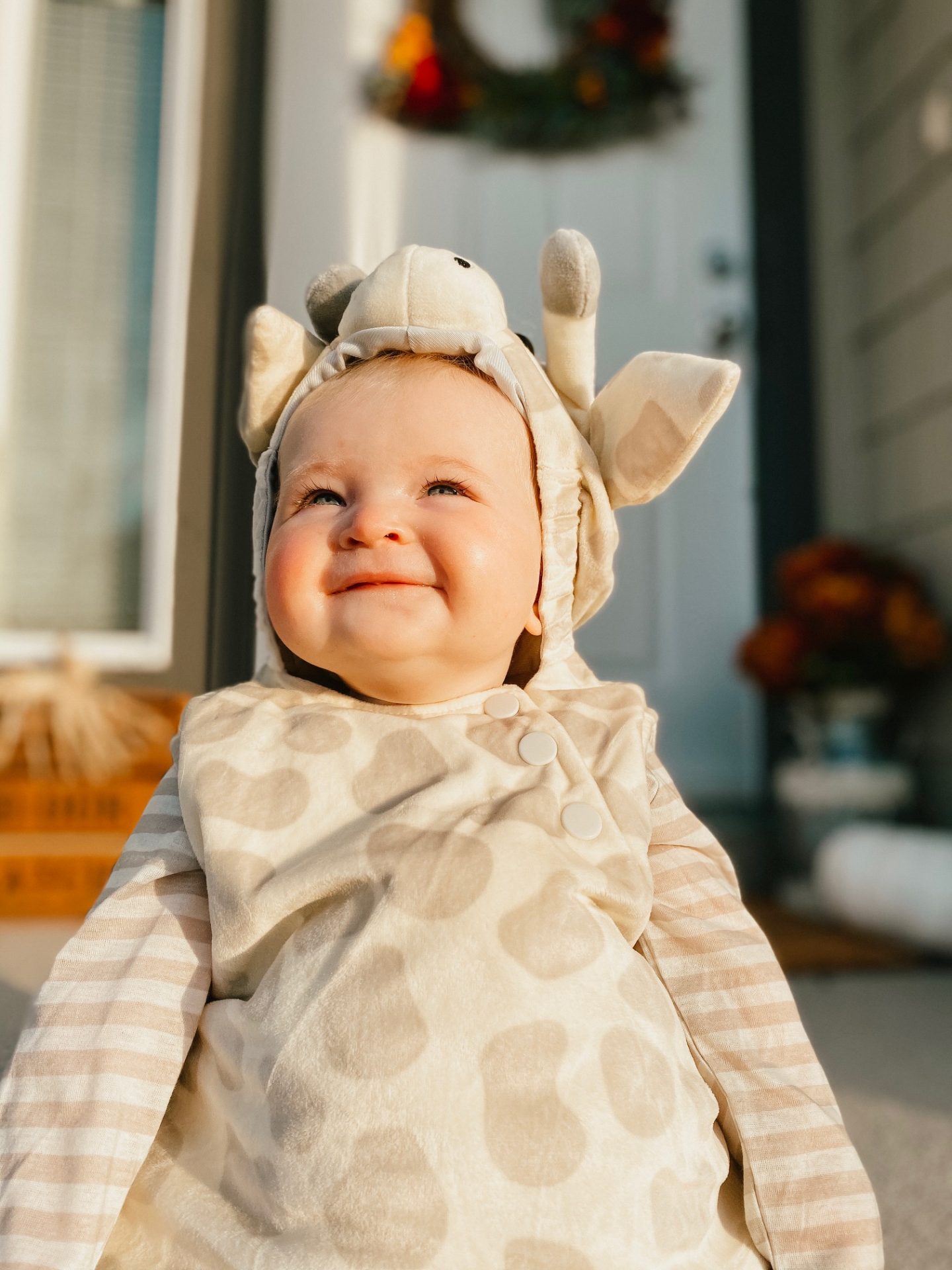 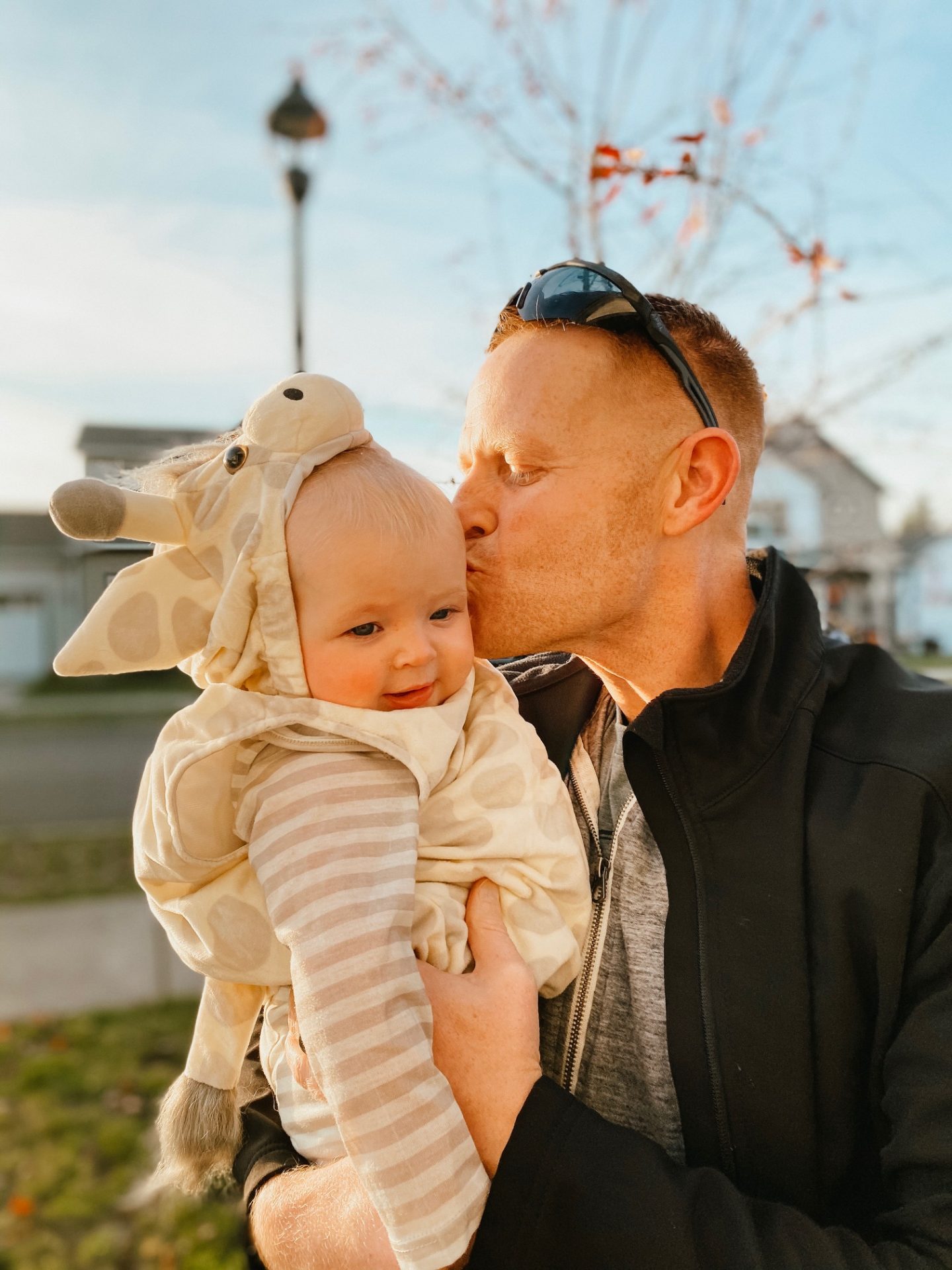 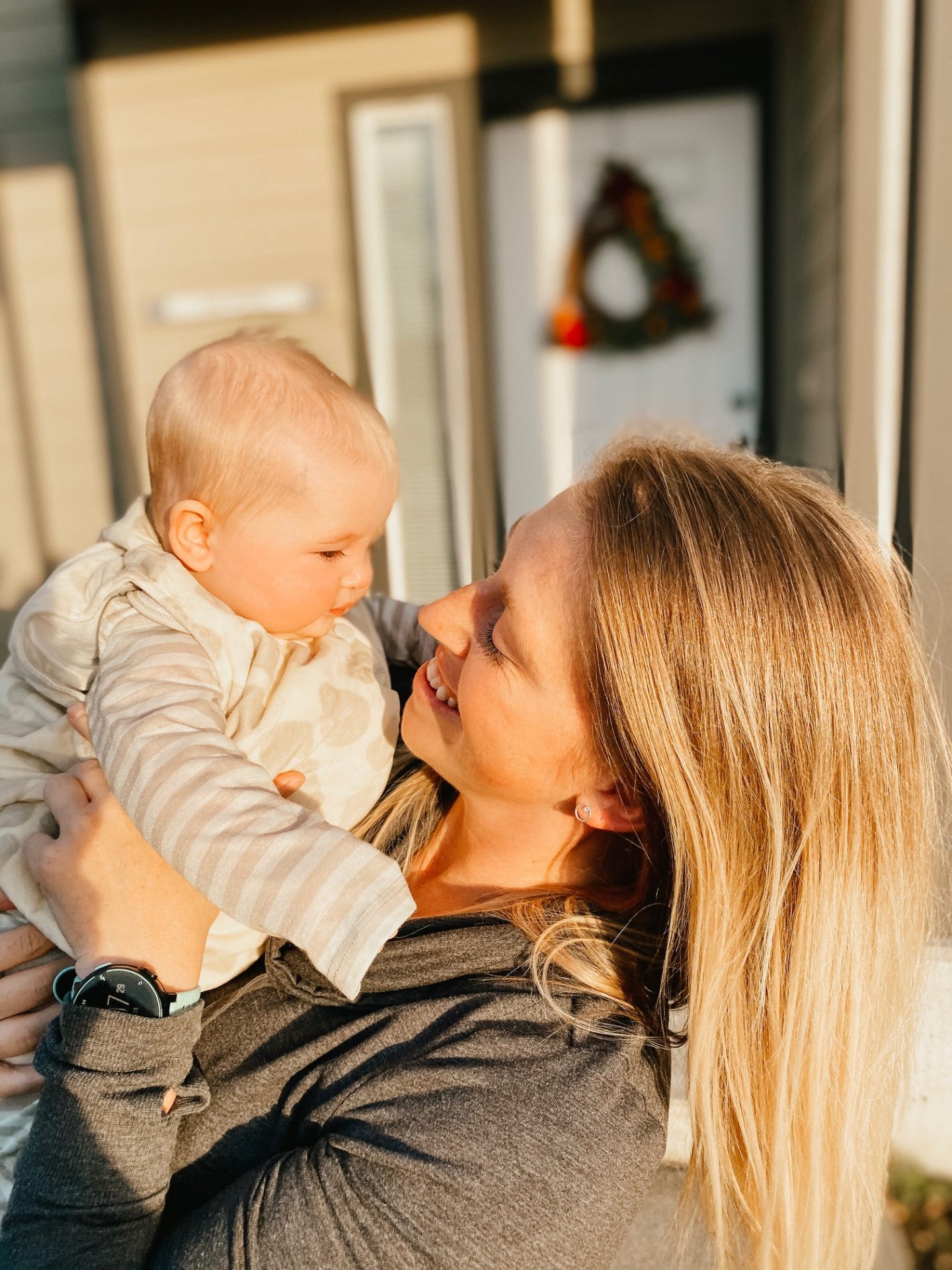 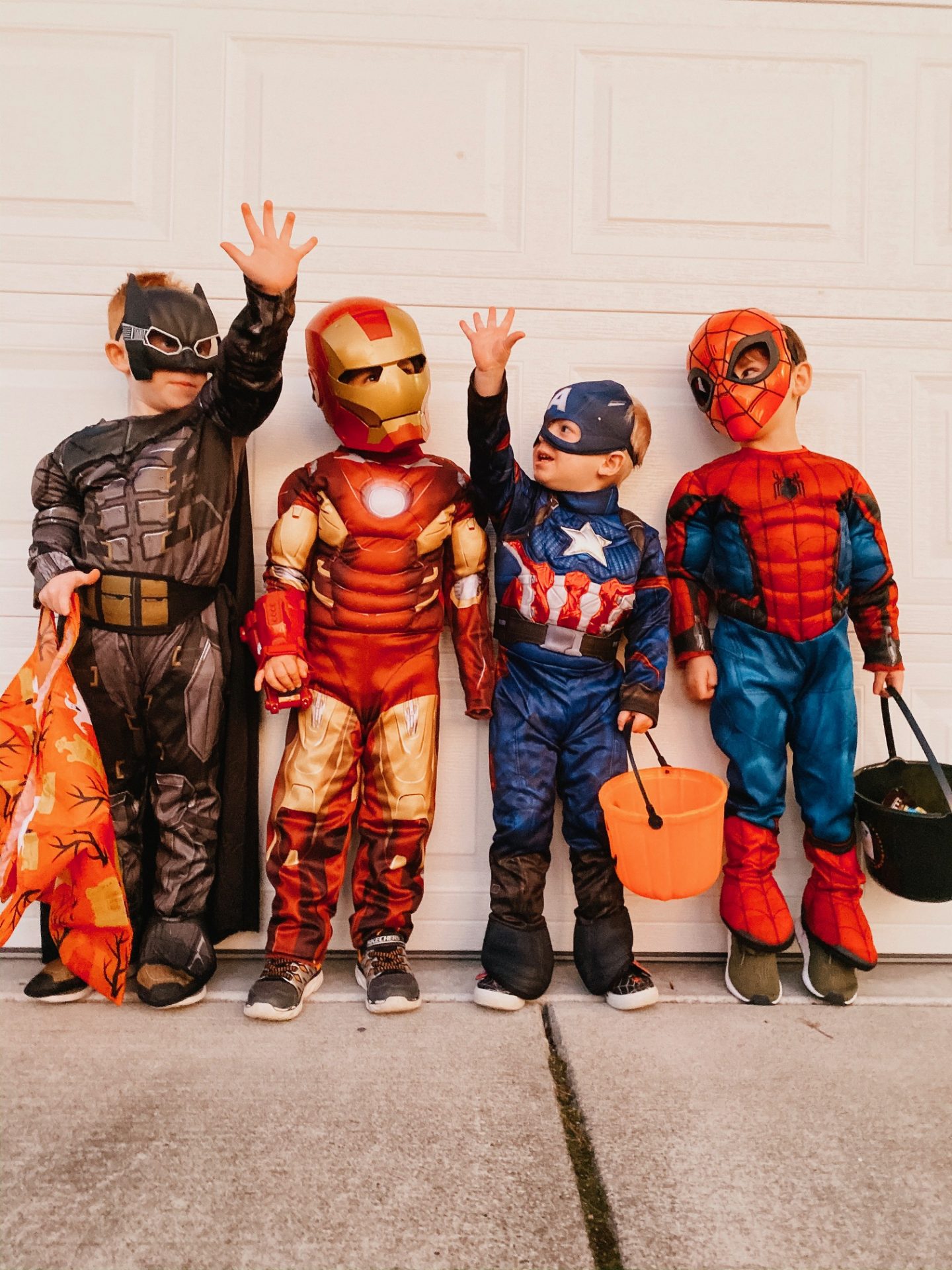 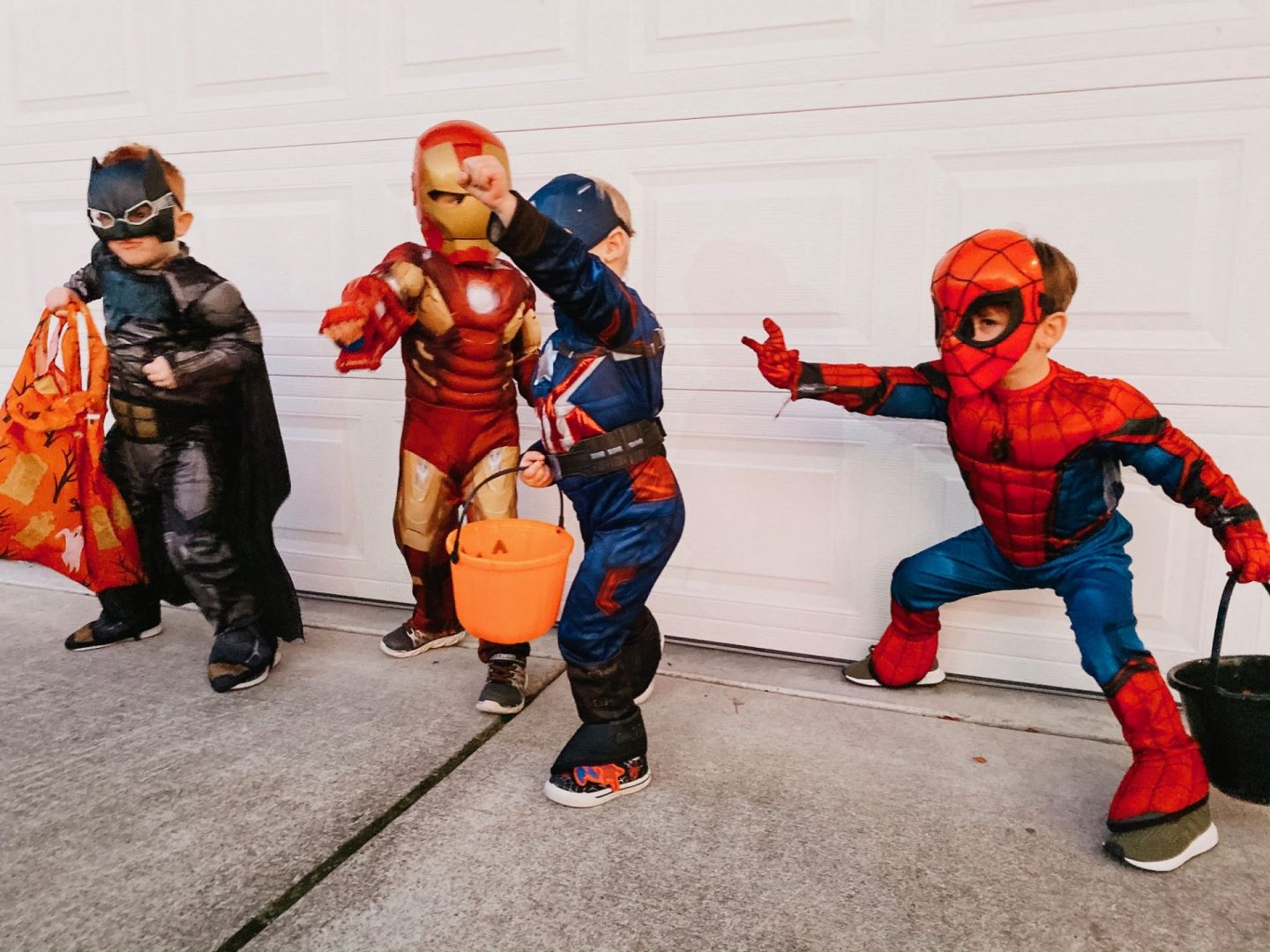 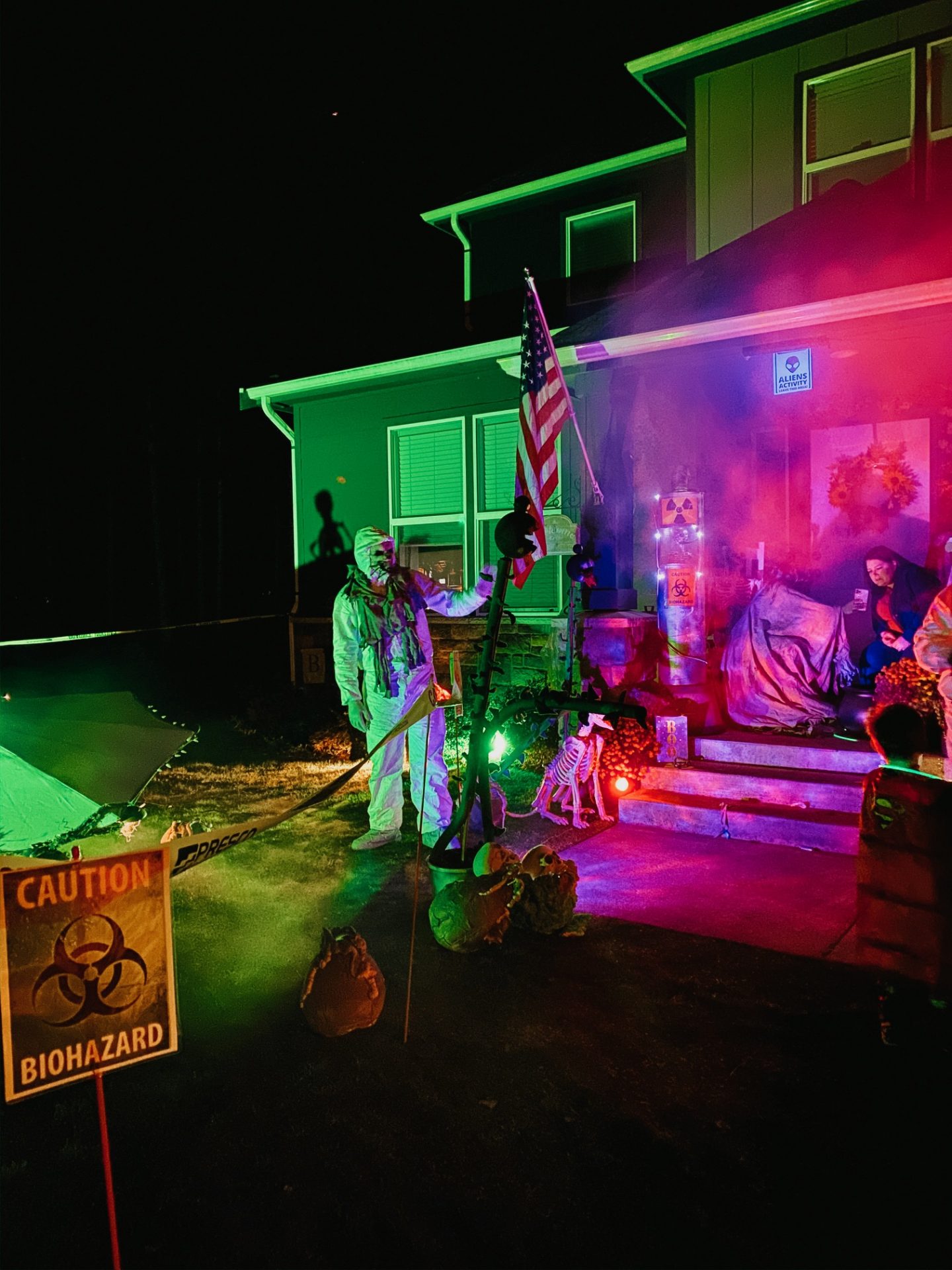 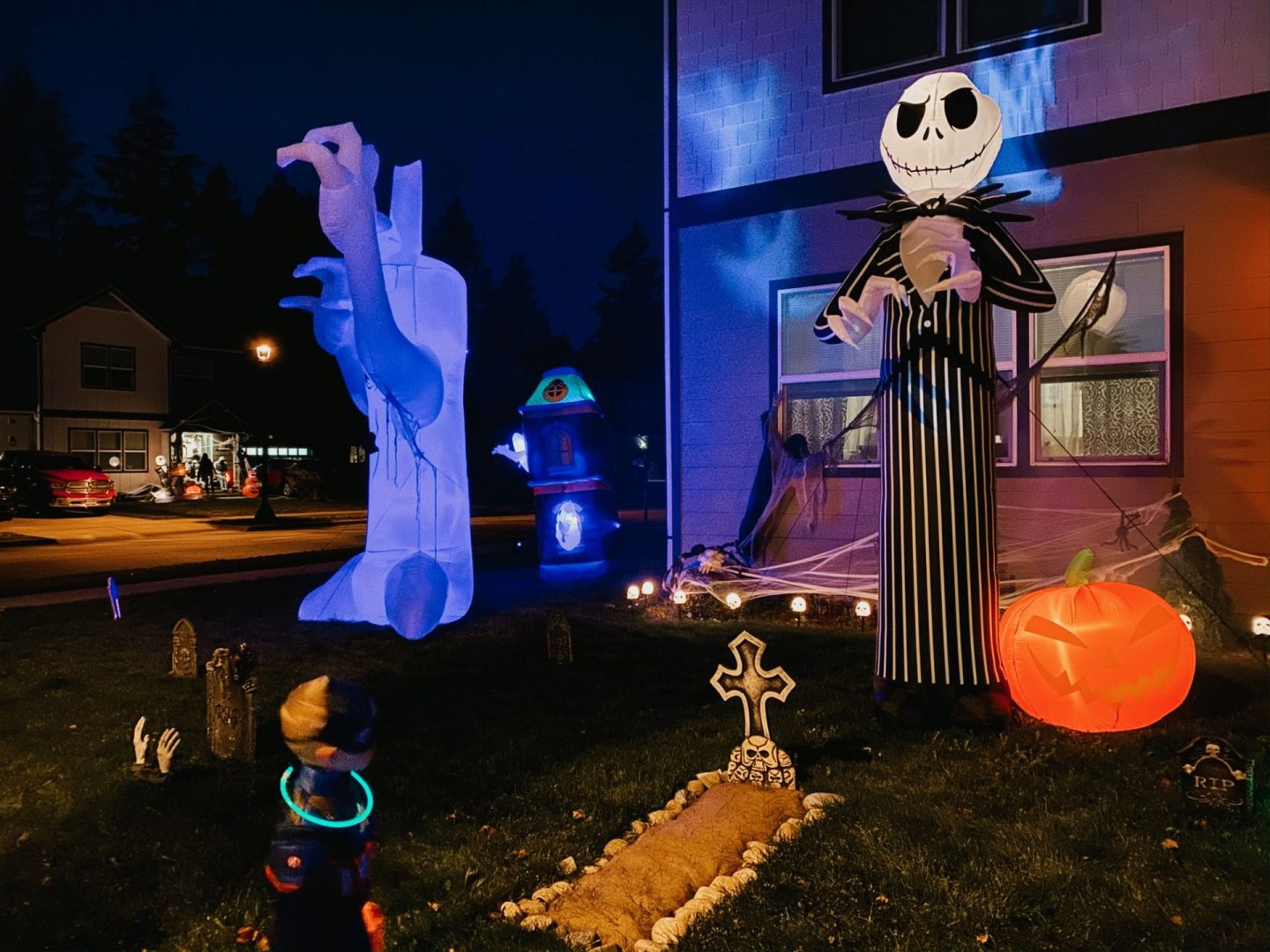 Each year, I’m reminded how much more fun these things are getting to do with the kids. Though they definitely got tired and cold near the end, they loved going to the houses, checking out the decorations, comparing candy with their friends, and just being in the thick of it. I read something the other day on Facebook that resonated with me. It said something to the effect of, “If you see someone on Halloween that looks a bit too old to be trick-or-treating, show them grace. Tonight, they chose their childhood over going to a party.” That hit me on a soul level, and I looked at those tweens and teens in a new light – especially the ones who helped Porter up when he tripped, or posed with him in matching costumes, 10+ years apart in age.

Halloween 2019 at JBLM was truly fun for the whole family and, though I’m glad Halloween is only once a year, I’m so glad my kiddos had a blast and that we were able to do it as a family this year. And now…the countdown begins for South Africa and our holidays in the motherland!